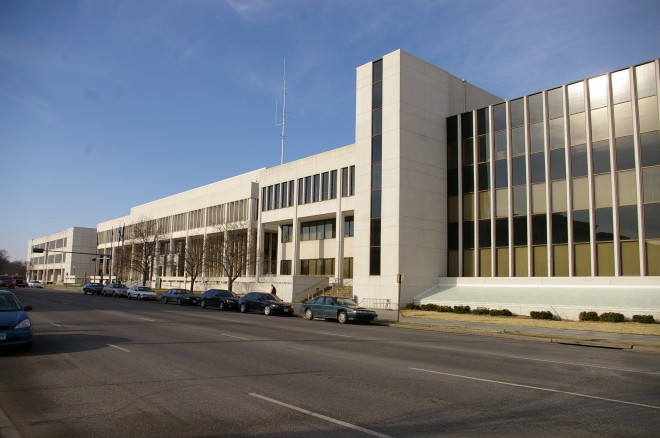 Lancaster County is named for the city of Lancaster in England and the county seat was Lancaster until the name was changed to Lincoln.

Description:  The building faces east and is a three story glass, chrome and stone structure. The building is located on landscaped grounds on the south side of the center of Lincoln. The east front has vertical diving pillars and further chrome dividers between the windows. There are three entrances in the center. The second story windows are smaller. There is a recessed third story. The roof line is flat. The building houses the District Court, County Court and County Juvenile Court of the 3rd Judicial District. The building is named as the City-County Building. On the south side is the three story County Justice and Law Enforcement Center designed by Sinclair Hille Architects of Lincoln and Bahr Vermeer Haecker Architects of Lincoln and constructed by Builders, Inc. in 1998 to 2000. The building has a recessed first story and horizontal windows on the second and third story. The roof line is flat.

See:  The Nebraska Supreme Court and Nebraska Court of Appeals are located in the county. 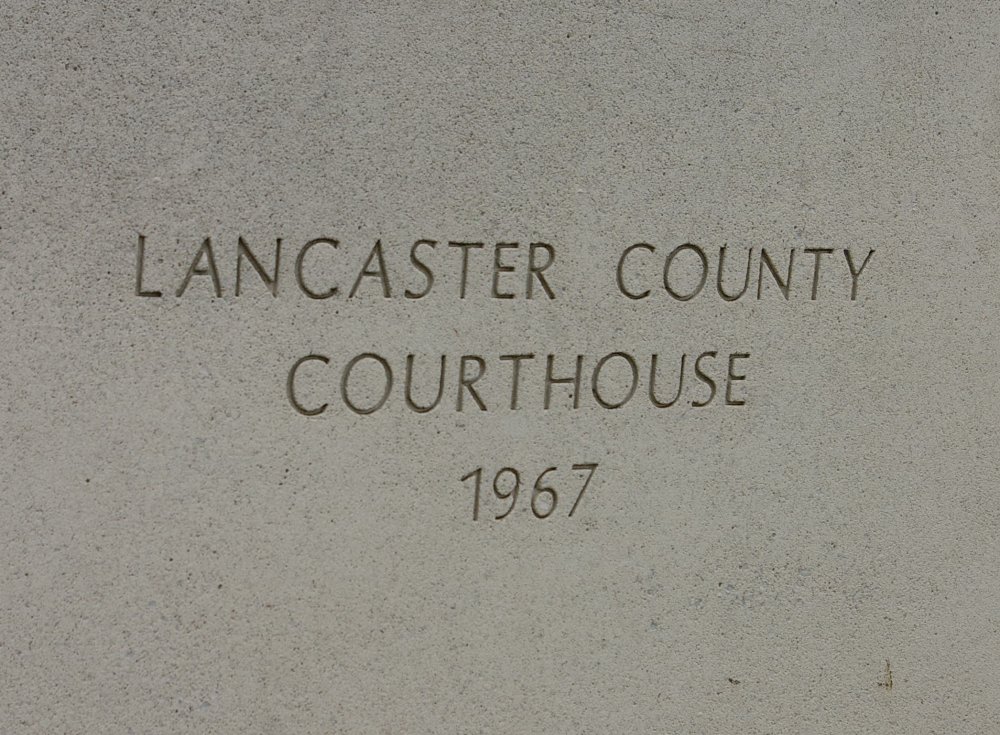 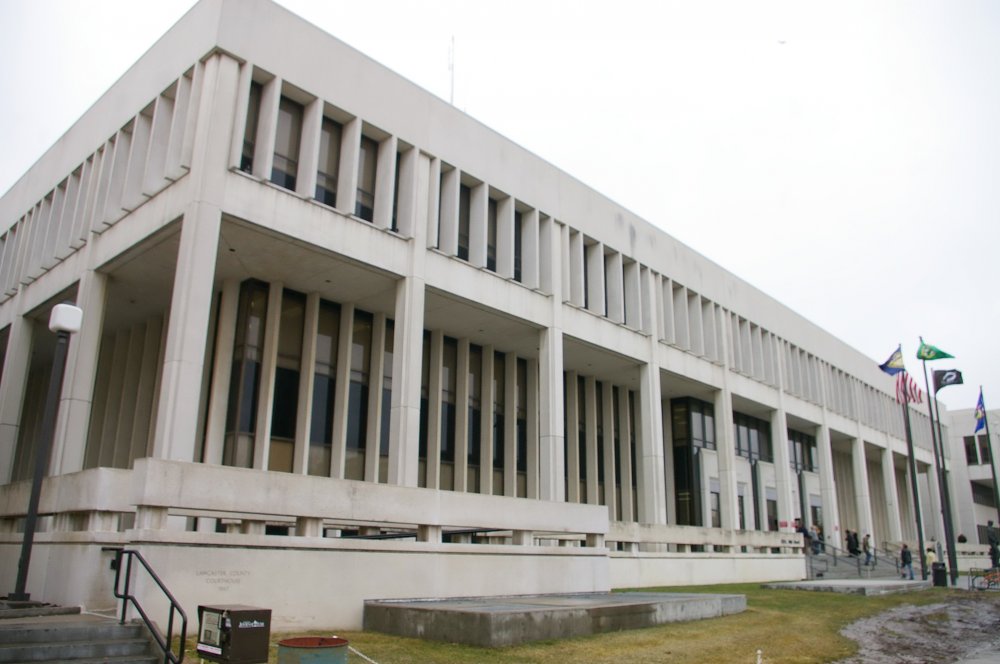 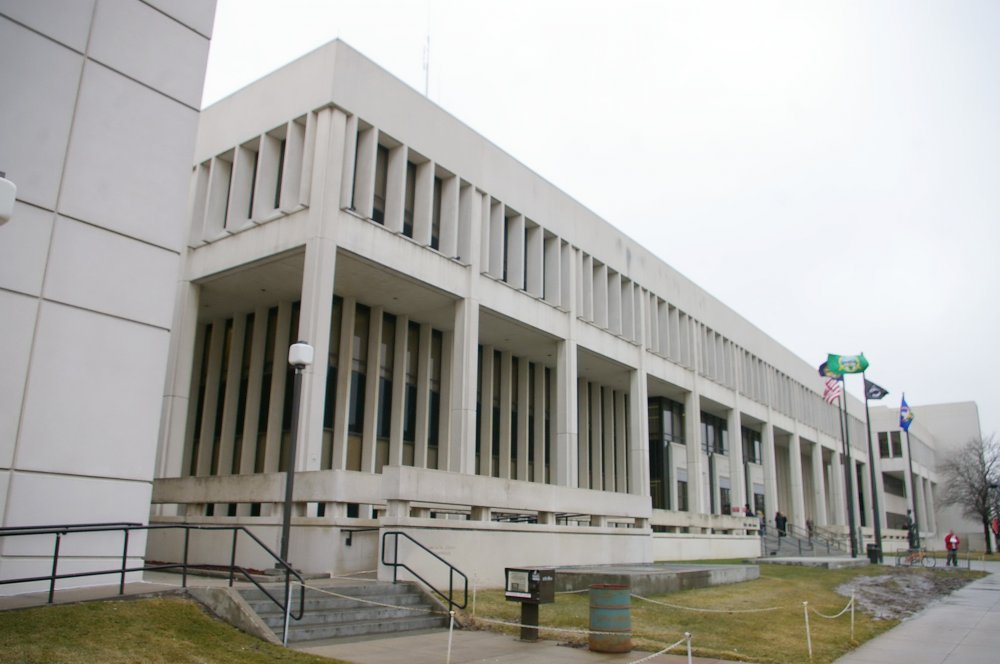 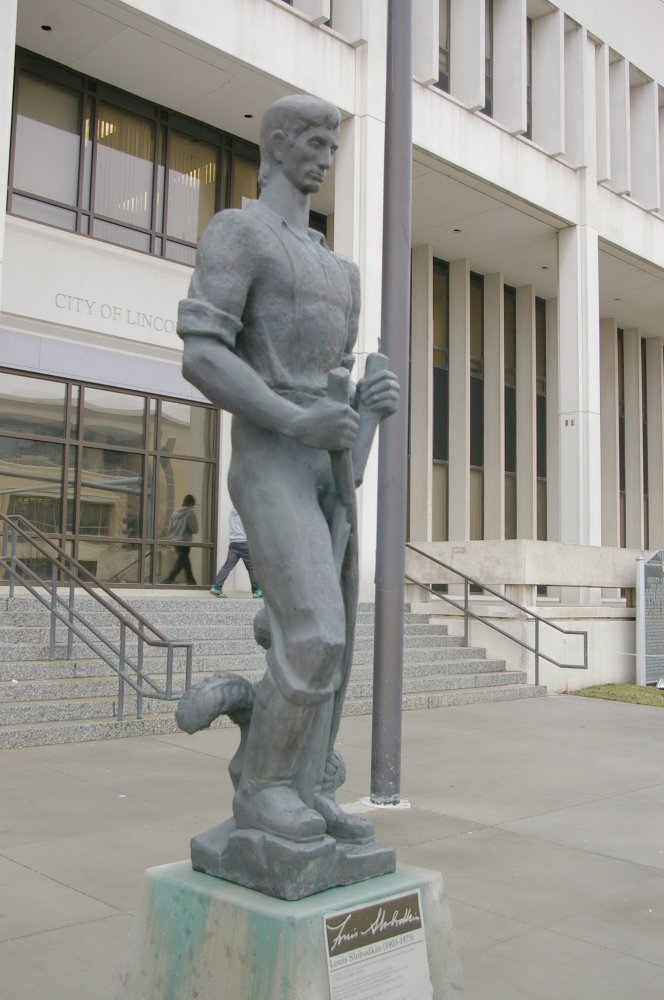 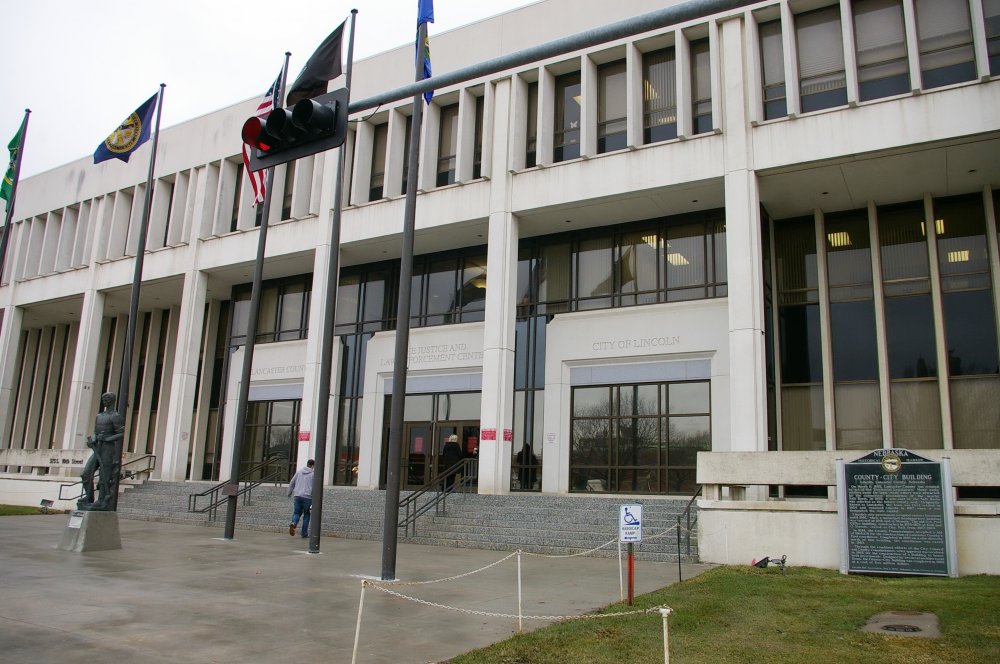 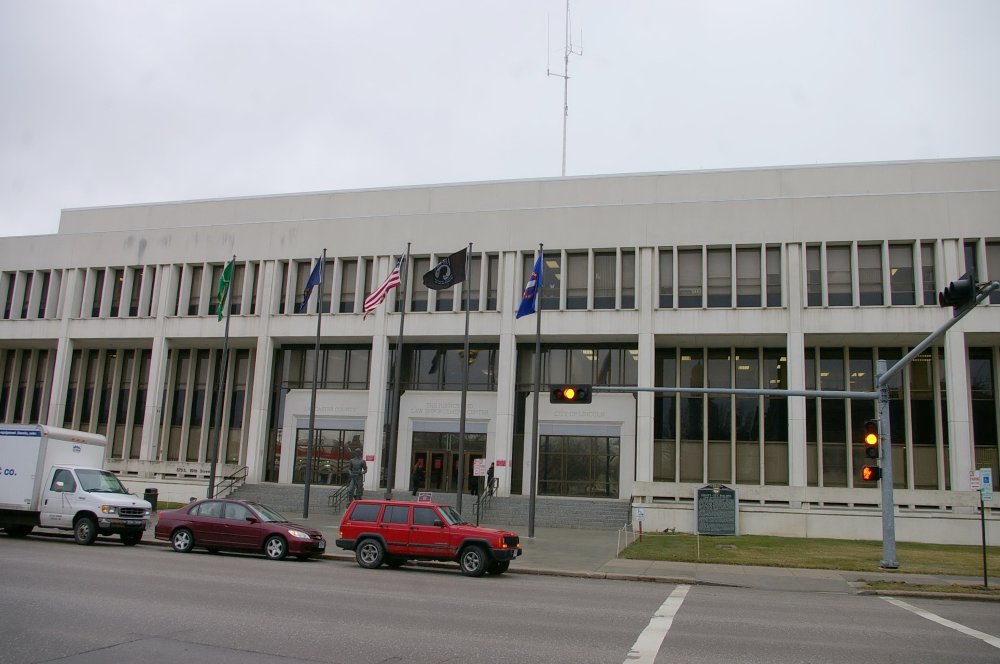 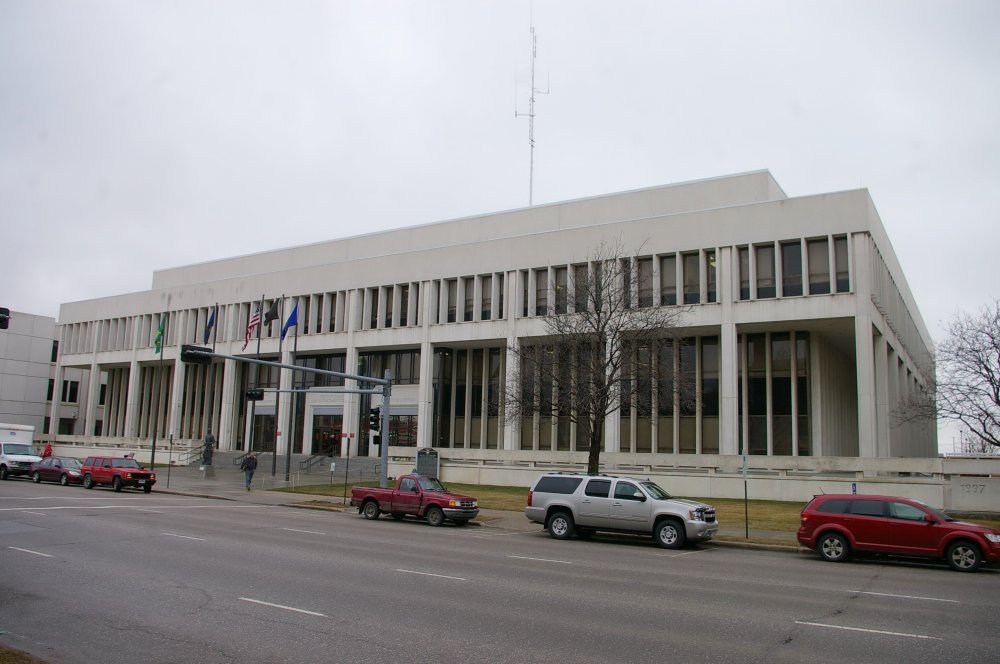 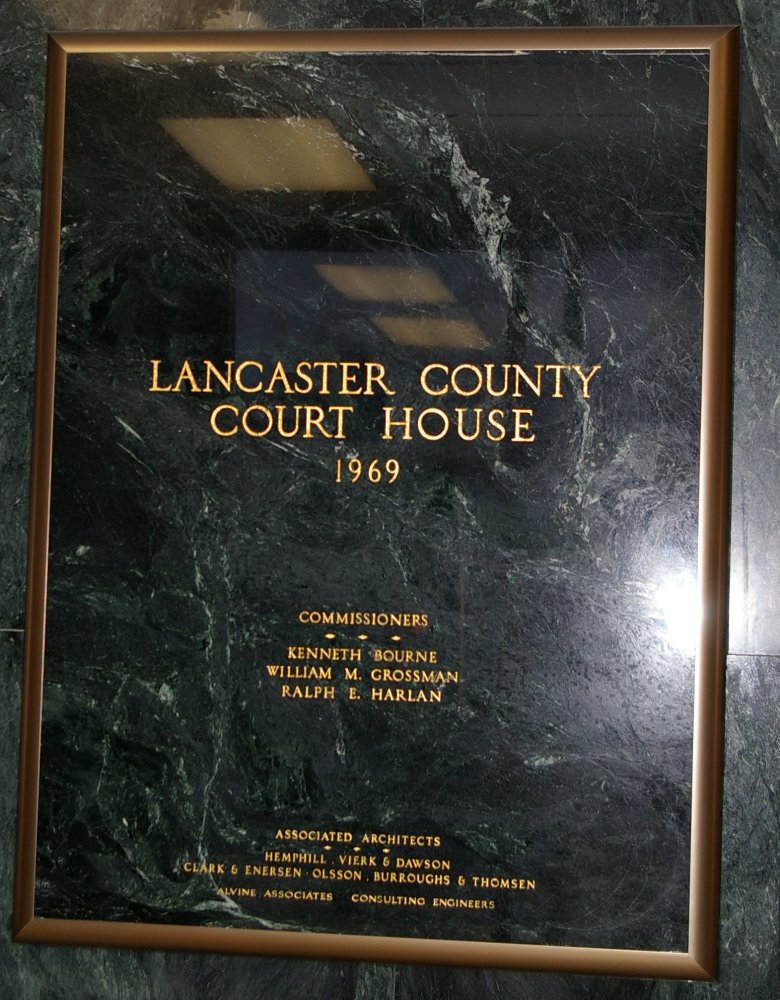 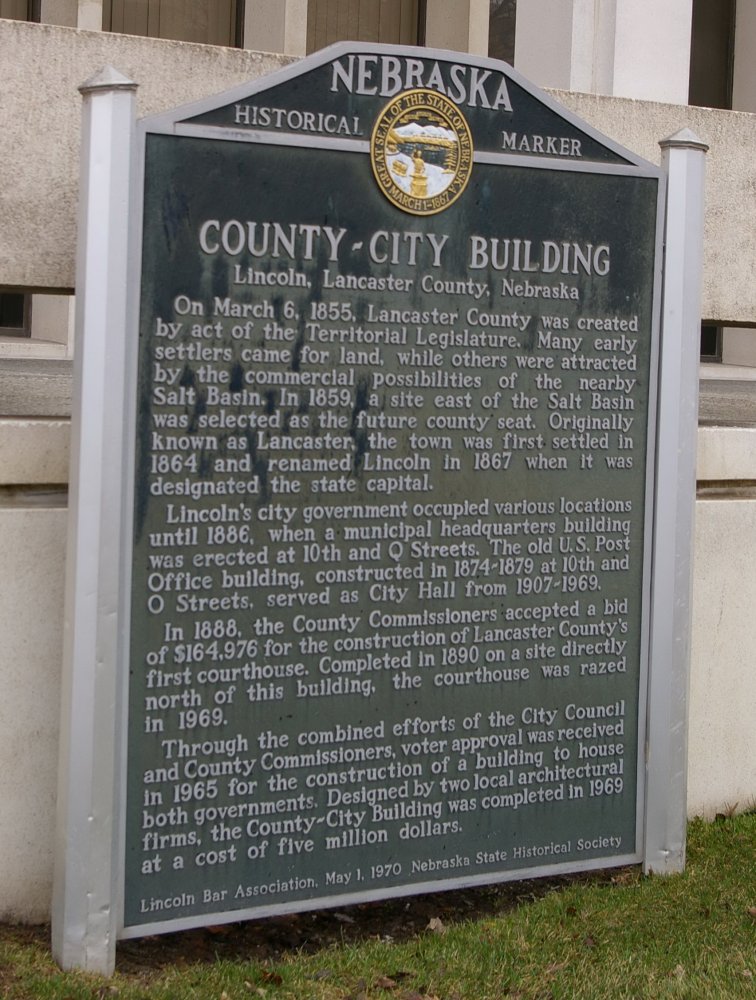 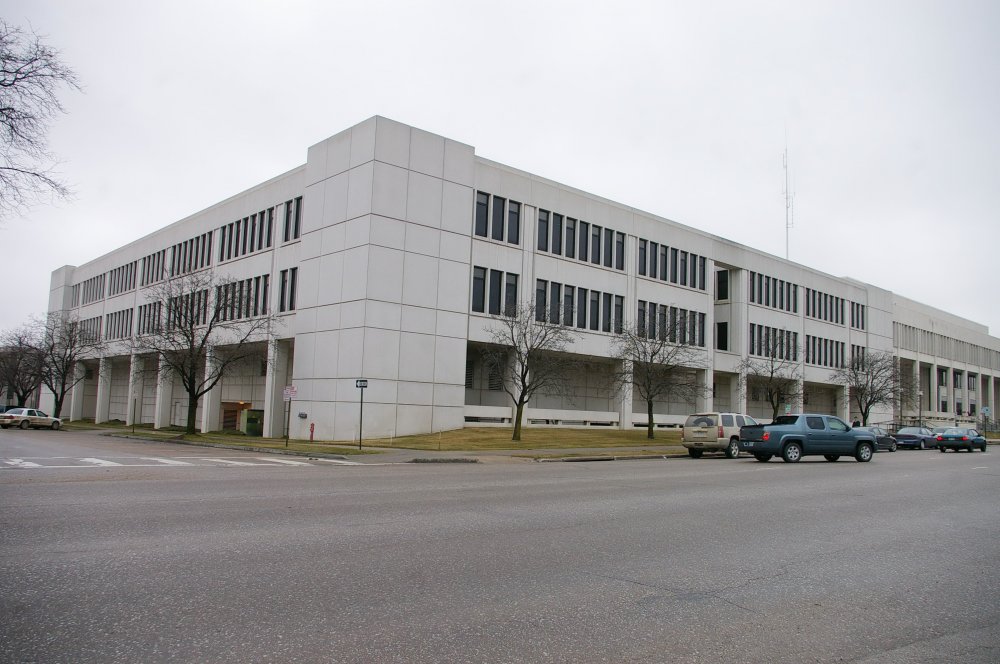 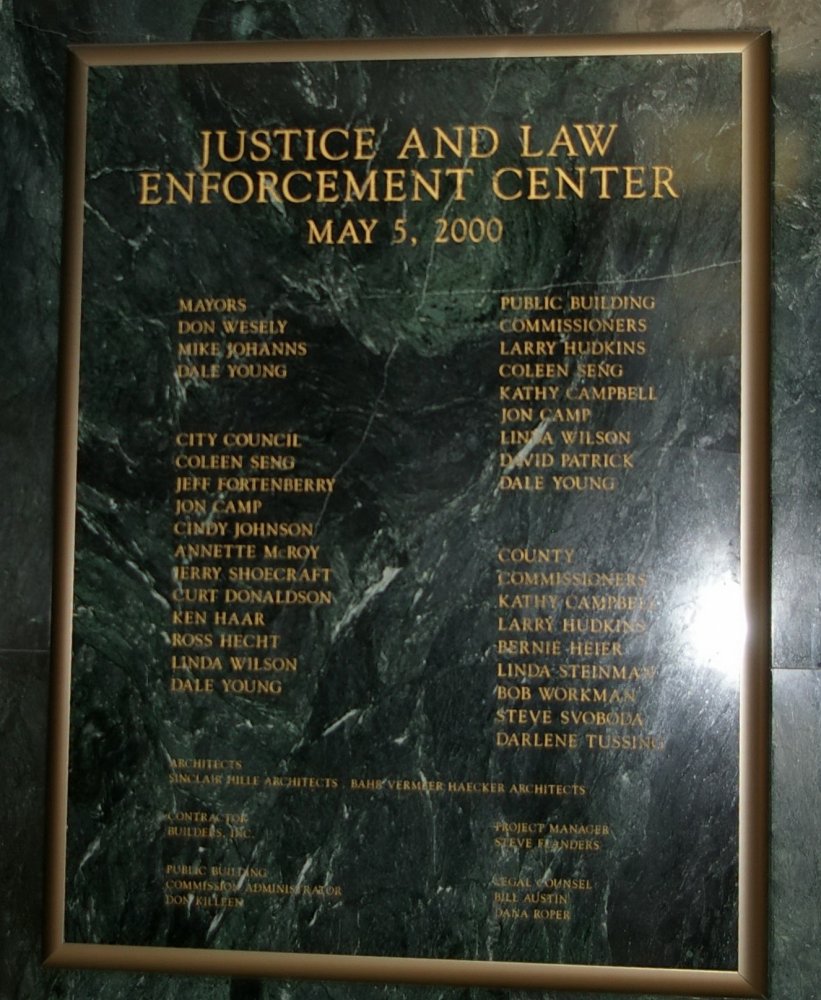