Gage County is named for William D Gage, who was a Methodist minister and who was the first chaplain of the first territorial assembly.

Description:  The building faces south and is a four story rock-faced blue colored Beattie limestone and Rawlins gray colored sandstone structure. The rectangular shaped building is located on landscaped grounds of the Courthouse Square in the center of Beatrice. The building sits on a raised basement of stone from Gage County, while the walls above are faced with nonlocal limestone. The building has a large square stone clock tower rising above the central south entrance. The tower has turrets and a steep peaked roof. The entrance is arched. On the southwest and southeast corners are rounded towers with peaked roofs. In the interior, the main courtroom is located on the east side of the third story. The building houses the County District Court and County Court of the 1st Judicial District. The building was partly destroyed by fire in 1960 and was restored. The architect was Arter and Speece and the contractor was Robertson Construction Company of Beatrice. The building was renovated in 2008 to 2011. The architect was Berggren Architects.

Note:  The board also decided to use Rawlins or Rawlings stone. rather than Warrensburg, Missouri sandstone. The Gage County commissioners were actively involved ln the courthouse construction, voting on the siting of the building, getting samples of stone, deciding not to wire the building for electricity.

Note:  On Jan. 7, 1960, fire gutted much of the central portion of the courthouse, but nearly all county records were saved and the fire marshal said the building was structurally sound.

History:  The county was created in 1855 and Beatrice was selected as the county seat in 1859. The county occupied rented premises until the first courthouse was built by Bims & Fordham in 1870 to 1871 at a cost of $15,000 on the site of the present courthouse. The building was demolished in 1889 as the building had deteriorated and after 1885 the district court had to be held in an old wood frame opera house. The second and present courthouse constructed in 1890 to 1892 at a cost of $92,400. 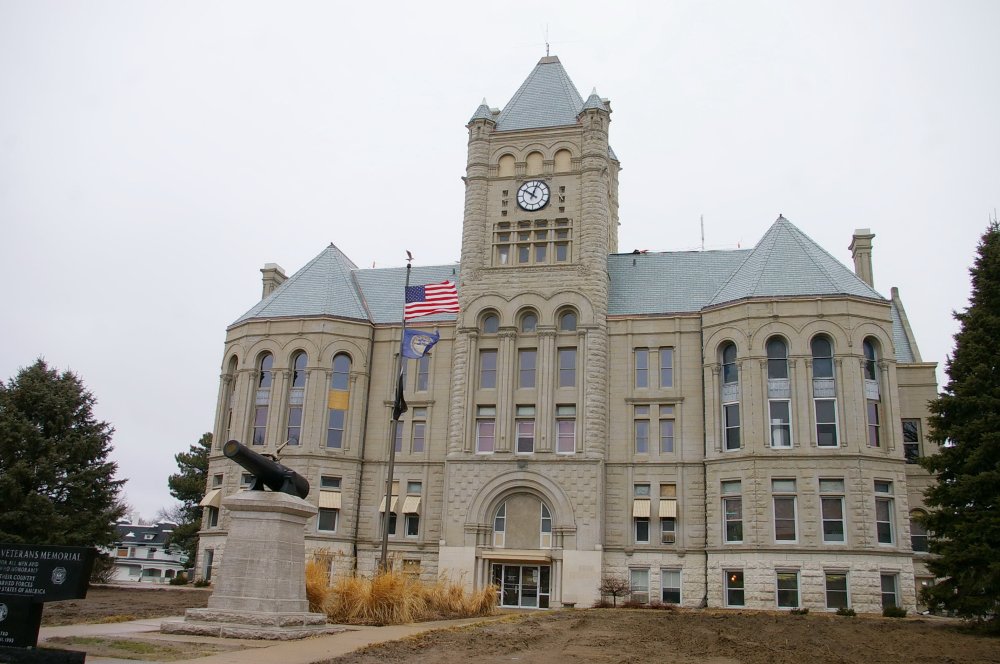 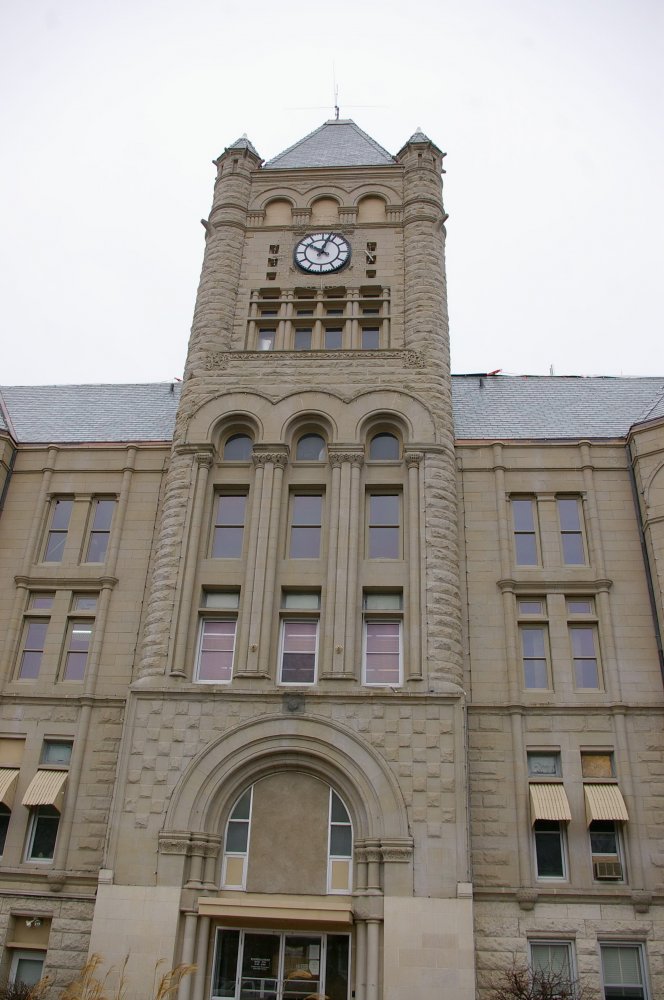 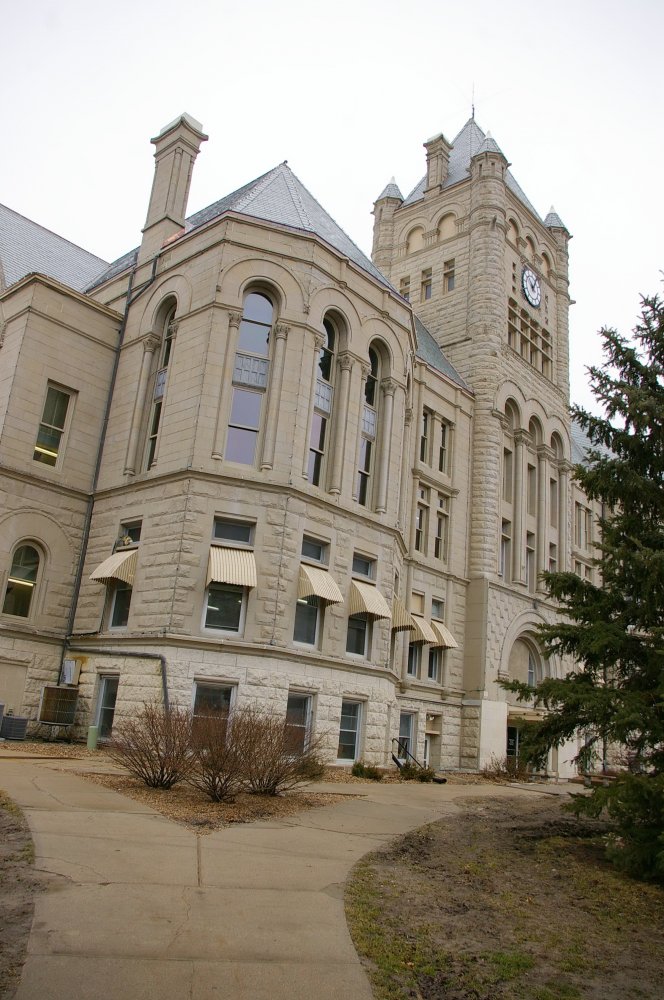 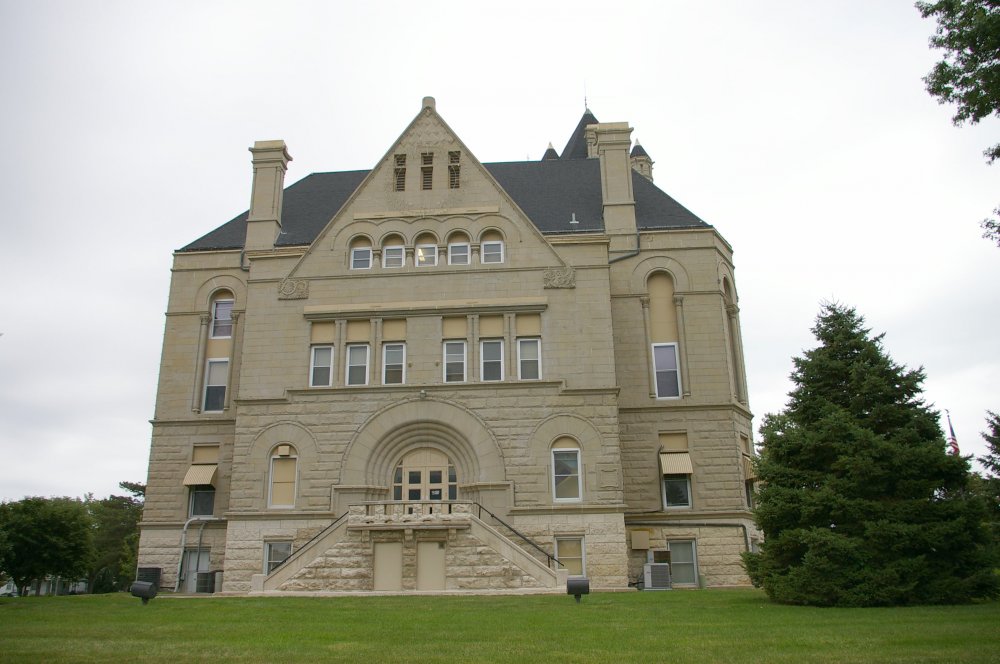 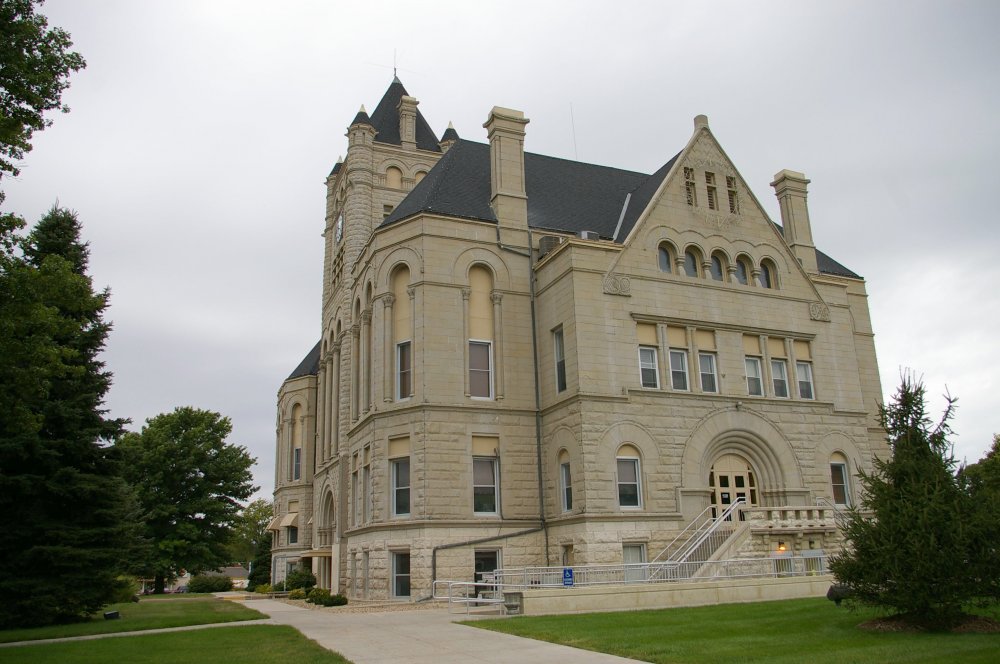 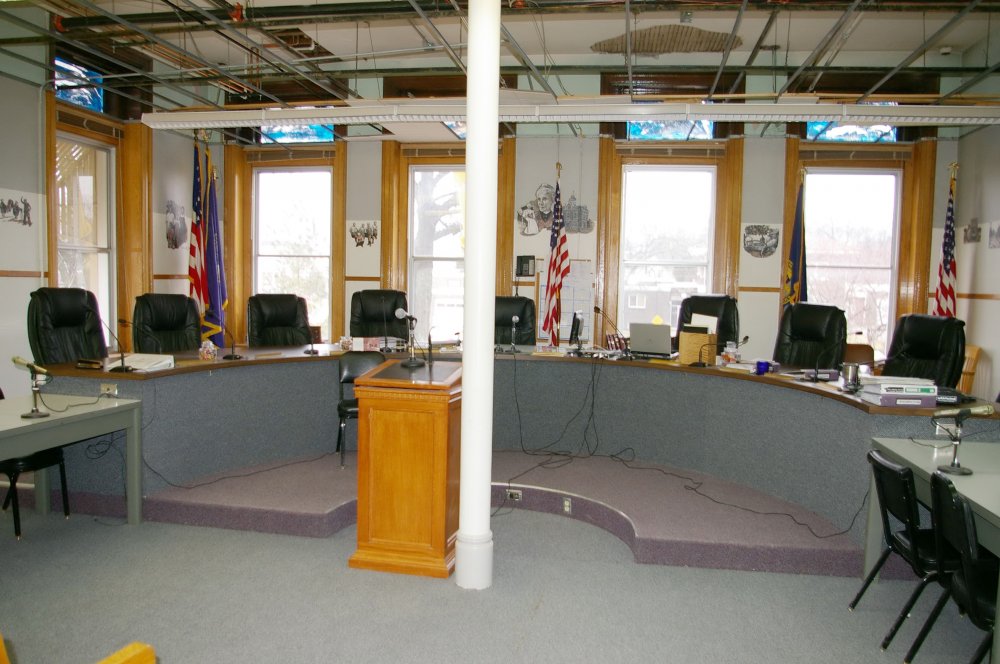 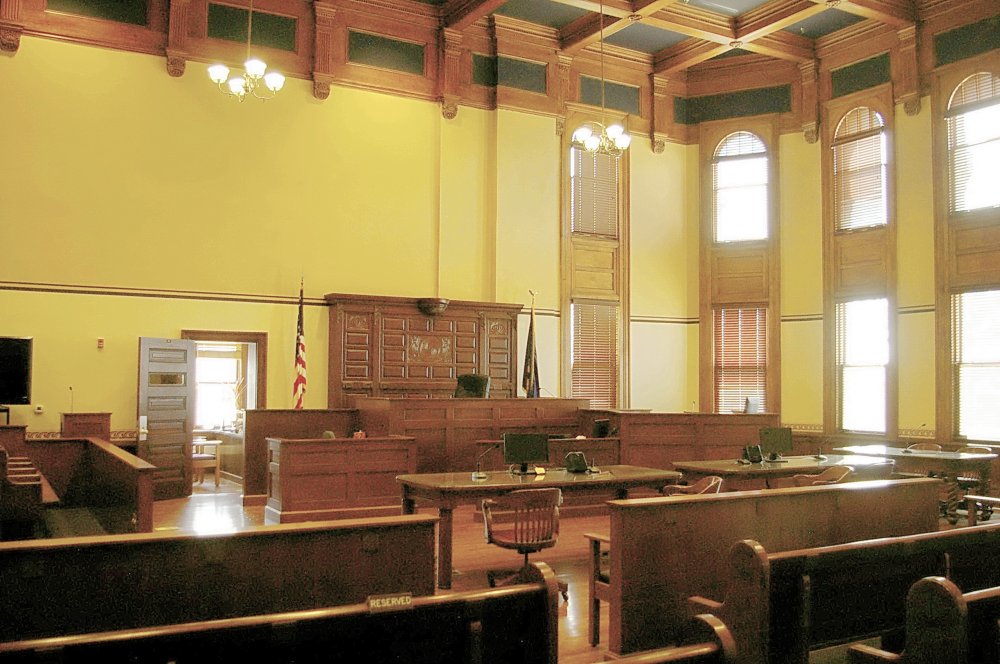