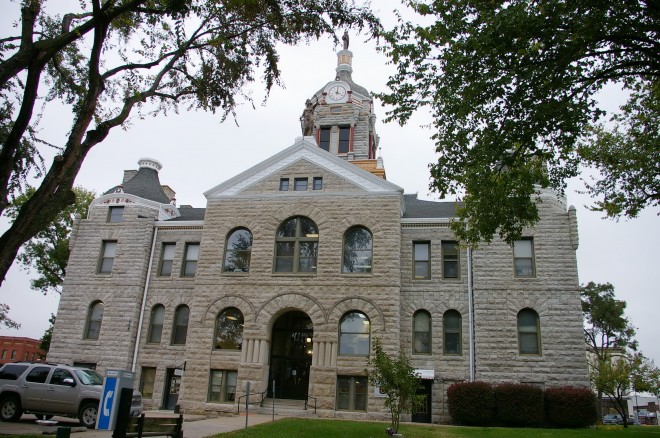 Bates County is named for Frederick Bates, who was the second governor of Missouri.

Description:  The building faces south and is a two story course gray colored Carthage stone structure. The building is located on landscaped grounds of the Courthouse Square in the center of Butler and is 84 feet by 104 feet. The south front has a projecting center section with arched entrance on the first story and rising to a peak. Above the entrance is a large arched window on the second story. On the center of the roof is a large square stone clock tower with the statue of Justice at the top of the dome. The interior form translates into the cruciform system of hallways. The floor tiles are yellow ocher, burnt umber, terra ctta and tan. There is varnished oak woodwork and an elaborate stairway. The courtroom is located on the second story.  The building houses the County Circuit Court of the 27th Judicial Circuit.

See:  The architect, George E McDonald of Omaha, Nebraska designed courthouses in Kansas in Elk County; in Missouri in Andrew County, Johnson County and Lawrence County; in Nebraska in Fillmore County and Nuckolls County and in Wyoming in  Niobrara County. 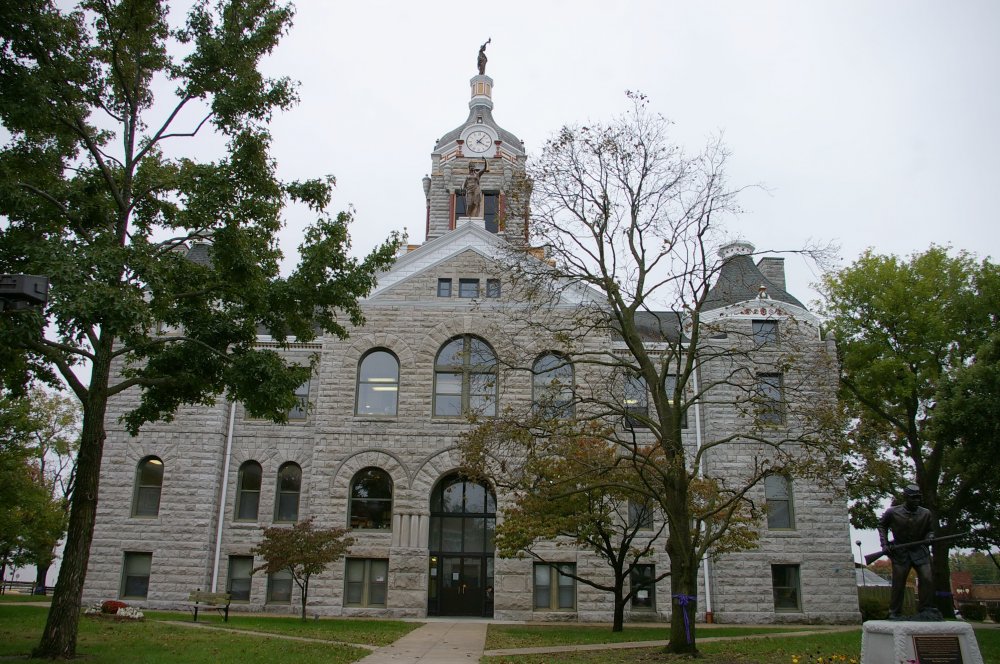 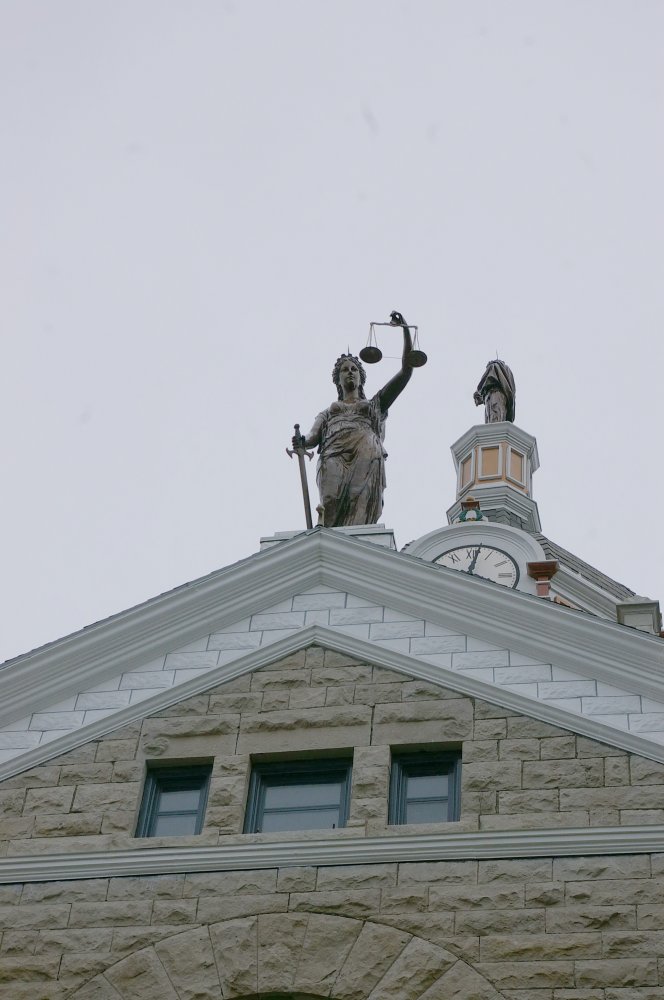 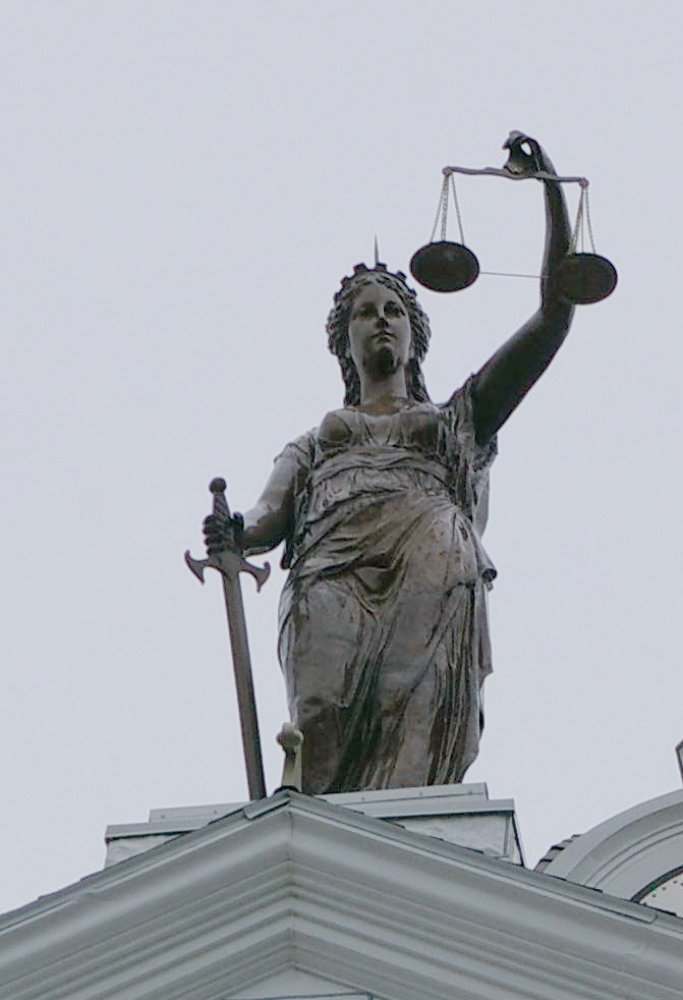 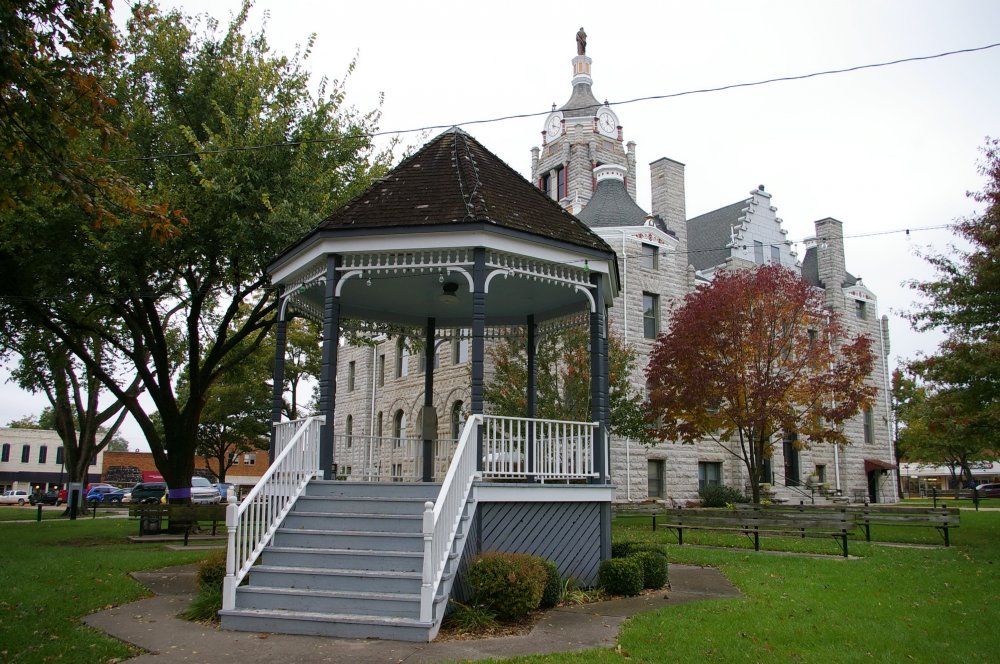 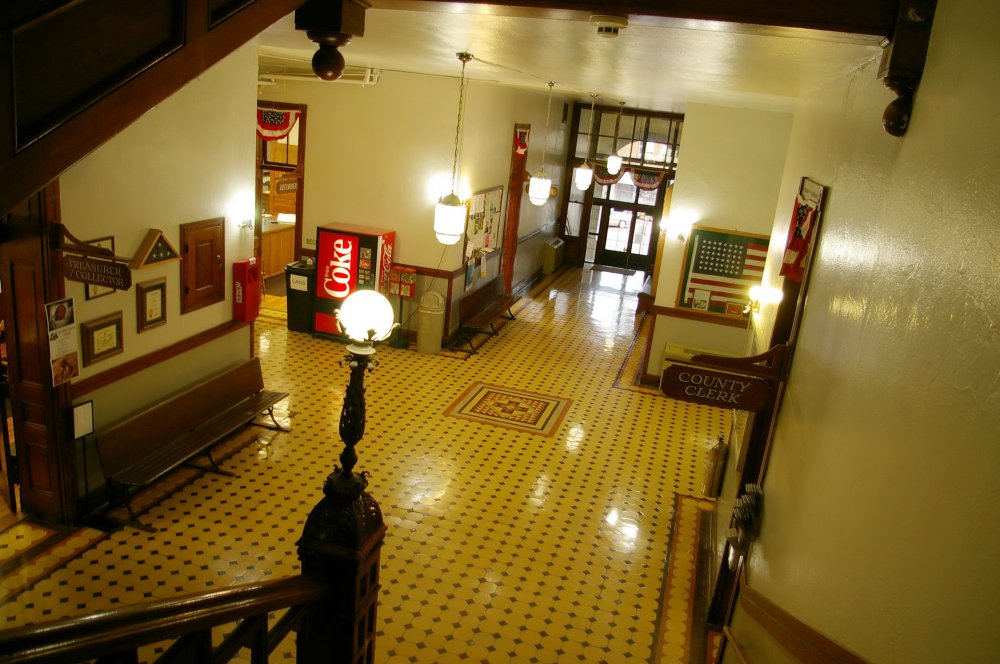 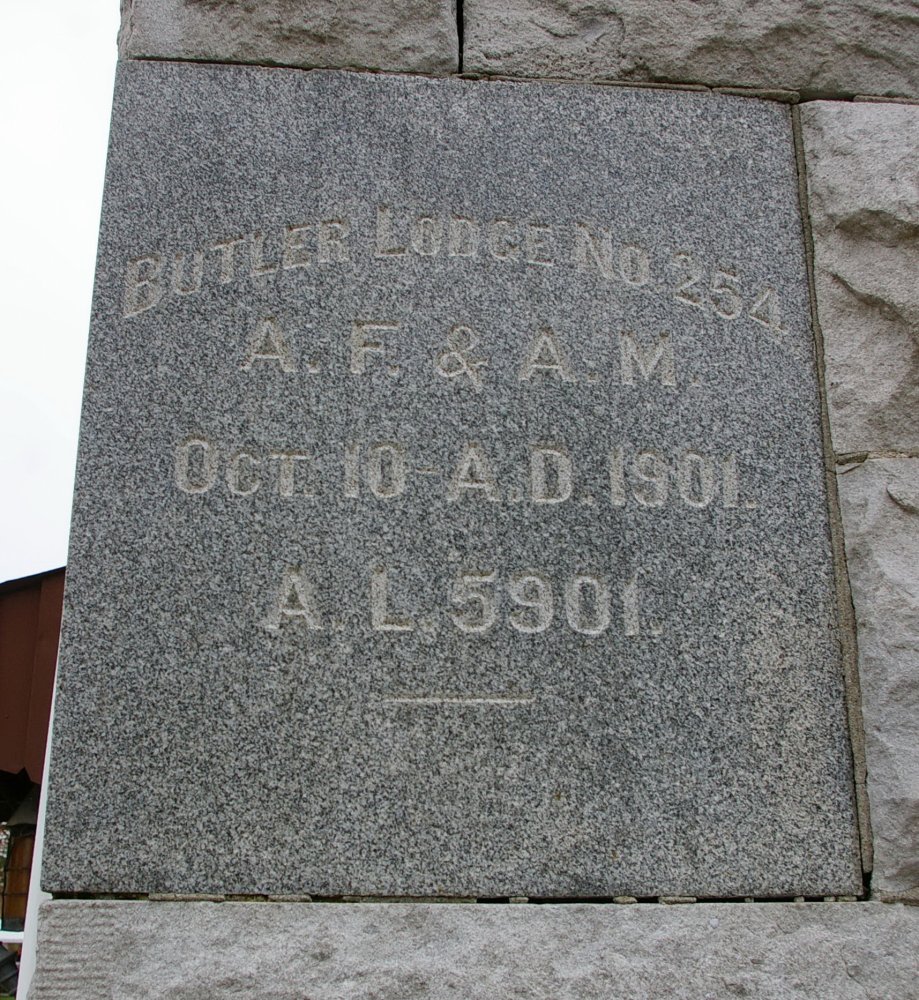