Description: The building faces south and is a four story brick, concrete and glass structure. The exterior is precast with brick. The interior has terrazzo and granite stonework. 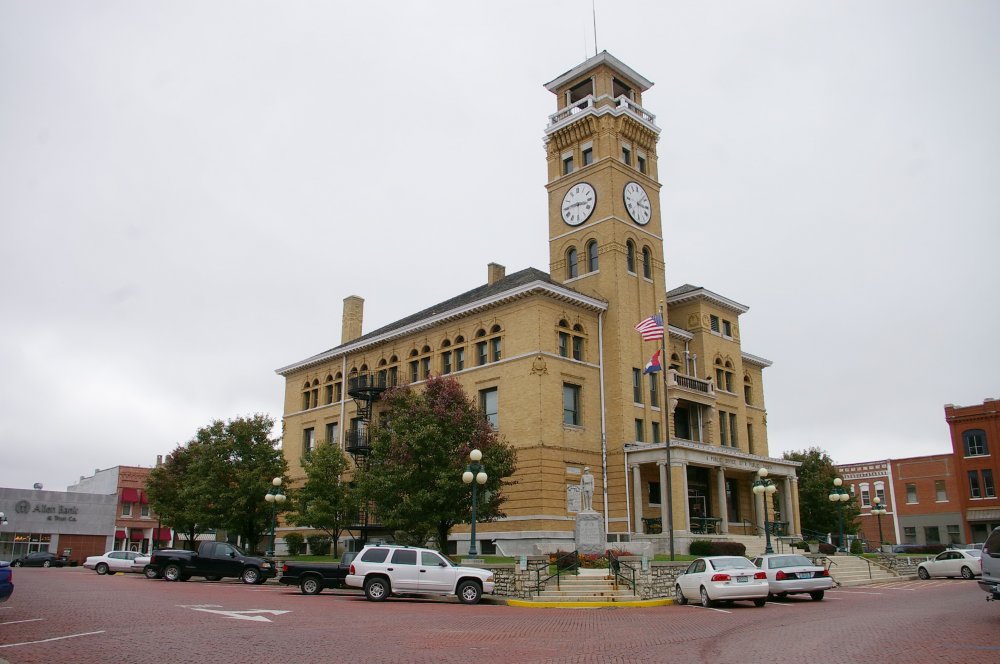 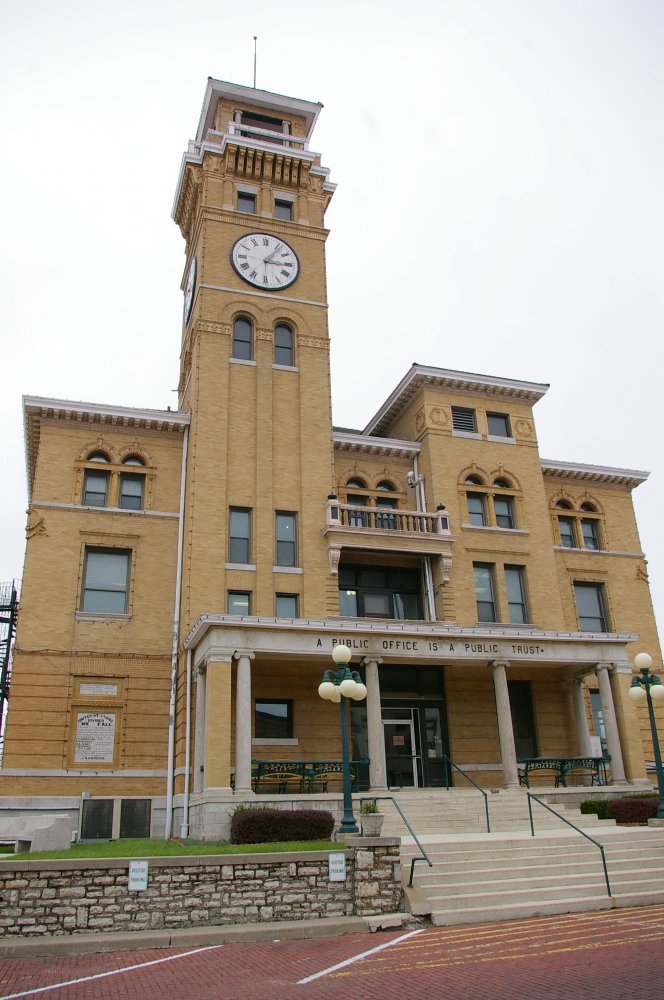 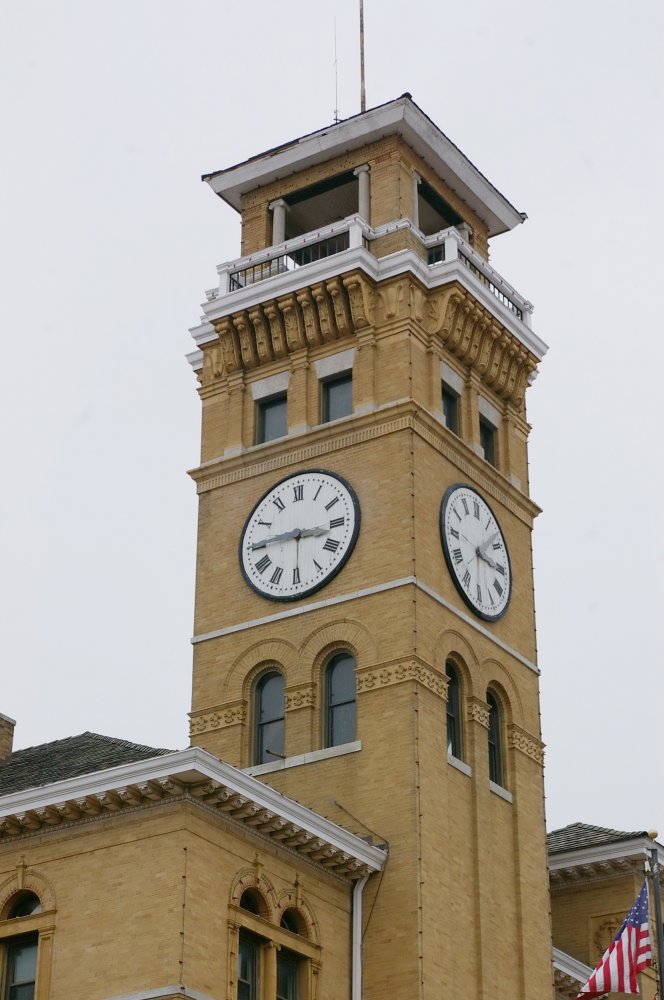 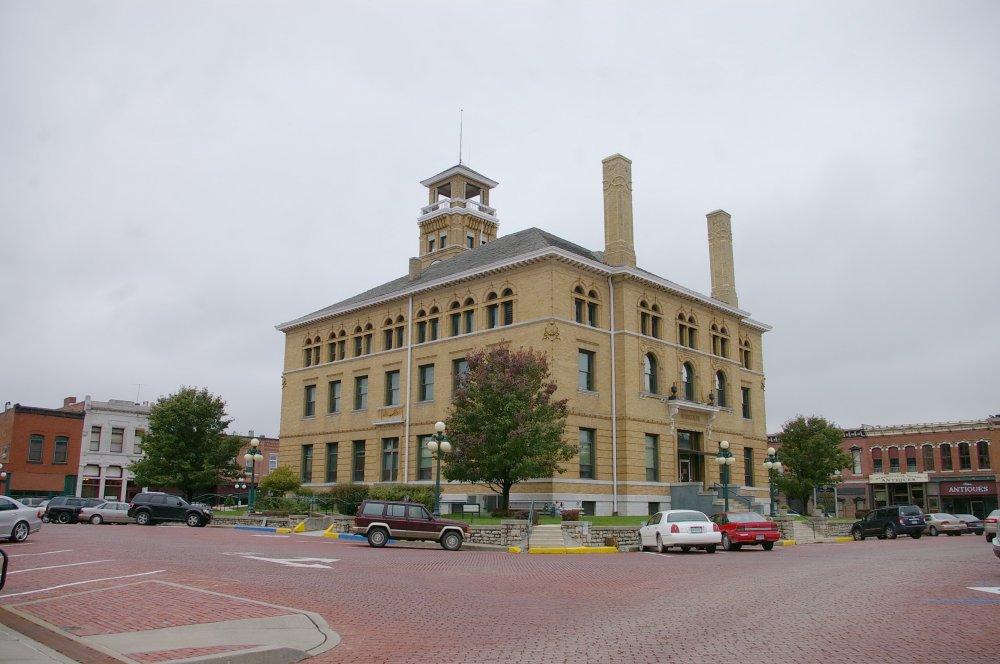 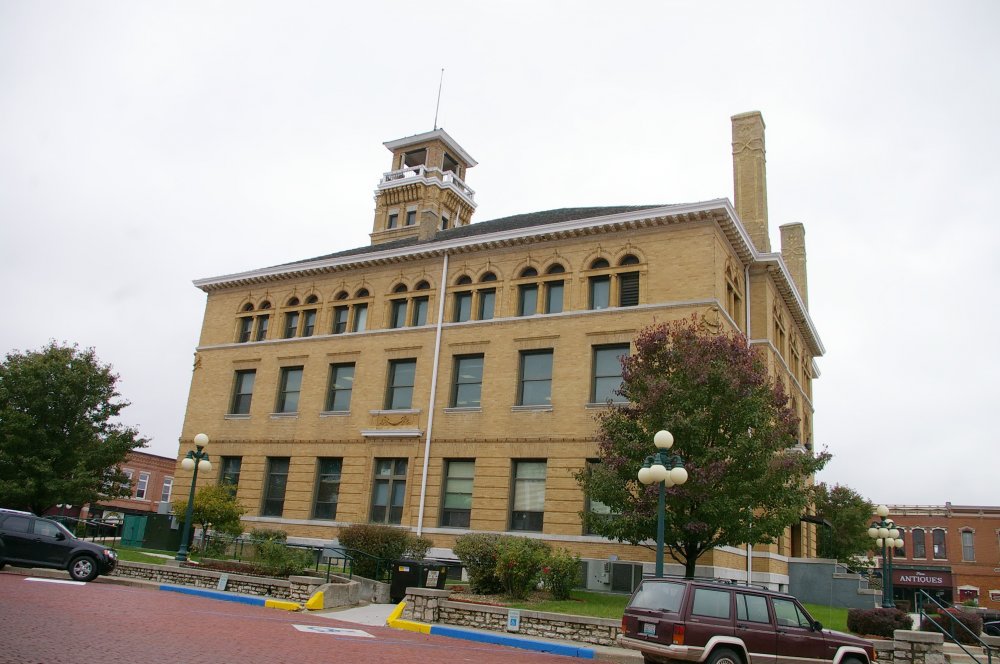 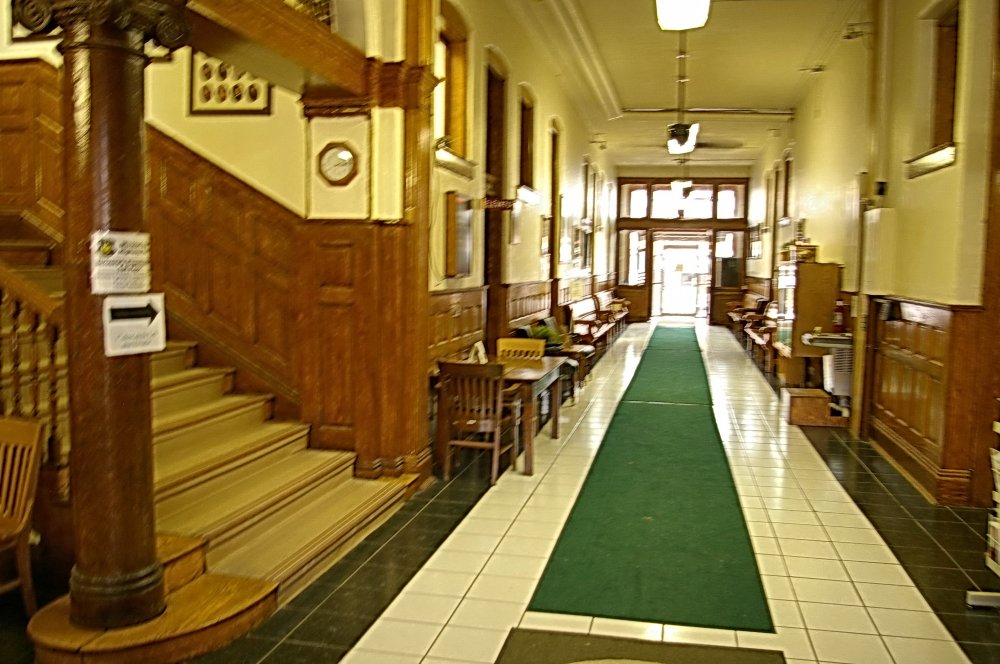 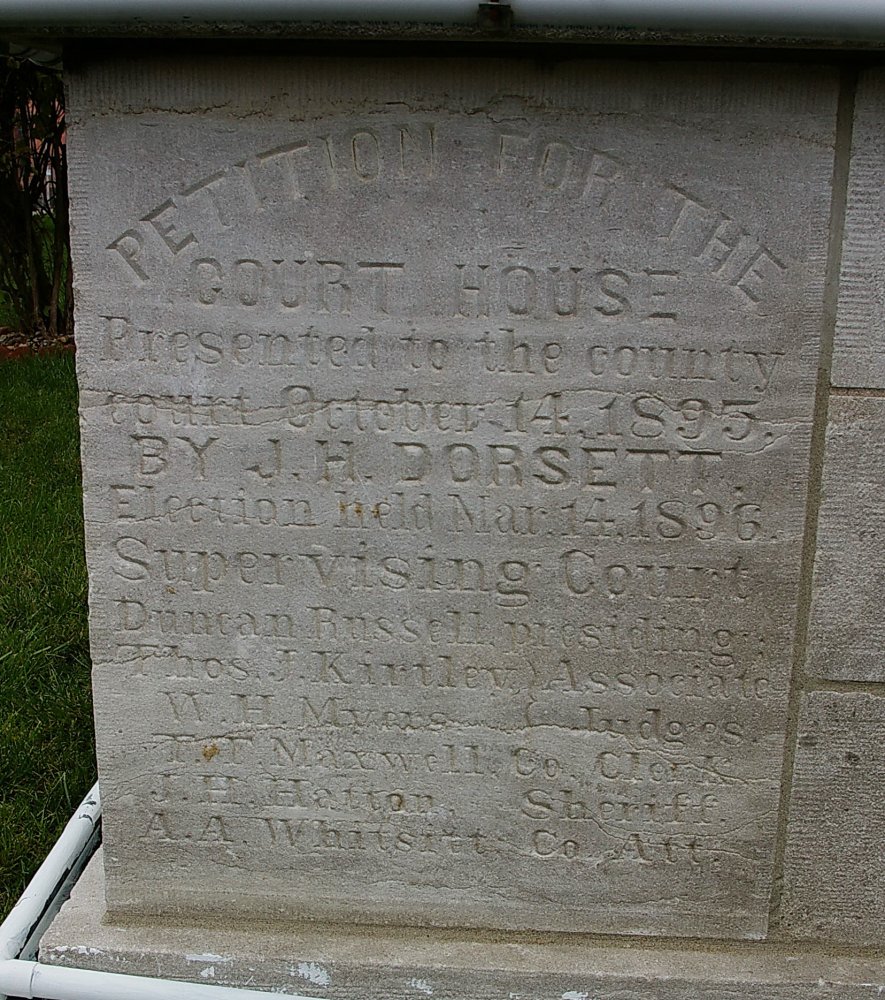