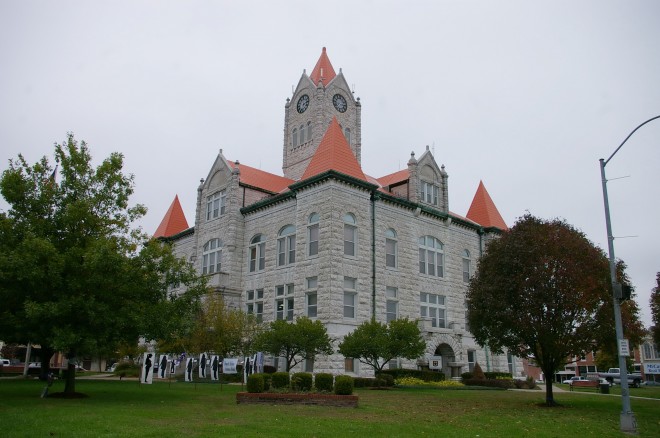 Vernon County is named for Miles Vernon, who was a state senator from Missouri.

Contractor:  F Dye and J B Beagles Contractors of Nevada

Description:  The building faces south and is a three story course gray colored Carthage stone and concrete structure. The building is located on the landscaped grounds of the Courthouse Square in the center of Nevada and is 80 feet by 100 feet. The south front has a projecting center section with arched entrance on the first story and rising to a peak. Above the entrance is a large arched window on the second story. On each corner is a large square stone tower with peaked red colored roof. On the center of the roof is a large square stone clock tower with peaked red colored roof. Small turrets accent the clock tower. In the interior, the main staircase is made of quarter-sawed oak. The 12 feet to 15 feet ceilings display the W F Norman sheet metal tiles. There is a large courtroom on the second story. The building houses the County Circuit Court. In 1973, the building was renovated.

History:  The county was created in 1855 and Nevada was selected as the county seat. First courts met in private homes. The first courthouse was a two story frame structure designed by D C Hunter the county clerk and superintendent of construction and was built by James Bryan in 1856 to 1857 at a cost of $900. A clerk’s office was built on the southwest corner of the square in 1860 for $550. Both the courthouse and clerk’s office were destroyed by fire in 1863. The second courthouse a tgwo story structure was constructed by Charles W Goodlander under the supervision of A A Pitcher at a cost of $25,000 in 1868. The third and present courthouse was constructed in 1906 to 1908 at a cost of $95,215. 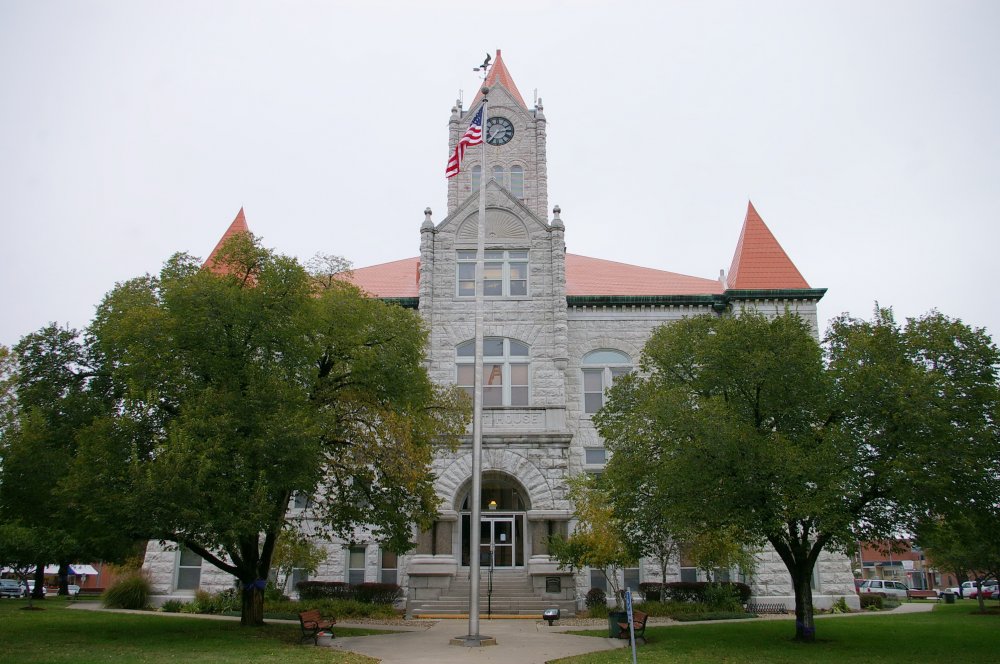 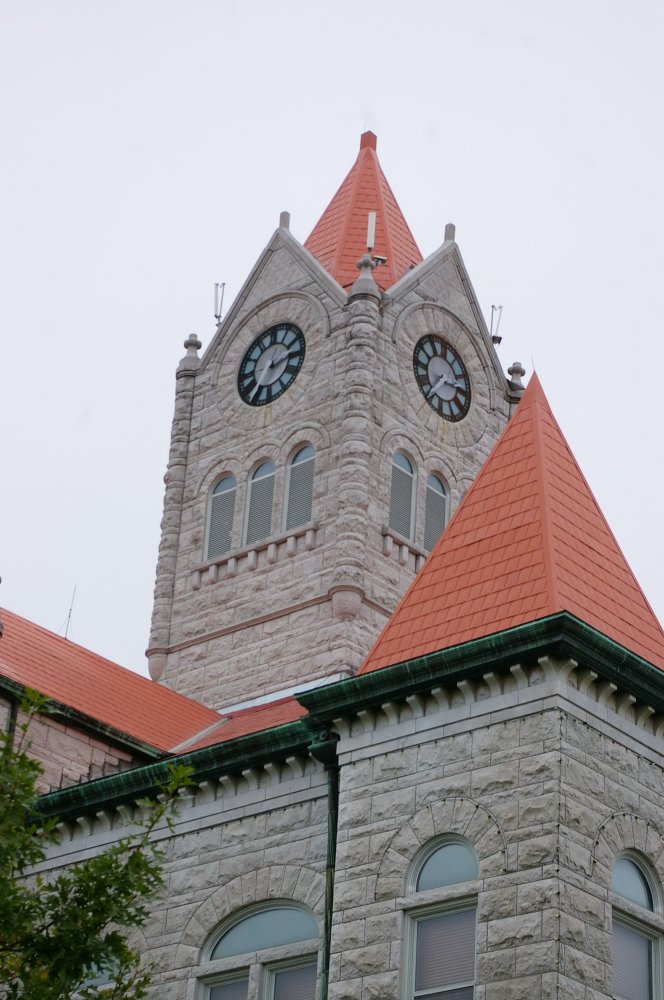 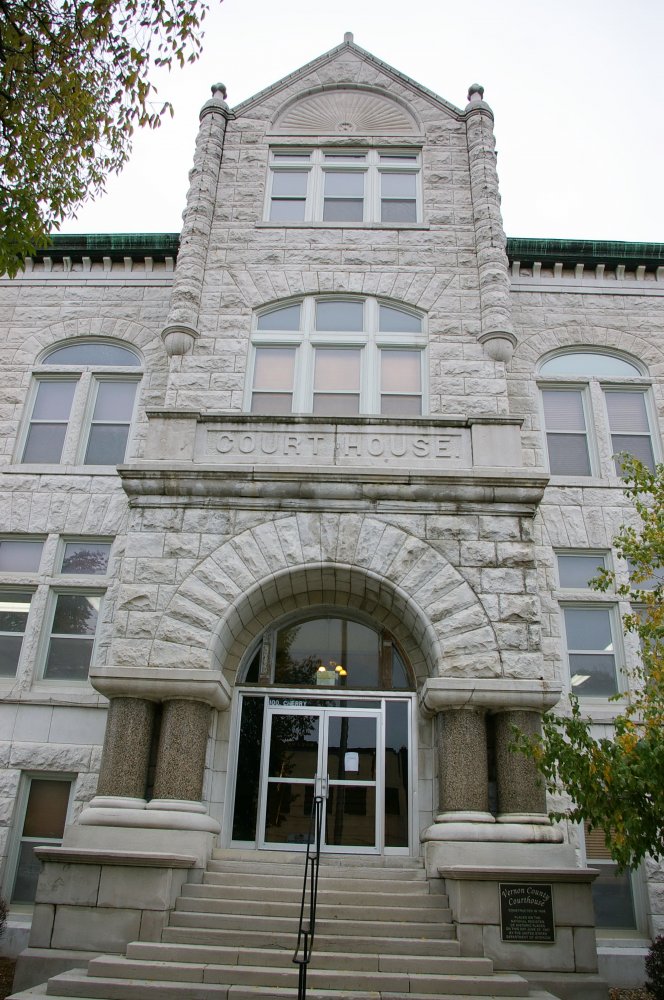 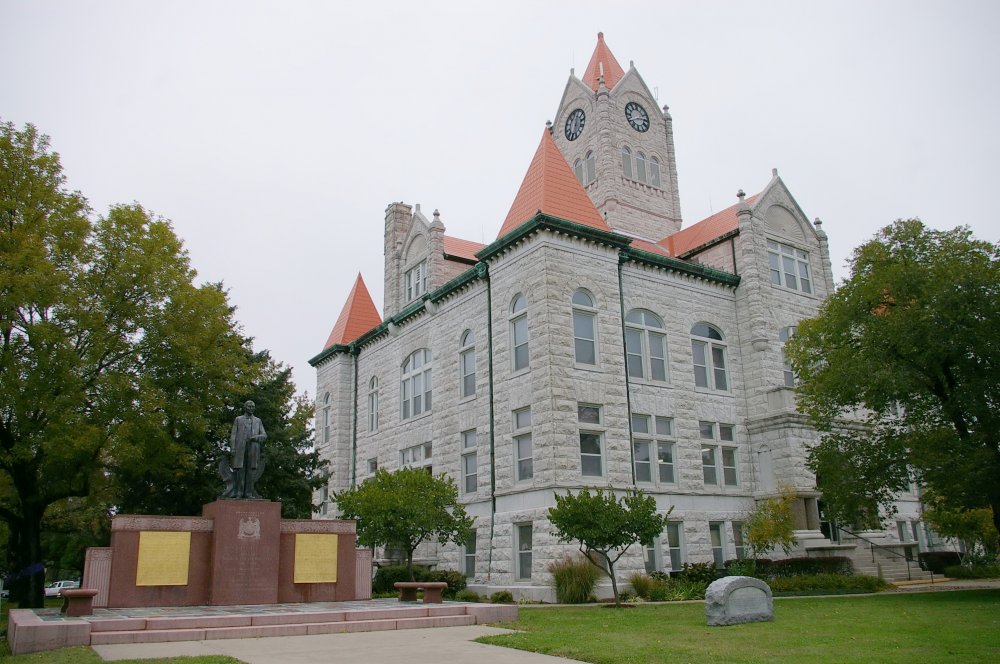 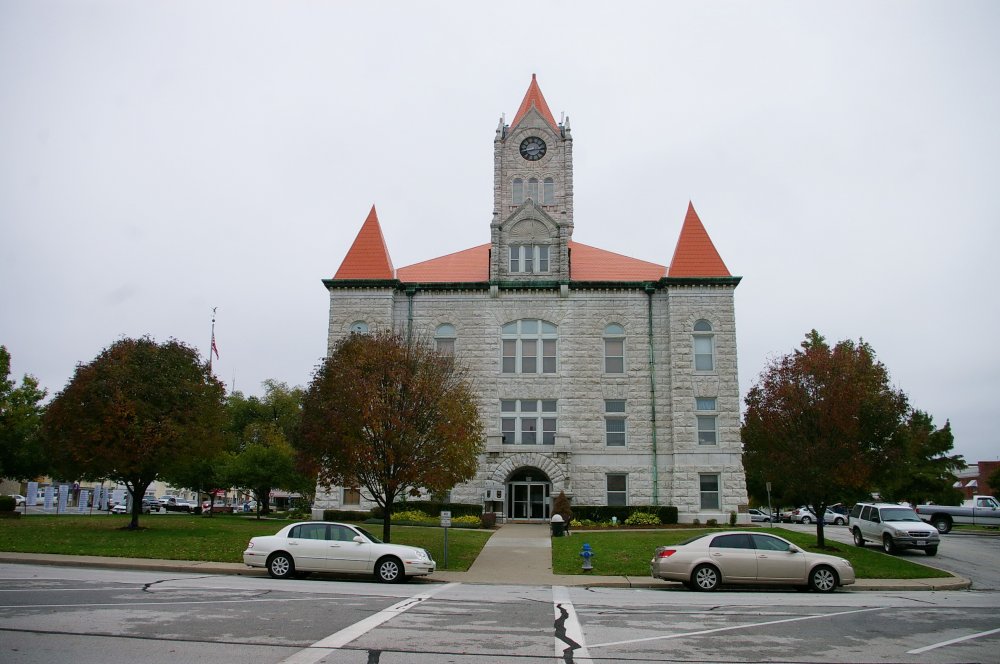 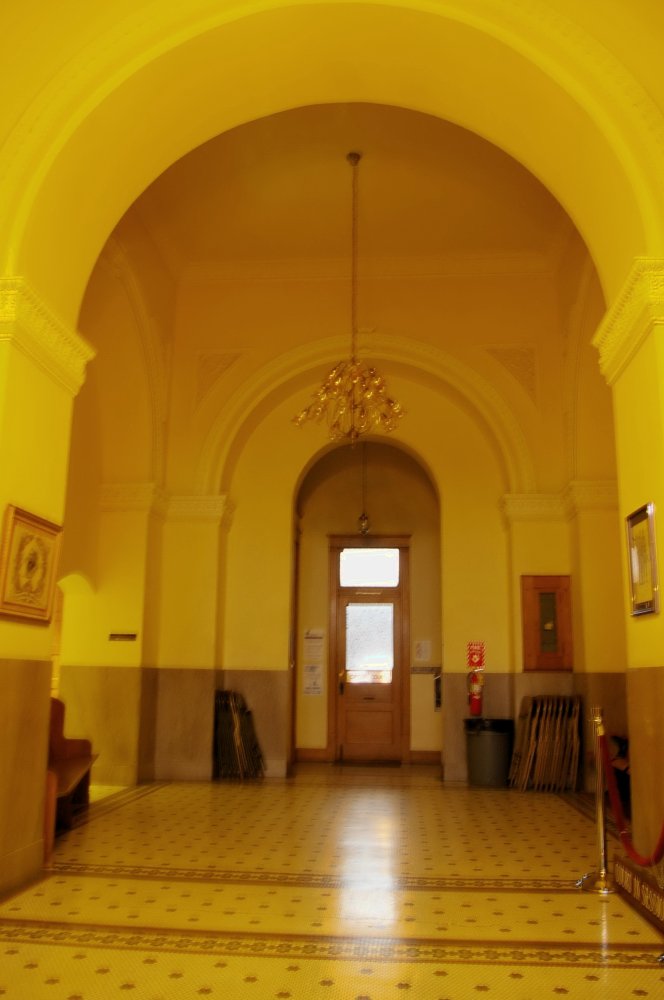 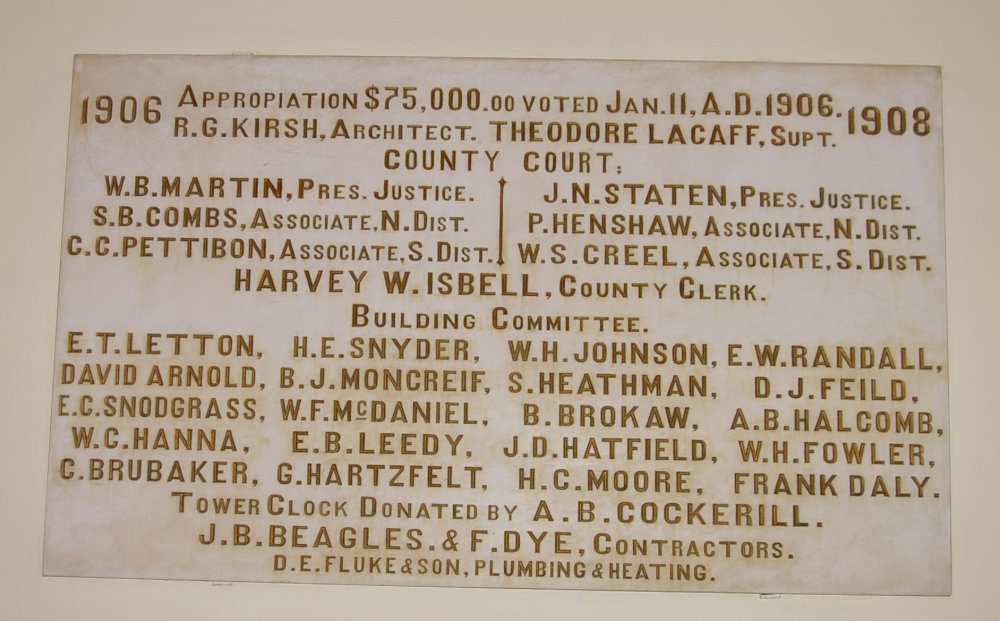 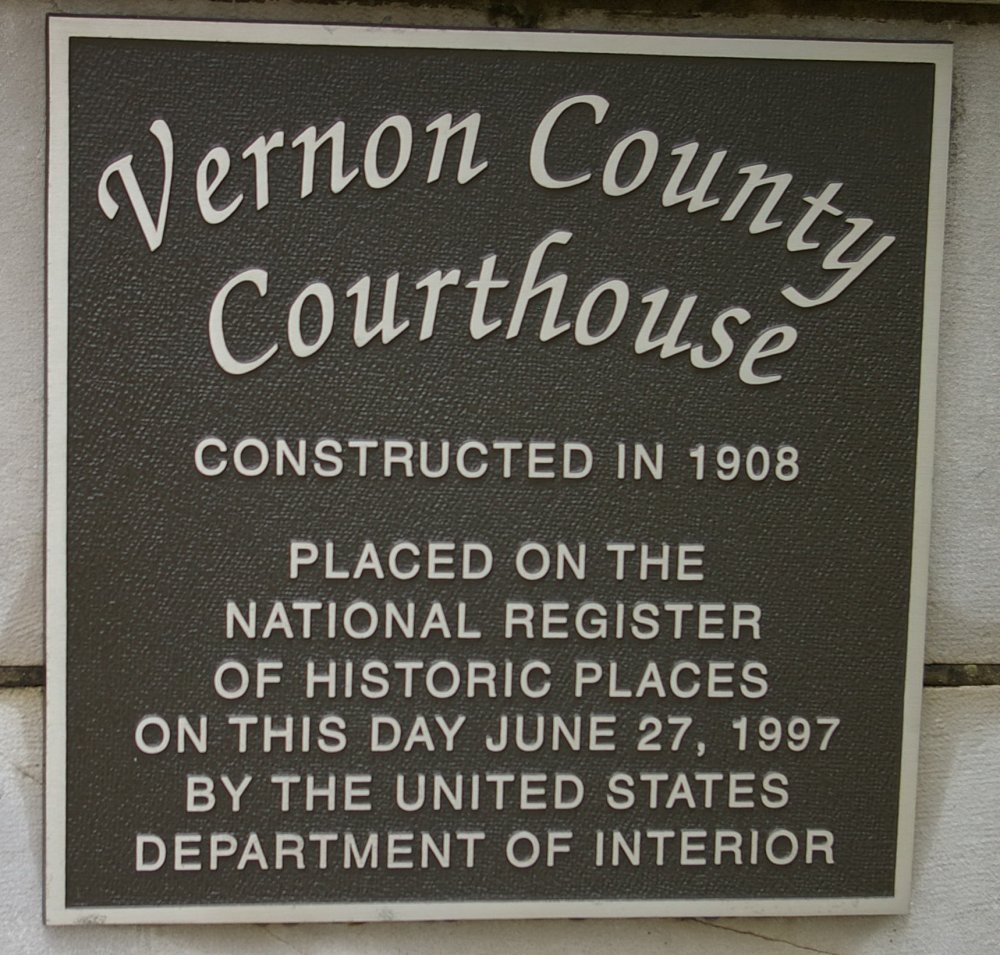 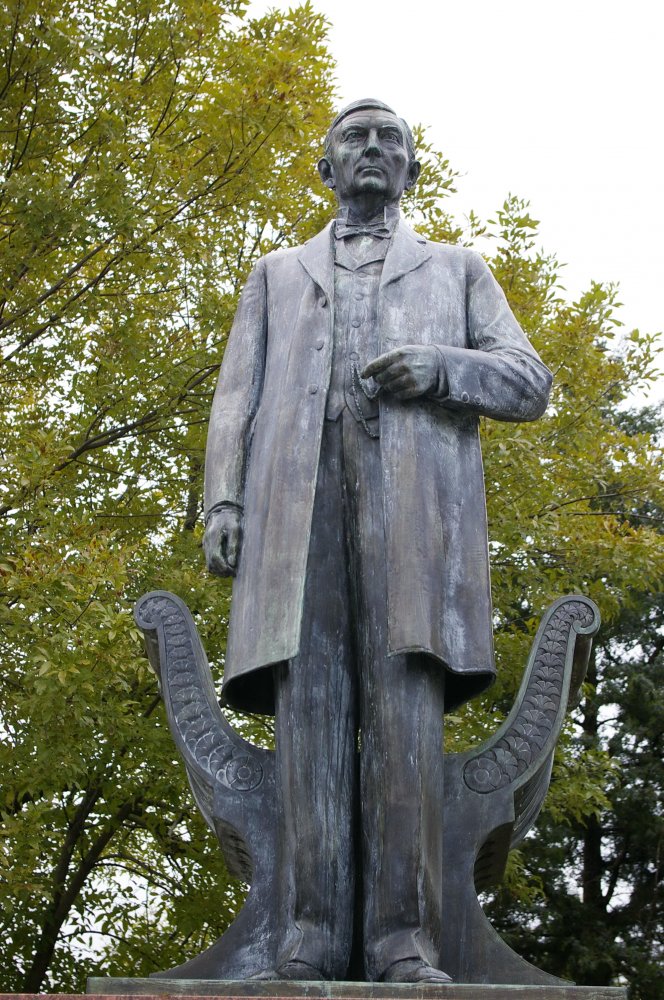