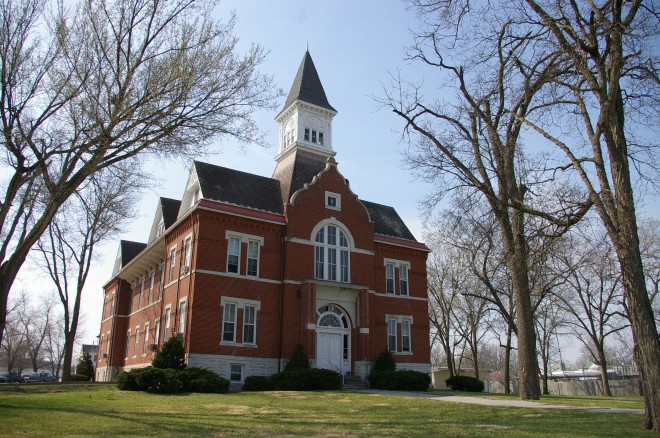 Linn County is named for Lewis F Linn, who was a doctor and a United States Senator from Missouri.

Description:  The building faces north and is a two story red colored brick and stone structure. The building is located on spacious landscaped grounds in the center of Mound City. The north front has an arched window above the doorway with stone above and a large arched window on the second story. The front rises to a peak with a square white tower behind having a steep roof. Along the east and west sides are three dormers on each side. The base is gray colored limestone. The building houses the County District Court of the 6th Judicial District. The architect was George Ropes of Topeka and the contractor was Z Mentzer (supervisor).

Note: The building is the second oldest courthouse in Kansas and oldest is located in Chase County. During construction, J W L Bell did the excavation work, G W Goodlander of Fort Scott laid the foundation, John T Trigg of Centerville, Iowa did the brick work and Z Mentzer was the superintend and purchaser of materials. The cost of construction was $20,000. 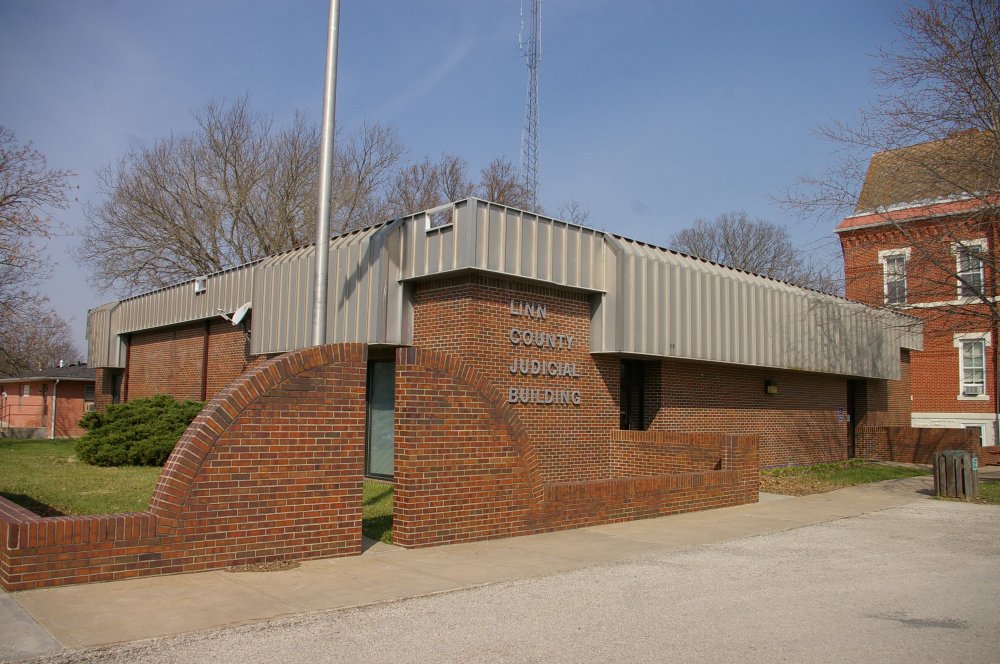 Description:  The building faces east and is a one story red colored brick and concrete structure. The building is located in the center of Mound City on the north side of the courthouse. A ripple concrete skirt descends from the flat roof line. 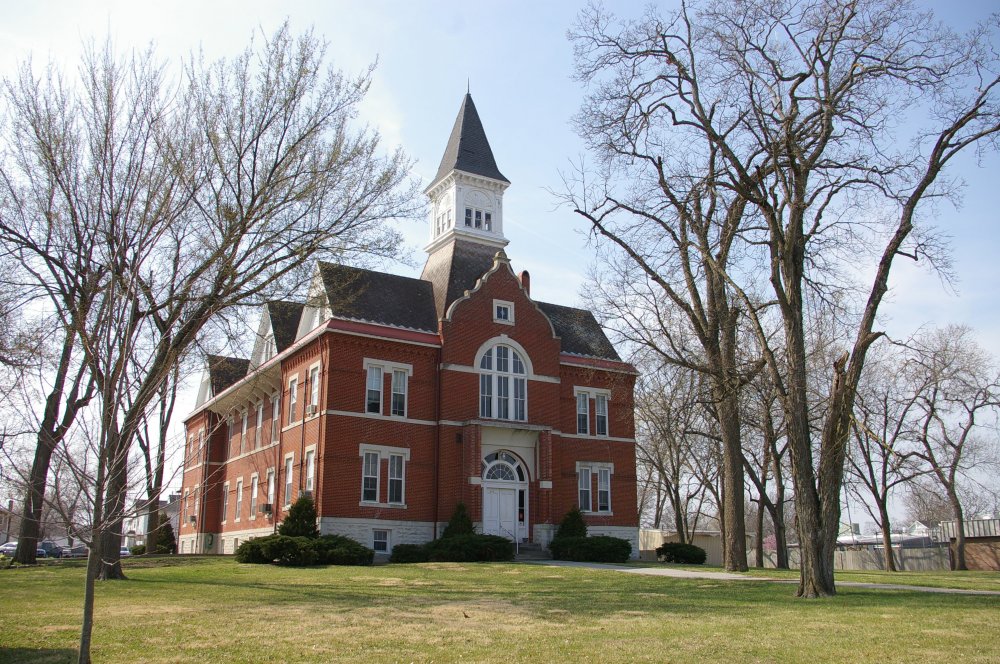 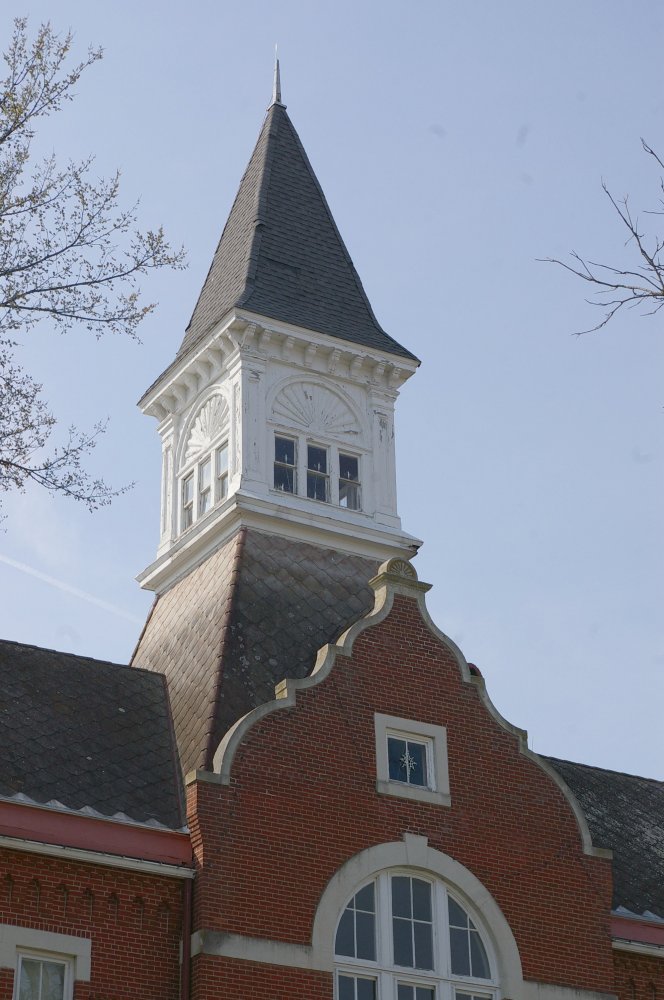 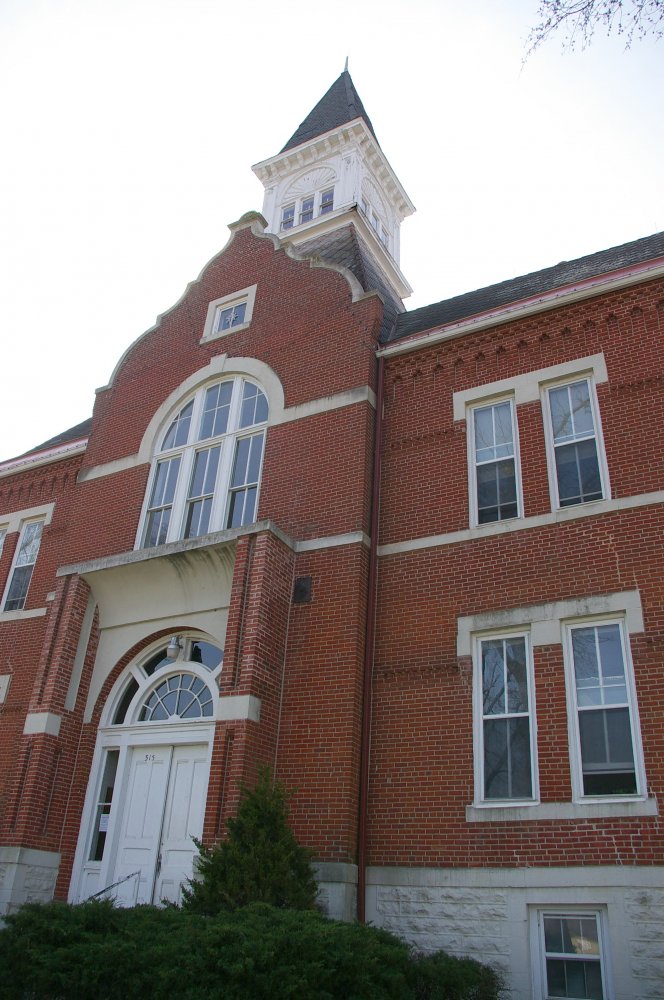 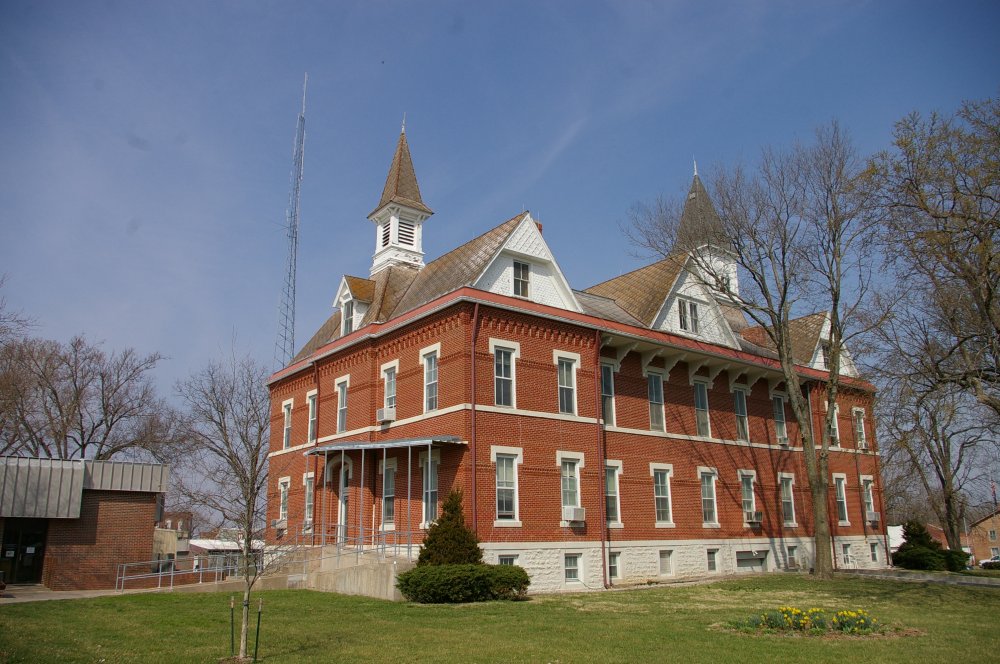 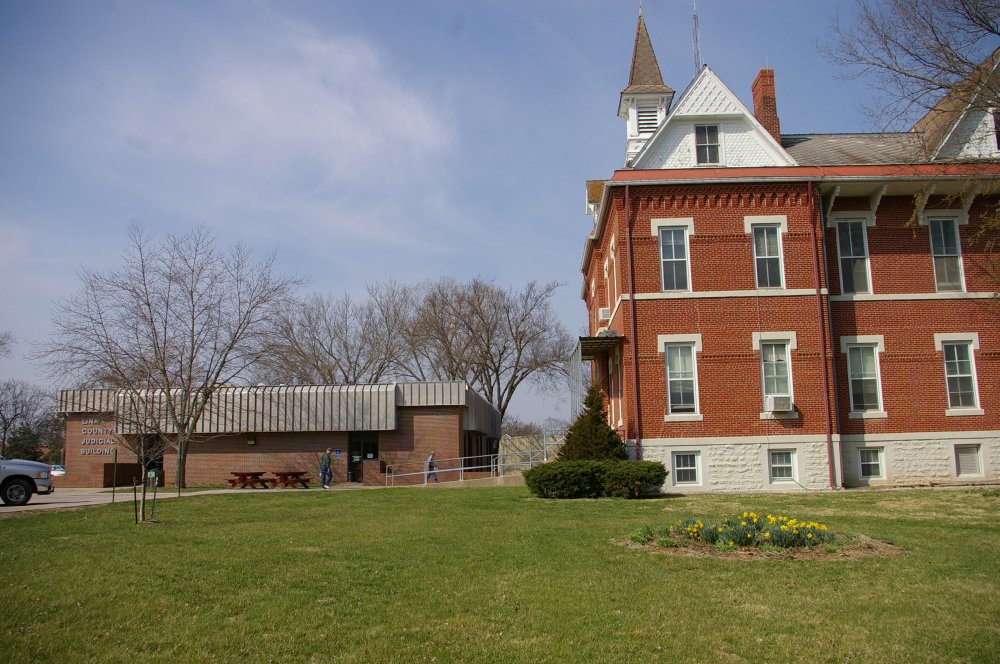 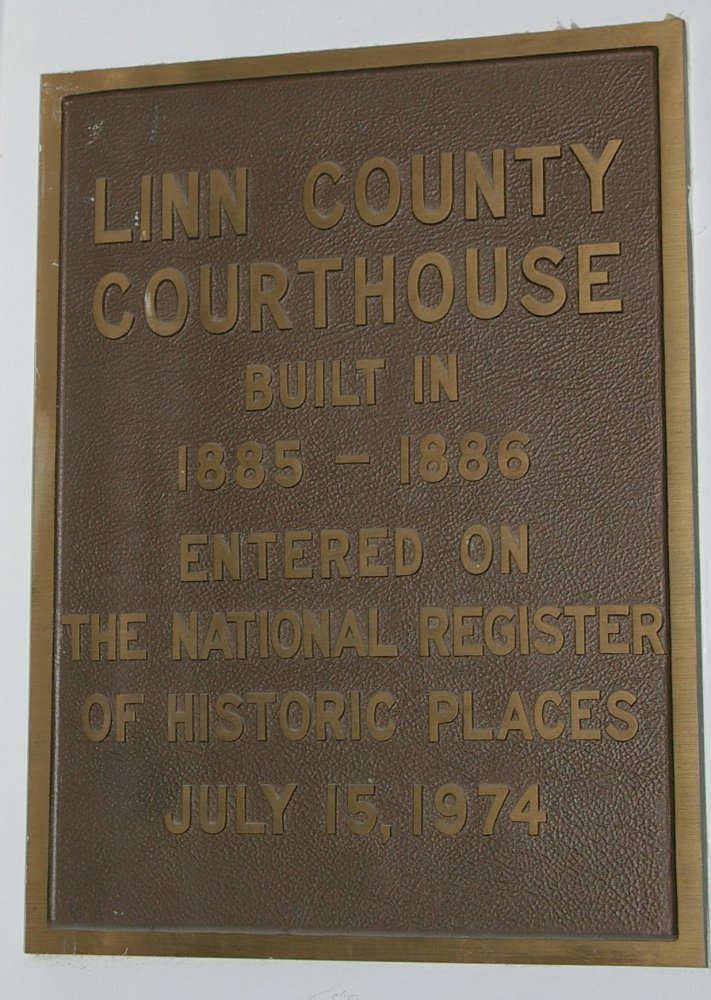 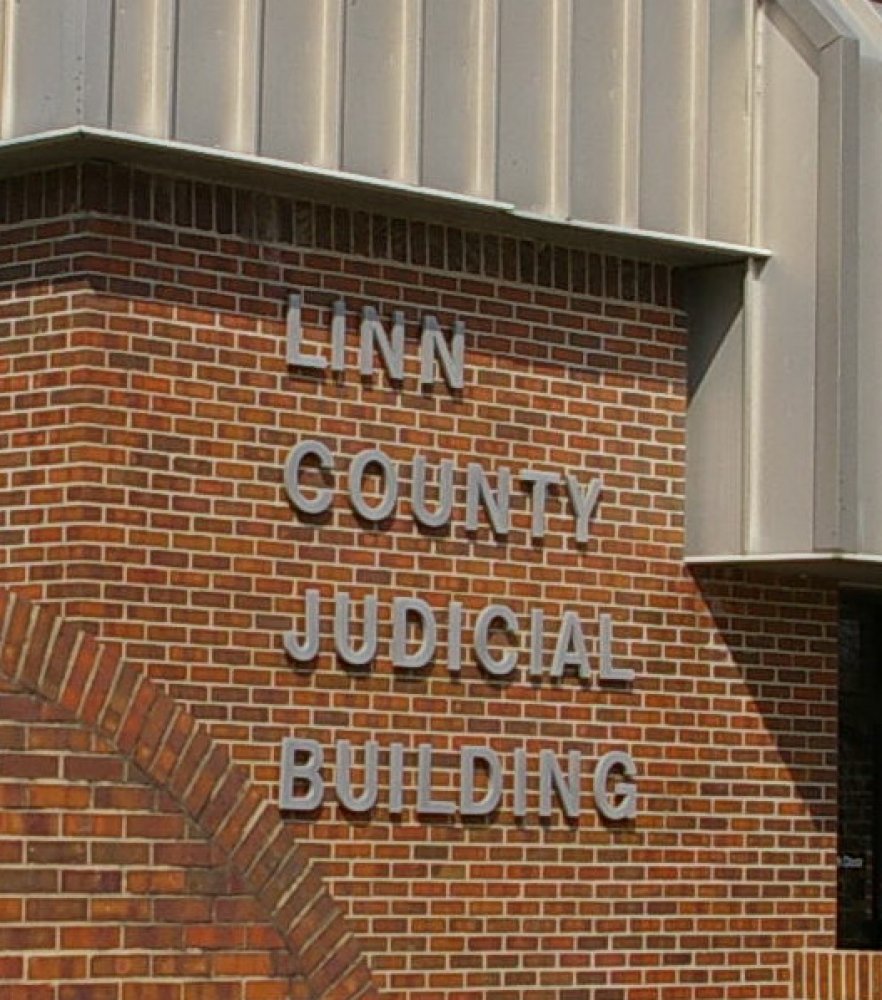 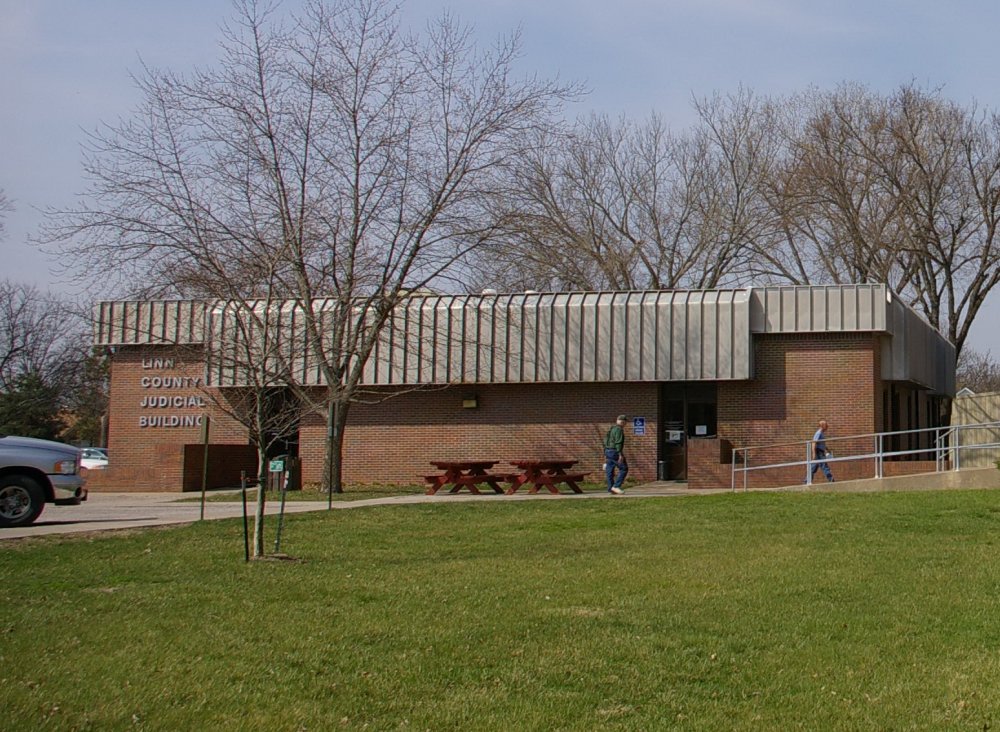 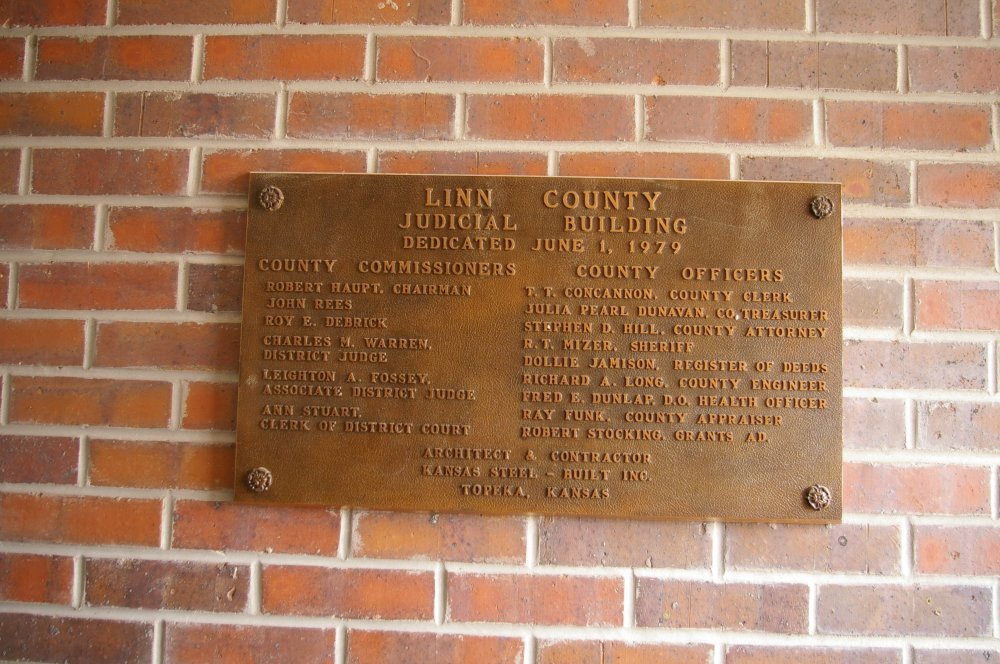