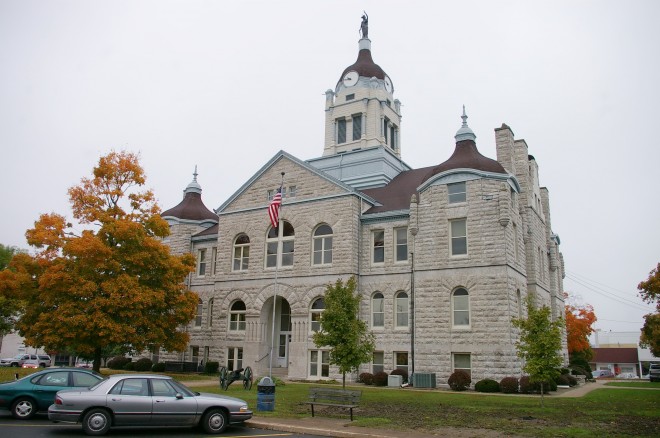 Lawrence County is named for James Lawrence, who was an American naval officer best known for his last words “Don’t give up the ship!”. 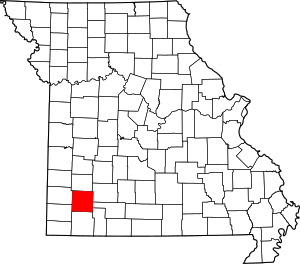 Description: The building faces south and is a two story course gray colored limestone  structure. The building is located on landscaped grounds in the center of Mount Vernon and is 48 feet by 104 feet. The south front has an arch at the entrance on the first story. The centre section projects slightly from the main building and rises to a peak. There are large square stone towers with domed roofs on each corner. On the center of the roof is a square clock tower with domed roof and statue of Justice at the top. The first and second stories are laid out on a cross plan with entrances in the center of each of the four sides. The stair case is in the east section. The decorative woodwork is of oak and walnut and is found in the main staircase, window and door frames, fireplace mantels, and courtroom railings. Features include the inlaid tile floors, wrought-iron brackets on the underside of the main staircase, and the walnut staircase itself with the lighted newel post on the ground floor. The courtroom is located on the second story.

See:  The architect, George E McDonald of Omaha, Nebraska designed courthouses in Kansas in Elk County; in Missouri in Andrew County, Bates County and Johnson County; in Nebraska in Fillmore County and Nuckolls County and in Wyoming in  Niobrara County. 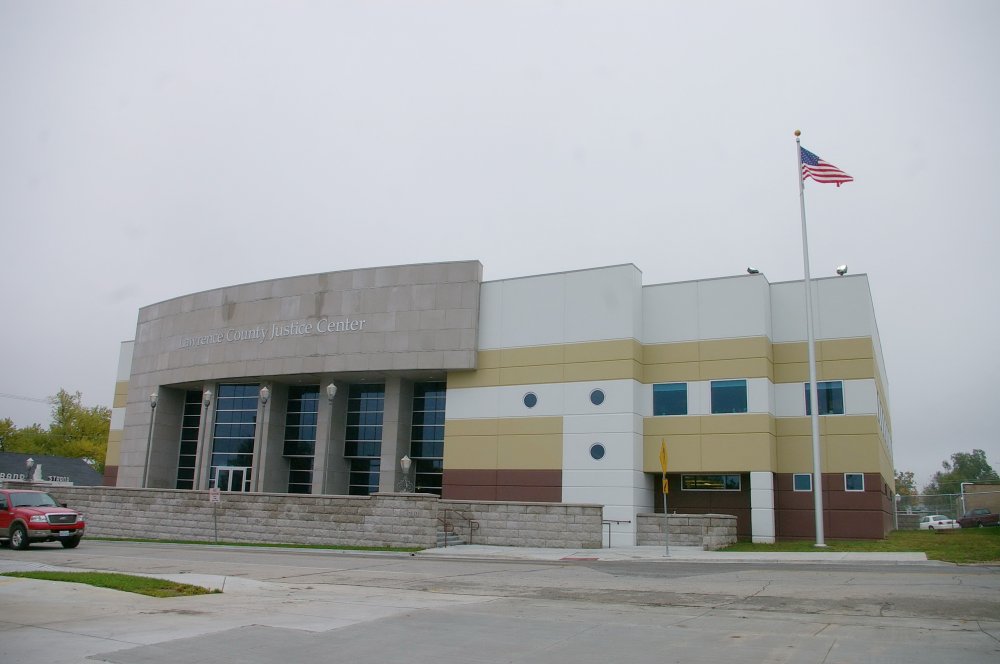 Description: The building faces west and is a two story cement and glass structure. The building is located on landscaped grounds in the center of Mount Vernon. The west front has a gray colored concrete section with concrete pillars diving the recessed glass panel walls. Above is a wide header. The building is tiered going east. The roof line is flat The building houses the County Circuit Court.. 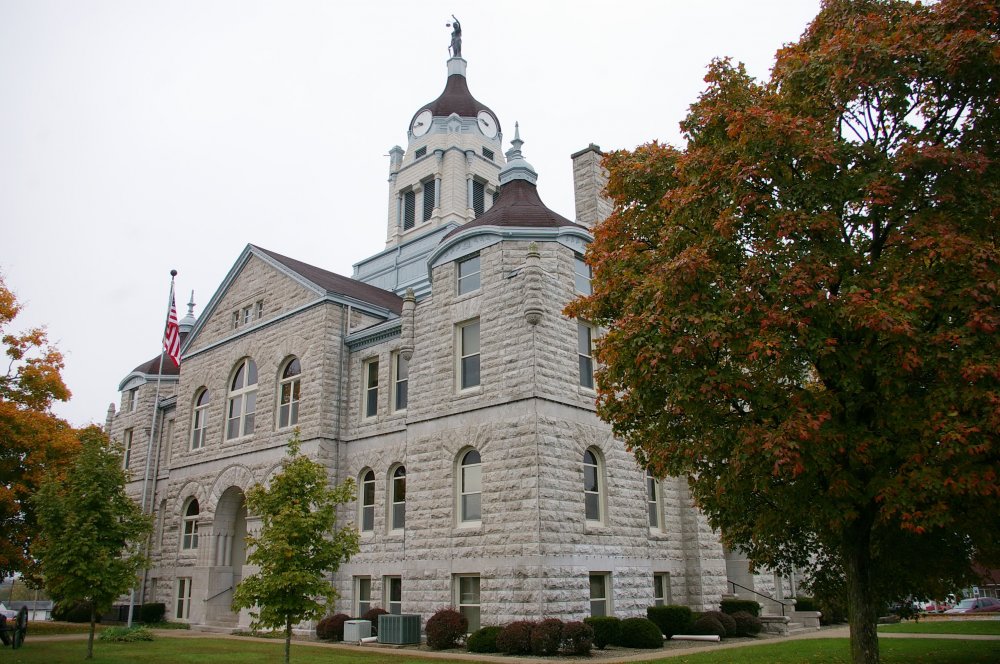 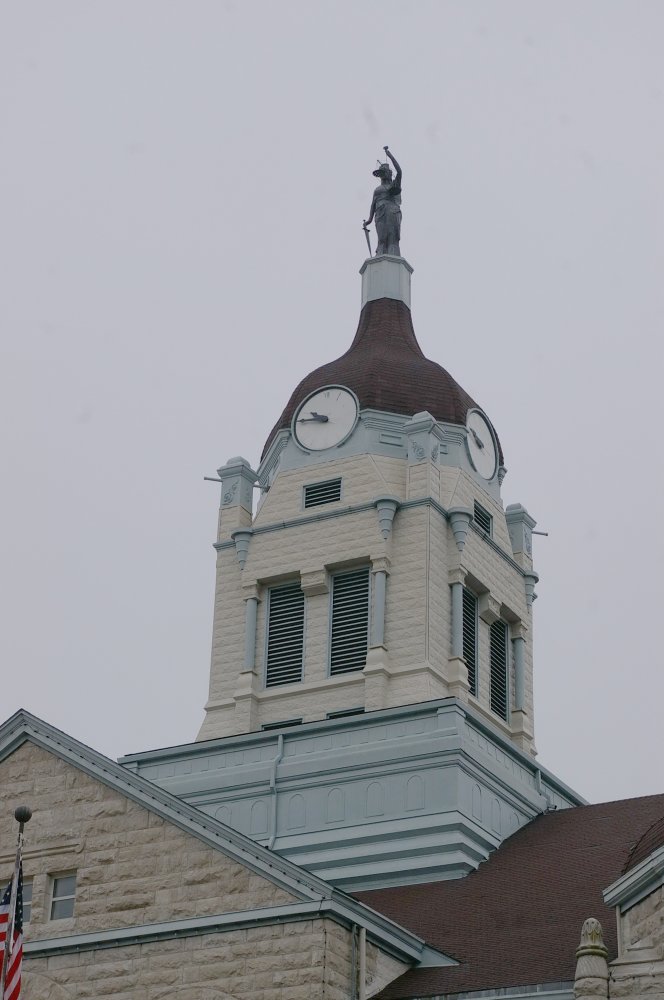 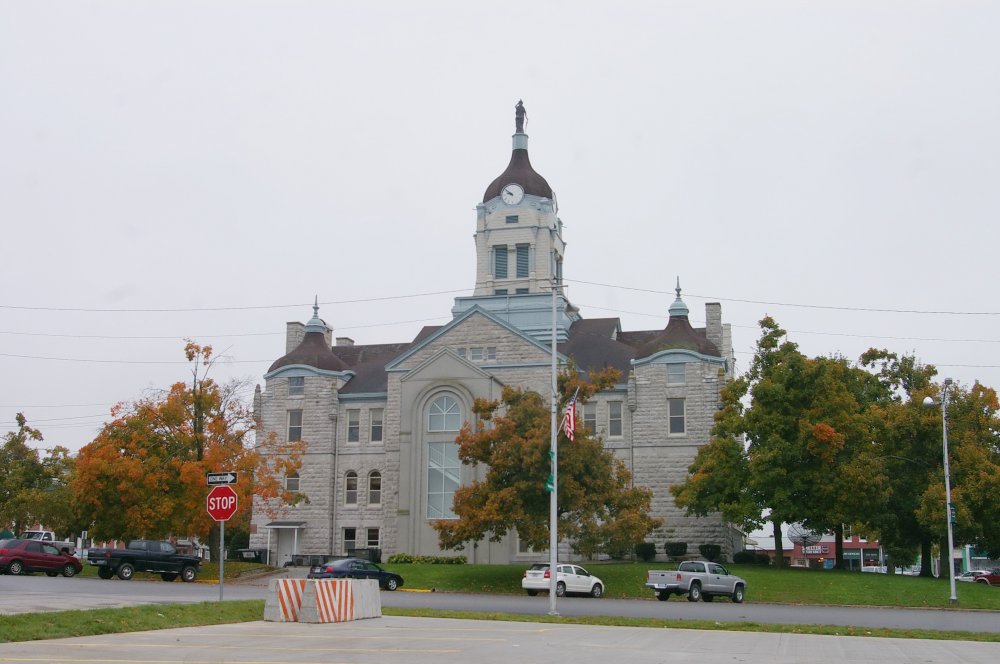 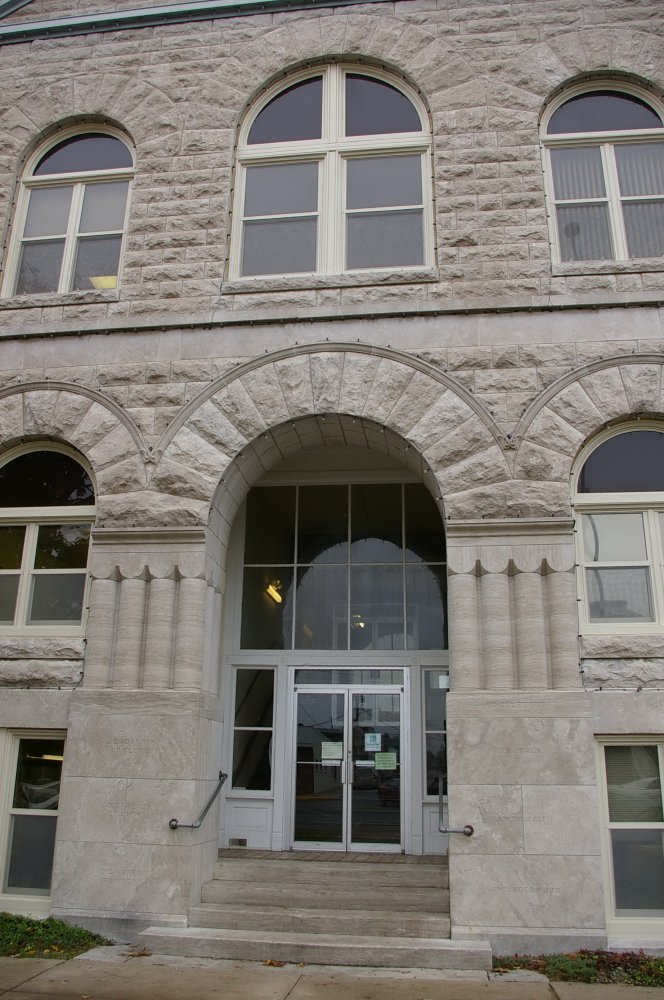 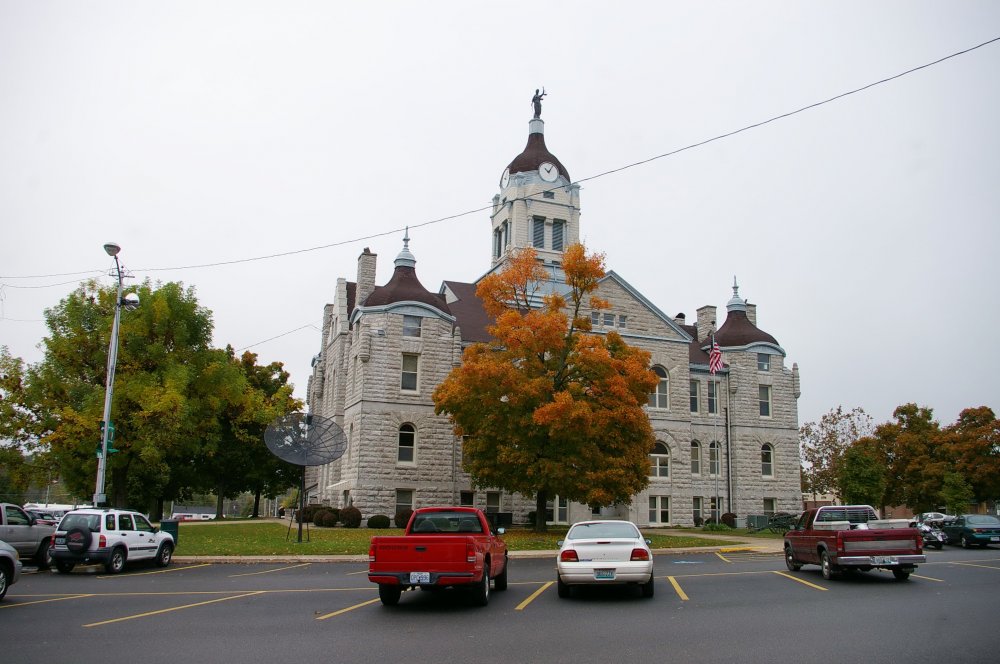 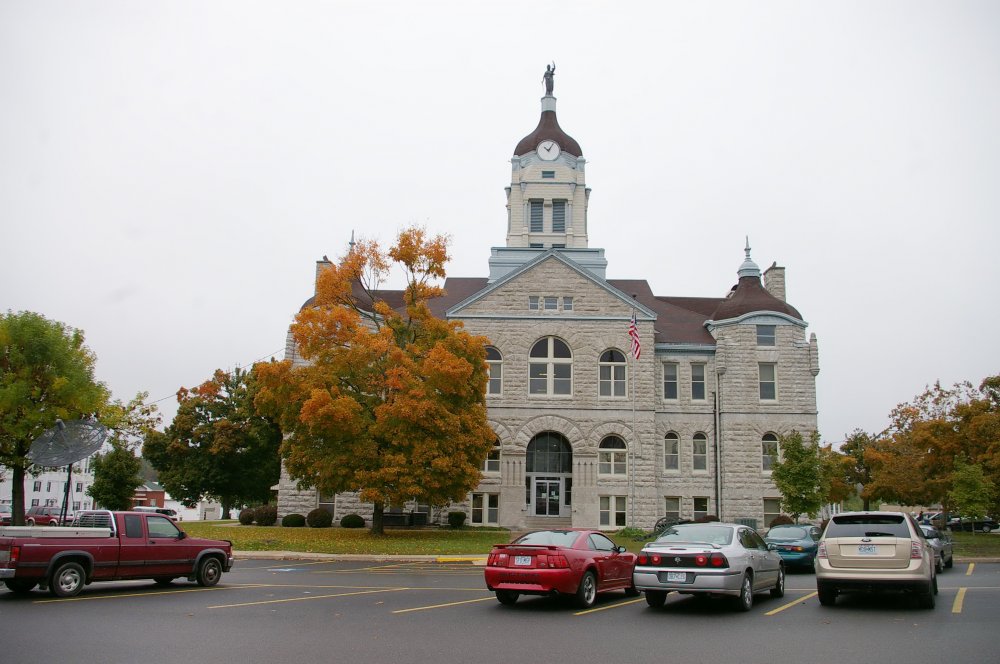 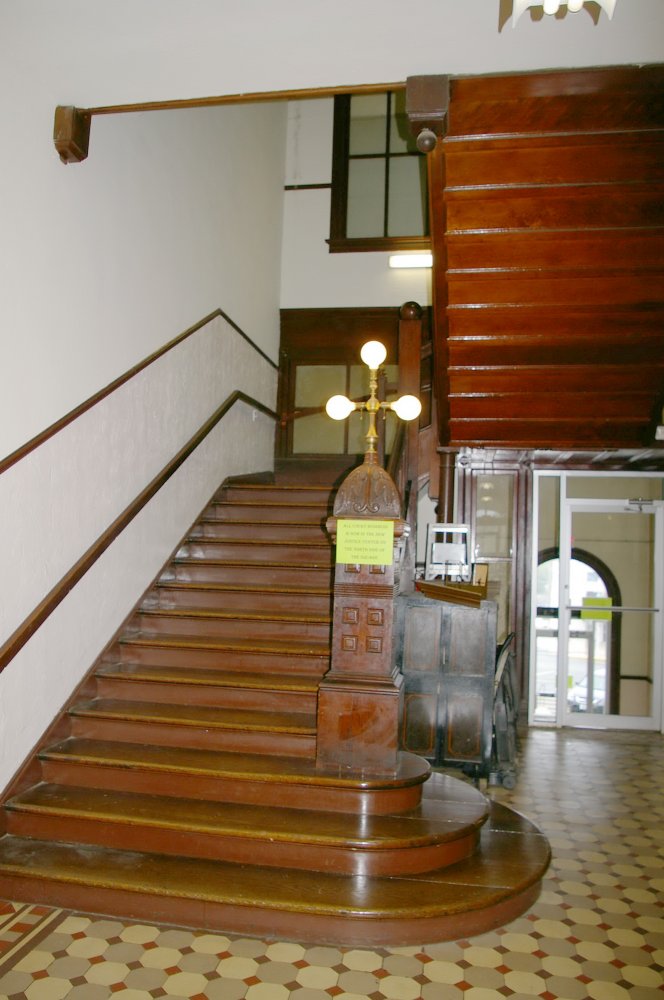 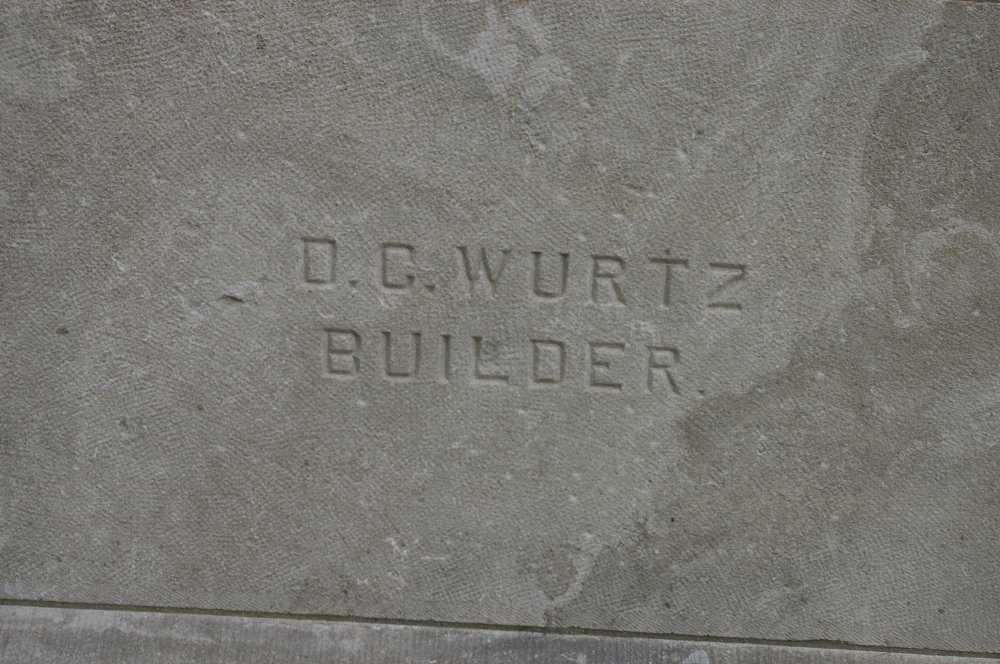 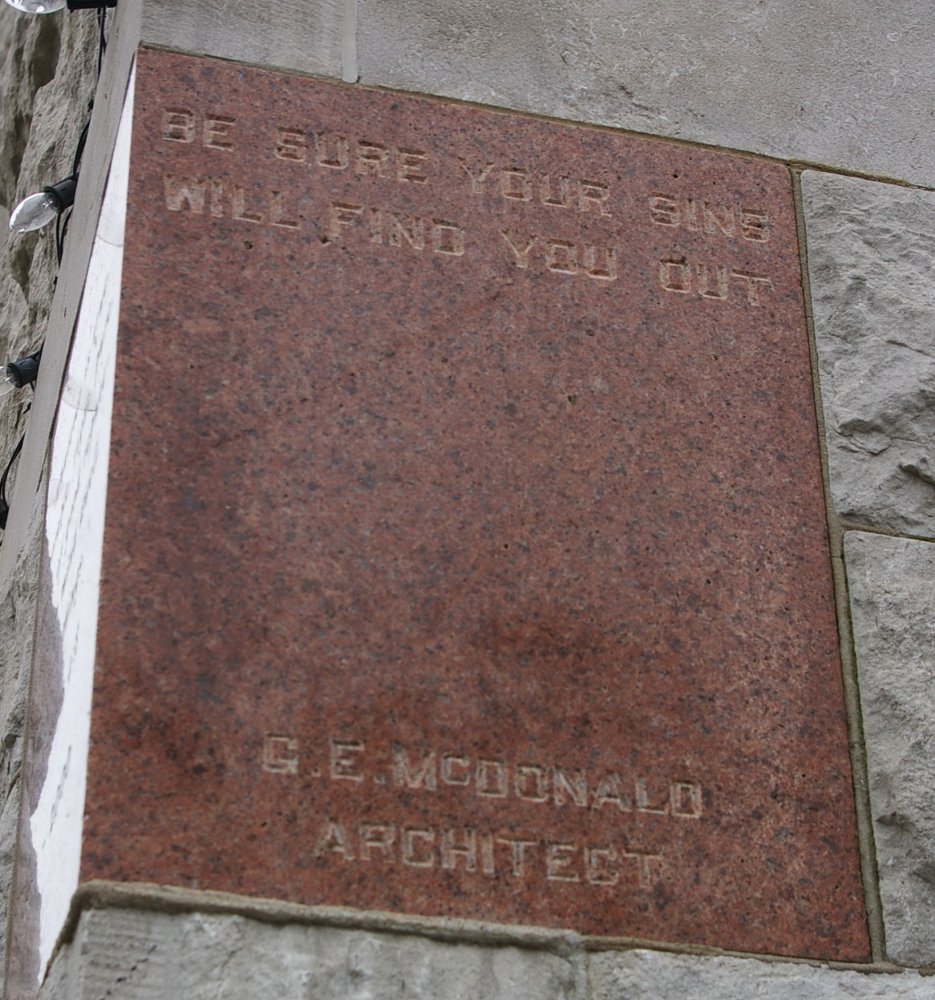 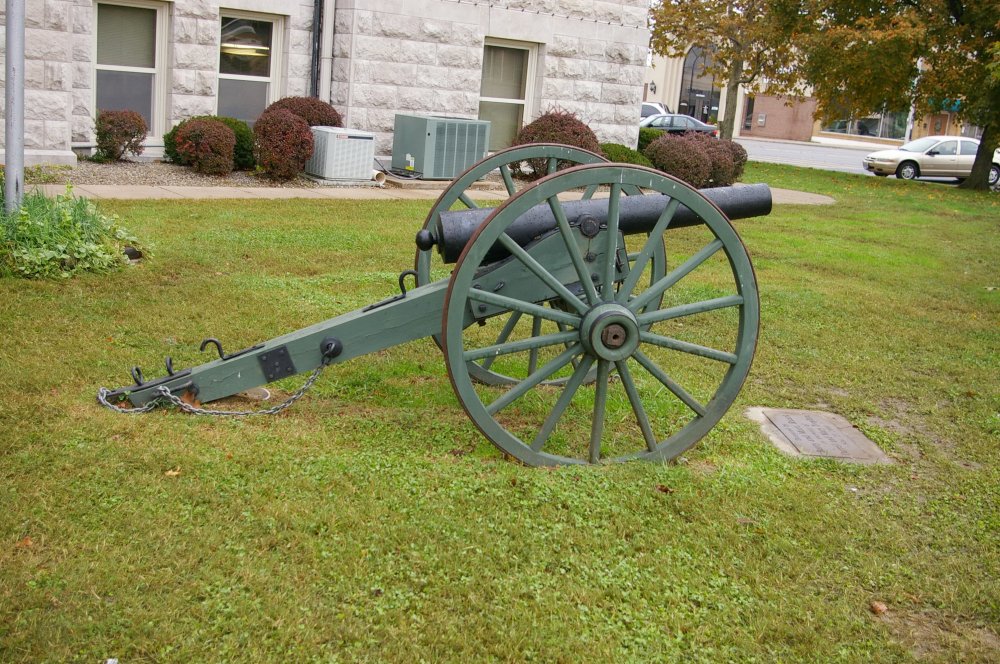 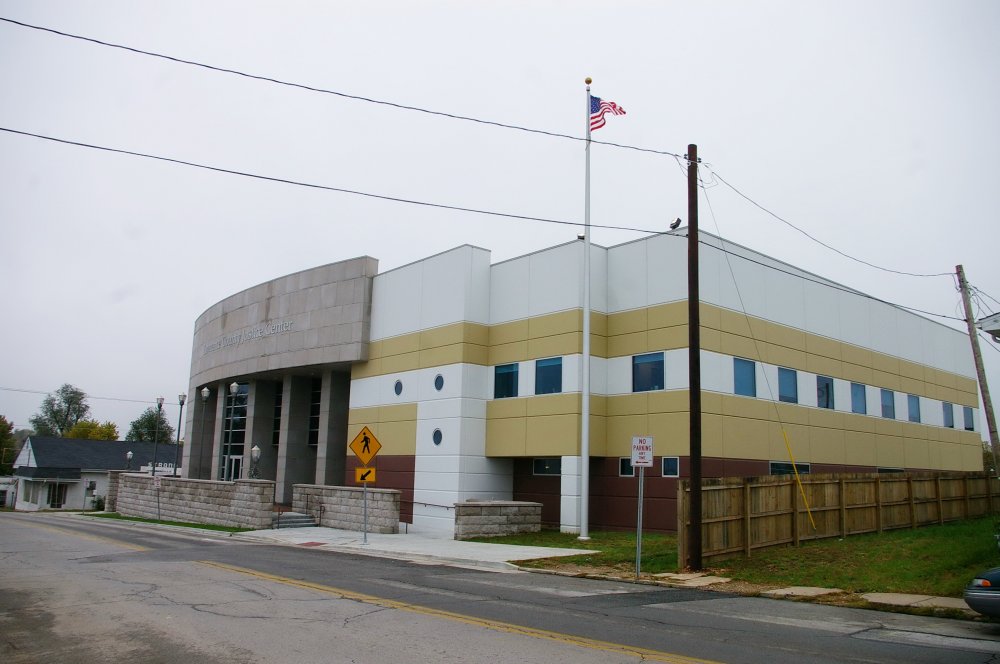 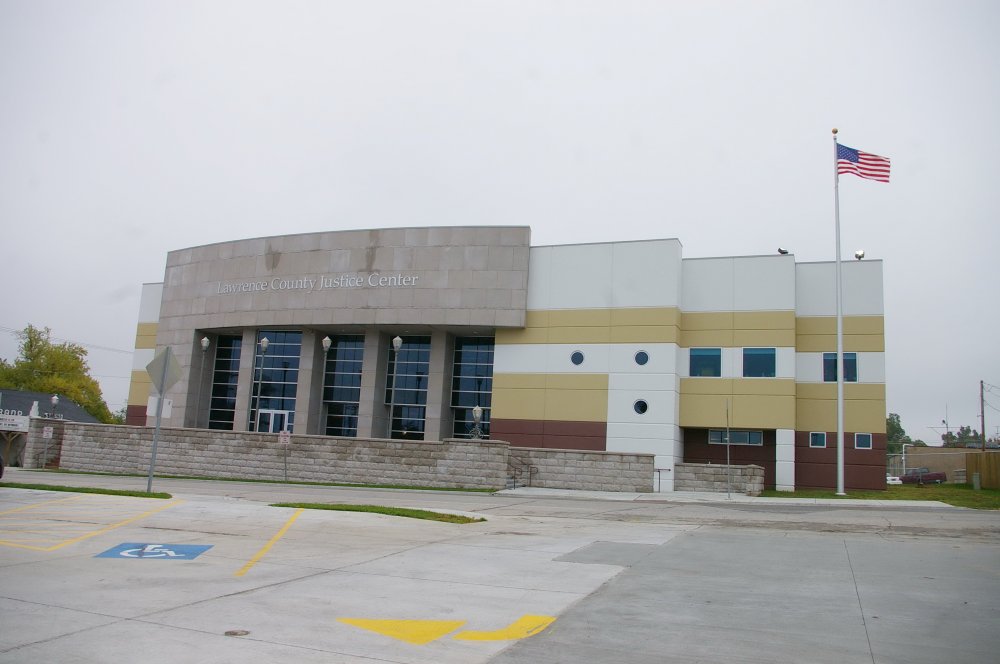 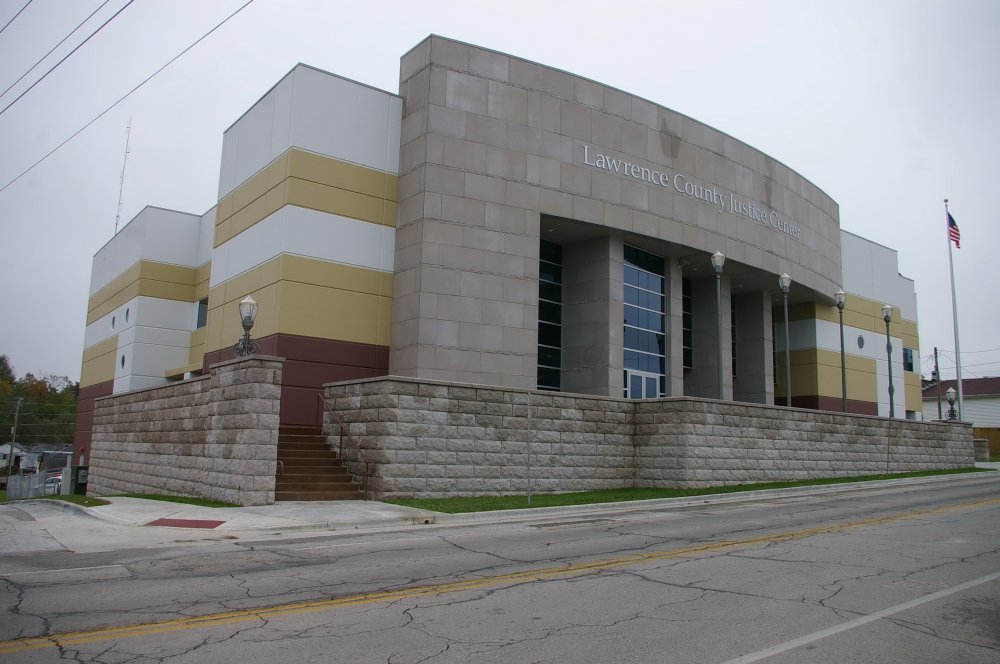 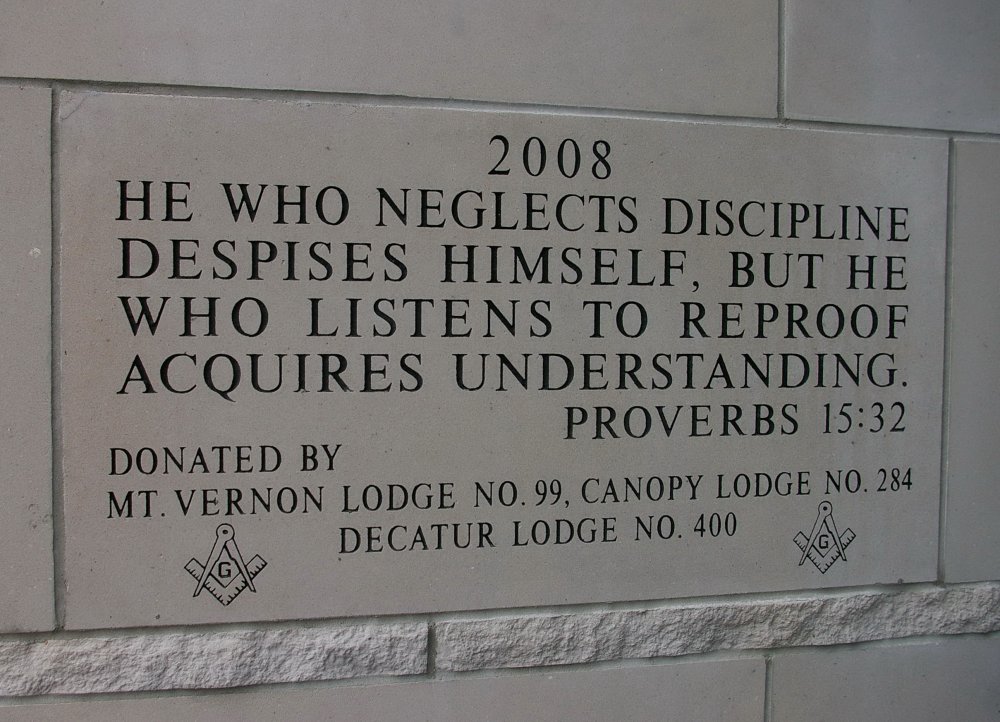