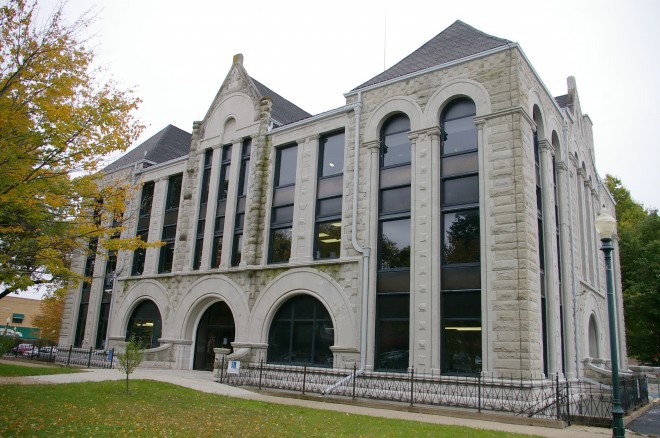 Henry County is named for Patrick Henry, who was a governor of Virgin.

Description: The building faces north and is a three story Warrensburg sandstone structure. The building is located on landscaped grounds in the center of Clinton. The rectangular shaped building is 96 feet by 71 feet. The north front has three large Italianate arches on the first story at the entrance with Italianate pilasters. Above are narrow vertical windows rising to a peaked roof line. There are long vertical windows on either side of the centre section. There are large square towers on each corner with peaked roofs.  The roof is hipped.

History:  The county was created in 1834 as Rives County and Clinton was selected as the county seat. The county name was changed in 1841. The first courthouse was a brick structure built by John Mercer in 1837 to 1839 at a cost of $2,565. The building was condemned in 1884 and razed in 1887. The second and present courthouse was constructed in 1892 to 1893 at a cost of $47,221. The tower, originally 127 feet tall, was made with impermanent material; the steel framework was covered with copper and a stucco shell. The tower leaked and was removed in 1969. 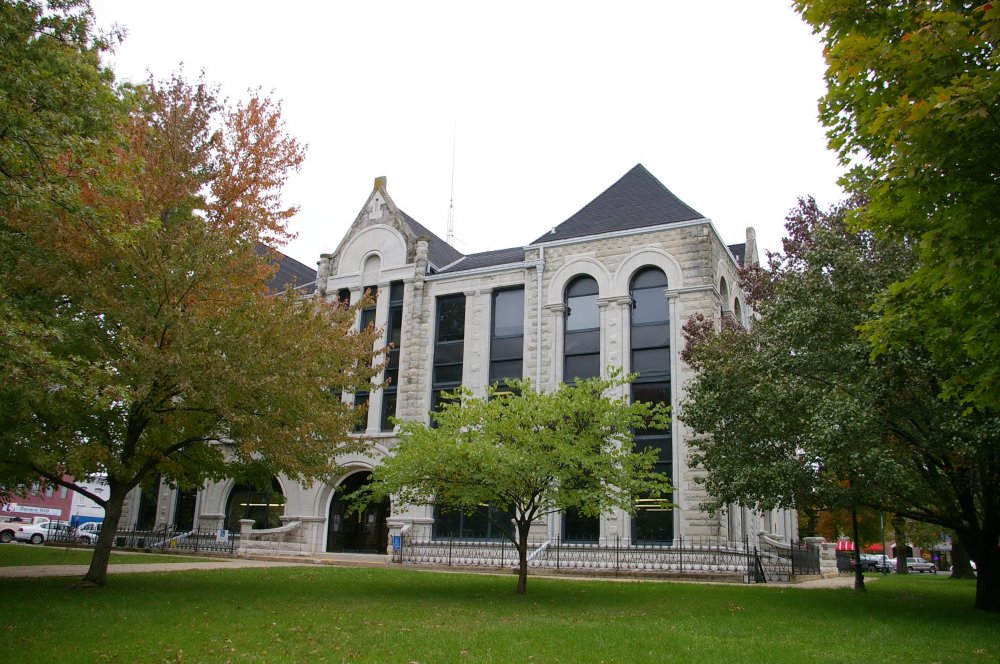 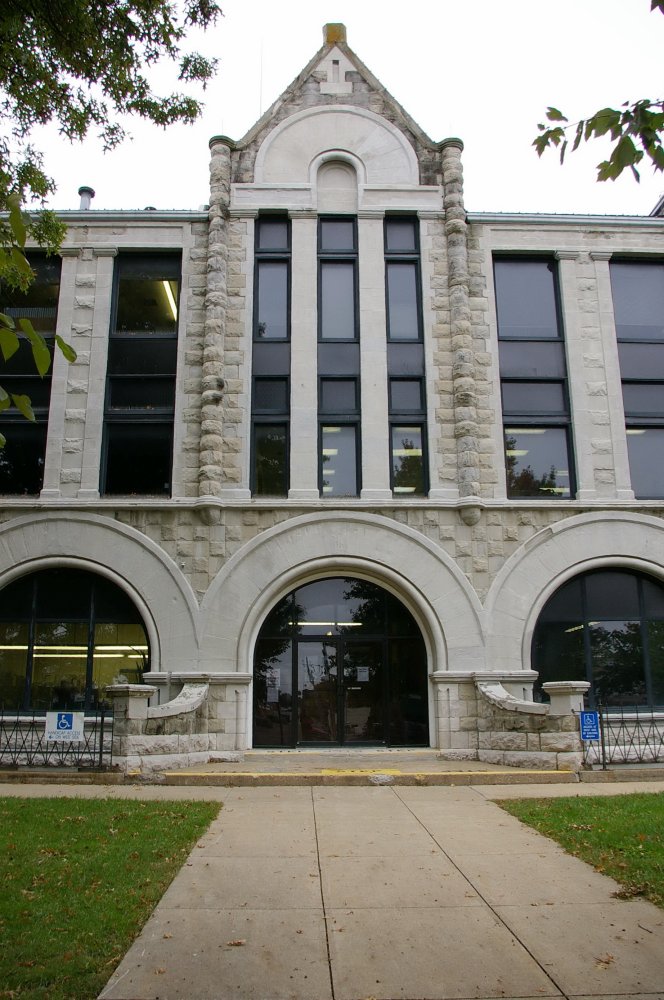 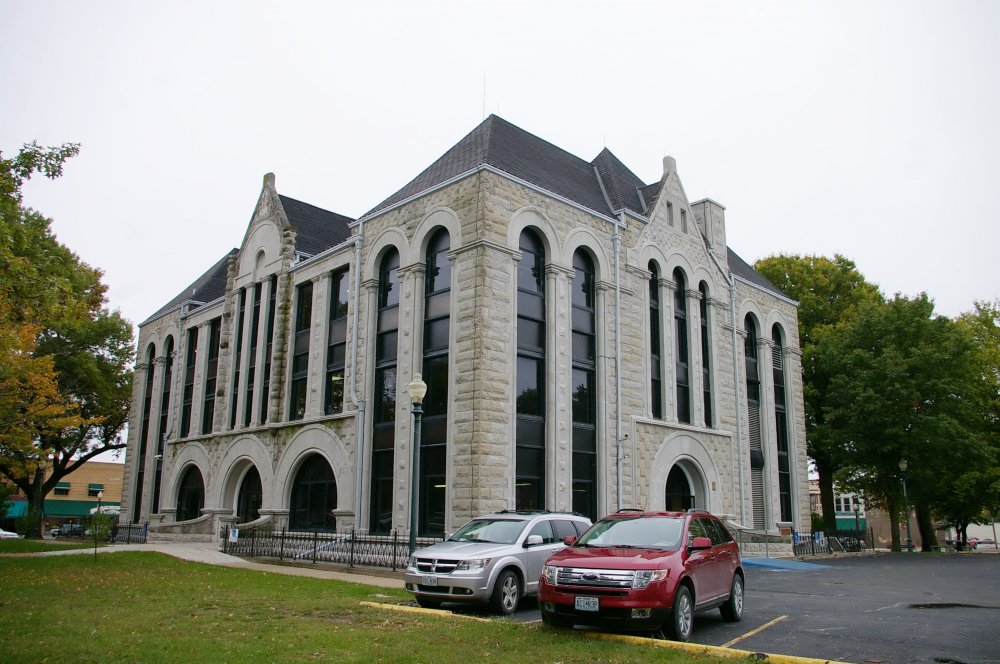 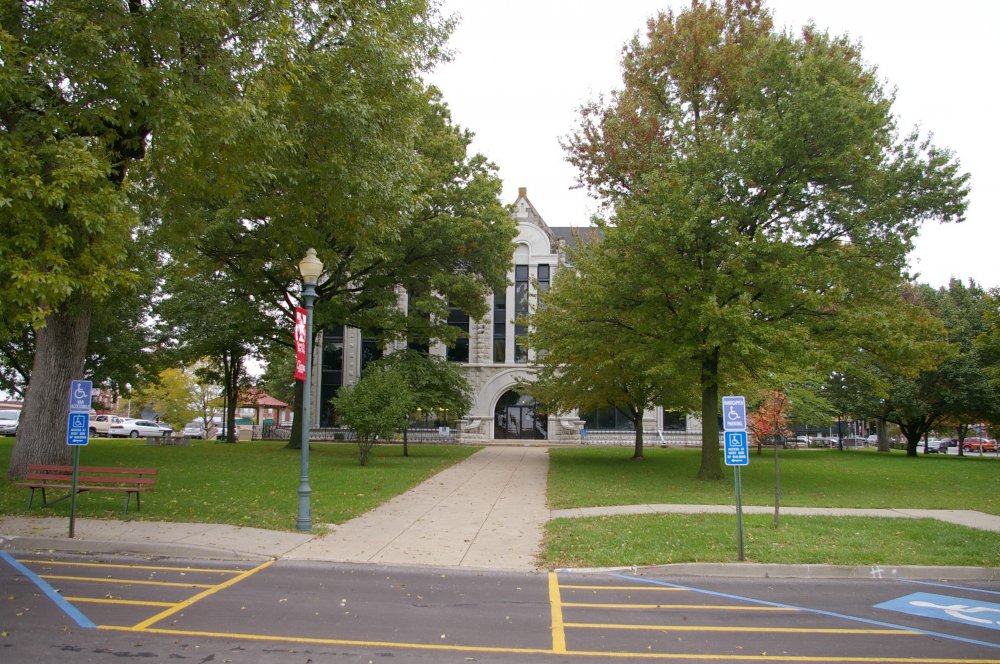 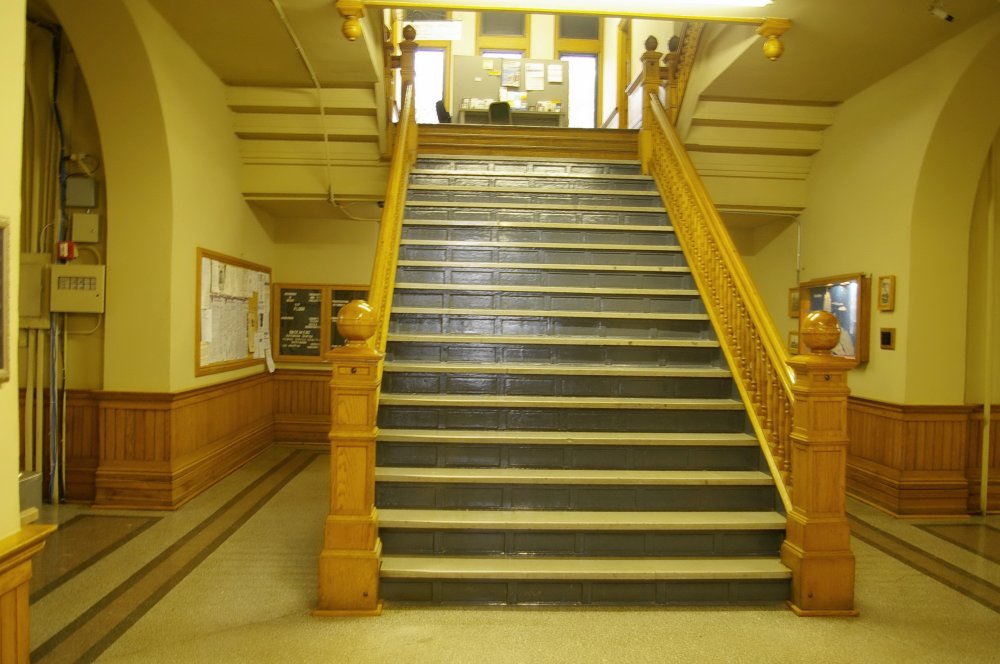 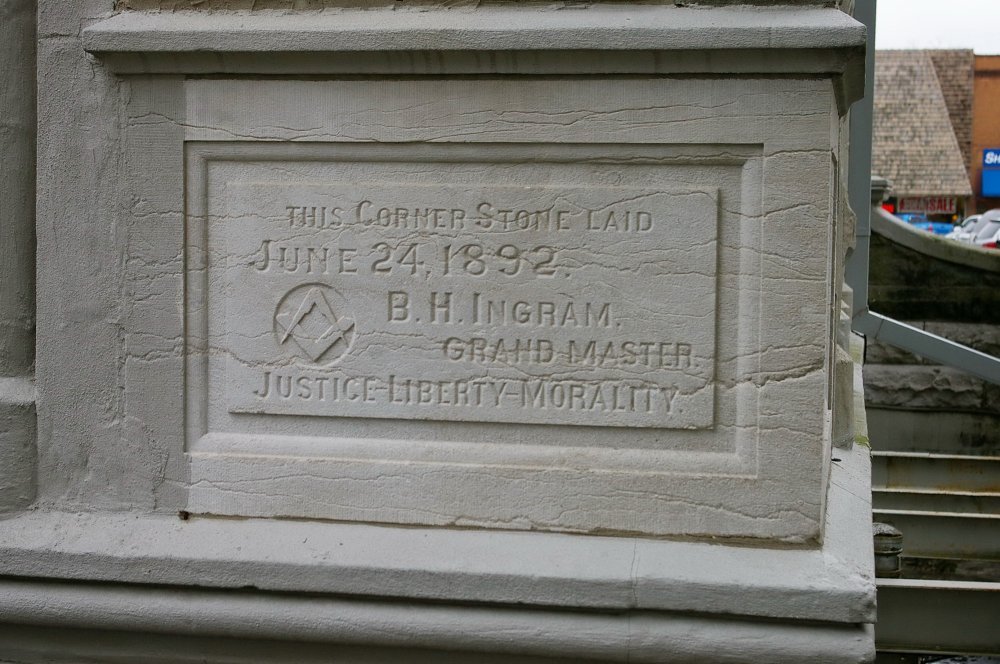 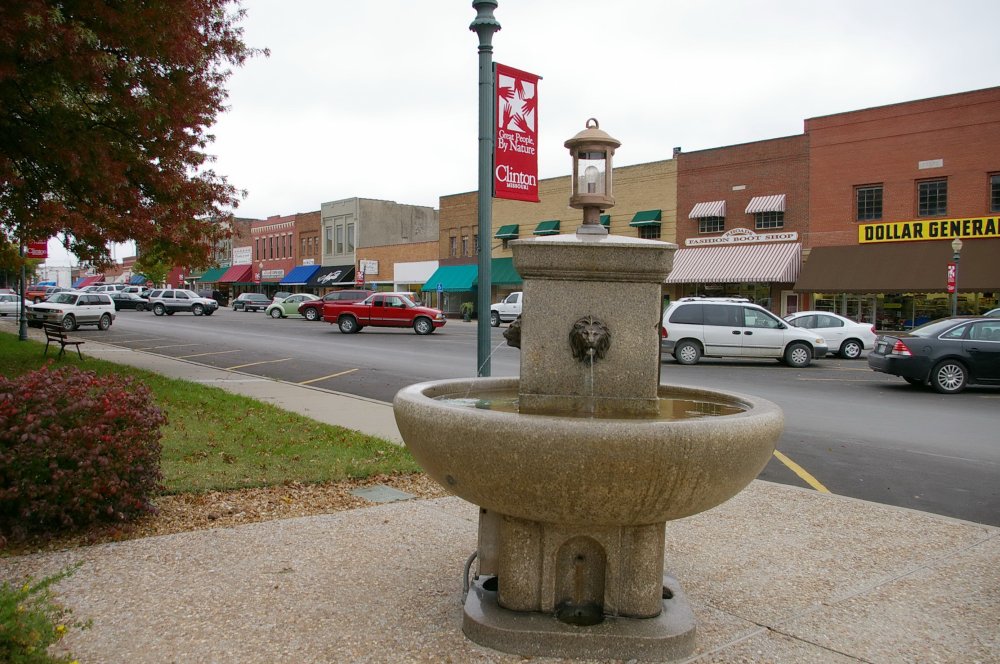 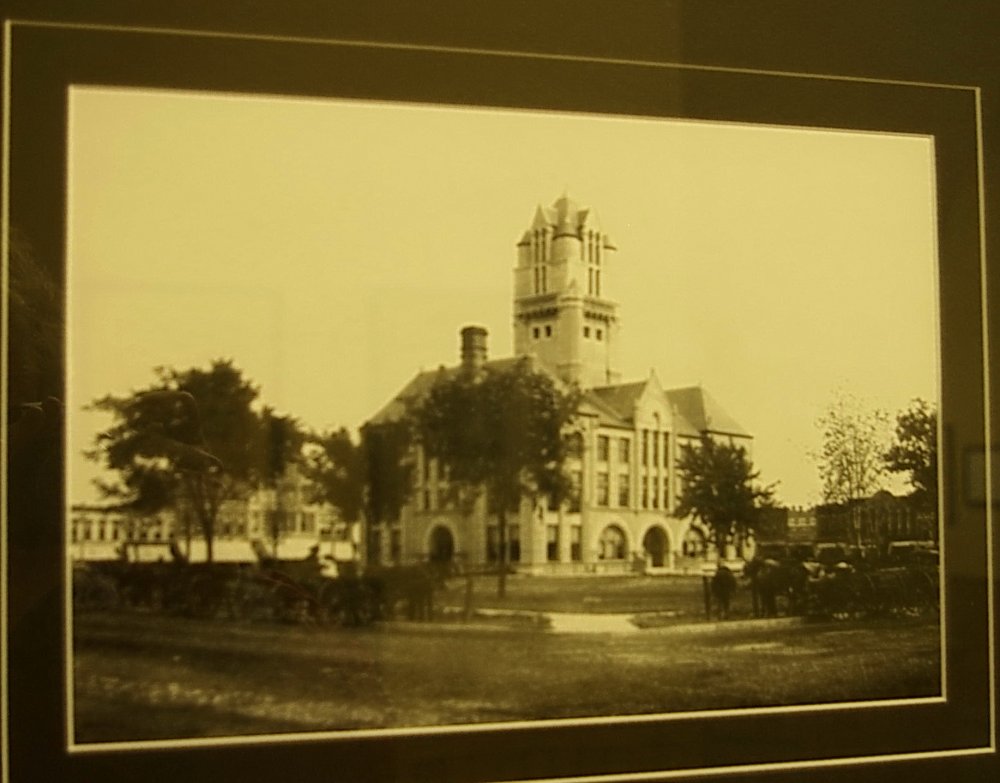