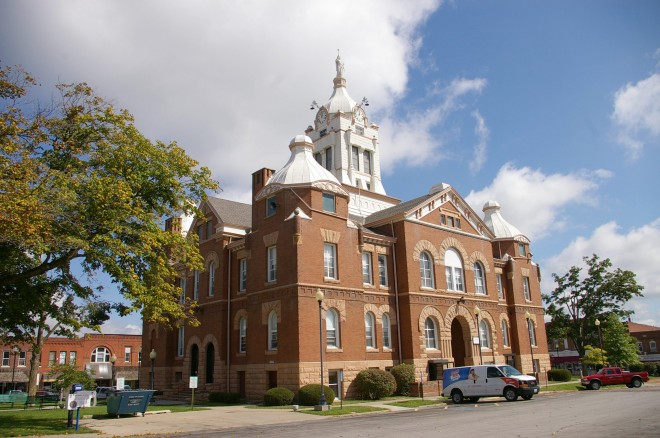 Andrew County is named for Andrew Jackson Davis, who  was a prominent citizen of St. Louis and Savannah.

See:  The architect, George E McDonald of Omaha, Nebraska designed courthouses in Kansas in Elk County; in Missouri in Bates County, Johnson County and Lawrence County; in Nebraska in Fillmore County and Nuckolls County and in Wyoming in  Niobrara County.

History:  The county was created in 1841 and Savannah was designated as the county seat. The first court met in the home of Gallant Rains. The first courthouse was a wood and stone frame structure was built by James Herring and Gallant Rains in 1841. The second courthouse was a two story rectangular brick structure designed by Samuel Knight and built by Samuel Nelson, James Nelson and John Nelson in 1844 to 1845 for a cost of $6,280. The third and present courthouse was constructed in 1898 to 1900 at a cost of $48,000. 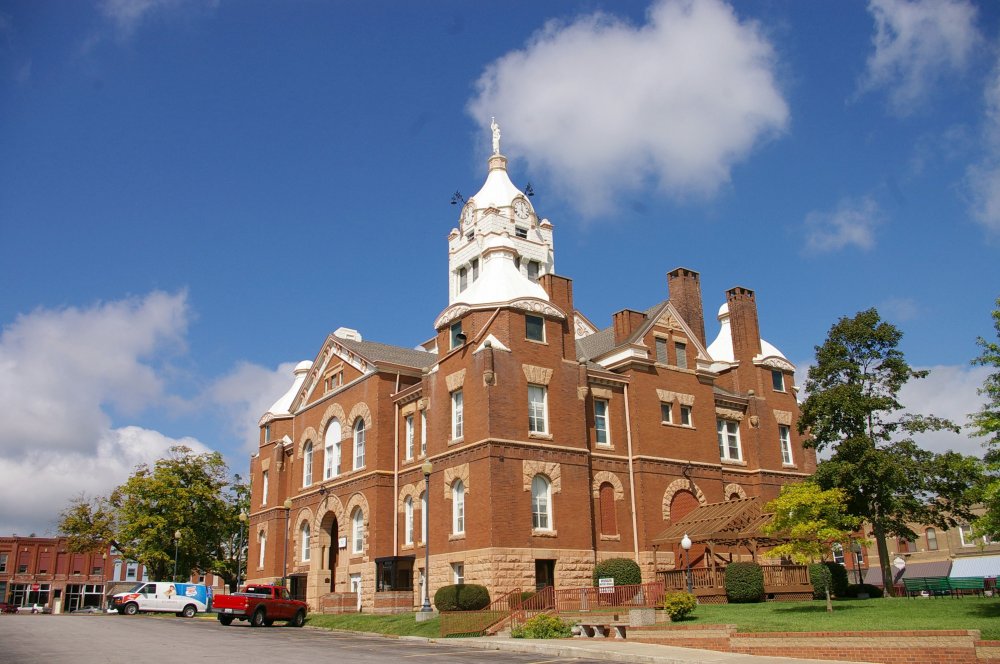 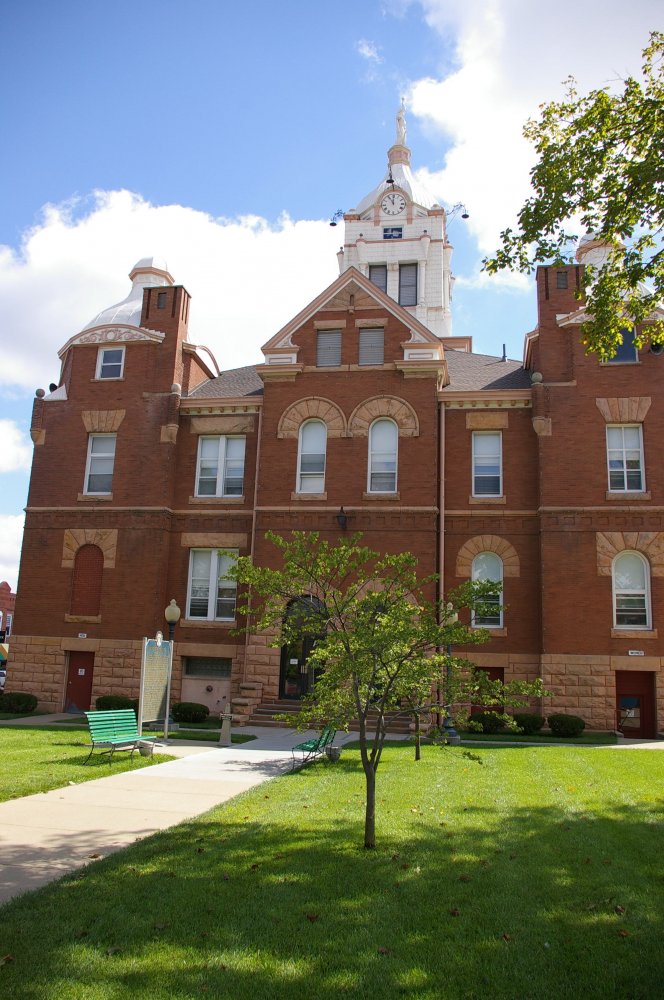 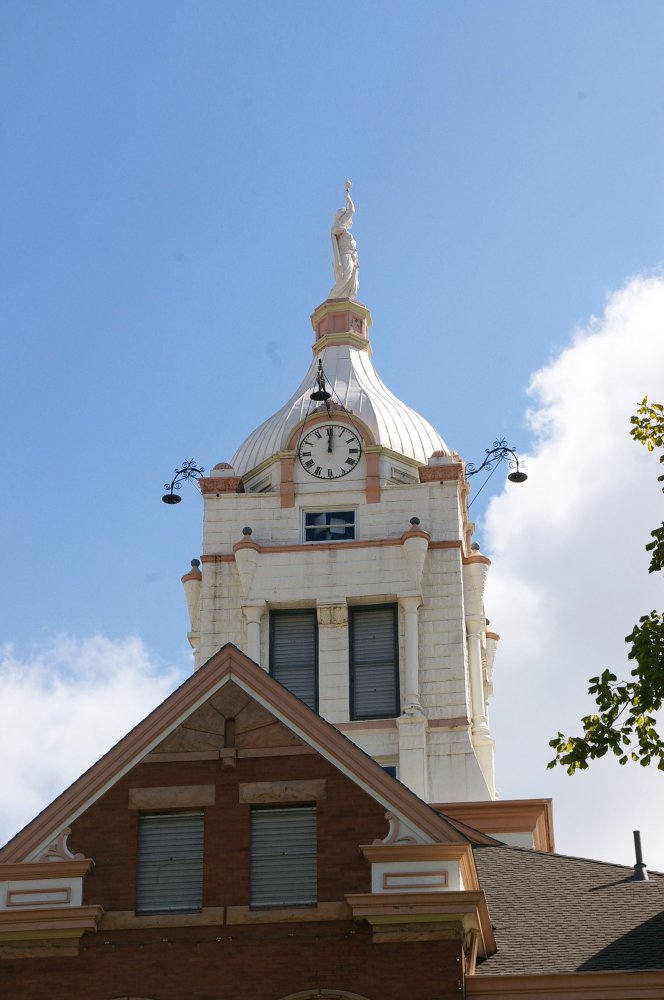 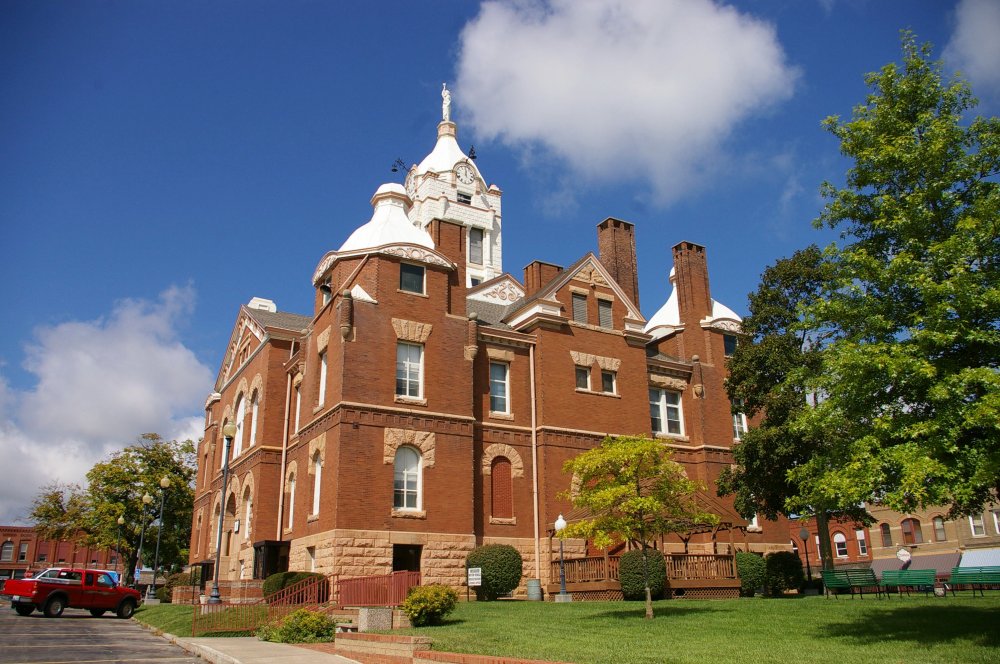 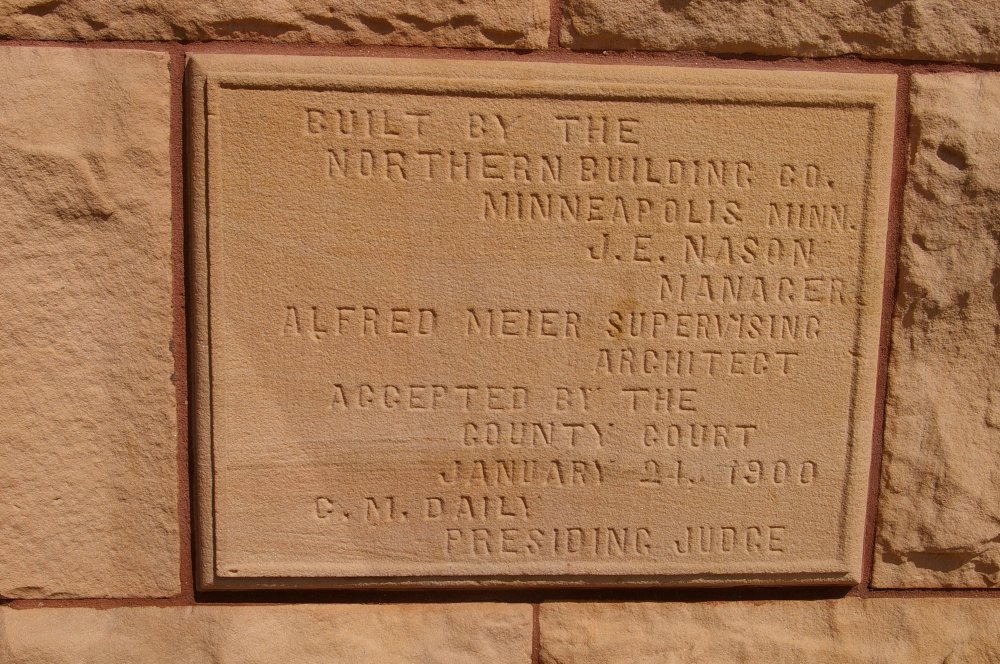 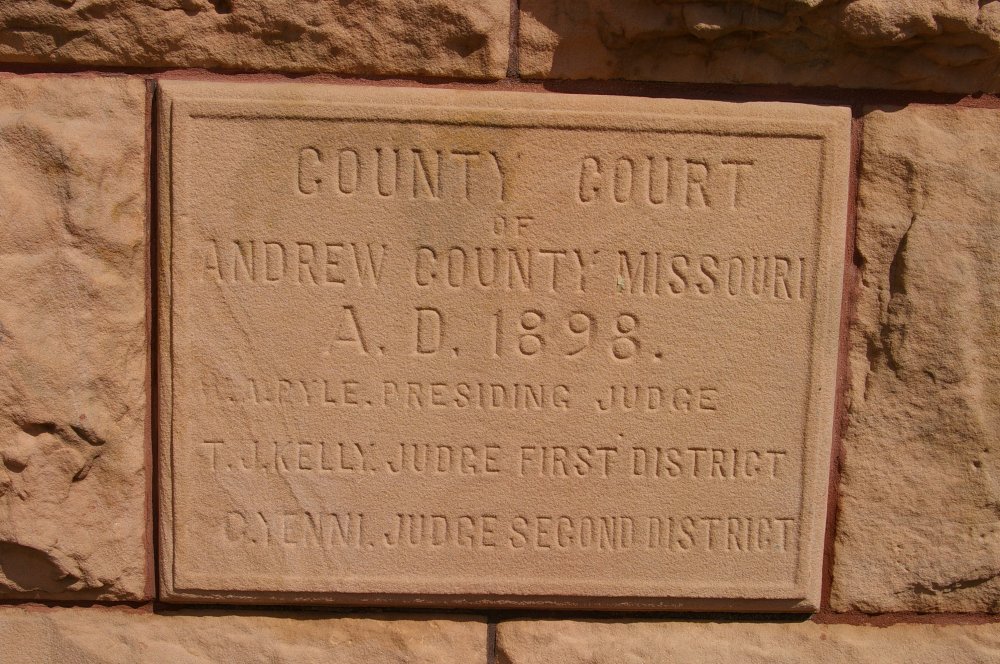 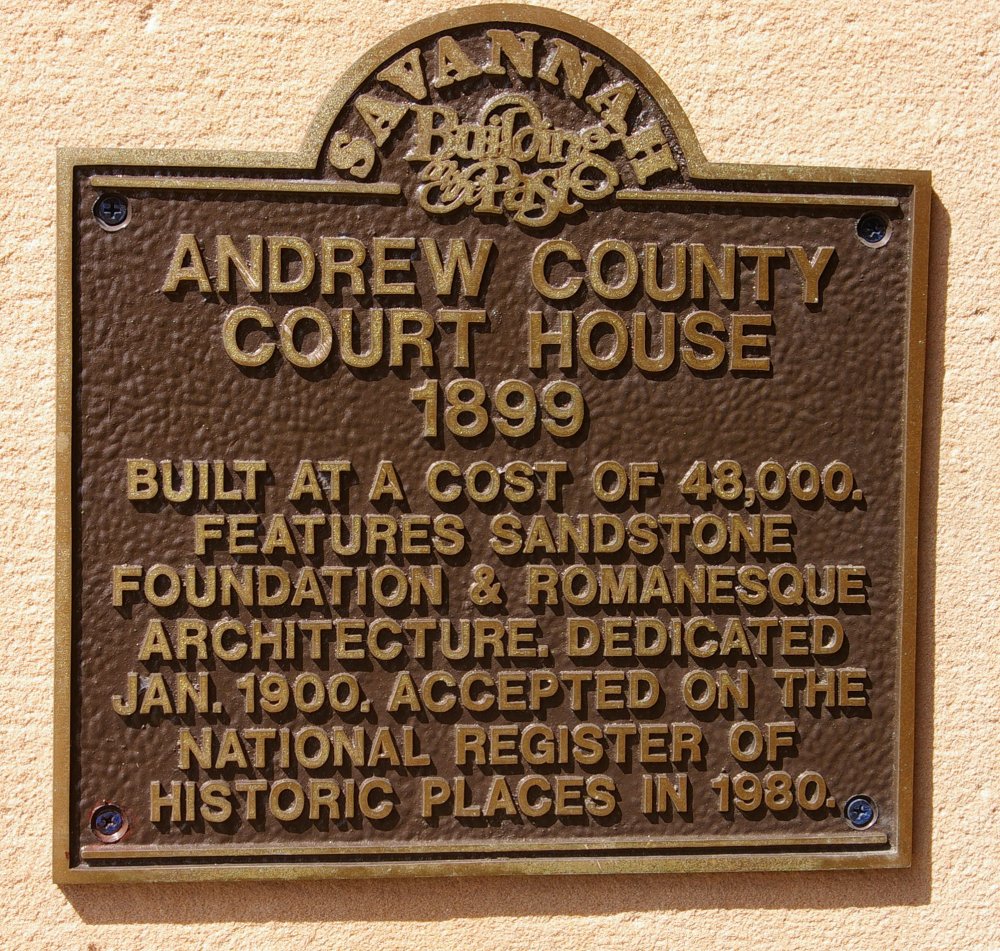