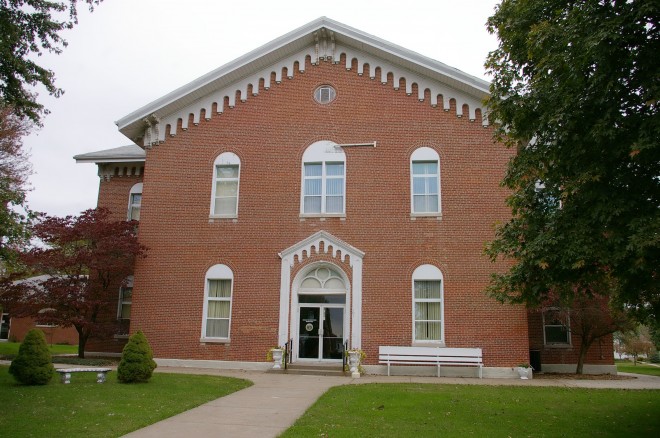 Lewis County is named for Meriwether Lewis, who was an explorer and Governor of the Missouri Territory. 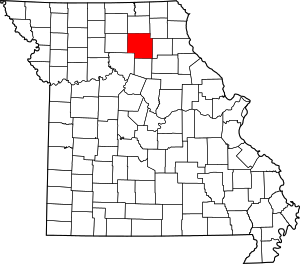 Description:  The building faces south and is a two story red colored brick structure. The building is located on the landscaped grounds of the Courthouse Square in the center of Macon. The building is in the form of a Greek Cross. The south front has a central framed entrance and the windows are arched. There is a west and east wing. The roof is peaked. The interior has some of the original woodwork, which is carved with decorative moldings. There is a north-south corridor. The double-wide staircase ascends to the second story where the courtroom is located. The County Circuit Court courtroom has the original judge’s bench which is decorated with molded panels. The courthouse was renovated in 2015. An annex was constructed in 1895 on the west side of the courthouse. The architect was Levi Aldrich and the contractor was John H Konefas. Both buildings were renovated in 1974. The architect was nForm Architecture of Springfield and Shive Hattery of Chesterfield and the contractor was JE Dunn Construction of Hansas City. On the north side is the old County Jail.

History:  The county was created in 1837 and Bloomington was selected as the first county seat. The court met at the homes of Joseph Owenbey and Dabney Garth. The first courthouse was a two story log structure designed by Joseph Owenbey and built by Willis E Green in 1838 at a cost of $209. The second courthouse was a two story brick structure built by James T Haley at a cost of $3,000. The county seat was moved to Macon in 1863. The third and present courthouse was constructed in 1864 to 1865 at a cost of $30,000. Fred Rowland was the superintendent during construction. The cost of construction of the annex in 1895 was $7,000. 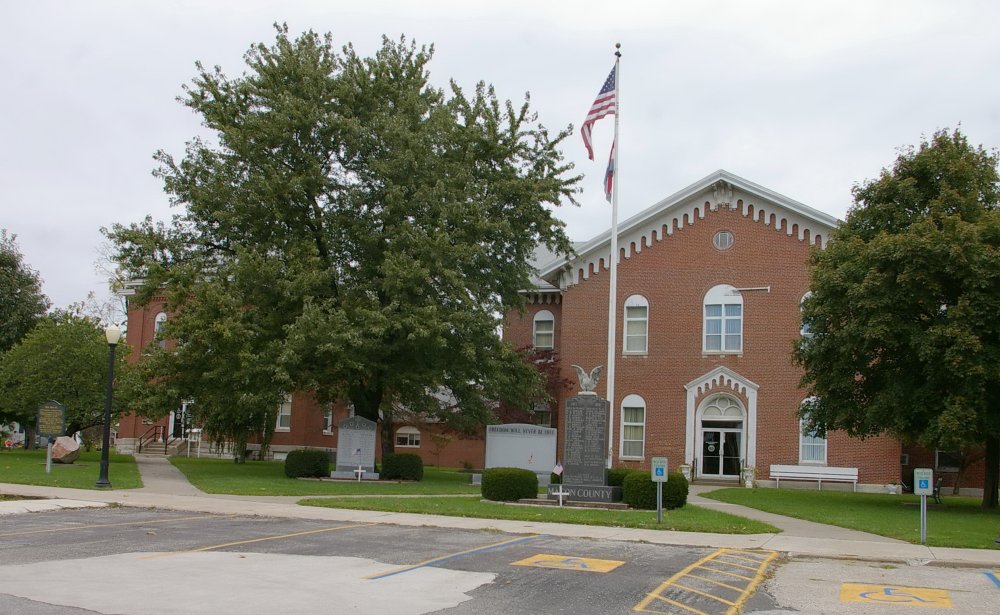 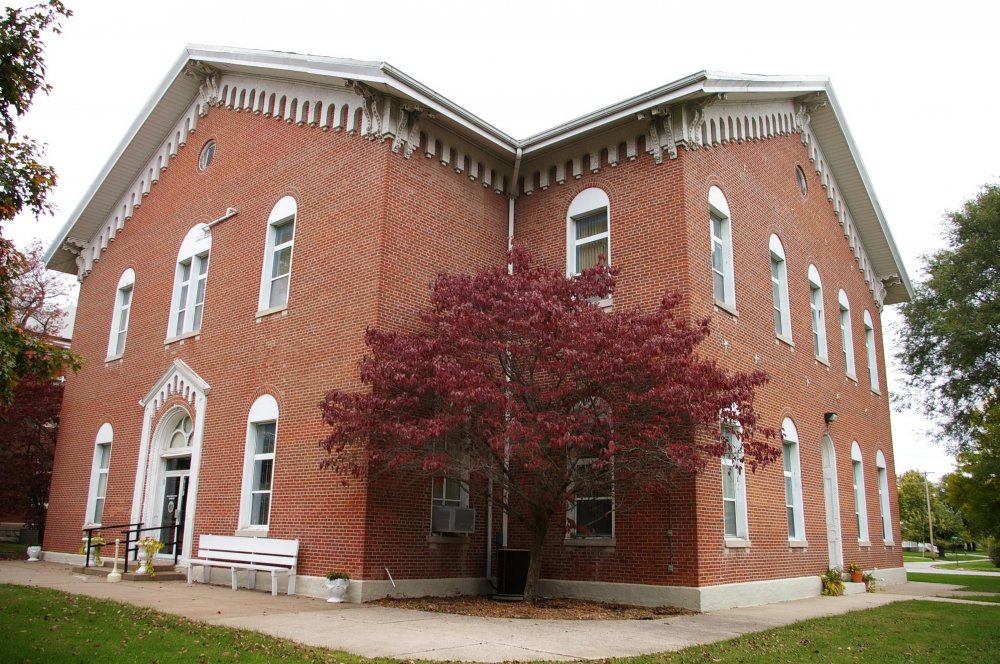 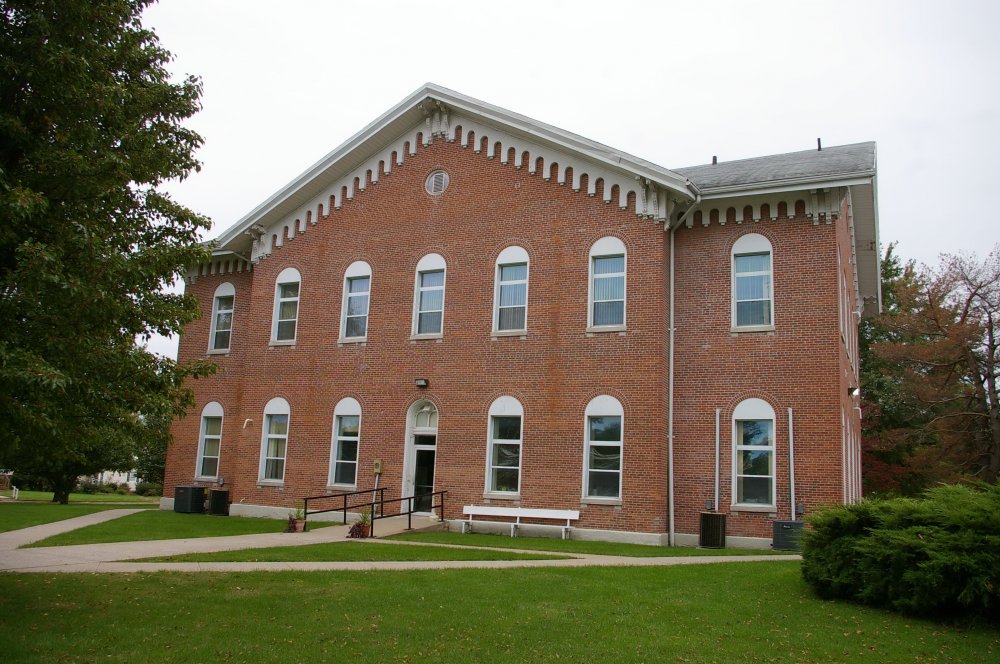 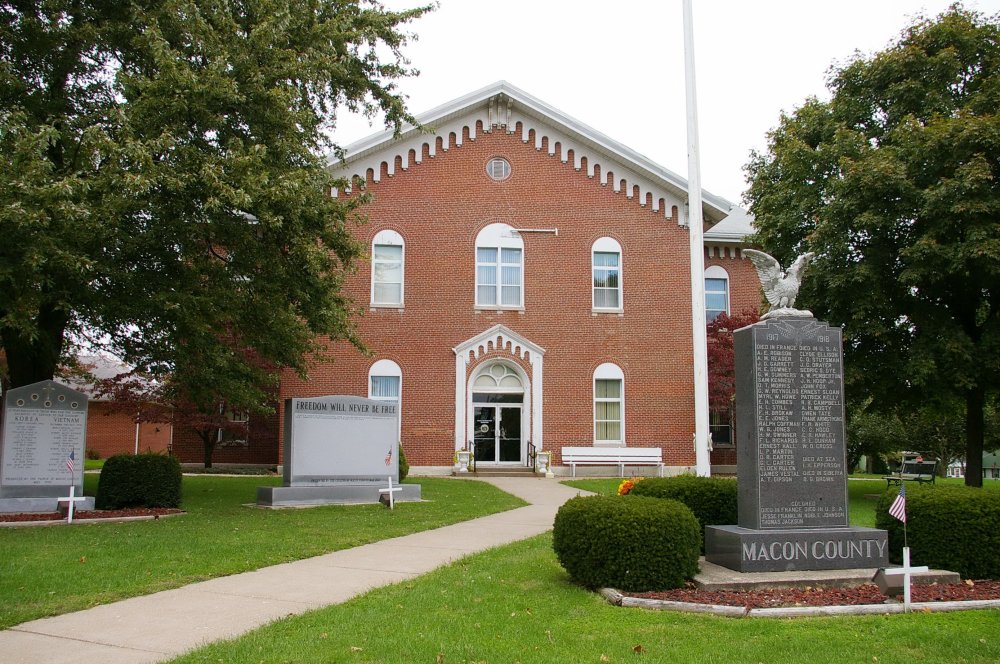 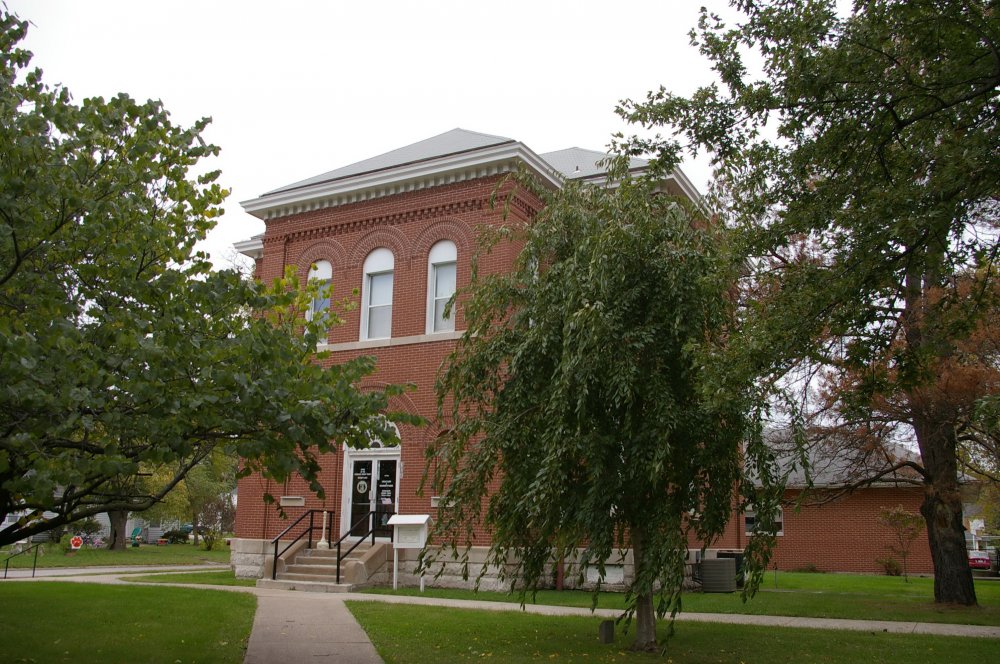 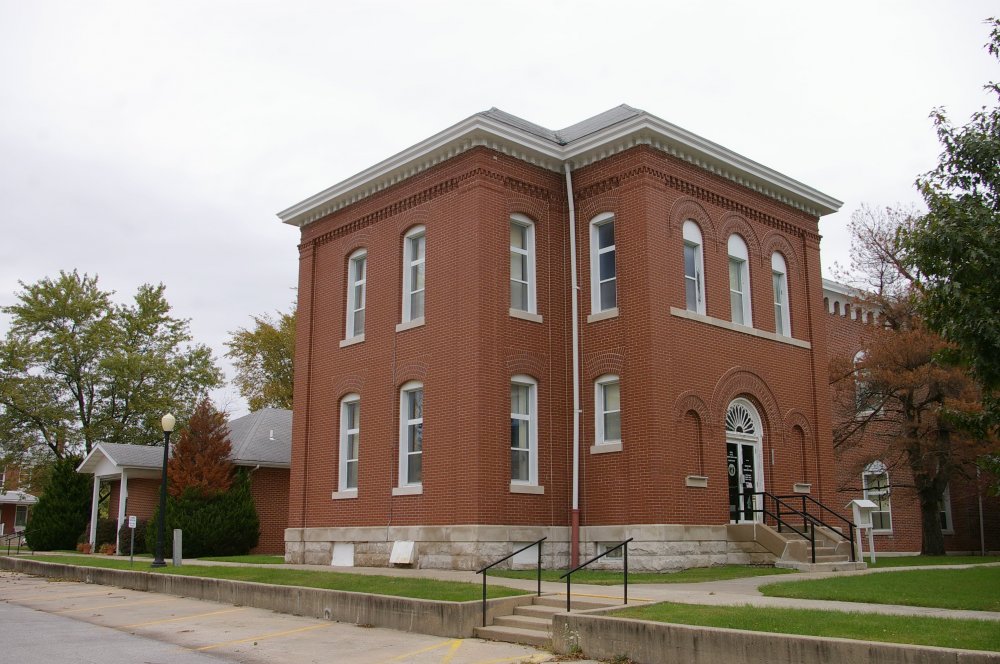 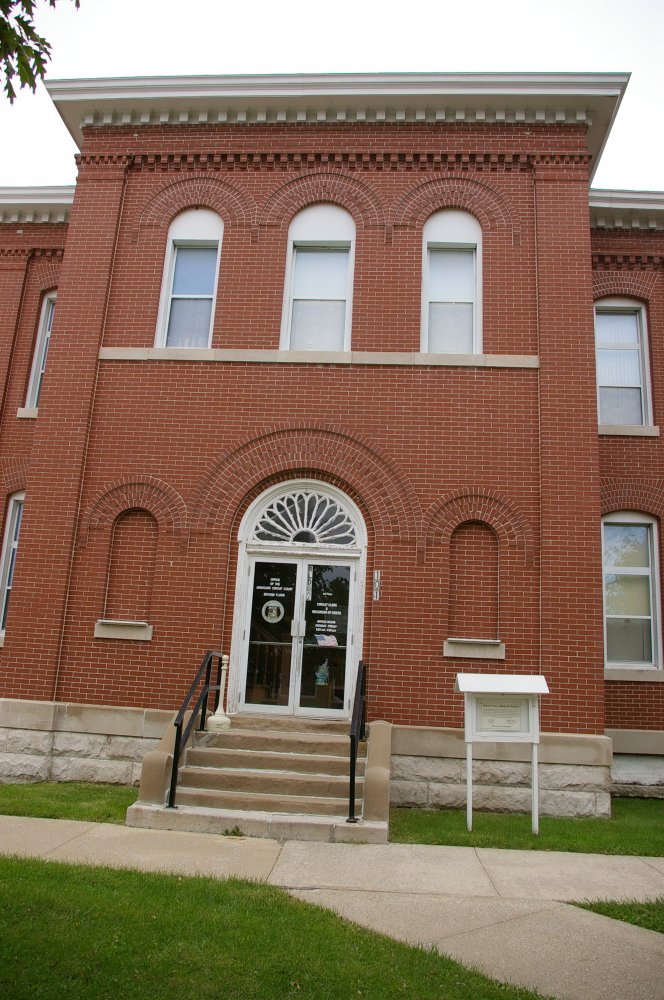 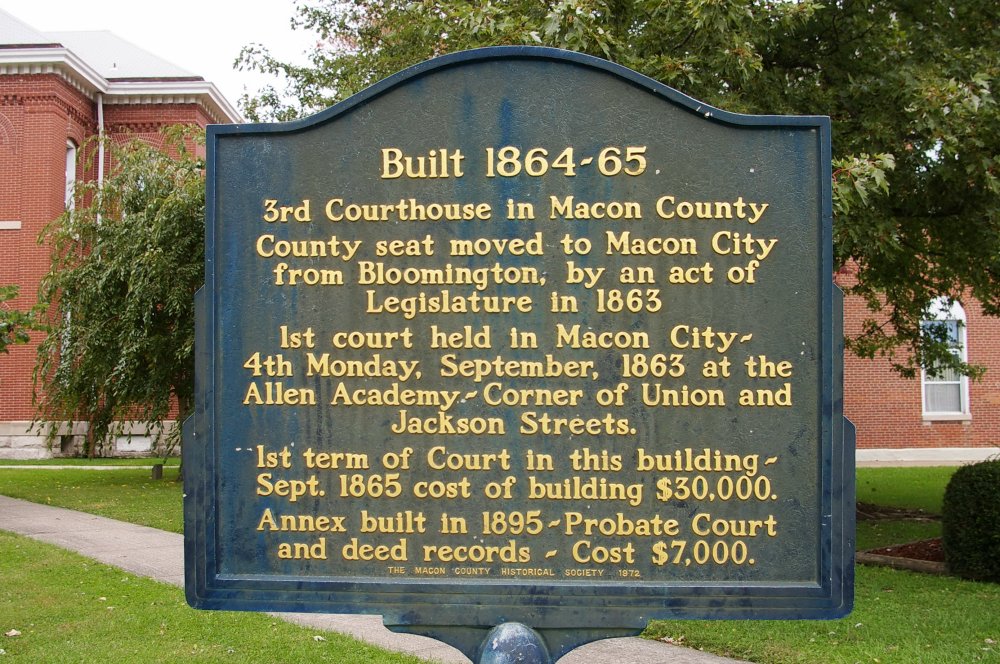 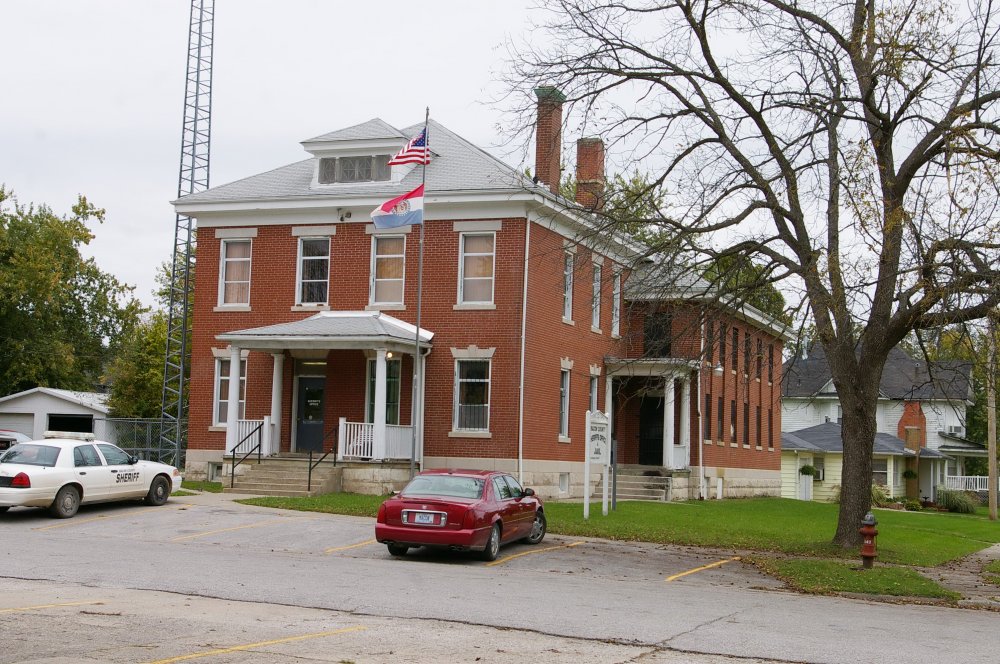