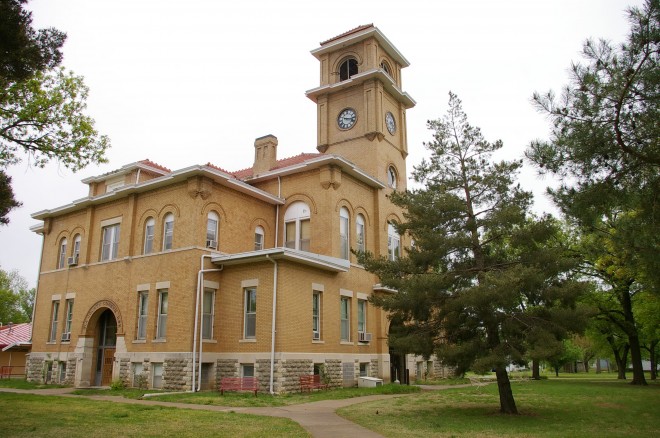 Elk County is named for the Elk River which was named after the abundance of elk in the region.

Description:  The building faces west and is a two story yellow buff colored brick, stone and concrete structure. The rectangular shaped building is located on spacious landscaped grounds in the center of Howard. The exterior features a yellow-buff color brick exterior with red-tinted mortar. The bottom level is defined by a rusticated limestone finish. The north front has an arched entrance on the first story and rises to a high square brick clock tower with open section at the top. The front east and west sections are one story with a two story section behind. The north and south sides have arched recessed entrances. The red colored roof is hipped. The first floor hallway floor is covered with mosaic tile. The same tile appears in the stairwell landings between the first and second stories. All the doors and doorjambs are of oak. The courtroom is located on the second story. The building houses the County District Court of the 13th Judicial District. The building was renovated in 1976 to 1977.

History:  Originally Godfrey County was created in 1855 and changed to Seward County in 1860. Elk County was created in 1875 and Howard was selected as the county seat. The county occupied rented premises. The first courthouse was a two story structure on Wabash Avenue erected in 1878 by the citizens of Howard. The second courthouse was designed by Parsons and Son and constructed by J S Huntly in 1886 to 1887 at a cost of $40,000. The courthouse burned on October 24, 1906. L F Roberts was hired to tear down the remaining wall and the cost of construction of the third and present courthouse was $47,000 in 1907 to 1908. 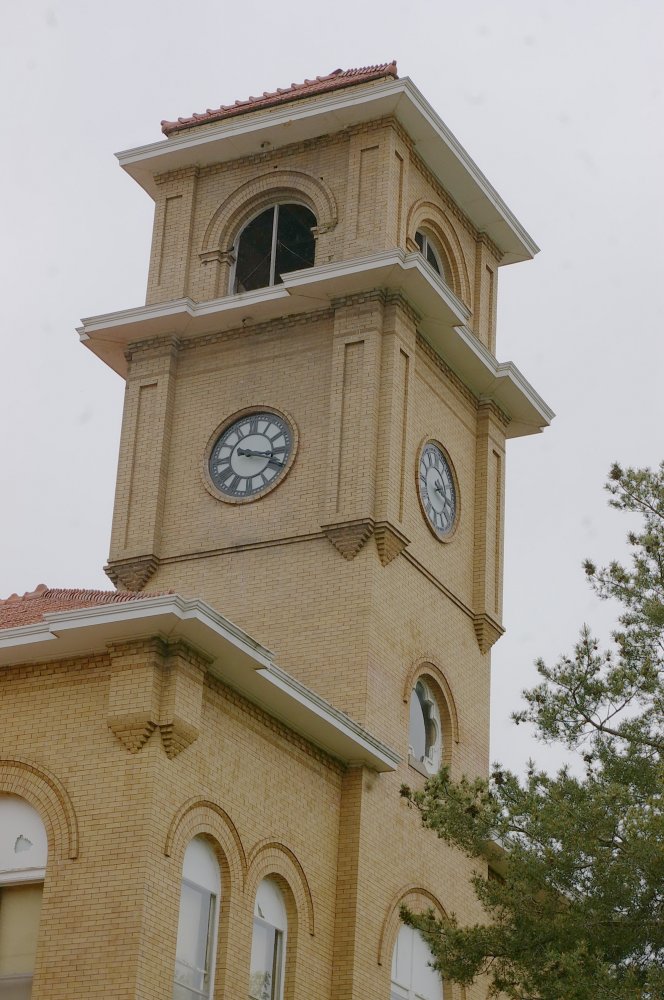 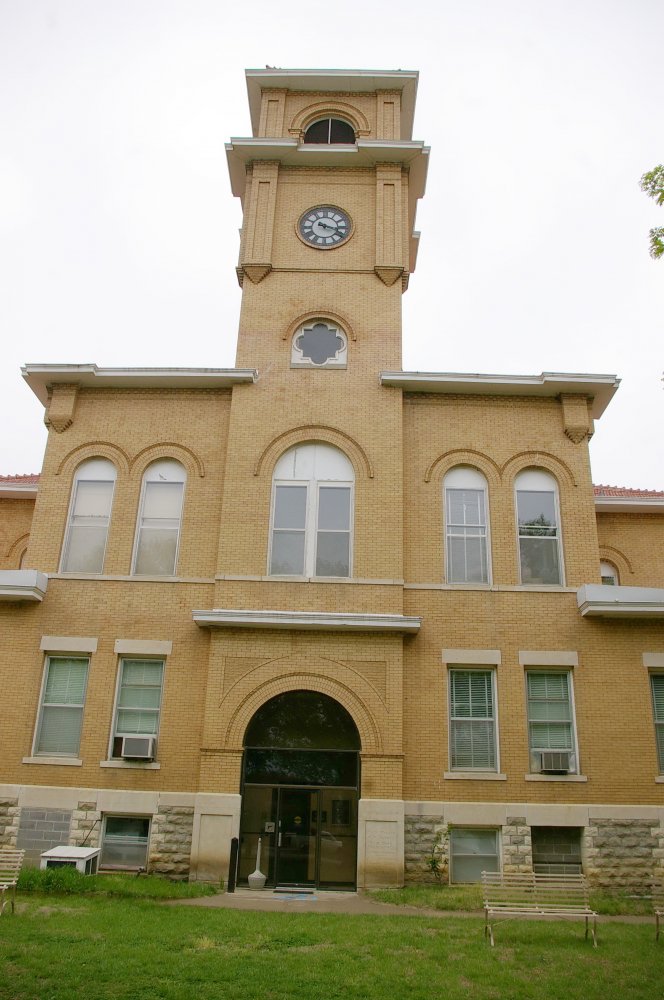 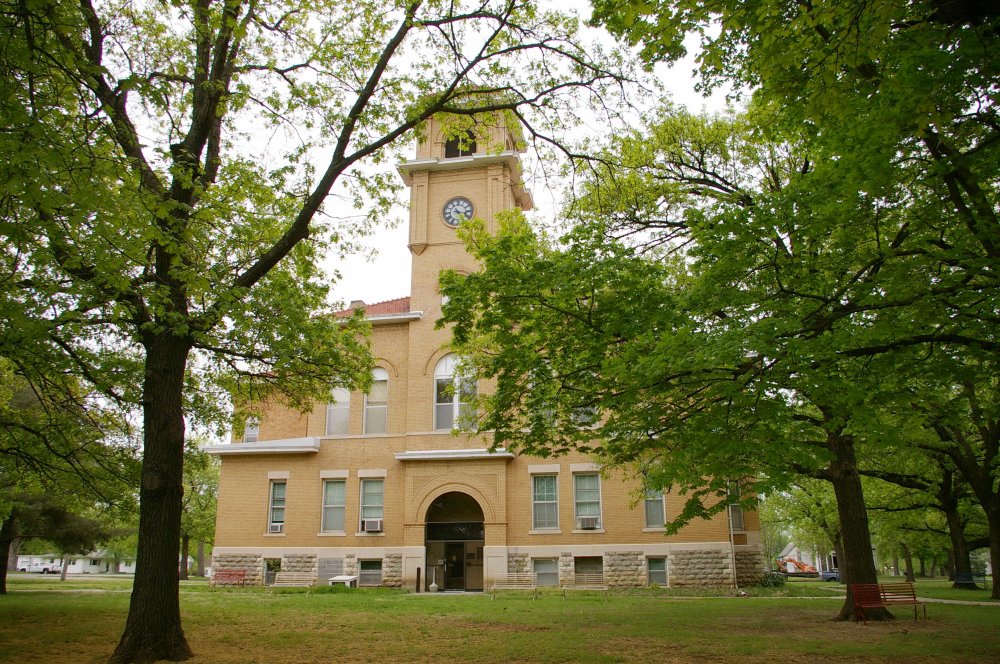 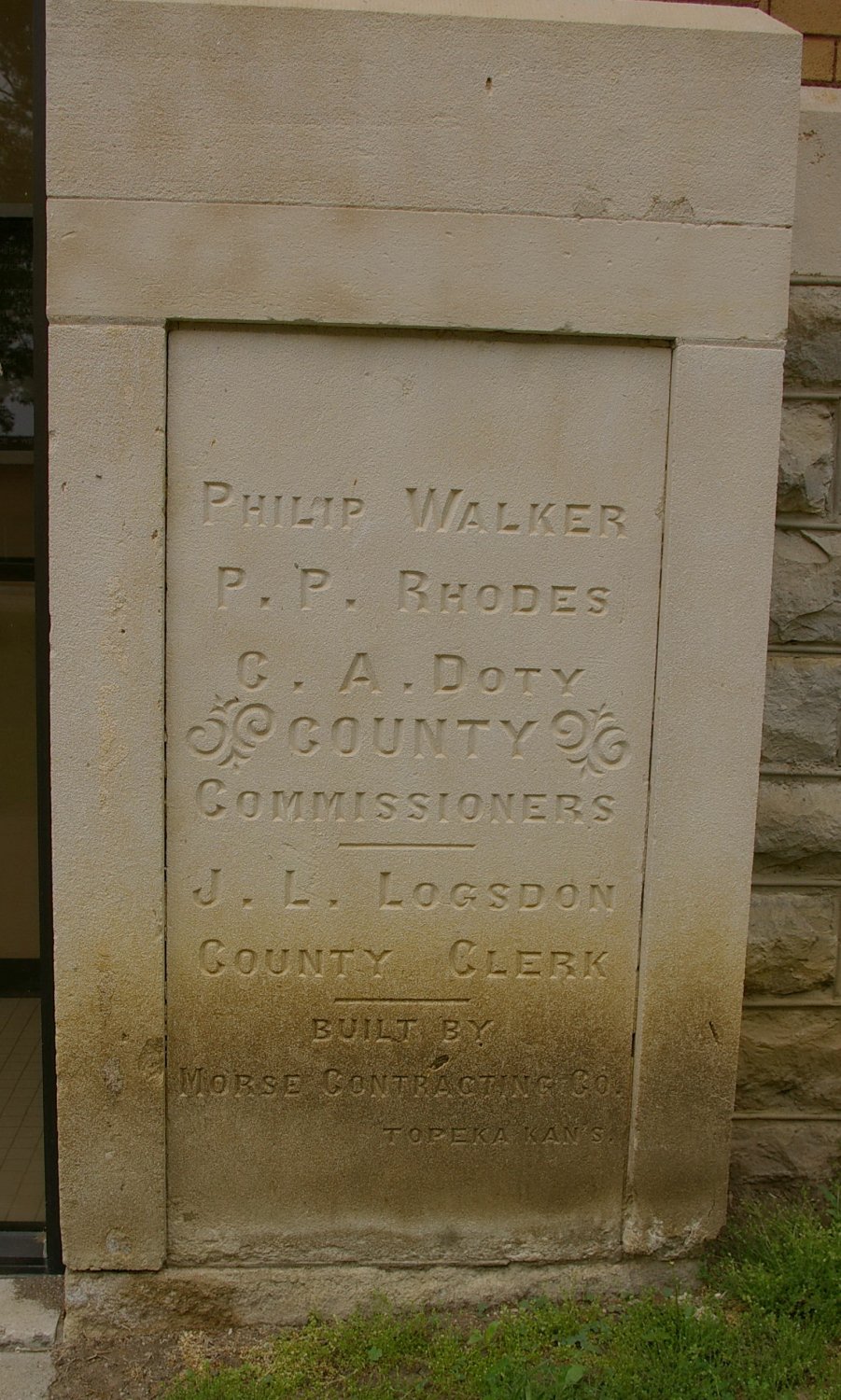 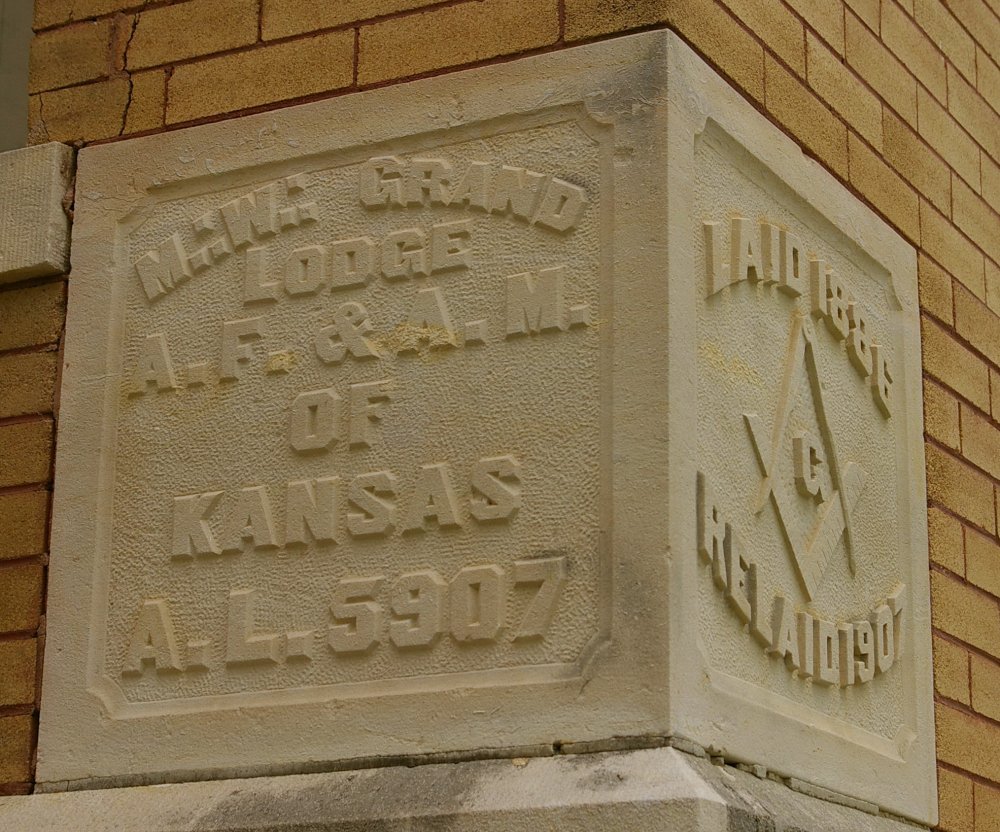 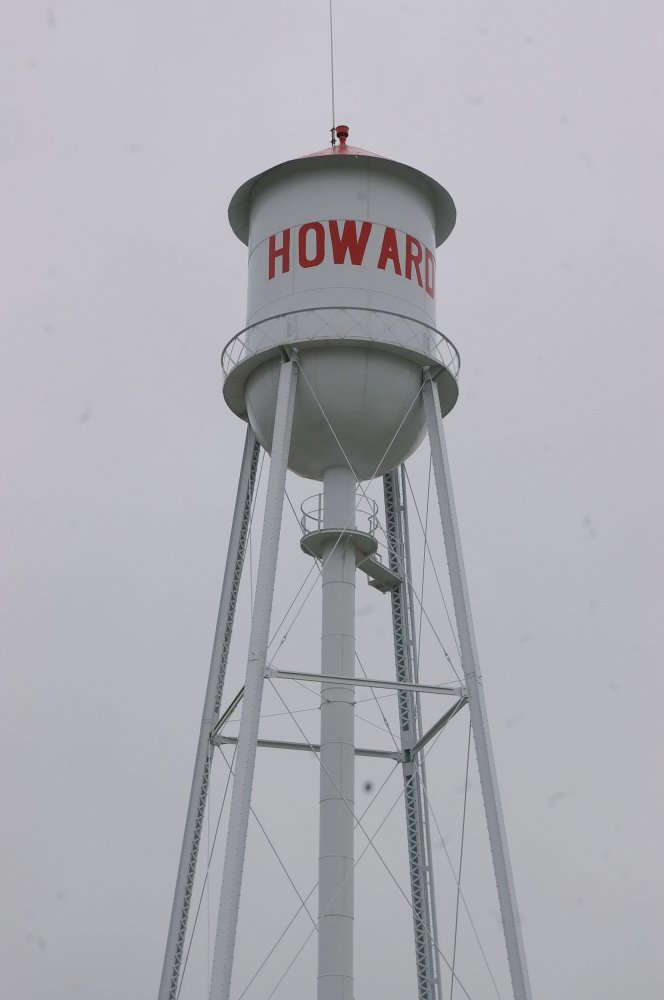