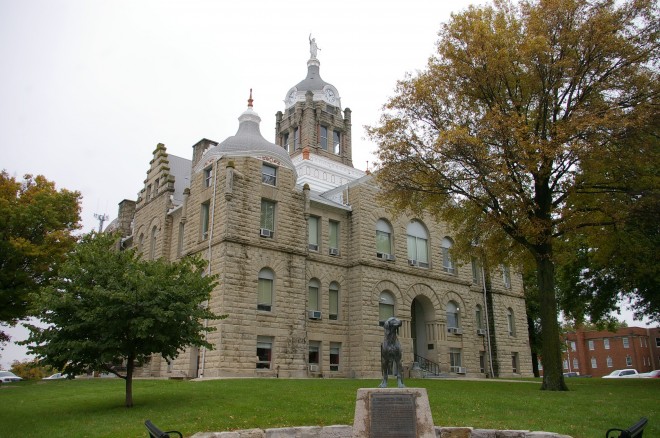 Johnson County is named for Richard Mentor Johnson, who was the ninth Vice President of the United States.

Description:  The building faces east and is a two story Warrensburg sandstone structure. The building is 84 feet by 104 feet. The east front has a projecting center section rising to a peak with archway at the entrance and three arched windows on the second story. Each corner has a large square stone tower with domed roof. On the center of the roof is a square stone clock tower with dome. Atop the dome is a statue of Justice. The building is located on Courthouse Square.

Note::  The lowest bid for construction of the courthouses was from J M Anderson of Emporia, Kansas at $49,885.

See:  The architect, George E McDonald of Omaha, Nebraska, designed courthouses in Kansas in Elk County; in Missouri in Andrew County, Bates County and Lawrence County and in Nebraska in Fillmore County and Nuckolls County. 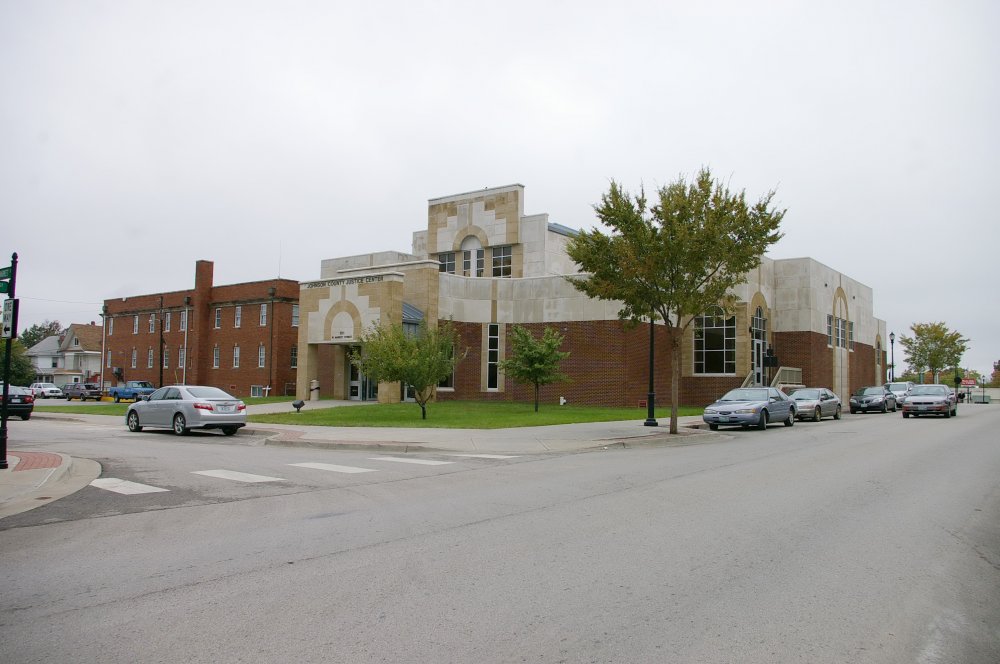 Description:  The building faces east and is a two story cream colored stuccoed brick  structure. The east front has a central arched entrance. The foundation is locally quarried limestone. The roof is hipped. The building is located on the Old Public Square.

Note:  After 1871, the Old Courthouse was used as a school, a church, a courthouse again for a year, and finally a private residence during which time it was repeatedly remodeled.  In 1965, the Johnson County Historical Society purchased the property and began restoration and preservation efforts guided by the original specifications. 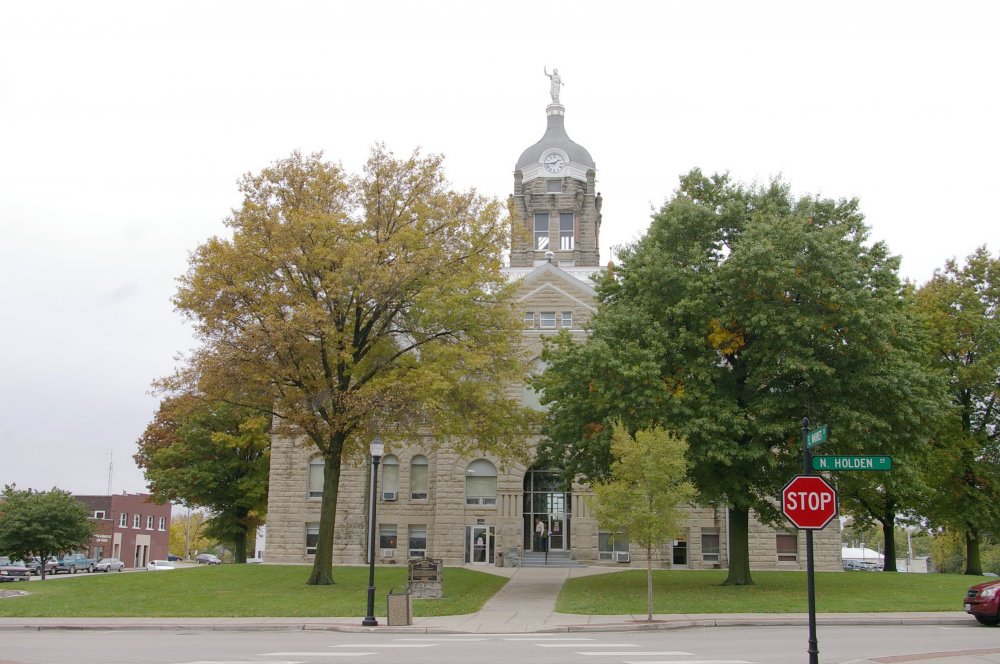 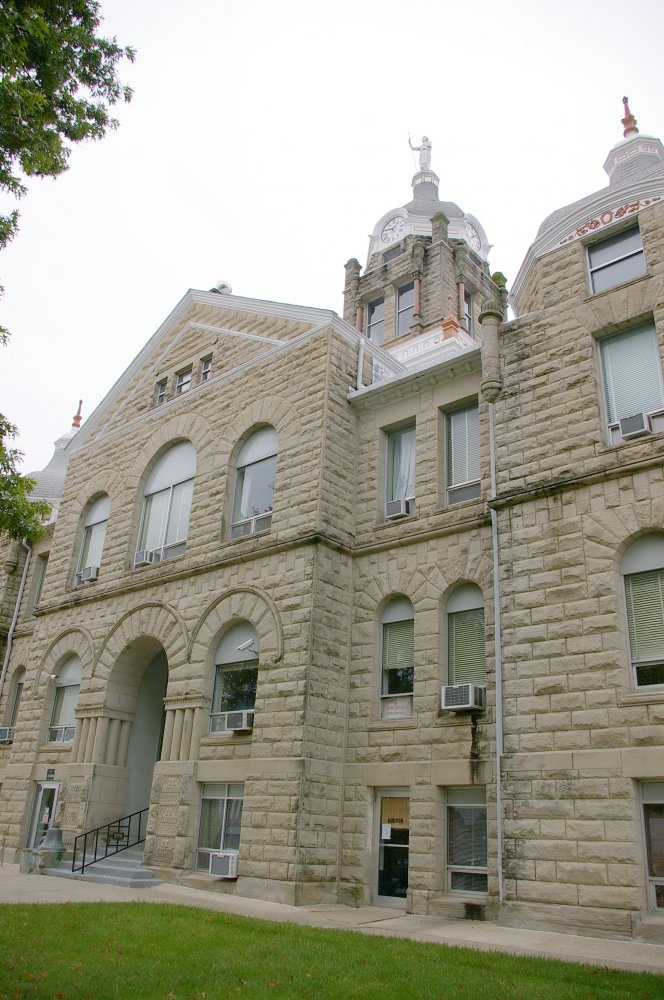 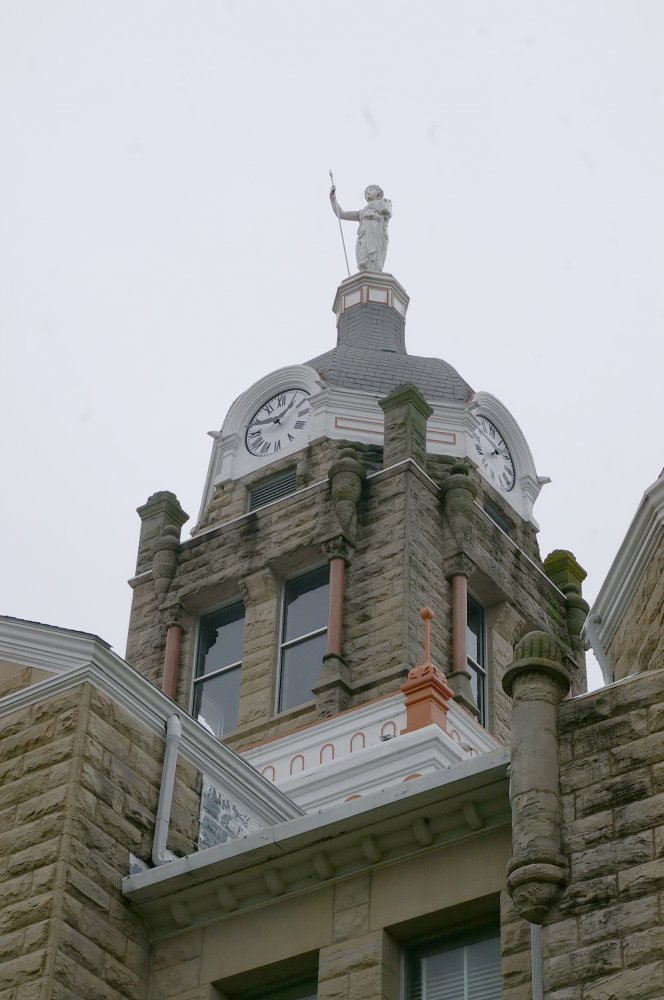 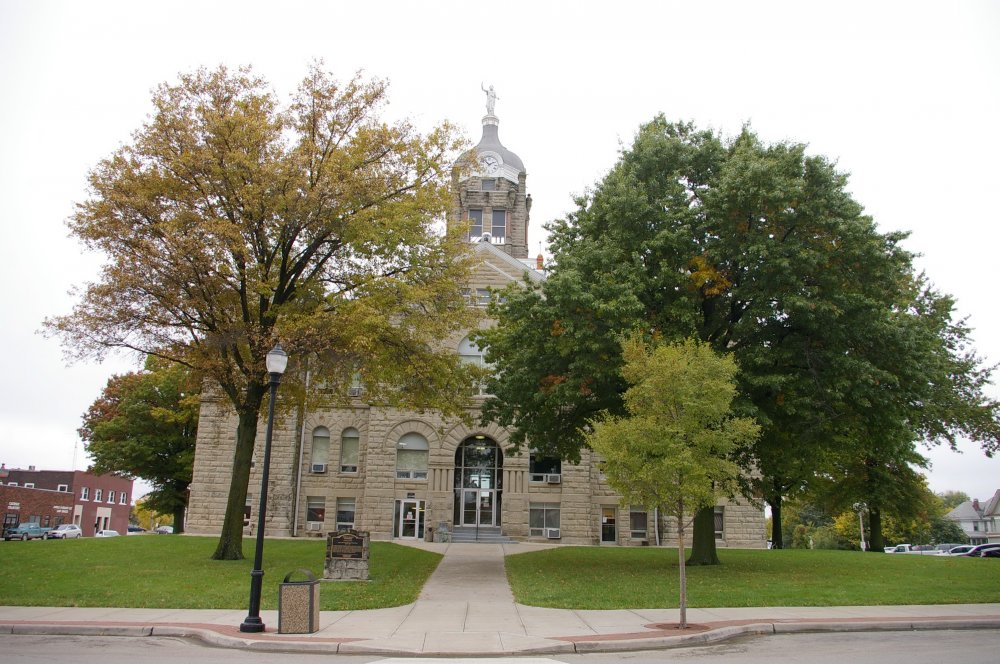 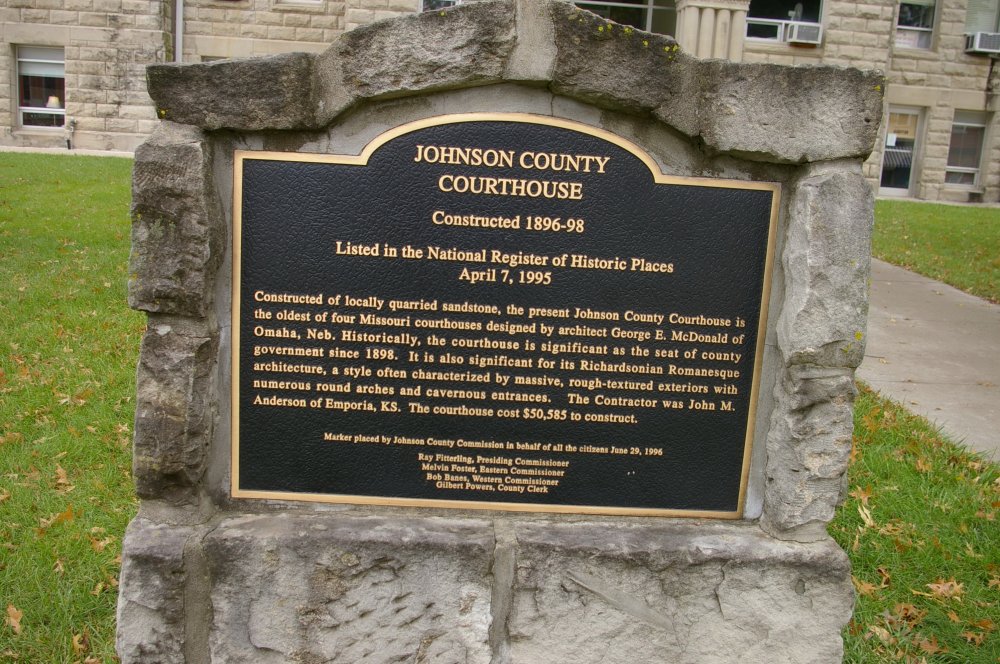 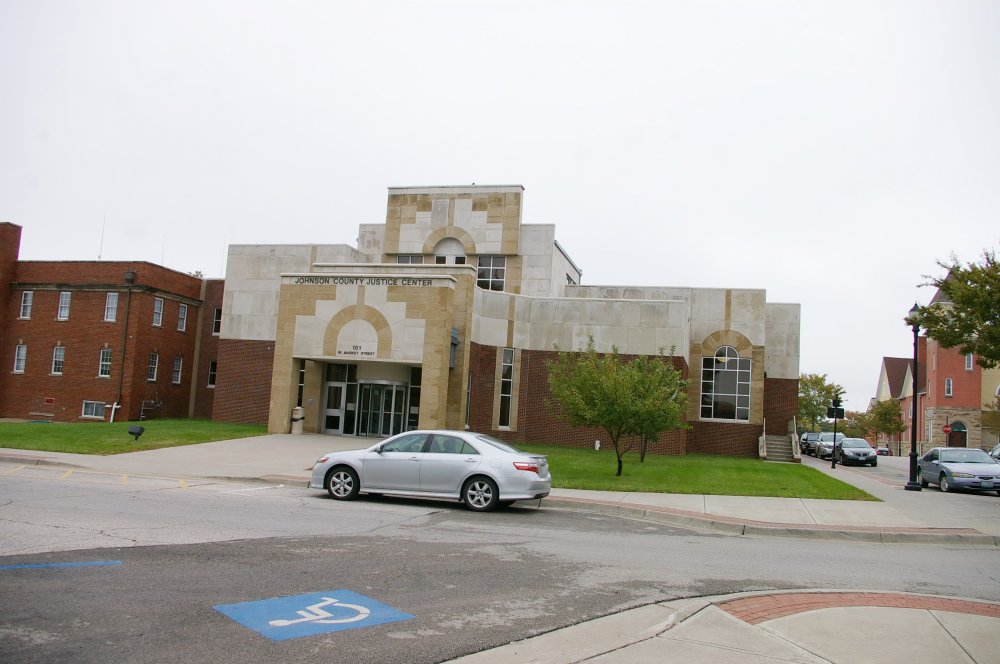 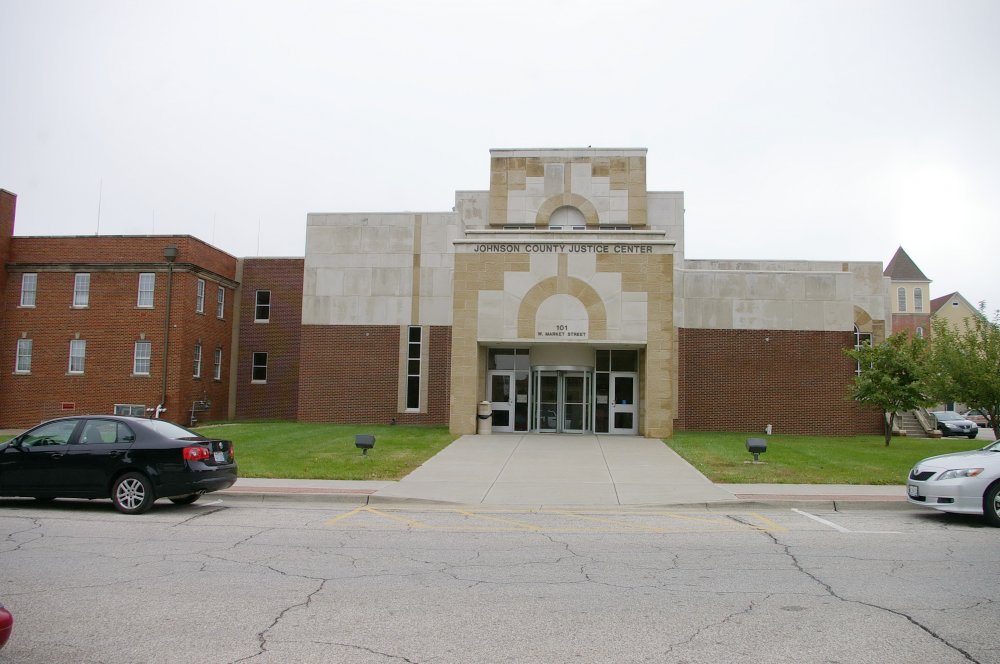 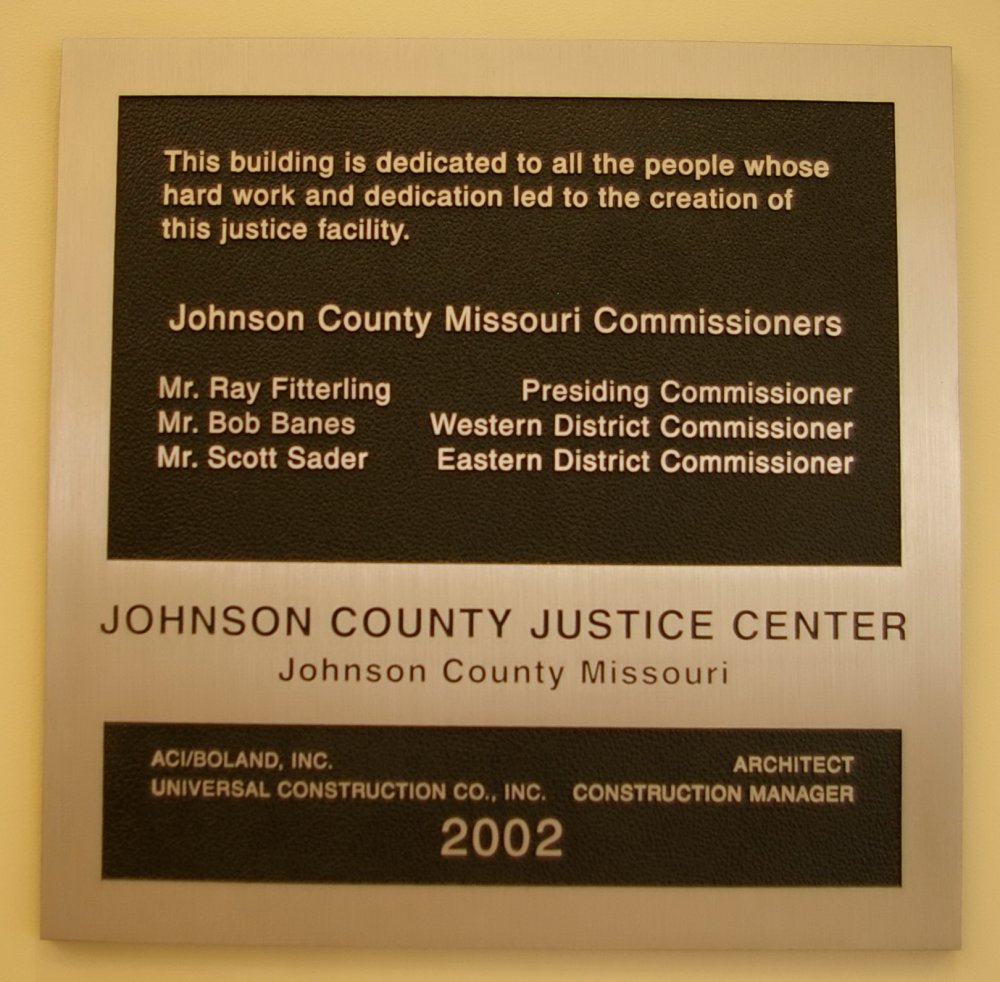