Ellsworth County is named for Fort Ellsworth, which was named for Allen Ellsworth who was a 2nd Lieutenant of the 7th Iowa Cavalry and who supervised the construction of the fort. 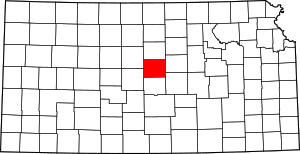 Description:  The building faces southeast and is a four story buff colored brick and concrete structure. The building is located on landscaped grounds in the center of Ellsworth. The building is tired rising to the fourth story at the center. The central part of the southeast front projects from the main building and has dark red colored stone trim around the entrance and second story windows. The east and west wings are lower. There are brown colored panels between the first and second story windows. The roof line is flat. In the interior, the County District Court courtroom is located at the center of the second story on the south side. The building houses the County District Court of the 20th Judicial District.  On the northeast side is the County Law Enforsement Center.

Note:  The associate architect was John G Seitz and the electrical contractor was Paul Merrill Construction Company of Salina. 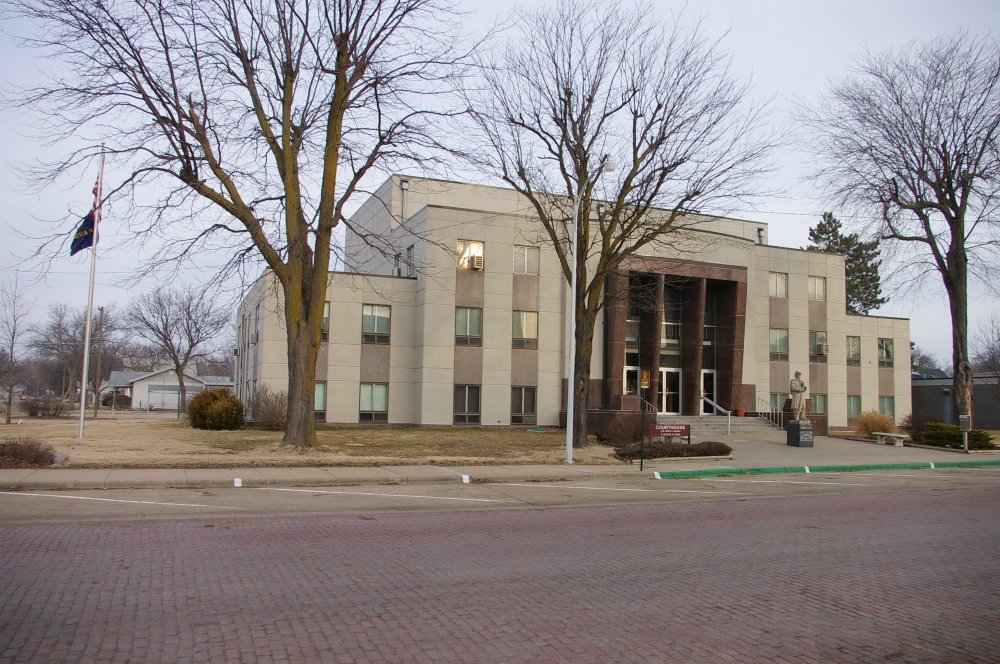 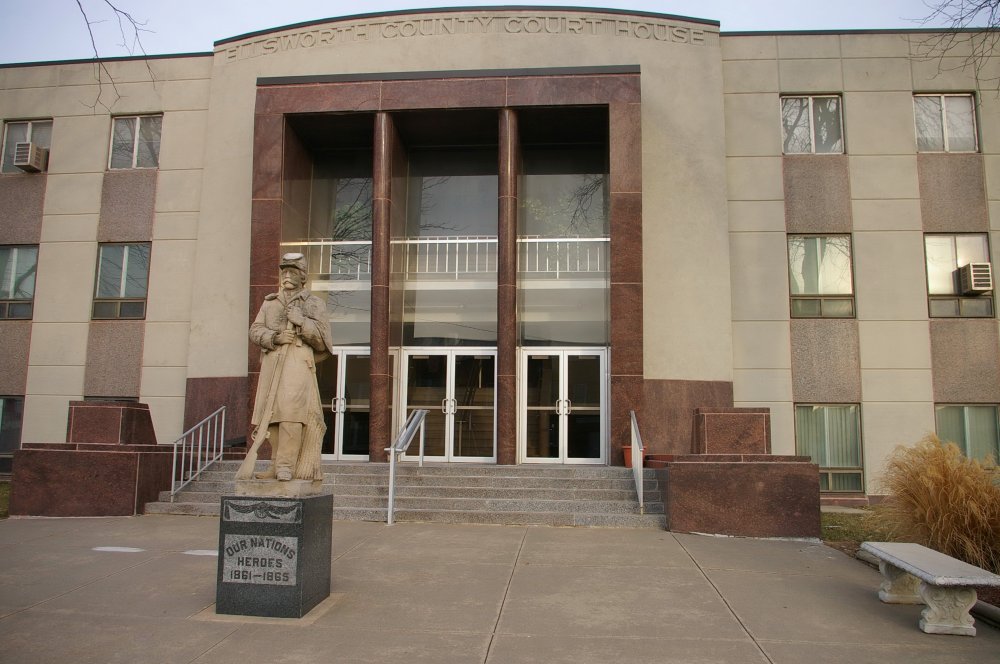 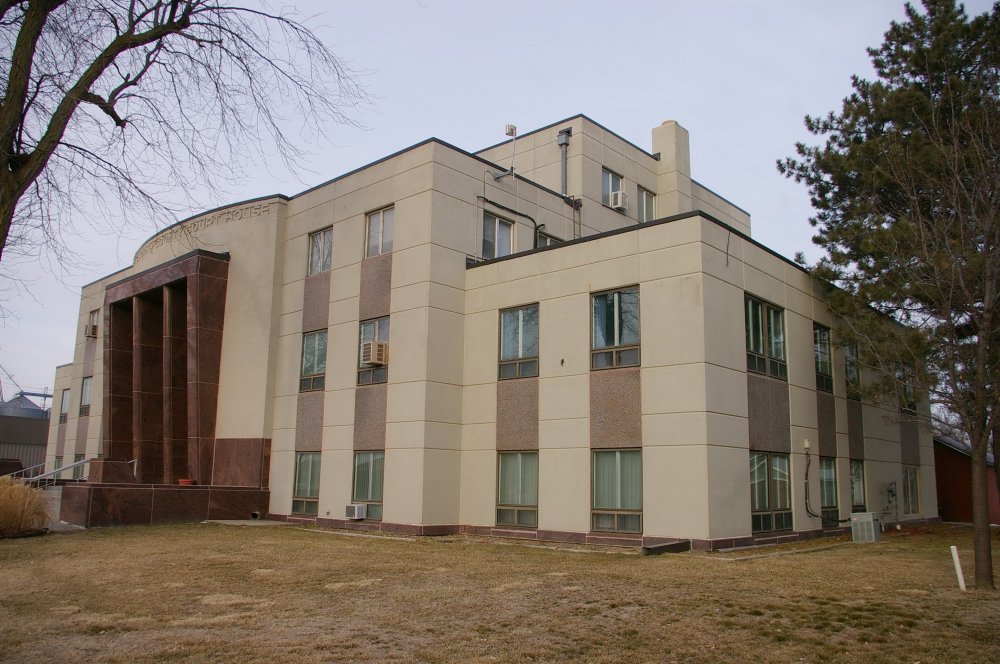 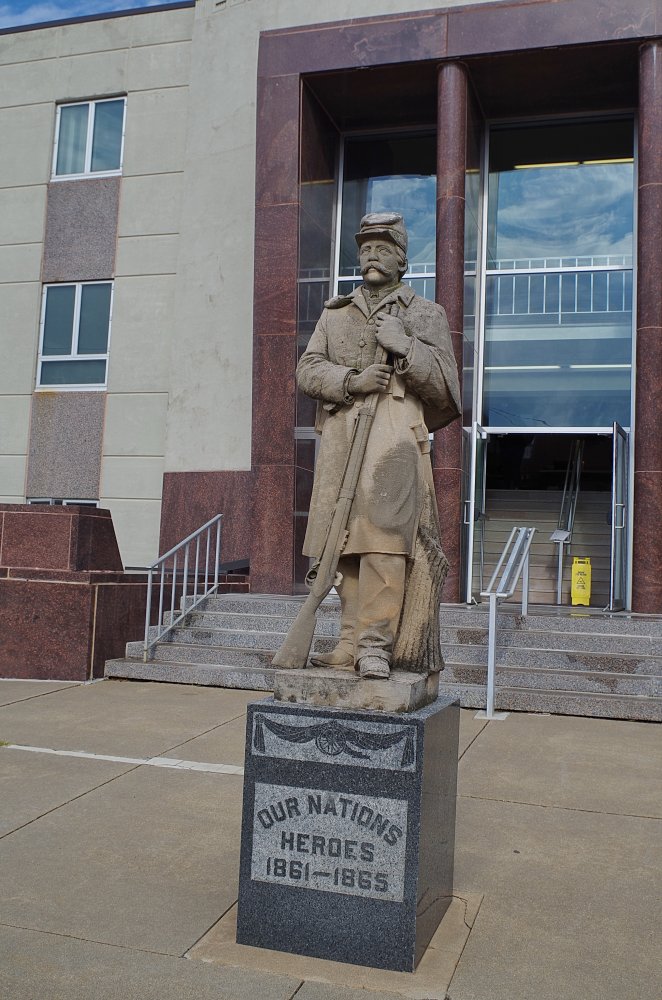 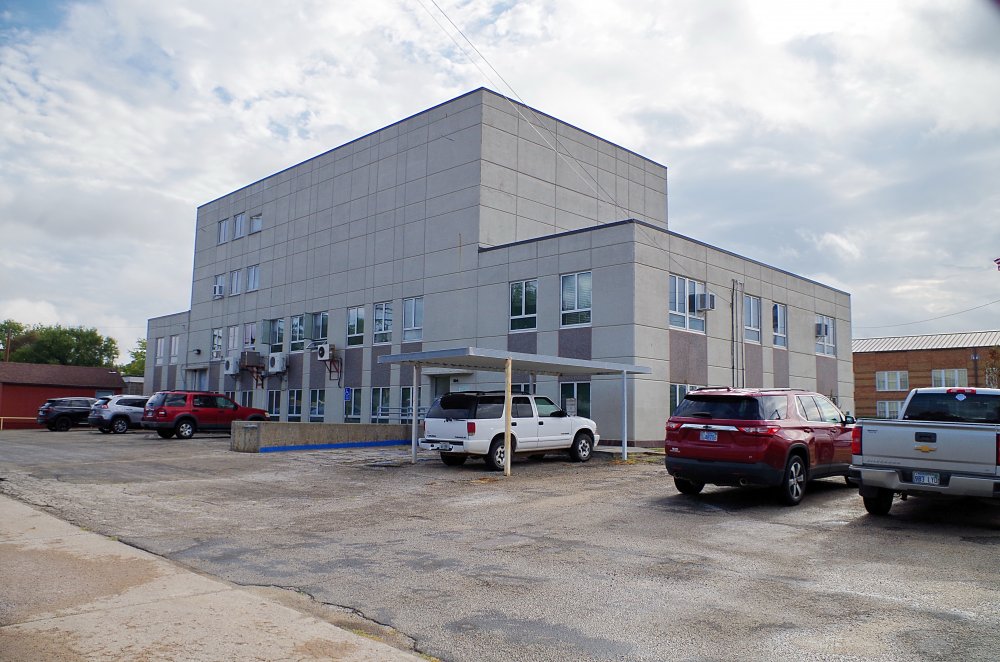 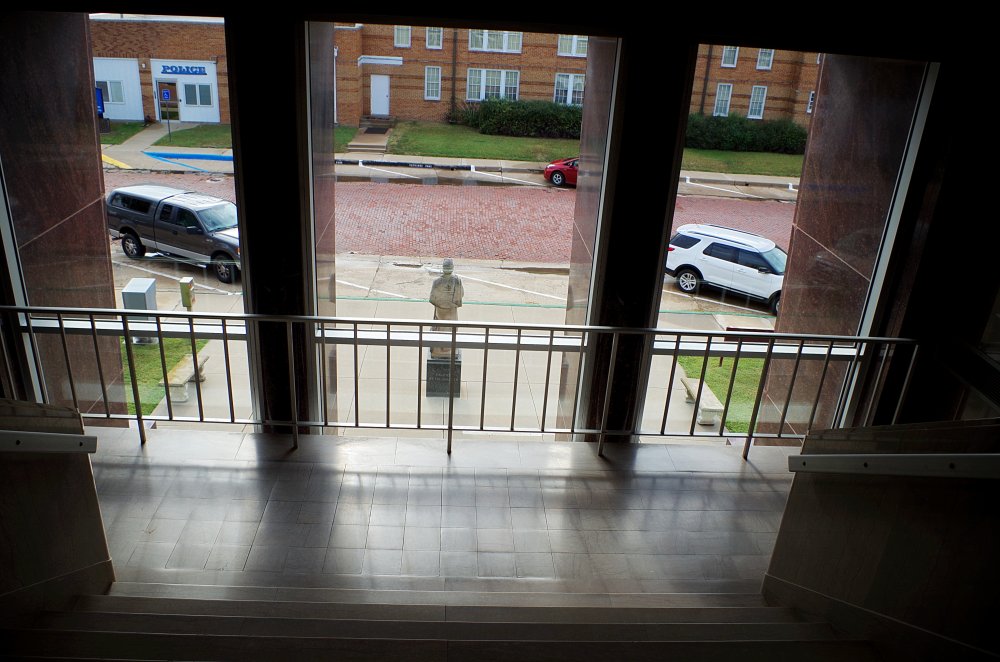 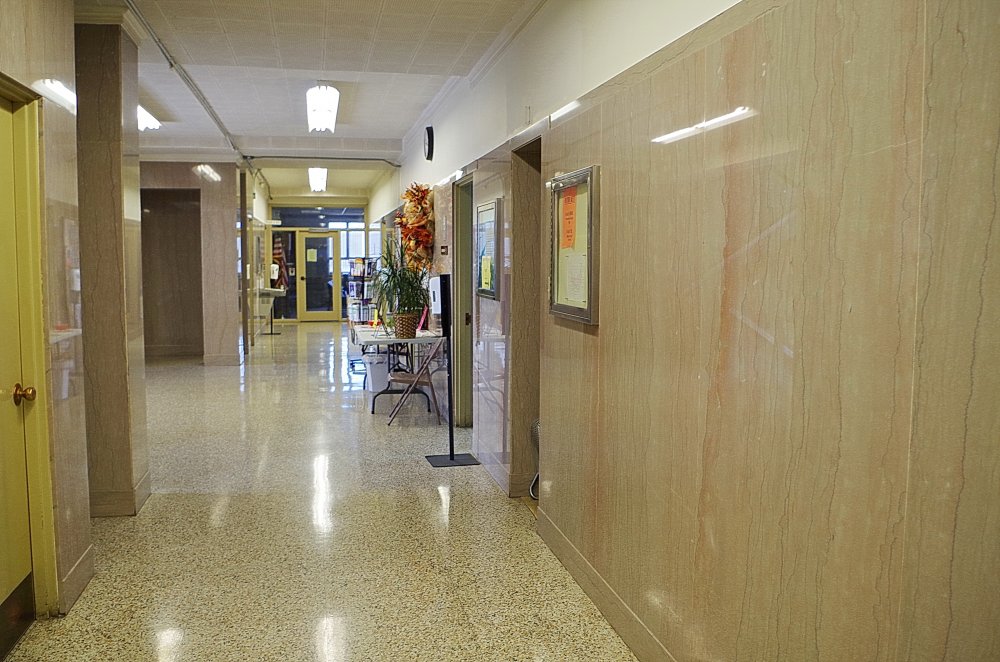 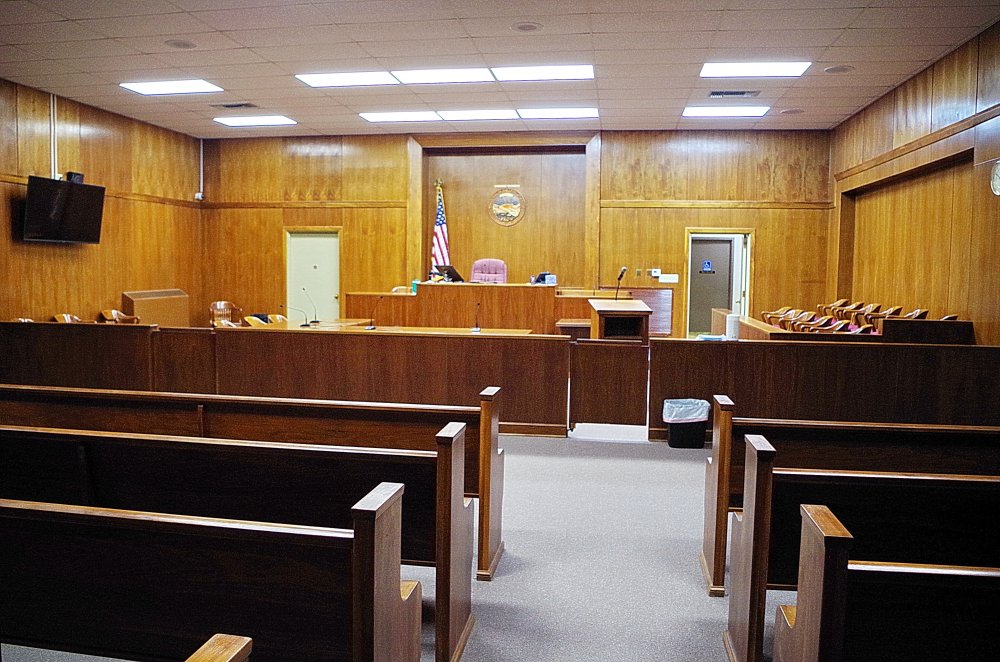 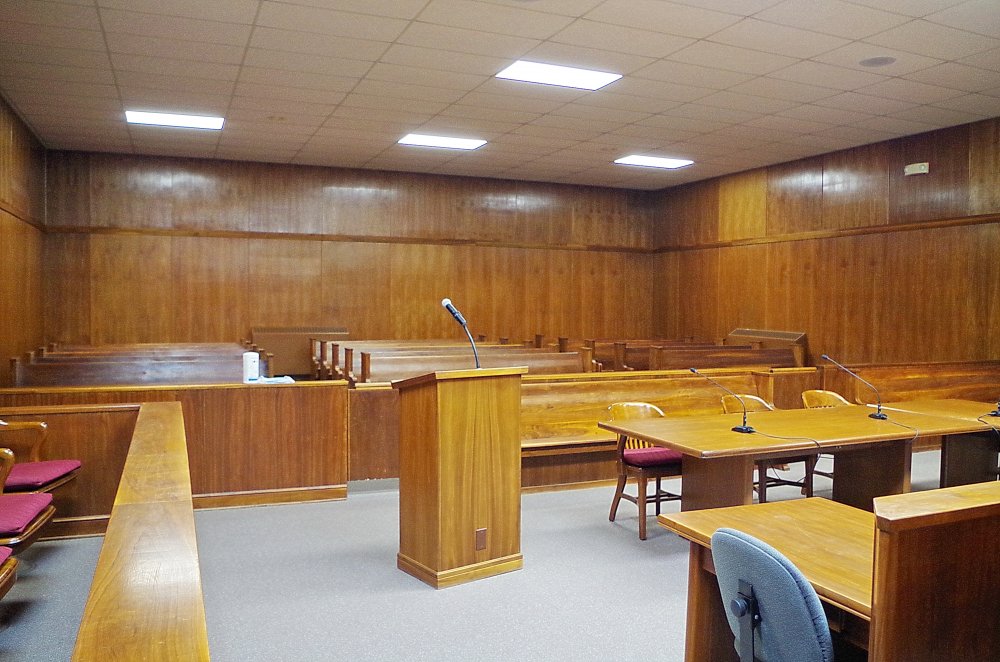 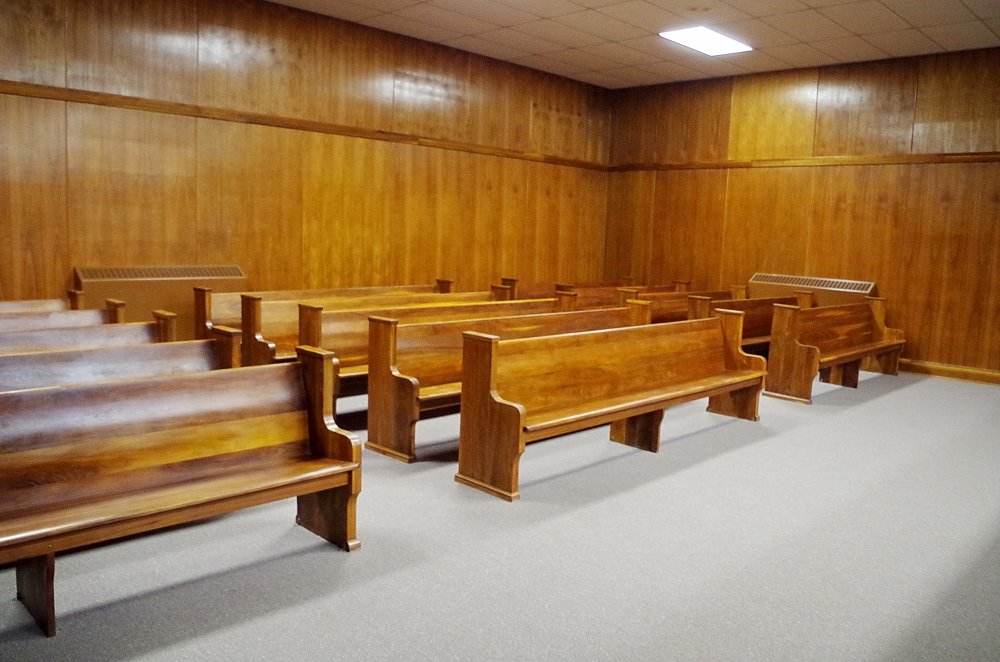