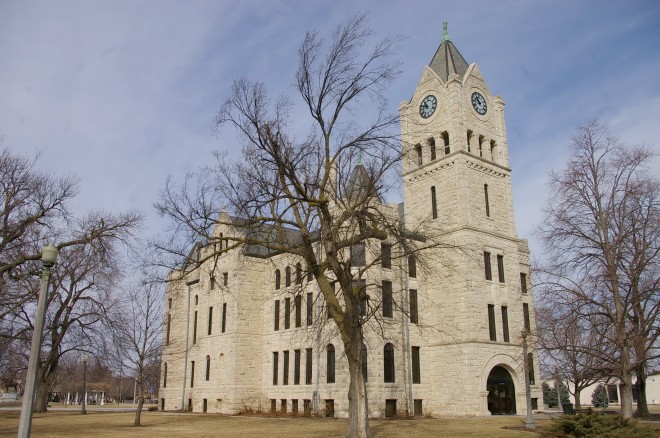 McPherson County is named for James Birdseye McPherson, who was a Major General during the American Civil War. 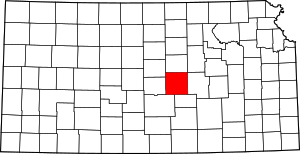 Description:  The building faces east and is a three story cream colored Kansas limestone structure. The building is located on spacious landscaped grounds of the Courthouse Square in the center of McPherson. The building has a raised basement. The east front has a high square tower rising six stories with clock and steep roof at the top. At the bottom of the tower is an arched entrance. Small wings project on the north and south sides. In the interior, the courtroom is located on the west side of the second story. The building houses the County District Court of the 9th Judicial District. The building was renovated in 1980. The architect was E Tom Pyle Jr. & Associates and the contractor was Bob Albers Construction.

Note:  Originally the clock tower had clock faces on the four sides but no clock. Around 1908 a popular subscription raised around $1,200 to purchase a clock. Built in 1893-1894 when hard times had brought building materials and skilled labor to the lowest price level in many years, the County Courthouse exhibits a quality of workmanship and construction which could not be duplicated today.

Note:  The limestone was quarried near Strong City in Chase County. James Jack received the construction contract for $32,594. Frank Dillon was awarded the excavation and stone hauling contract and A G Linn of Freemount was appointed to supervise all stone and brick work..

Description:  The building faces west and is a three story red colored brick and stone Eclectic and Victorian style structure. The rectangular shaped building is located in the center of McPherson. The first story has commercial stores. The second and third stories have arched windows trimmed with stone. A stone parapet rises above the roof line. On the south side are double doors at the first story flanked by granite columns within the archway. The roof line is flat The building was constructed as an opera house at a cost of $40,000. The building served as the second courthouse from 1889 to 1894.

History:  The first courthouse in 1870 was a frame structure in Sveadahl, now in the Old Mill Museum in Lindsborg, The county seat was moved to Lindsborg and then moved to McPherson 1873. The county rented premises and in 1889 rented the Opera House as the second courthouse. The third and present courthouse was constructed in McPherson in 1893. 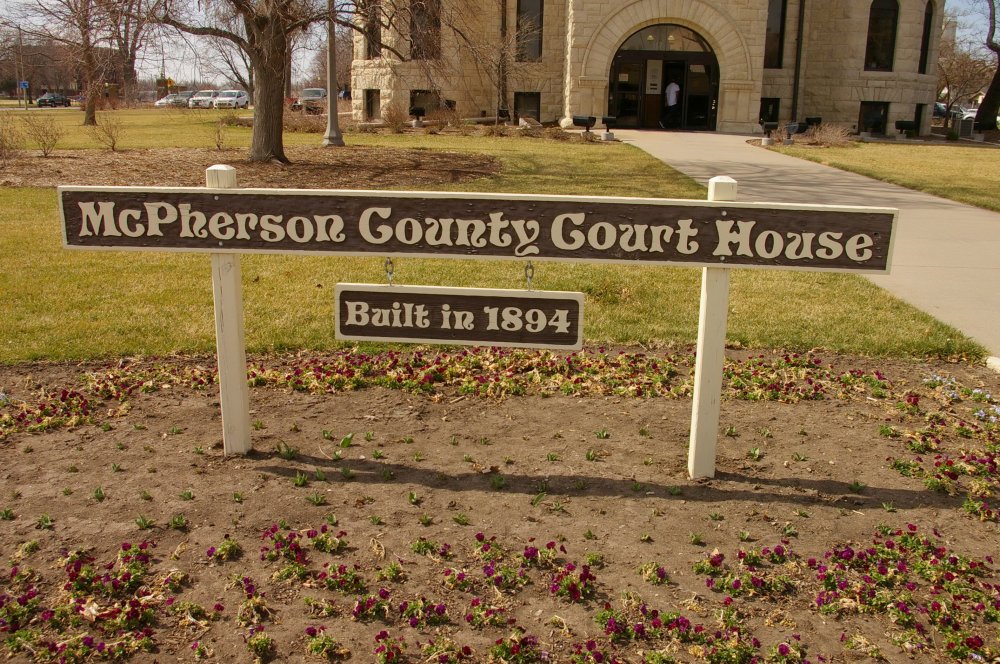 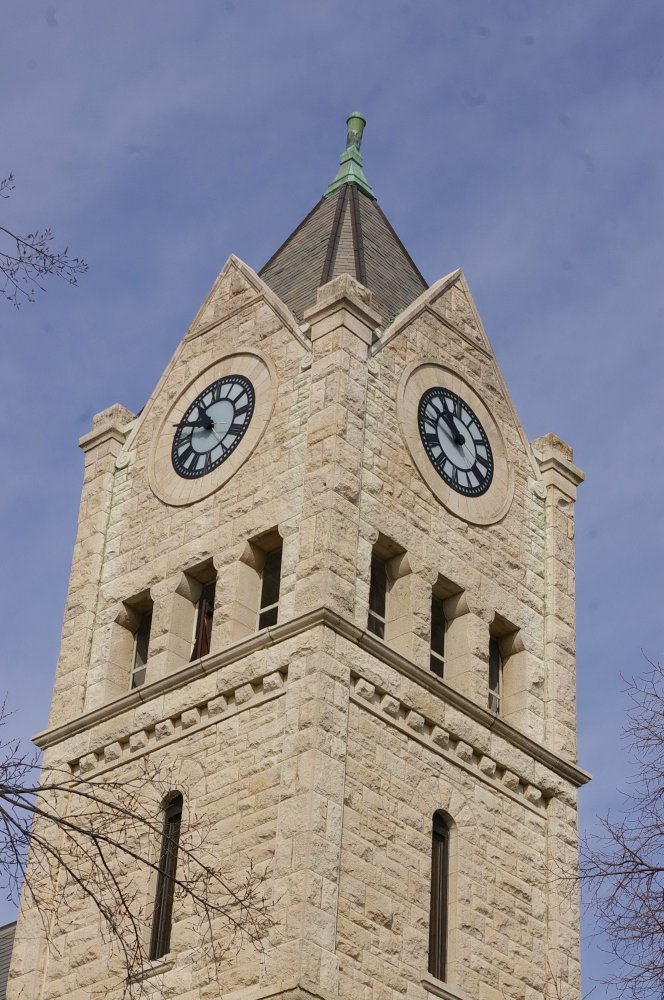 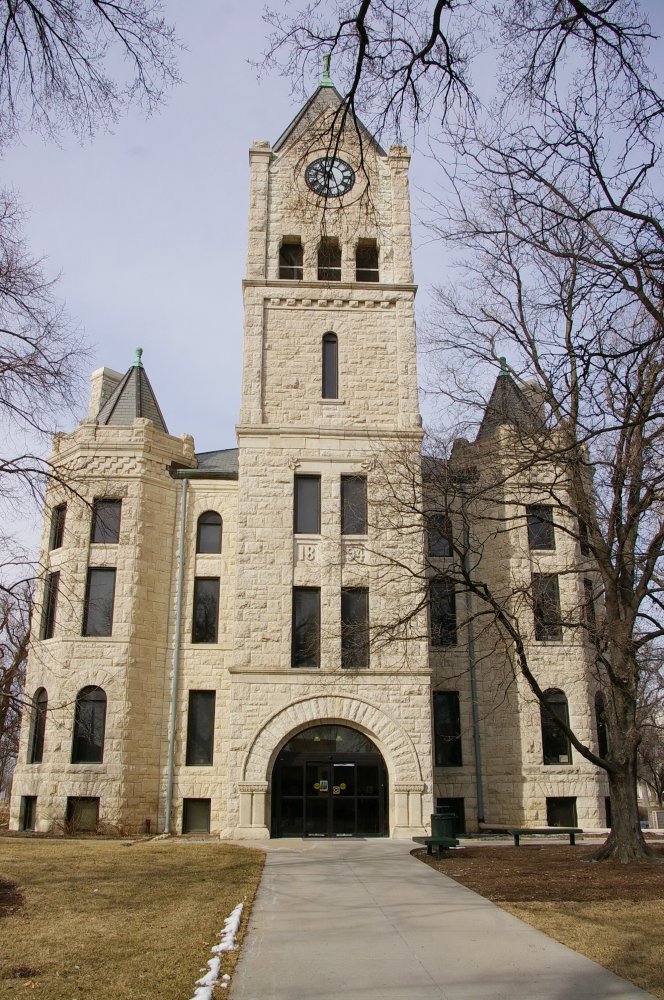 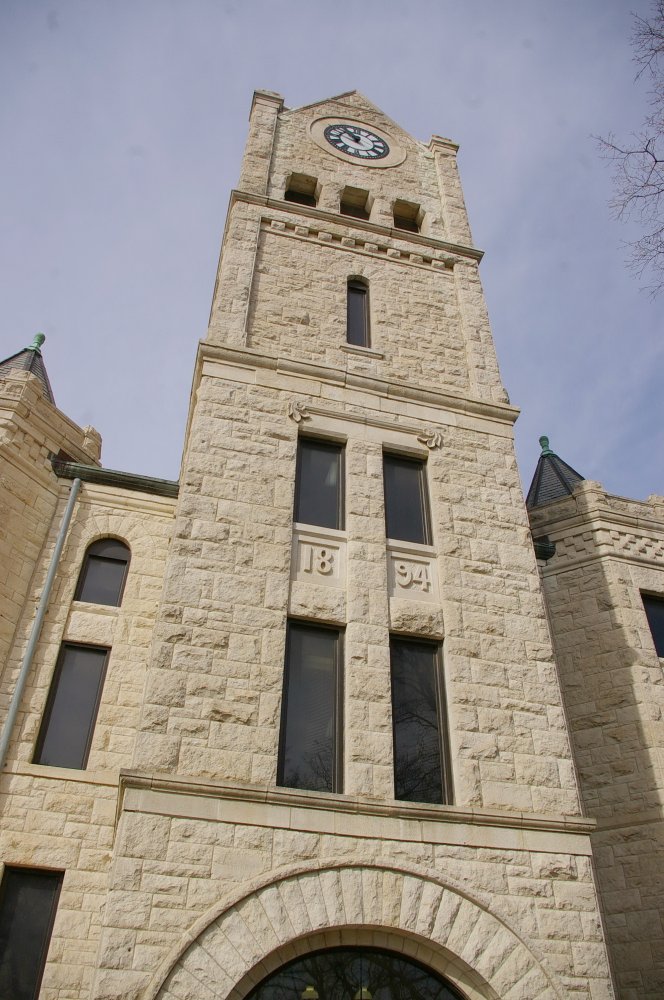 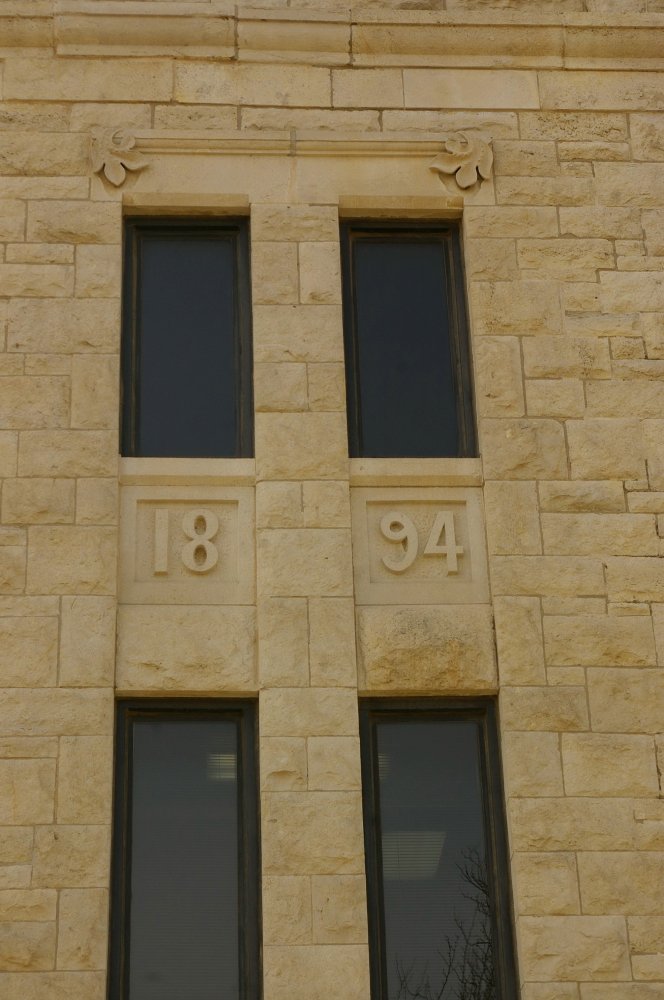 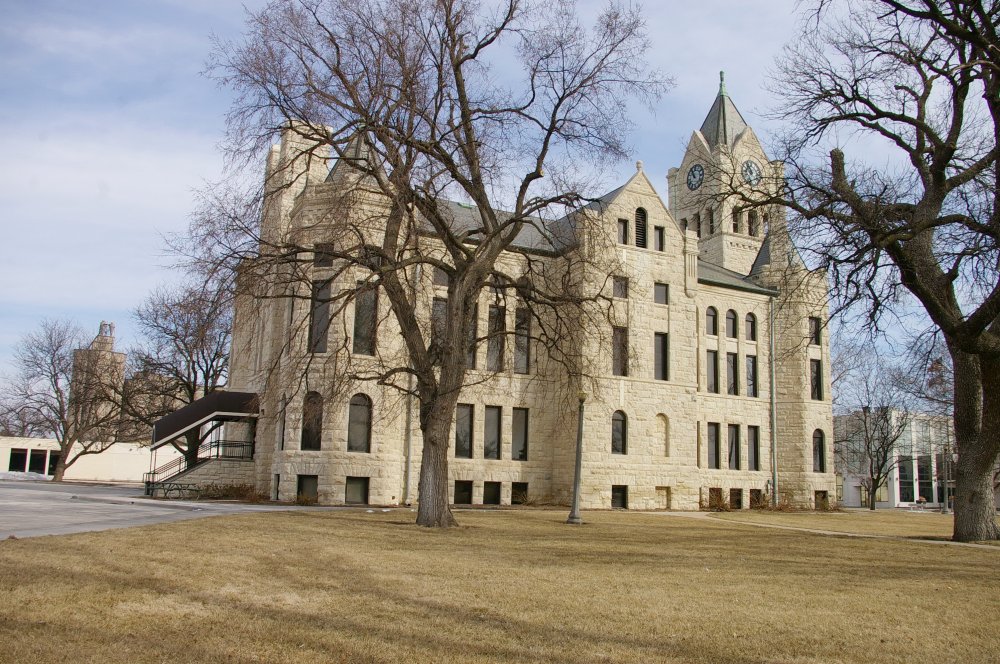 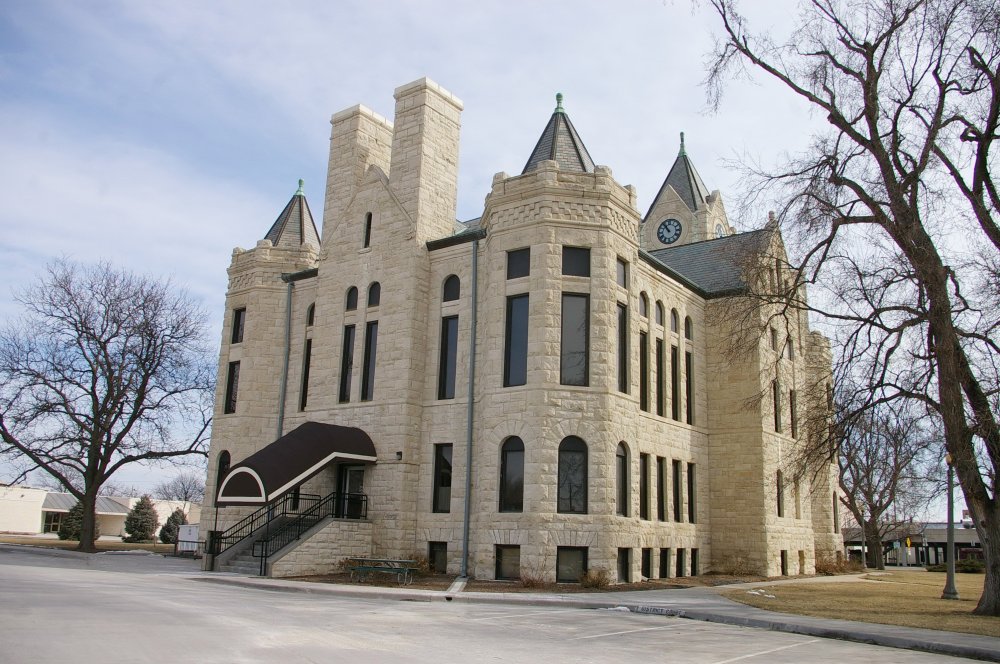 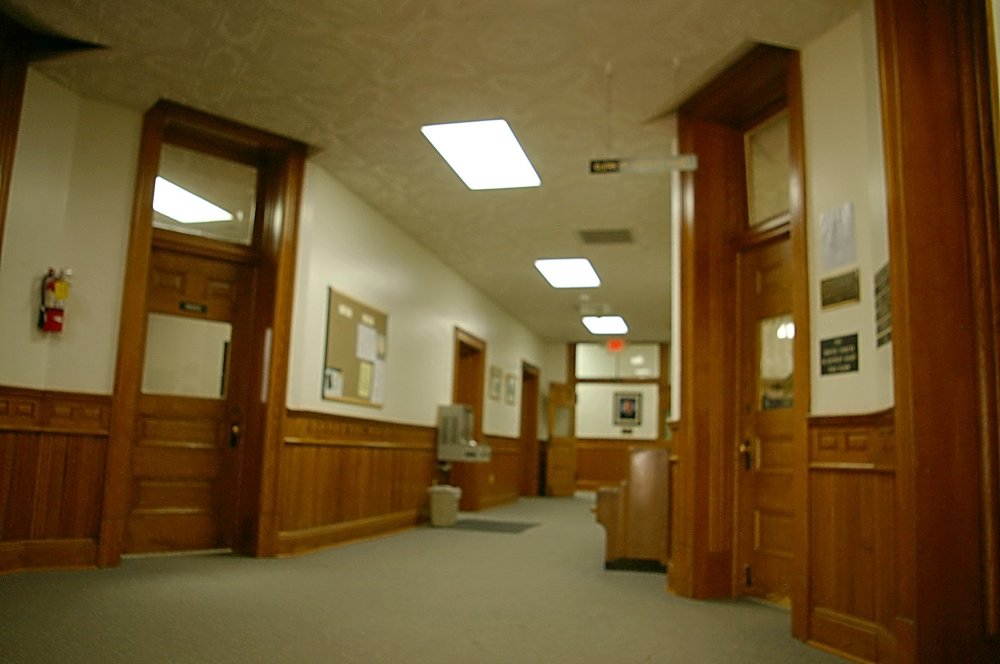 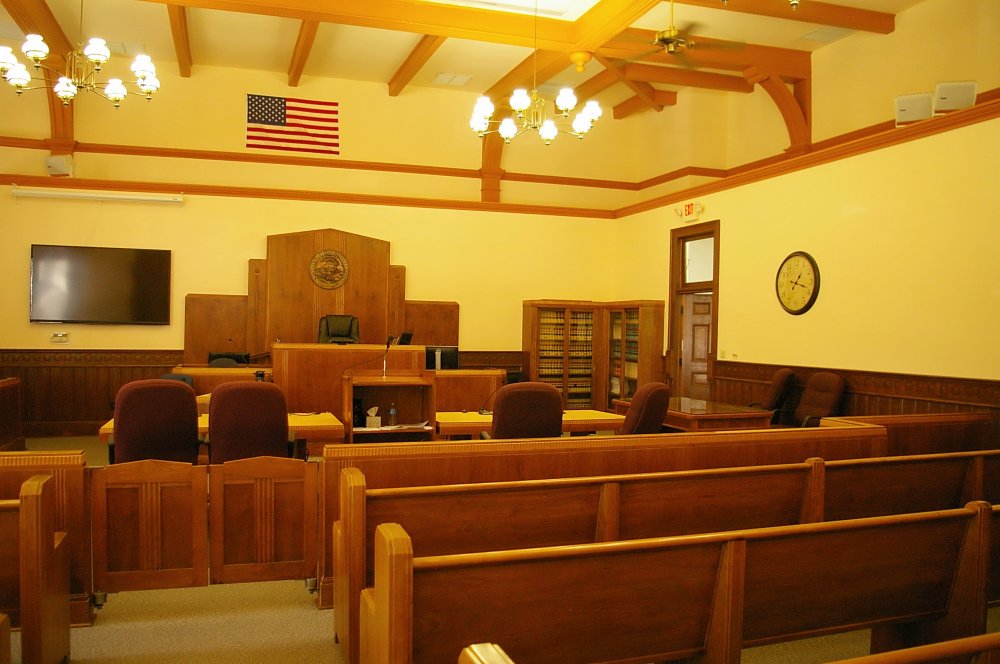 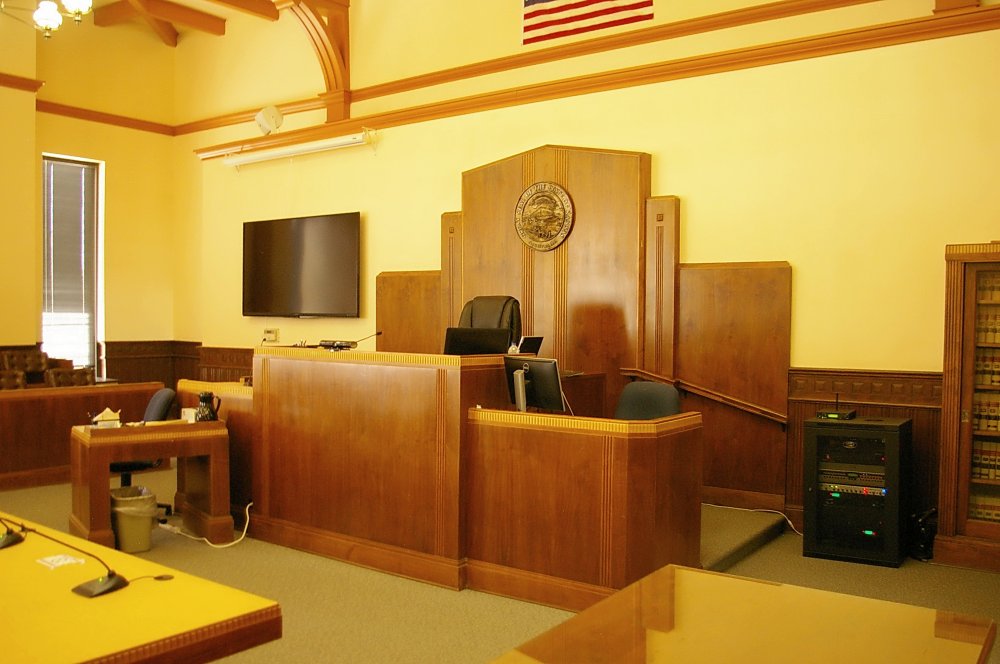 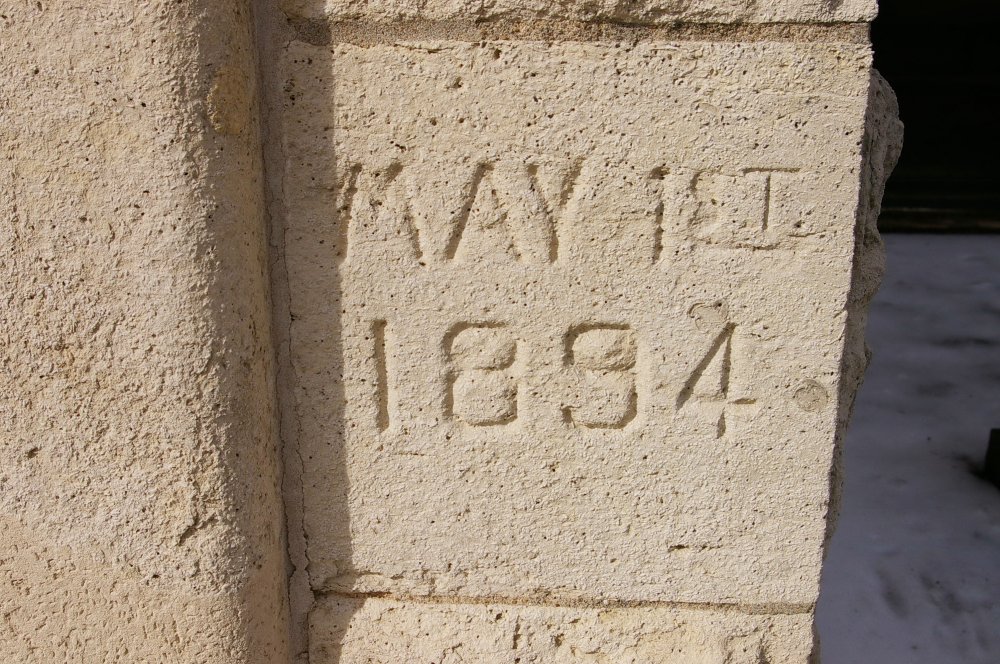 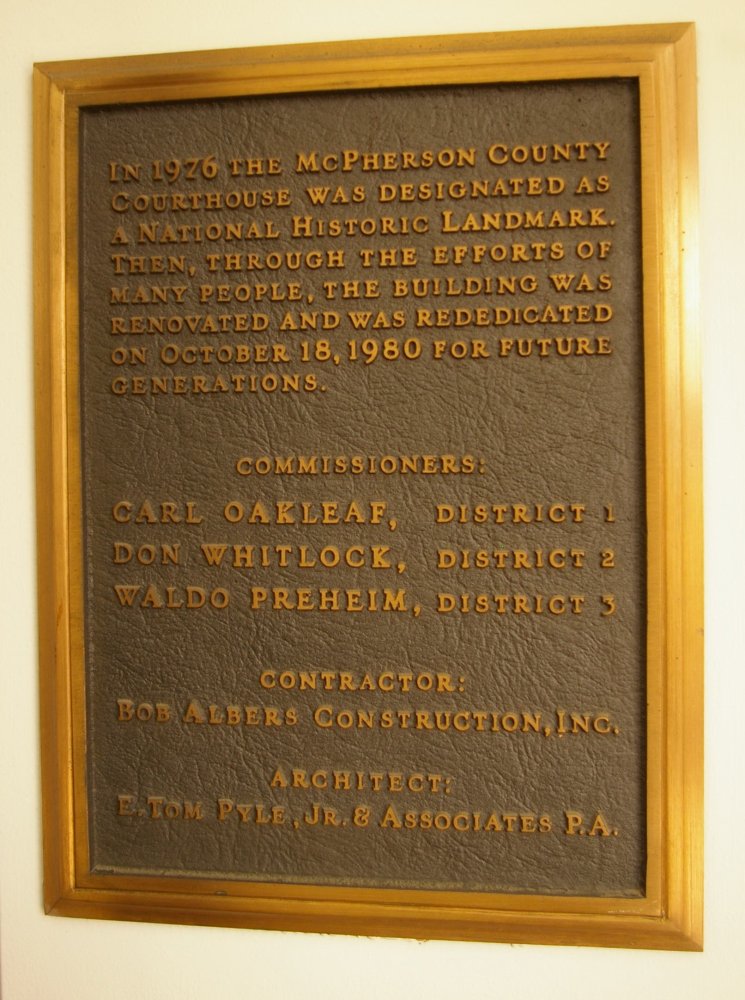 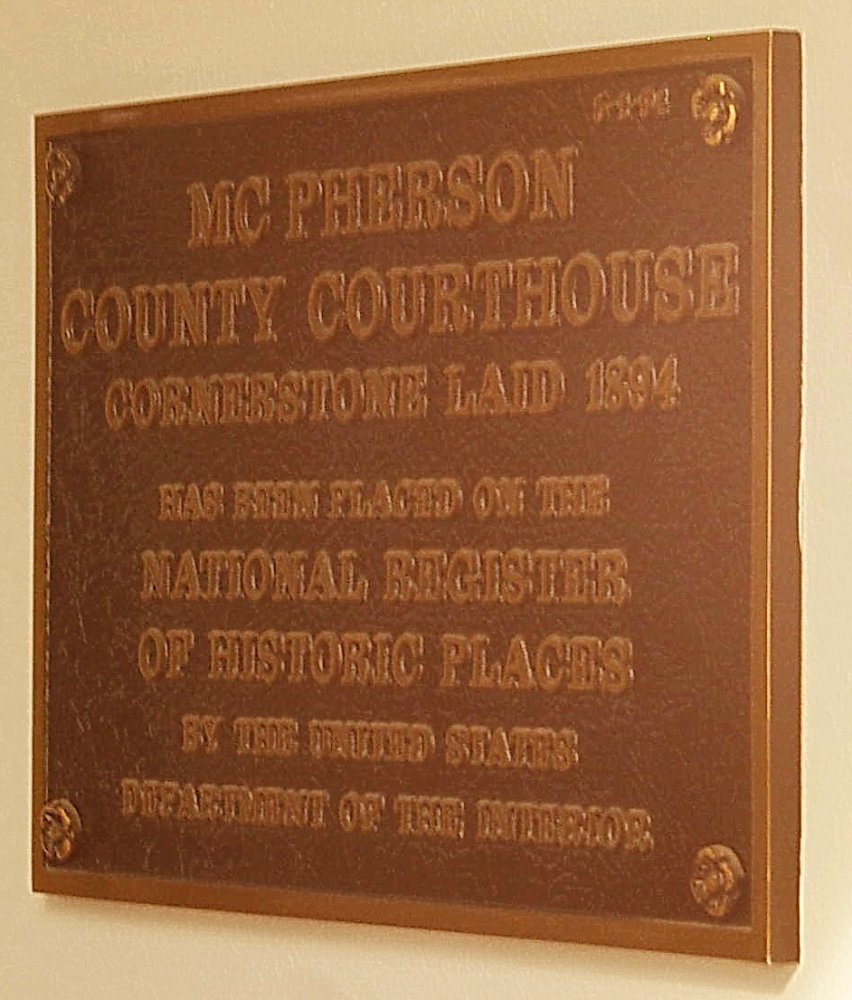 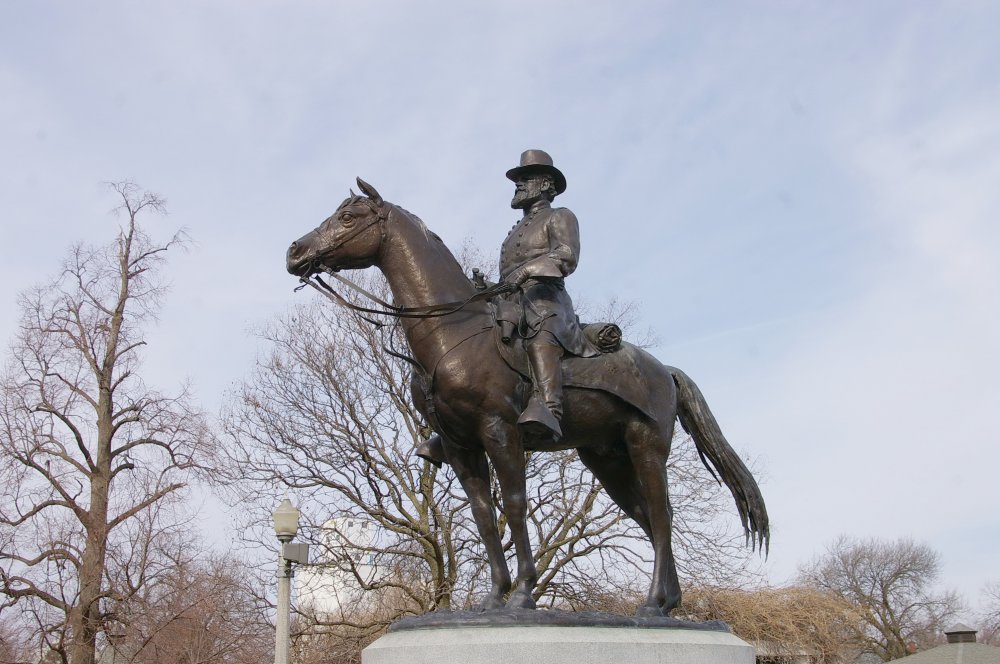