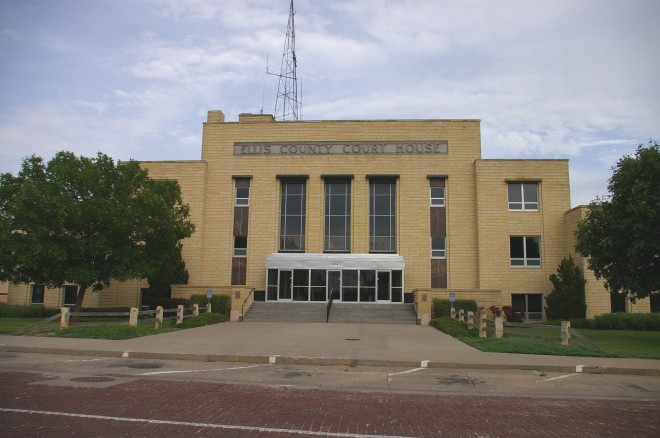 Ellis County is named for First Lieutenant George Ellis of company I, twelfth Kansas infantry, who was killed on April 30, 1864 at Jenkins Ferry, Arkansas.

Architect:  Mann and Company of Hutchinson

Description:  The building faces west and is a three story yellow colored brick and concrete structure. The building is located on landscaped grounds in the center of Hays. The building has a raised basement and the recessed center section rises above the north and south sections. On the north and south sides the building is tired. Three long vertical windows are above the entrance canopy on the west side with long narrow windows on either side. The roof line is flat. In the interior, a staircase on the west side ascends to the third story. The large County District Court courtroom is located on the east side of the third story and has a high ceiling. There are two small courtrooms on the second story. The building houses the County District Court of the 23rd Judicial District. The building was a Work Projects Administration project. On the east side is the two story Law Enforcement center. The building and the Law Enforcement Center were renovated in 2014. The architect was Treanor Architects of Kansas City and the contractor was MW Builders of Kansas City.

See:  The other courthouses in Kansas which were constructed with federal government funding under WPA and PWA are located in Jewell County and Kearny County. 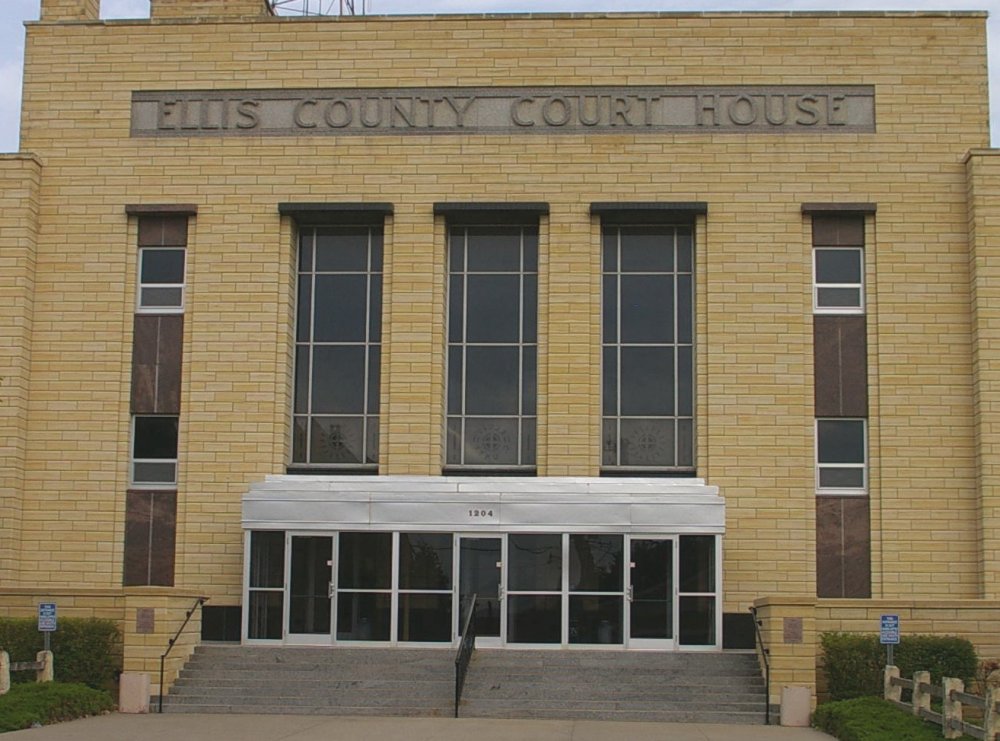 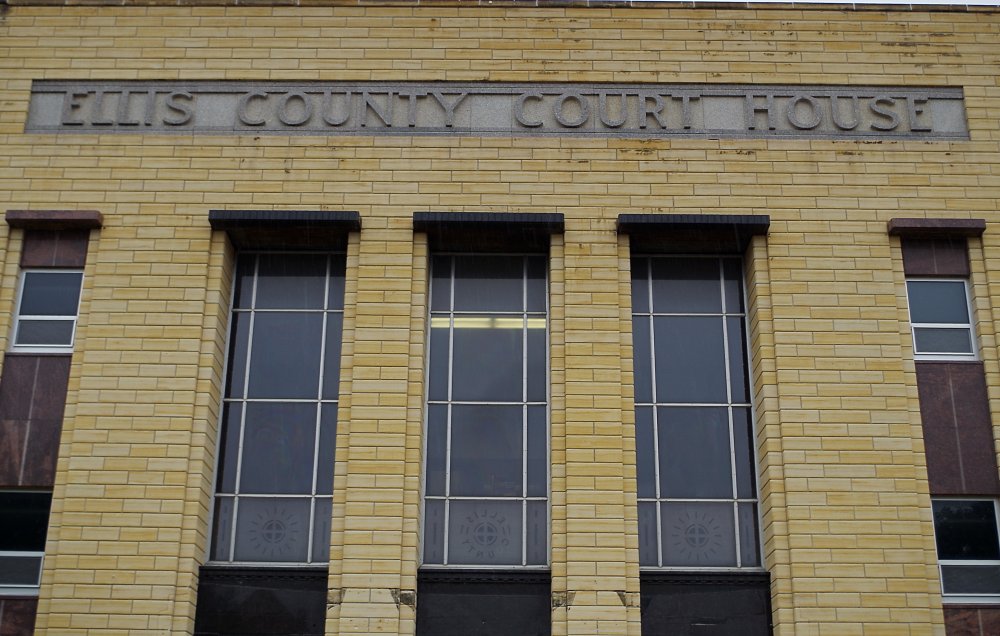 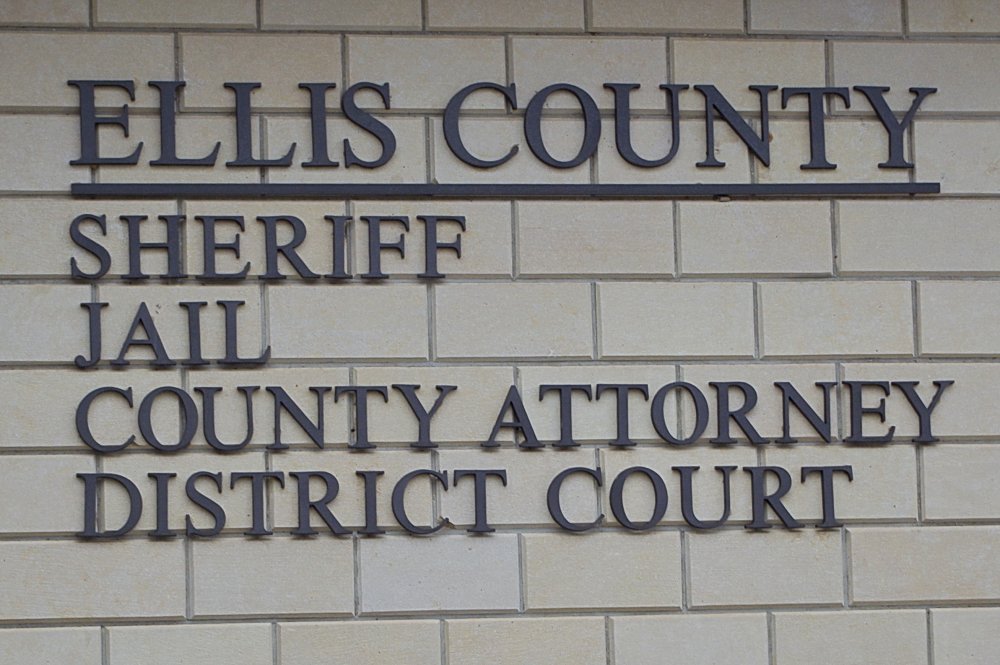 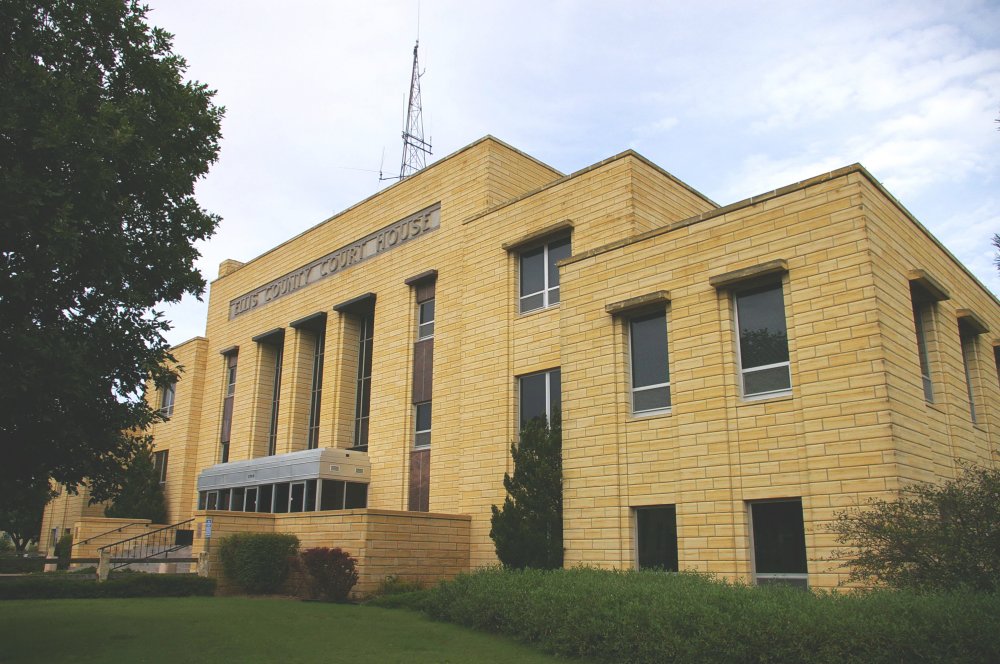 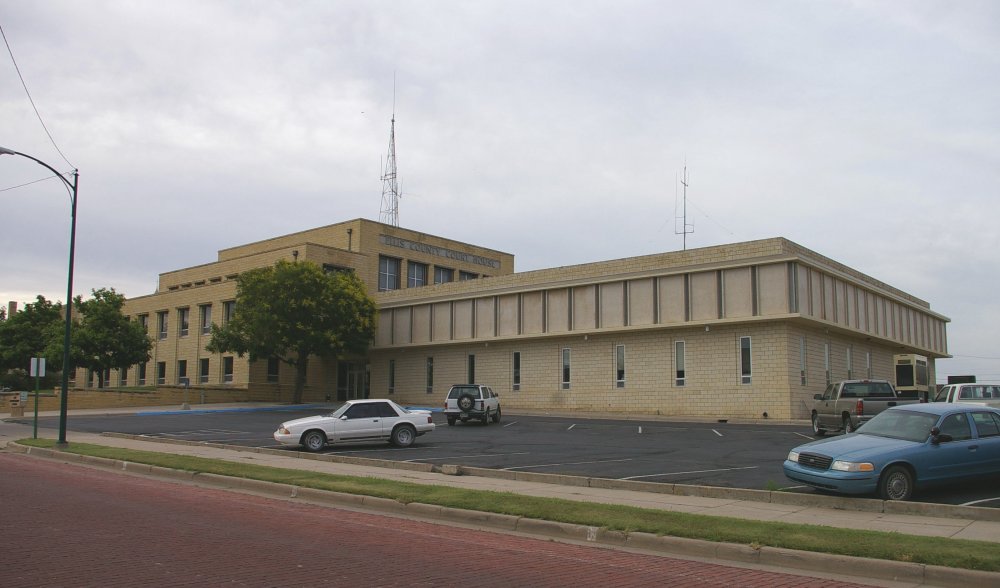 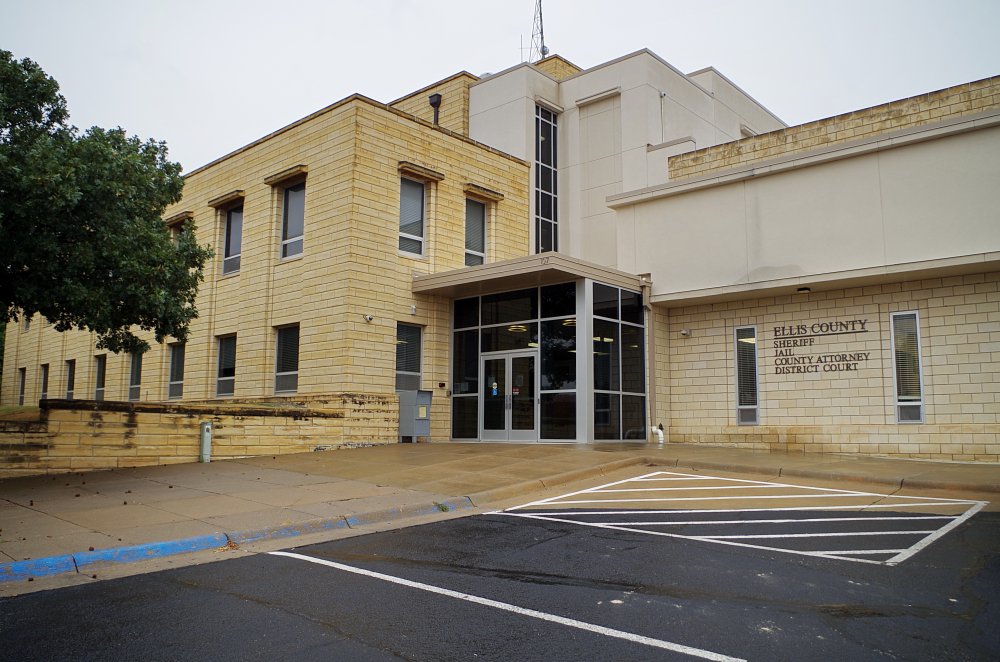 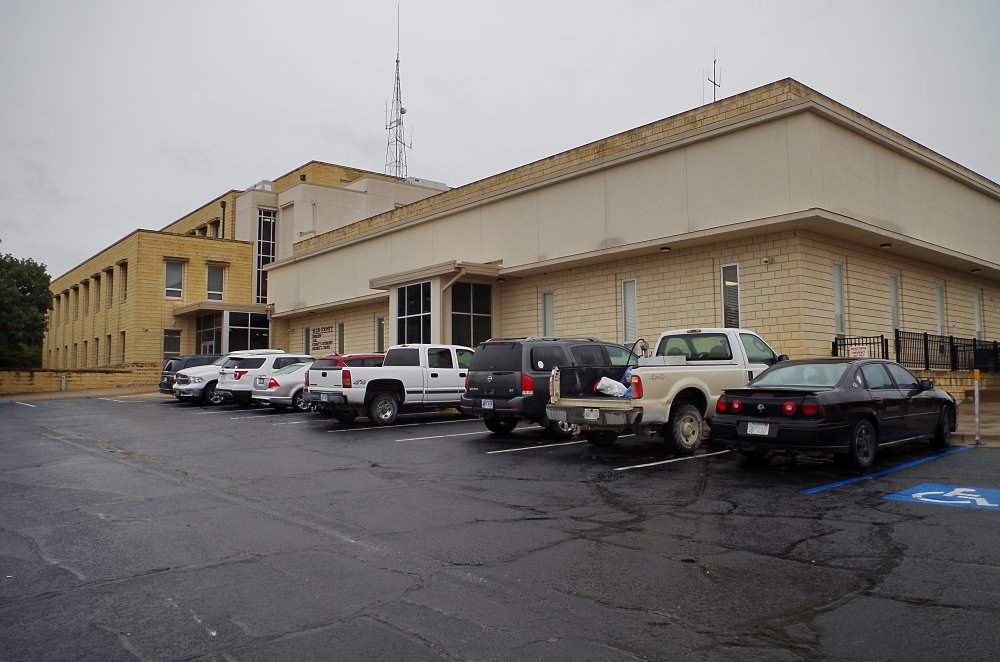 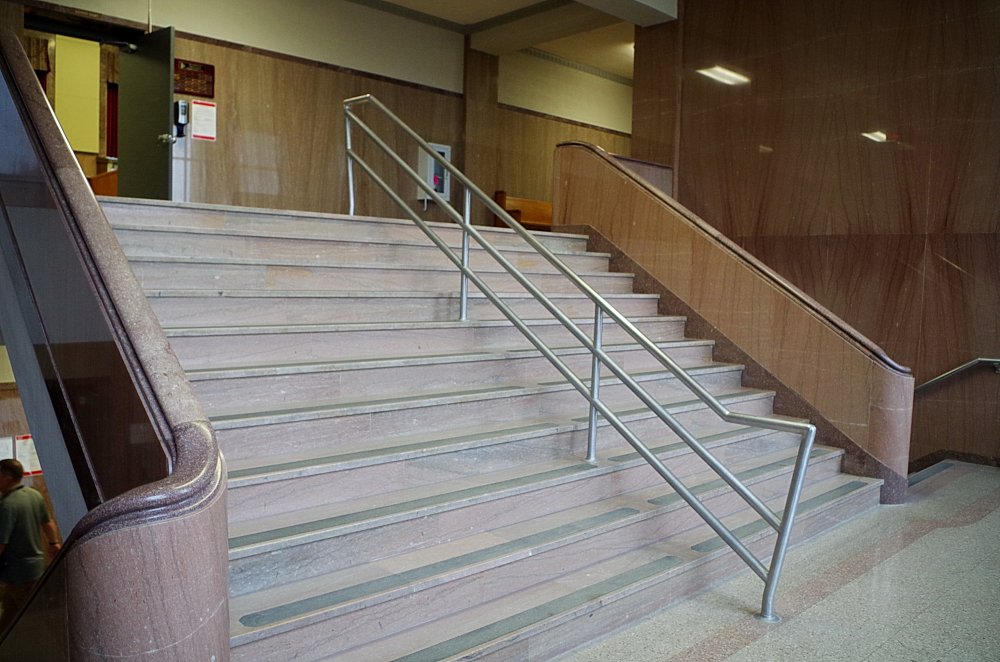 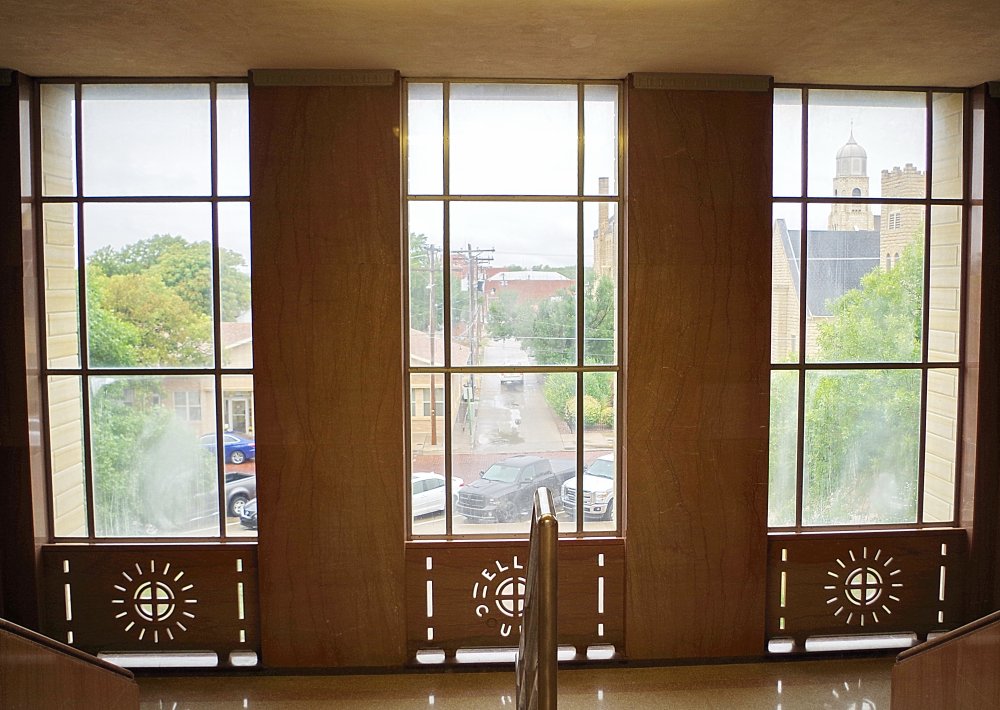 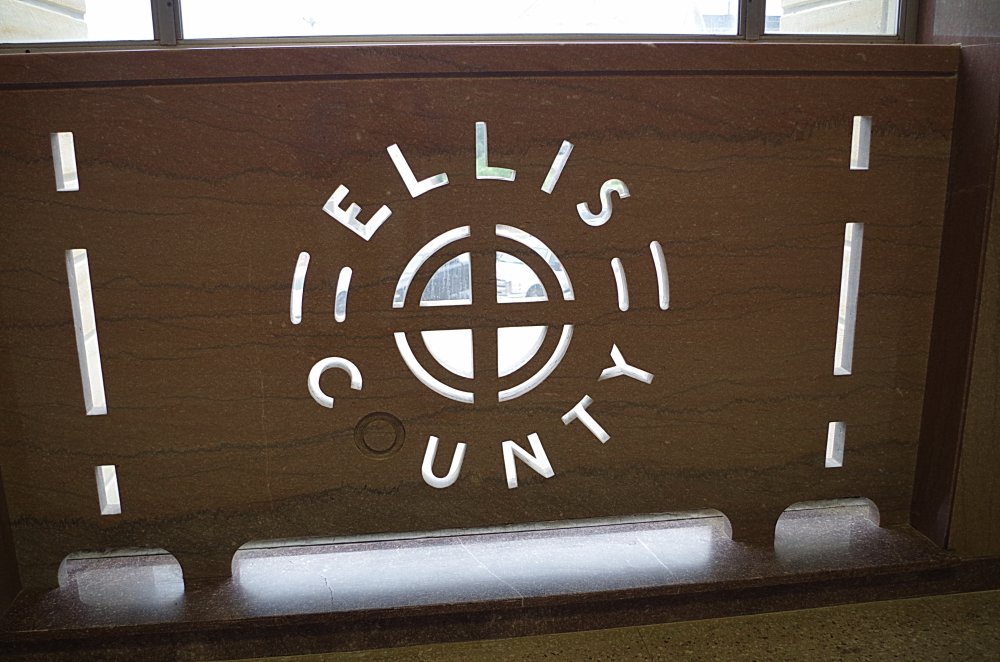 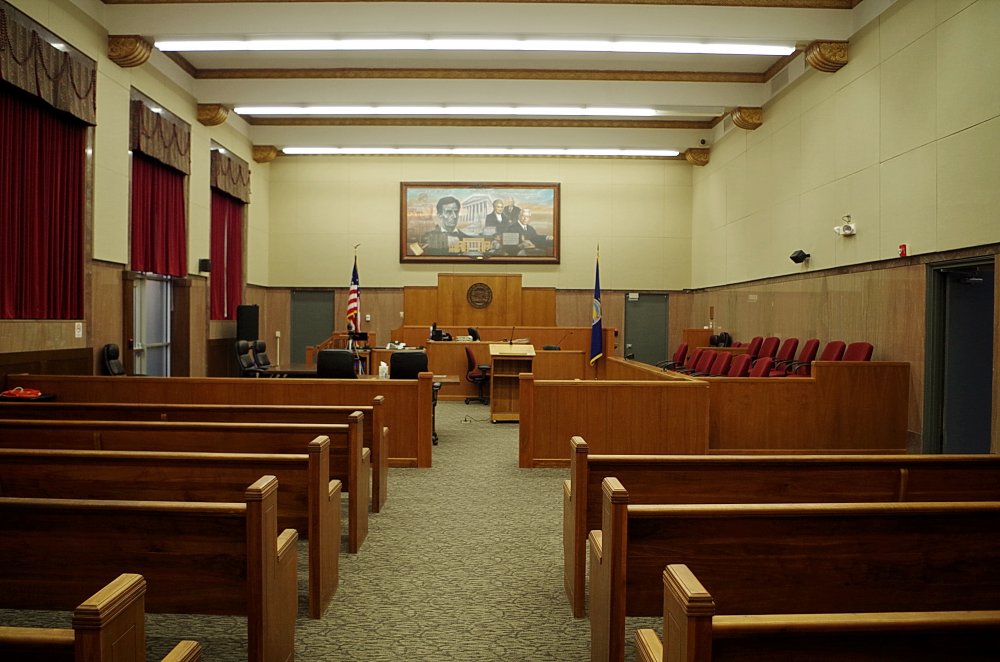 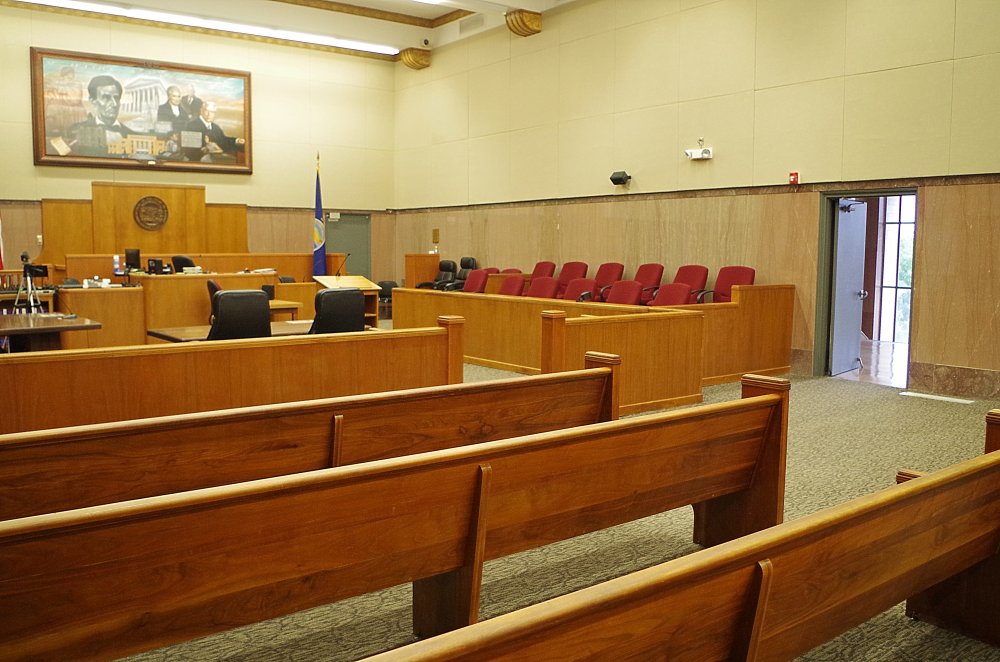 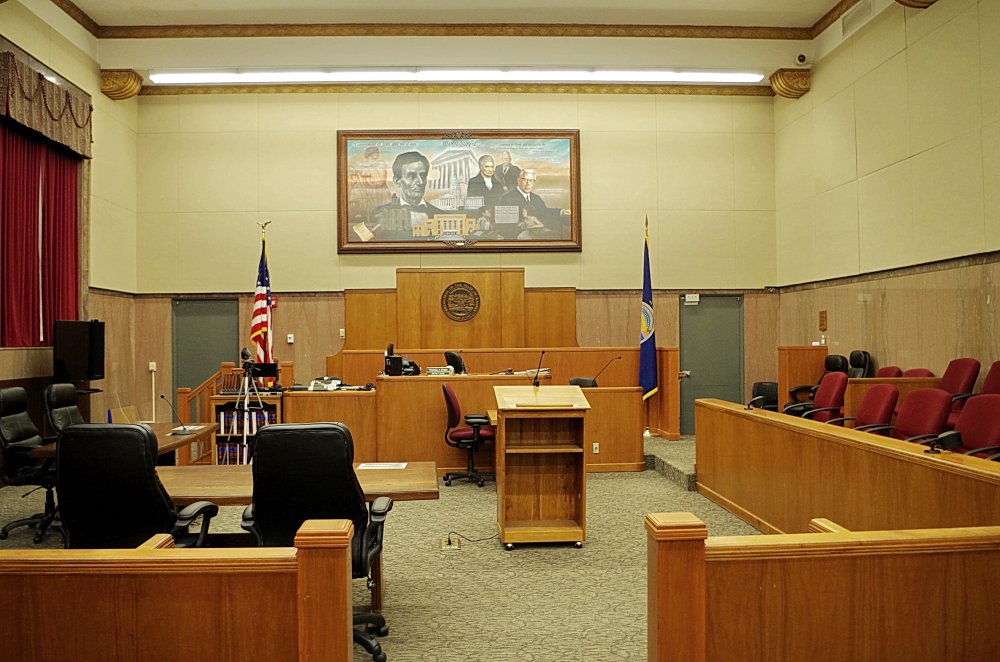 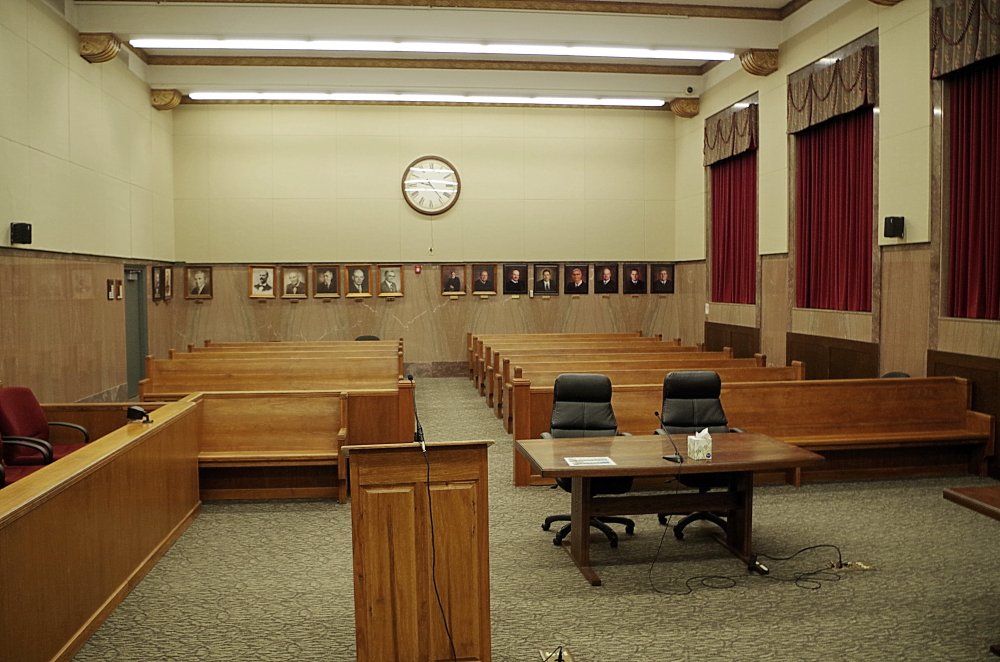 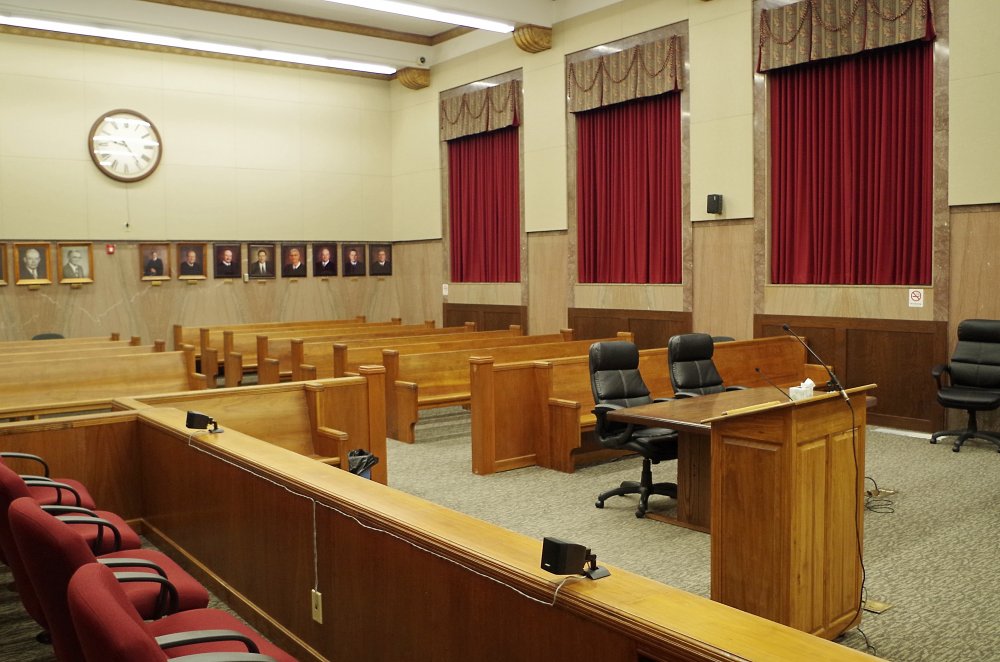 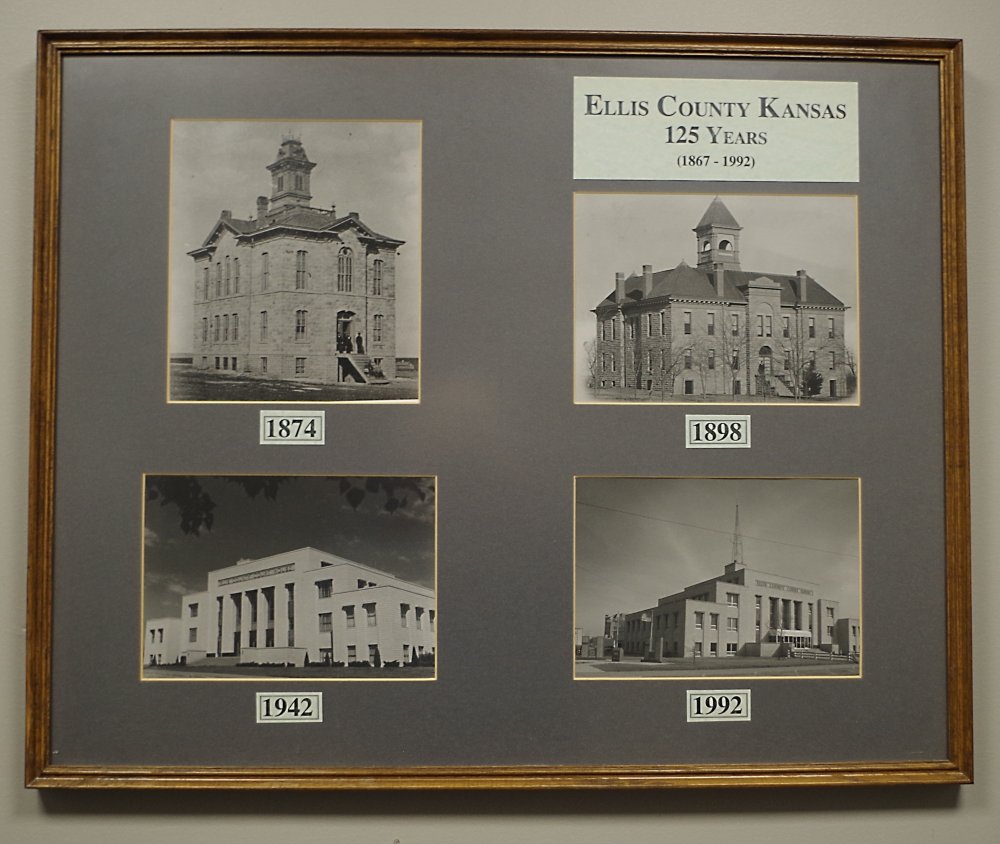 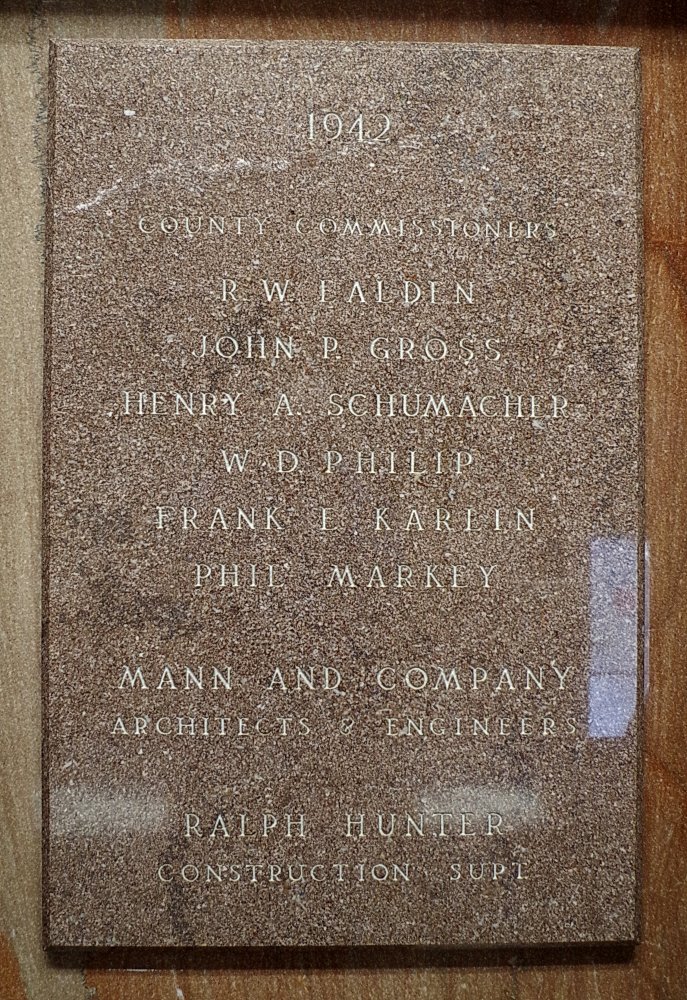 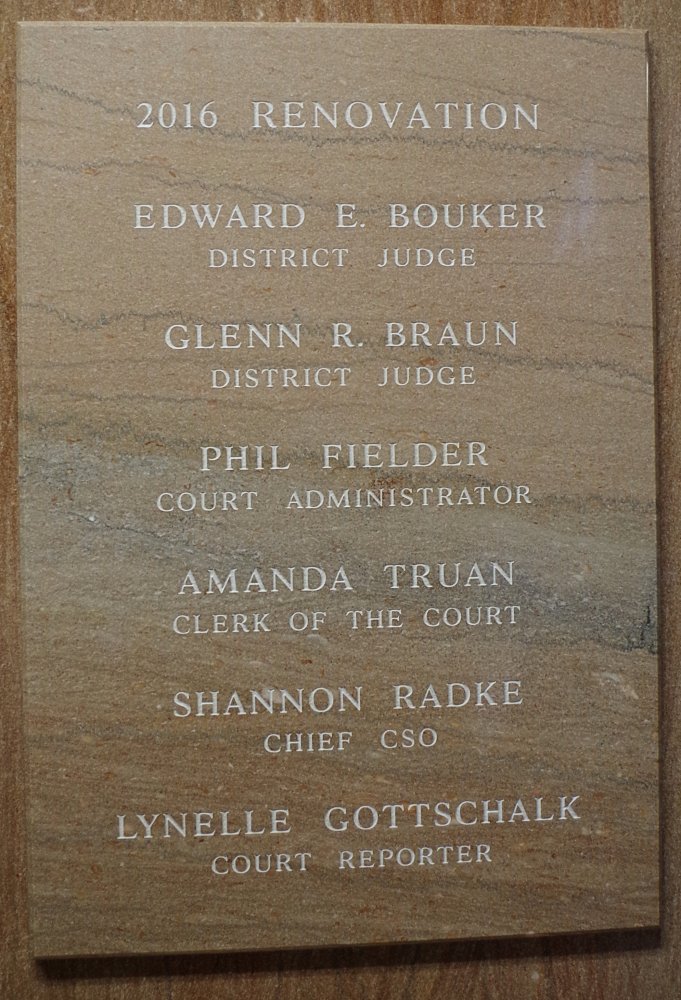 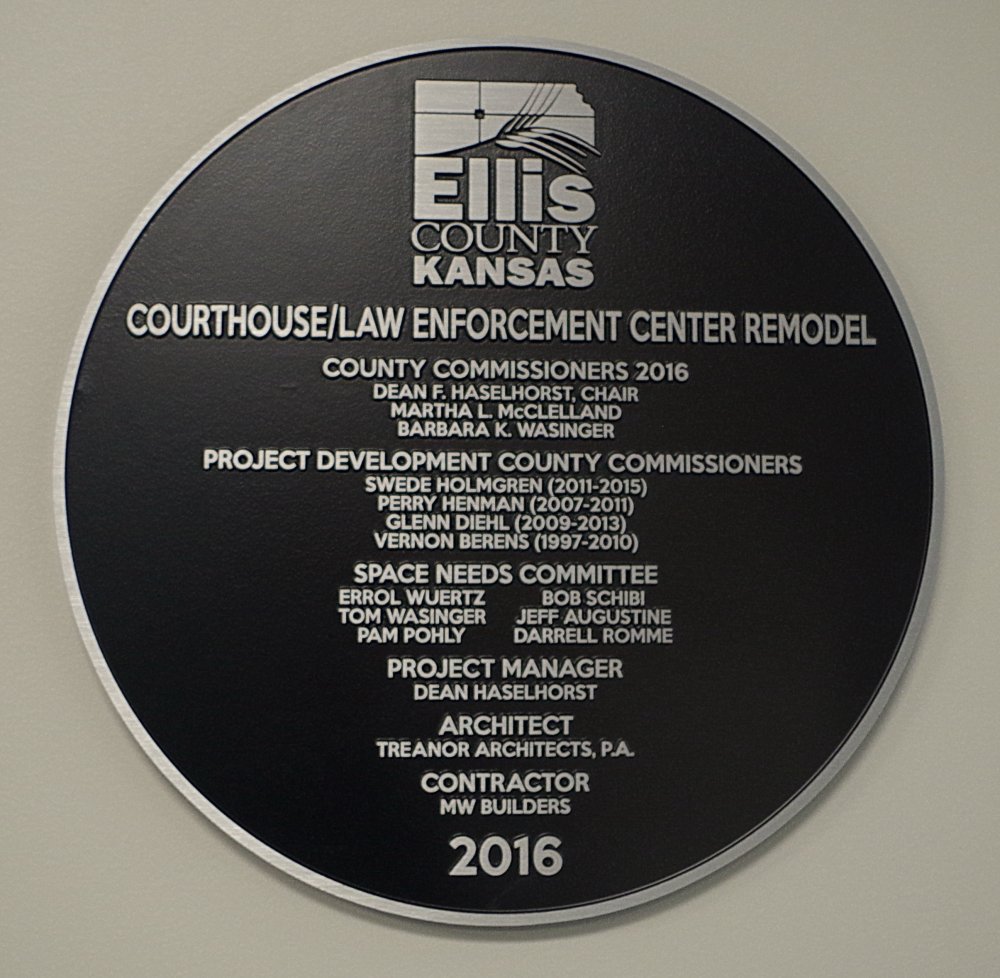