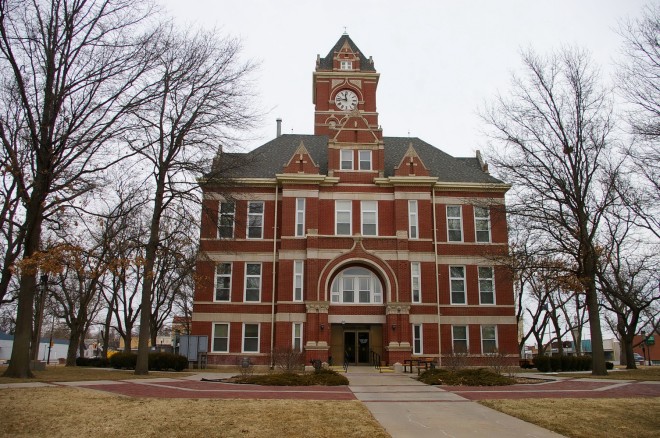 Rice County is named for Samuel Allen Rice, who was a Brigadier-General in the United States volunteers and who was killed April 30, 1864 at Jekins Ferry in Arkansas.

Description: The building faces south and is a four story dark red colored brick and concrete structure. The building is located on landscaped grounds of the Courthouse Square in the center of Lyons. The north front has a large arch extending up to the second story. At the roof line is a large dormer. White colored horizontal stone bands run between the floor levels. On the center of the roof is a high square red colored brick tower with clock and steep roof. Dressed limestone highlights the foundation. In the interior, the first story has a cross hall plan with an entrance on each side of the building. On the west side is a grand staircase with an oak balustrade. There are plaster walls and ceilings. The County District Court courtroom is located at the northwest corner of the third story. The building houses the County District Court of the 20th Judicial District. The building was renovated in 1972 and 1982. 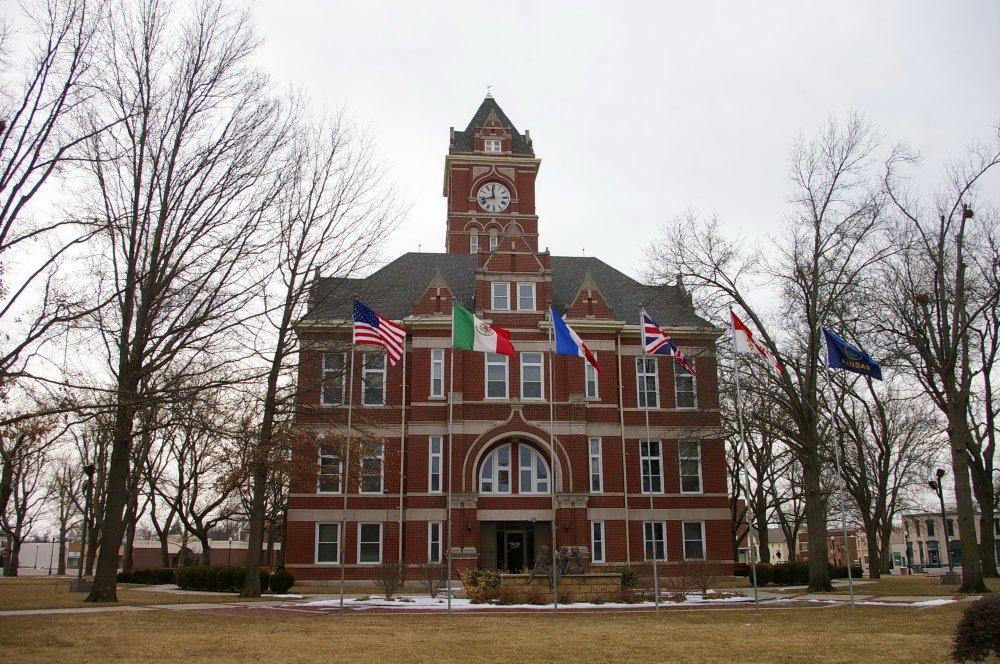 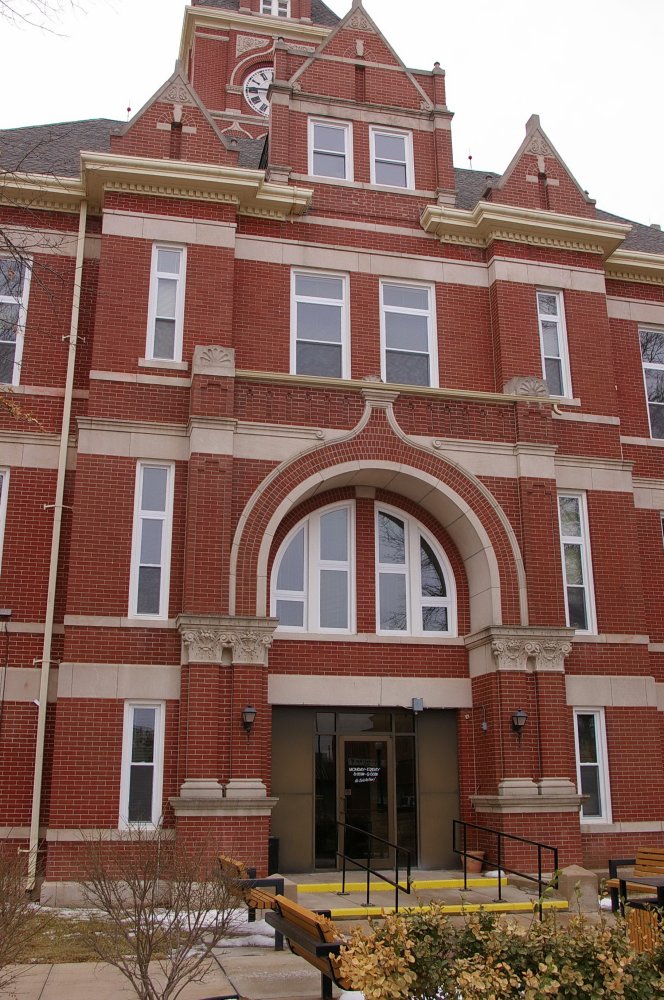 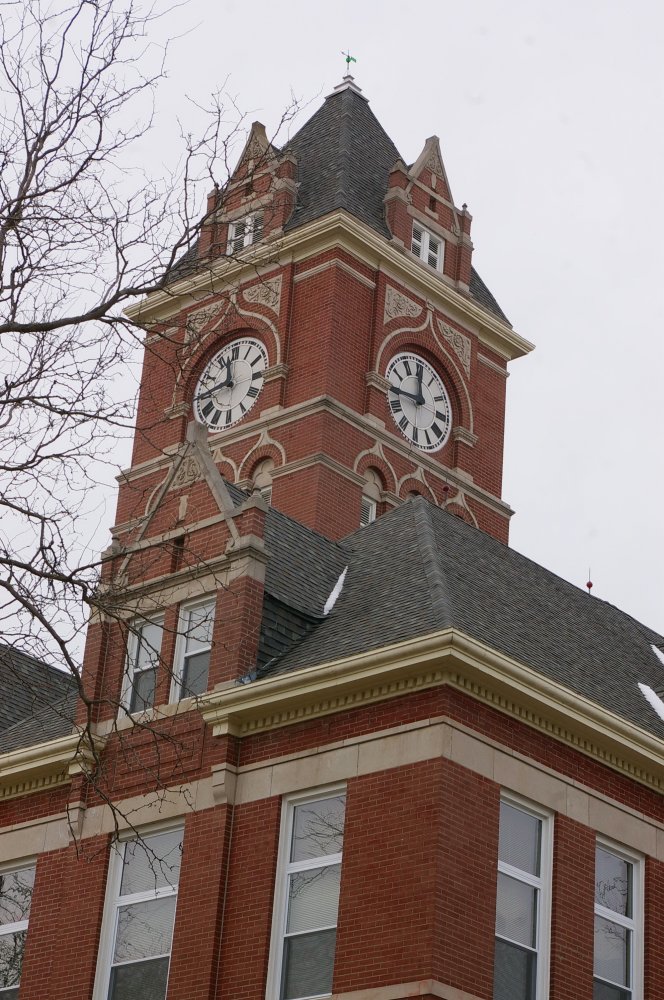 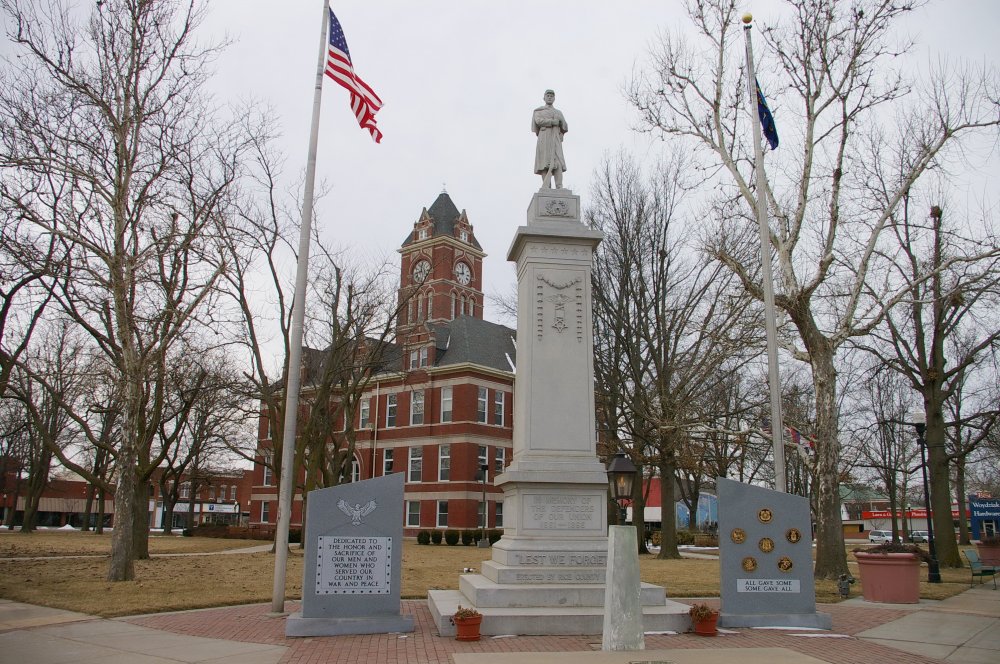 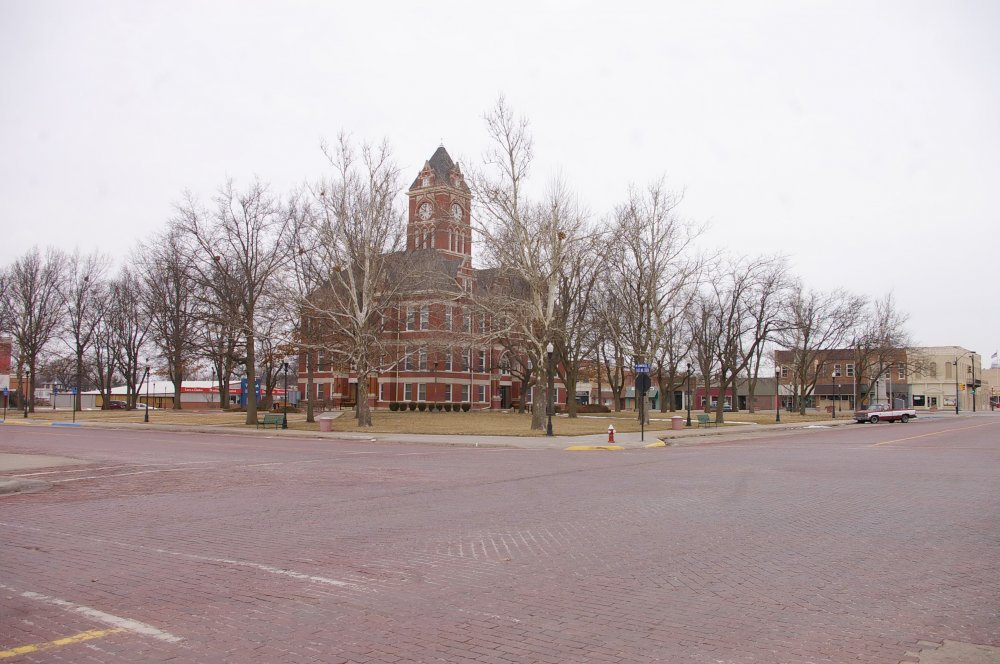 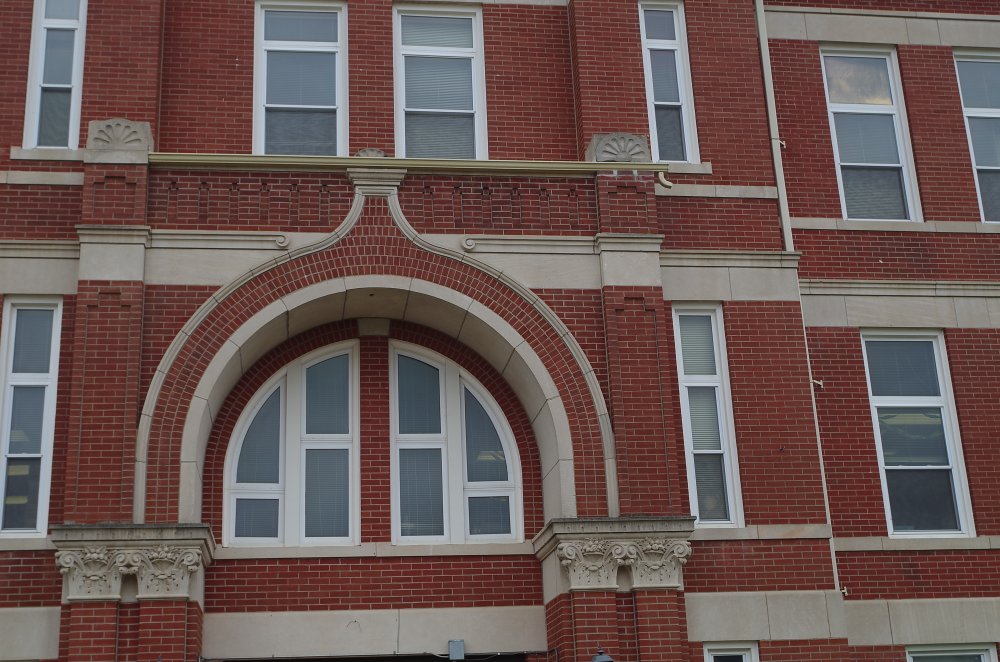 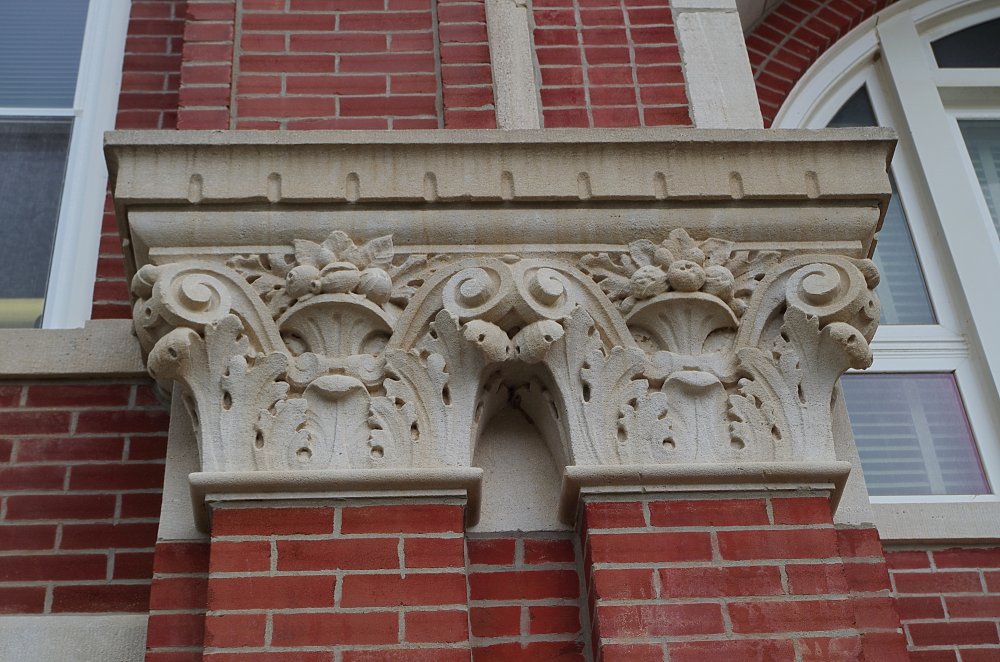 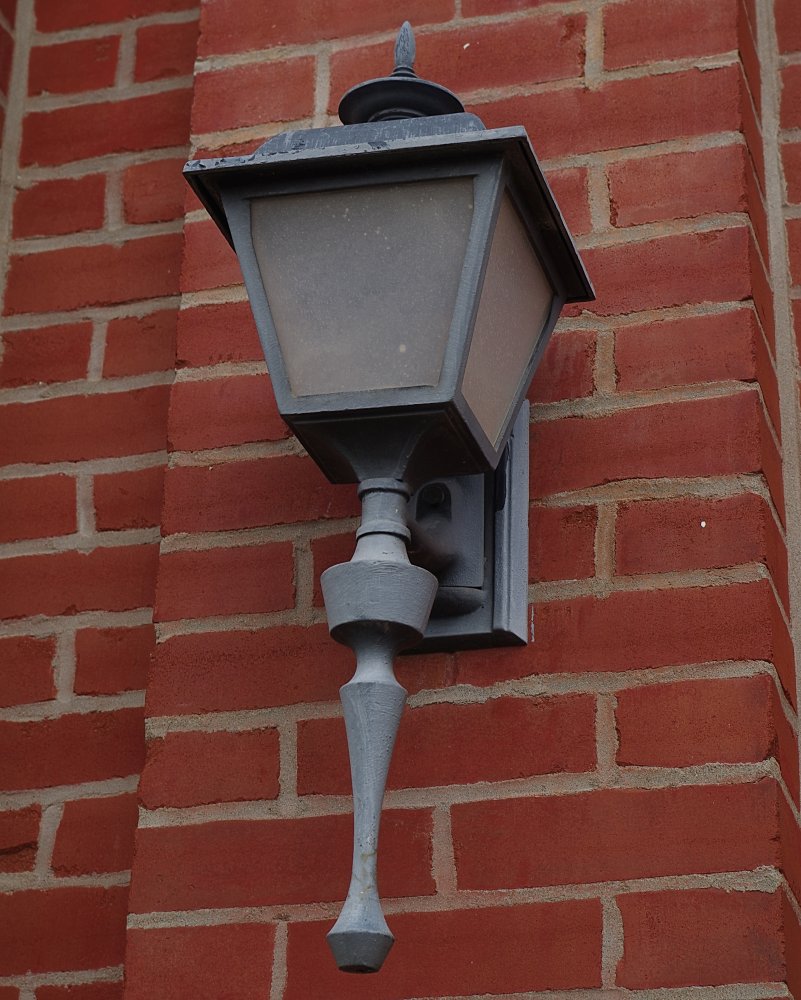 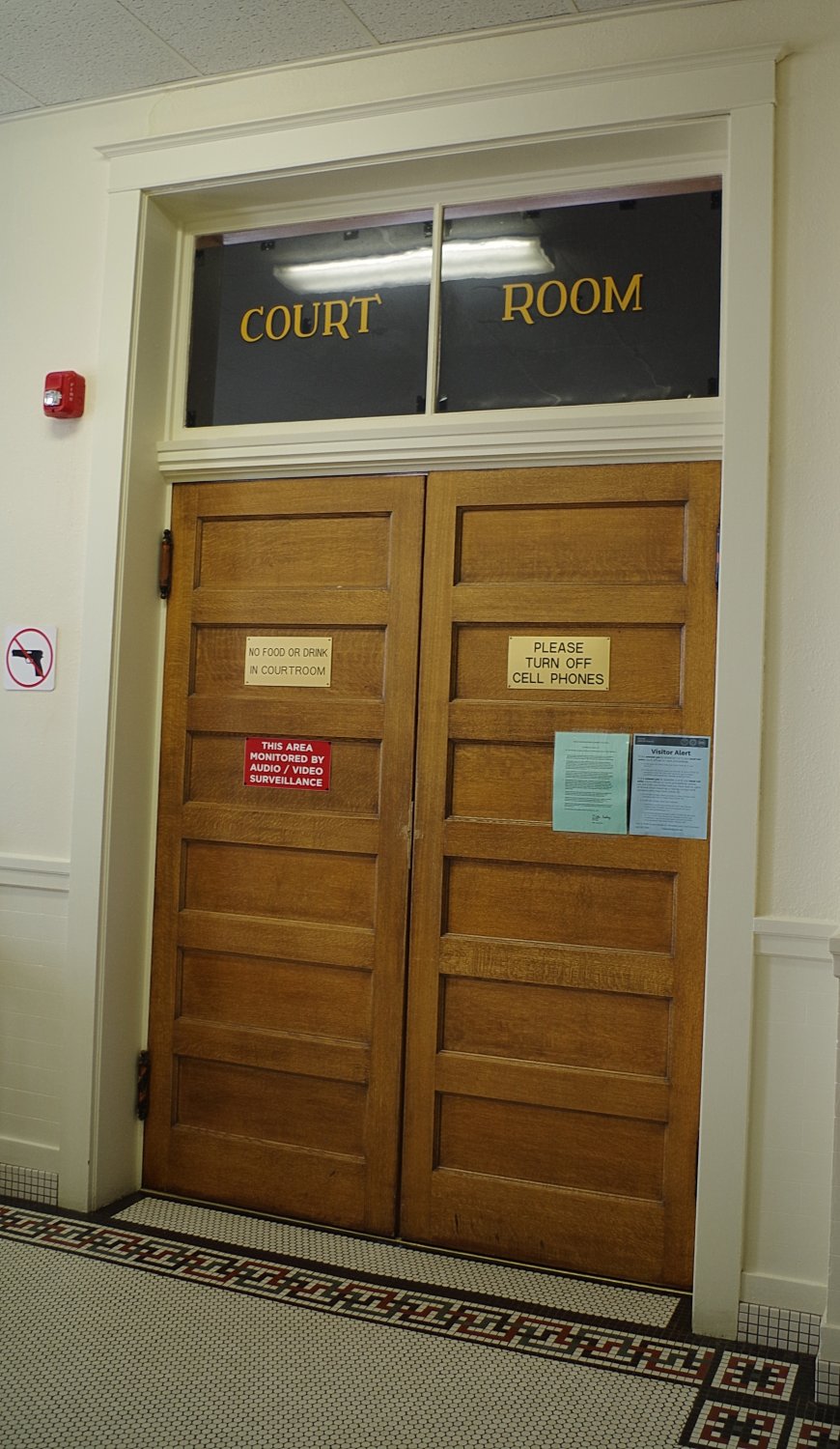