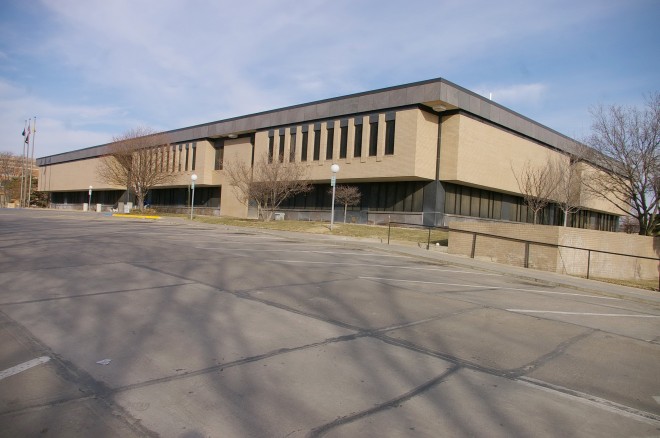 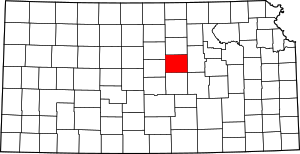 Description:  The building faces south and is a two story buff colored brick and concrete structure. The building is located on landscaped grounds in the center of Salina. Along the south front are three sections with a wide recessed dividers between the sections. The first story is recessed with dark glass walls. The second story has long vertical windows. A wide band runs along the flat roof line. The building descends down a slope on the north side. 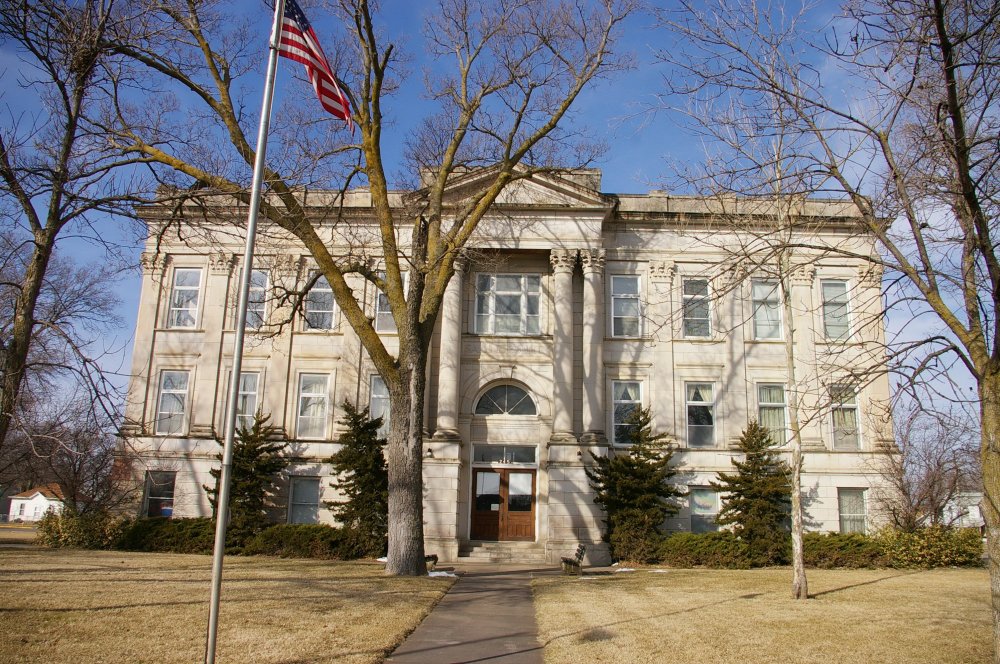 Description:  The building faces east and is a three story gray colored stone and concrete structure. The building is located on landscaped grounds in the center of Salina to the northwest of the courthouse. The east front has a high portico supported by four columns rising to a pediment at the roof line. The roof line is flat. The building servers as a seniors’ residence. 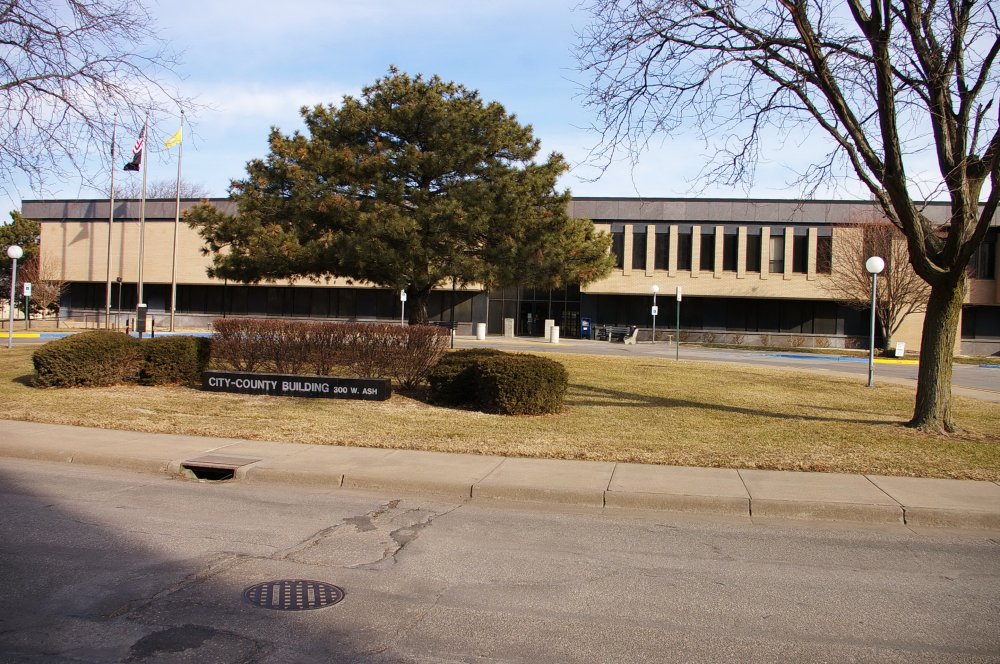 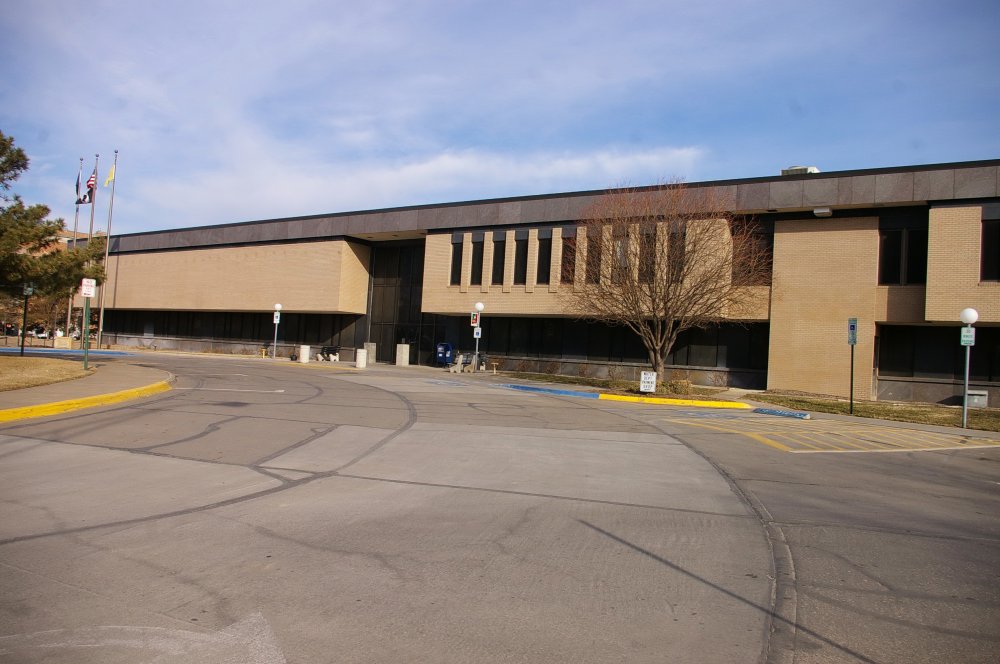 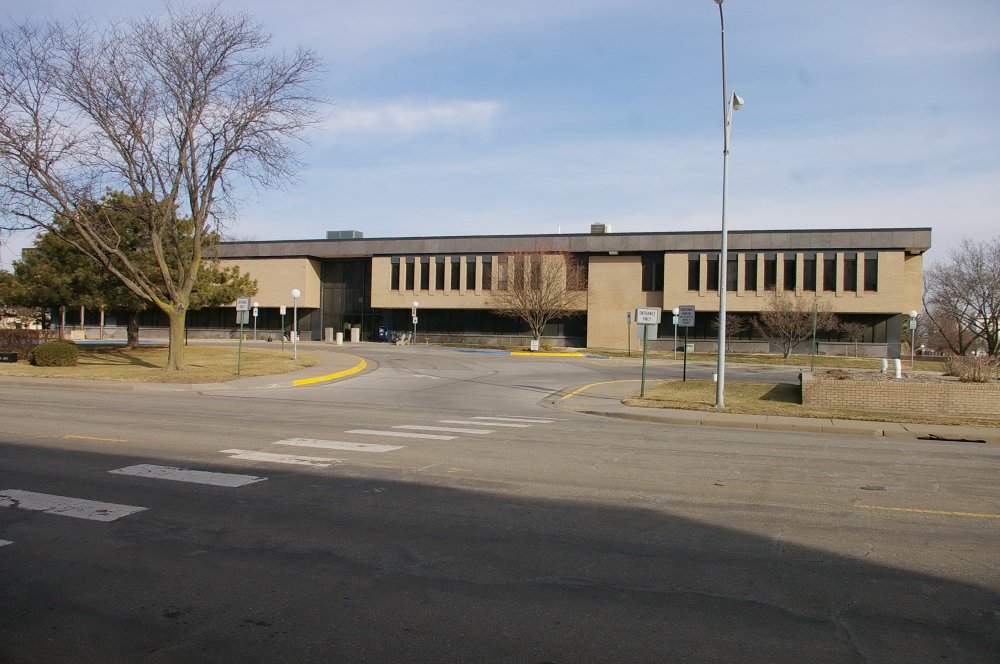 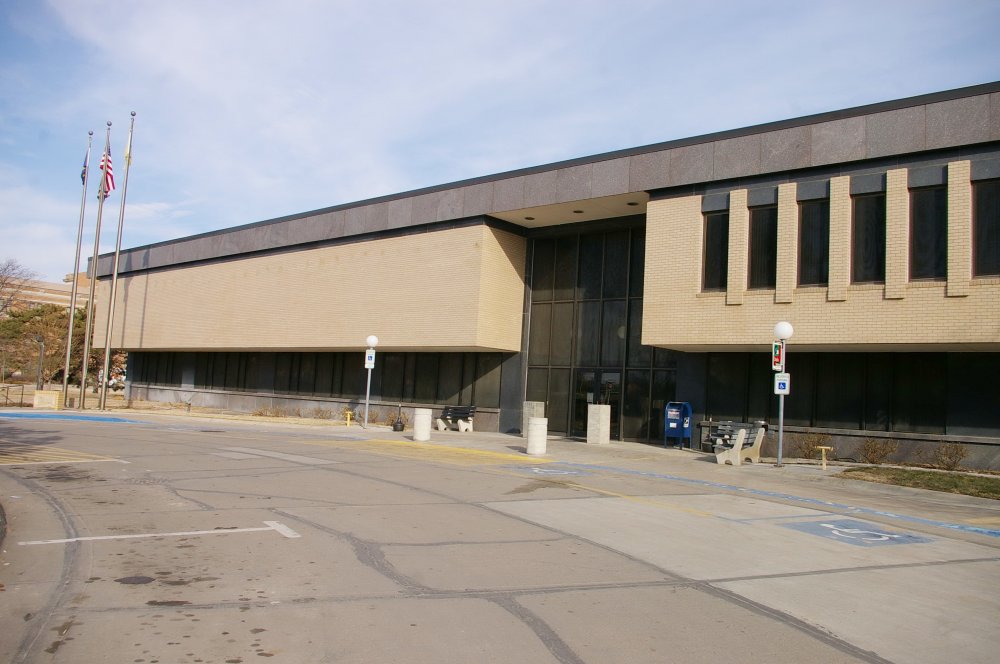 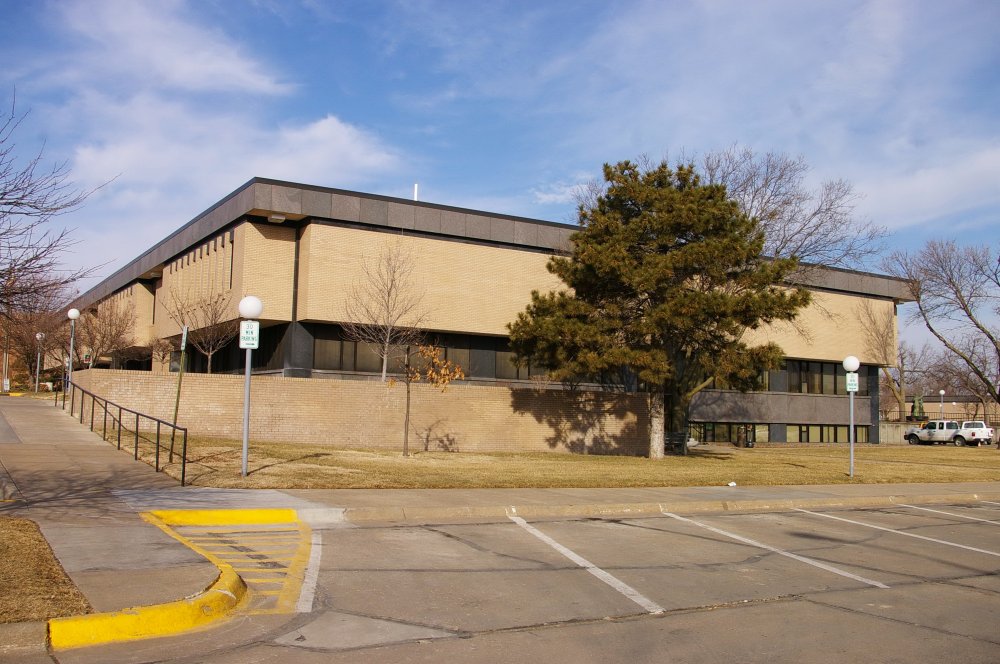 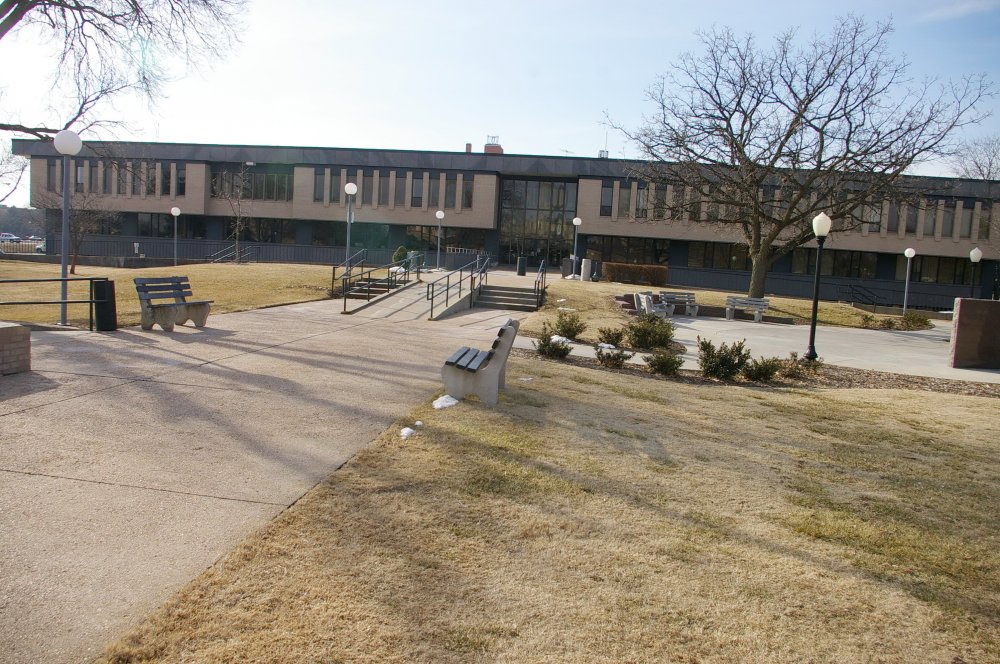 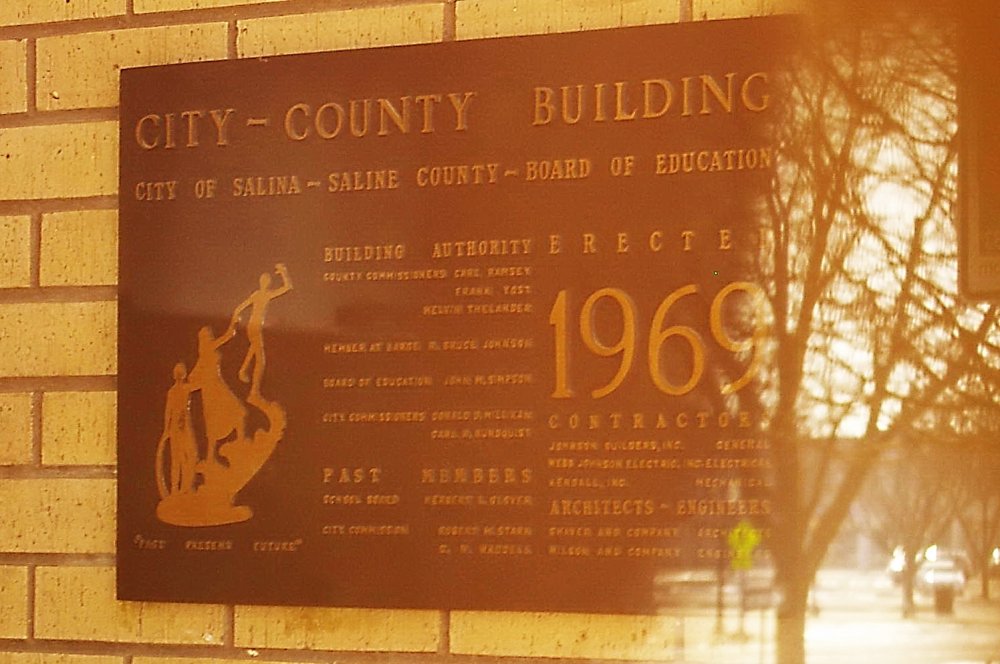 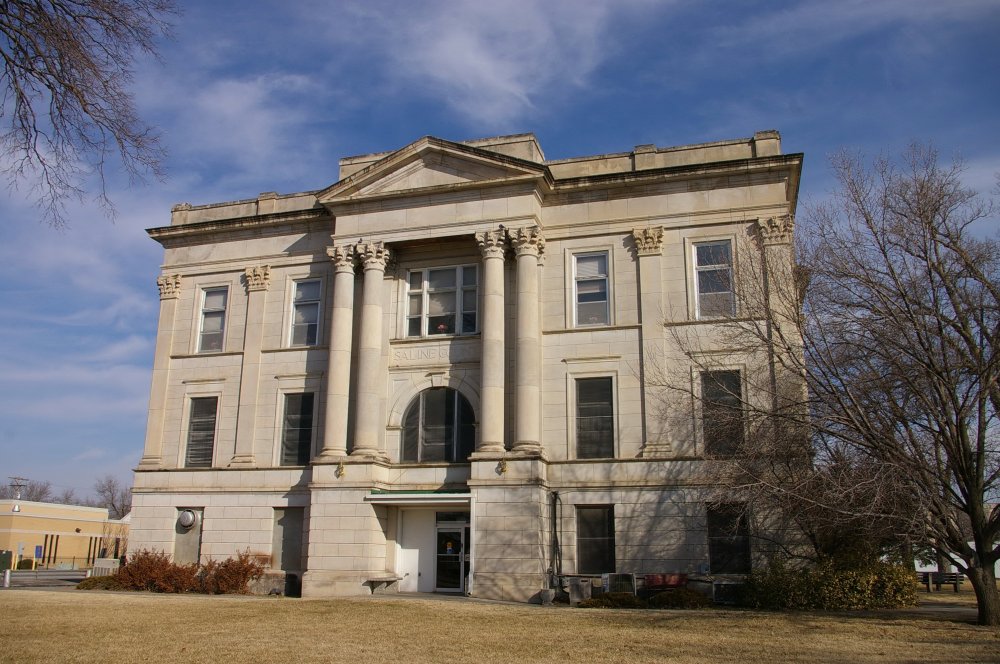 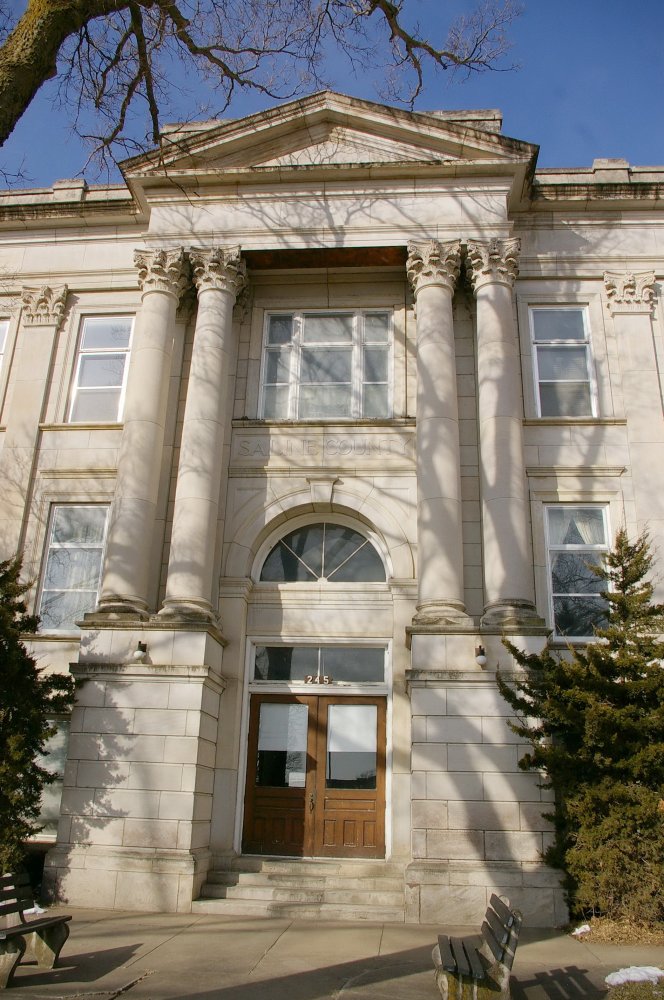 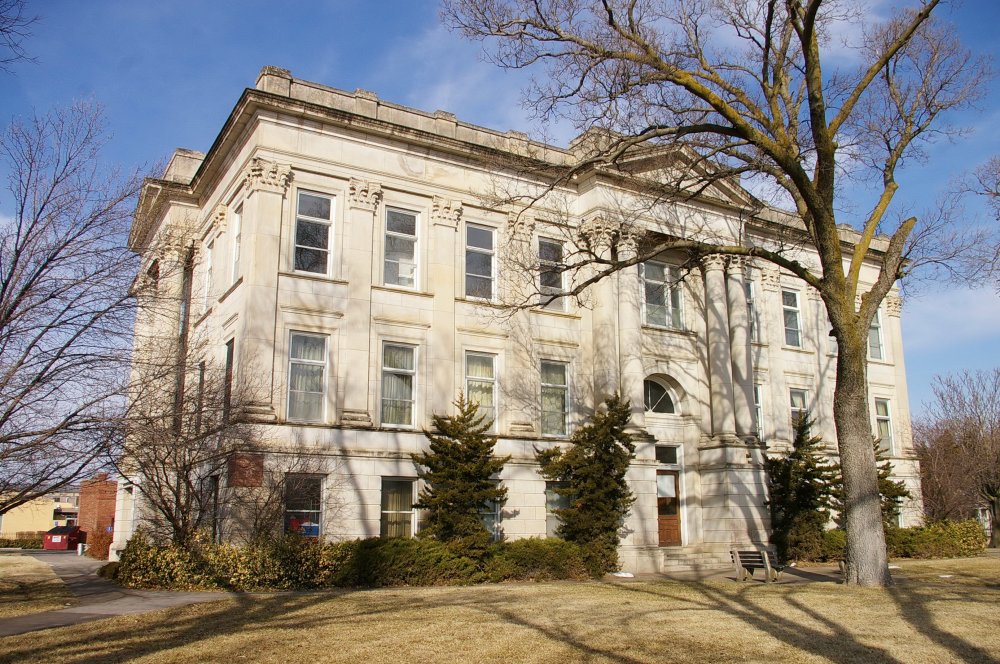 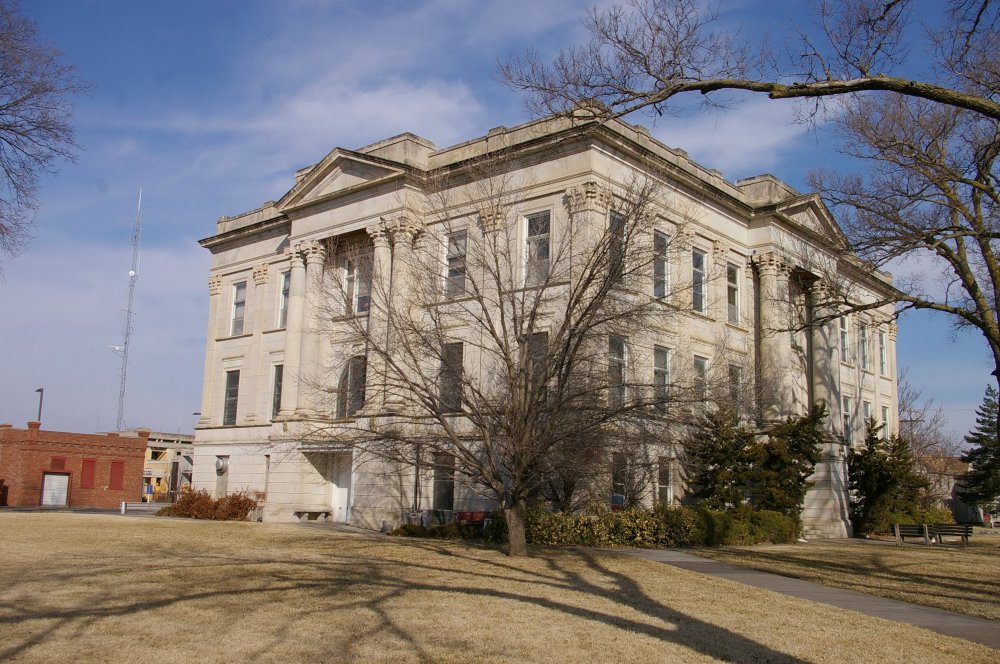 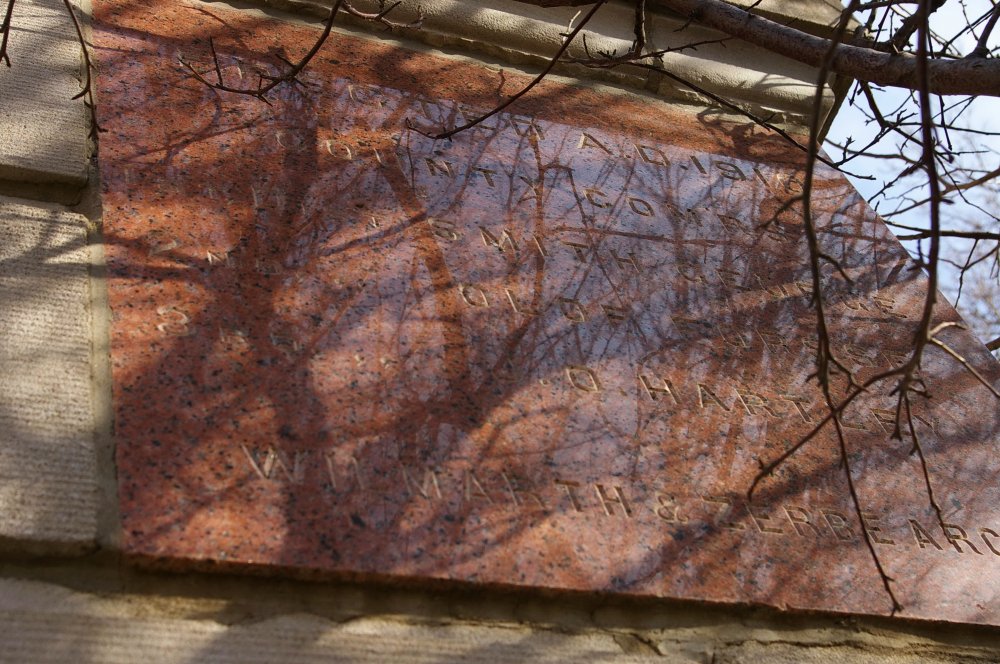 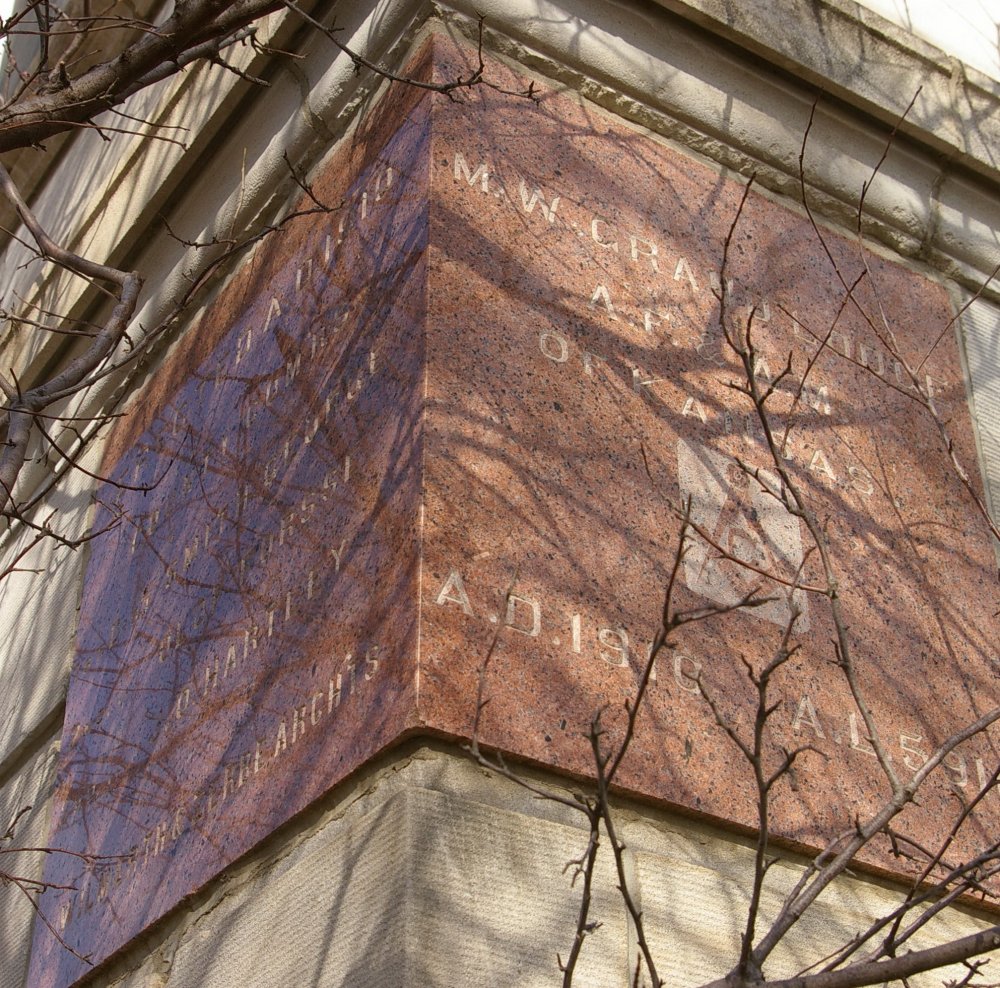