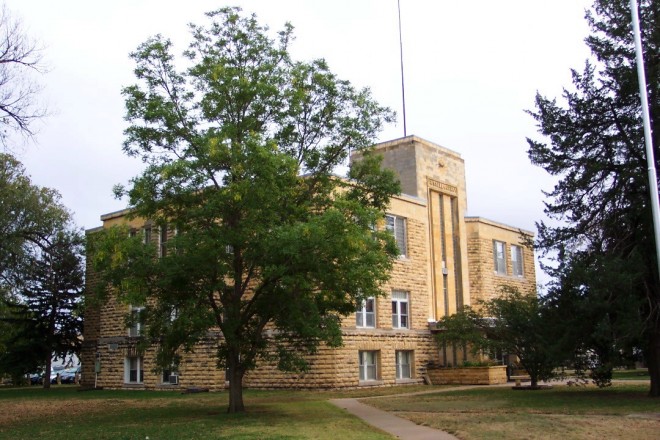 Russell County is named for Alva P Russell, who was a soldier in the American Civil War. 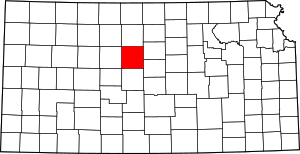 Architect:  George A Berlinghof of Nebraska

Description: The building faces west and is a two story rough post rock stone and concrete structure. The building is located on spacious landscaped grounds in the center of Russell. The building has a high central section with the entrance on the first story and clock at the top. The building houses the County Commissioners and county offices. The former courtroom on the third story is now a storage room. The County commissioner’s Meeting Room is located on the first story. In 1908, a tower was constructed. The building was altered in 1949. A one story County Courthouse Addition was constructed on the north side in 2014. In the interior, the corridor runs east-west with the County District Court courtroom located at the east end. The courtroom is located on the north side. The building houses the County District Court of the 20th Judicial District. The architect was Jones Gillam Renz Architects and the contractor was QMC Inc. ( Quinter Manufacturing Construction Company ). To the east is the Old County Jail and Sheriff Residence.

History:  The county was created in 1867 and Russell was selected as the county seat in 1872 when the county was organized. The first courthouse was  a two story frame structure built at the corner of Seventh Street and Main Street in 1874 and known as Waterman Hall. The second and present courth was constructed in 1902 to 1904. 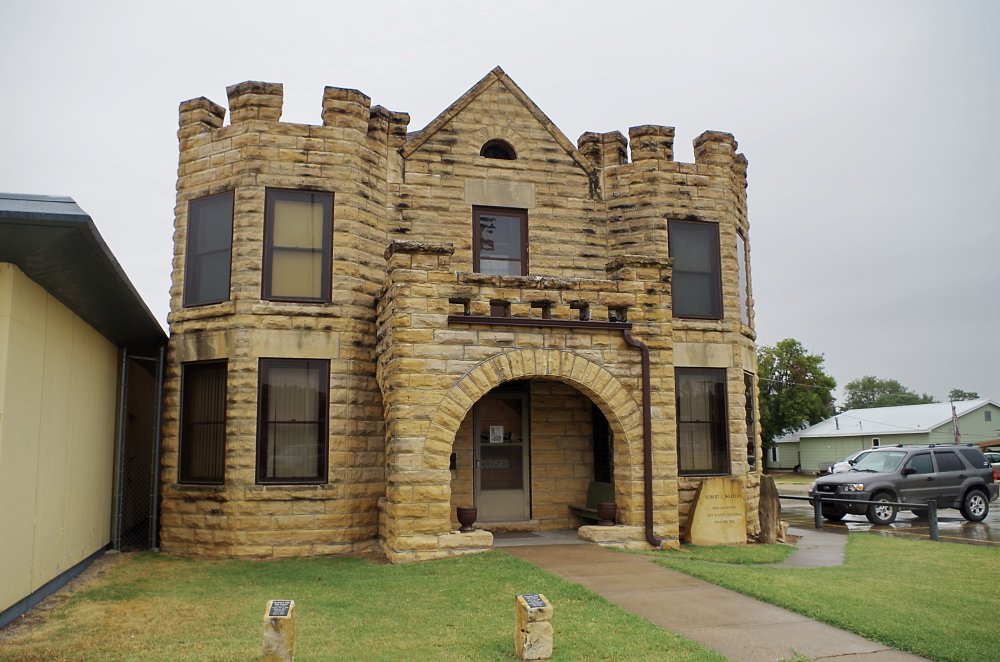 Description: The building faces west and is a two story rough post rock stone and concrete structure. The building is located on landscaped grounds in the center of Russell on the east side of the courthouse. 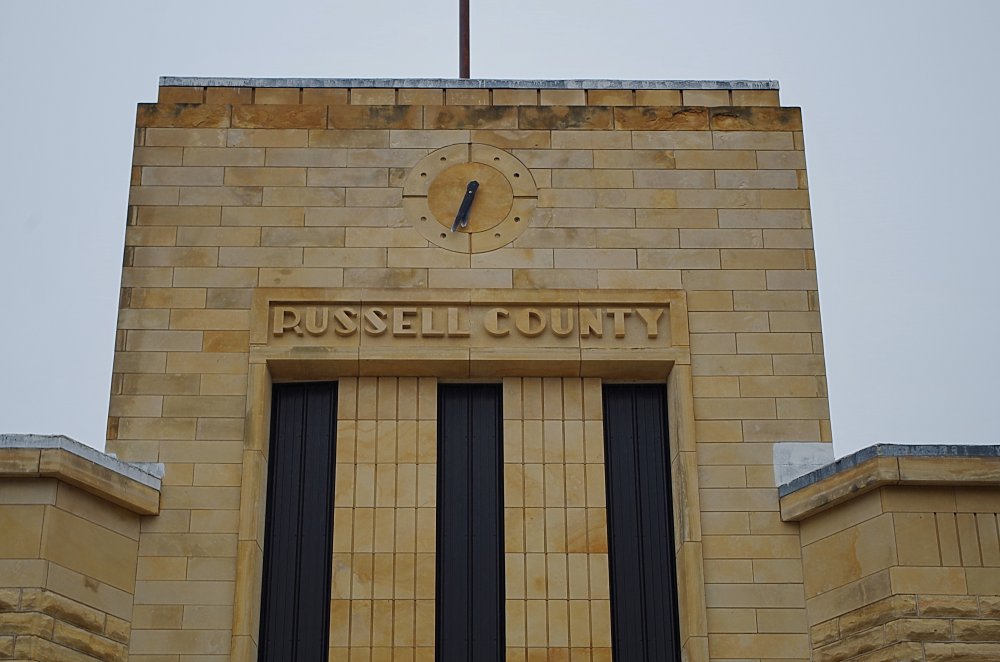 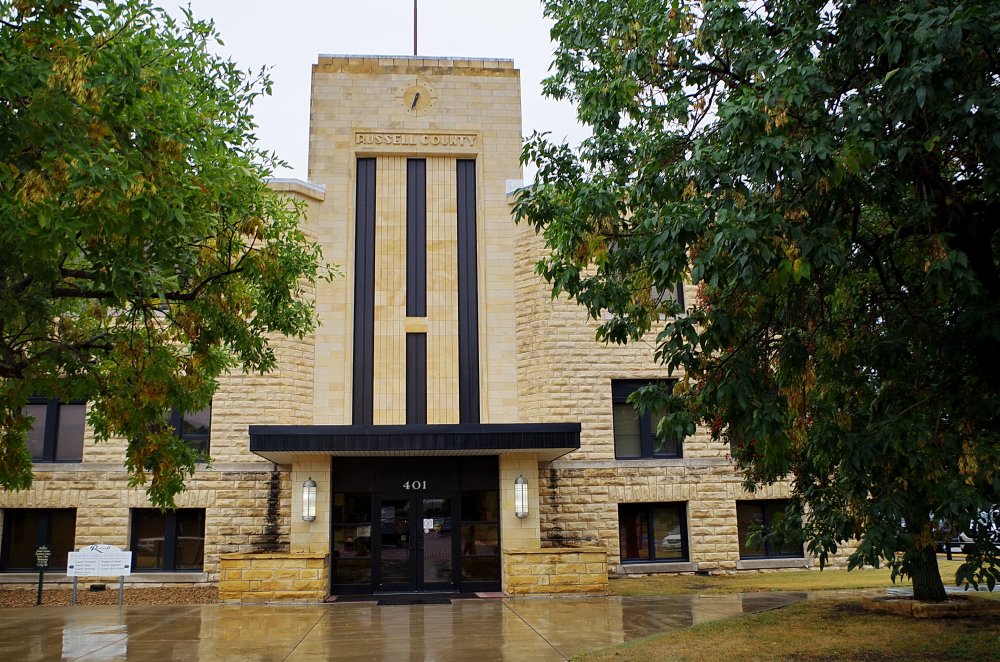 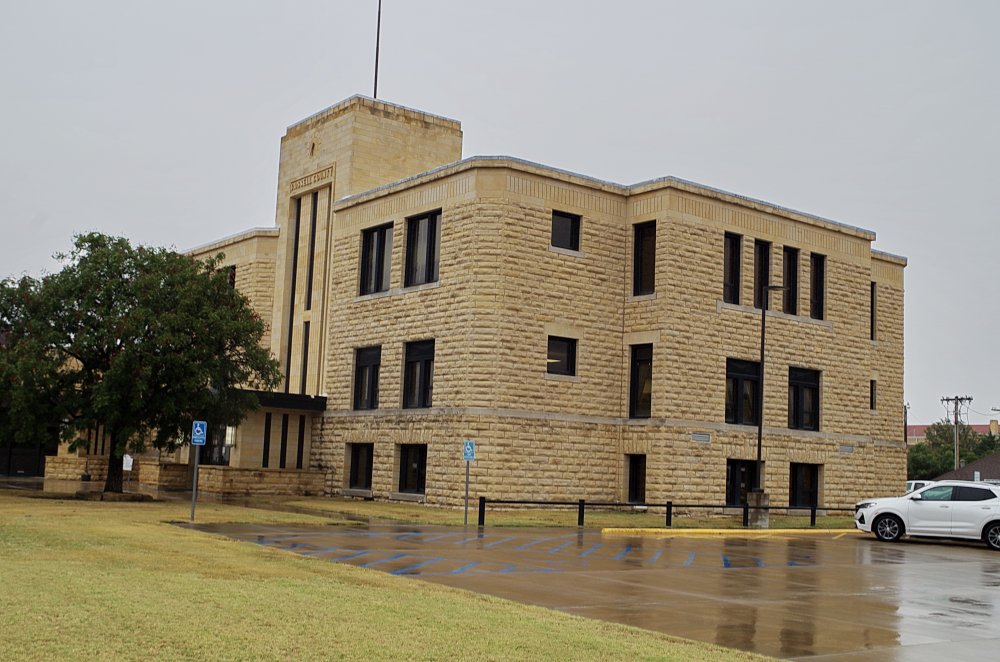 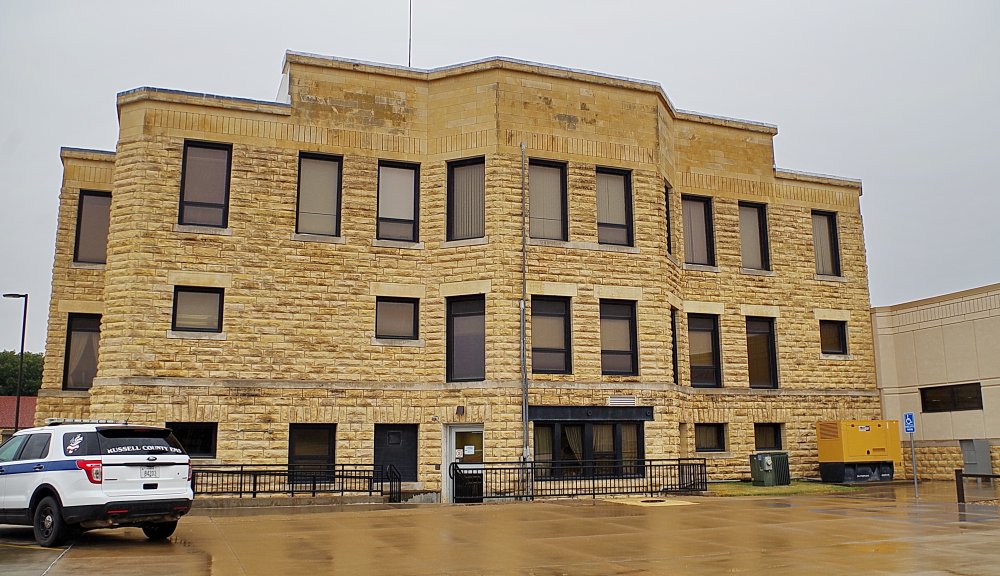 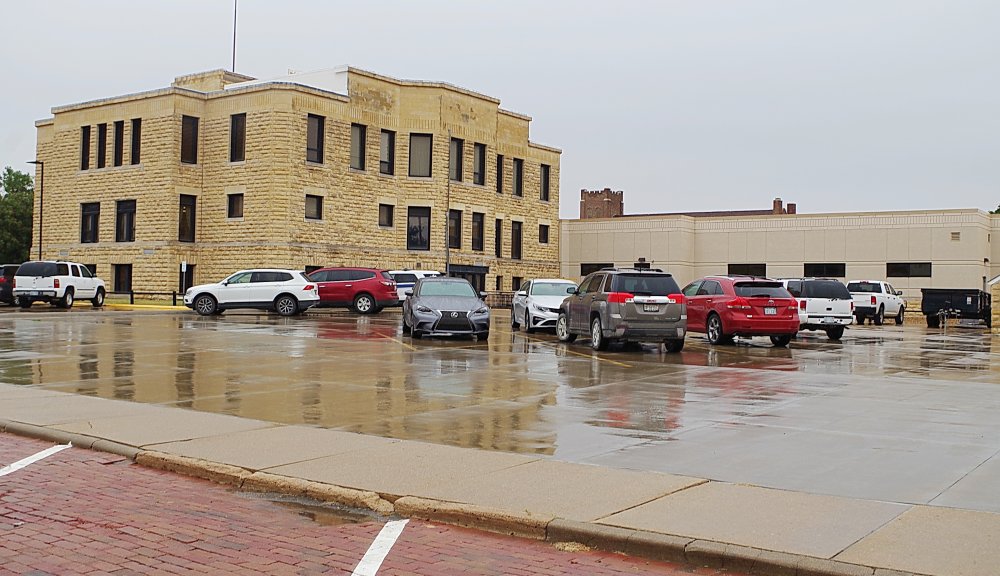 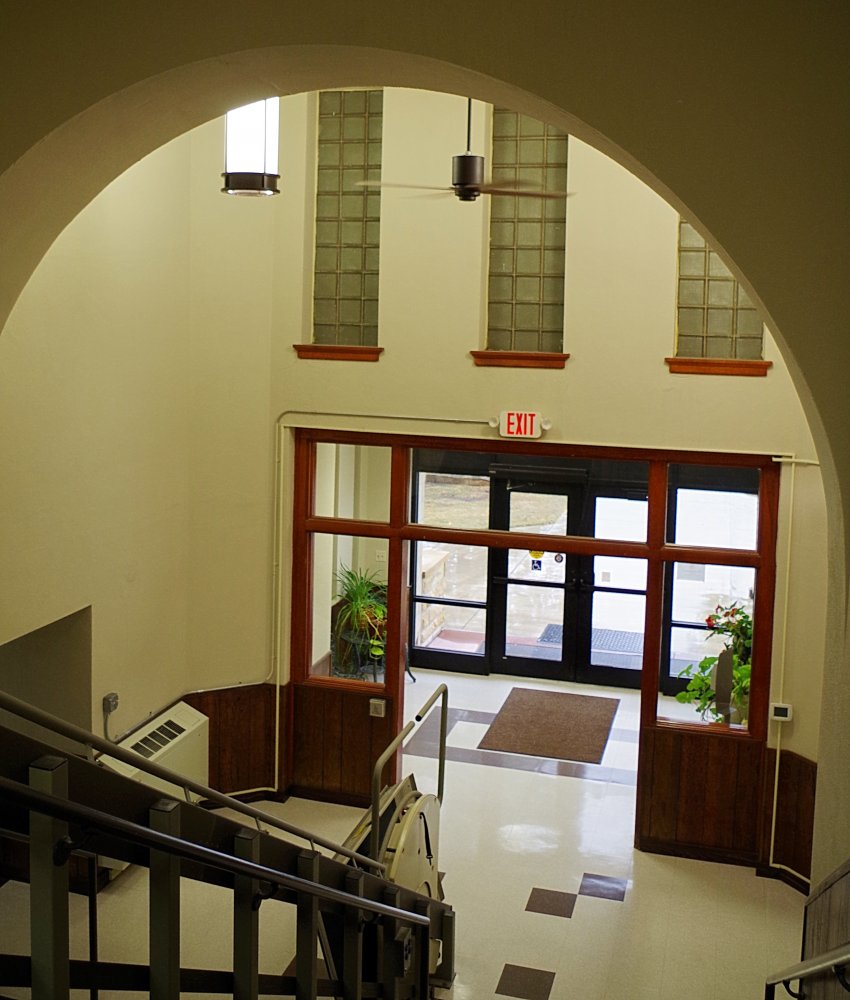 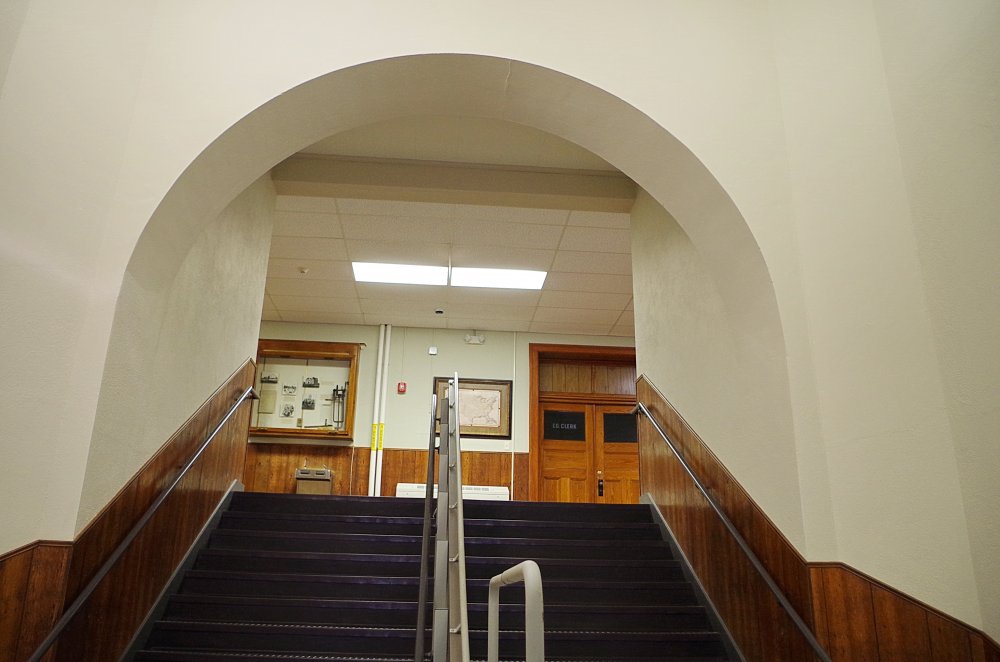 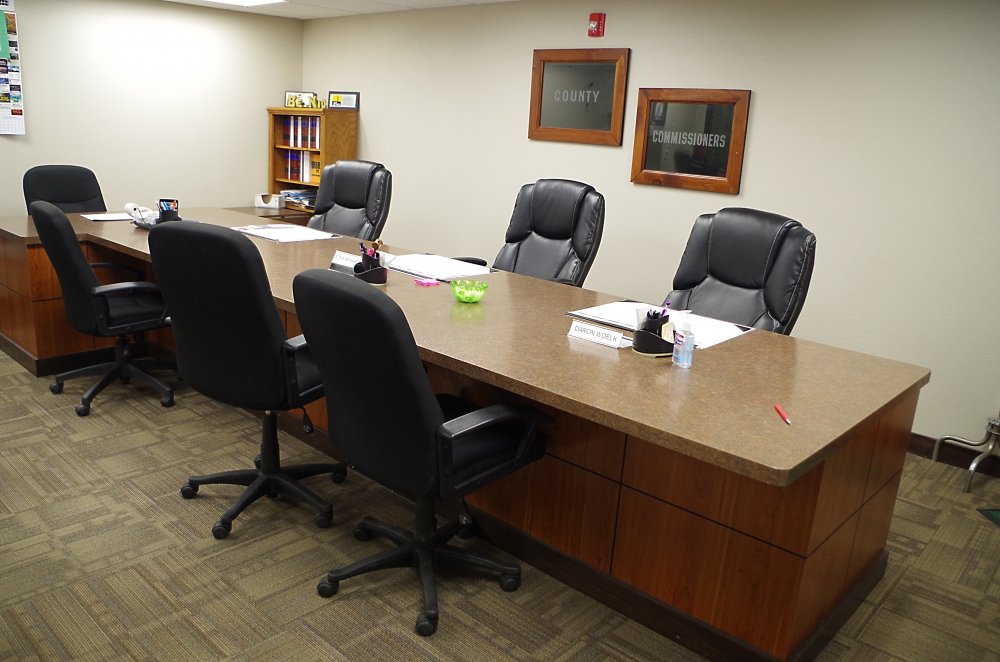 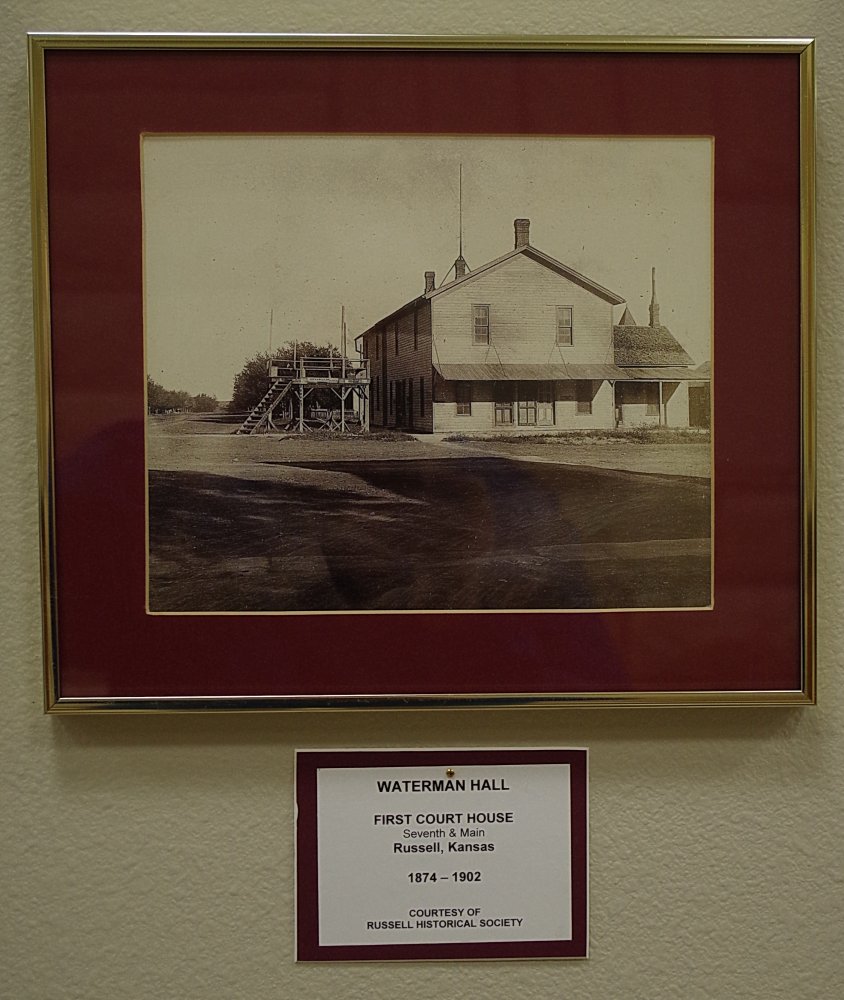 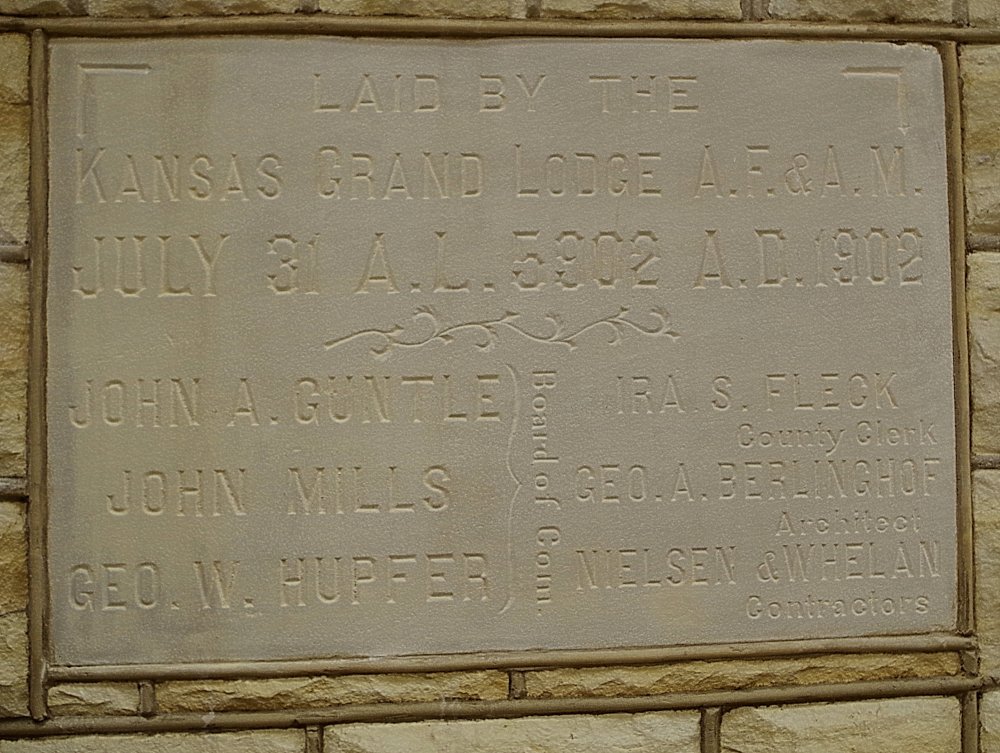 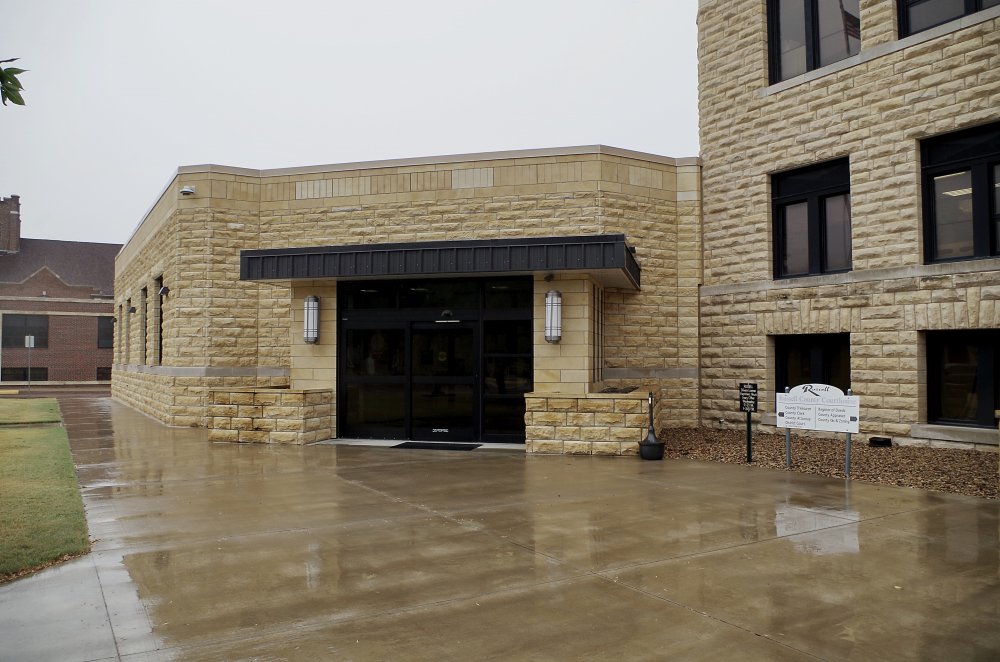 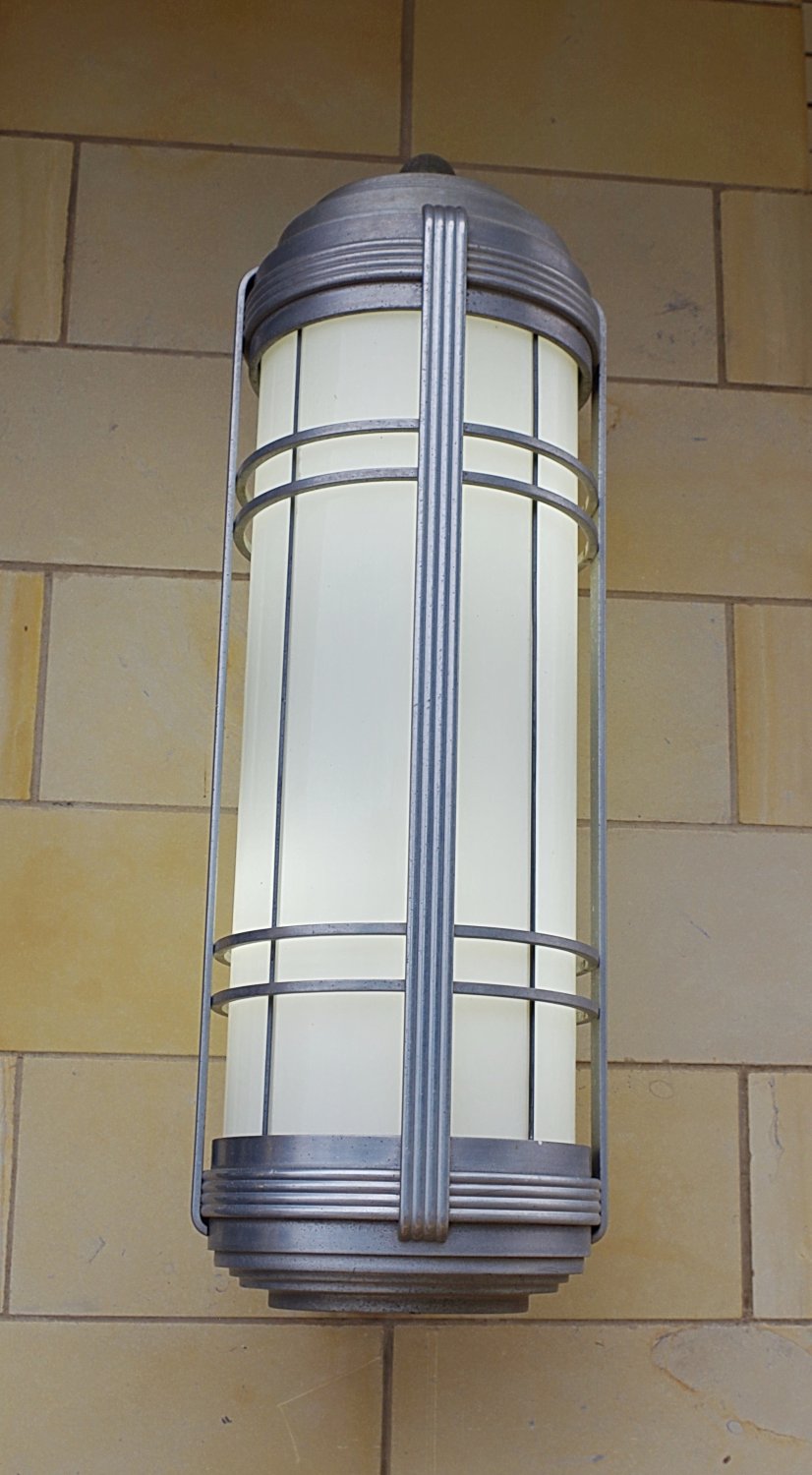 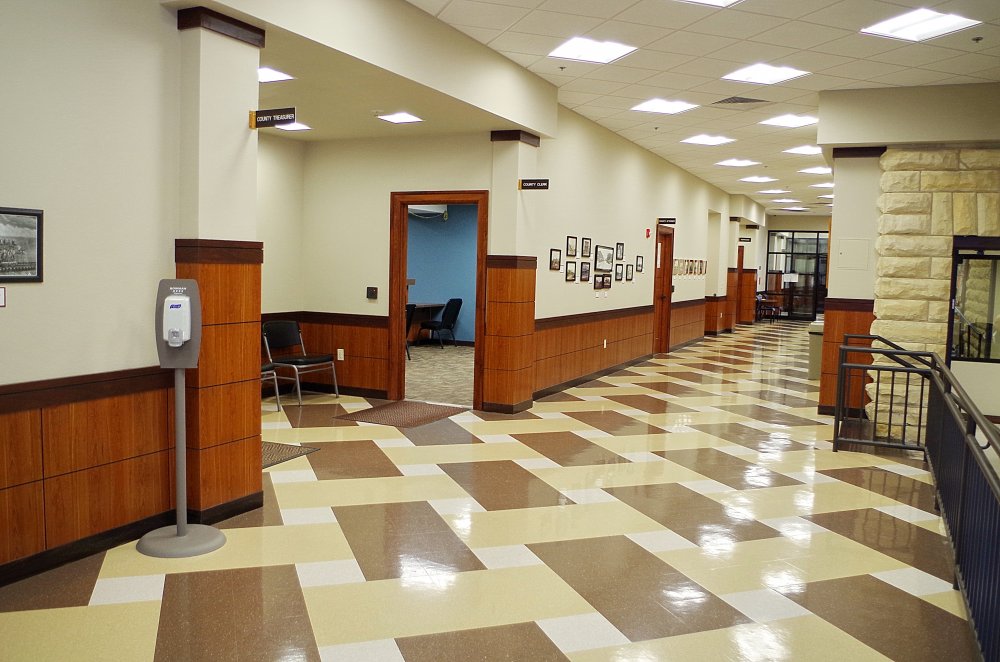 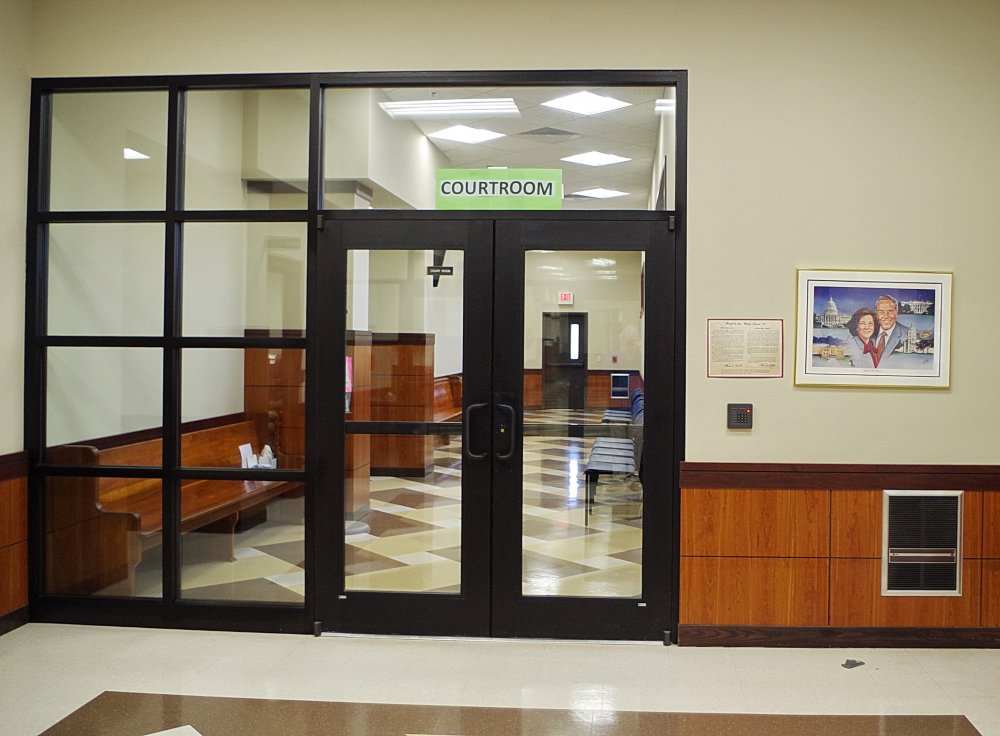