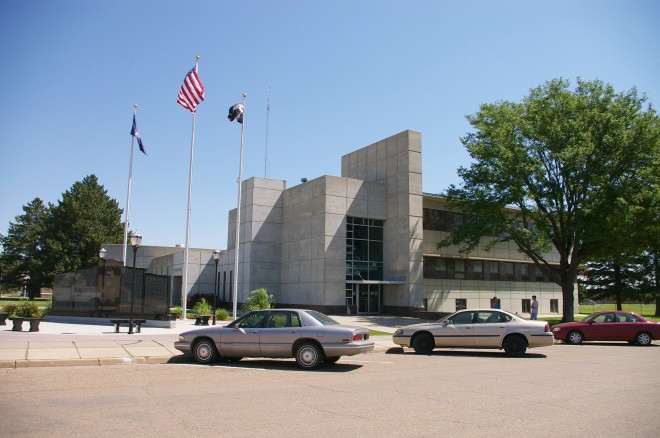 Stevens County is named for Thaddeus Stevens ( 1792-1868 ), a United States senator from Pennsylvania, who was a passionate advocate of Radical republicanism. 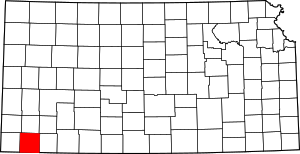 Description:  The building faces south and is a two story stone, glass and concrete structure. The building is located on landscaped grounds in the center of Hugoton. The south front has a large window above the entrance. The building has a number of square walls, protrusions and walls rising above the structure. The entrance on the south side has a large glass section rising above the doorway. The east section has horizontal windows. The roof line is flat. In the interior, there is a large Memorial Hall on the north side of the first story. The County District Court courtroom is located on the north side of the second story. The building houses the County District Court of the 26th Judicial District. 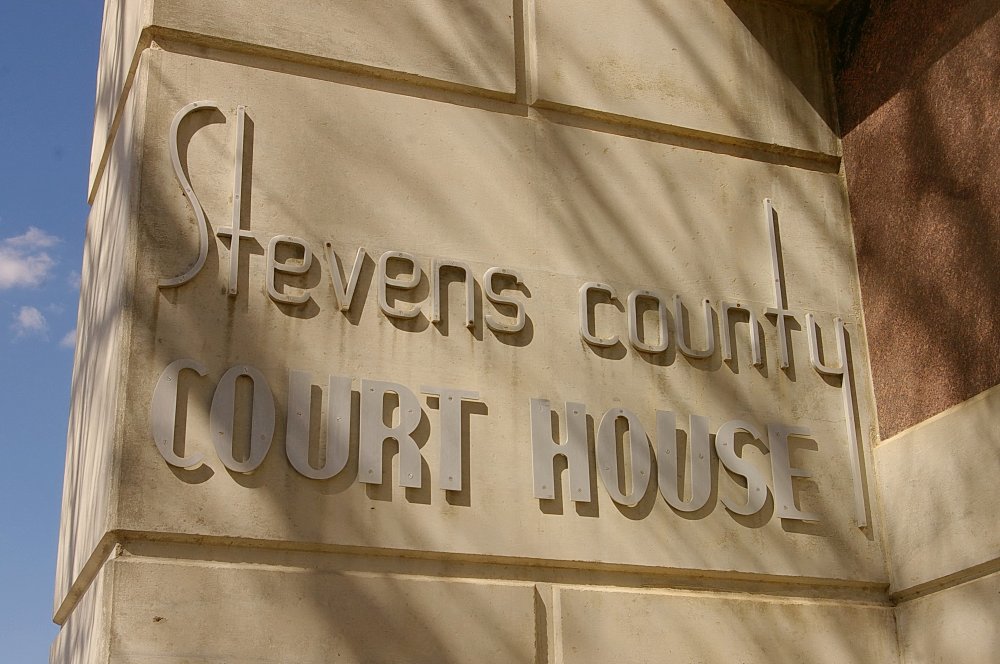 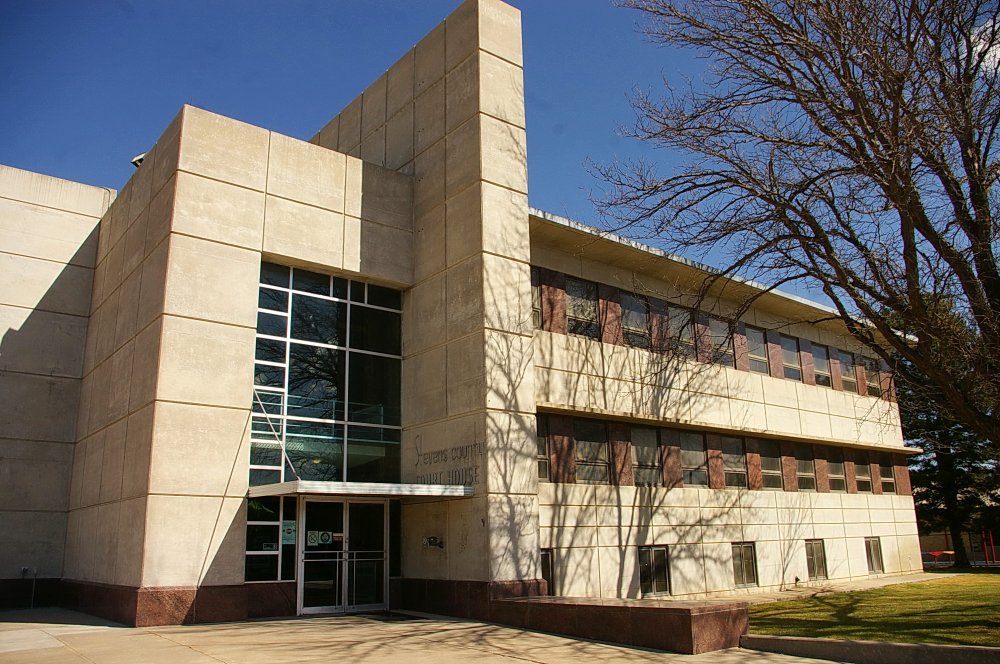 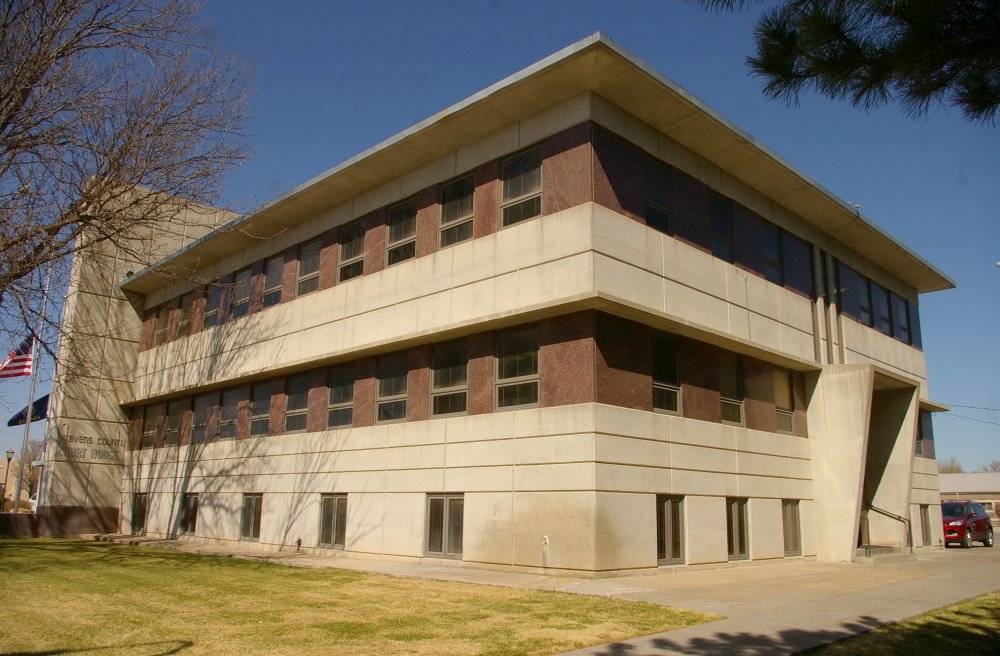 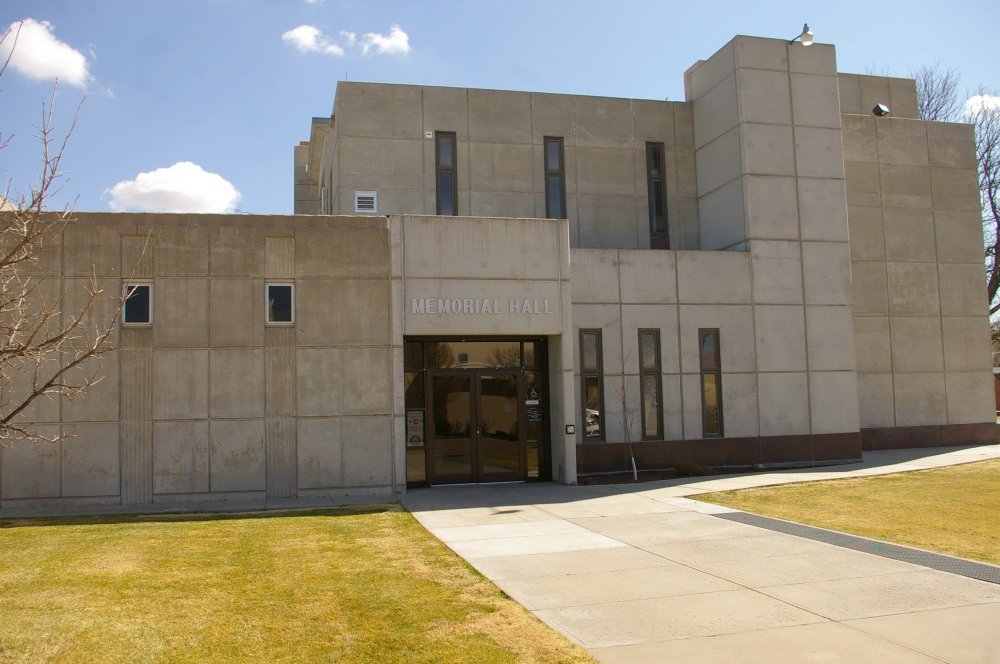