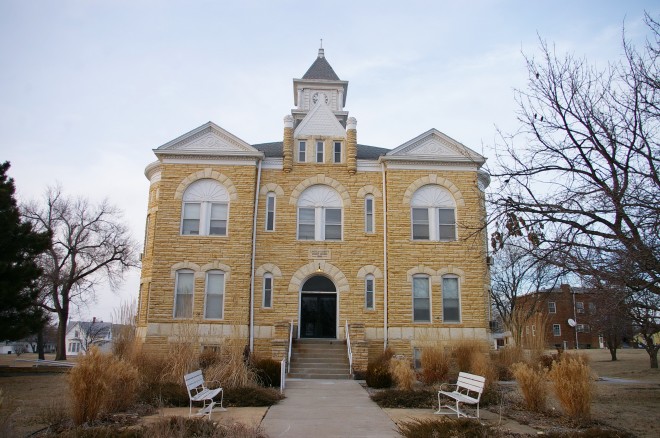 Description:  The building faces south and is a two story buff colored post rock and concrete structure. The building is located on landscaped grounds in the center of Lincoln  The south front has a central entrance with arched stone and large arched window on the second story. Above on the third story is a three windows dormer rising to a peaked roof. The east and west corners project from the main building and have large arched windows on the second story and a pediment at the roof line. In the center of the roof is a square cupola with clock and steep roof. The building sits on spacious landscaped grounds with the old red colored brick Sheriff’s Residence.

History:  The first courthouse was constructed by Myron D Green in 1873. The building was completely destroyed by fire on the night of December 7, 1898. Stone for the second and present courthouse was excavation under the direction of B P Wicker. A E McMichael was the stonemason. The interior finish materials-door and window frames, stairs for the courthouse was completed by O W Urich, of Atchison, Kansas and the ironwork was done William Bergh of Newton. The total cost of construction was less than $20,000. 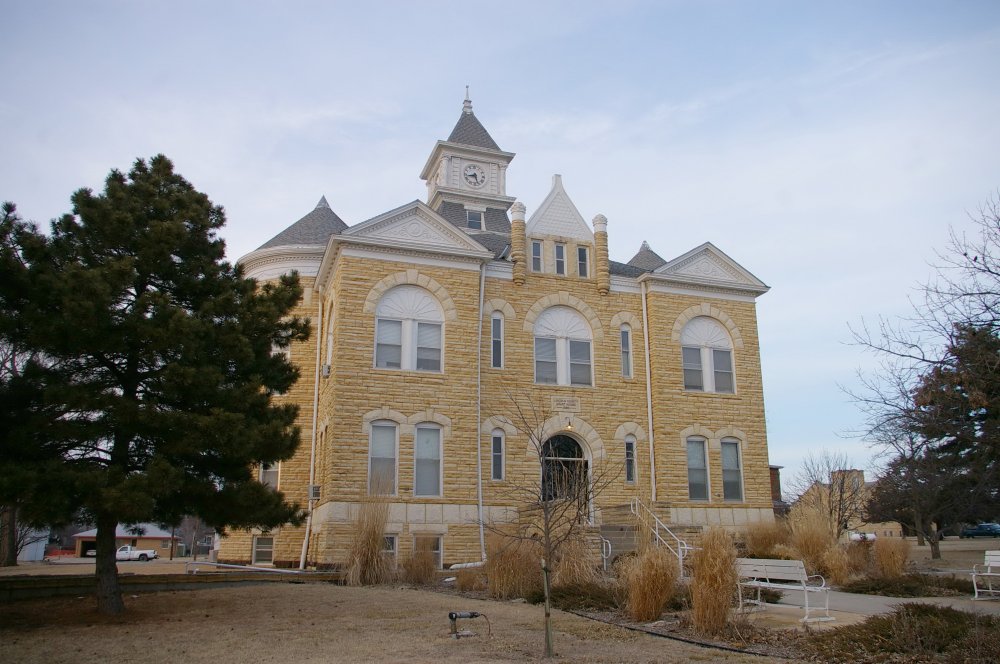 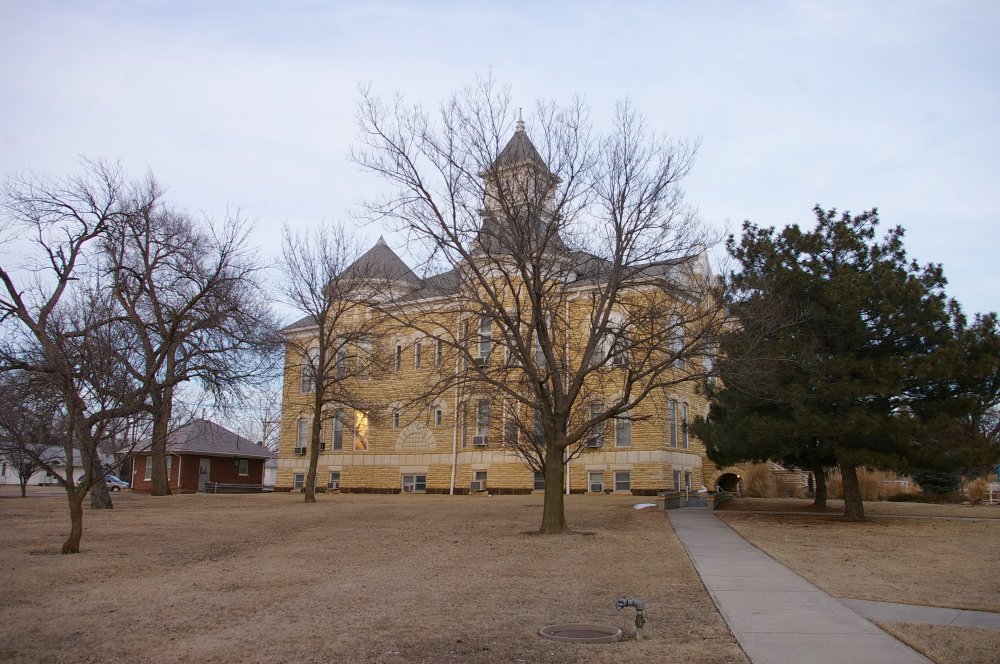 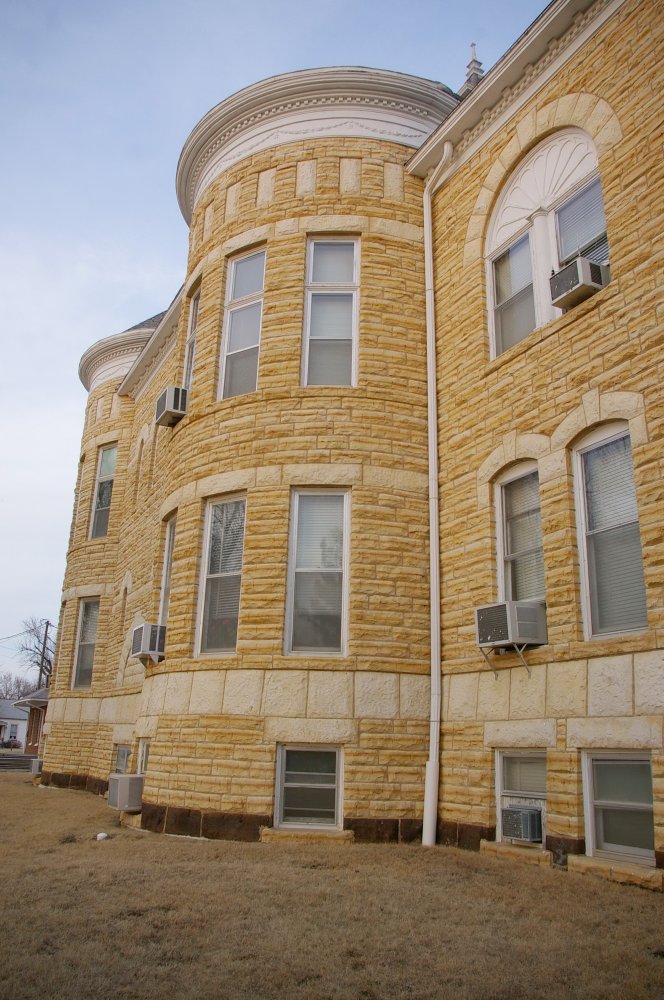 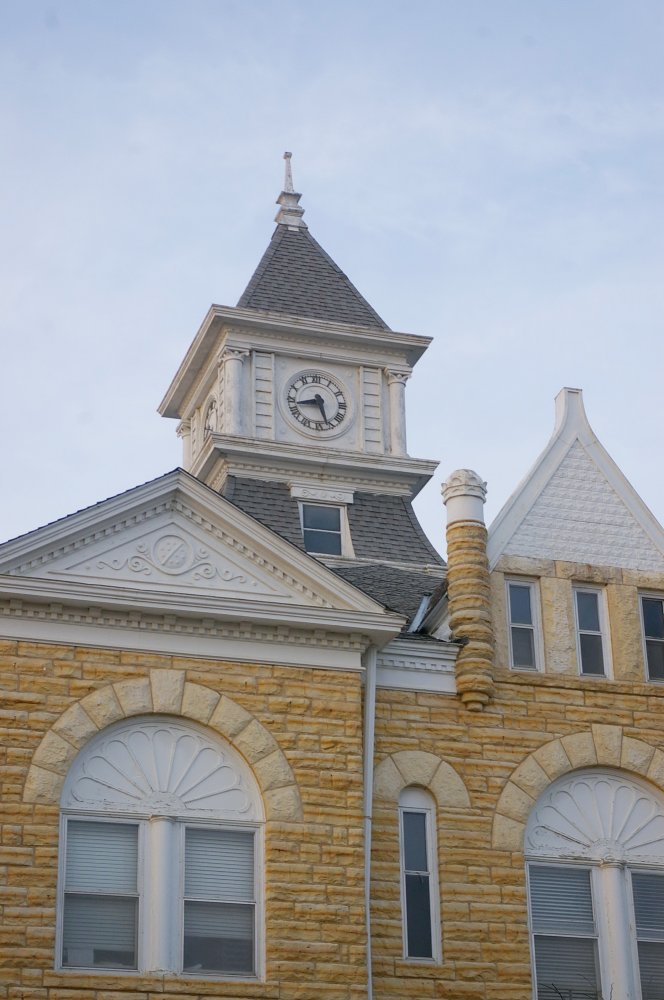 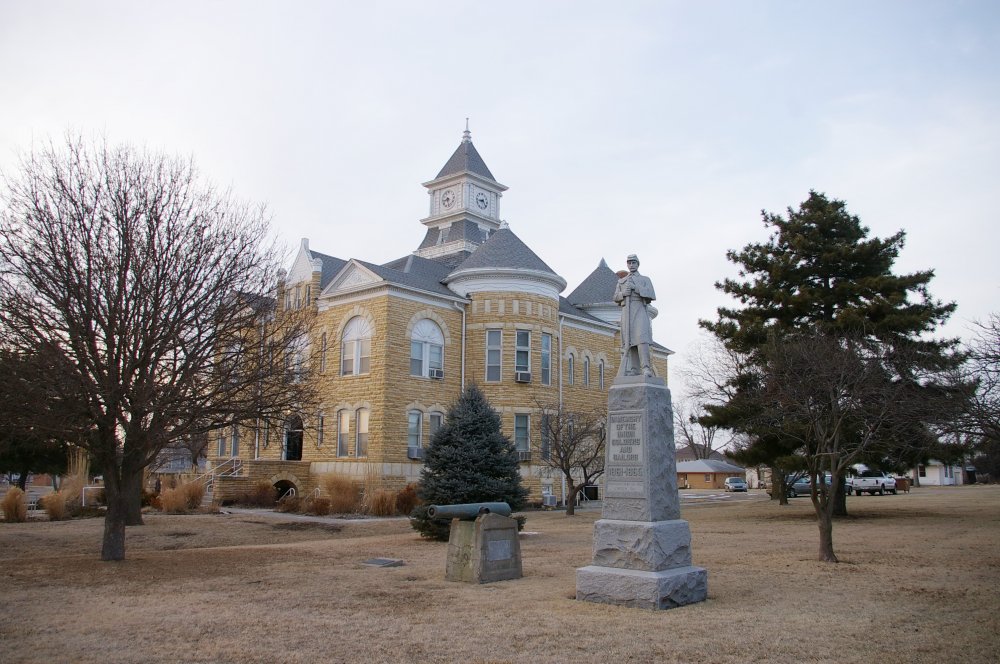 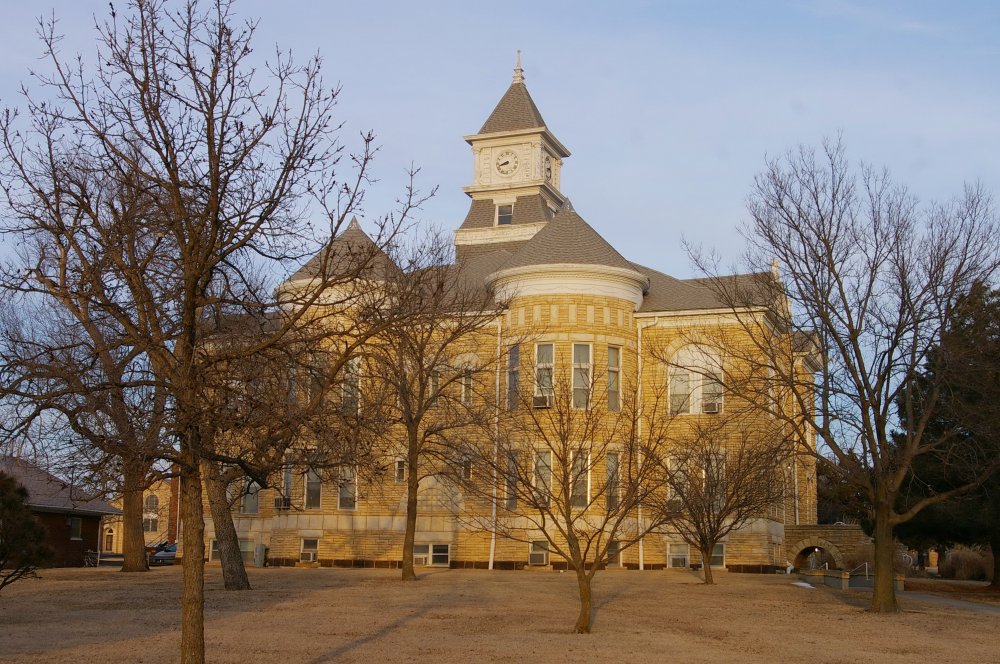 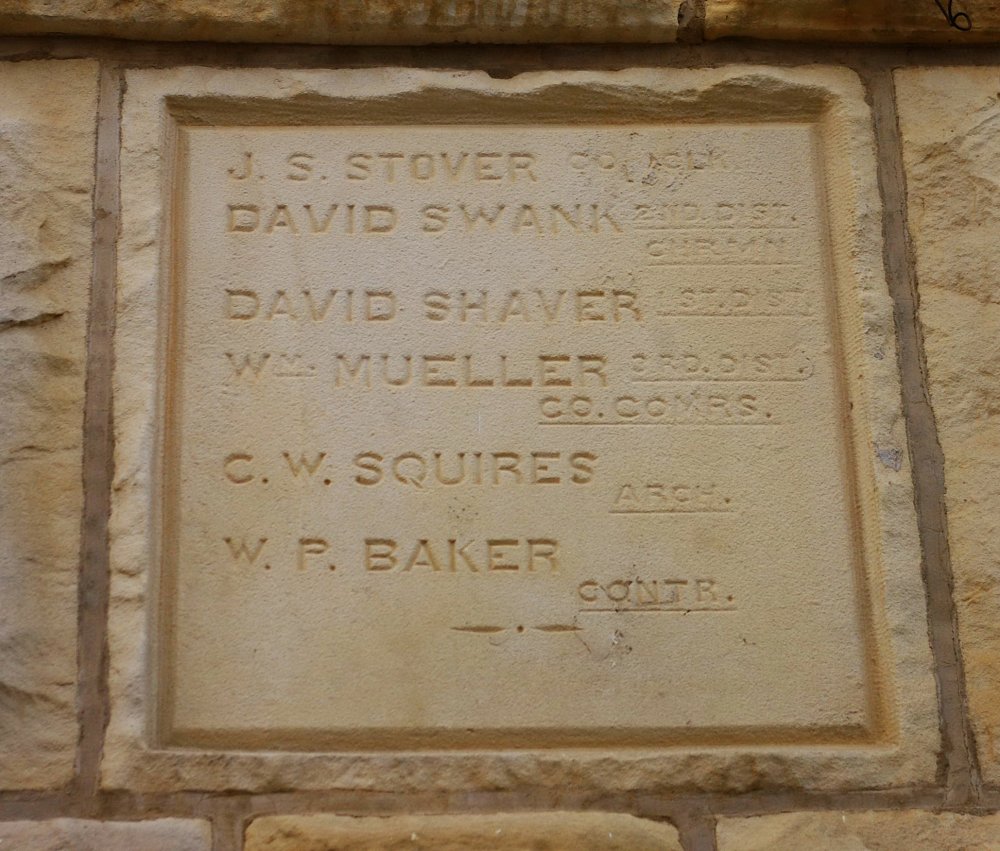 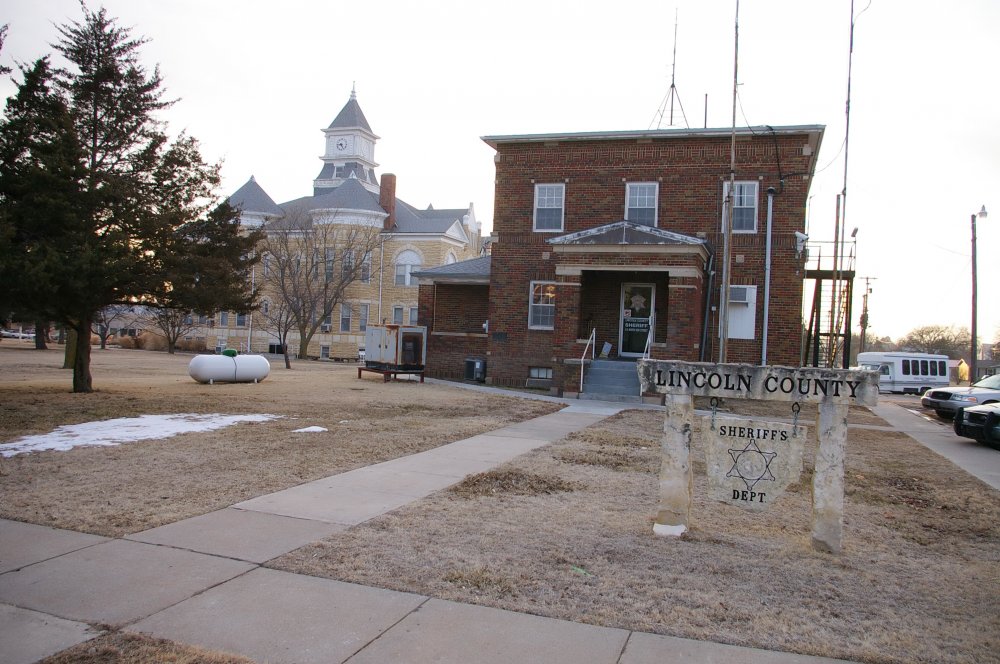