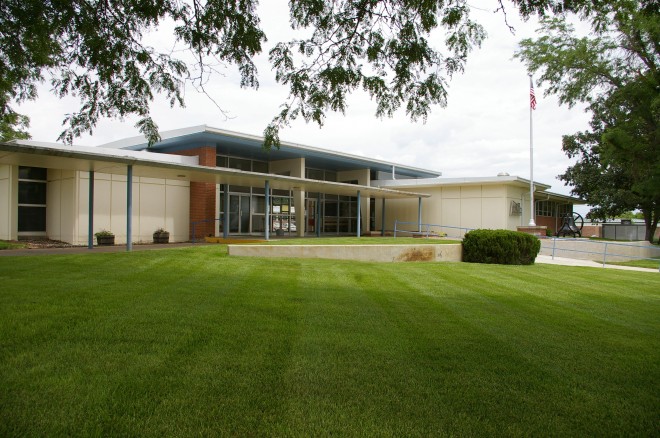 Graham County is named for Captain John L Graham, of the eight regiment, Kansas infantry, who was killed at Chickamauga, Tennessee, September 19, 1863.

Architect:  Mann and Company of Hutchinson

Contractor:  Mann and Company of Hutchinson

Description: The building faces south and is a one story structure with glass and concrete construction. The building is located on spacious landscaped grounds in the center of Hill City. The main entrance is on the south side with a glass entrance hall. The east front extends south from the main building. The roof of the center section is higher than the rest of the building. The roof line is flat. In the interior is a large glass lobby at the entrance. The County District Court courtroom is located at the northwest corner of the building. The building houses the County District Court of the 23rd Judicial District.

Note:  The courthouse was constructed around the old courthouse which was then demolished leaving a parking area on the north and east sides of the present courthouse. 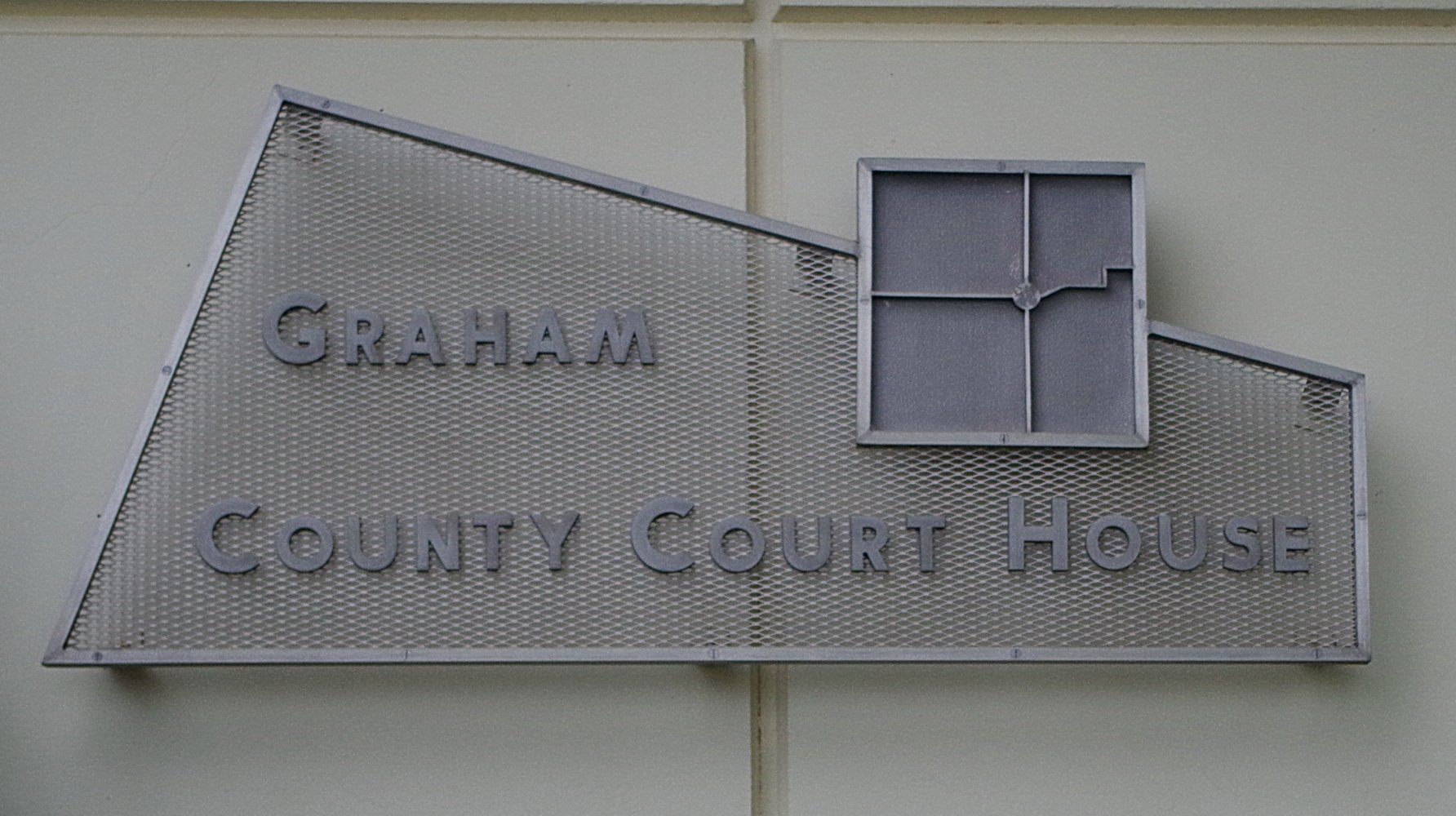 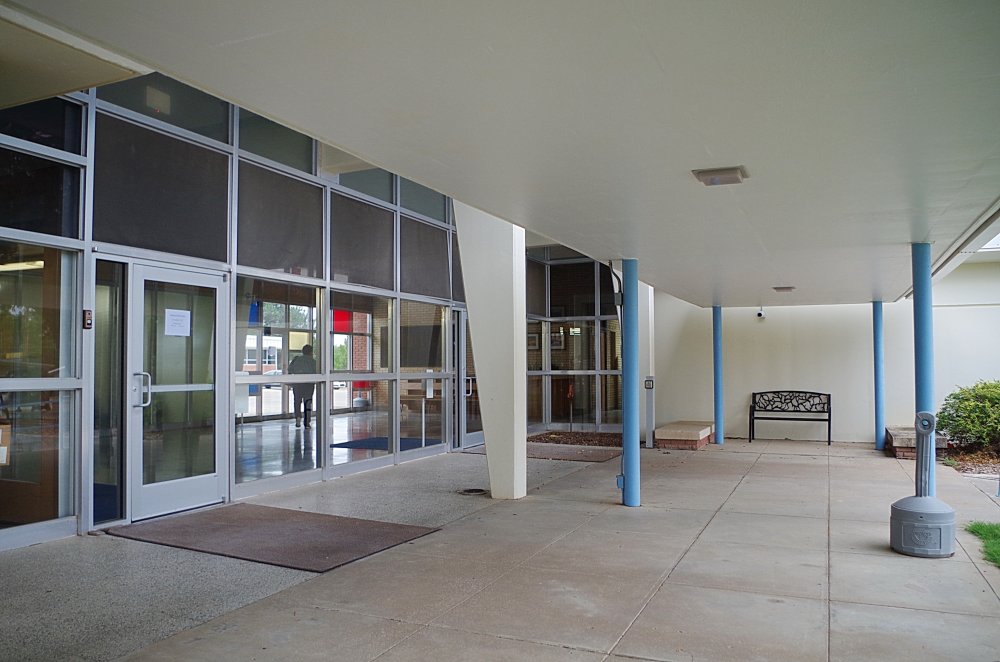 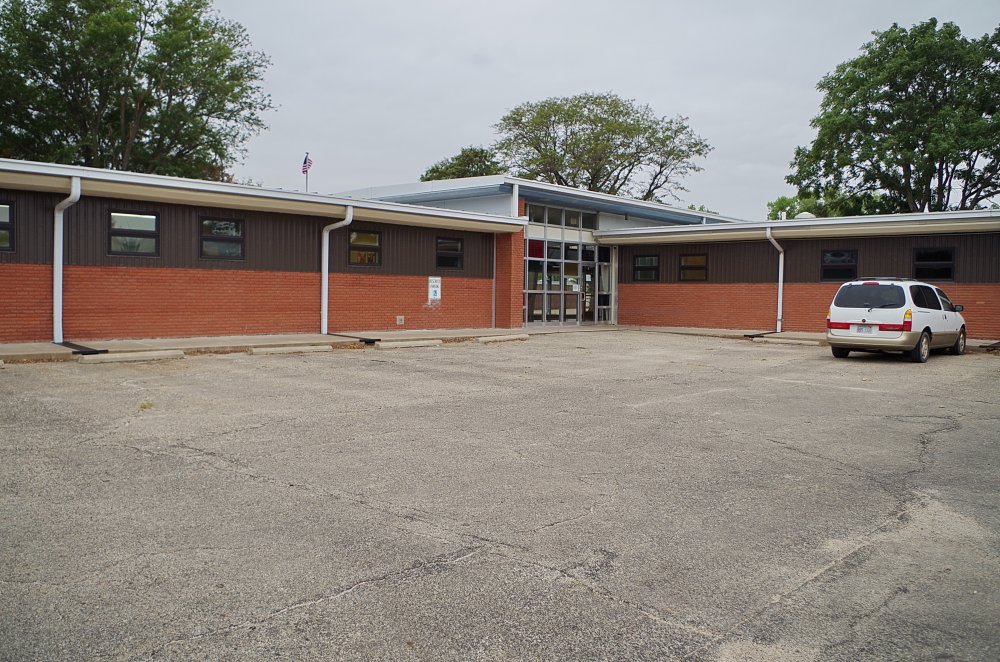 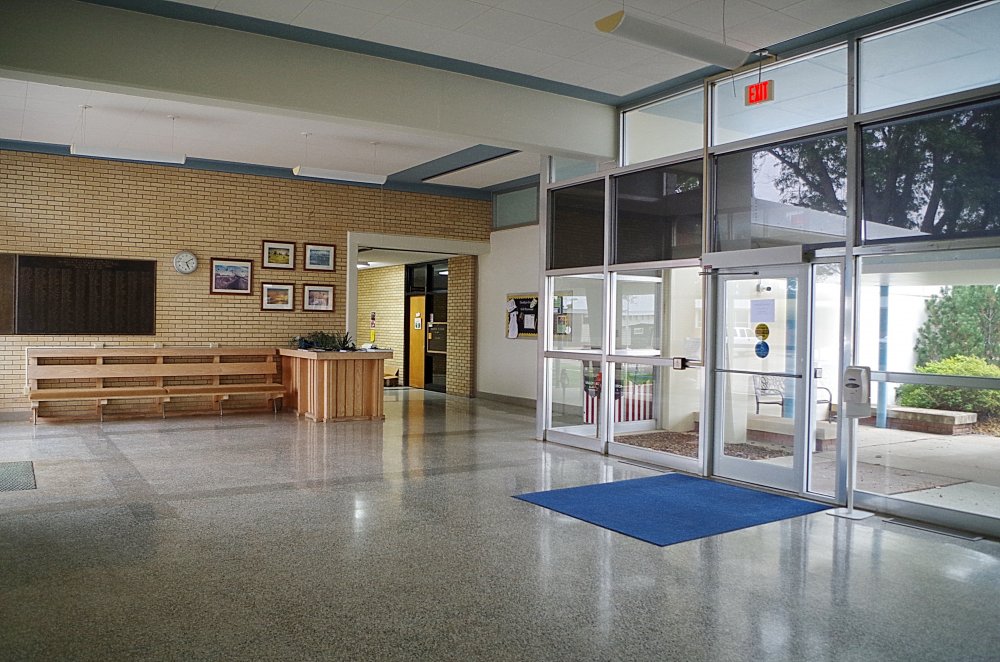 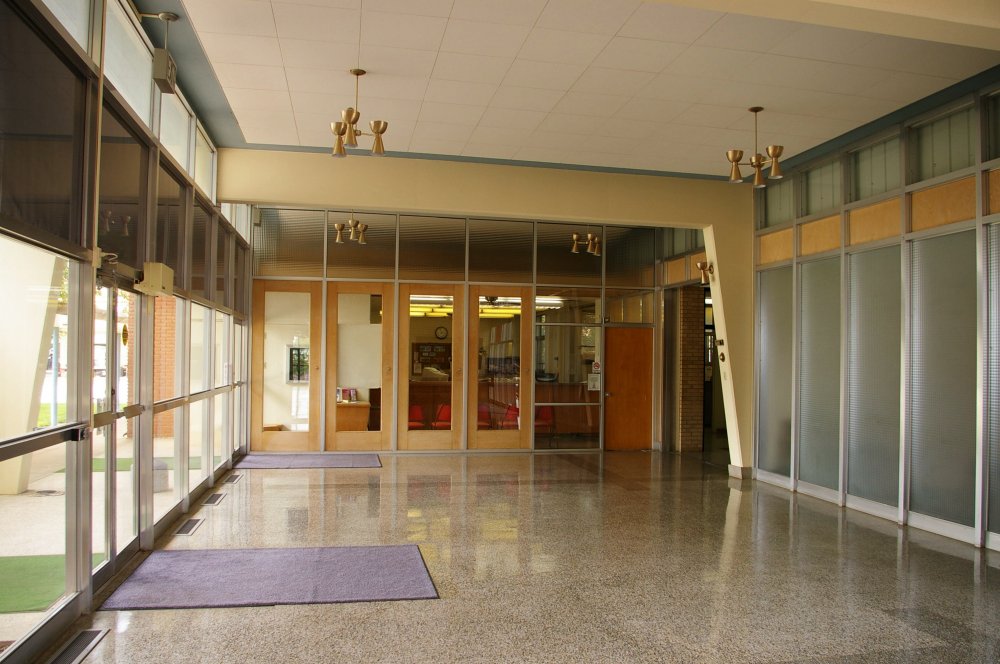 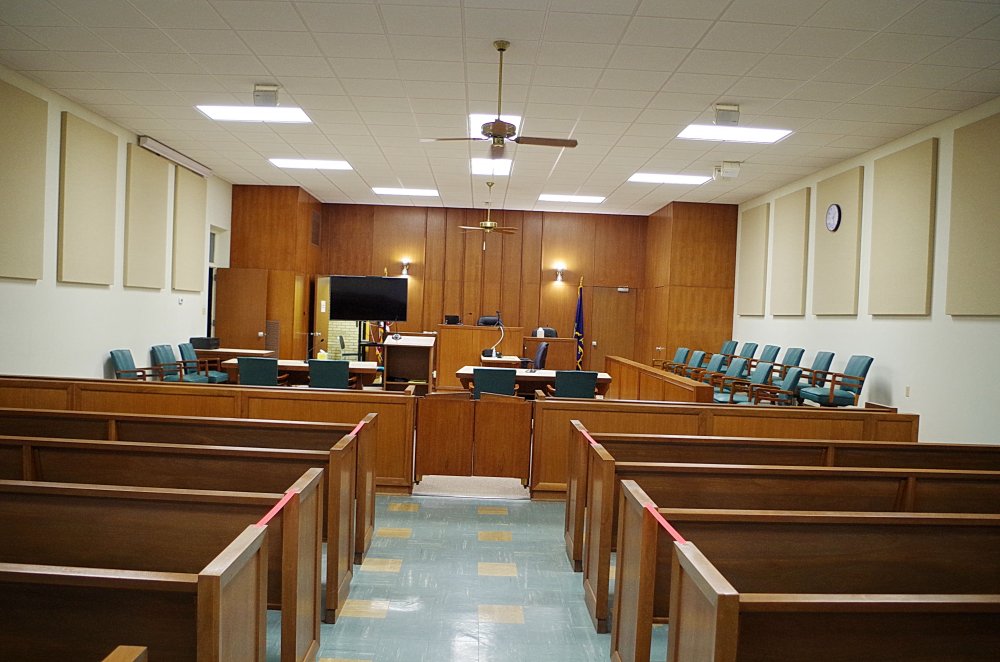 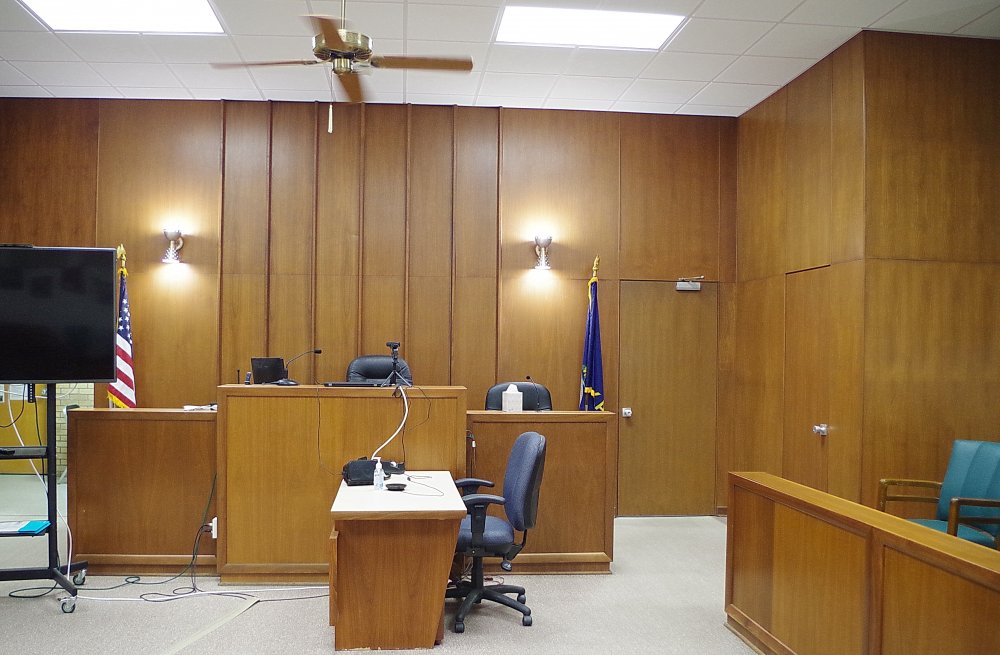 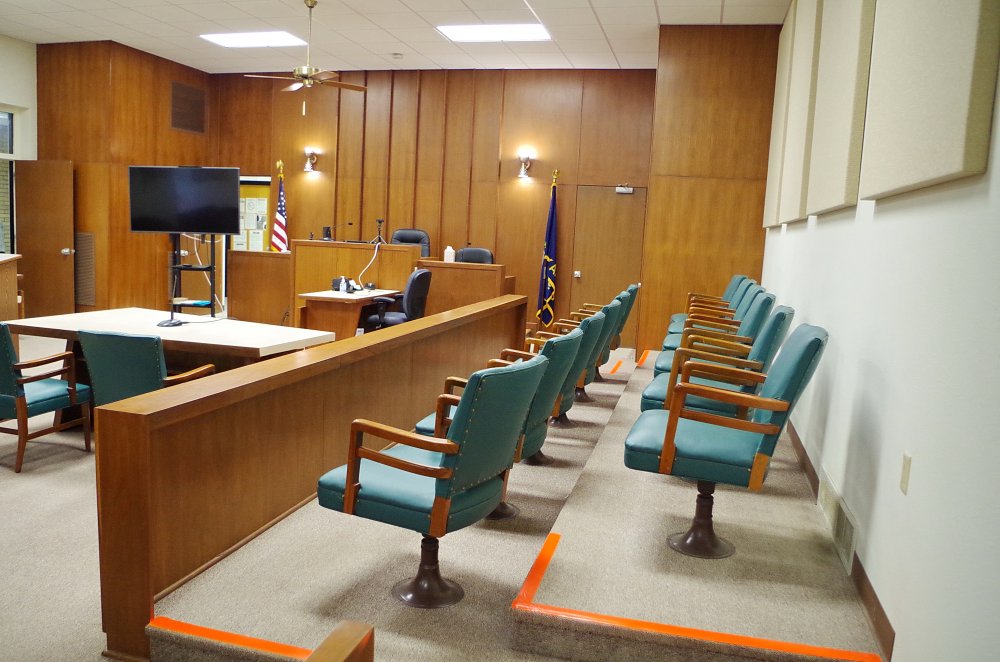 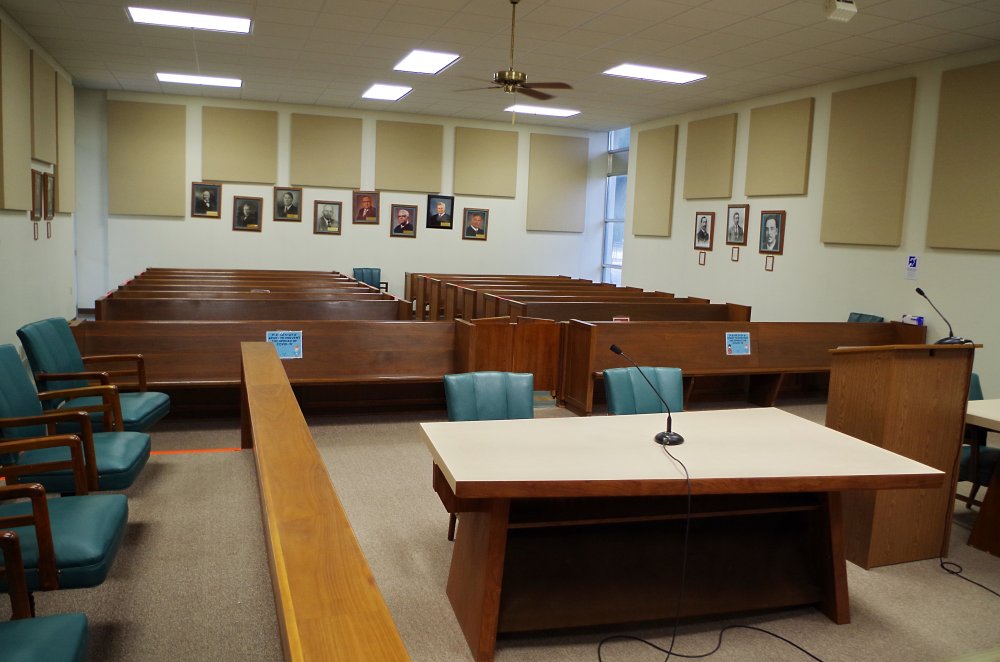 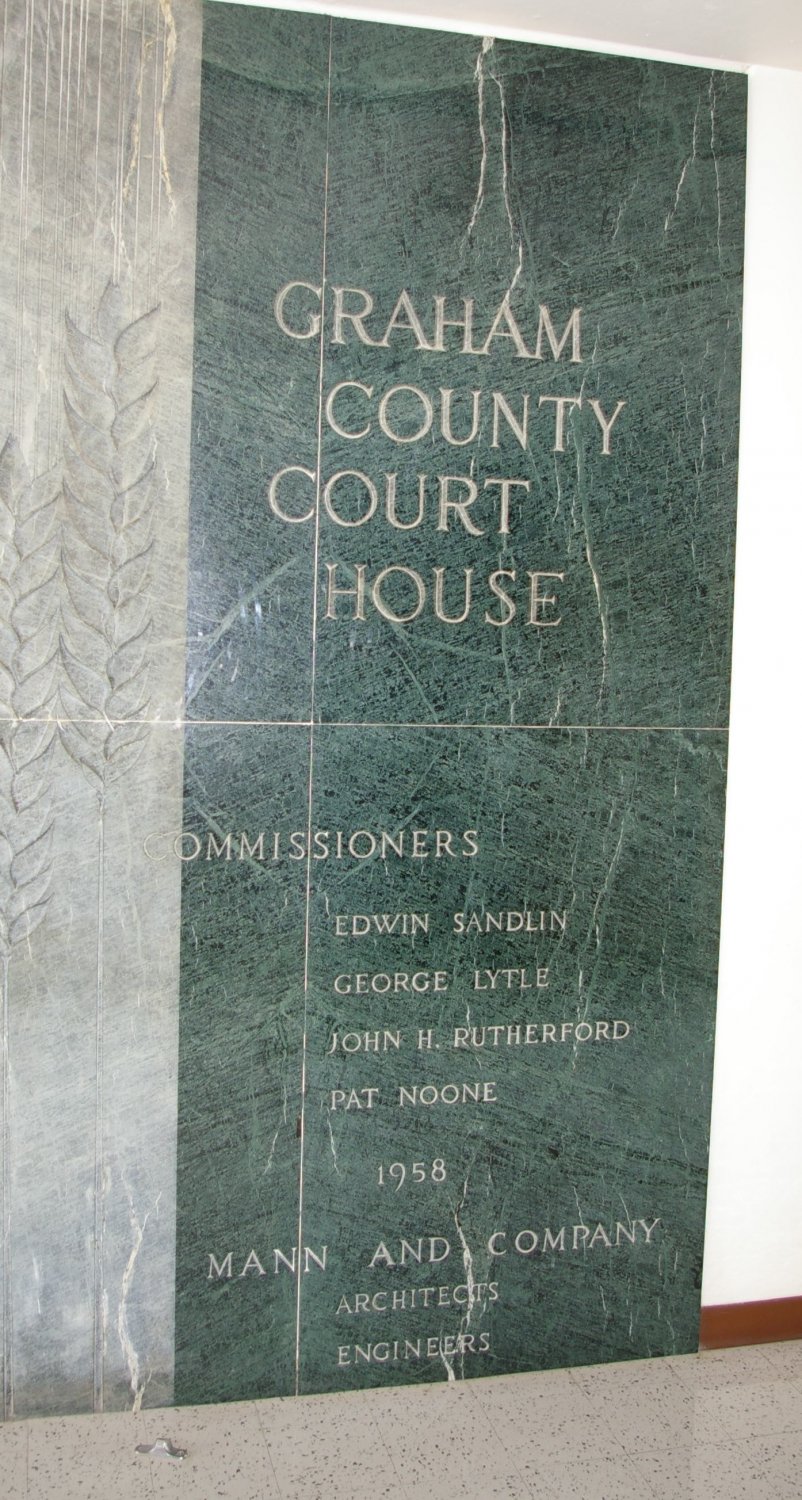