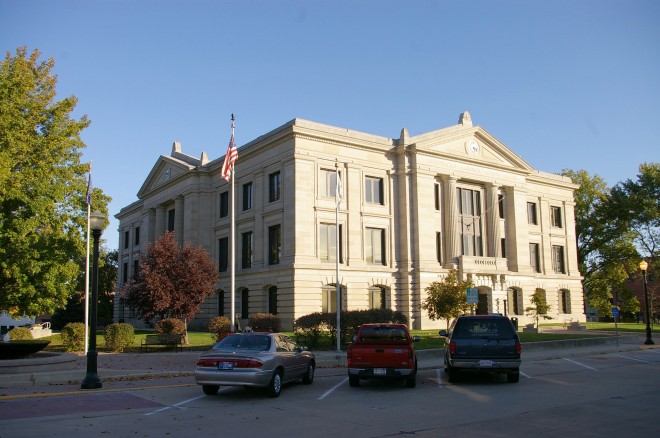 Hendricks County is named for William Hendricks, who was the Governor of Indiana when the county was formed. 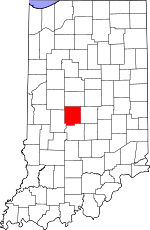 Description:  The building faces north and is a three story stone and concrete structure. The building is located on landscaped grounds in the center of Danville.  The building is constructed with Indiana limestone. The center section on each side has a portico with arched entrance and two arched windows on the first story and two large columns rising from a balcony on the second story, to the top of the third story with pediment on top. In the interior the center has a large rotunda with stained glass skylight. Other elements include woodwork, wall stencils, brass accents and faux finishes. The Circuit Court courtroom has a large mural commemorating George Rogers Clark’s 1779 Liberation of Vincennes, painted by Edgar Alvin Payne. The building houses the County Circuit Court and County Superior Court of the 16th Judicial District. The building was restored in 2004. 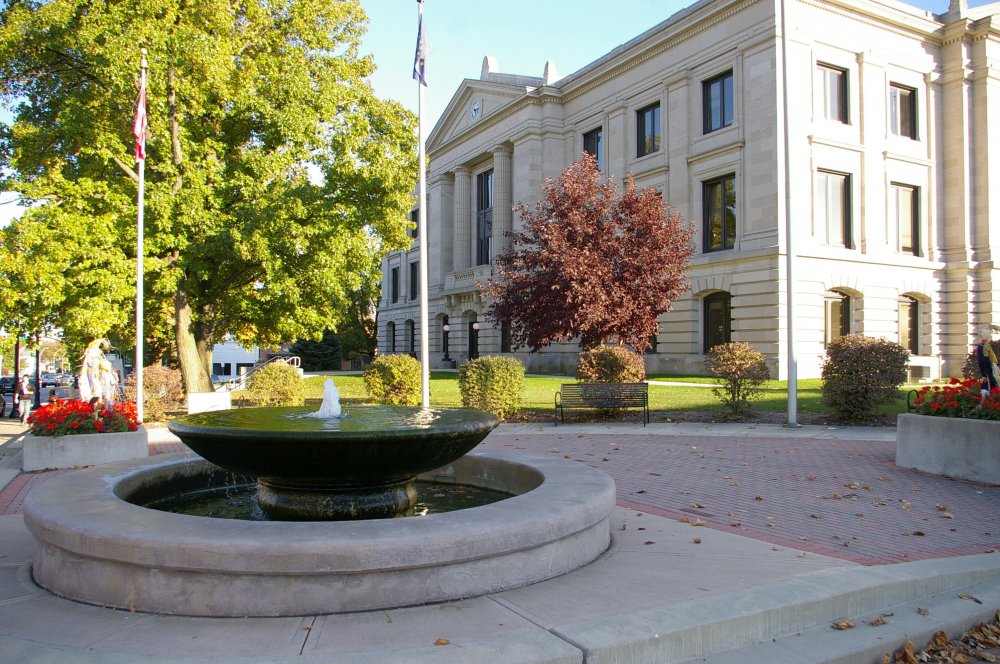 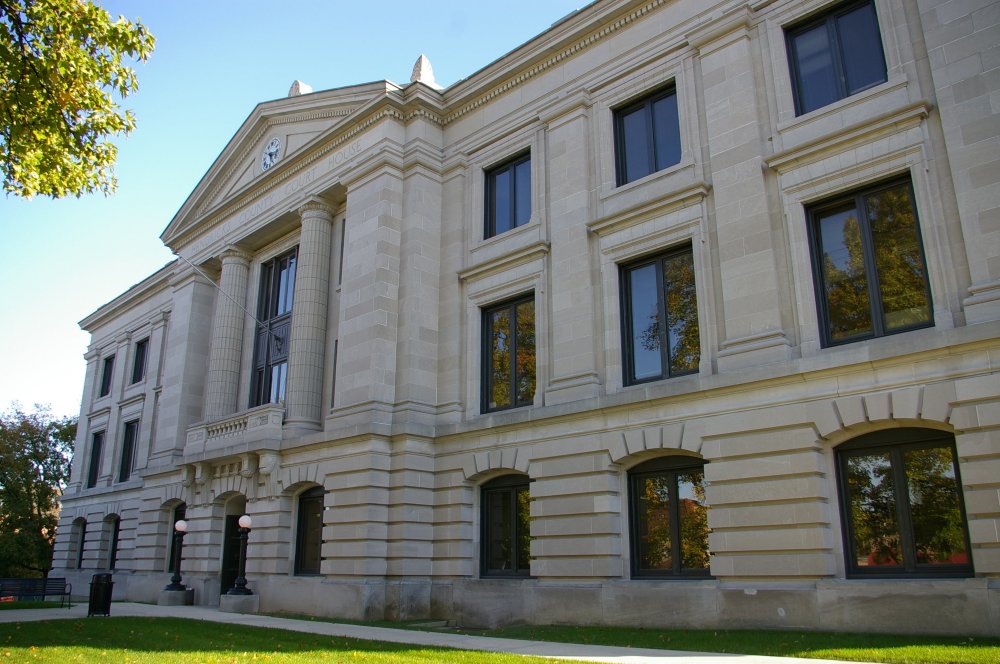 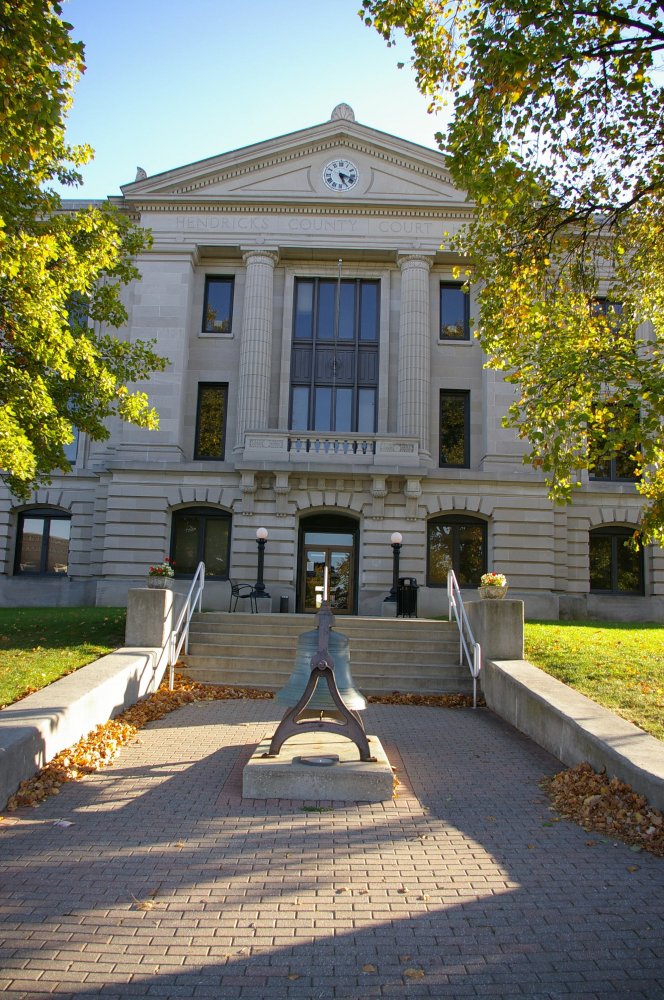 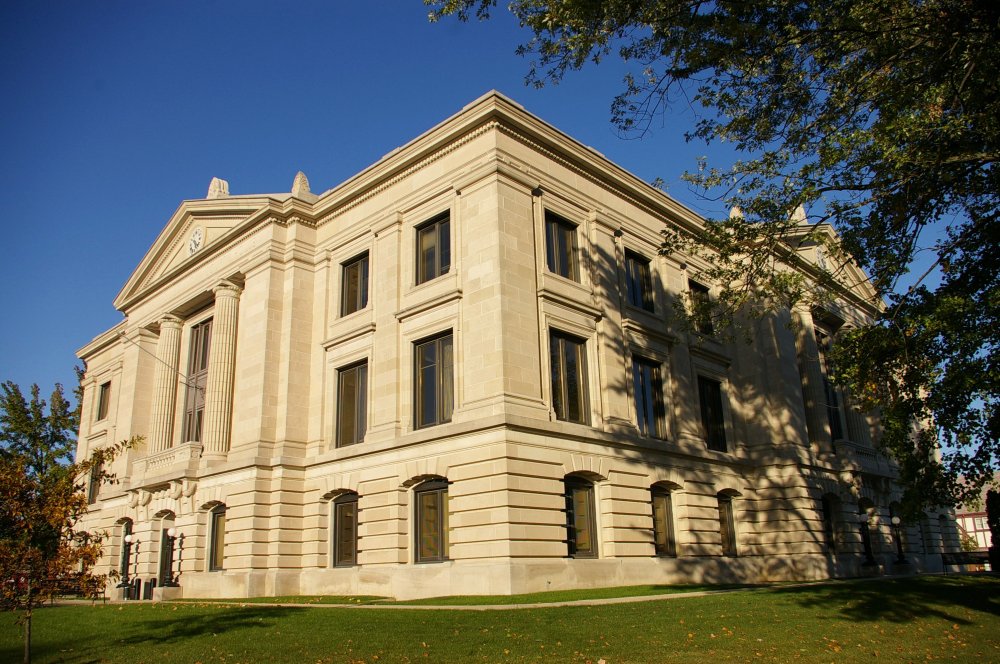 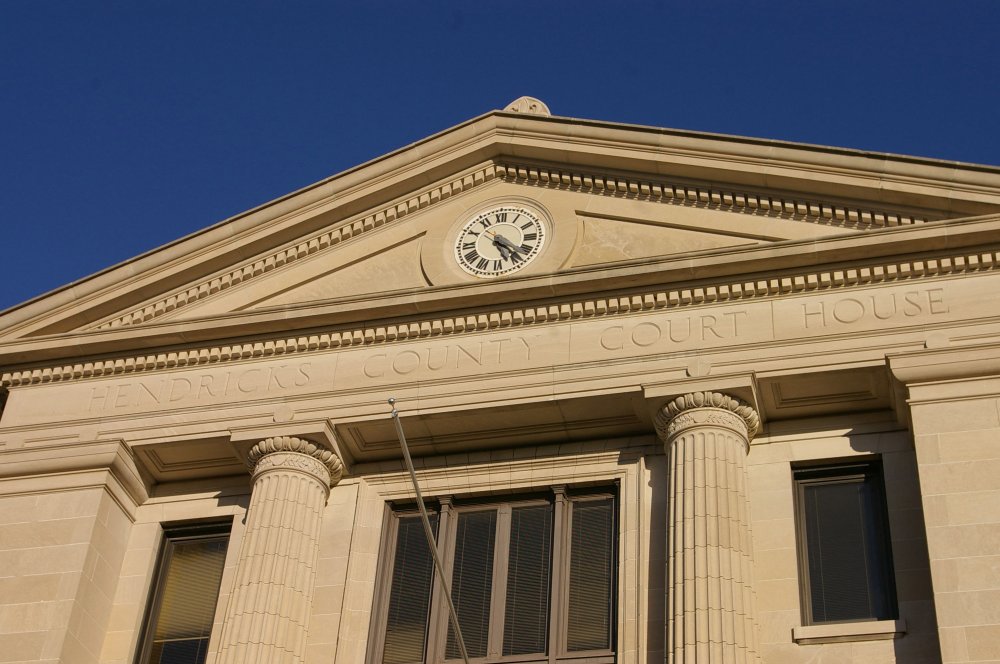 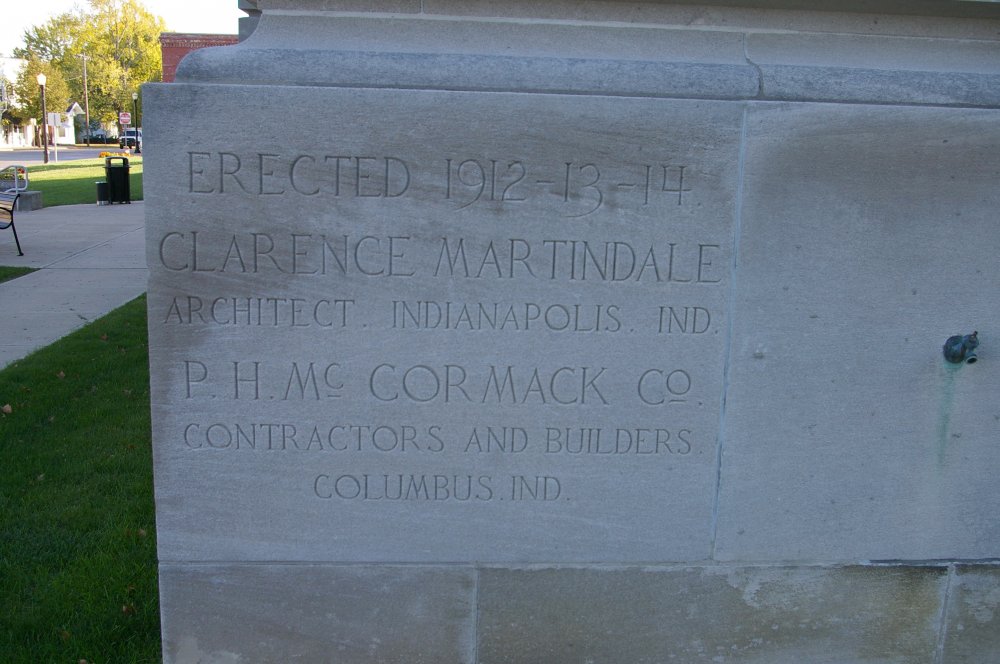