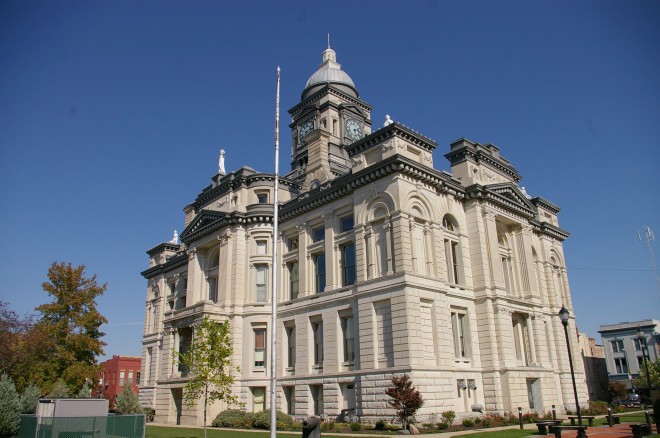 Clinton County is named for DeWitt Clinton, who was the Governor of New York from 1817 to 1823.

Description:  The building faces east and is a four story gray colored stone structure. The building is located on the landscaped grounds of the Courthouse Square in the center of Frankfort. On each side of the building are stone porticos rising to a pediment at the roof line. At each corner is a square stone tower with small square above the roof line. A wide cornice runs along the roof line. On the center of the roof is a square dome with clock and domed green colored roof. White colored statues adorn the top of the building. The interior is divided into quadrants by two central hallways, whose crossing creates a rotunda beneath the dome. On either side of the crossing were two spiral stairways which extended from the first story to fourth story. The staircase has a heavy walnut rail with stocky newels and balusters of Neo-Jacobean design. The interior is decorated in a classical vocabulary, with Roman Doric pilasters flanking openings whose enframements are recessed into the walls; egg and dart moldings are used in both the woodwork and the panels of the plaster ceilings. The second and third stories have also retained their original Minton tile floors. The major space of the interior is the third floor courtroom, which still retains its Corinthian pilasters and golden oak furniture, although the ceiling has been lowered.  The building houses the County Circuit Court and the County Superior Court of the 12th Judicial District. 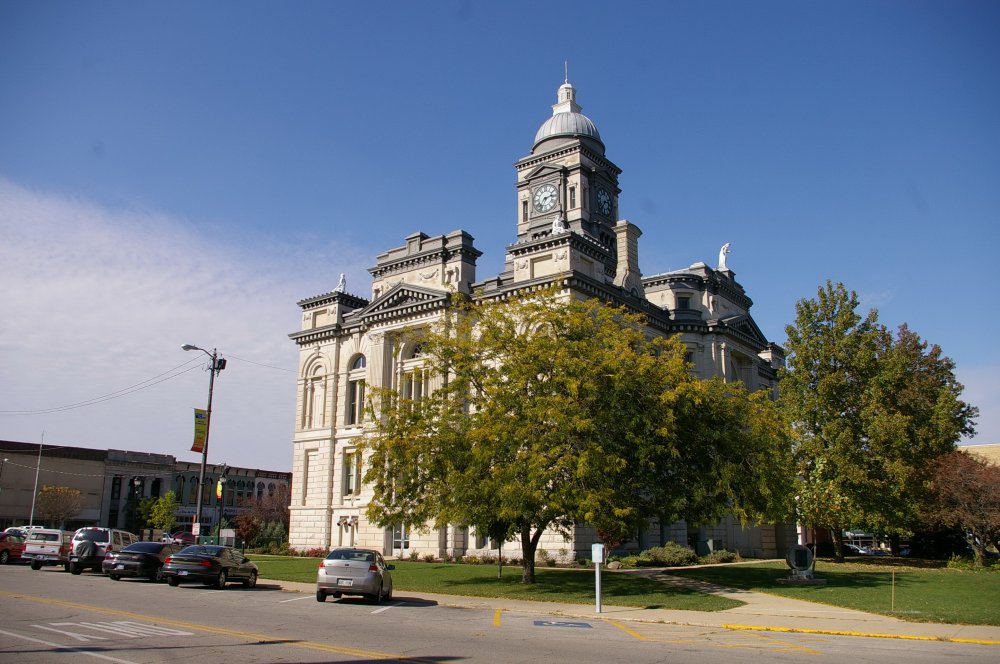 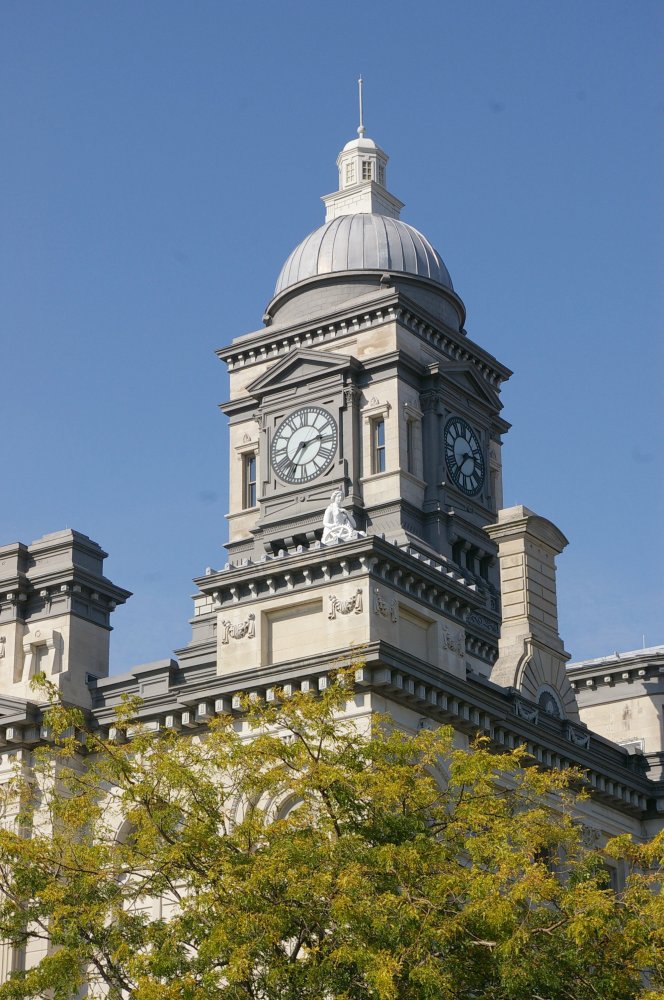 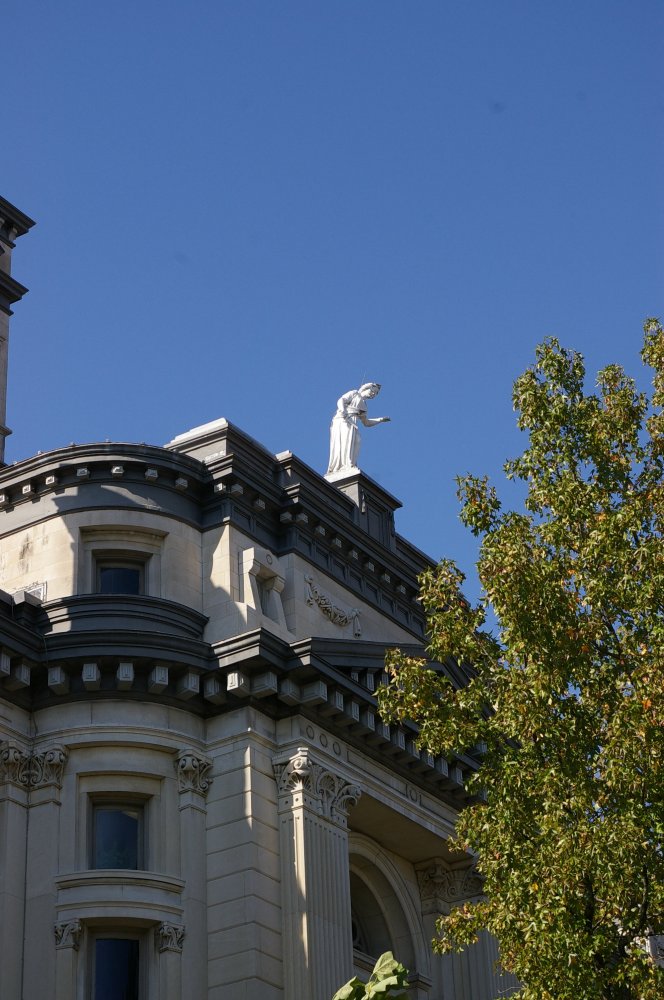 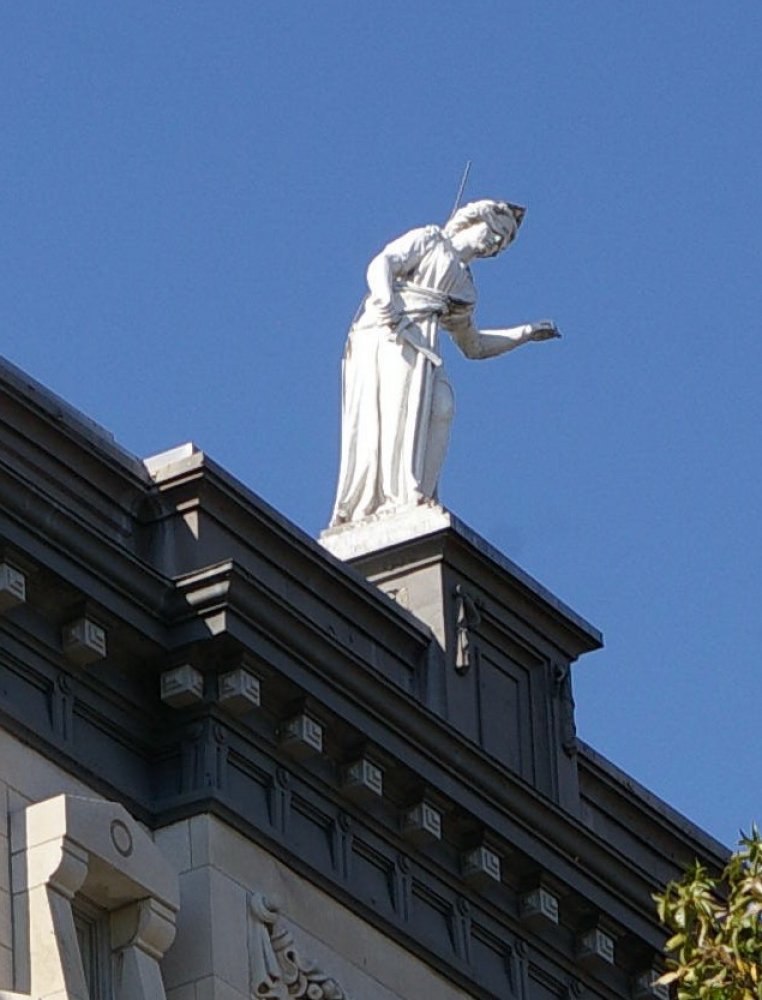 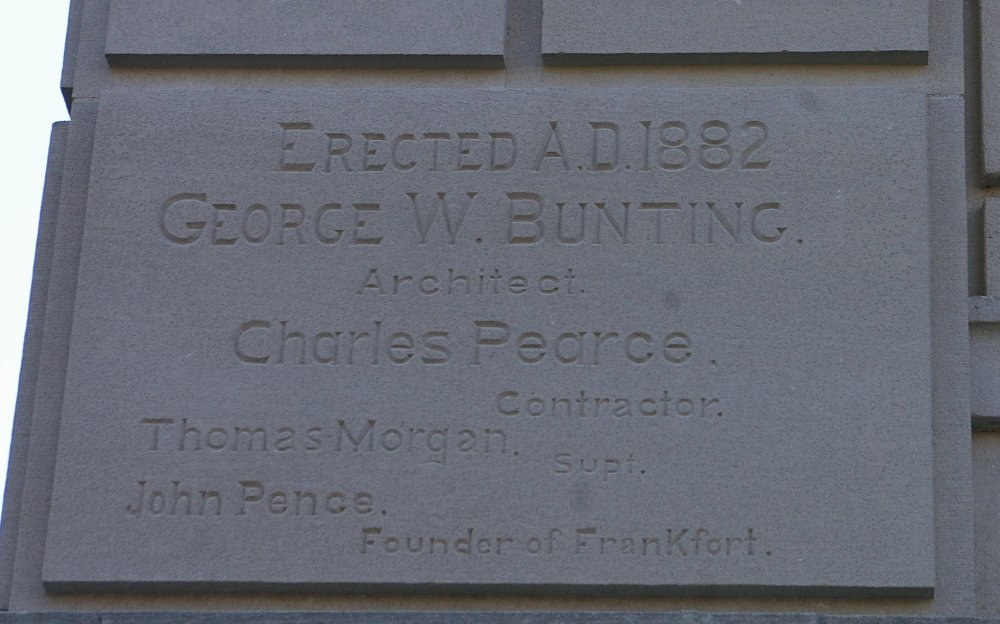 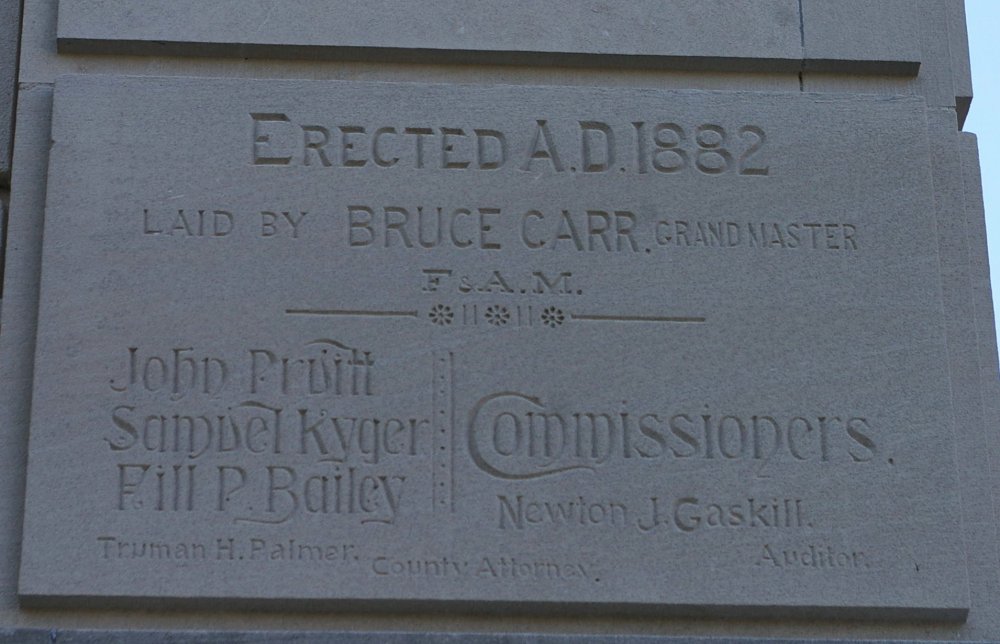