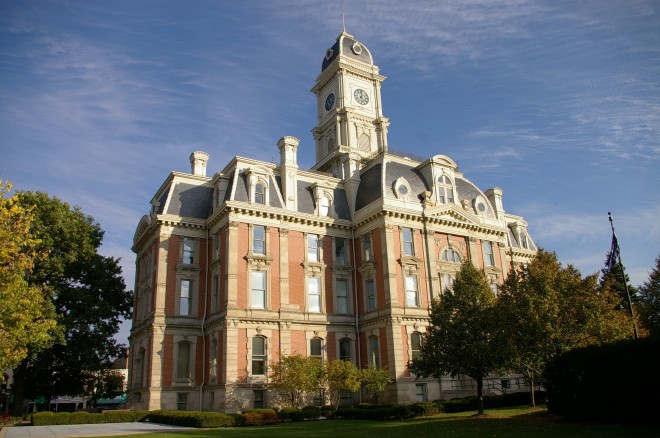 Hamilton County is named for Alexander Hamilton, who was the first United States Secretary of the Treasury.

Architect:  Edwin May of Indianapolis

Description:  The building faces east and is a three story red colored brick structure. The rectangular shaped building is located on landscaped grounds in the center of Noblesville. The center sections on each side of the building extend from the main building. There is stone trim along the corners and vertical bans along the building. A wide cornice runs along the roof line with a mansard roof with dormer windows above the cornice. On the center of the roof is a high square clock tower with black colored roof. The building was remodeled in 1993. The architect was Browning Day Mullins Dierorf and the contractor was Toth-Ervin, Inc. On the west side is the old brick Sheriff’s Residence with attached Stone Jail which houses a museum. 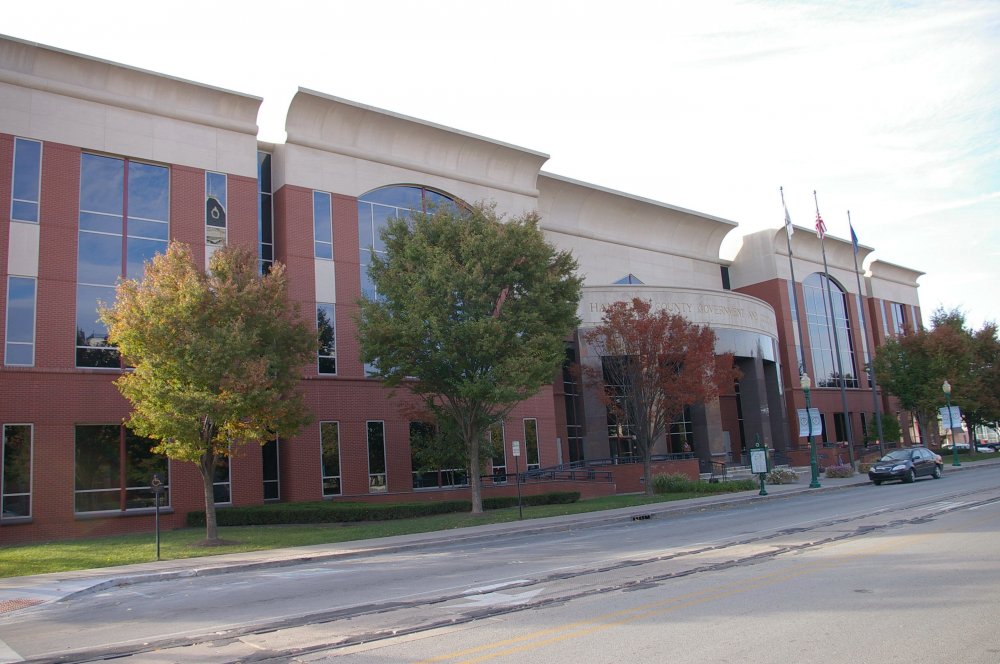 Description:  The building faces east and is a three story red colored brick, concrete and glass structure. The building is located on the landscaped grounds of the Courthouse Square in the center of Noblesville on the west side of the courthouse. The east front has a large semicircular portico with six stone pillars. A cream colored band runs below the flat roof line. The building houses the County Circuit Court and the County Superior Court of the 12th Judicial District. The building is named as the County Government and Judicial Center. 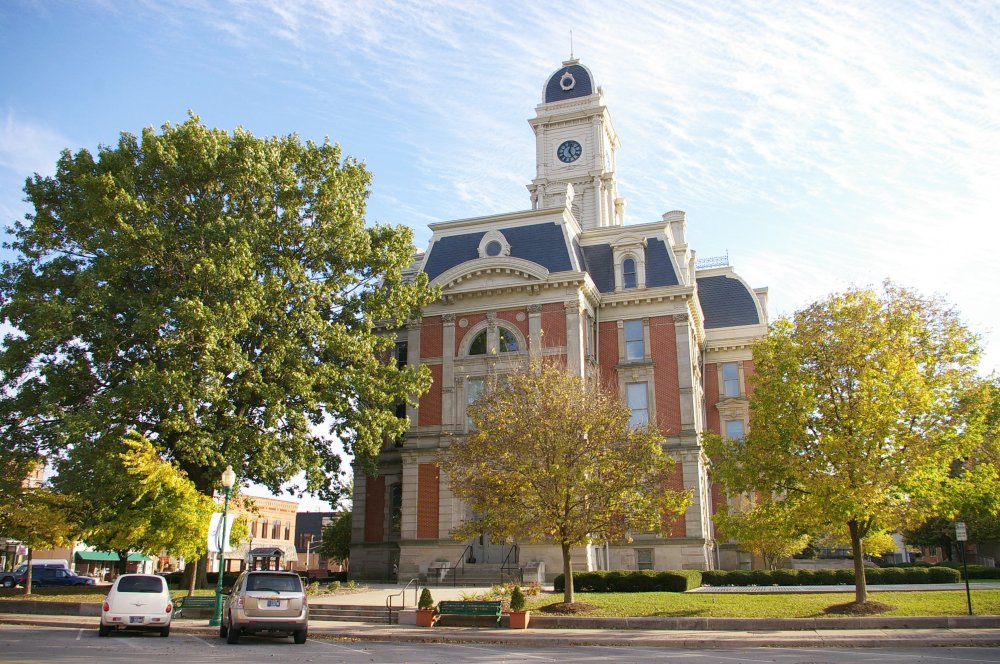 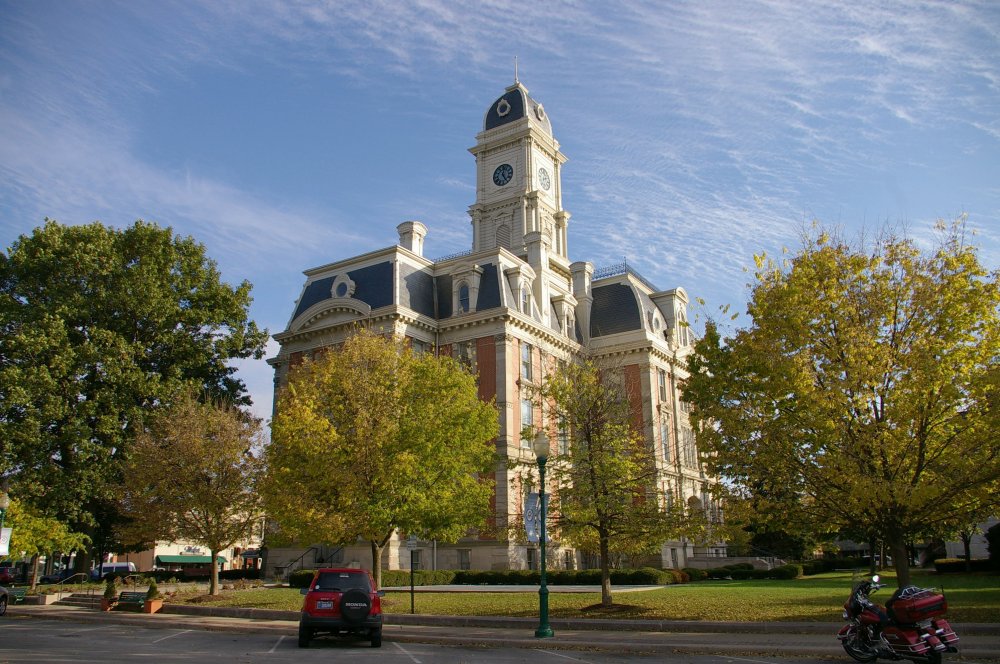 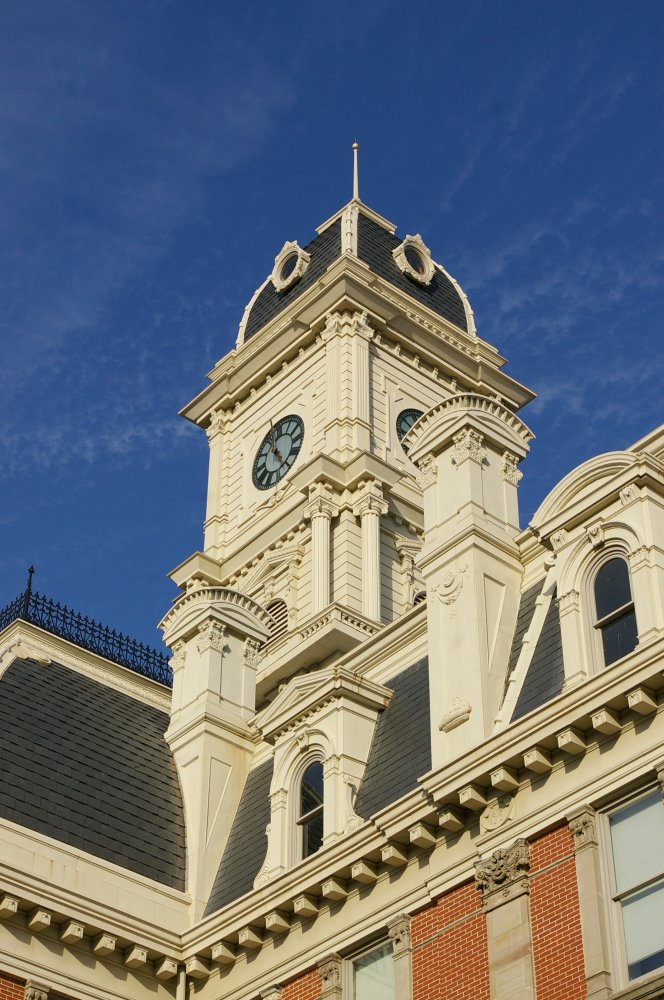 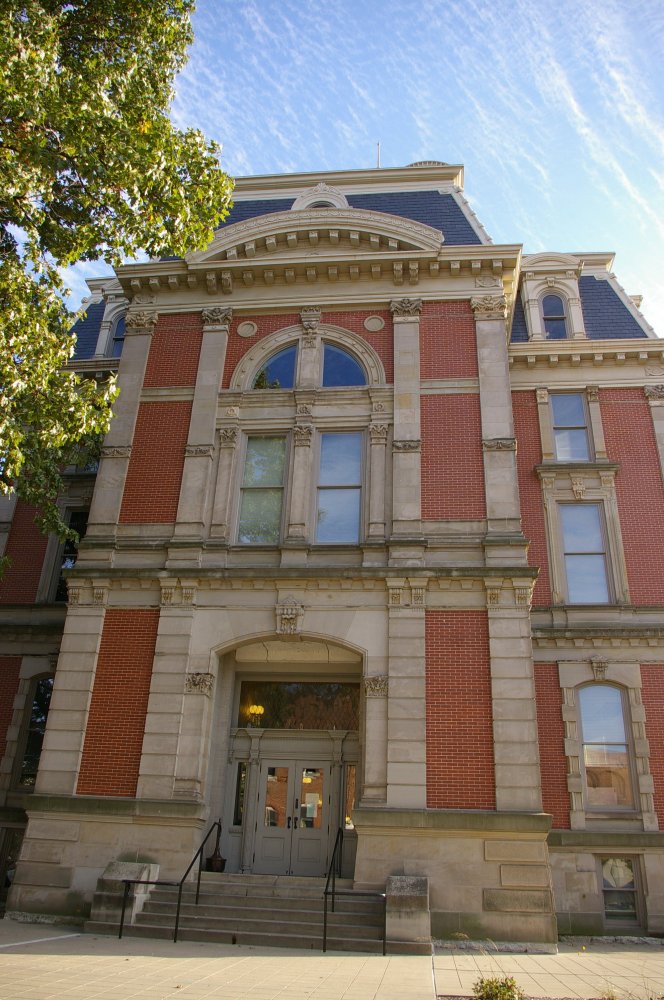 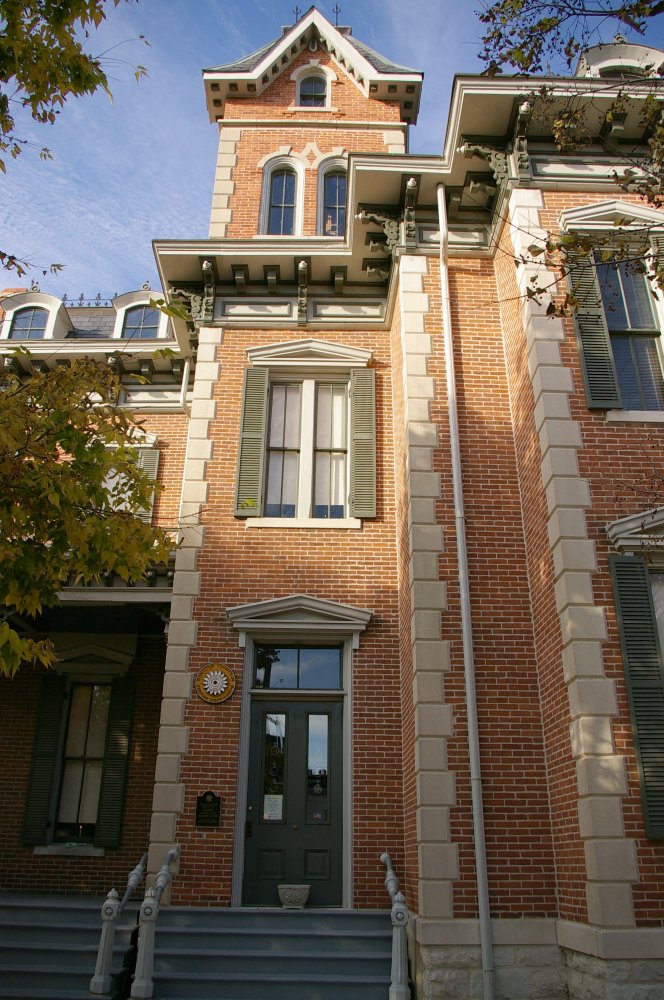 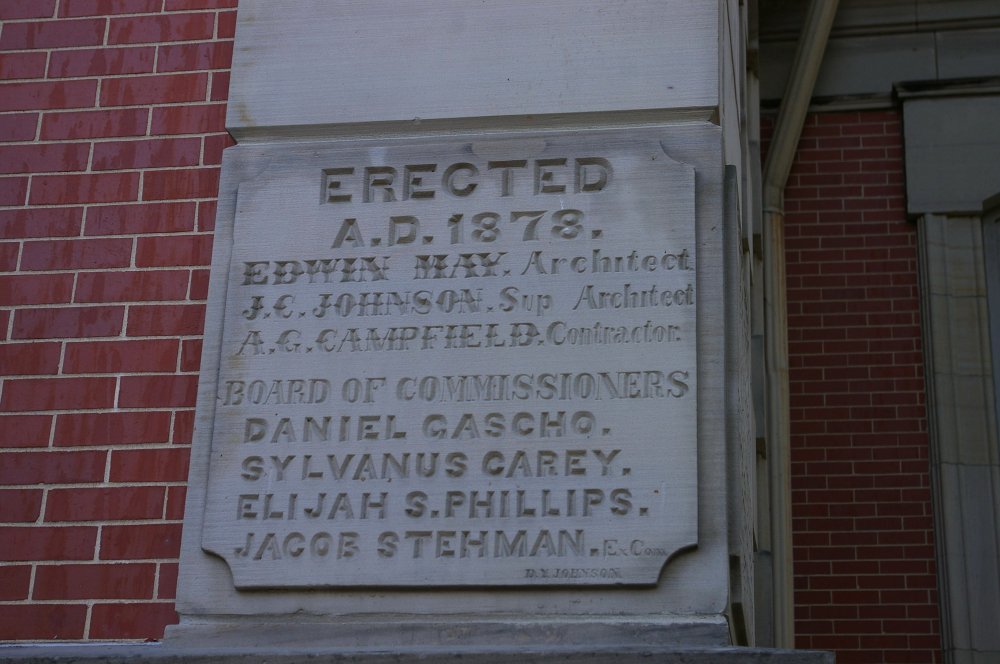 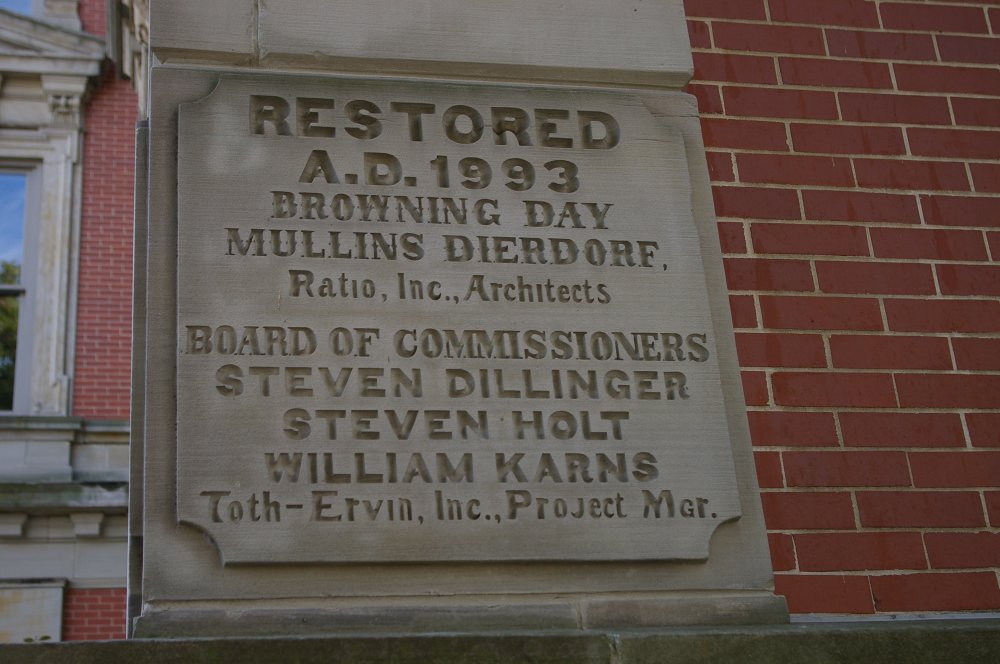 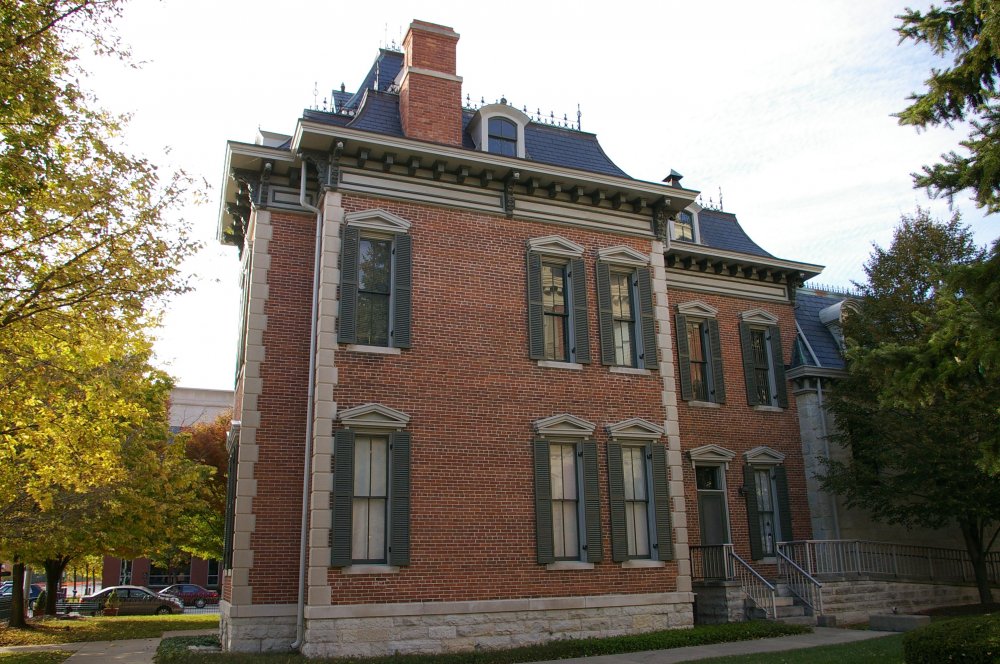 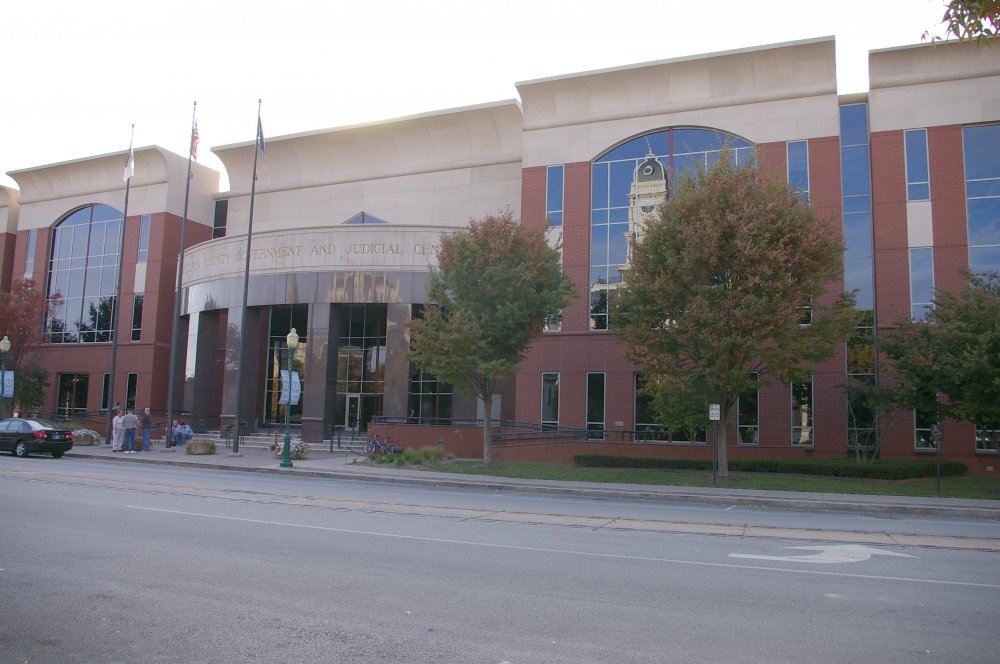 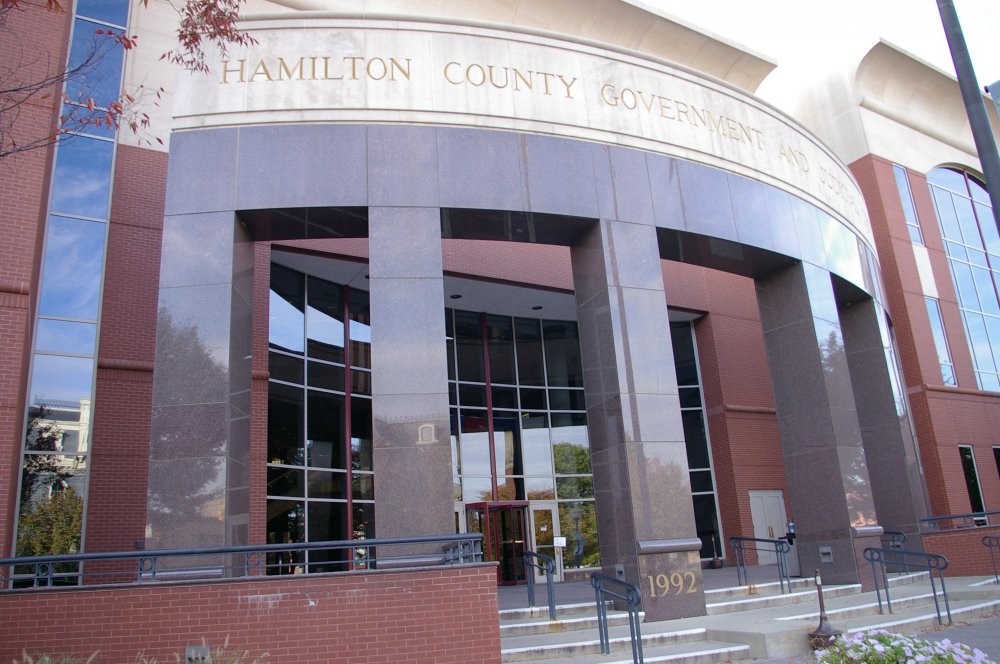 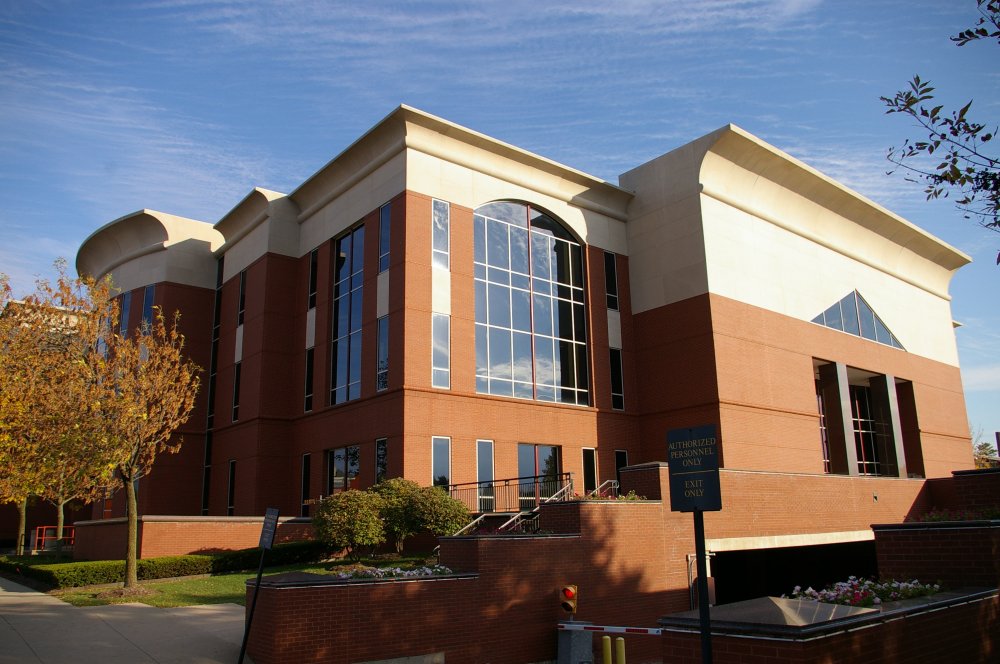 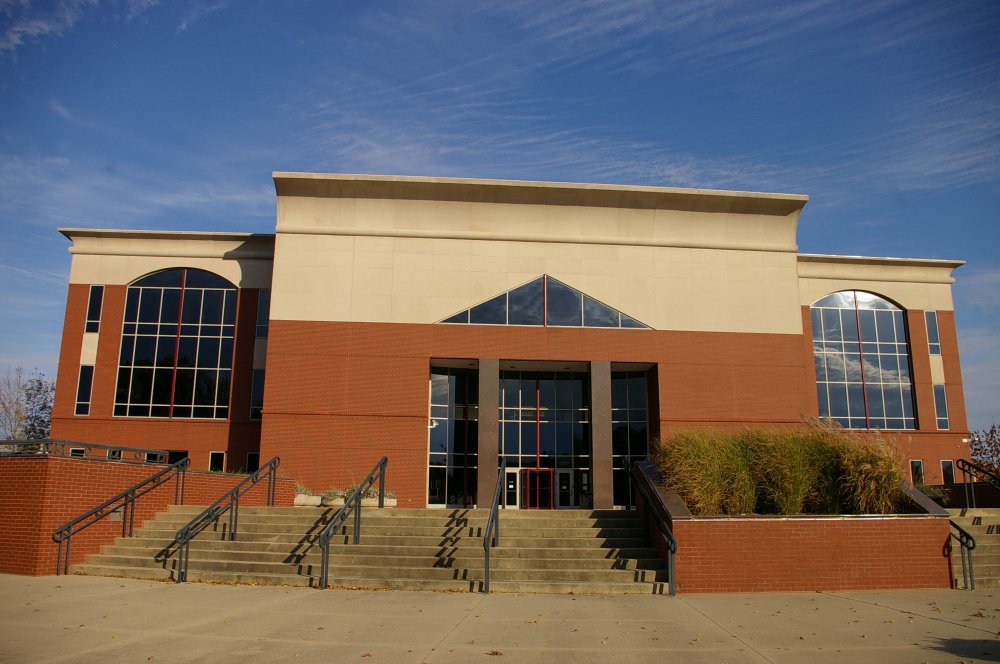 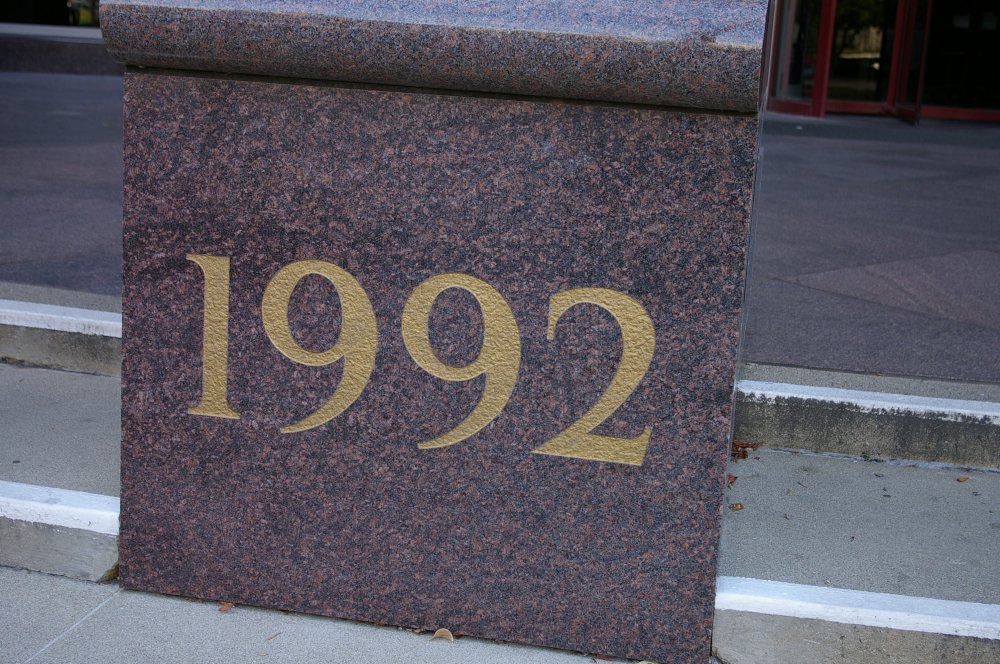