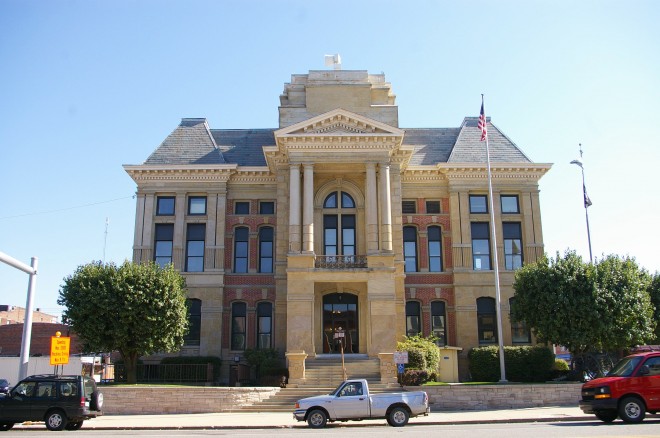 Montgomery County is named for Richard Montgomery, who was a military general killed at the Battle of Quebec, and who lived from 1736 to 1775. 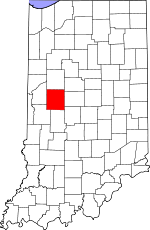 Description:  The building faces west and  is a two story buff and light red colored brick and stone structure. The building is located on landscaped grounds in the center of Crawfordsville. The building has a raised basement. The front portico has four columns rising from the second story to the pediment at the roof line. The north and south wings project slightly from the main building. Above the pediment is a large square where the tower was formerly located. The interior had high ceilings and wood wainscoting and framed doors. The courtroom is located on the second story. The roof is hipped. The building houses the County Circuit Court and the County Superior Court of the 11th Judicial District. The building was renovated in 1941. The building was further renovated in 1986. The architect and contractor was H Stewart Kline & Associates, Inc. of Lafayette.

Note:  In 1825 a contract was issued to Henry Ristine to cut trees and pick up chips from under the courthouse so that “hogs would not find a comfortable place in which to make their beds”. 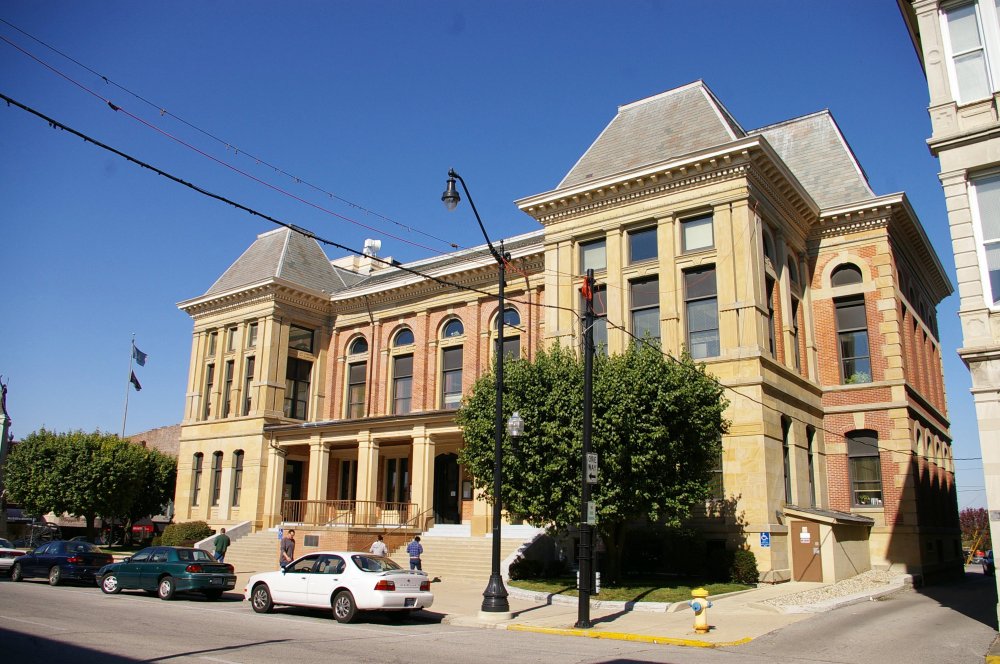 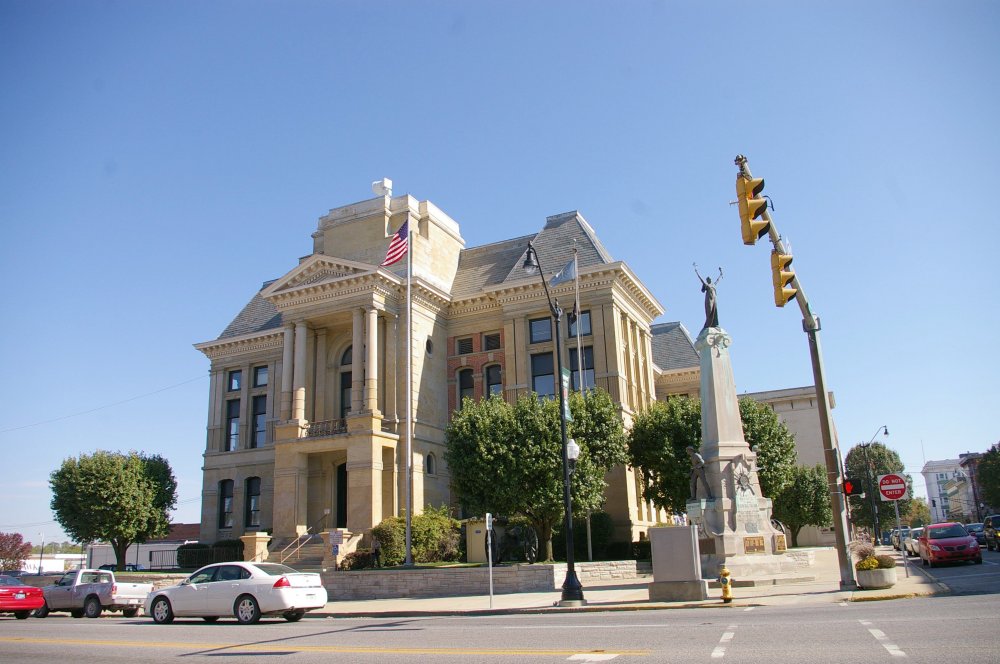 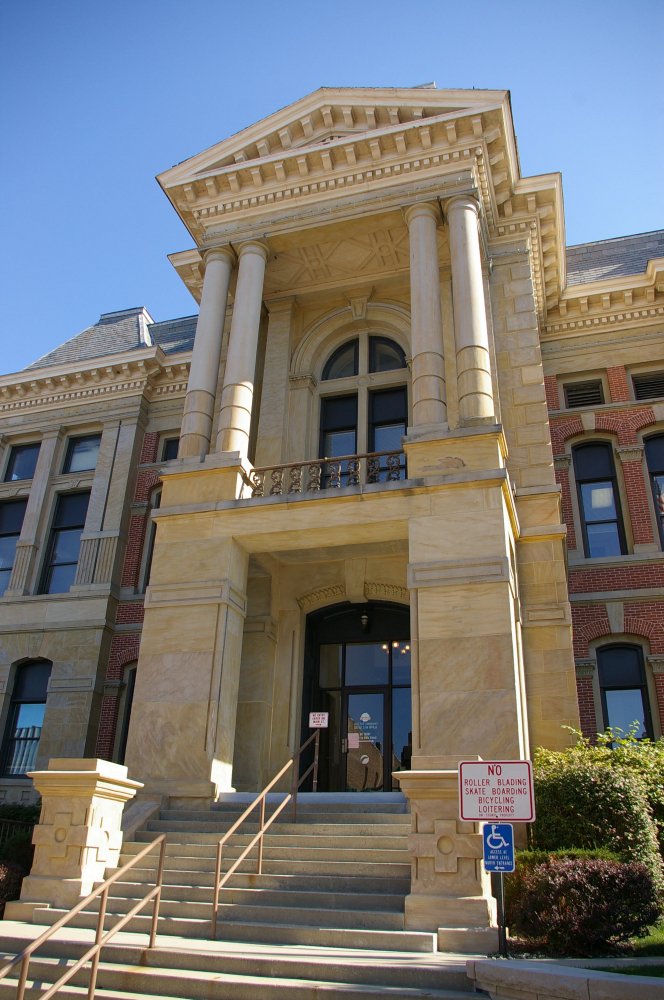 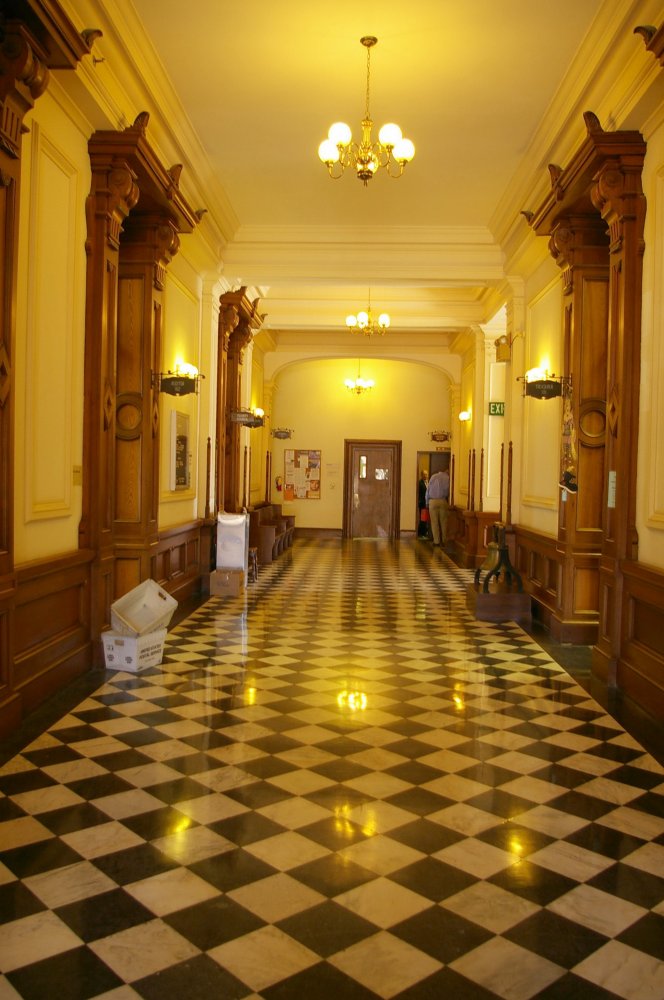 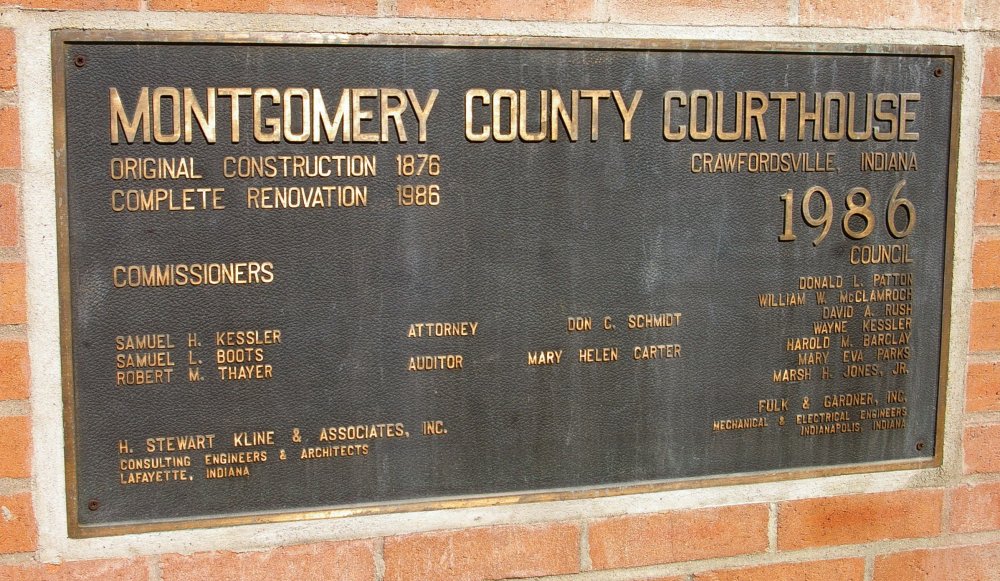 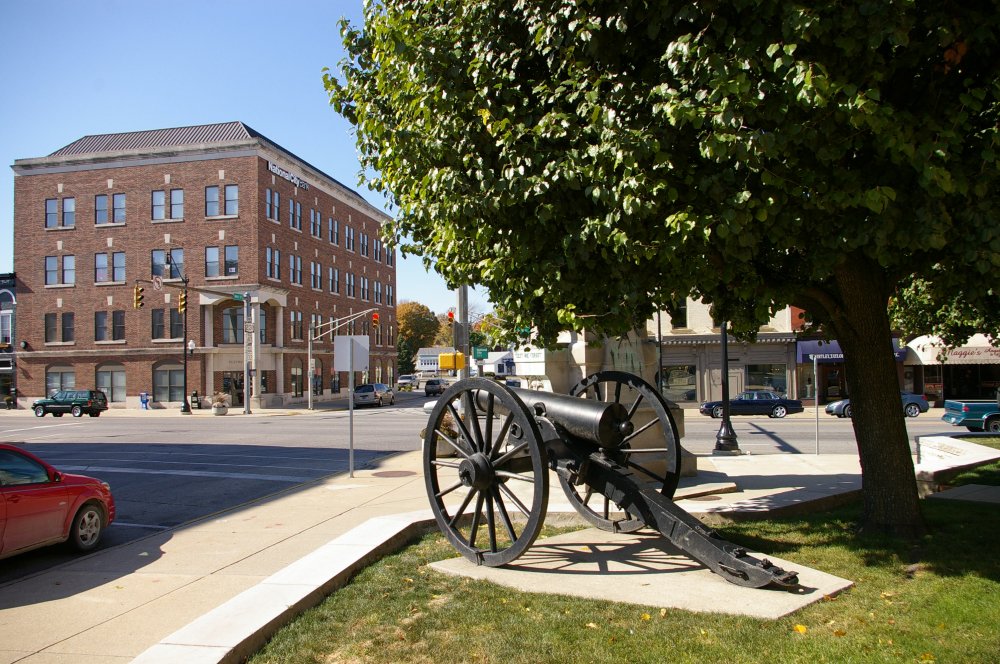