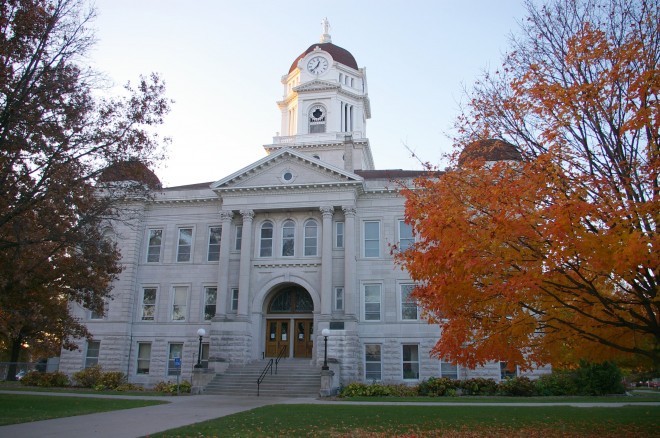 Hancock County is named for John Hancock, who was a soldier in the American Revolutionary War, and who was the first signer of the Declaration of Independence.

Description: The building faces north and is a three story gray colored stone and concrete structure. The building is located on the spacious landscaped grounds of the Courthouse Square in the center of Cartage. Built of white colored Bedford stone from Indiana, the building is topped with roof of red colored Spanish tiles. The north front has a large portico rising from the second to third story. A stone arch frames the entrance on the second story and above the entrance are three arched windows. The pediment at the roof contains a small round window. On the roof centre is a large octagonal dome with clock at the top and a statue of Justice. On each of the corners are domes. On the interior, a four-foot wainscoting of Tennessee marble lined the walls of the corridors. The steps and risers are also marble and the floors of mosaic marble. The dome over the rotunda and the courtroom on the second story are of fish scale art glass. Above the staircase leading to the third story is an art glass window depicting “Justice”.  The building houses the County Circuit Court of the 9th Judicial Circuit. To the northwest is the Old County Jail located at 305 Walnut Street and North Fayette Street.

See:  The archiect Joseph Eldred Mills also designed courthouses in Iowa in Harrison County and Muscatine County and in Michigan in Sanilac County. 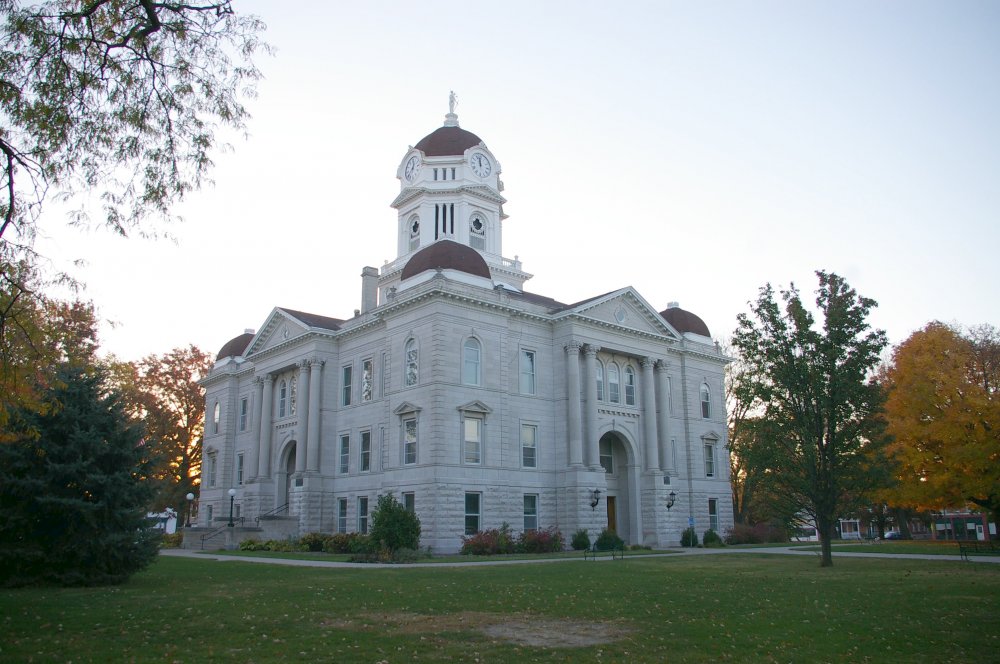 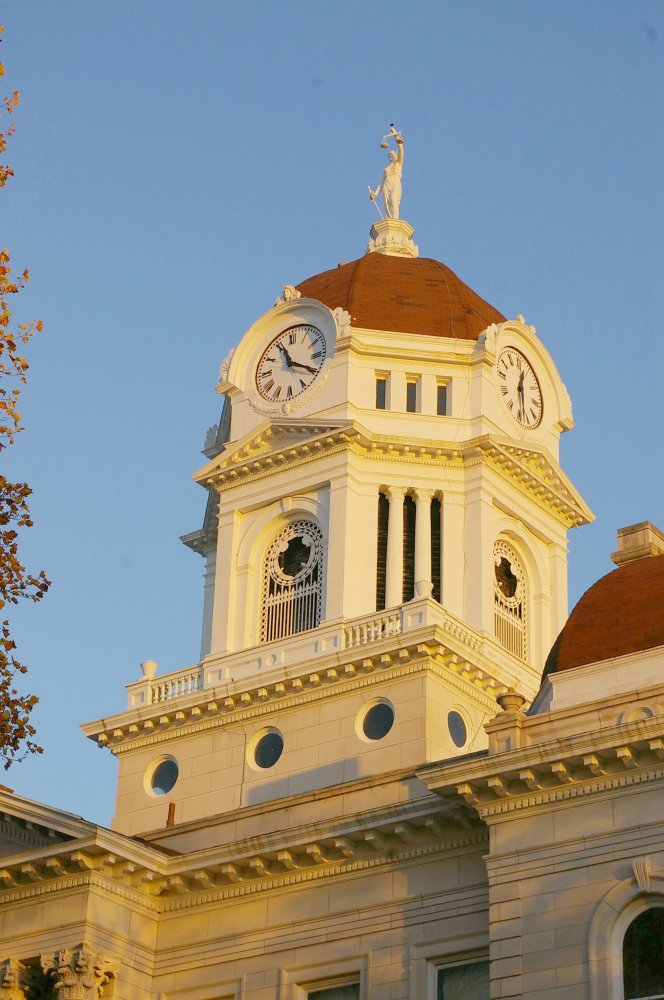 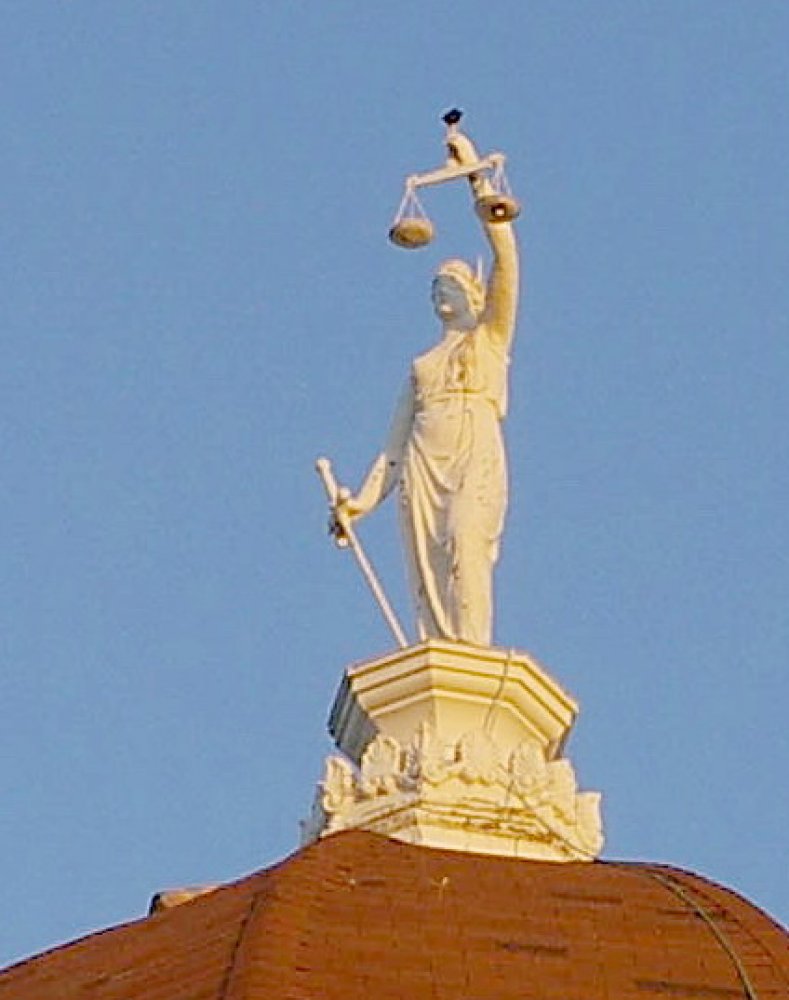 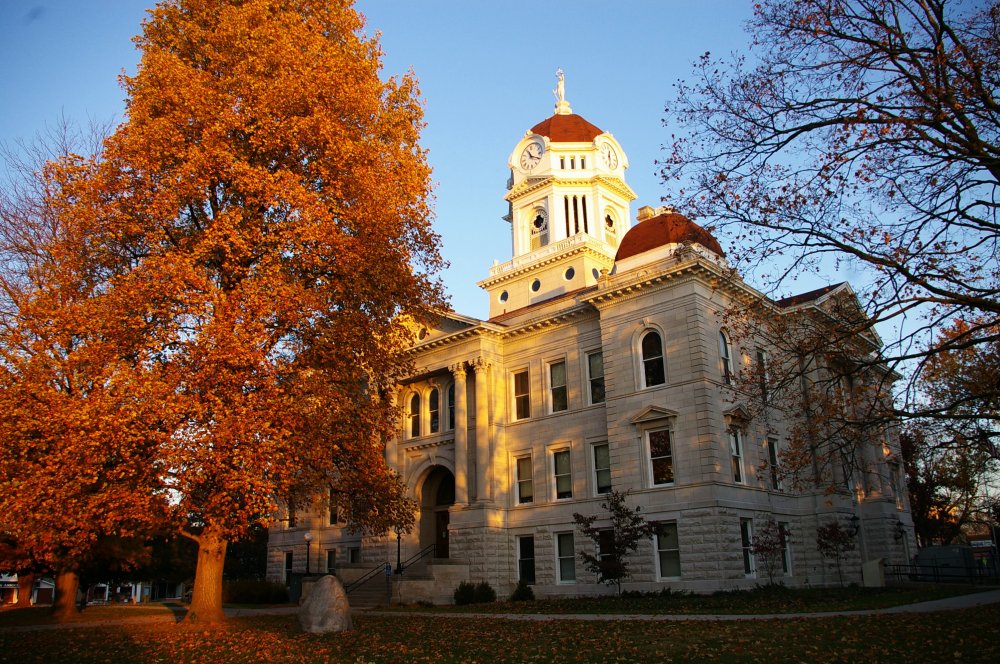 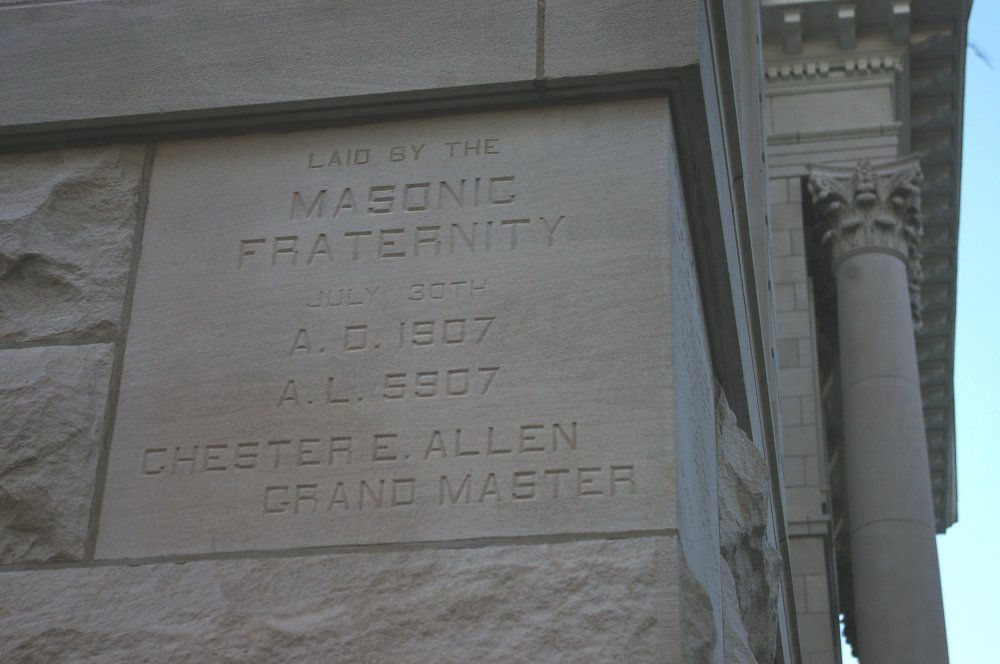 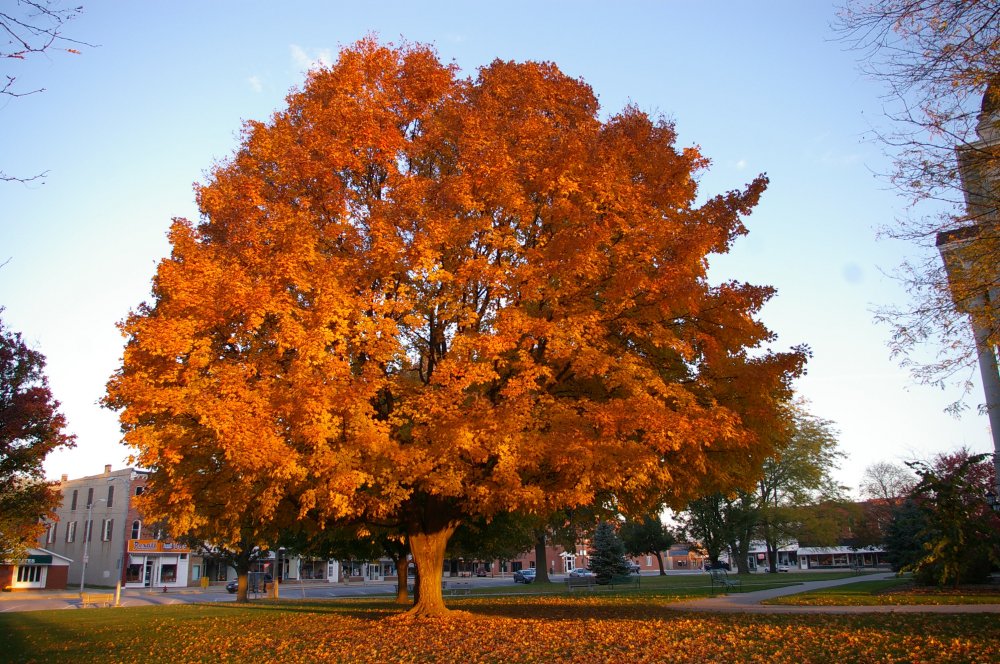 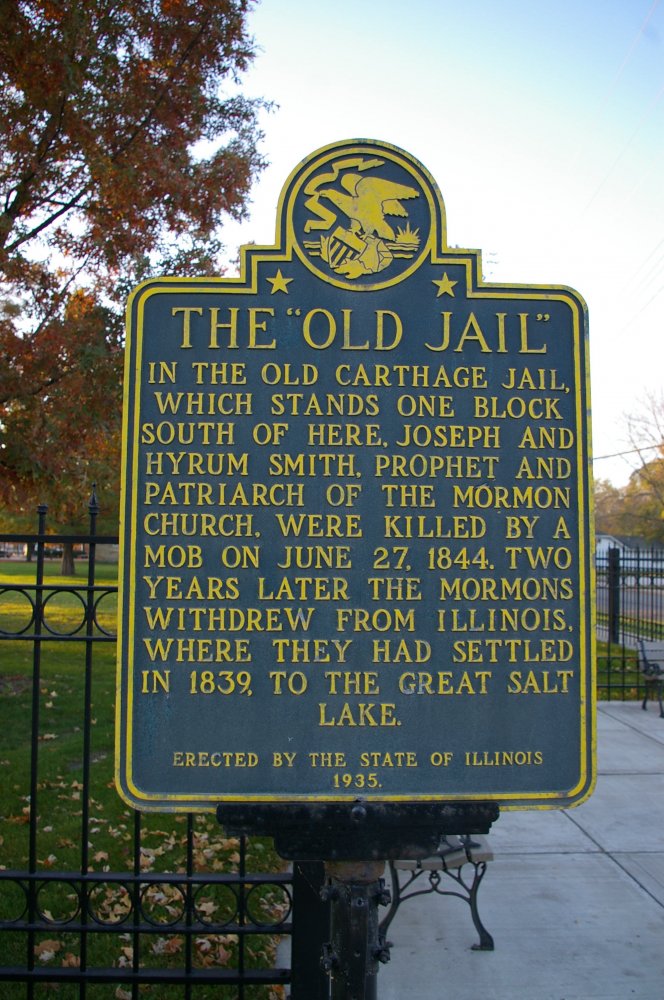 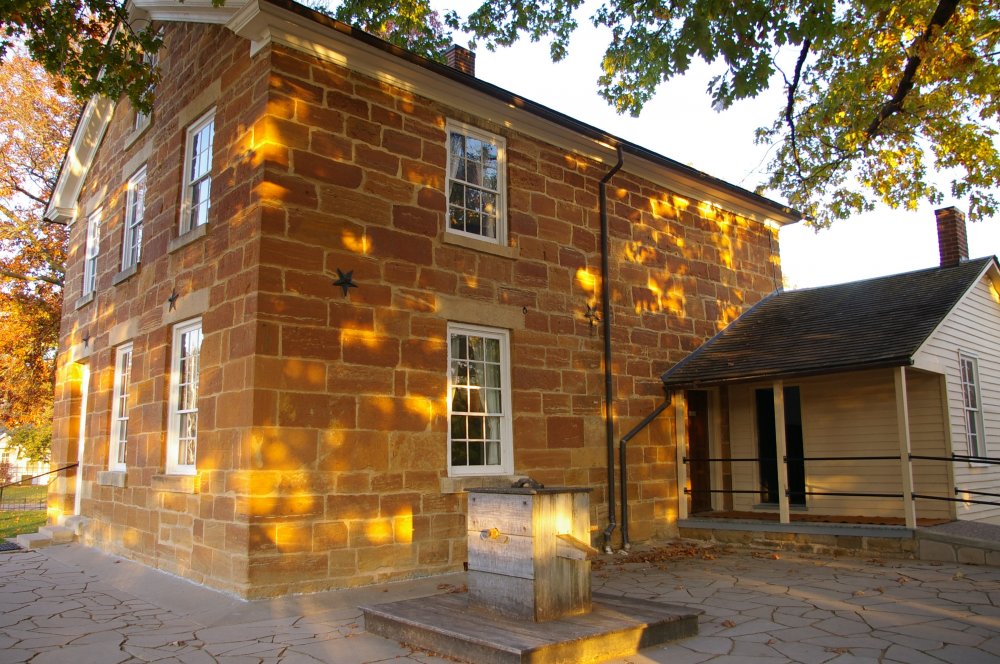 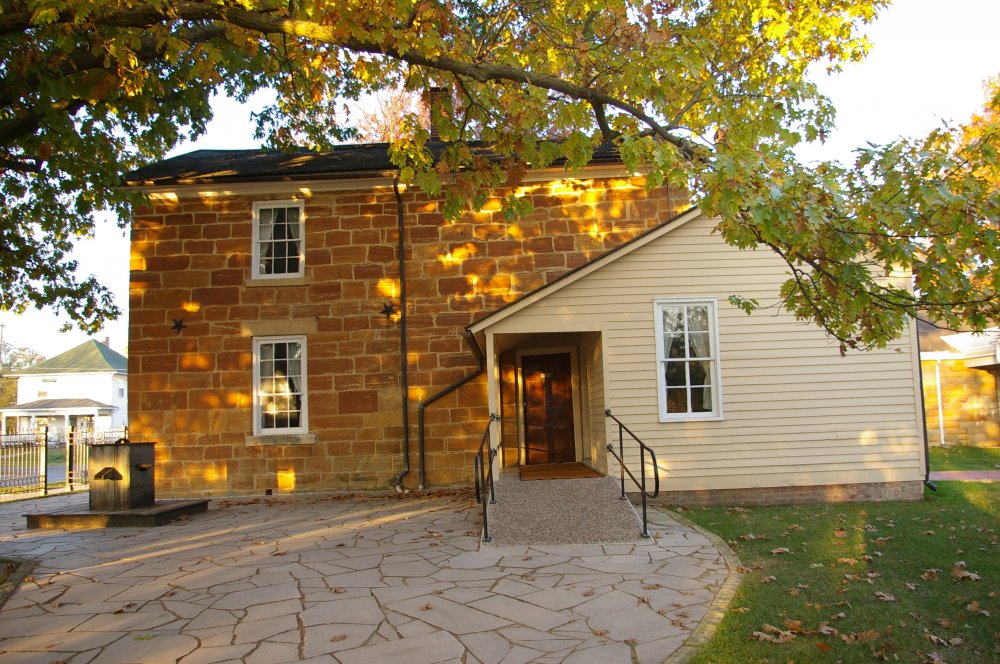