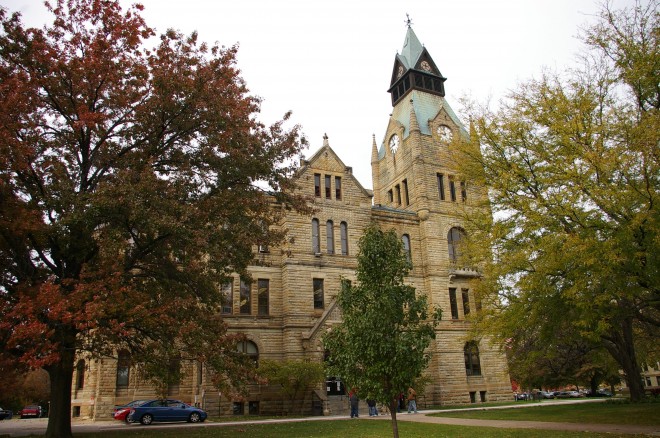 Knox County is named for Henry Knox, who was a hero of the American Revolutionary War and was a Secretary of State under President George Washington. 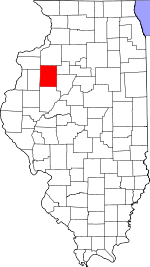 Description: The building faces east and is a three story buff colored brick structure. The building is located on spacious landscaped grounds in the center of Galesburg with Standish Park on the west side. The east front has arched entrance. On the northeast corner is a large square tower rising five stories to clock with turrets on the corners and steep green colored roof which rises to a square top with smaller roof. The roof is hipped. The building houses the County Circuit Court of the 9th Judicial Circuit.

See:  The architect, Elijah E Myers of Philadelphia, also designed the now demolished courthouse in Seneca County, Ohio and in Illinois in Macoupin County and McDonough County in Indiana in Grant County and in Ohio in Lorain County. Description: The building faces south and is a two story red colored brick structure. The building is rectangular and located on spacious grounds in the center of Knoxville. The south front has a large porch with four large white colored columns rising to a pediment at the roof line. The fluting on the exterior of the Doric columns is made out of plaster. On the second story is a balcony. On the center of the roof is an octagonal white colored cupola. Most of the interior woodwork is original made of pine and butternut. The old courtroom is located on the second story. The building was remodeled in 1858 by Zelotes Cooley of Hancock County. Description: The building faces south and is a one story red colored brick structure. The building is located on spacious grounds in the center of Knoxville with the old courthouse on the east side. The south front has a projecting center section with framed entrance and pediment at the roof line. The walls are thick to provide a fireproof building. A wide cornice runs below the roof line. The building became the Public Library and is now the Knoxville City Hall.

History:  The county was created in 1830 and Knoxville was selected as the county seat in 1831. The first commissioners met at the home of Joh R Gum in Henderson which changed to Knoxville. The first courthouse was a two story log structure built in 1831 at a cost of $395. The second courthouse was constructed in 1839 to 1840 at a cost of $15,450 and is still standing. The Hall of Records was built in 1854 to 1855 and is still standing. The county seat was moved to Galesburg in 1873 and the third story of the Galesburg Opera House erected by Charles Brechwald in 1870 was urented. The building was destroyed by fire on December 30, 1886. The third and present courthouse was constructed in 1884 to 1886. 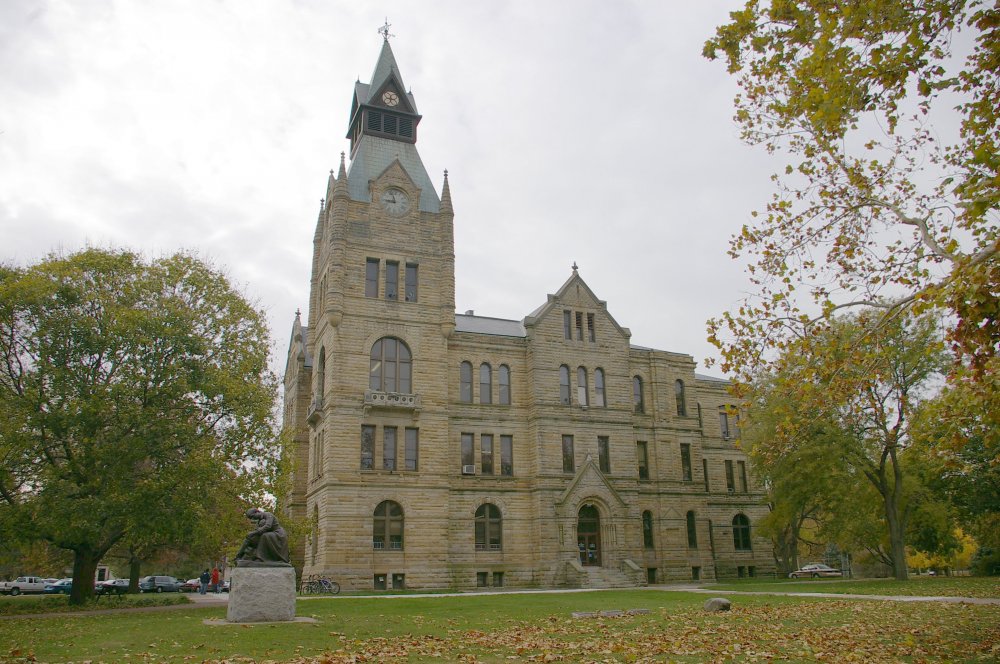 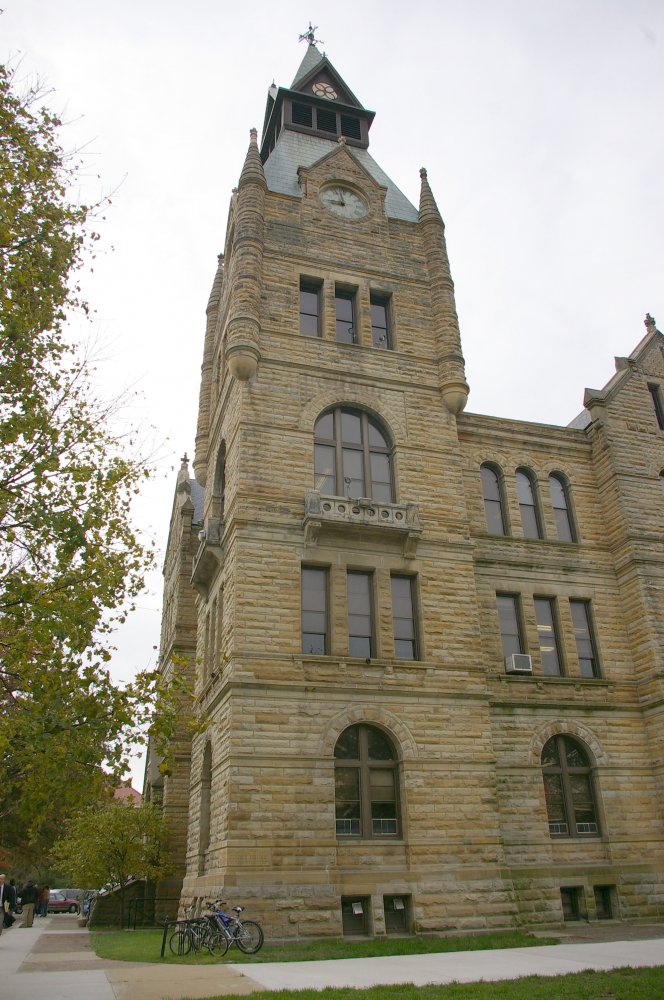 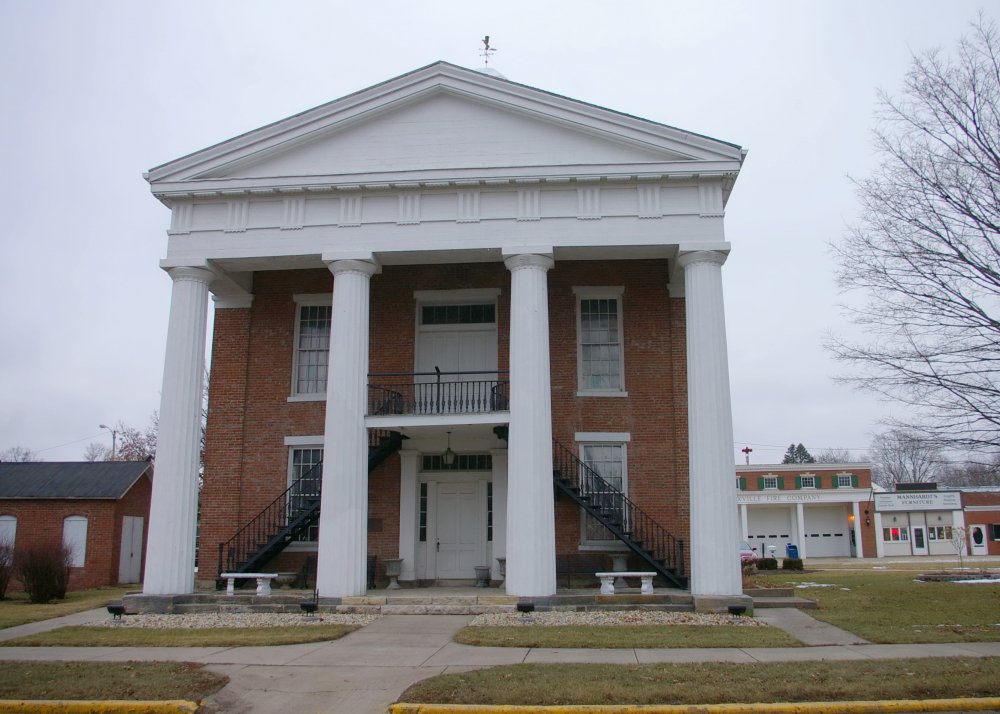 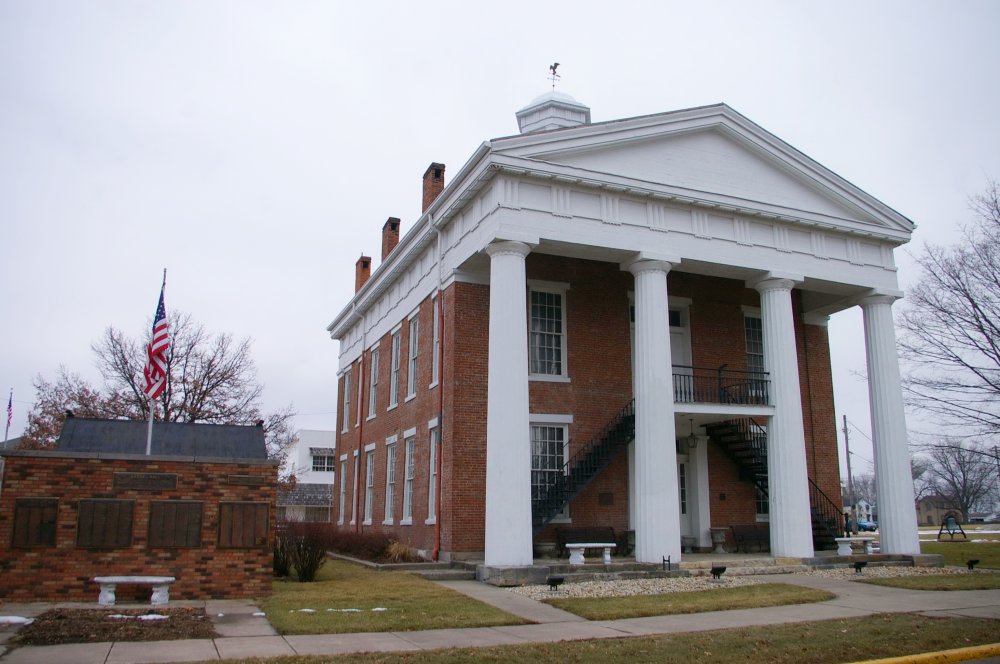 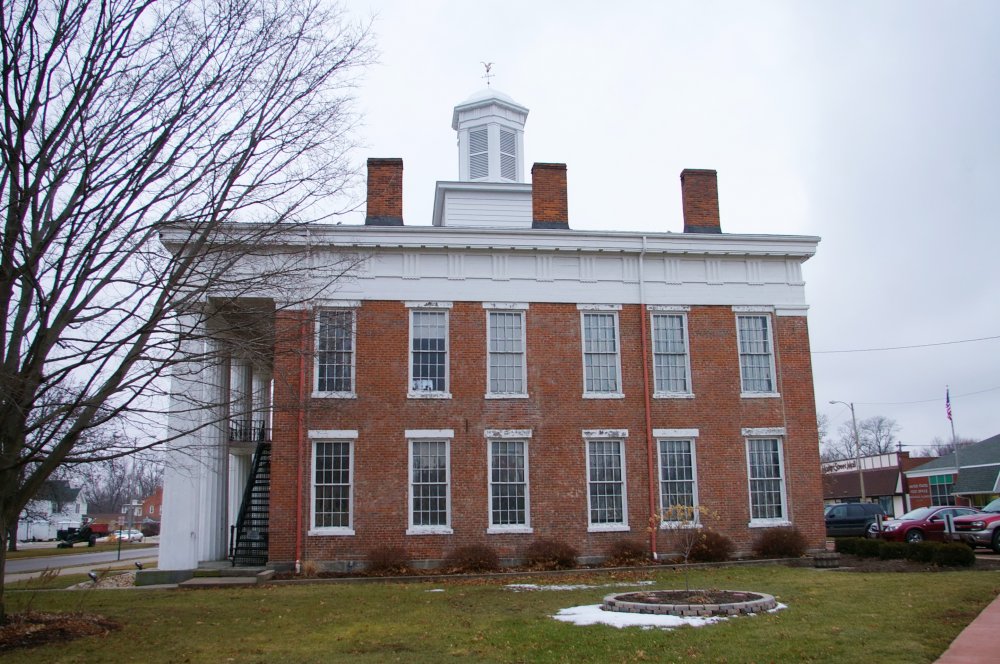