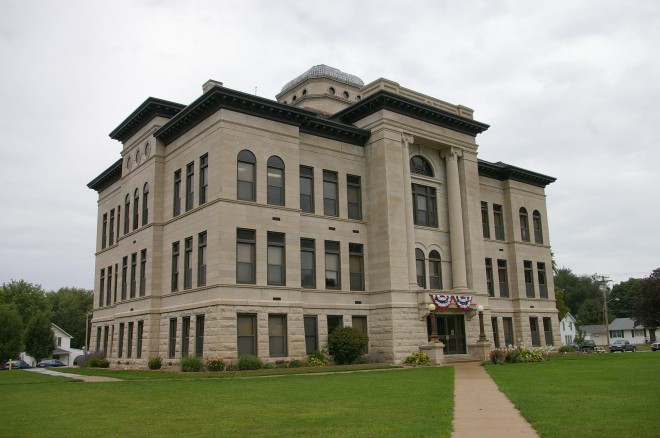 Harrison County is named for William H Harrison, who was the ninth President of the United States of America.

Description: The building faces east and is a three story Bedford limestone, buff colored brick and concrete  style structure. The building is located on landscaped grounds in the center of Logan. The building has a large rectangular protruding portico with recessed windows on the second and third stories. The north and south wings extend from the main building. The base of the building is course stone. On the center of the roof is square dome which is 77 feet from the ground. The interior is richly appointed. There is a lozenge-shaped rotunda rising to a dome at the roof, patterned title floors and a metal staircase. Four murals by Frank Enders of Milwaukee, Wisconsin are placed in the main stairway. They were all done on canvas that was attached to the wall. The murals portray the old courthouse in Magnolia, the first courthouse in Logan, a horn of plenty theme and Lady Justice. The County District Court courtroom is located on the north side of the third story. The building houses the County District Court of the 4th Judicial District. 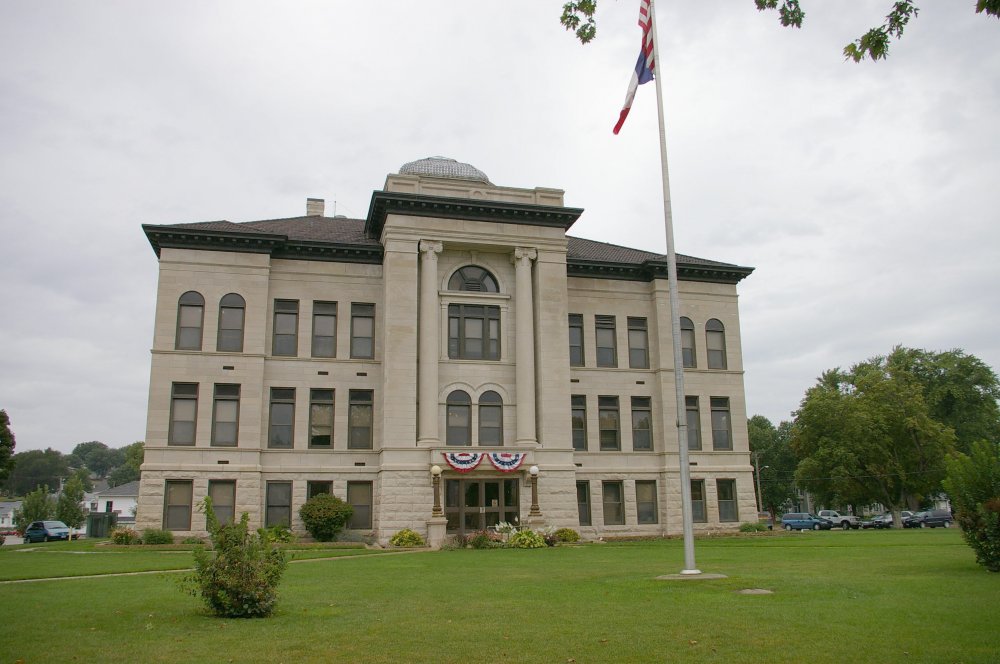 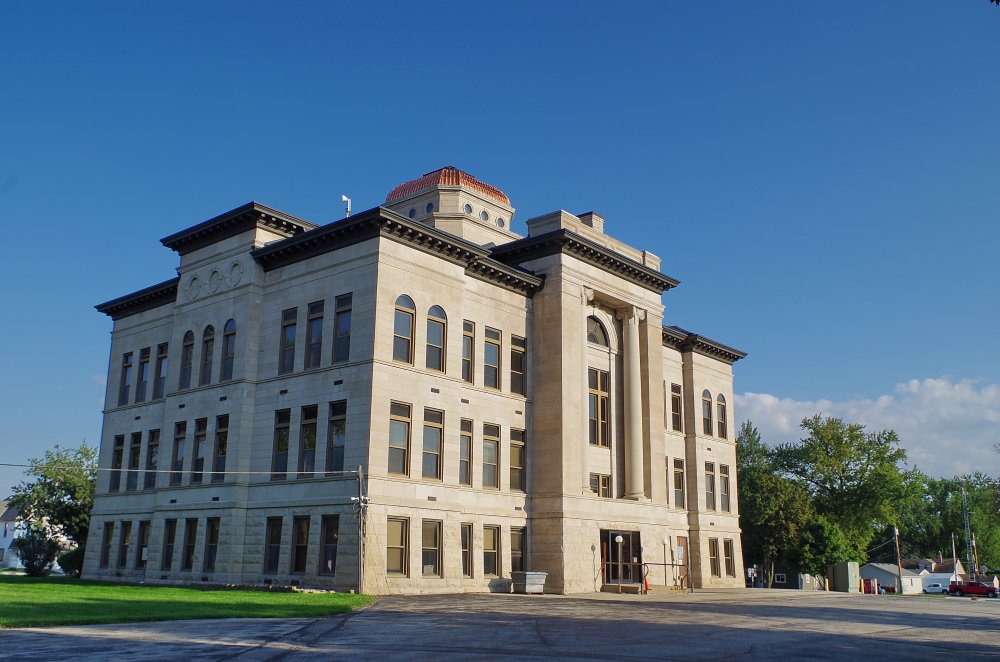 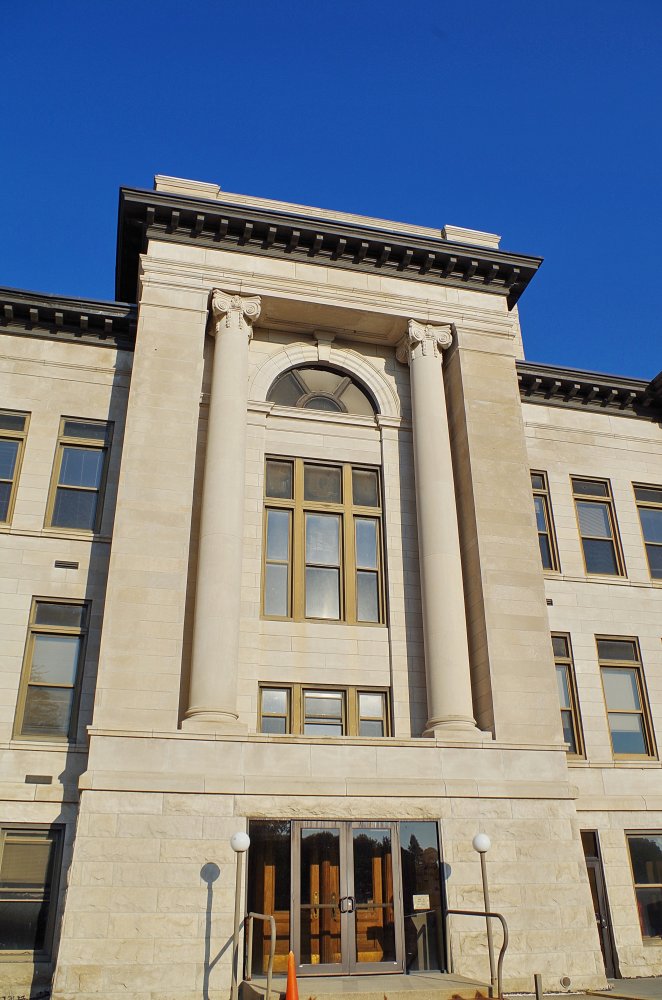 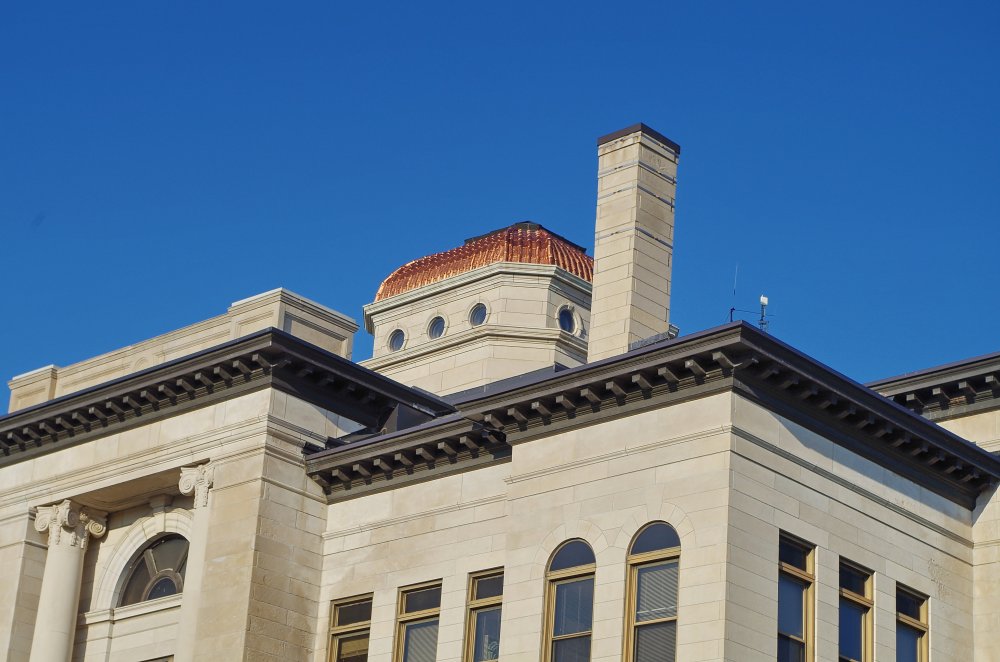 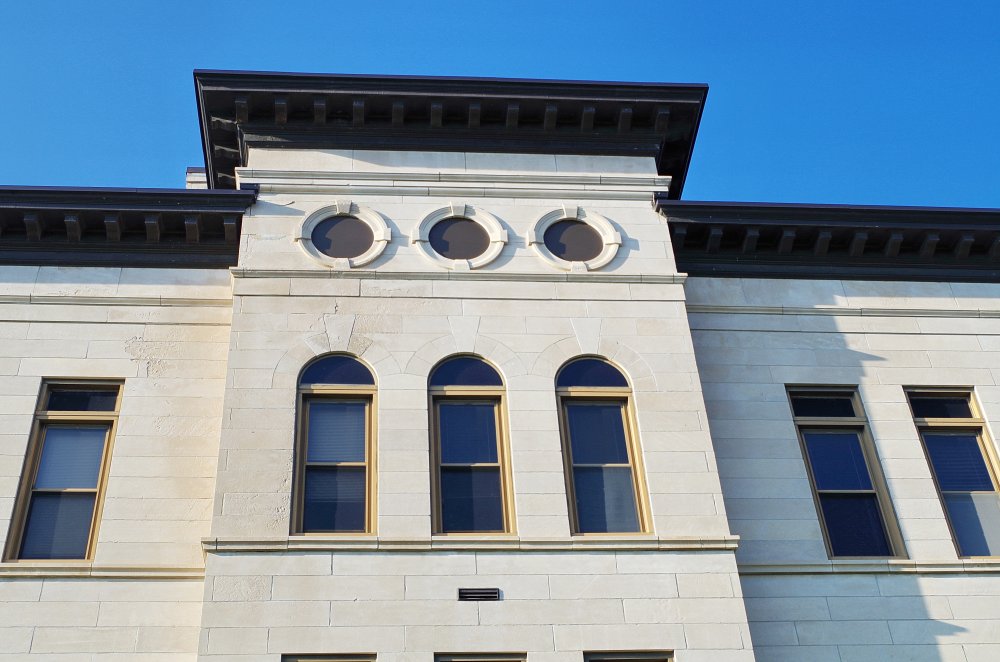 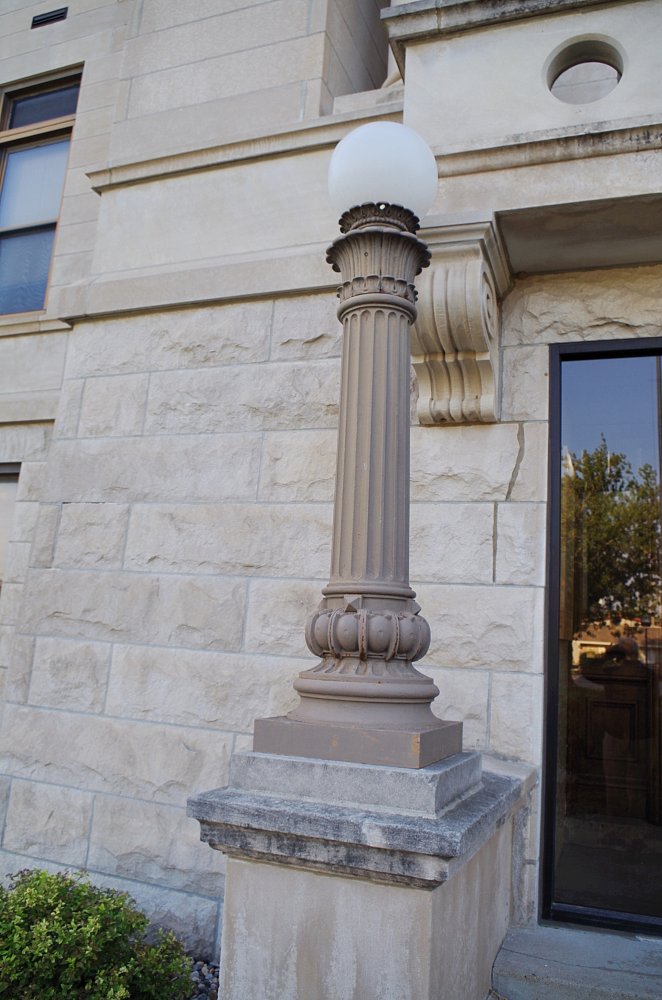 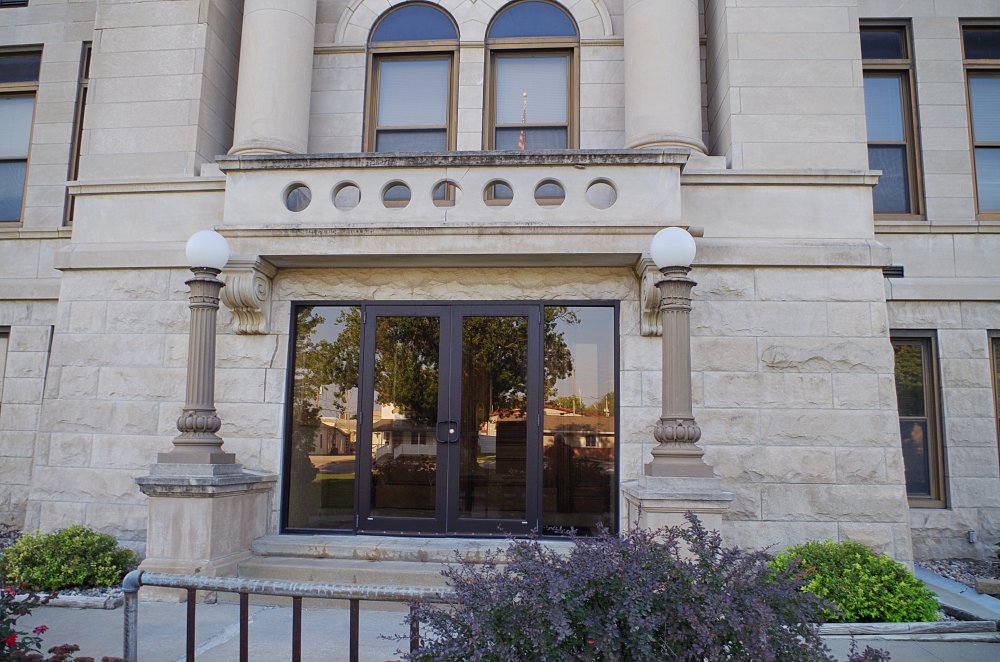 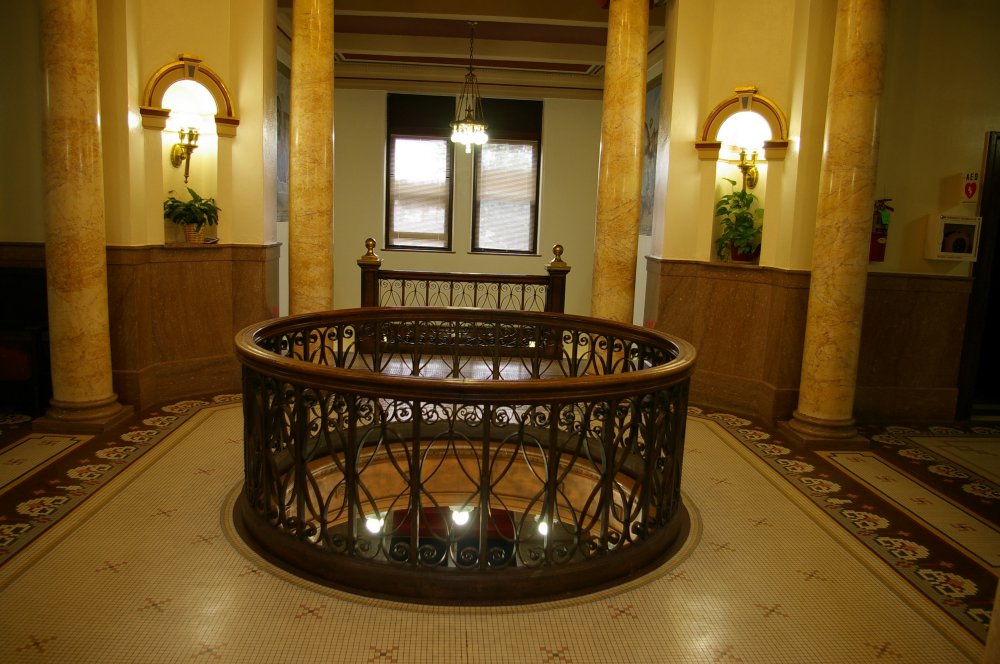 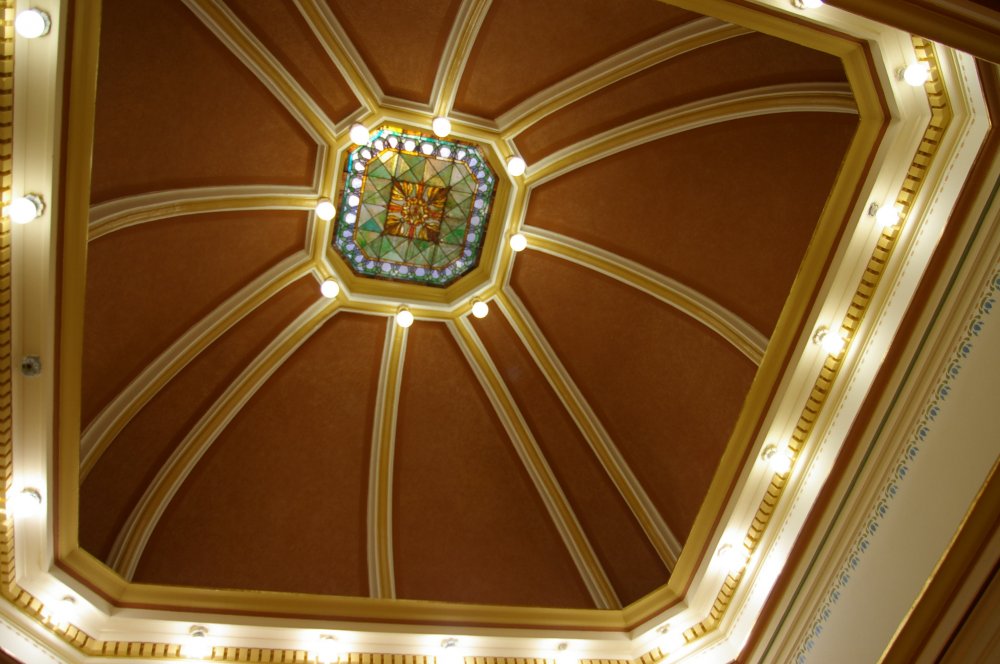 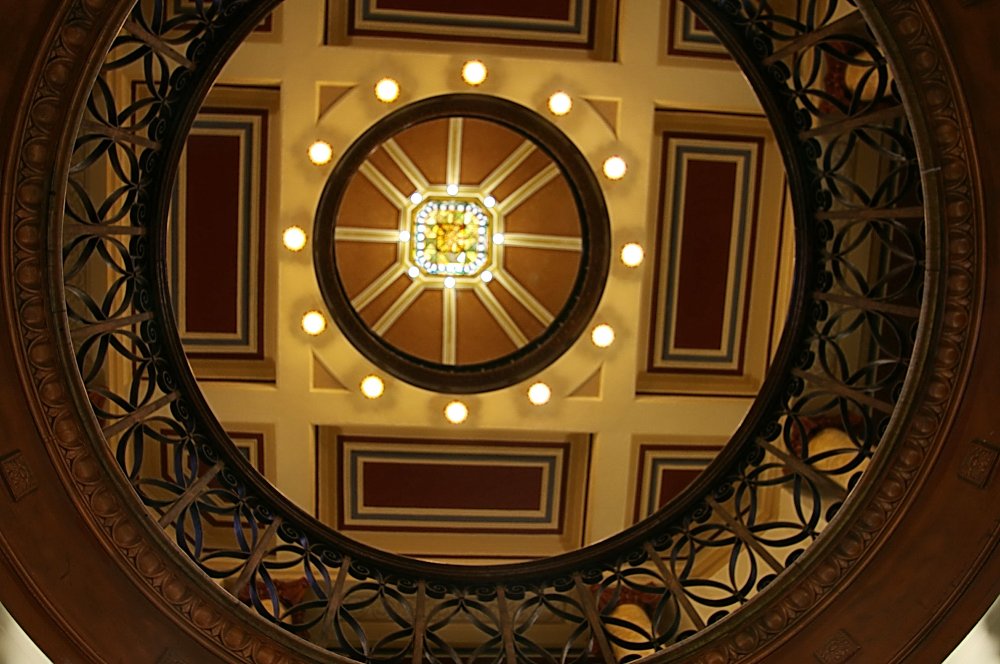 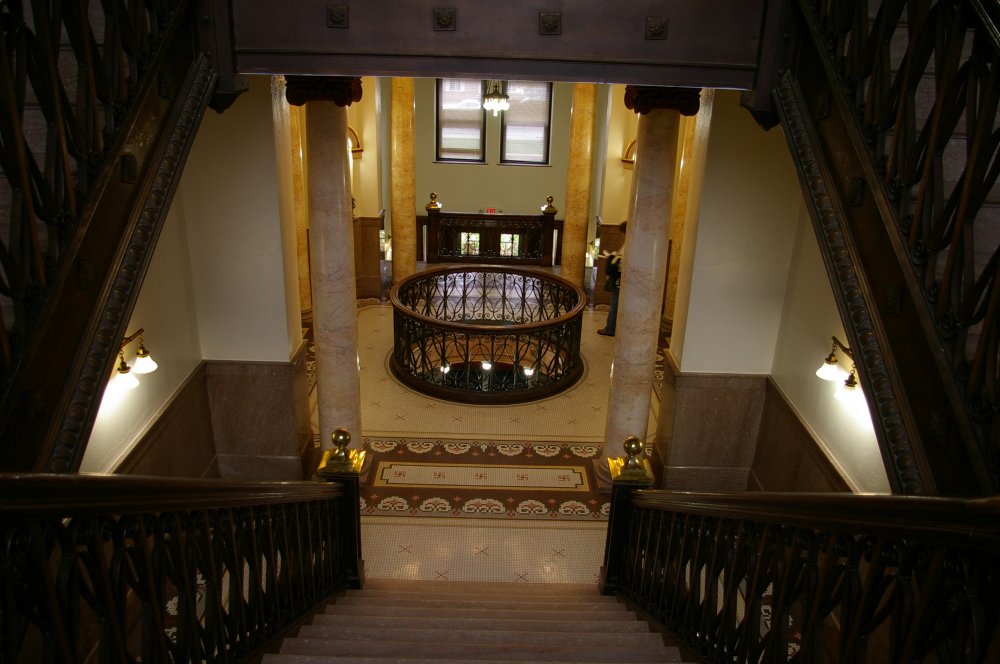 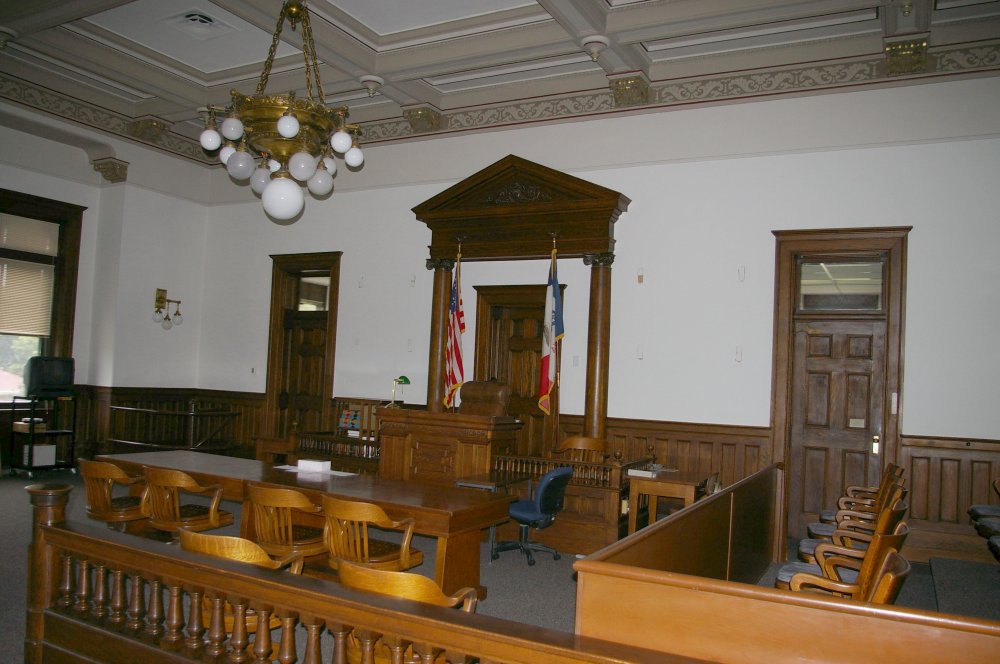