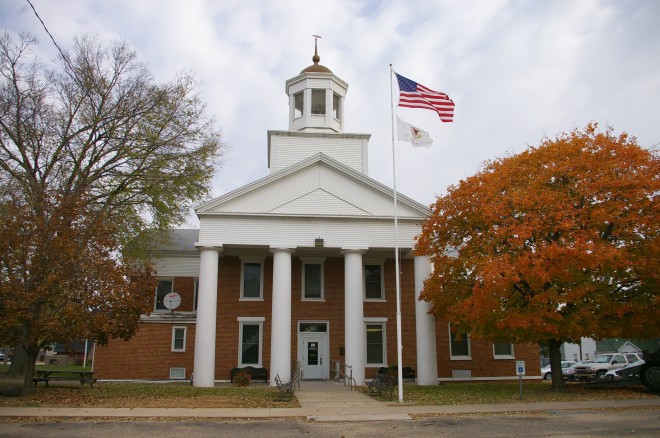 Description:  The building faces south and is a two story red colored brick structure. The building is located on landscaped grounds in the center of Oquawka. On the south front is a large portico supported by four large white colored columns. Above the pediment is a large white colored square tower with an octagonal white colored wood cupola with windows. The roof is hipped. The courtroom is located on the second story. The building houses the County Circuit Court of the 9th Judicial Circuit.  An addition was built in 1901. A further addition was constructed in 1965. The architect was Scribbins, Klusmeyer and Mears.

Note:  The courthouse is the third oldest courthouse in Illinois still in use after the courthouses in Putnam County and Jo Daviess County. Jason Ryason was the brick mason.

History:  Oquawka served as the Warren County county seat from 1830 to 1836 when it was located in that county. The county was created in 1841 and Oquawka was named as the county seat as it was now located in the newly created county.. The first and present courthouse was constructed in 1841 to 1842 at a cost of $1,219. 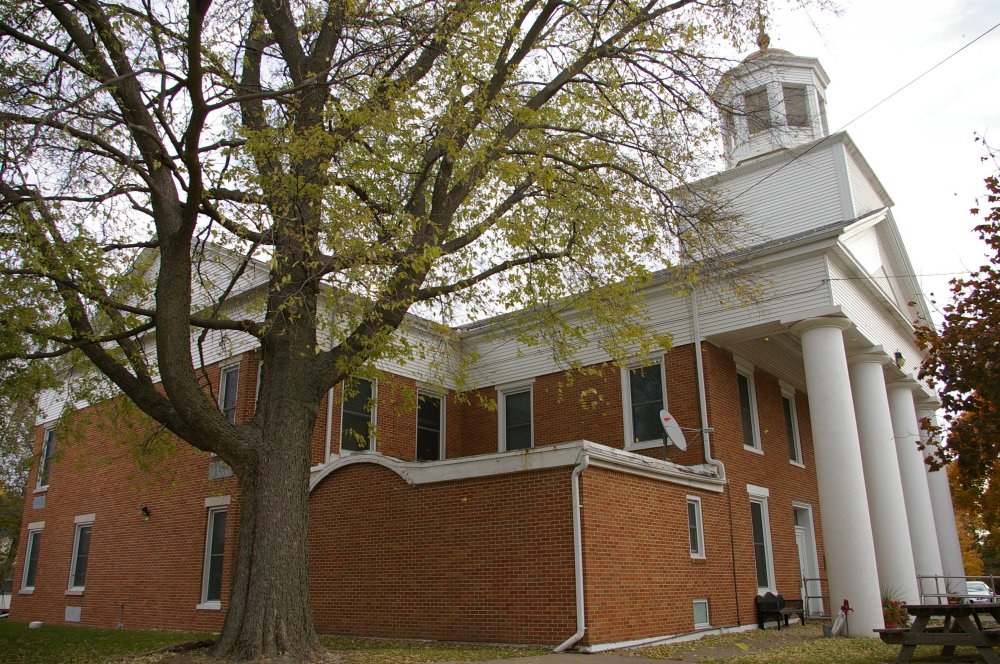 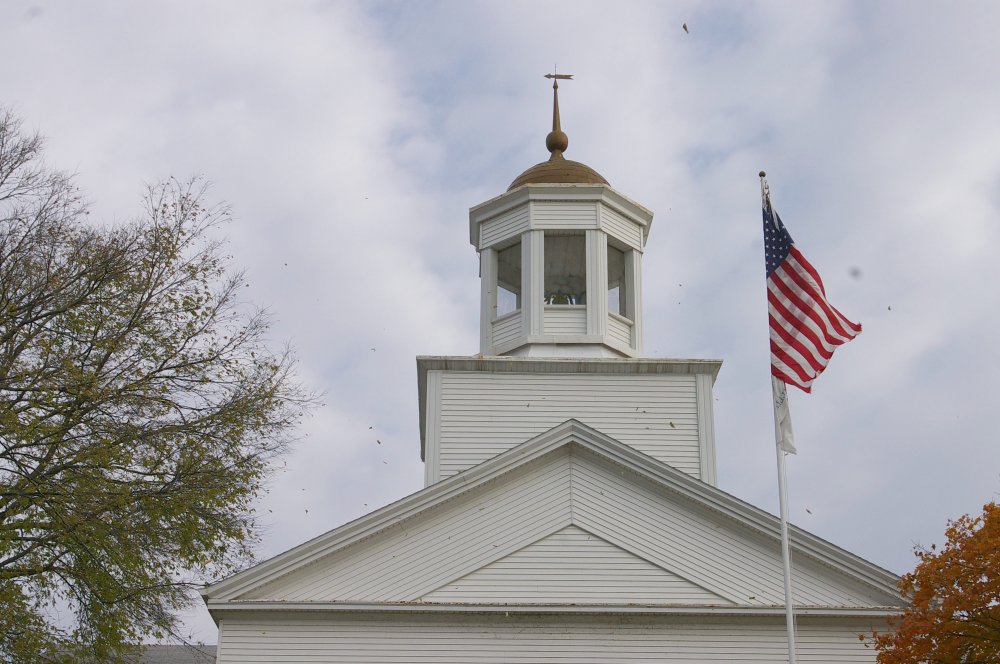 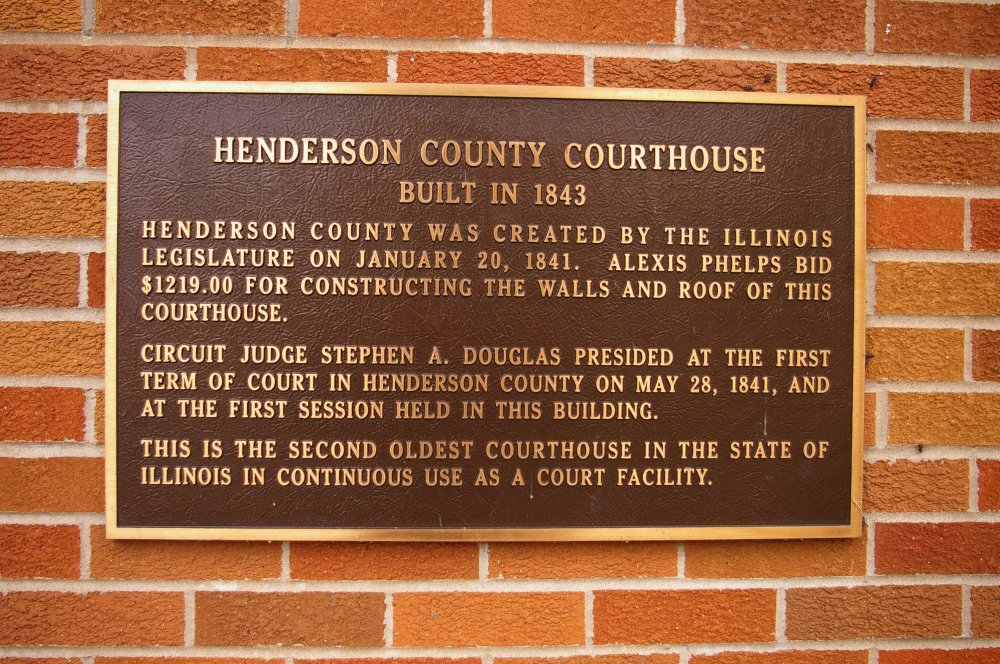 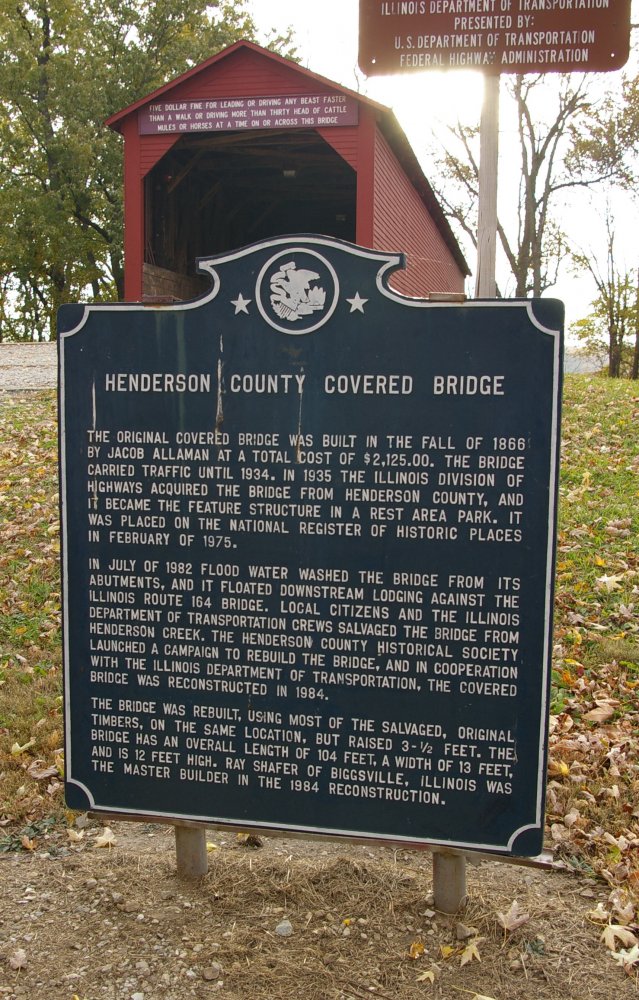 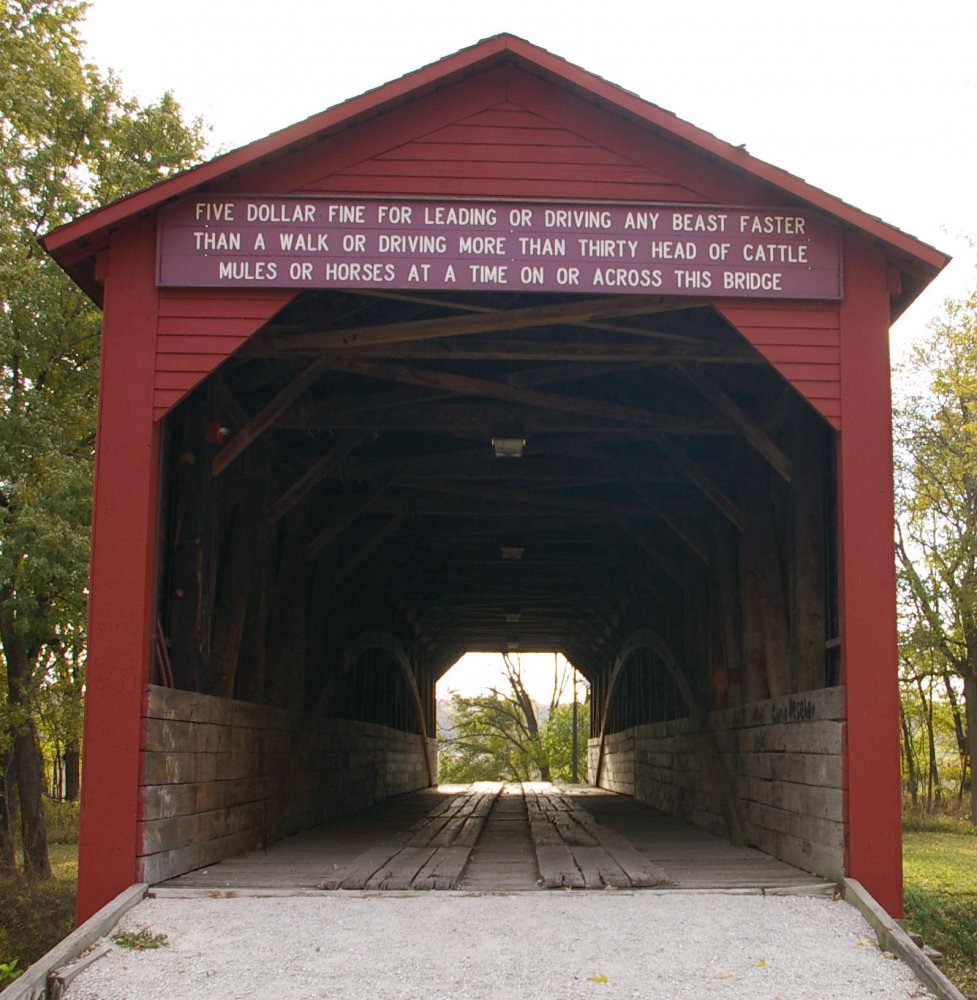 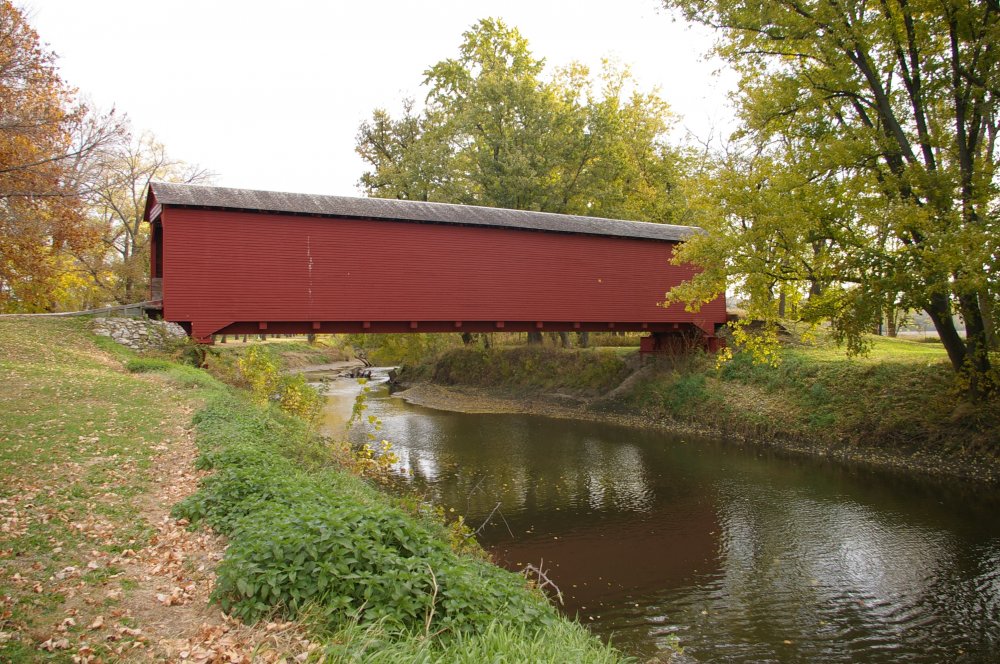 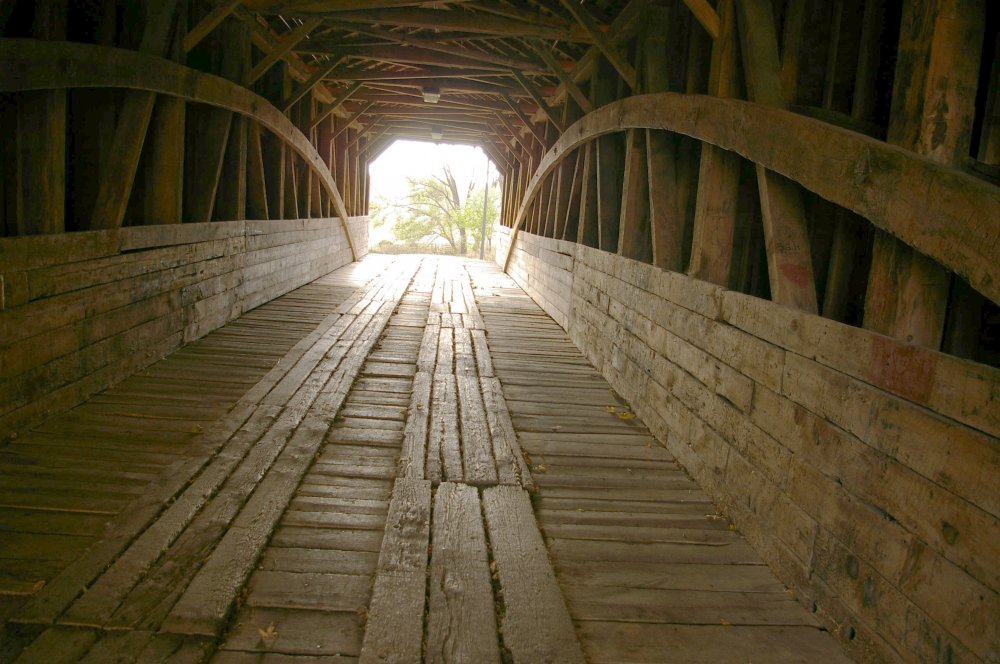