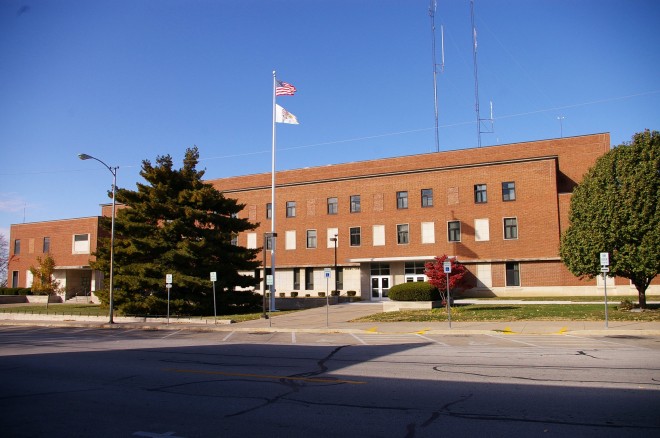 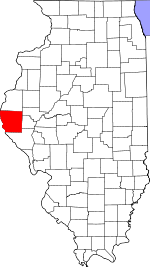 Architect:  Holabird, Root and Burgee and Hafner and Hafner

Description: The building faces south and is a three story reddish-orange colored brick and concrete structure. The building is located on landscaped grounds in the center of Quincy. The long rectangular shaped building has entrances at the east and west sides of the south front. The first story has white colored stone facing. The windows are small. There are several roofline levels and the roof line is flat. The building was renovated from 1994 to 1997. The architect was Peopping, Stone, Bach & Associates and the contractor for each phase was Johnco Construction, Watekatte Construction, R L Brink Company and A Fischer Builders. 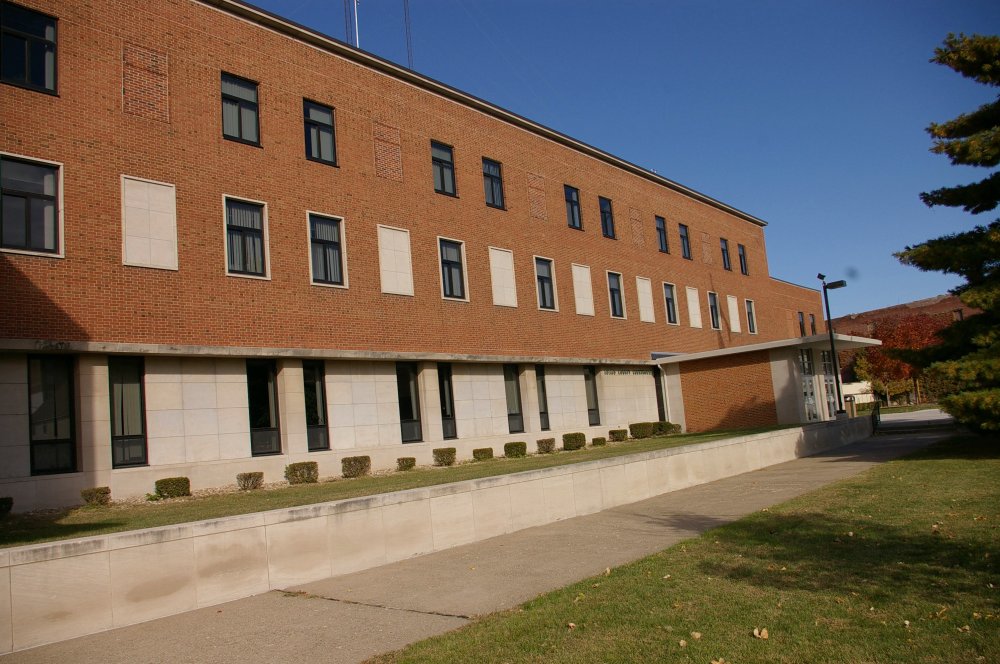 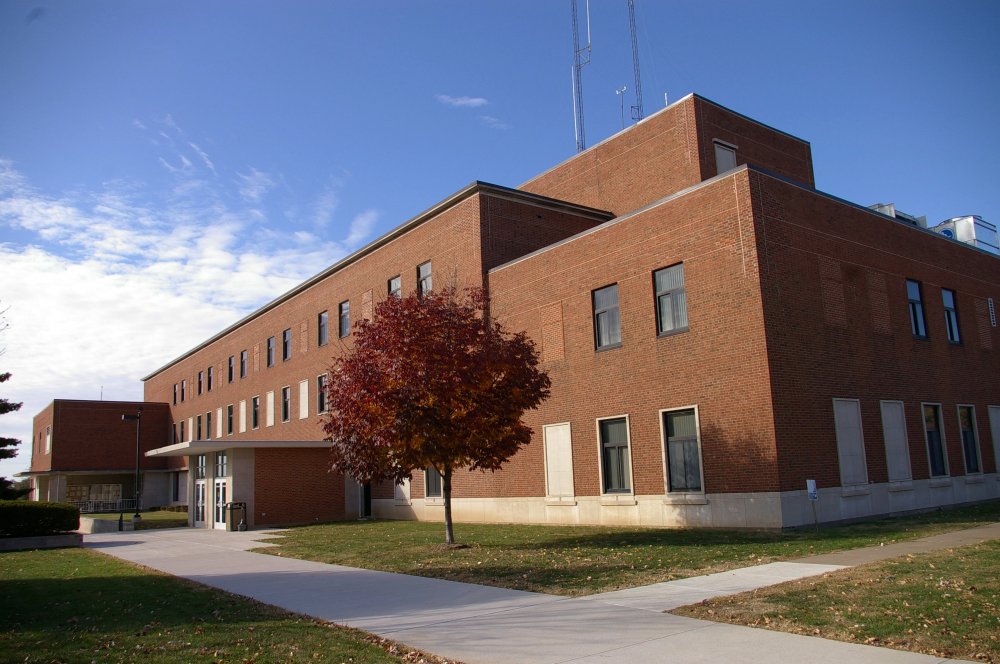 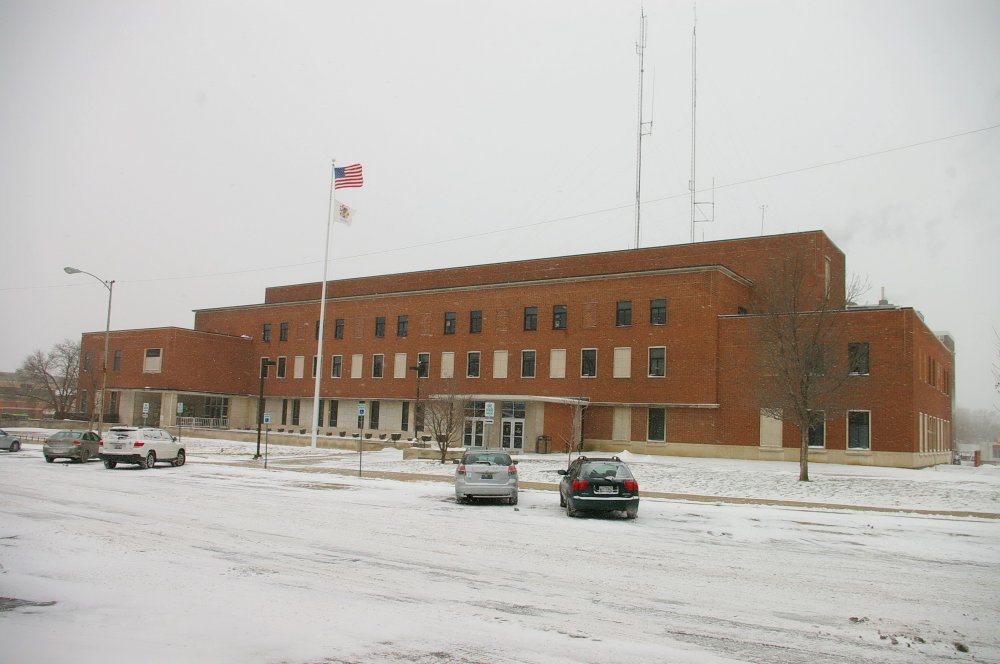 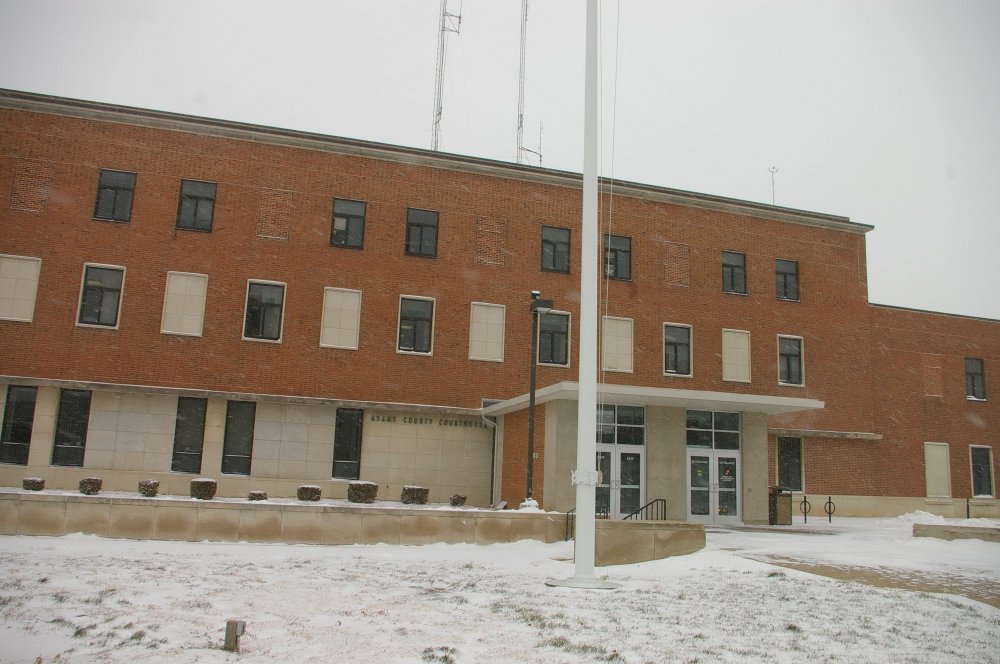 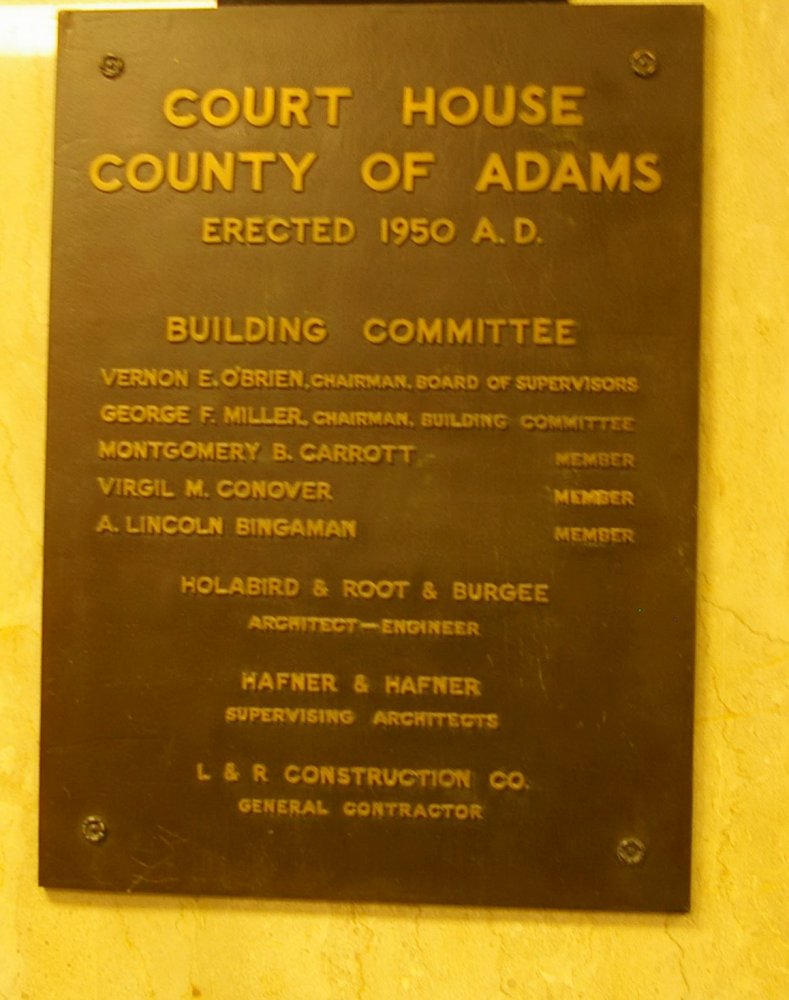 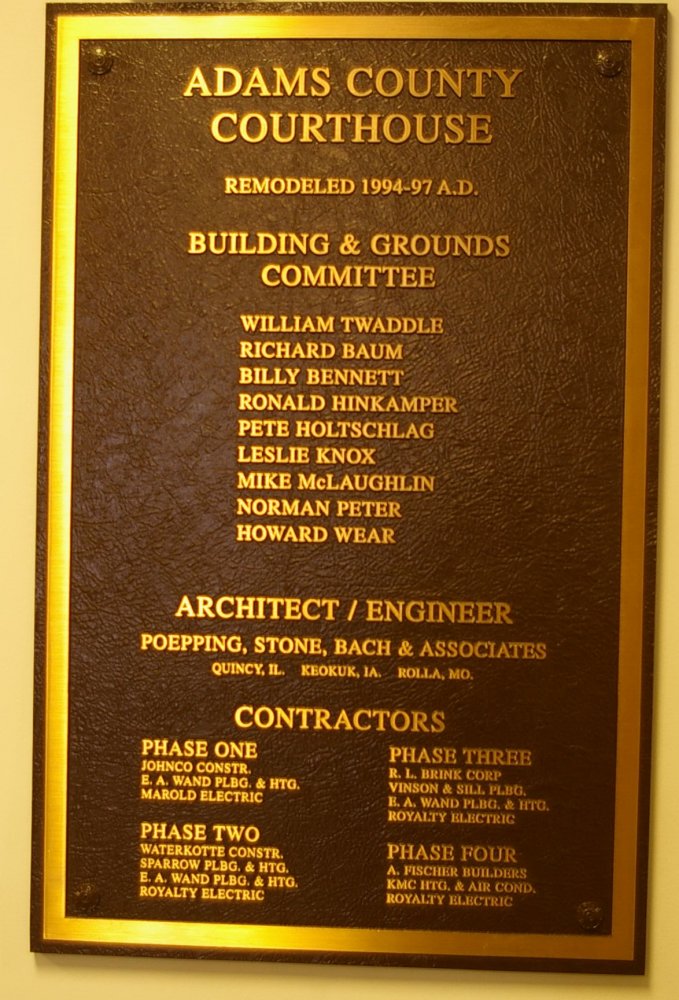