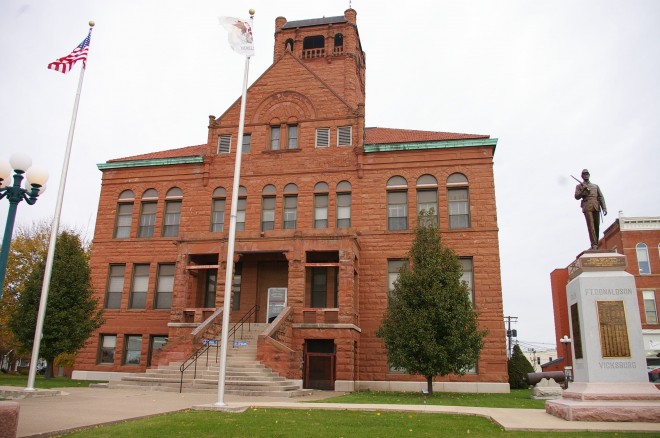 Warren County is named for Joseph Warren, who was a pioneer, physician and soldier killed at Bunker Hill during the American revolutionary War. 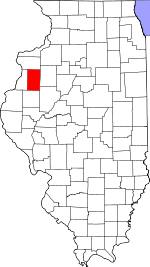 Description: The building faces south and is a three story red colored sandstone structure. The south front has high stone steps to a triple square opening with the entrance doorway recessed in the center. The front wall rises to a peaked roof. The windows on the third story are arched. In the center of the building, there is a large square red stone tower with opening at the top. 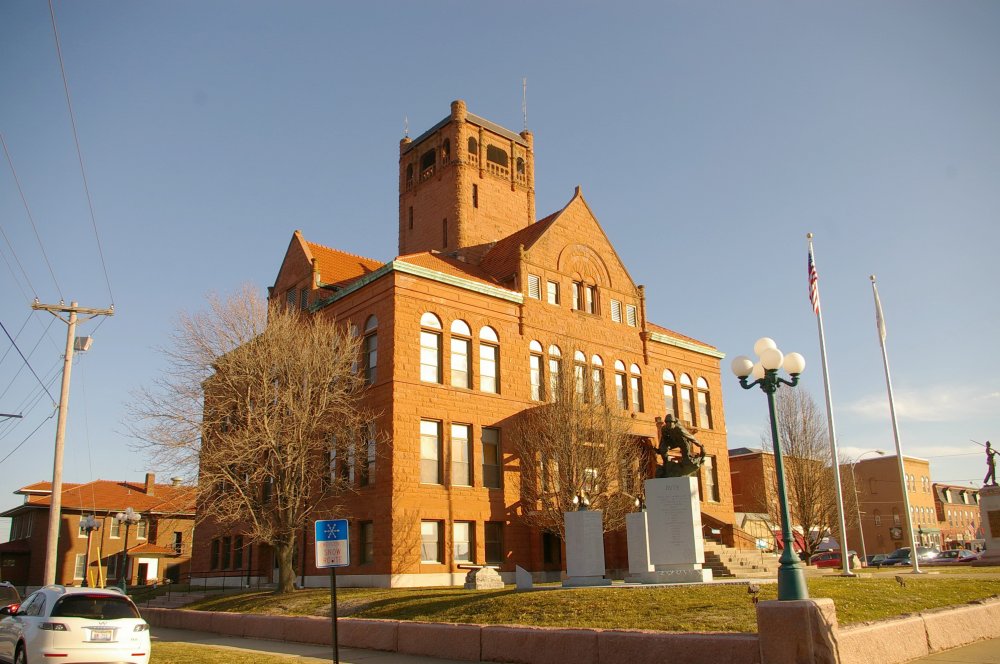 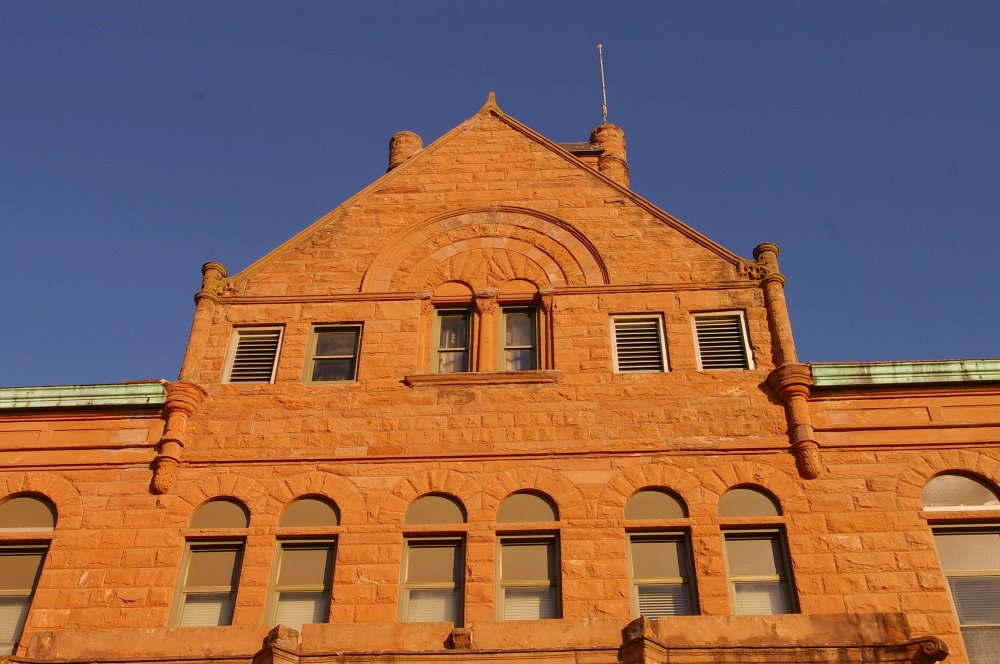 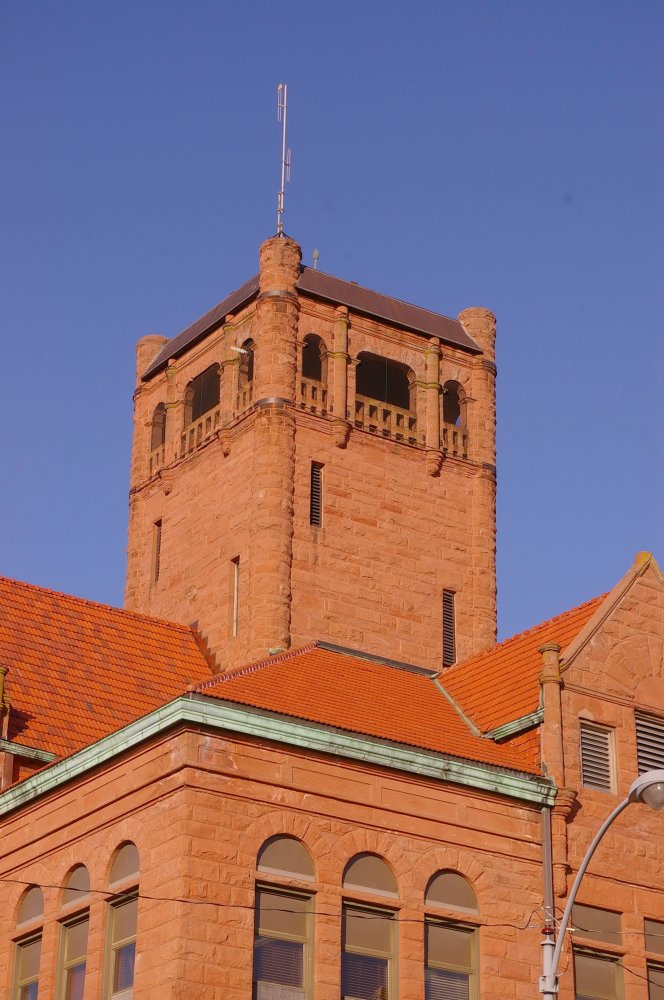 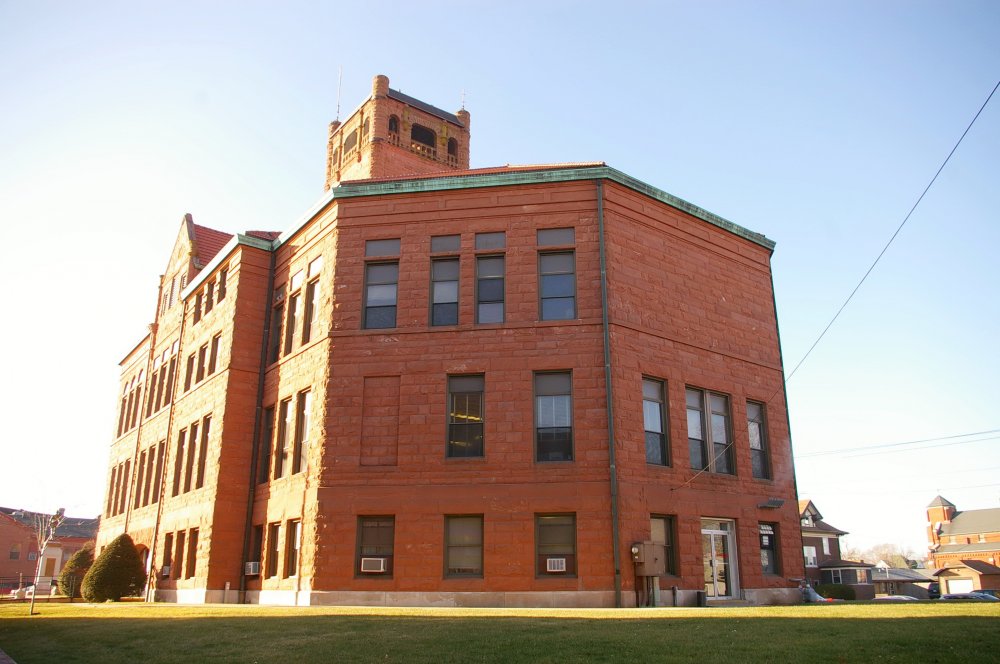 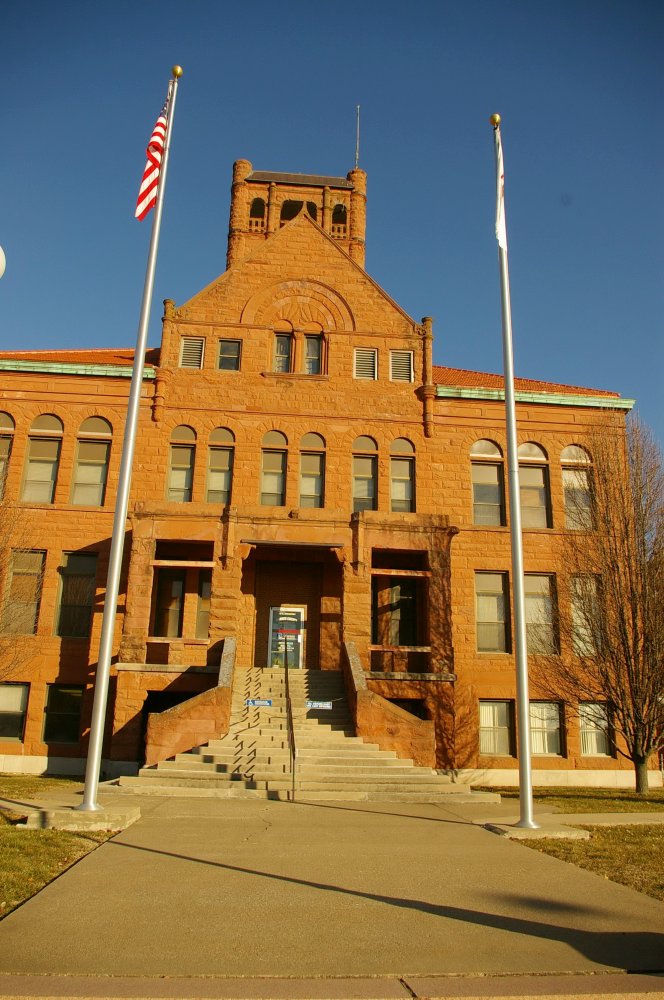 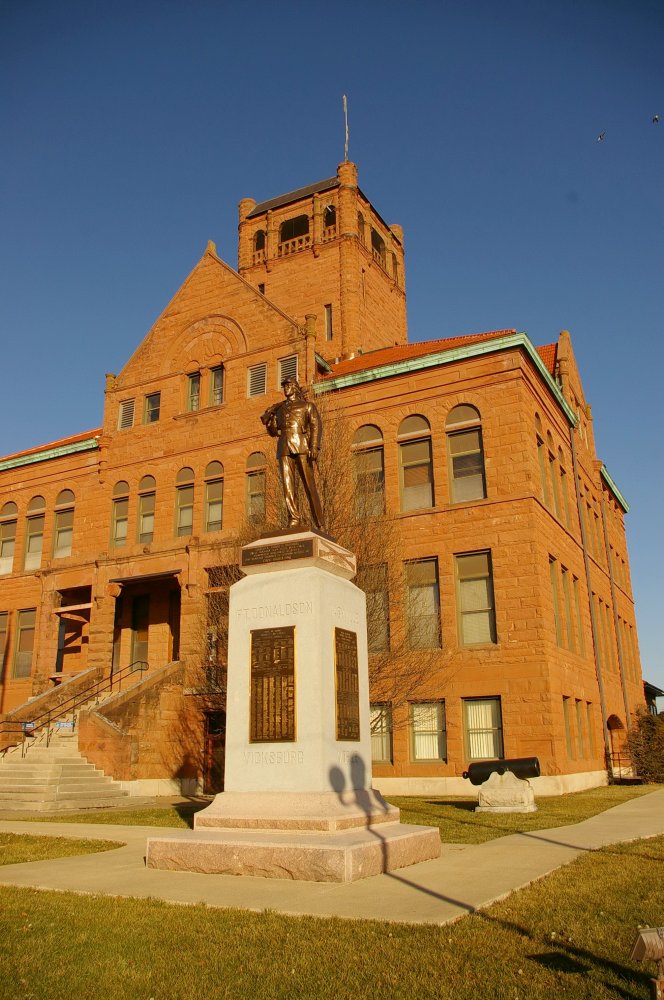 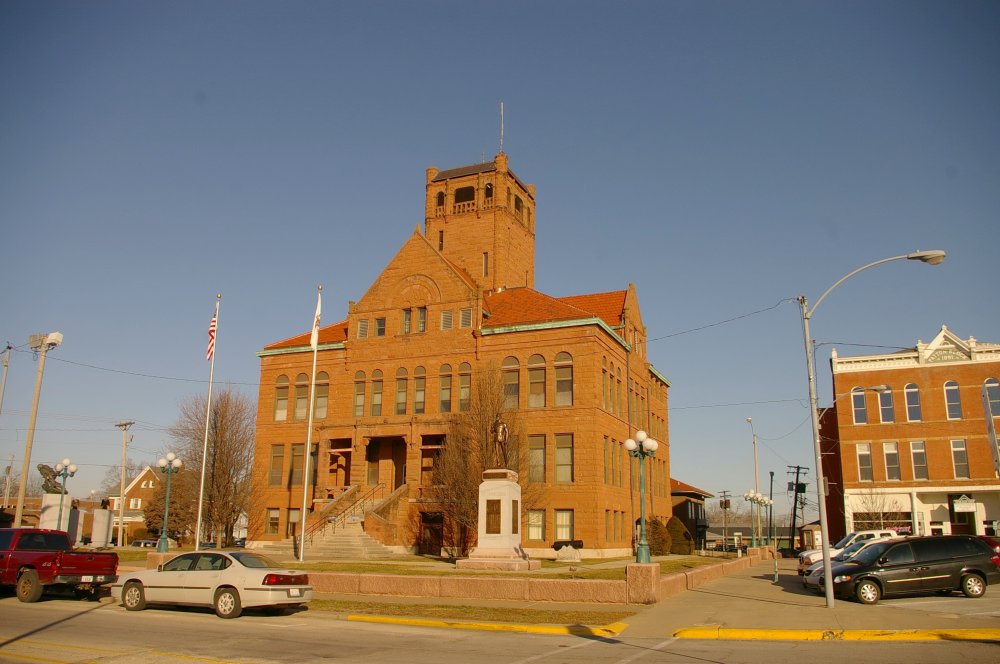 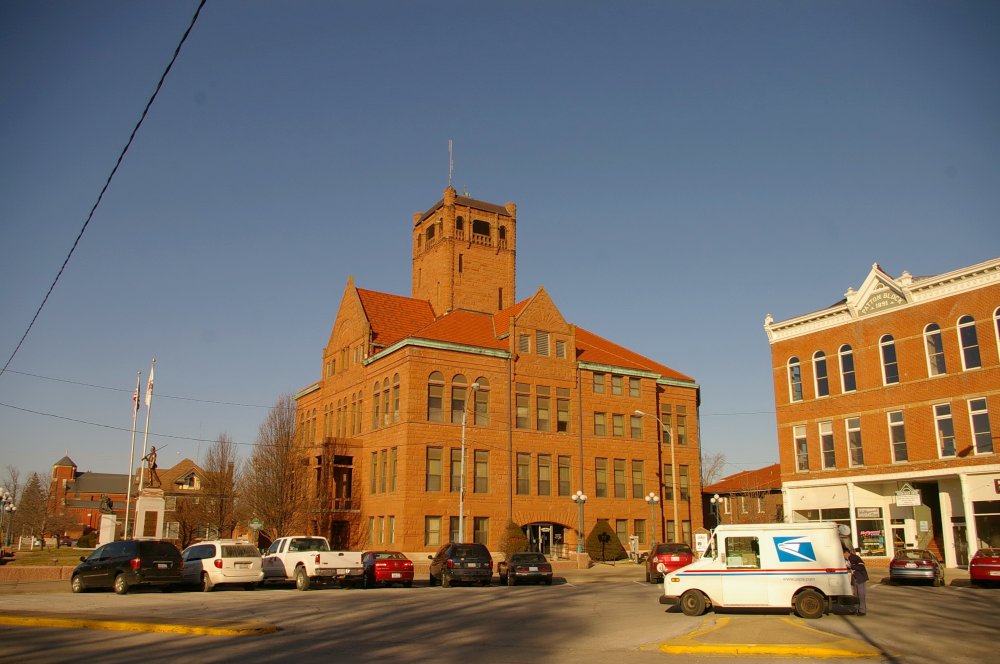 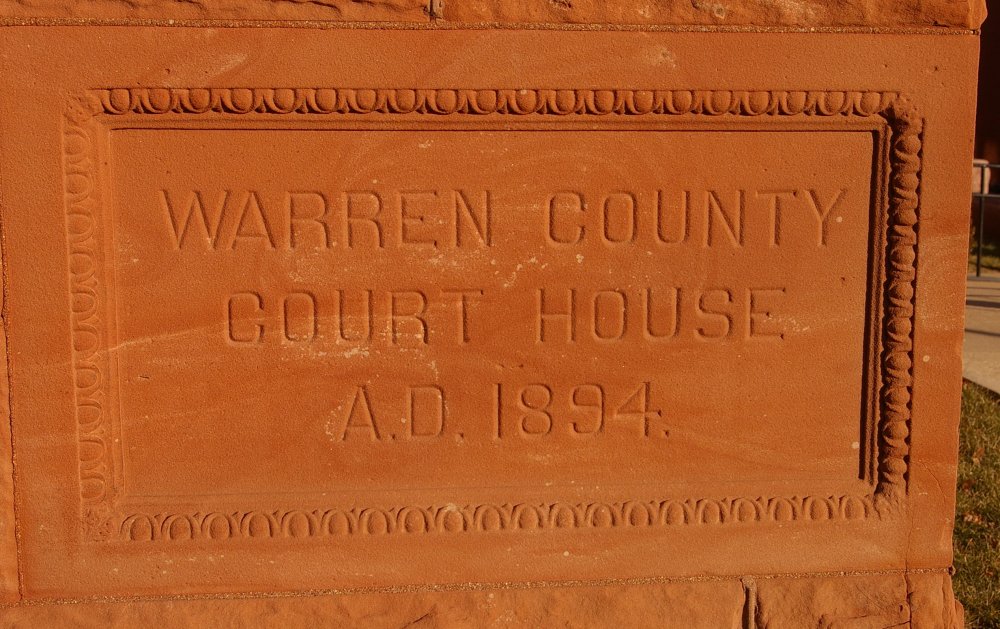 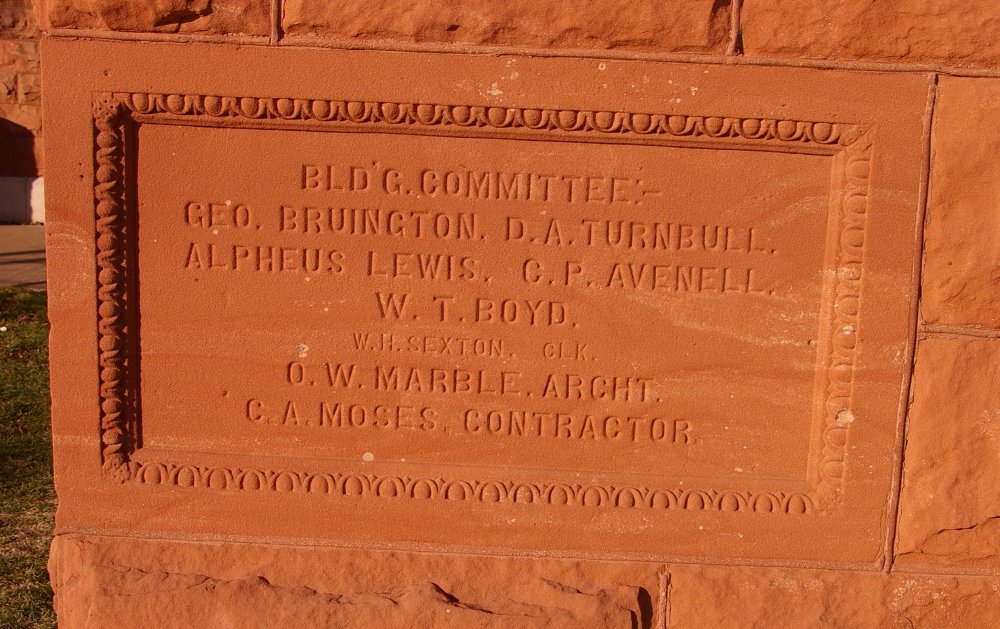