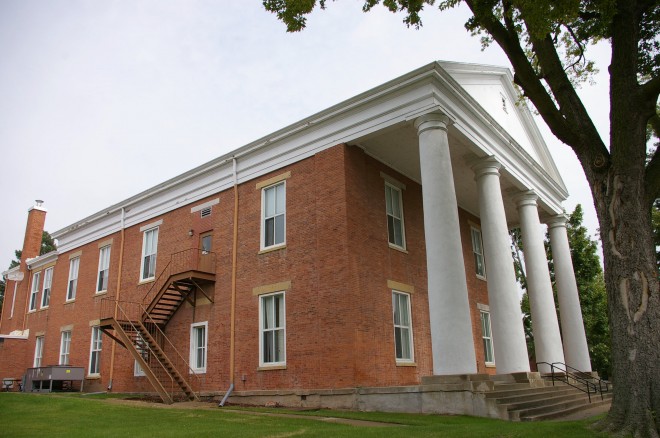 Lee County is named for Robert E Lee, who was a Confederate general in the Civil War, or for Lee, a family prominent in the New York Land Company who owned an interest in Half-Breed Tract in 1830.

Description:  The building faces south and is a two story red colored  brick and stone structure. The building is located on landscaped grounds in the center of Fort Madison. The foundation is stone. On the south front are four large white colored columns supporting the extended roof with pediment. In the interior, the first story is bisected by a wide central hall. Ay the north end of the hall, divided stairs ascend to the second story which has a central corridor with the courtroom located on the south end. The building houses the County District Court of 8B Judicial District. A two story addition was constructed on the north side with a one story addition extending west. On the west side is the Old County Jail.

Note:  The lowest point in Iowa is the Mississippi at 480 feet ( 146 meters ) which is located in the county. 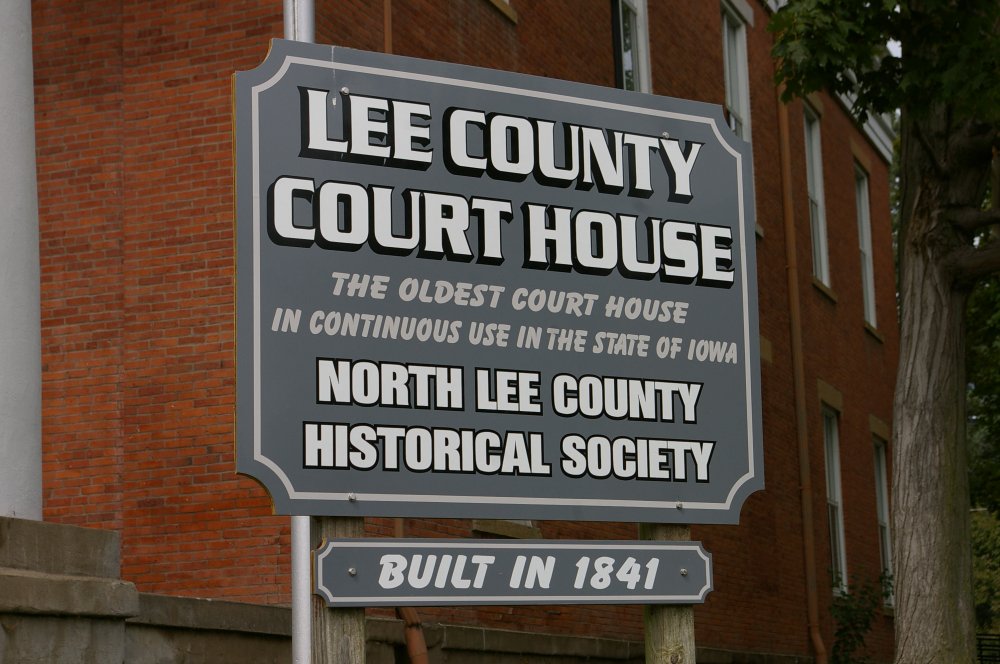 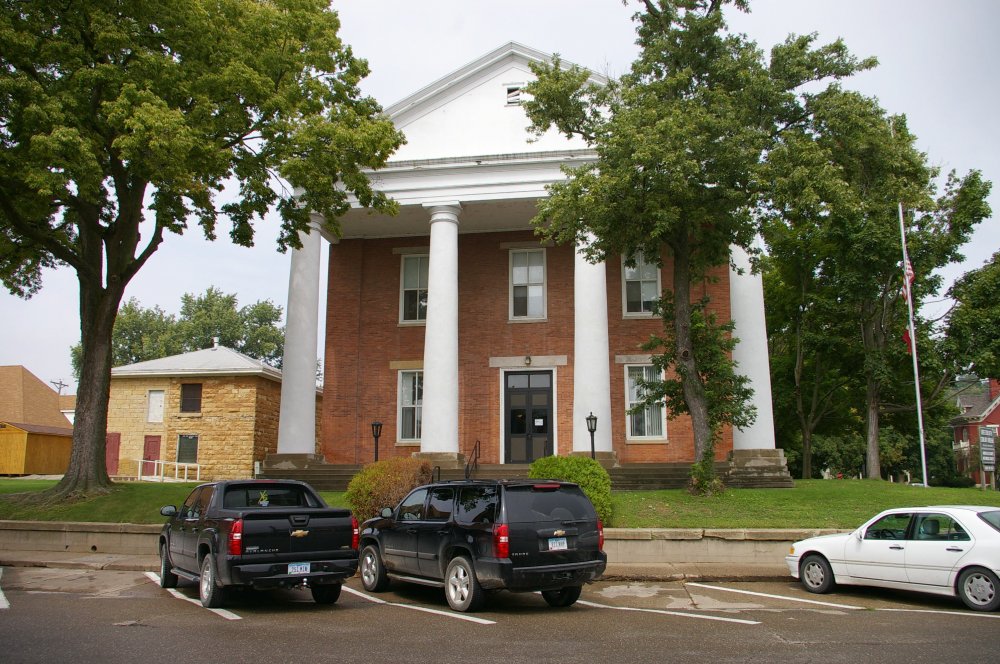 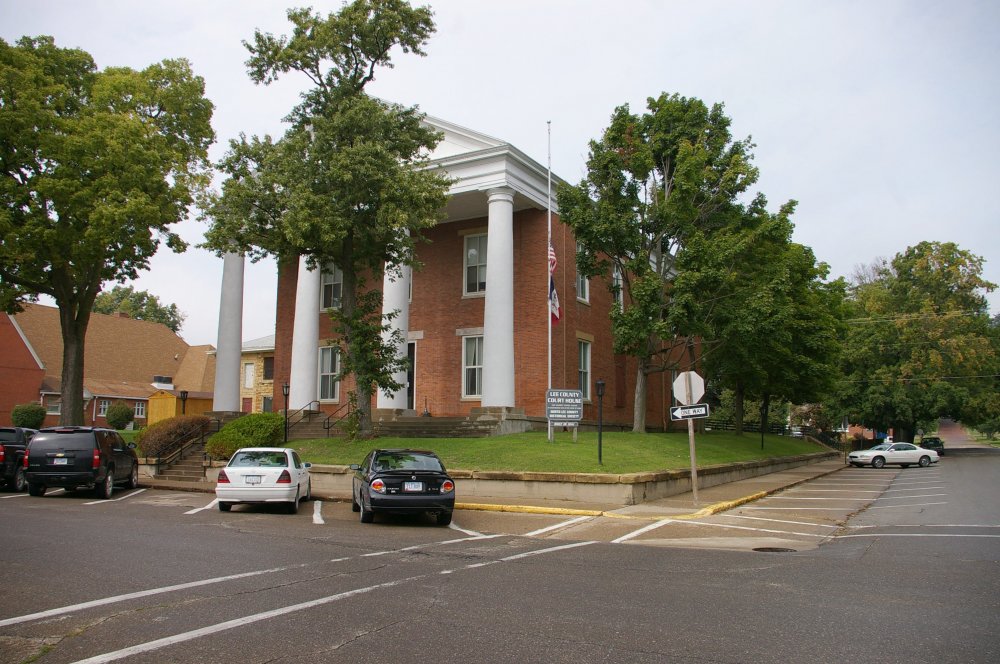 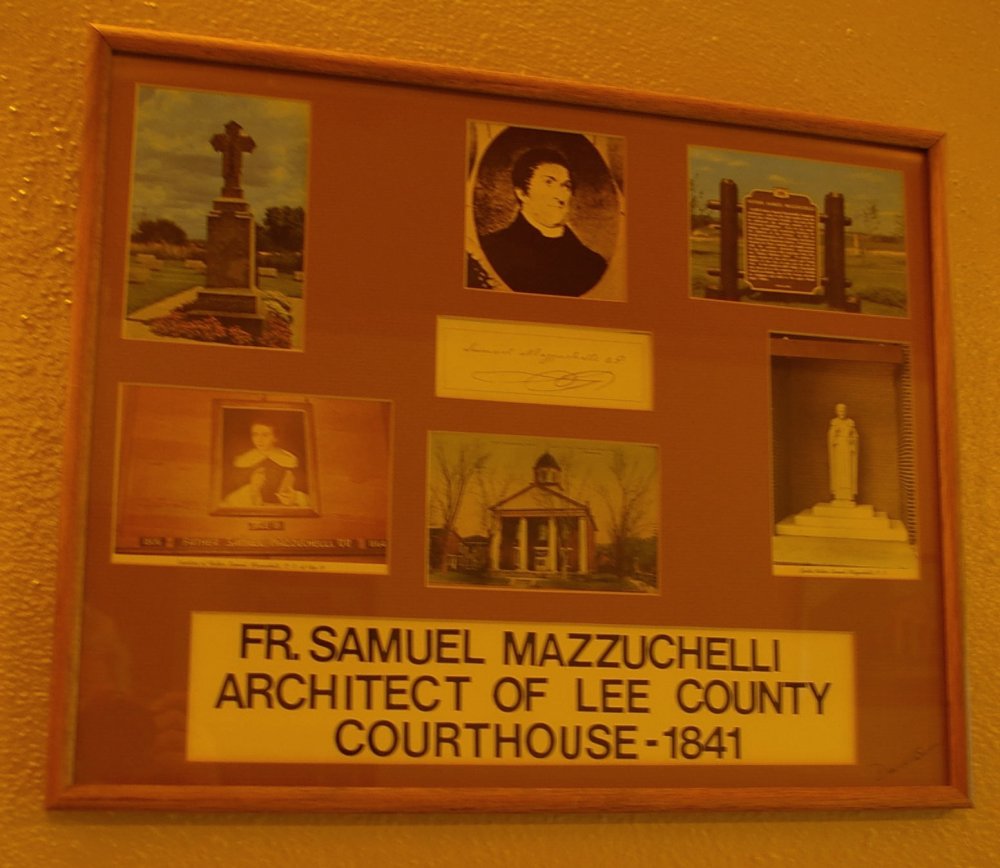 Description:  The building faces east and is a two story red colored brick round arch structure. The building is located in the center of Keokuk. On the northeast corner is a high square brick clock tower with peaked roof. The west section has a third story with small arched windows. The foundation is course white stone. The building was constructed as the United States Post Office and was converted to the County Courthouse in 1992. The architect was The Design Partnership. The building houses the County District Court of the 8B Judicial District.

History:  The first courthouse was the Sanford Medical College designed by W A Rice erected in 1856. The building was sold to the county in 1859. In 1976, the old YMCA Building designed by Harry E Ratcliff became the second courthouse until 1992 and is still standing. The third and present courthouse is the former Post Office constructed in 1889 to 1890. 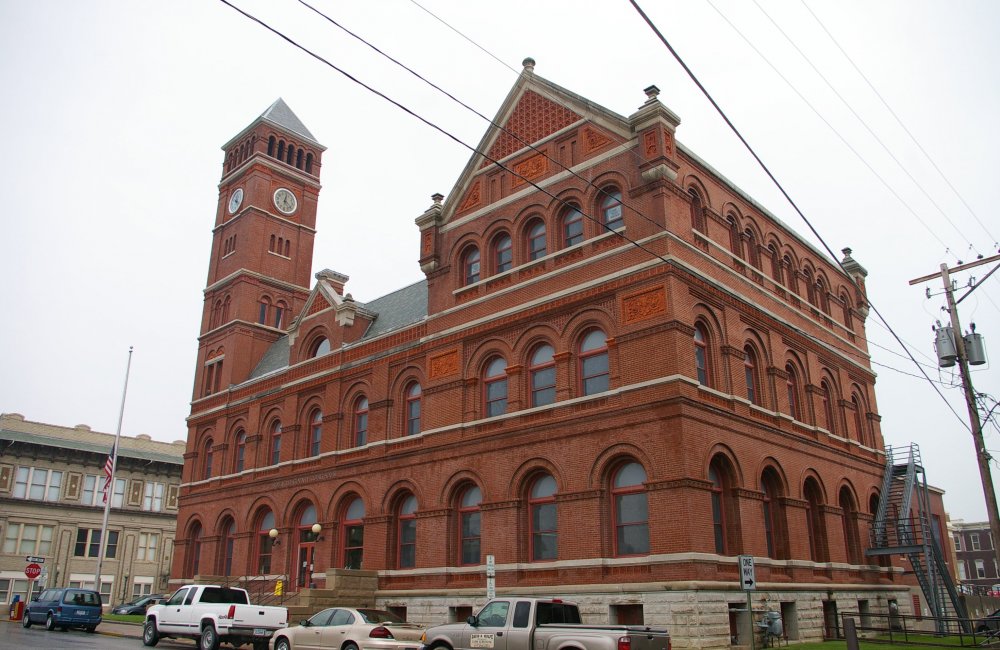 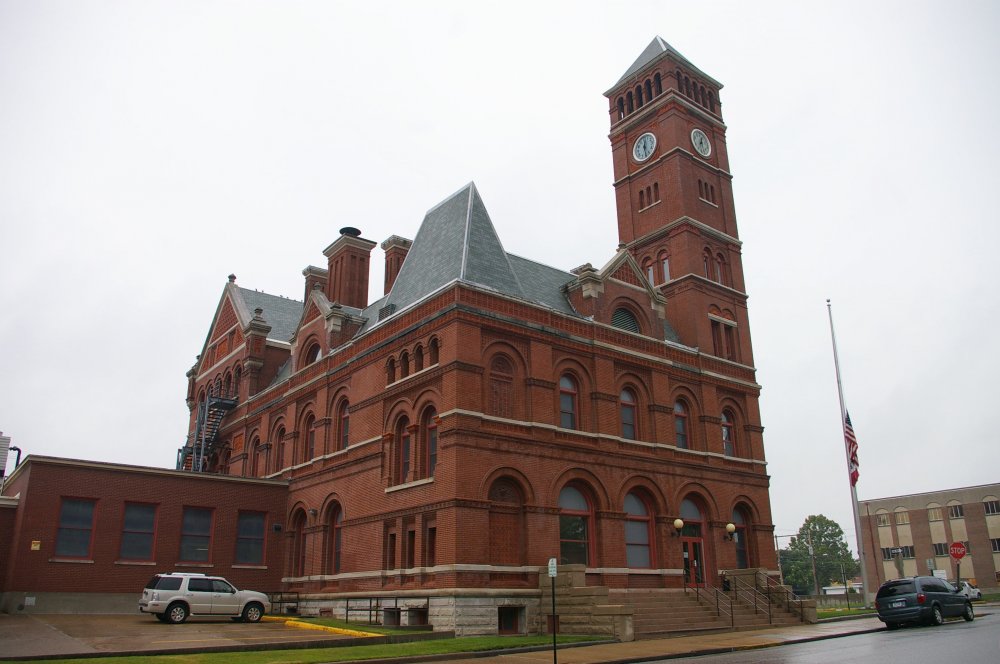