Clark County is named for William Clark, who was the leader of the Lewis and Clark expedition and later, Governor of the Missouri Territory.

Description:  The building faces south and is a two story red colored brick and concrete structure. The building is located on landscaped grounds in the center of Kahoka. The south front of the rectangular shaped building has a central entrance on the first story with two concrete columns with small portico. The windows are arched and Trim ornaments the corners. The roof is hipped. The courtroom is located on the second story. The cupola from the former courthouse is located on the north side of the courthouse. 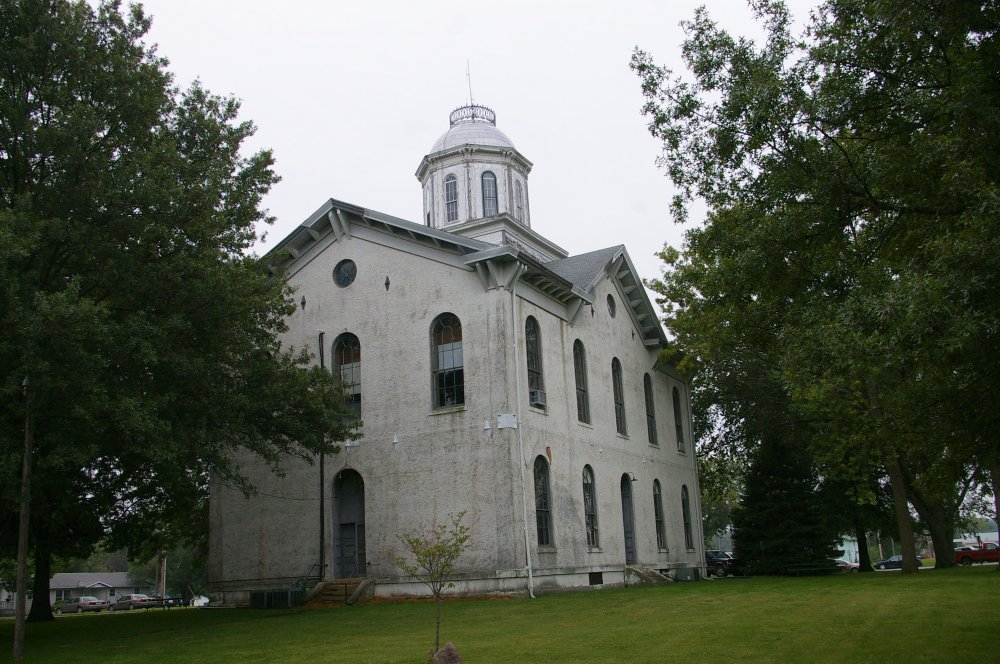