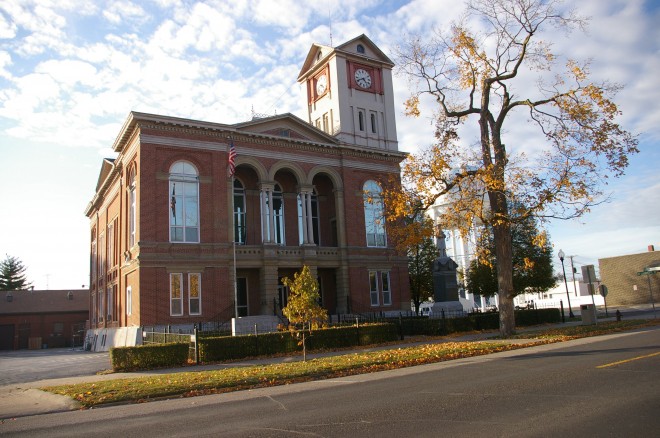 Schuyler County is named for Philip Schuyler, who was a soldier in the American Revolutionary War and later a United States Senator from New York.

Description: The building faces east and is a two story reddish colored brick structure.  The building is located on landscaped grounds in the center of Rushville. The east front has a recessed portico with three square entrances on the first story and three arched openings on the second story. The openings are divided by double thin columns and the pediment forms part of the roof line. Double narrow windows are on either side on the first story and a large arched window on either side on the second story. On the northeast corner rises a high four story square white brick tower with clock.

Note:  The committee chosen to see to the planning and construction of the courthouse consisted of John C Bagby, Edwin M Anderson, and James DeWitt. The three men visited  Monroe County, Michigan and were impressed by the courthouse there. They then advised the board to enter into a contract with Thomas Keegan, who designed the courthouse in Monroe and use the plans of architect Edward O Fallis of Toledo, Ohio. 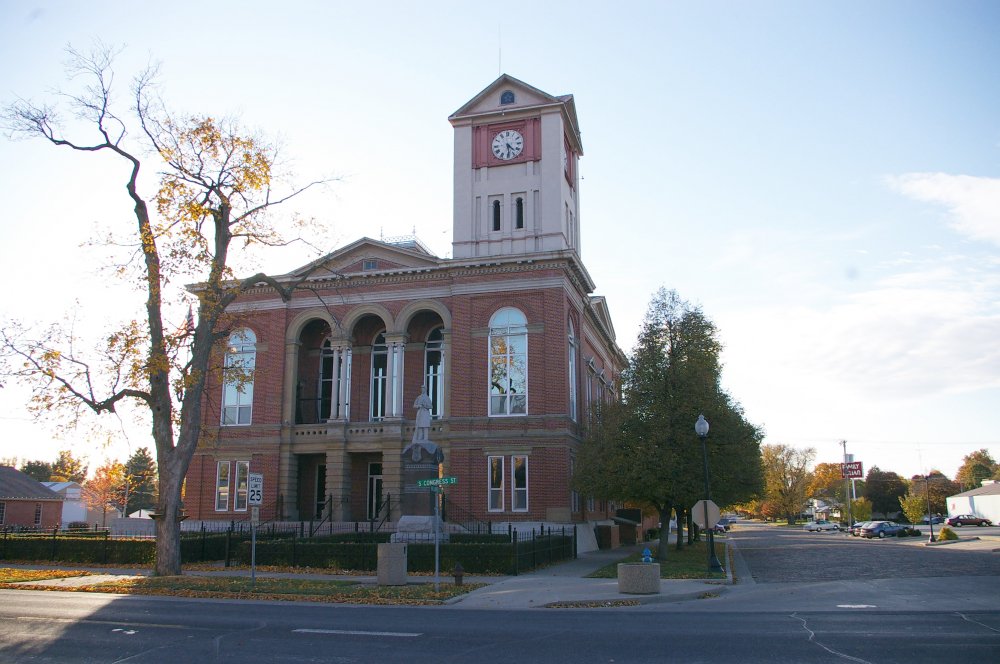 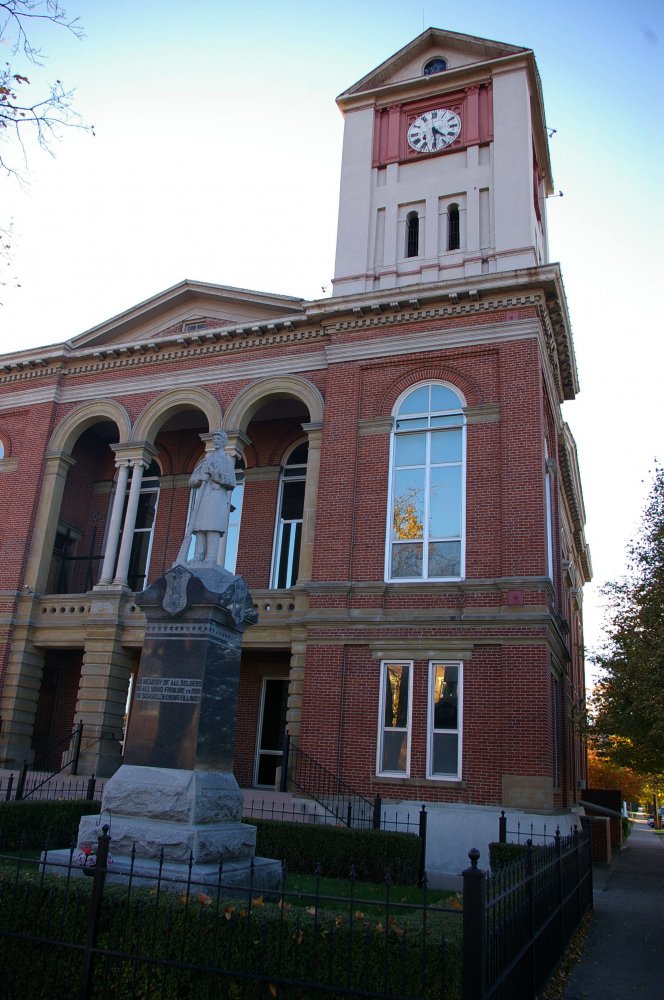 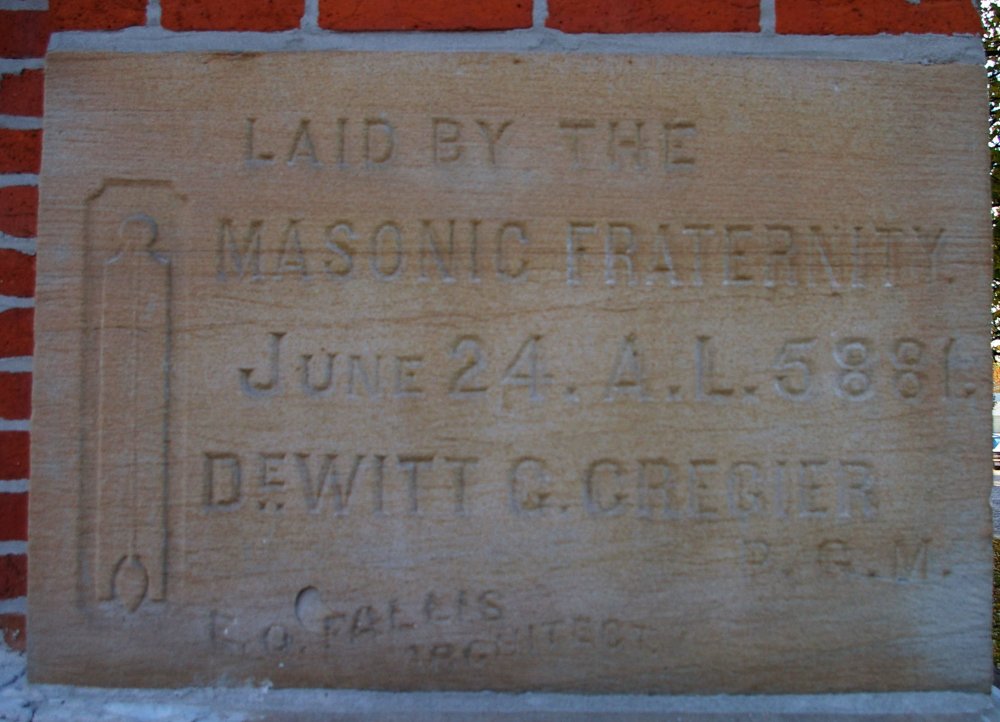