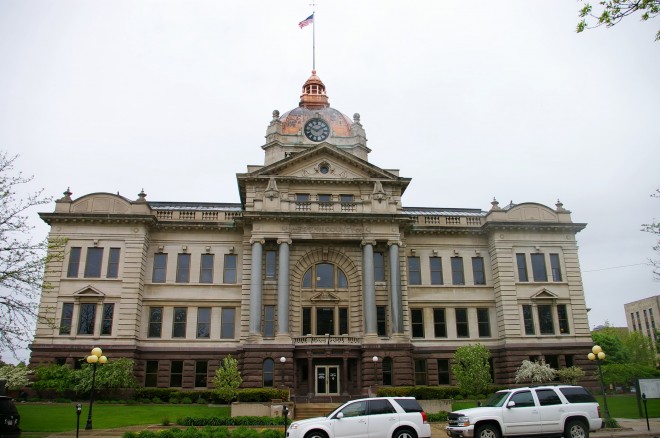 Brown County is named for Major General Jacob Brown, who was the commanding general of the United States Army from 1815 to 1828.

Description:  The building faces east and is a four story buff colored brick, stone  and concrete structure.  The building is located on landscaped grounds in the center of Green Bay and is constructed of Marquette raindrop stone with Bedford limestone superstructure and a gray granite base. There are four entrances surmounted by two story Ionic columns. The main entrance faces east and projects farther and has slightly taller pediment. On the center of the roof is the copper covered dome and clock tower containing the original Seth Thomas clock. In the interior there is a rotunda in the center under the dome. The building houses the County Circuit Court of the 8th Judicial Circuit. The superintendent was J A Murphy. The building was restored from 1988 to 1993 and an addition was constructed on the west side. The architect was CPR & Associates of DePere and the contractor was P G Miron.