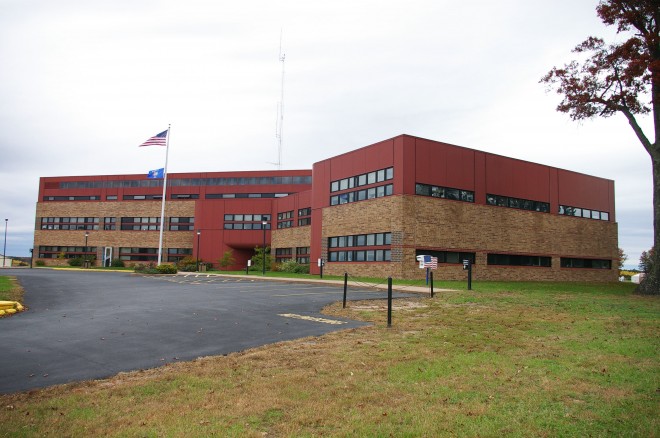 Burnett County is named for Thomas P Burnett, who was a Wisconsin legislator.

Description:  The building faces south and is a two and threestory brick and concrete structure. The building is located on spacious landscaped grounds to the north of Siren in Meenon. On the southeast side is a two story wing connected at the main entrance to a three story northwest wing. The building is faced with a dark red colored exterior inter-disbursed by light horizontal brick. The windows form a horizontal band across both wings. The roof line is flat. The building is named as the Burnett County Government Center. The building was renovated in 2003. The architect was Ayres Associates of Eau Claire and the contractor was Huotari Construction of Medford. 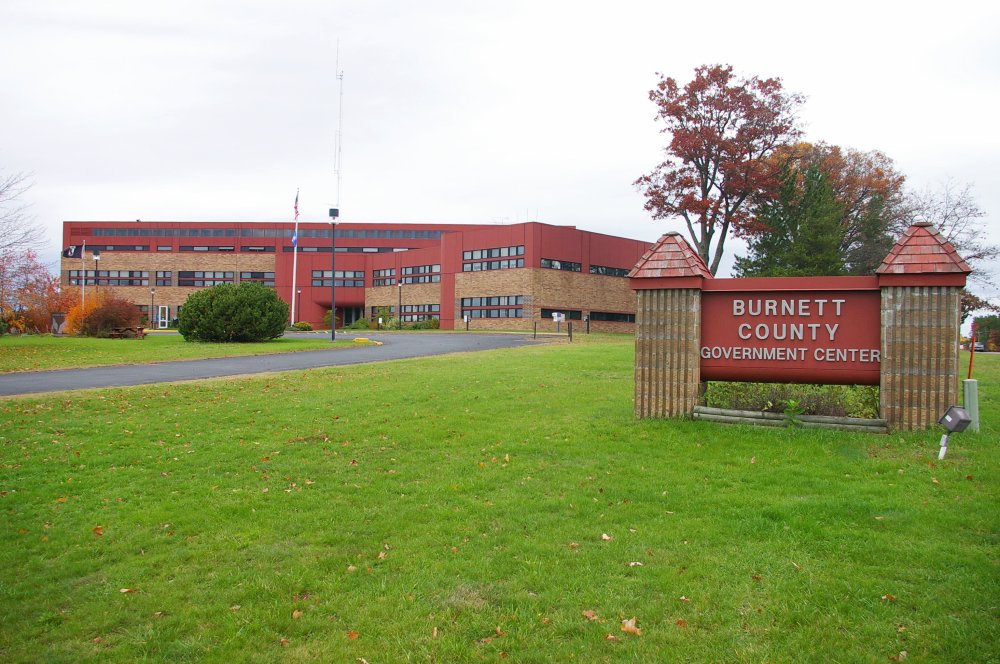 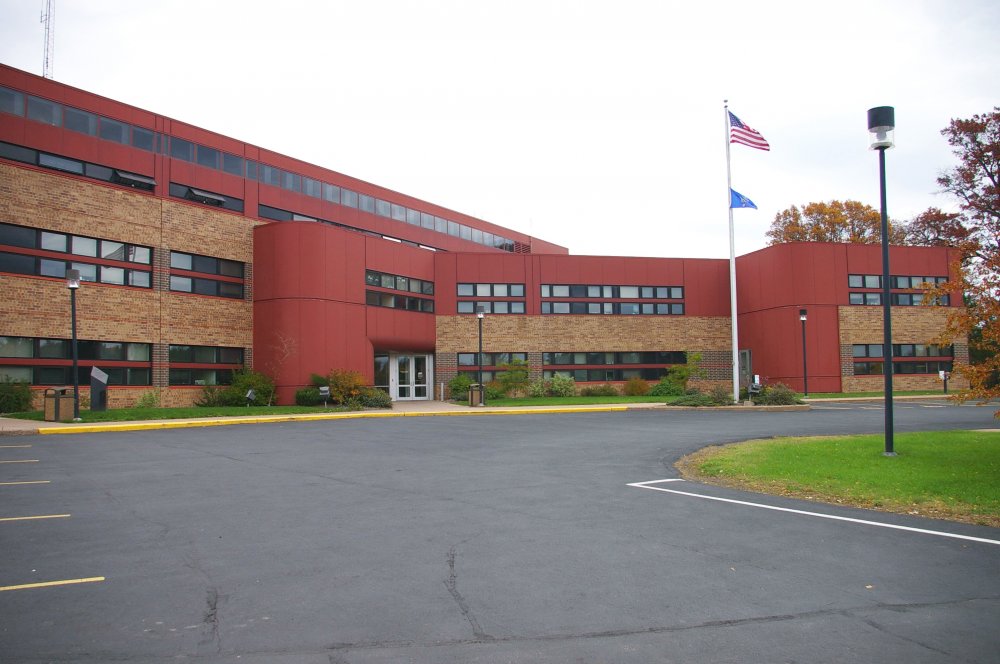