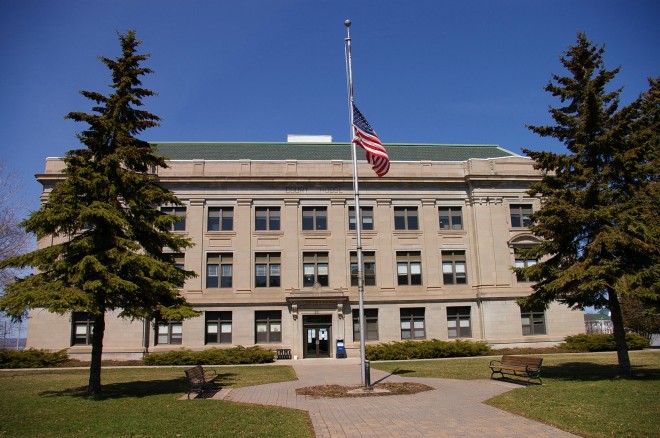 Description:  The building faces southeast and is a three story limestone and sandstone structure. The building is located on spacious landscaped grounds in the center of Ashland. Square pillars rise from the second to third story on all sides. Over the southeast front entrance is a small protruding balcony. On the roof line is a wide stone border with green roof above. The interior plan is regular, with cross-plan halls and stair providing access to county offices. Floors and wainscoting are still the original Vermont gray veined marble. The wide stairs at the north end of the first story lobby are marble, with an ornamental steel balustrade and wood railing. The original circuit courtroom in the center of the third story retains the original maple and oak-trimmed judge’s bench, jury box, and benches. The secondary courtroom on the second story is likewise well preserved. 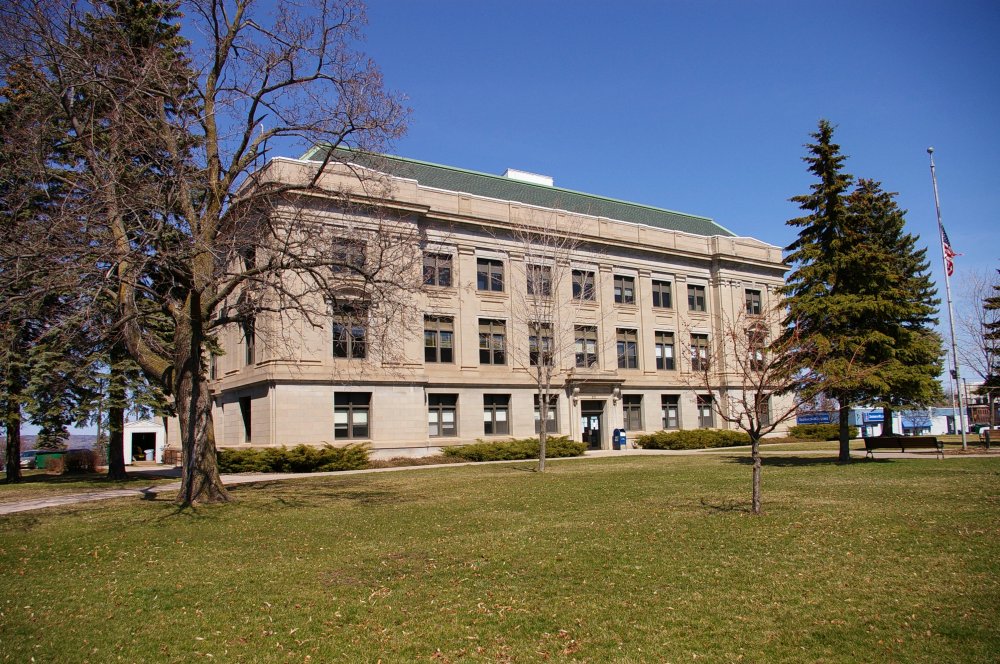 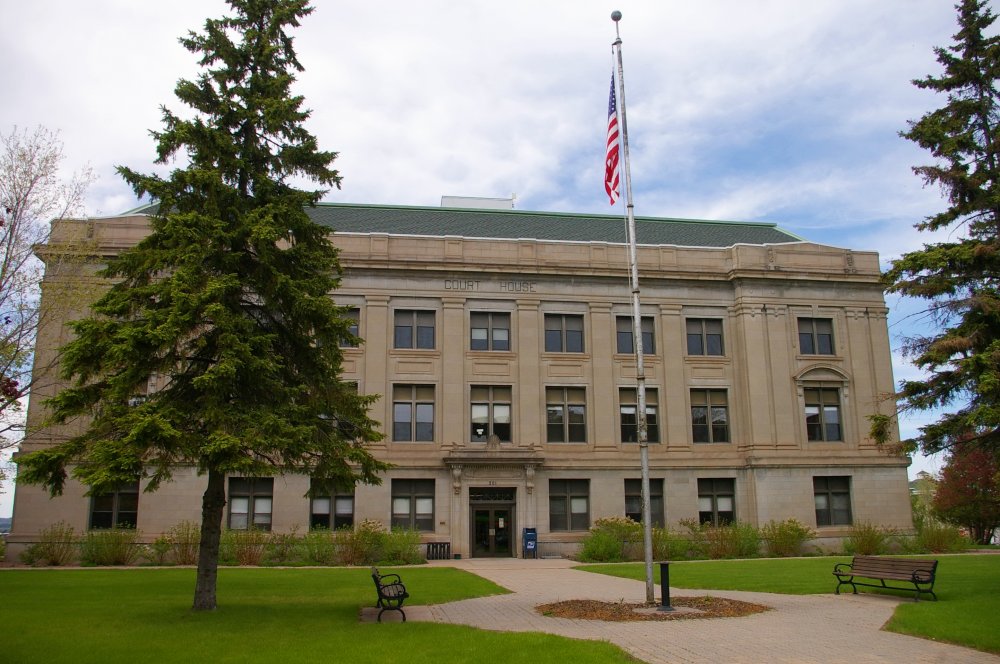 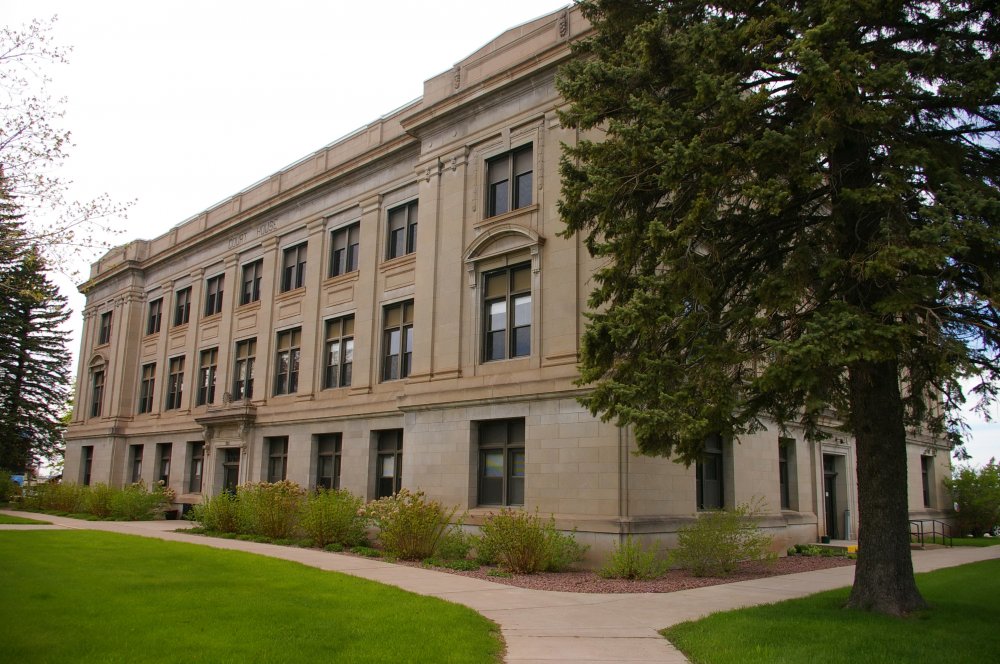 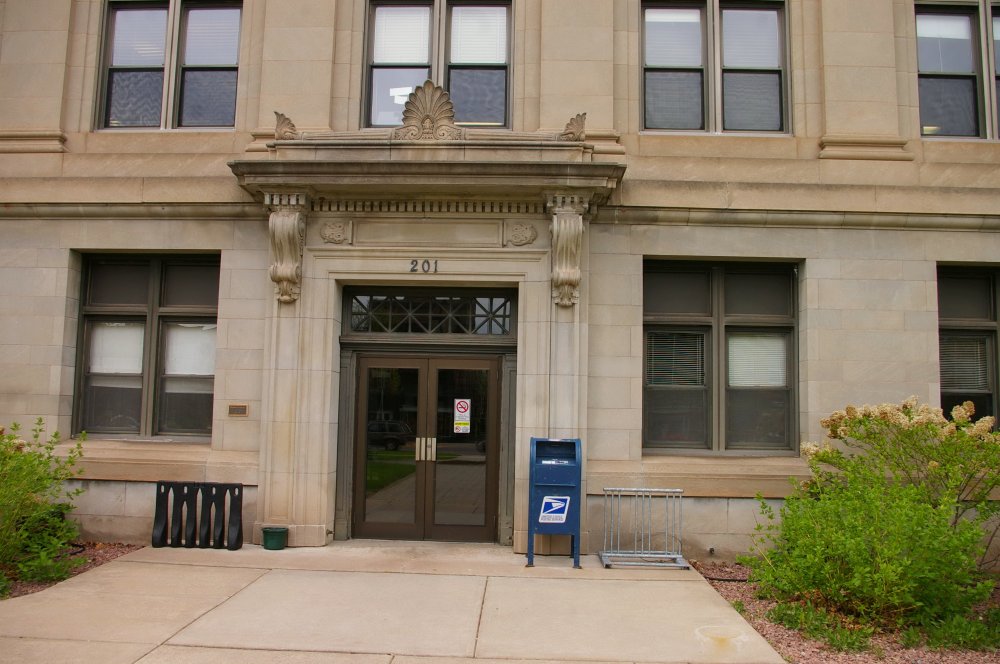 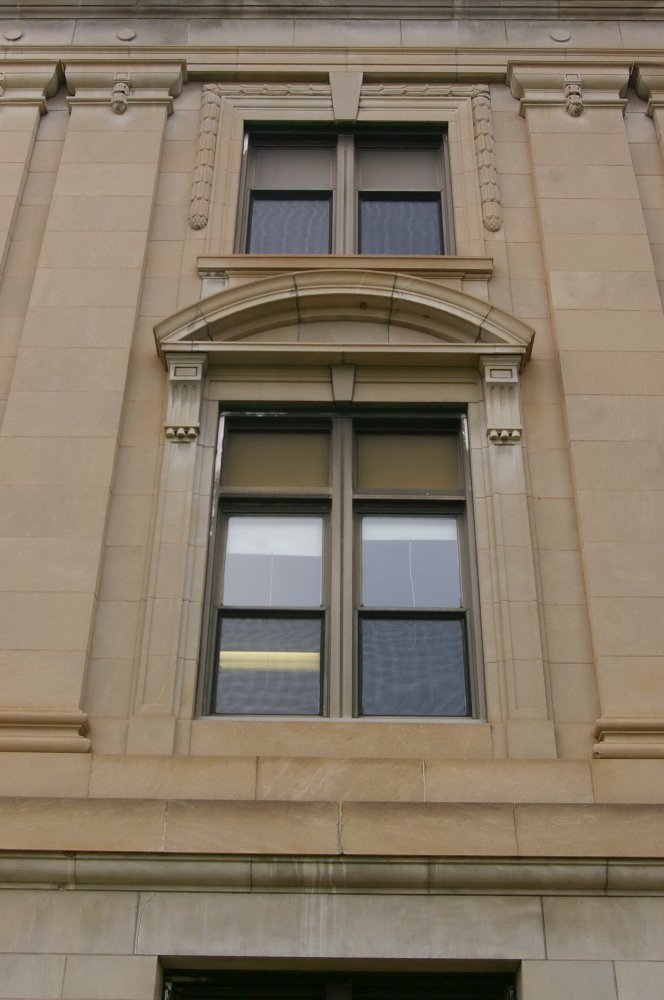 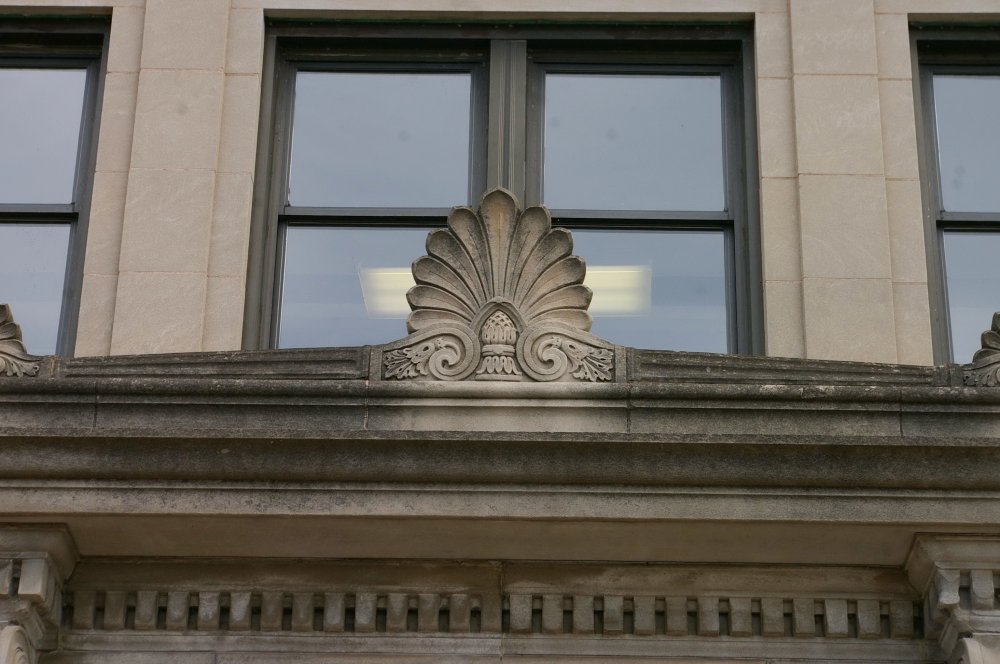 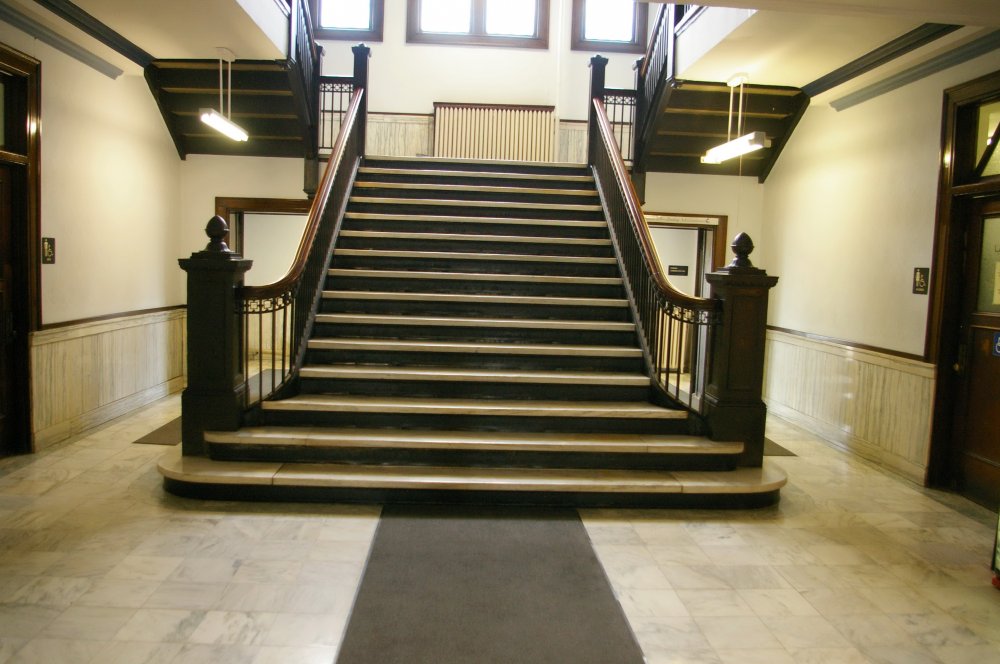 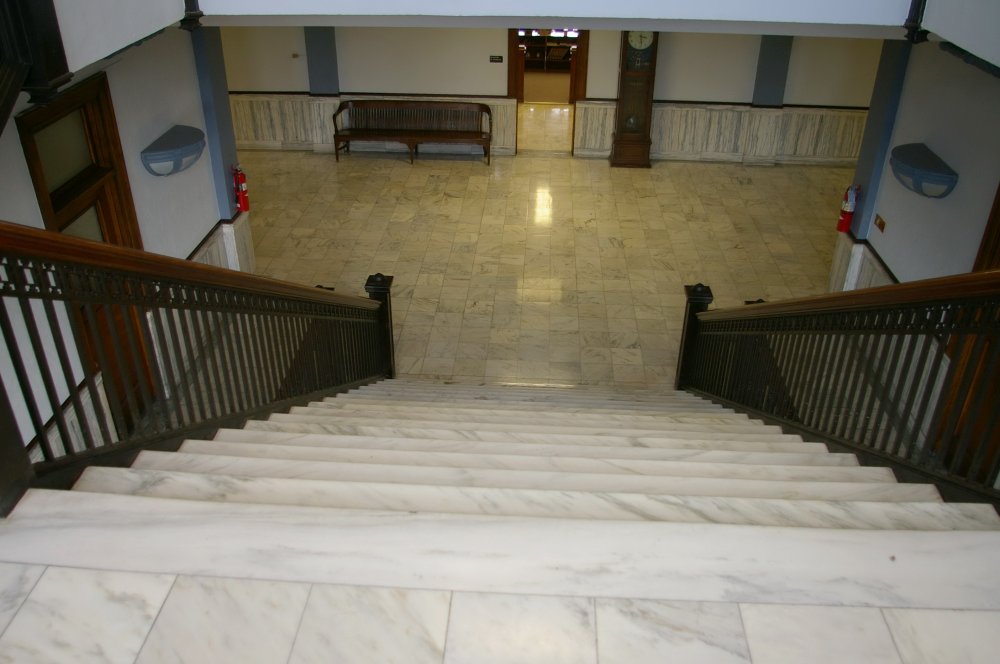 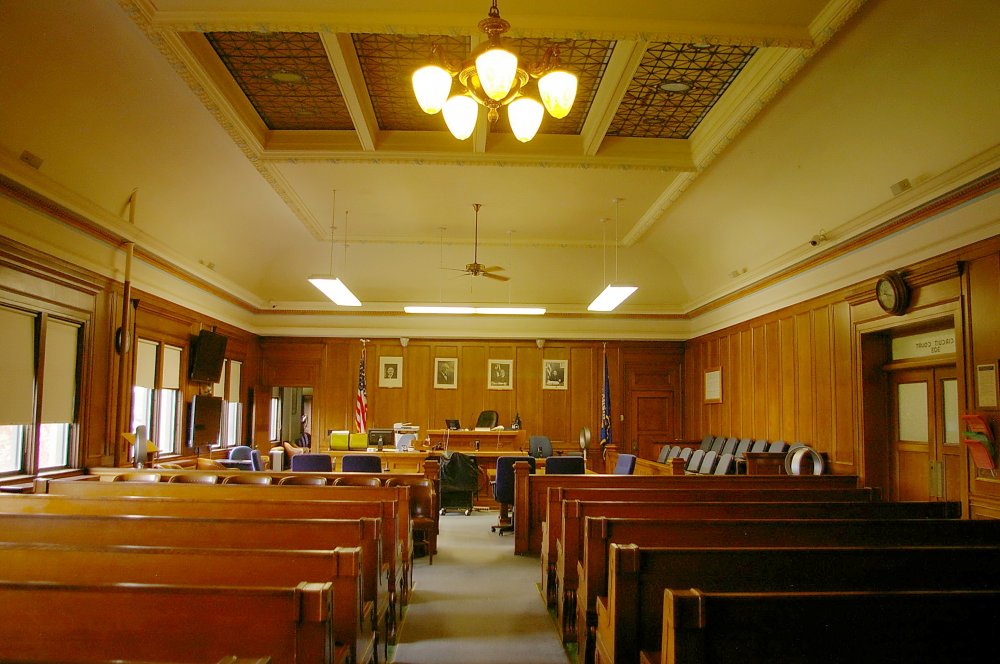 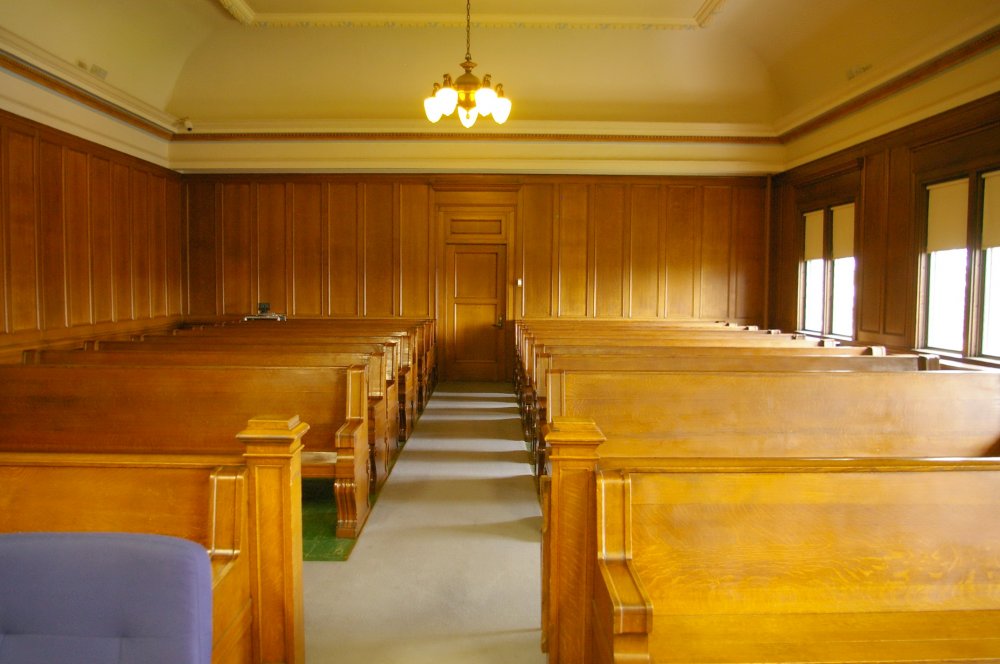 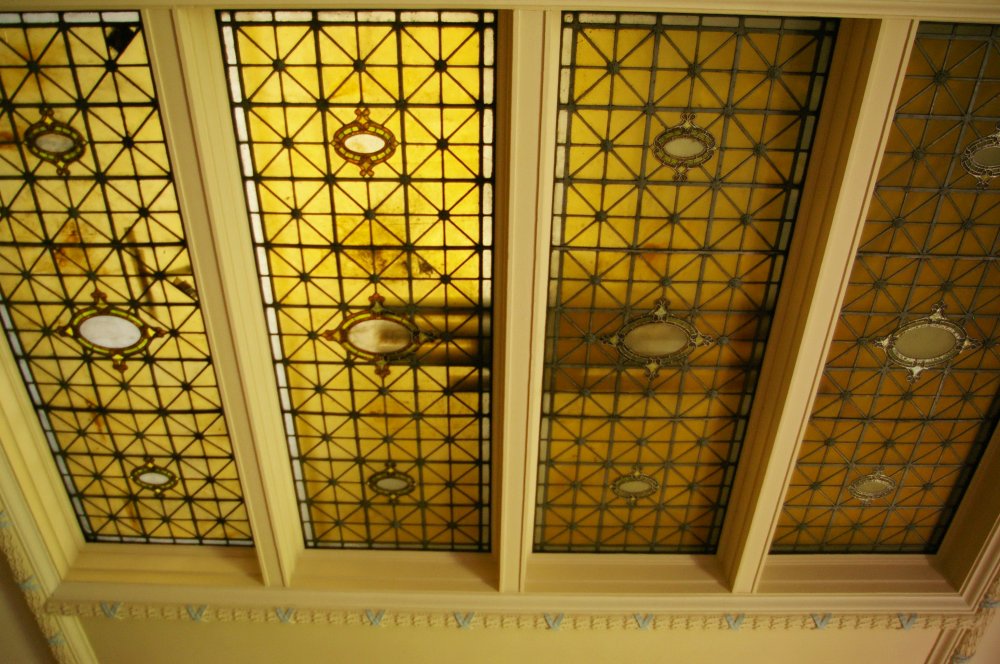