Barron County is named for Henry D Barron, who was a Wisconsin legislator and judge. 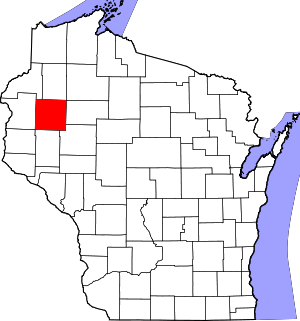 Description:  The building faces north and is a three story colored concrete and glass structure. The building is located on landscaped grounds in the center of Barron. The west wing of the building is one story with the north and south main entrances on the east side, abutting the higher part of the building. There is a carillon on the grounds. The building houses the county administration. The building was renovated in 1989. The architect was Wayne E Spangler and the contractor was Northwest Builders, Inc