Chippewa County is named for the Ojibwe or Chippewa Native American people.

Description:  The building faces west and is a two story gray stone and concrete structure. The building is located on landscaped grounds in the center of Chippewa Falls. The west front has entrance doors on the north and south. The windows are longer in size on the second story. The roof line is flat. The building houses the County Circuit Court of the 10th Judicial Circuit. An addition was added in 1990 which preserved the existing structure. 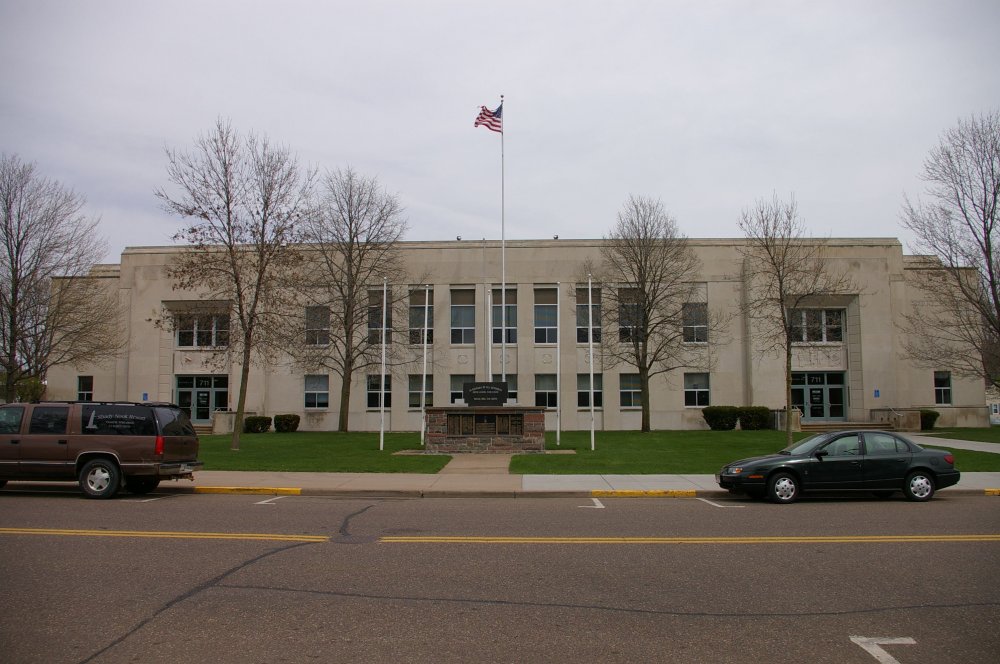