Bayfield County is named for Henry Bayfield, who was a British naval officer who preformed the first survey of the Great Lakes region.

Description:  The building faces south and is a two story dark red colored sandstone structure. The building is located on spacious landscaped grounds in the center of Washburn. On the center of the roof is a small round cupola with silver colored roof. The main entrance on the south west side is marked by a tetra-style portico with a flight of broad steps leading to the free standing colonnade which supports a simple architrave, unadorned frieze, and pediment. The columns are unfluted Corinthian. The main block is divided horizontally into four units. The basement continues to the height of the portico, and it is faced with smooth stone. A single, thin course of stone separates this from the first story which is faced with smooth-faced, rusticated stone with chamfered edges separating the courses. The division between first and second stories is sharply marked by a projecting course of brownstone. The second story is faced with large smooth-finished blocks. The interior has the original floors and ceilings remain along with the original stairs and woodwork. The courtroom has been converted to the commissioners chamber. The first addition was constructed in 1930 and the second addition was constructed in 1964. On the northwest side of the building is a two story red colored brick and sandstone addition constructed in 1998. The architect was the Stanius Johnson Architects of Duluth, Minnesota and the contractor was Frank Tomlinson Construction of Ashland. The courtroom was renovated in 2008. The building houses the County Circuit Court of the 10th Judicial Circuit. The architect was KKE Architect of Minneapolis, Minnesota and Cheqamegon Bay Engineering of Ashland the contractor was Luppino, Inc. of Iron Belt. 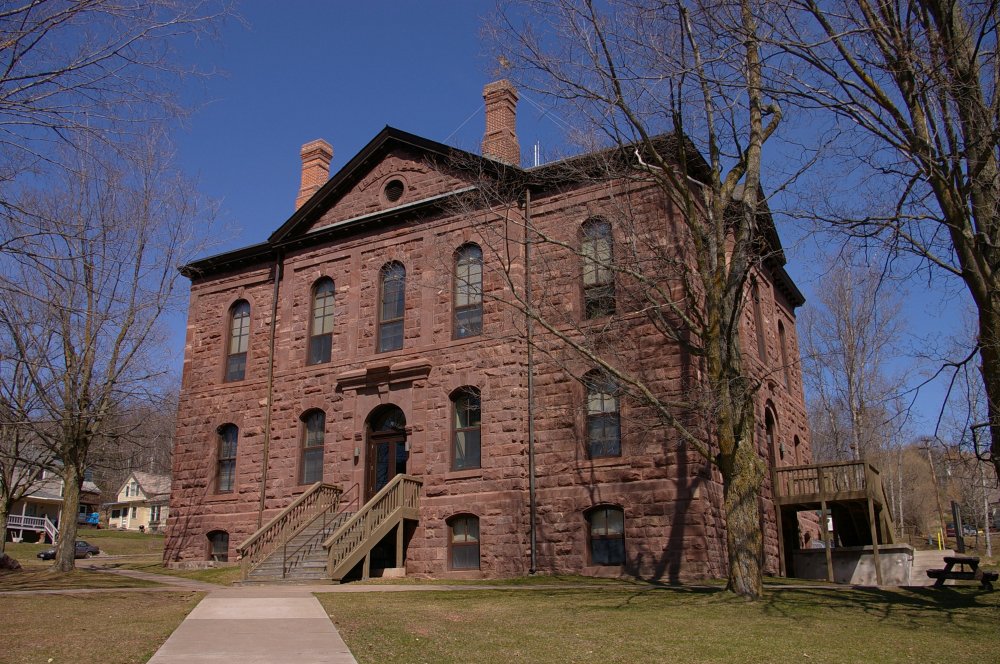 Description:  The building  faces south and is a two story brownstone structure. The building is located on spacious landscaped grounds in the center of Bayfield. The stonework, except that used in trim, is heavily rusticated. The main facade is five bays wide with three central bays set forward and marked by a pediment. The building is divided horizontally by a smooth finished course of stone at the first, second, and attic story levels. The main south entrance is surrounded by a rectangular frame constructed of alternating blocks of smooth and rock-faced stone with arched entrance on the first story and rising to a pediment at the roof line. The windows are arched. The roof is hipped. 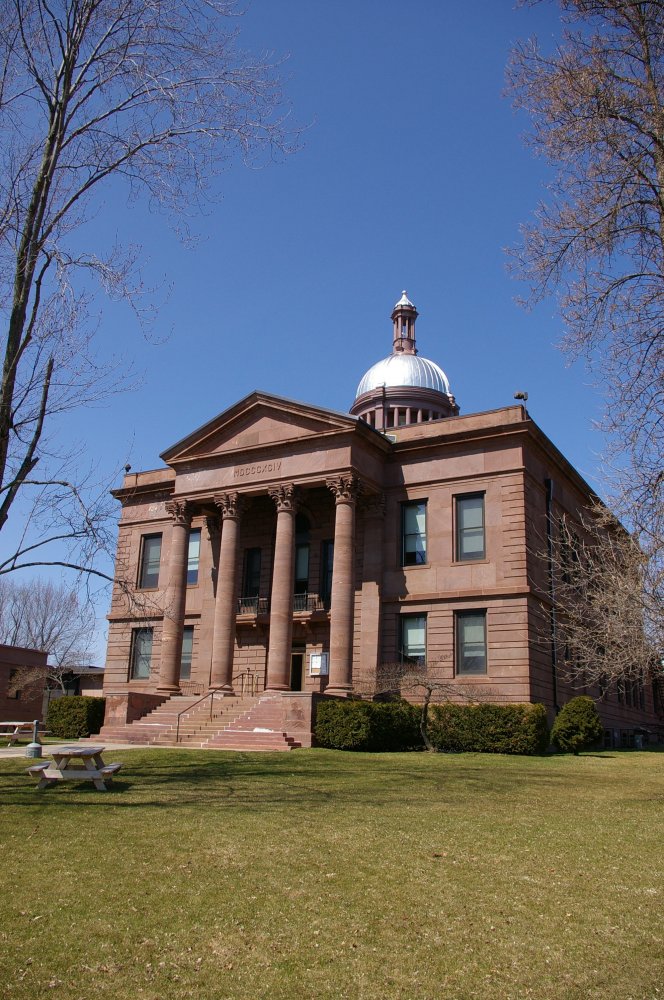 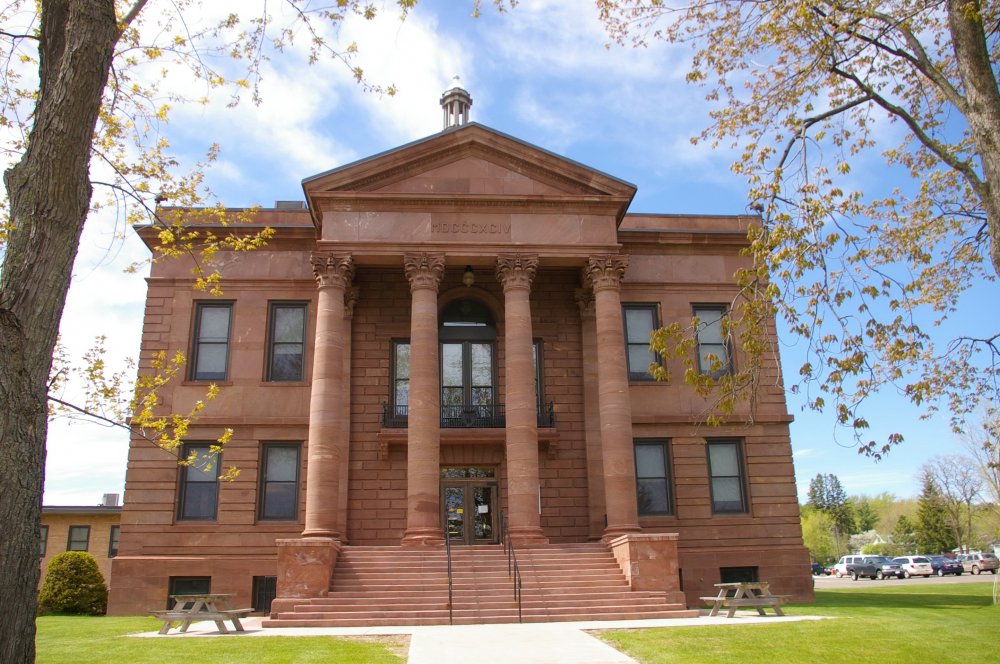 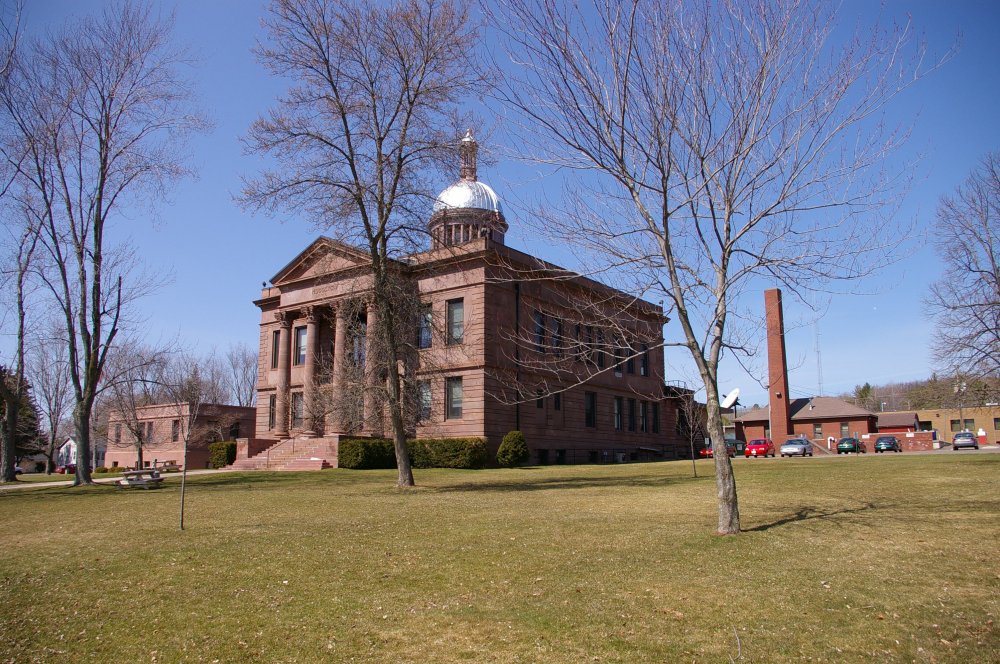 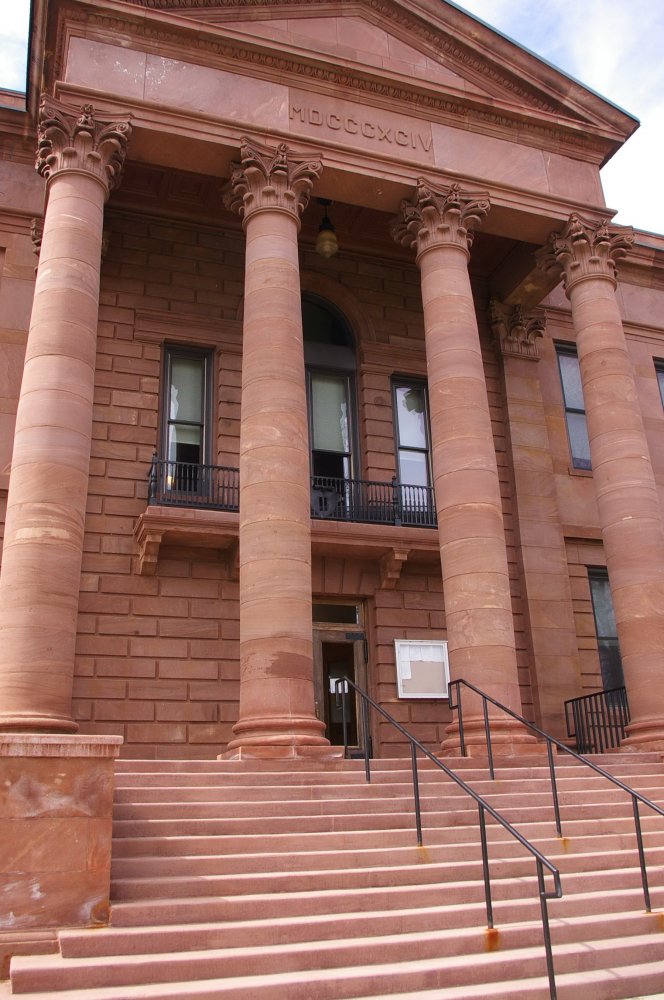 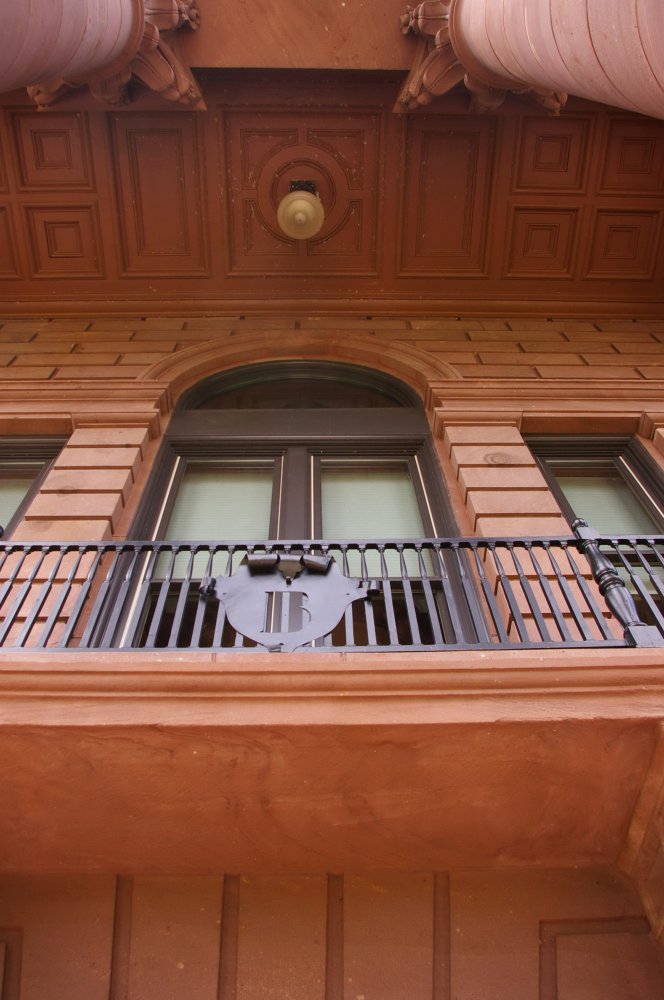 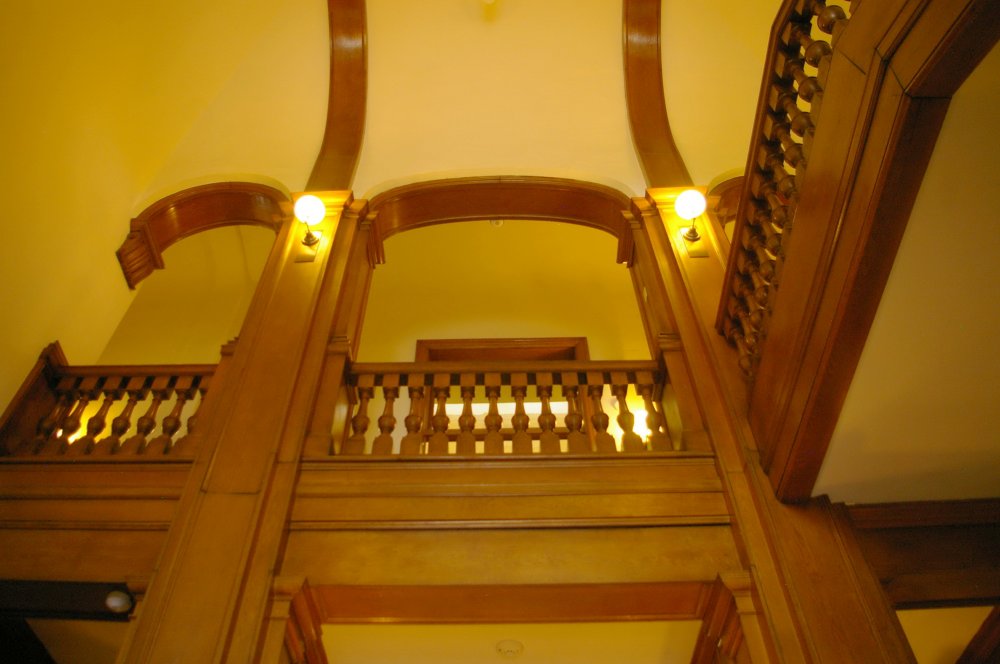 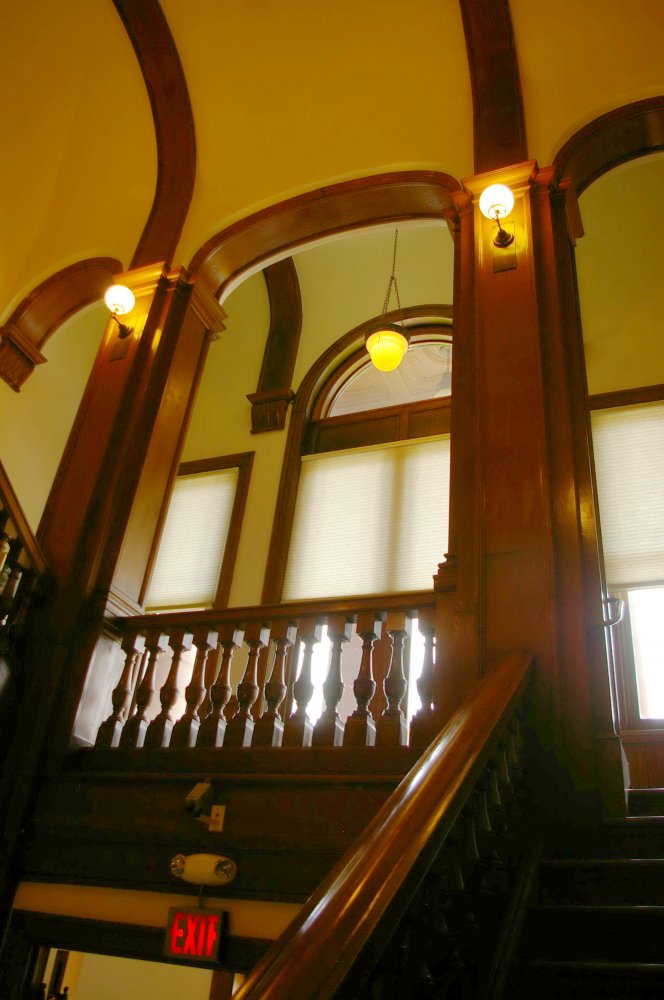 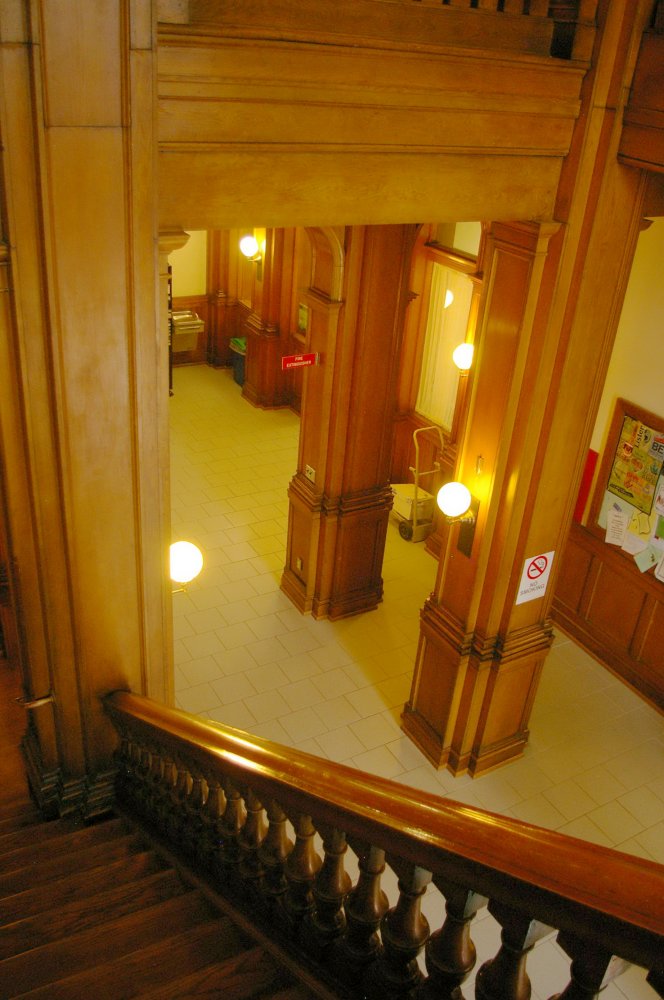 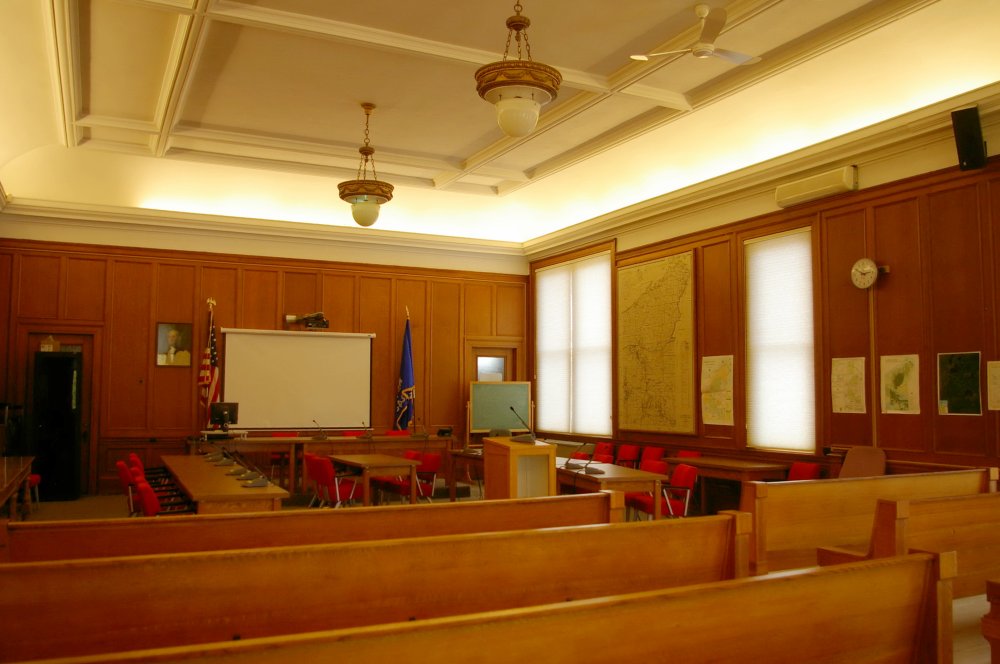 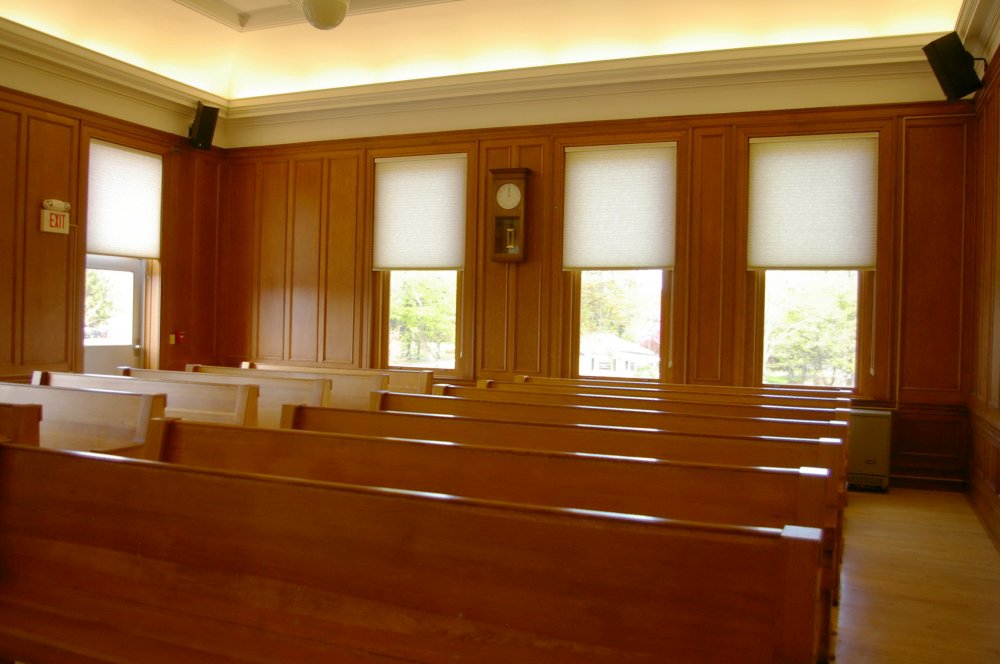