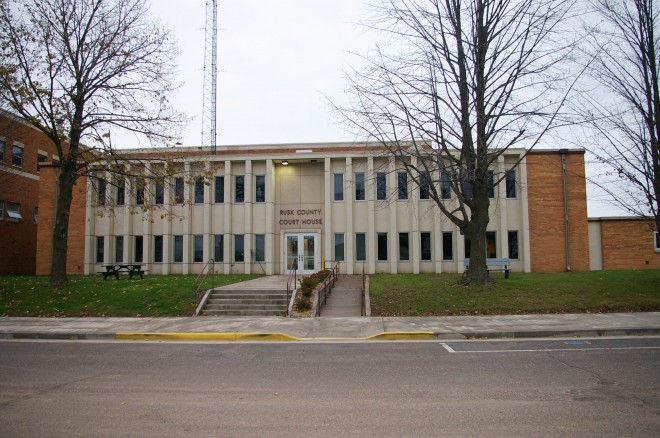 Rusk County is named for Jeremiah Rusk, who was the Governor of Wisconsin from 1882 to 1889. 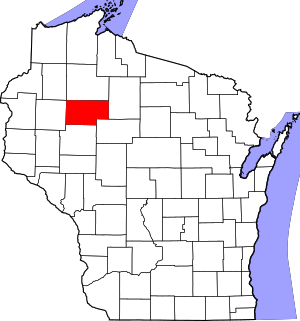 Description:  The building faces south and is a two story brick and concrete structure. The rectangular shaped building is located on landscaped grounds in the center of Ladysmith. The south front has vertical concrete dividers with long narrow windows between. The central recessed entrance has a solid white colored stone panel above the doorway. The rest of the building is a red-yellow colored brick and the roof line is flat. In the interior is the courtroom. The building houses the County Circuit Court of the 10th Judicial Circuit. The building was constructed as an annex with the old courthouse on the north side.

History:  Gates County was created in 1901 and changed to Rsk County in 1905. The first courthouse was designed and constructed by Stanley Manufacturing Company in 1902 to 1903 and is still standing. The second and present courthouse was constructed in 1964 to 1965 and the old courthouse was remodeled in 1992 to 1996 as the Administration Building and parts of the original building was demolished as the new additions were constructed. 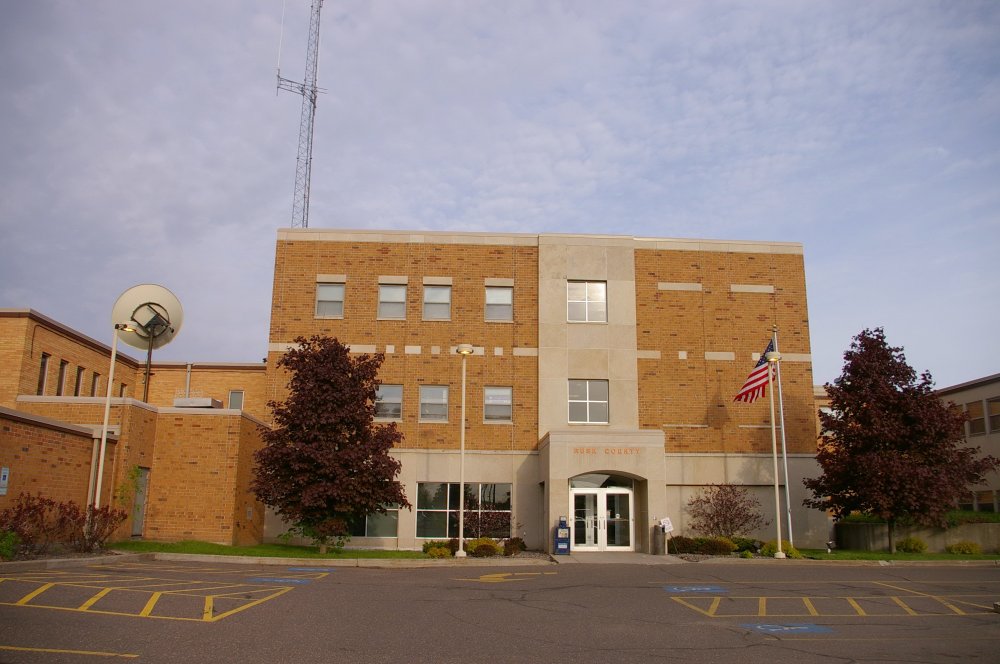 Description:  The building faces east and is a modern three story red colored brick and concrete structure. The building is located on the north side of the courthouse in the center of Ladysmith. The building was the original county courthouse designed and constructed by Stanley Manufacturing Company in 1902 to 1903 and additions were added in 1992 to 1996. The east entrance has a concrete portico with concrete facing above. The roof line is flat. The building sits on the site of the old courthouse. In 1992 to 1996 the architect was Ayers Associates and the contractor was Market & Johnson, Inc. The buildings are named the “Rusk County Government Center”. The building is connected to the courthouse on the southeast side. 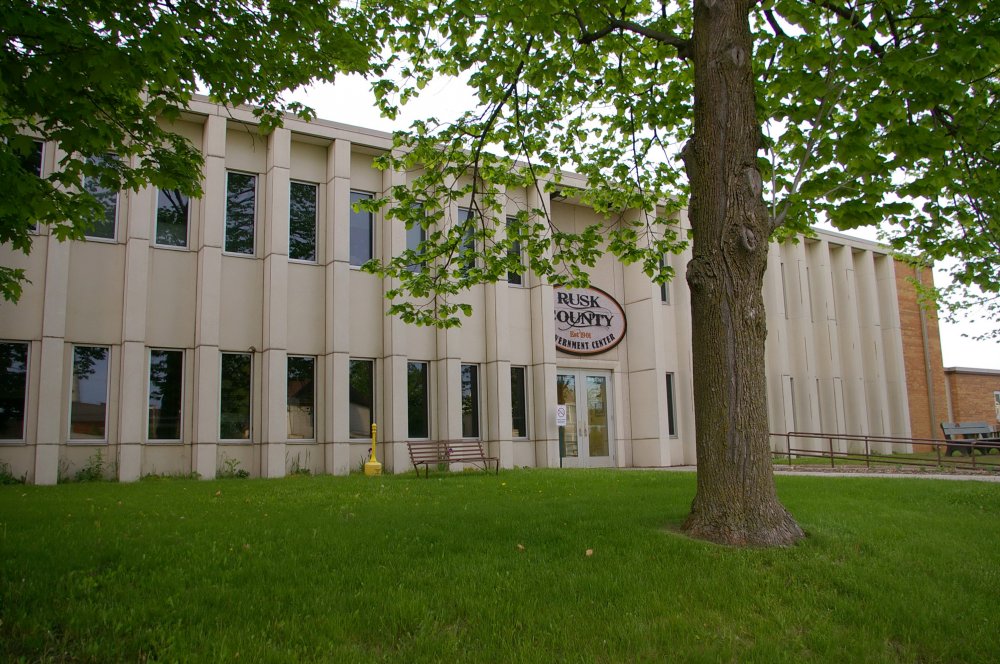 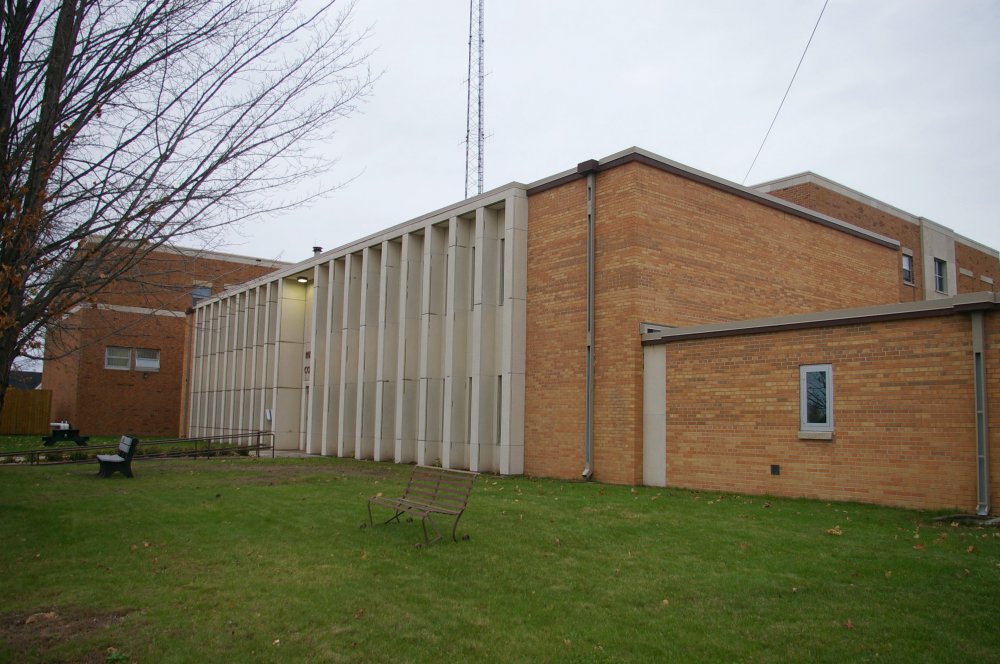 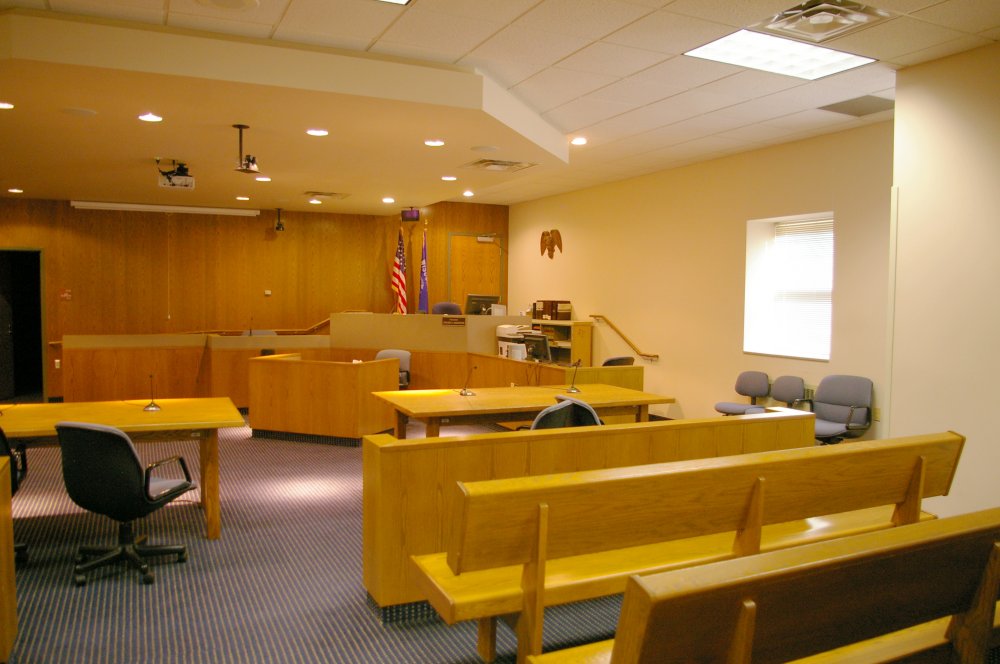 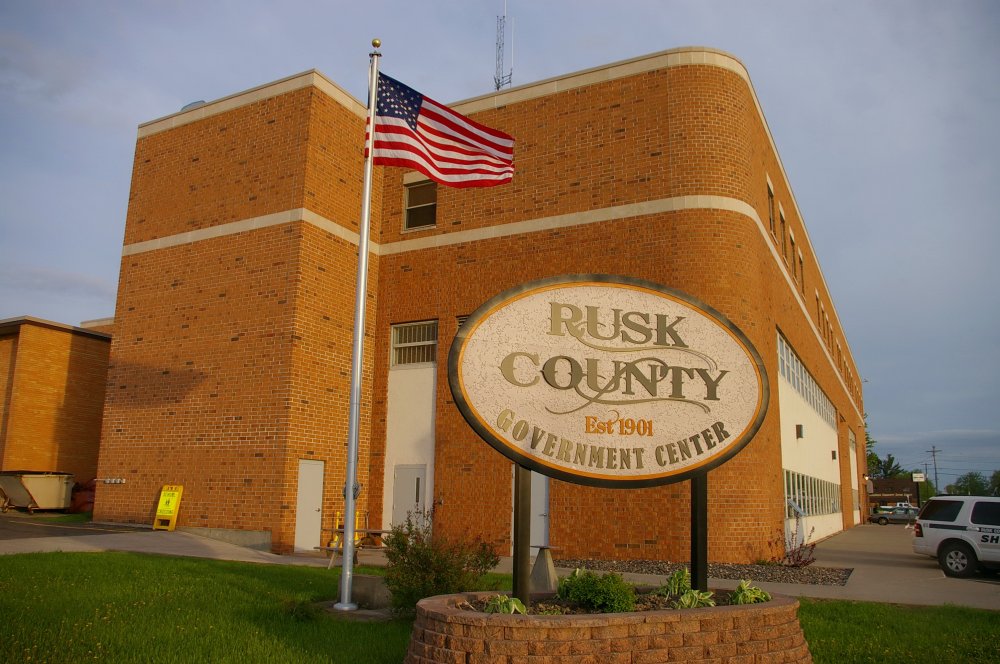 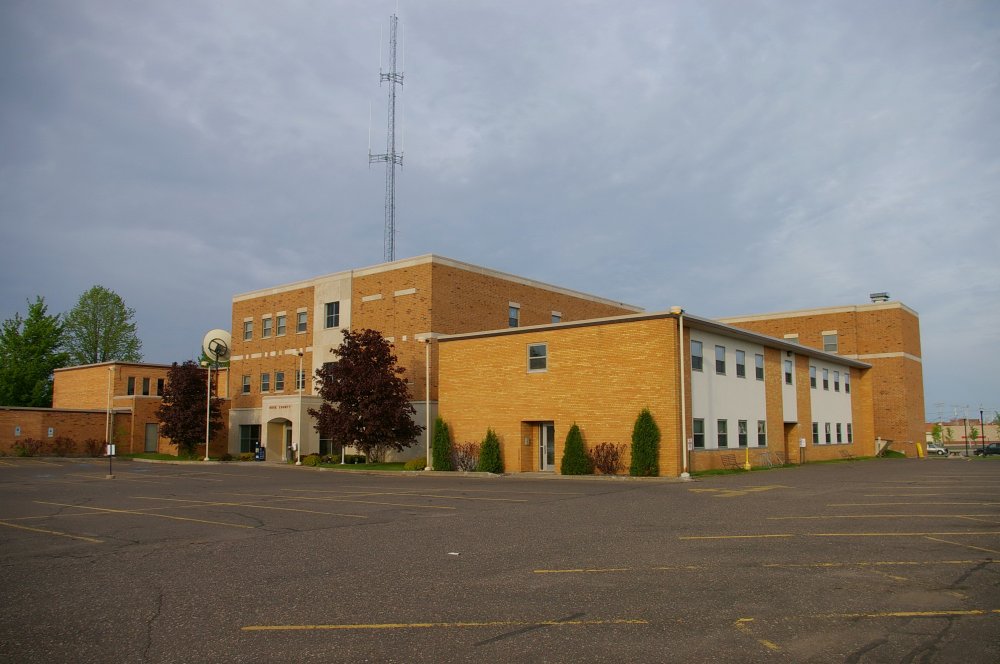 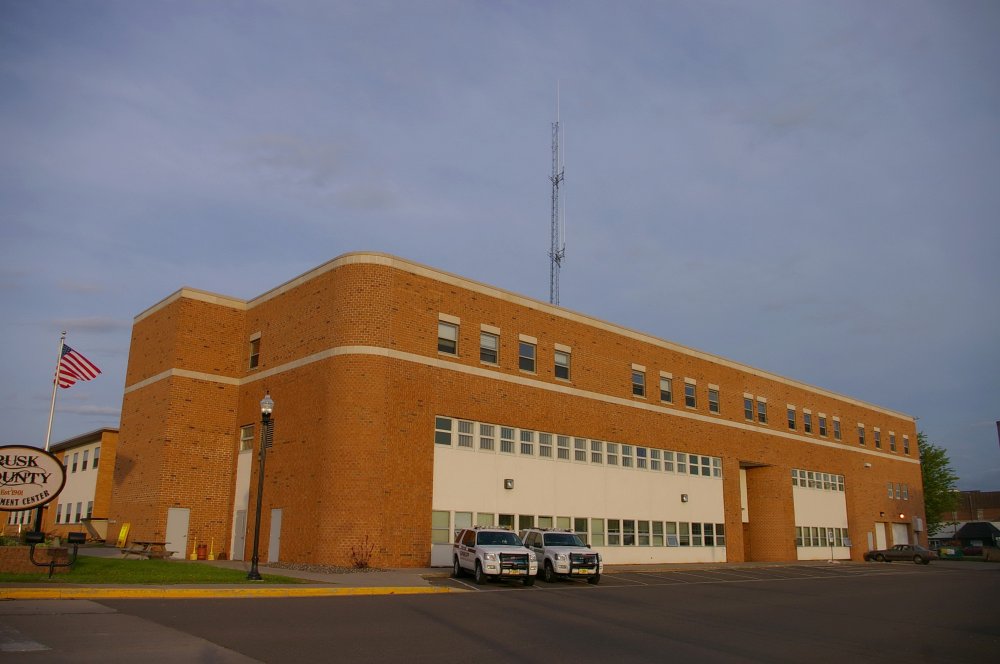 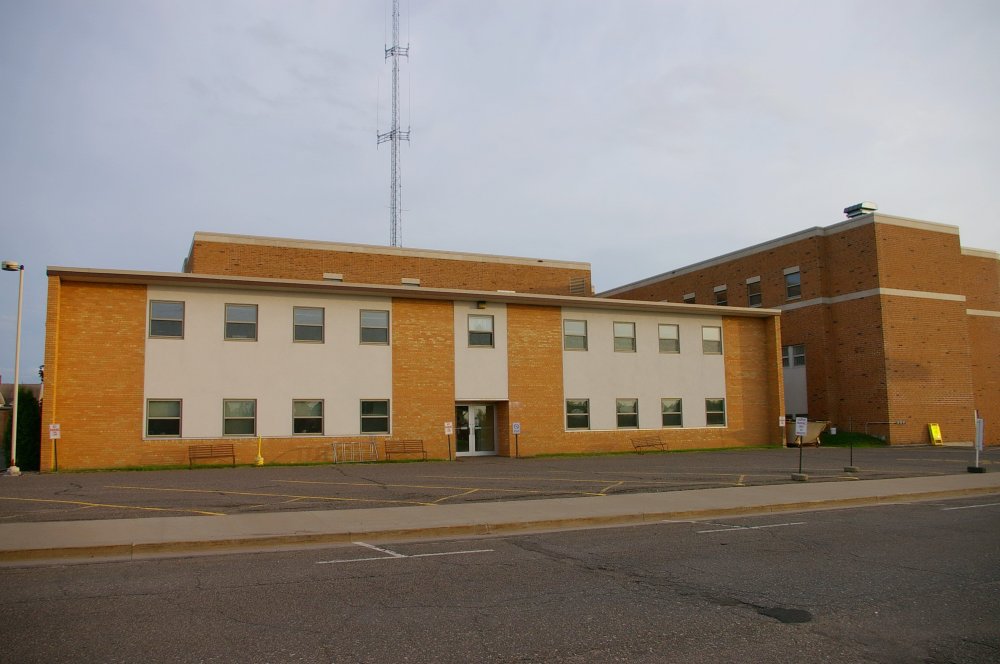 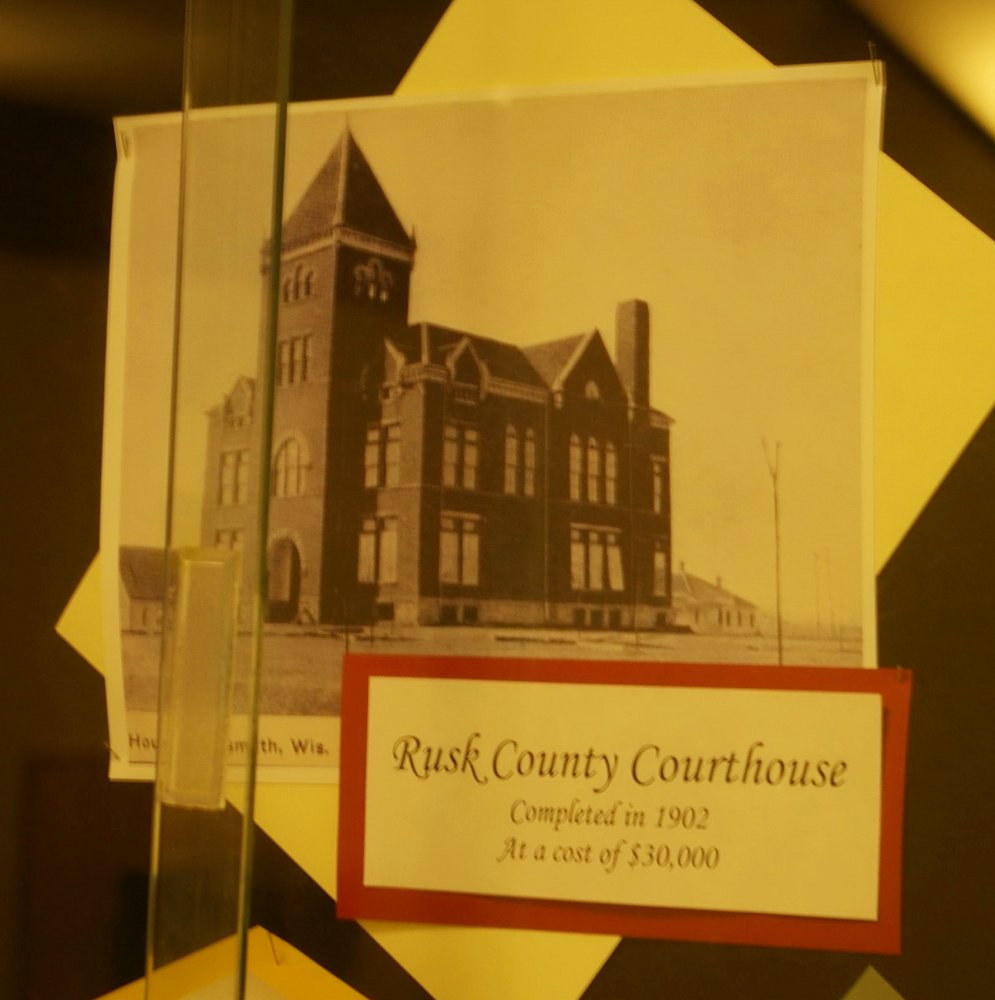 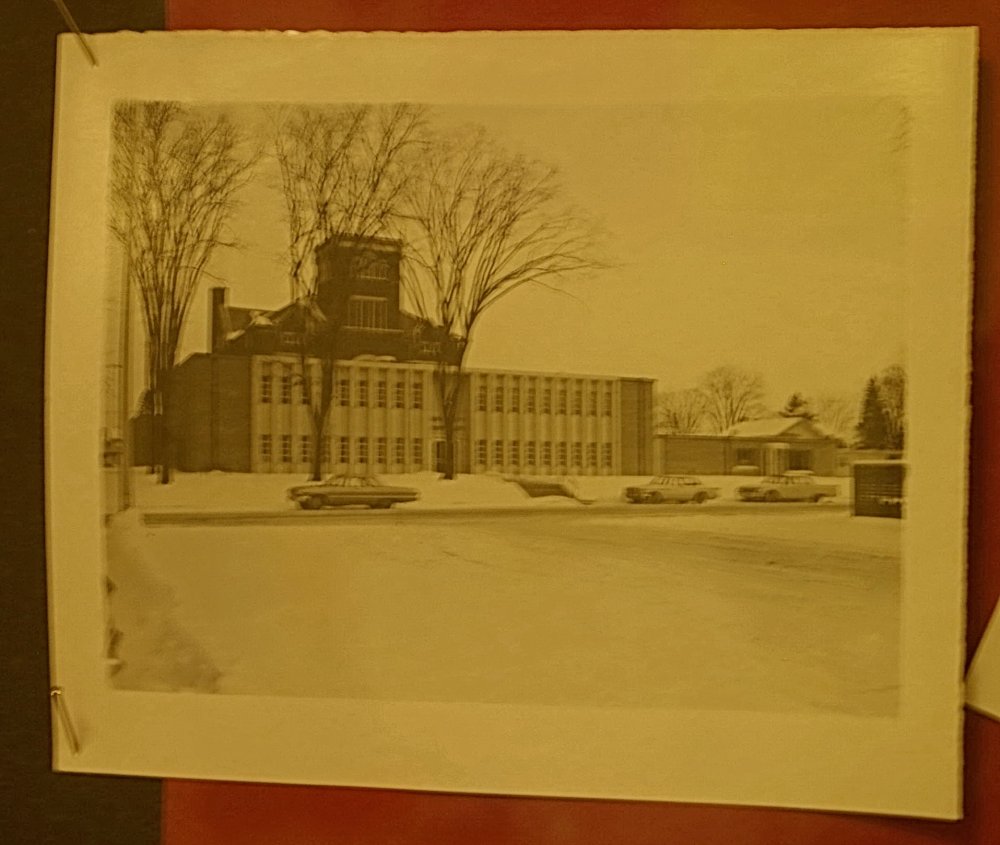