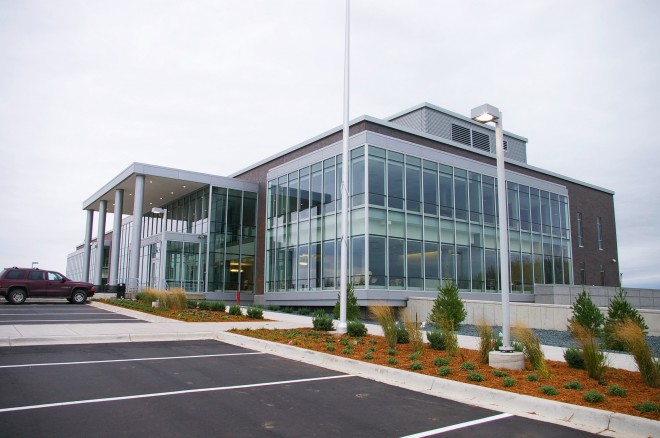 Pine County is named for the abundance of pine trees growing in the area.

Description:  The building faces east and is a two story glass, concrete and steel structure sitting atop a low rise on the north side of Pine City. The east front portico is supported by four steel columns rising to the top of the second story. Under the portico is a glass entrance way with two entrance doorways. Behind the protruding glass walls is the concrete section of the building. The courtrooms are located on the second story of the south wing. 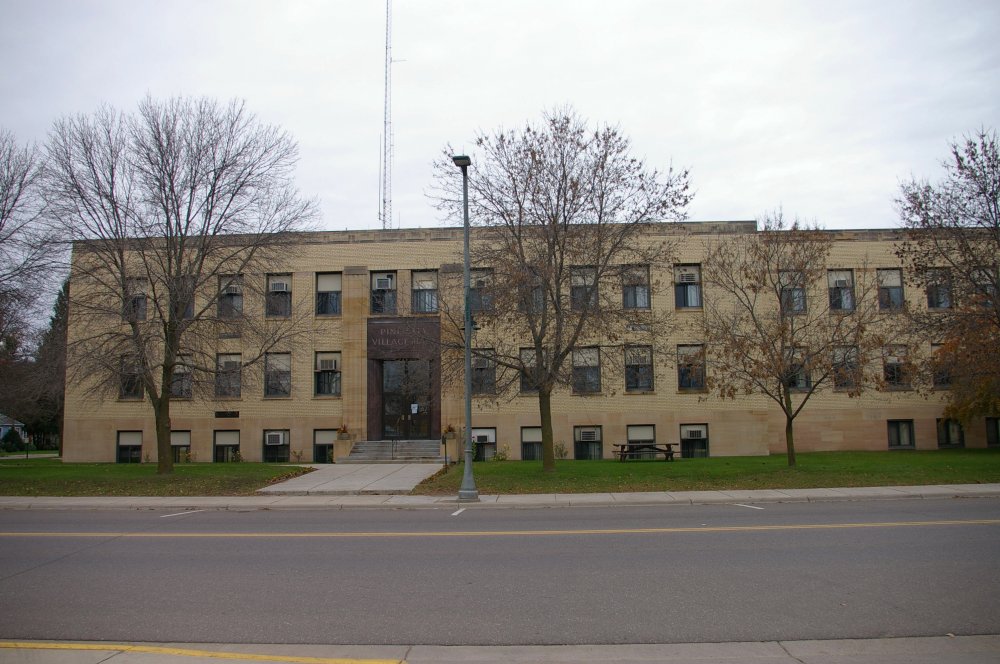 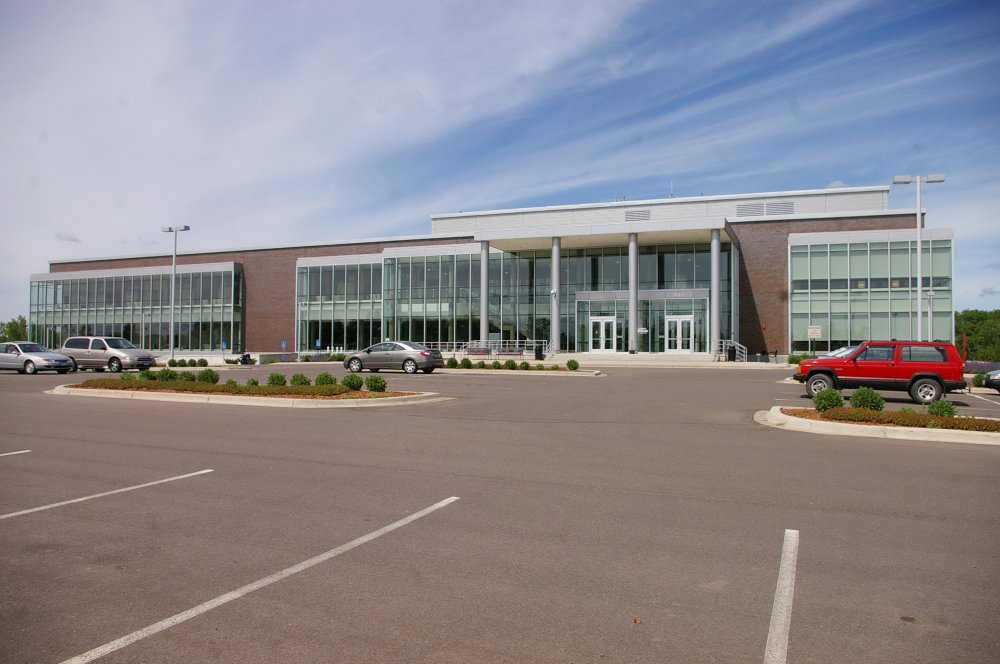 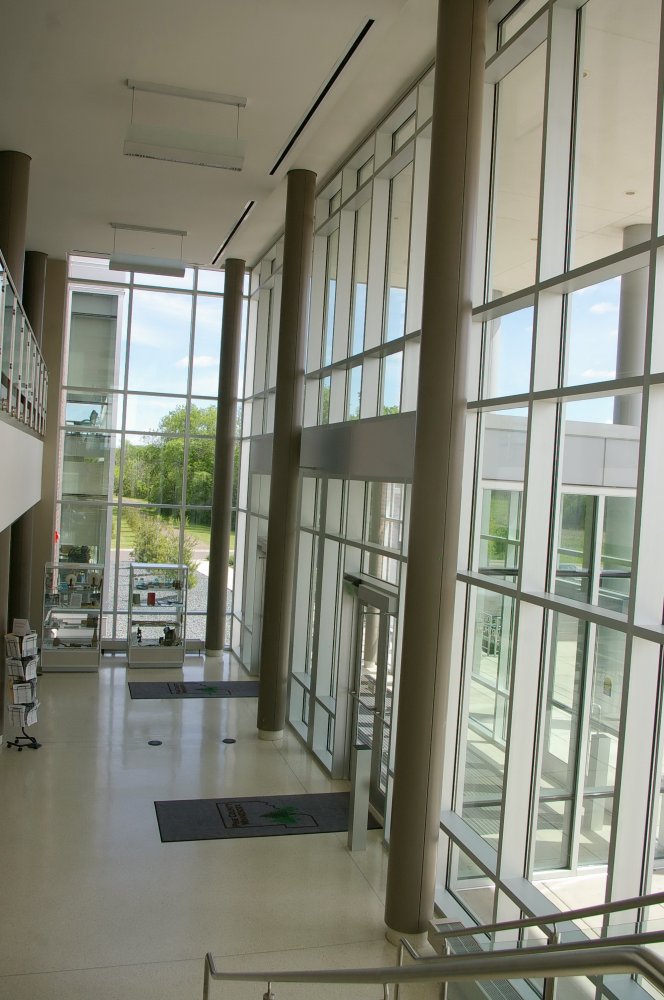 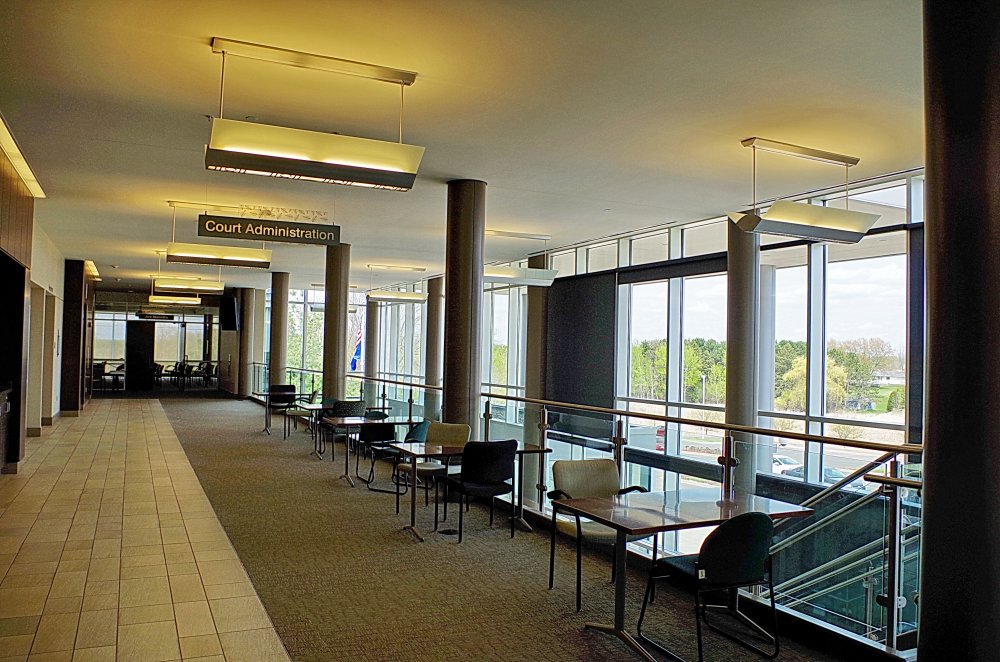 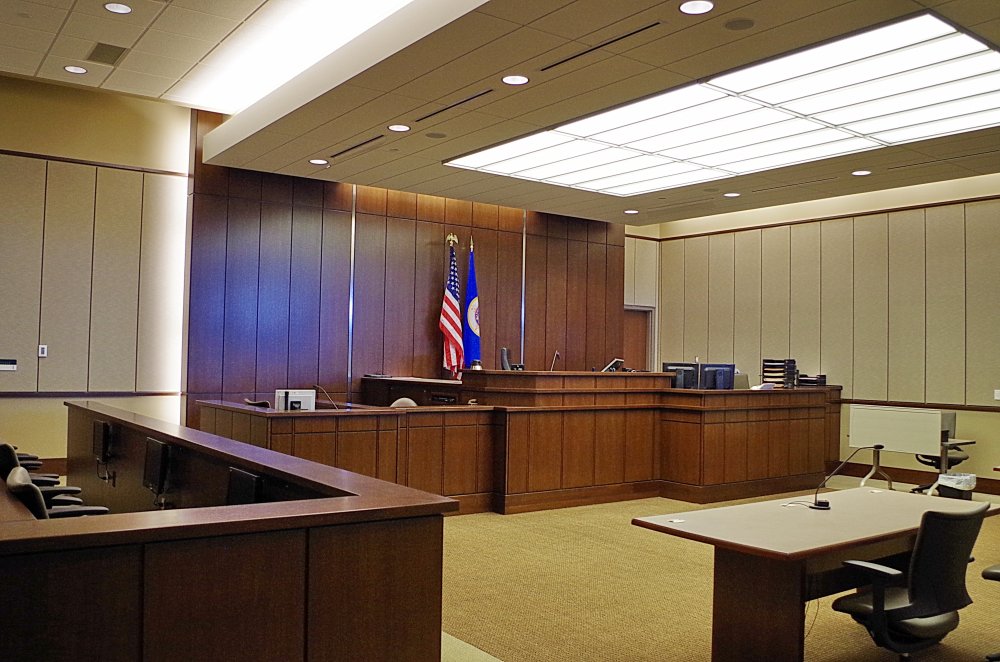 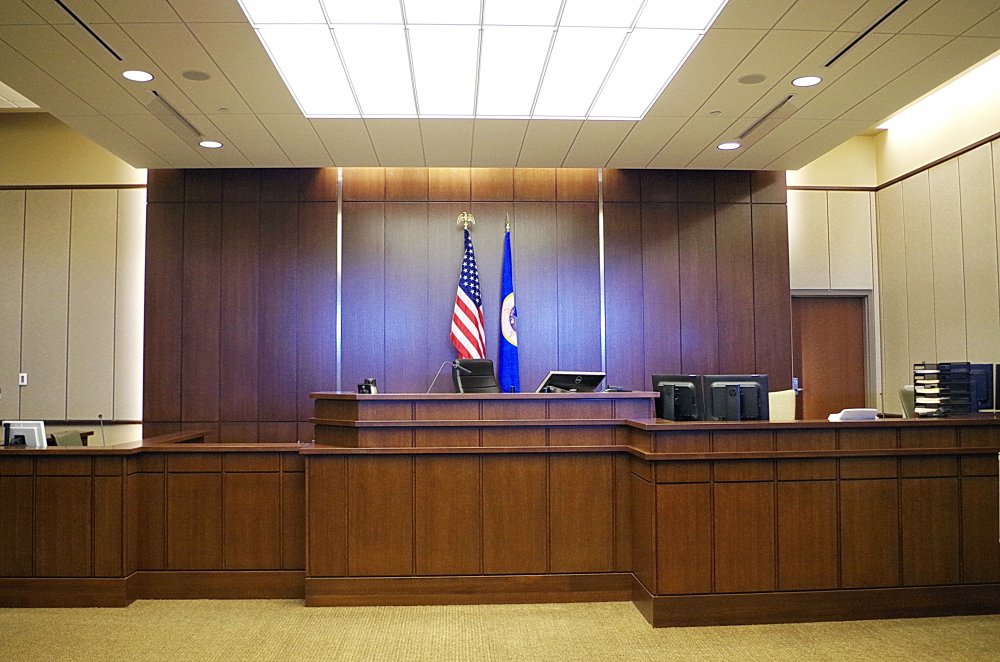 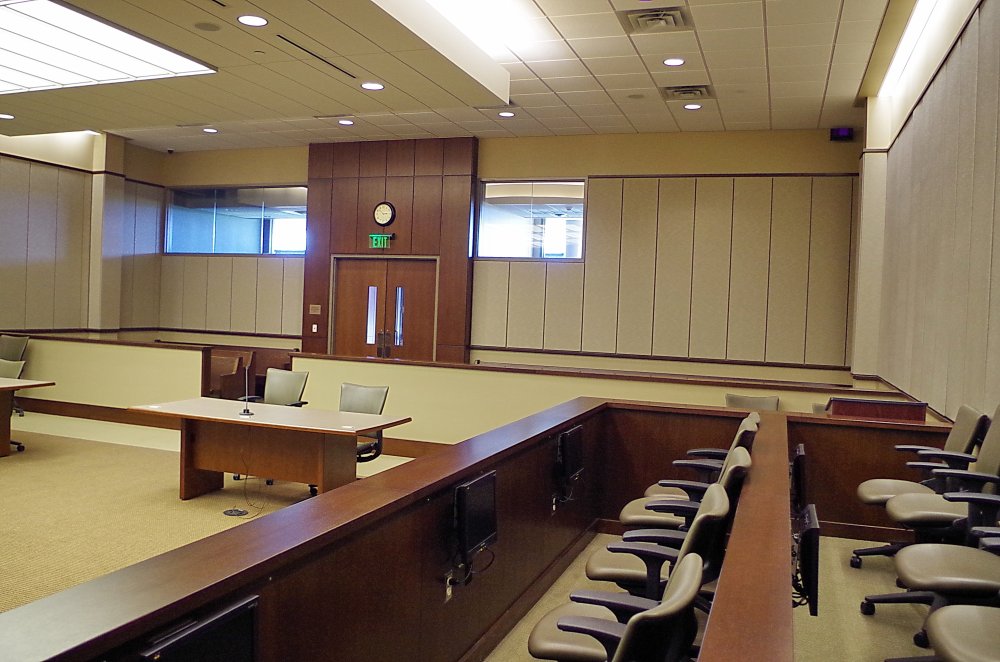 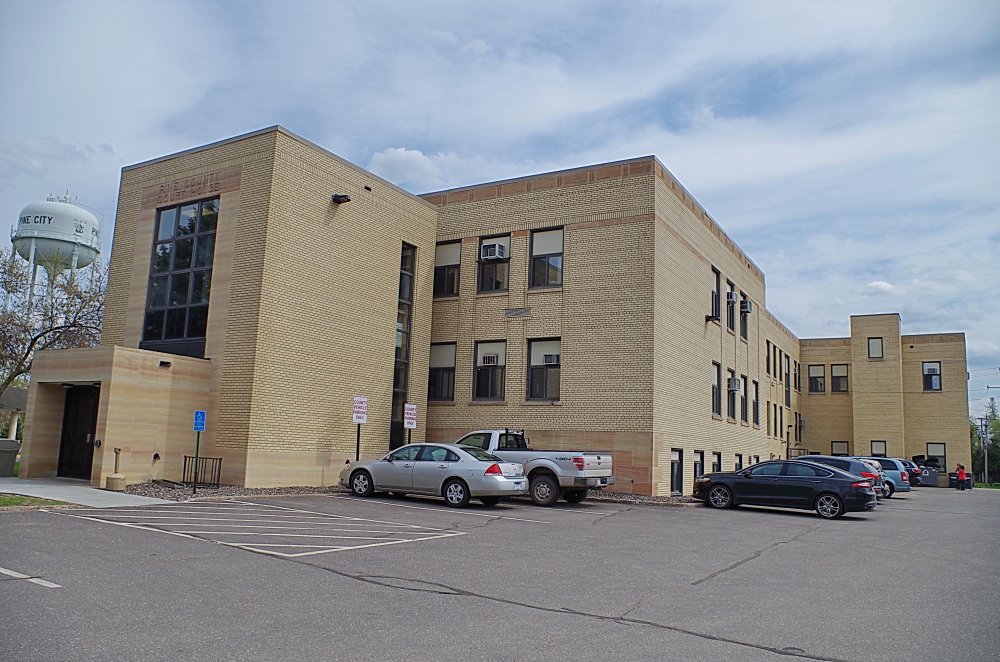