Suwannee County is named for the Suwannee River which forms the northern. Western and some of the southern boundary of the county, and the name was a corruption of the Spanish “San Juan (St.  John)” or from the Cherokee word “sawani” meaning “echo river”. 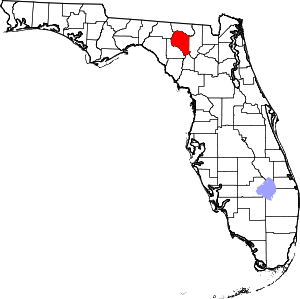 Description: The building faces east and is a two story yellow colored brick, cast stone and concrete structure. The building is located on spacious landscaped grounds in the center of Live Oak. The east front has a projecting porch with three large arches and balcony on the second story. A wide belt between the two stories wraps around the building. A large square brick clock tower rises above the east entrance with clock at the top and surmounted by a green colored copper dome. The north and south wings project and have peaked roofs. The main roof is hipped. In the interior are wooden floors and walls covered with plaster. Inside the first story entrance is a foyer and a central hall. The staircase ascends to the large central courtroom on the second story. There is a carved garland over a circular arch door behind the judge’s bench. The building houses the Circuit Court of the 3rd Judicial Circuit and County Court. A one story brick and concrete addition was added to the rear of the building in 1965.

History:  The county was created in 1858 and Houston was selected as the county seat. The home of William Hines was used for the county meetings and then at Houston in 1859. The county seat was moved to Live Oak in 1868 and court was held in the Baptist Church until it burned in 1870. The court then met in the store of John Parshley. The first courthouse was a two story structure built in 1873 at a cost of $8,000. The building was later moved across the street from the present courthouse and then later demolished after several other moves. The second and present courthouse was constructed in 1904 and 1905. 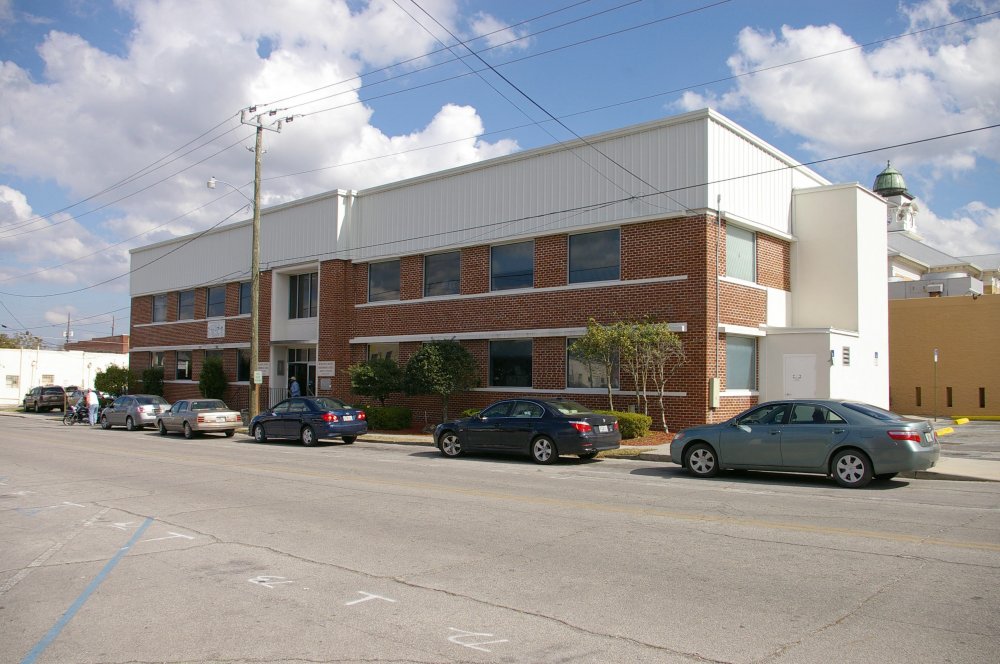 Description: The building faces west and is a two story buff colored brick and concrete structure. The building is located on landscaped grounds in the center of Live Oak on the west side of the courthouse. The west front has a central entrance with recessed doorway on the first story and window on the second story. A wide white colored section runs below the flat roof line. The courthouse is located on the east side. 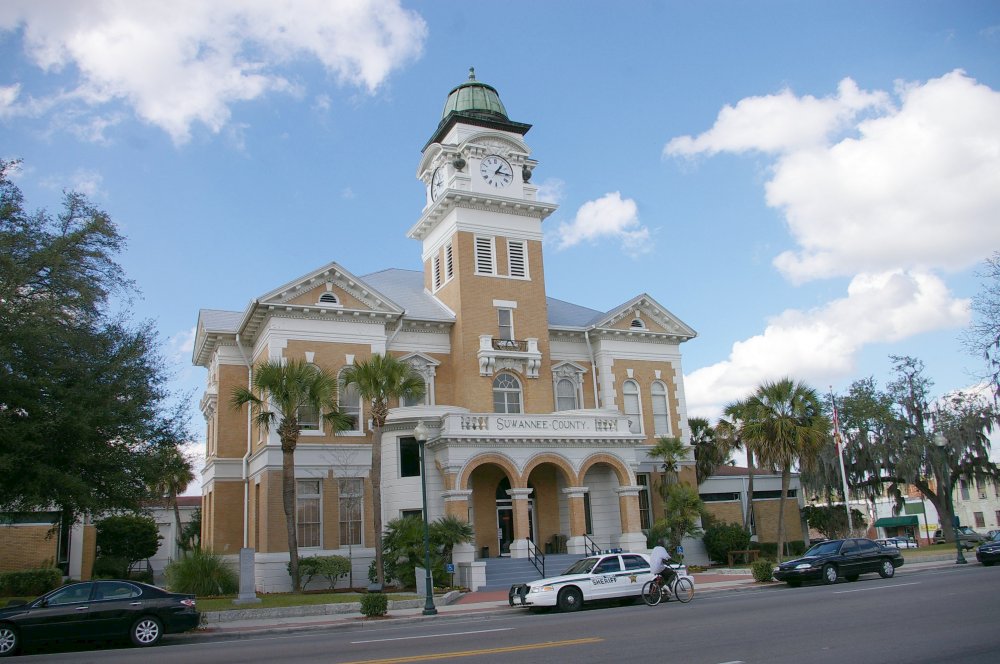 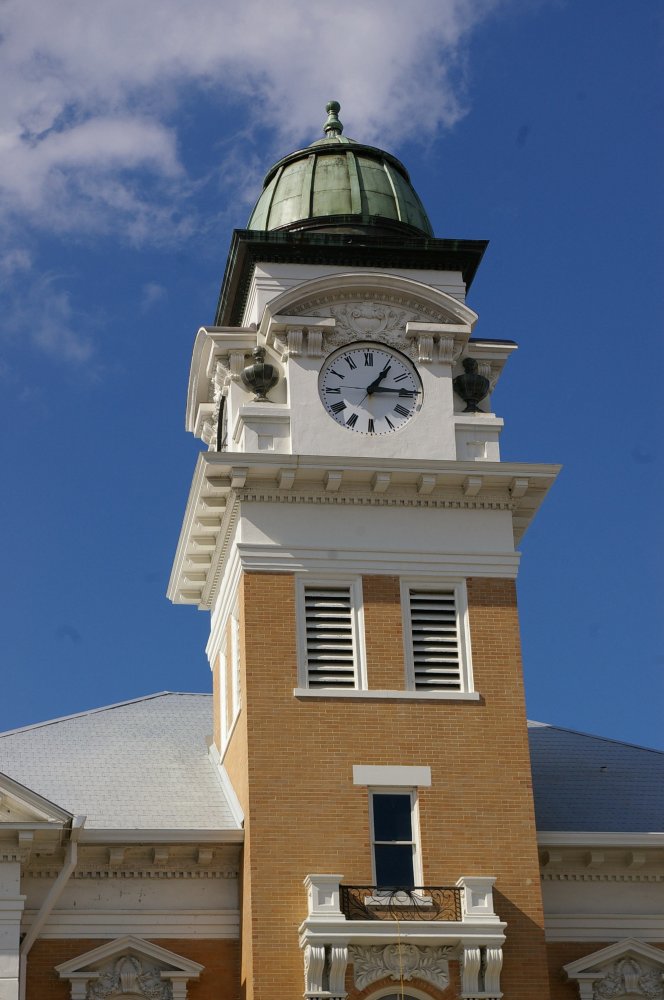 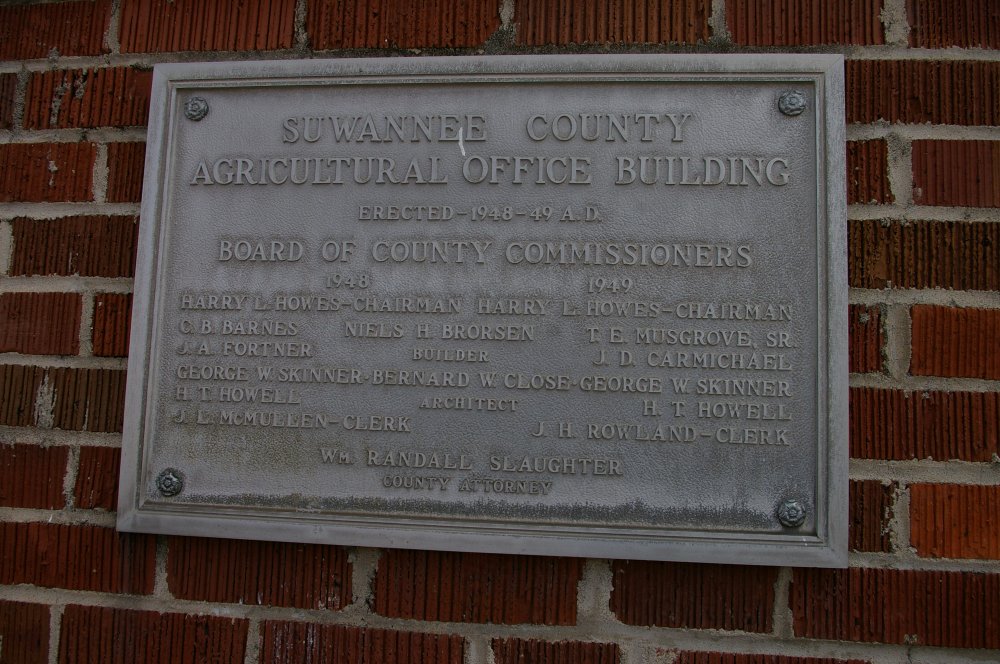 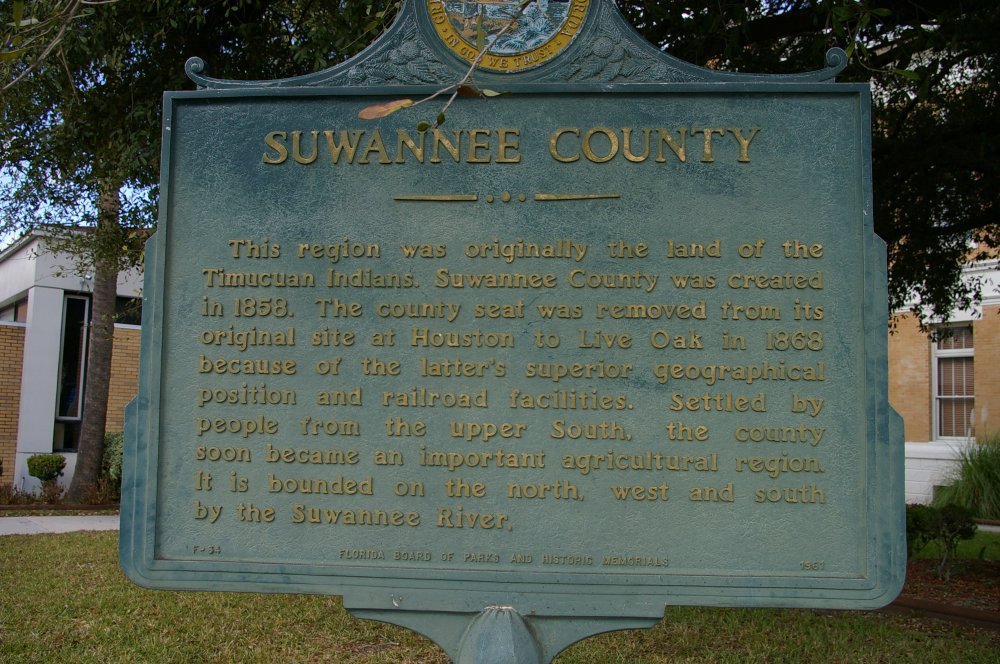