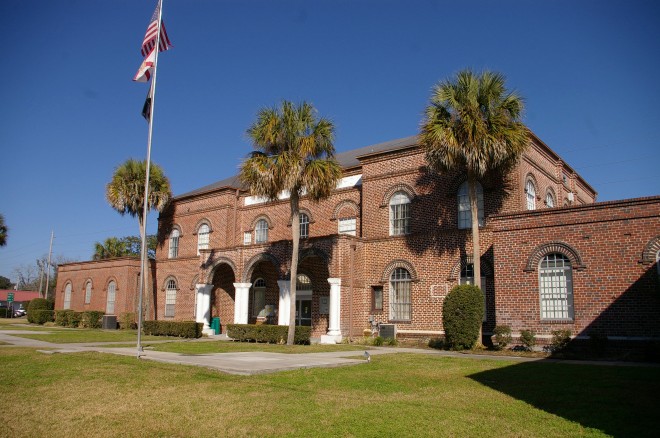 Gilchrist County is named for Albert W Gilchrist, who was the Governor of Florida from 1909  to 1915. 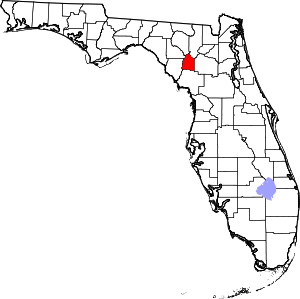 Description:  The building faces south and is a two story red colored brick and concrete structure. The building is located on spacious landscaped grounds in the center of Trenton. The south front has three brick arches with white colored bases and the arches project from the main building. The windows are arched and the east and west wings are one story. The building houses the Circuit Court of the 8th Judicial Circuit and County Court. The building was a Works Progress Administration project. The building was remodeled and expanded in 1965 with one-story utilitarian additions.

History: The county was created in 1925 and Trenton was selected as the county seat. The first courthouse was a renovated school which burned in 1932. The second and present courthouse was constructed in 1933 at a cost of $18,162. 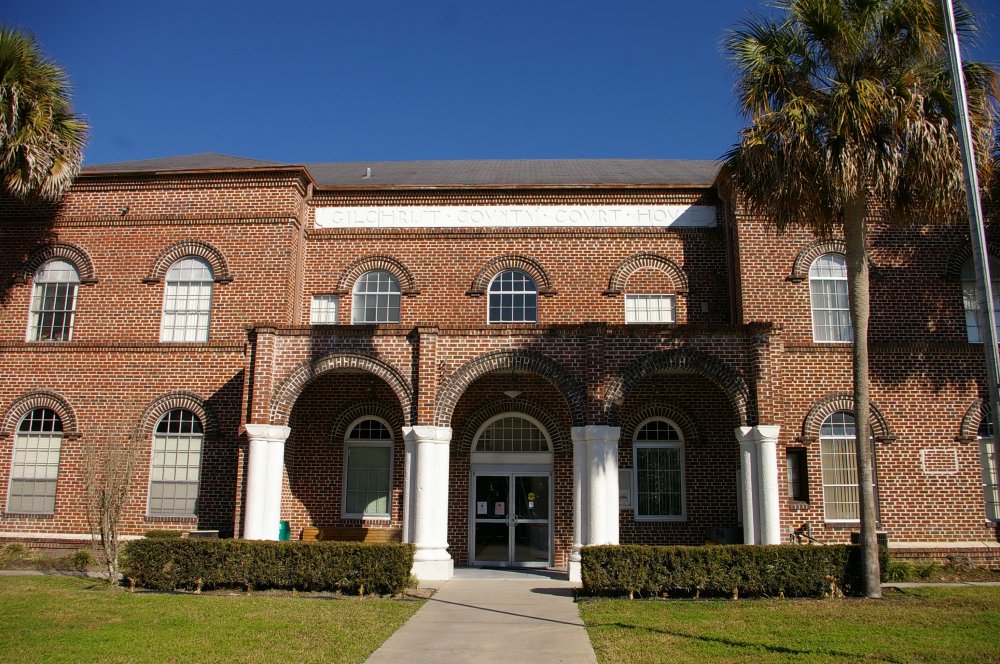 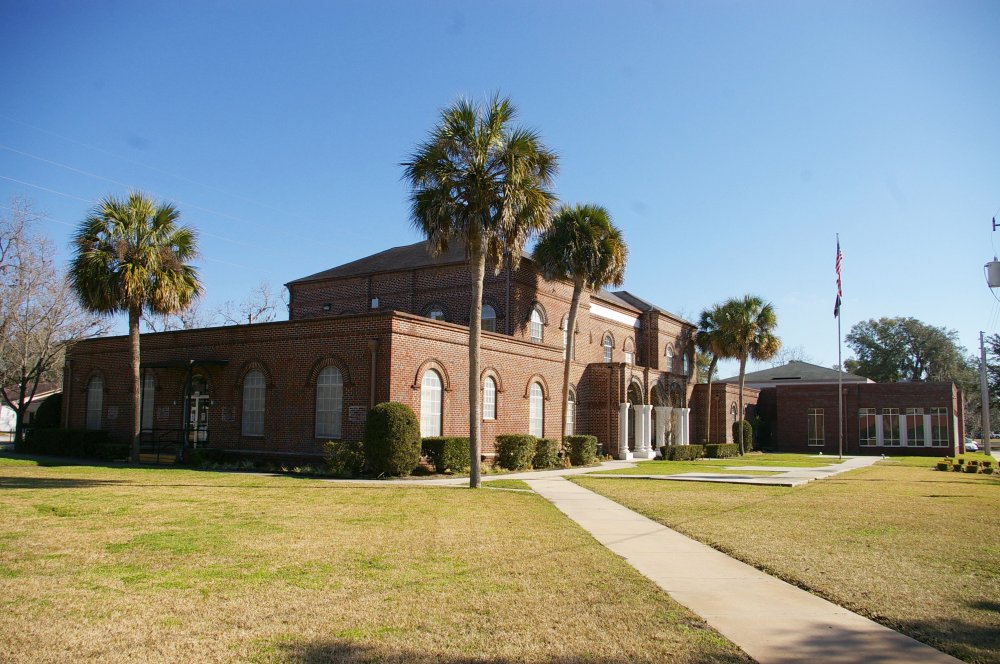 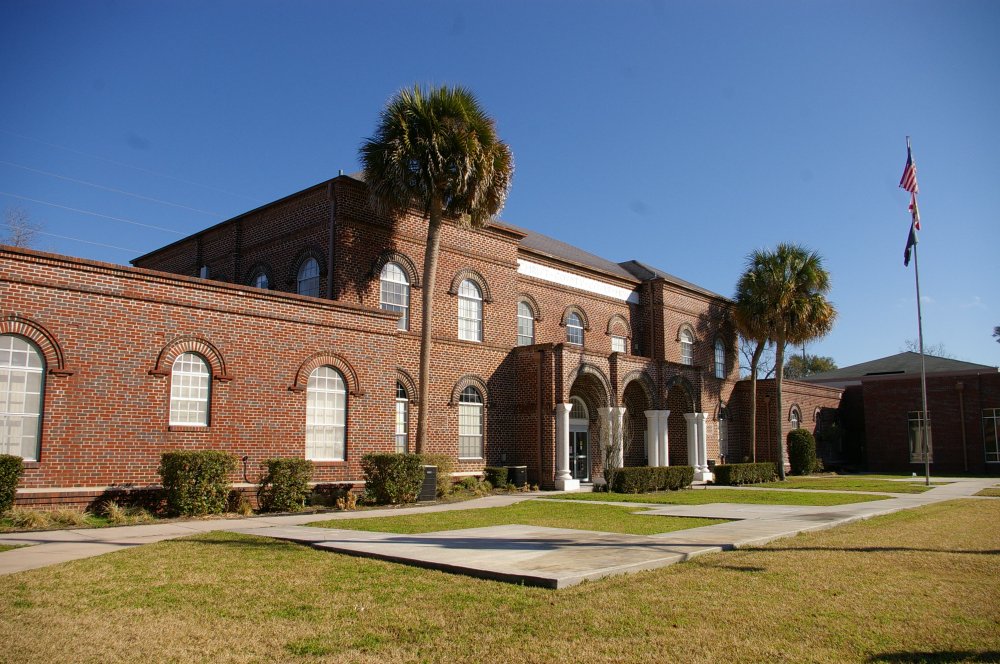