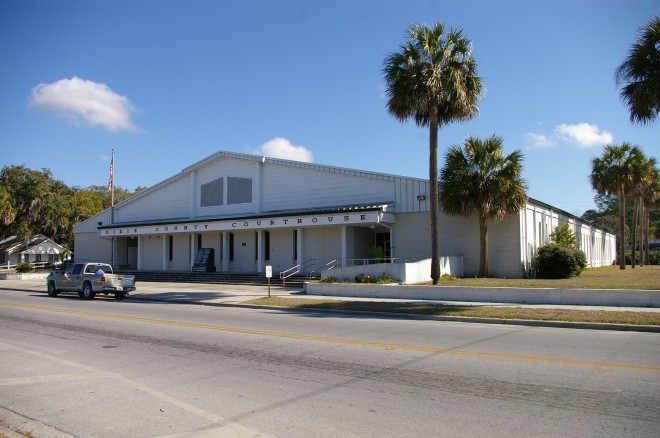 Dixie County is named for the common nickname for the Southern United States. 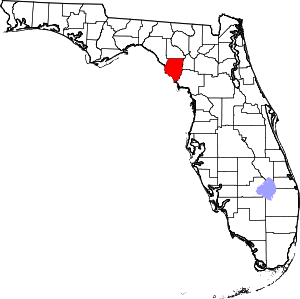 Description: The building faces west and is a one story white colored brick, wood and concrete structure. The building is located on landscaped grounds in the center of Cross City. The west front has a long porch supported by seven thin pillars. There is an entrance on the south and north sides of the west front. The roof is low and wide.  The building was renovated in 1999 to 2003. The architect was Paul Stressing and Associates and the contractor was DeYoung and Dickey. 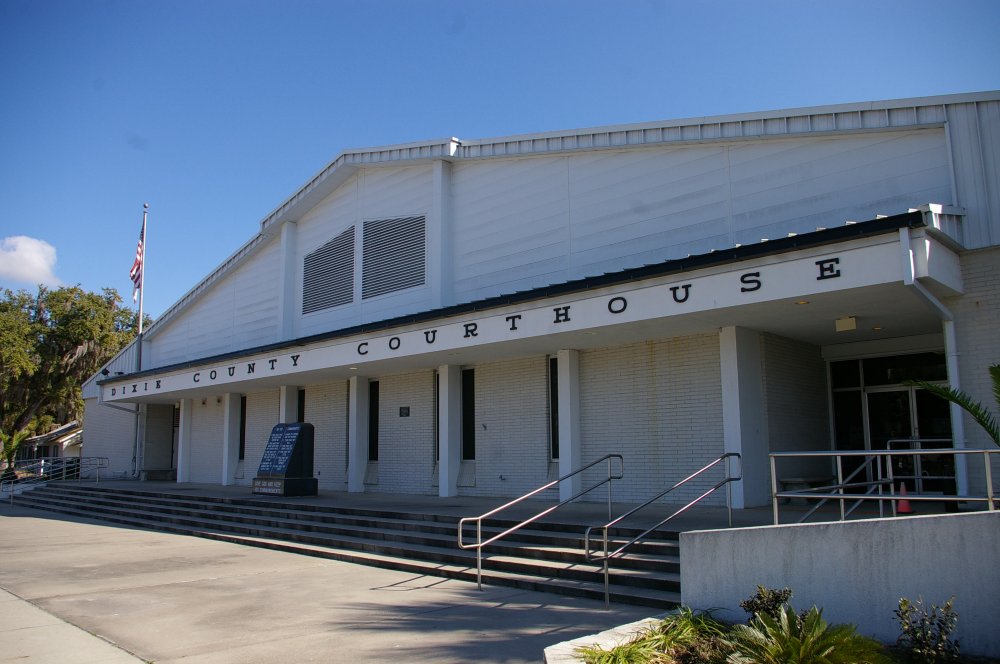 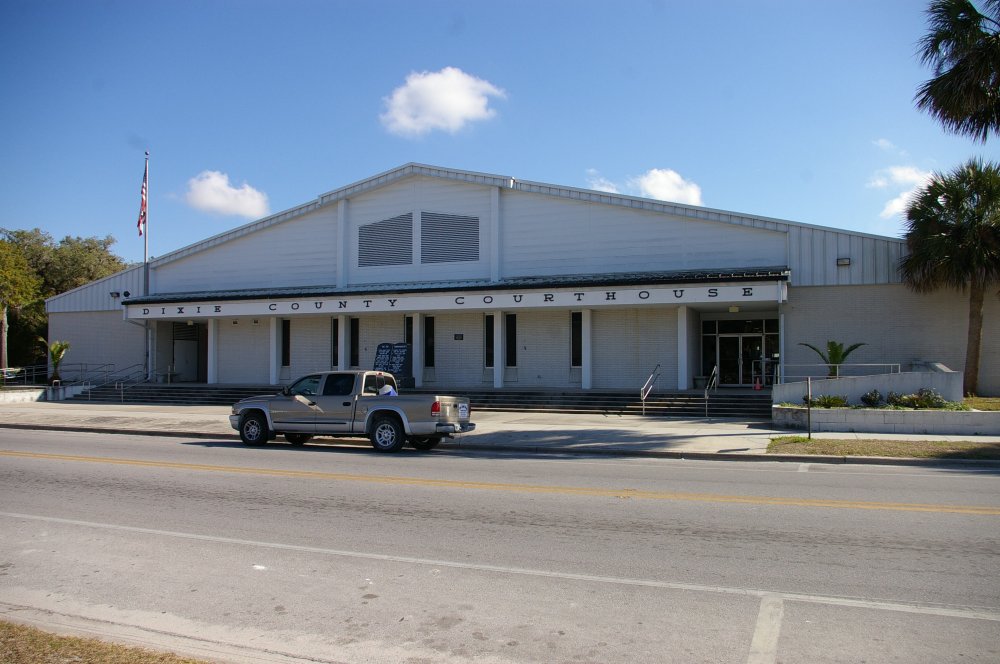 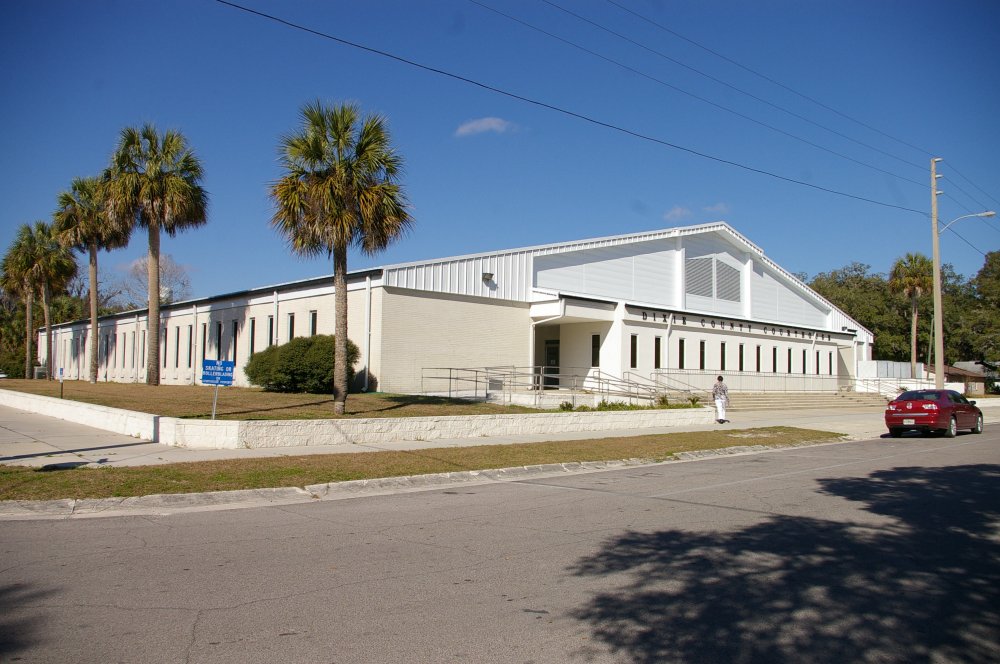 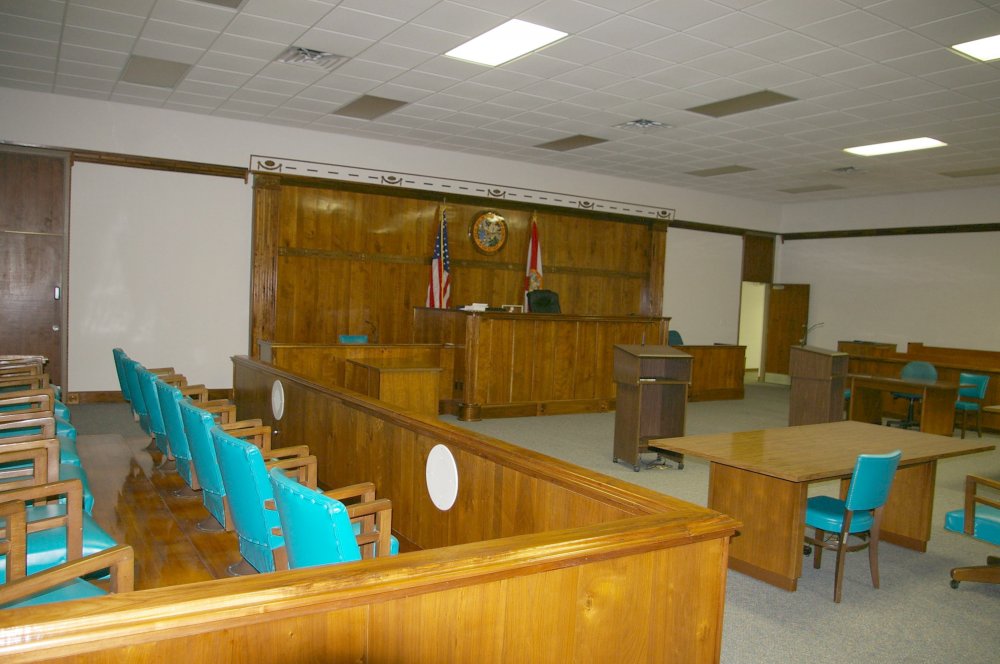 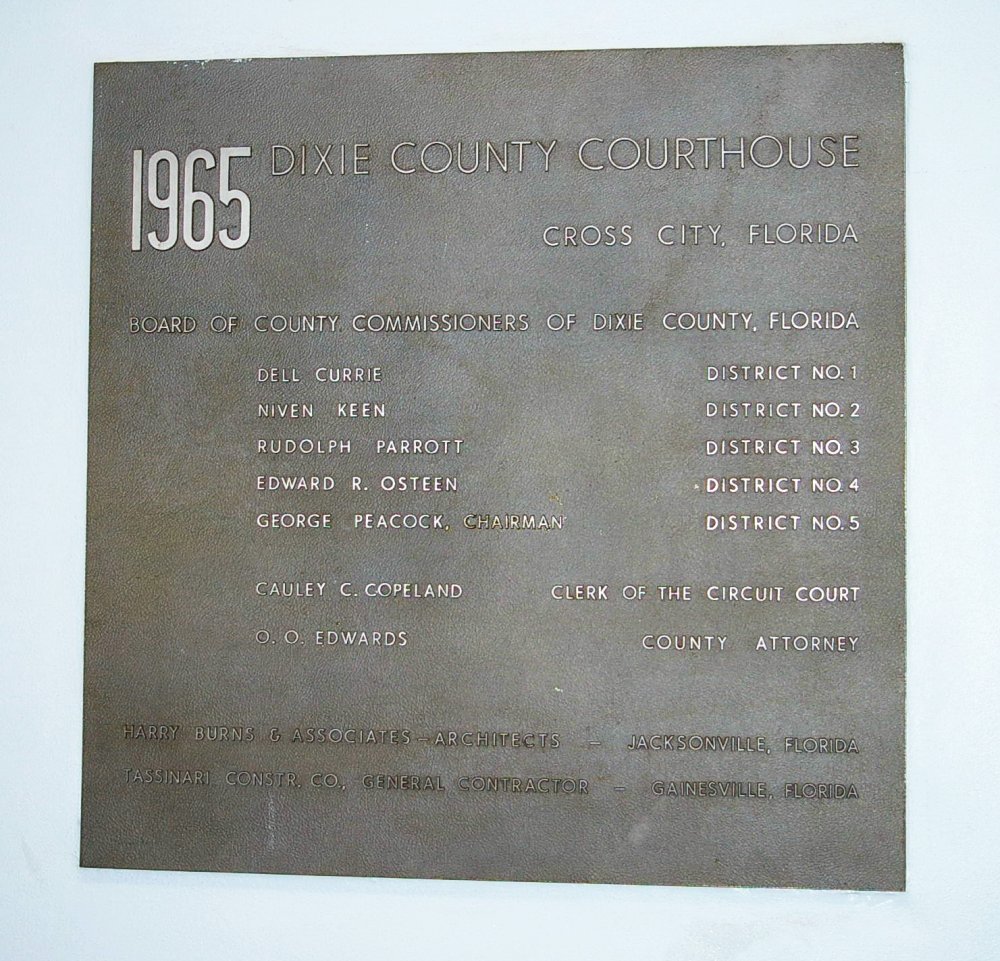 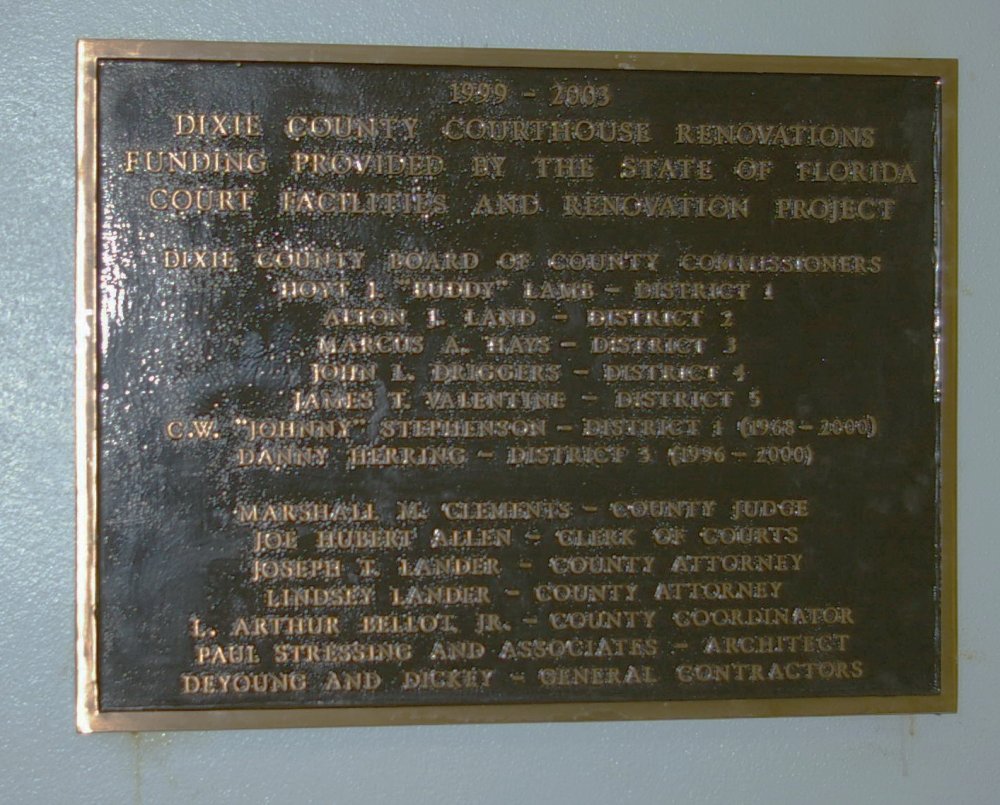