Austin County is named for Stephen F Austin, who was the person who facilitated the Anglo American colonization of Texas. 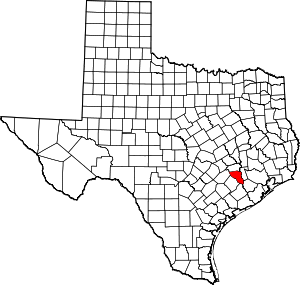 Description:  The building faces west  and is a three story square concrete, granite and glass structure.  The building is located in the center of the Public Square in the center of Bellville. The first story is glass with narrow metal dividers. The second and third stories are faced with white colored stone and have no windows. There is a clock on the east and west sides of the building. A black colored stone wall extends on the north and south sides. The roof line is flat. In the interior, the large courtroom is located on the third story and the small courtroom is located on the second story. The building houses the State District Court, Constitutional County Court and County Court at Law.

See:  To the south of the courthouse is the old County Jail constructed in 1896 by Pauly Jail Building Company at a cost of $19,970.. The building is now a museum. 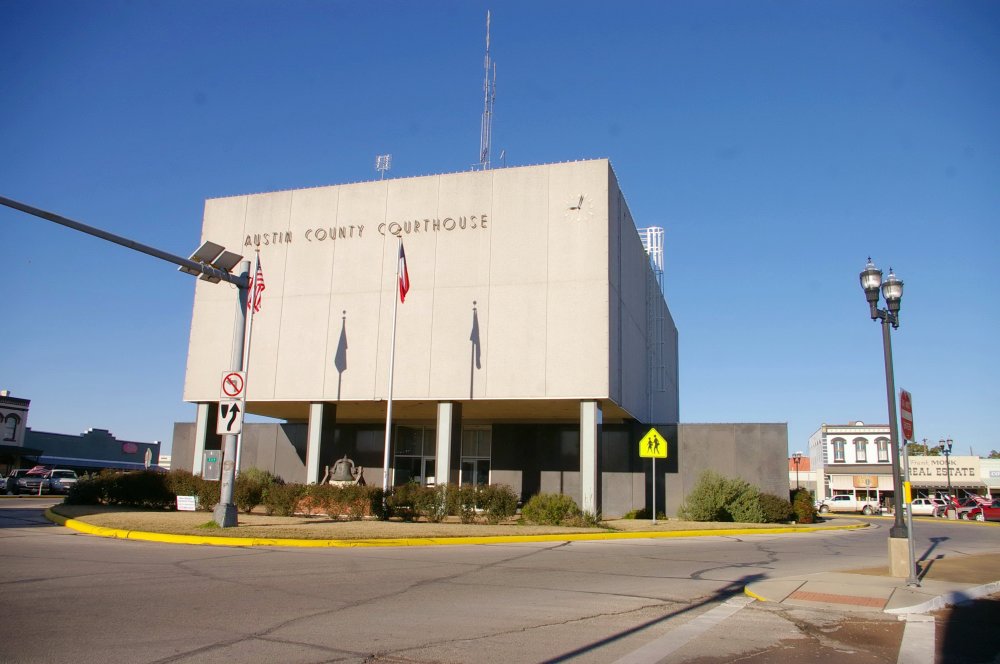 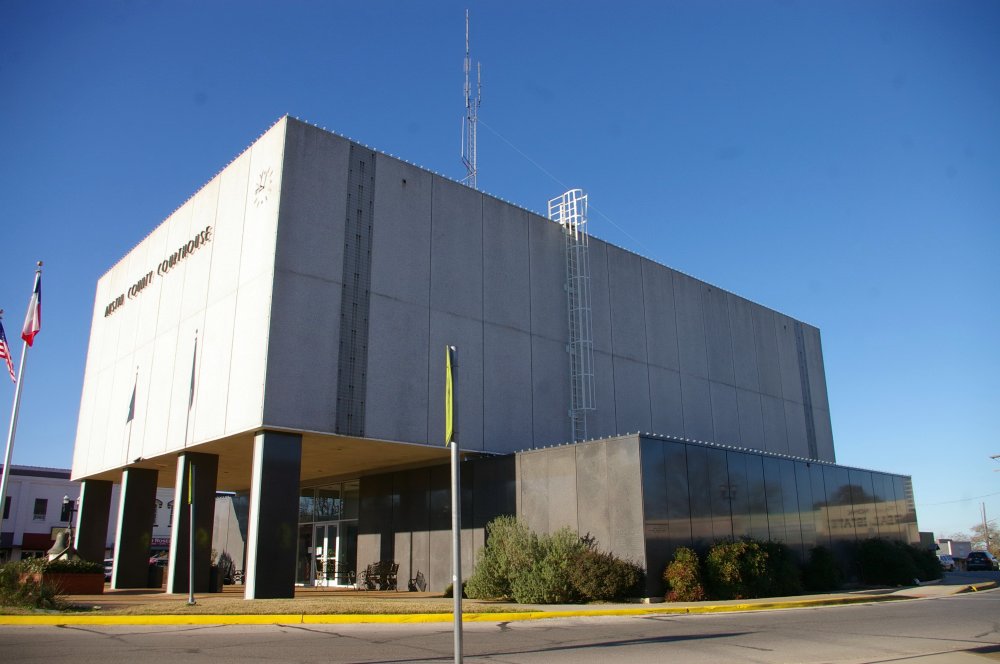 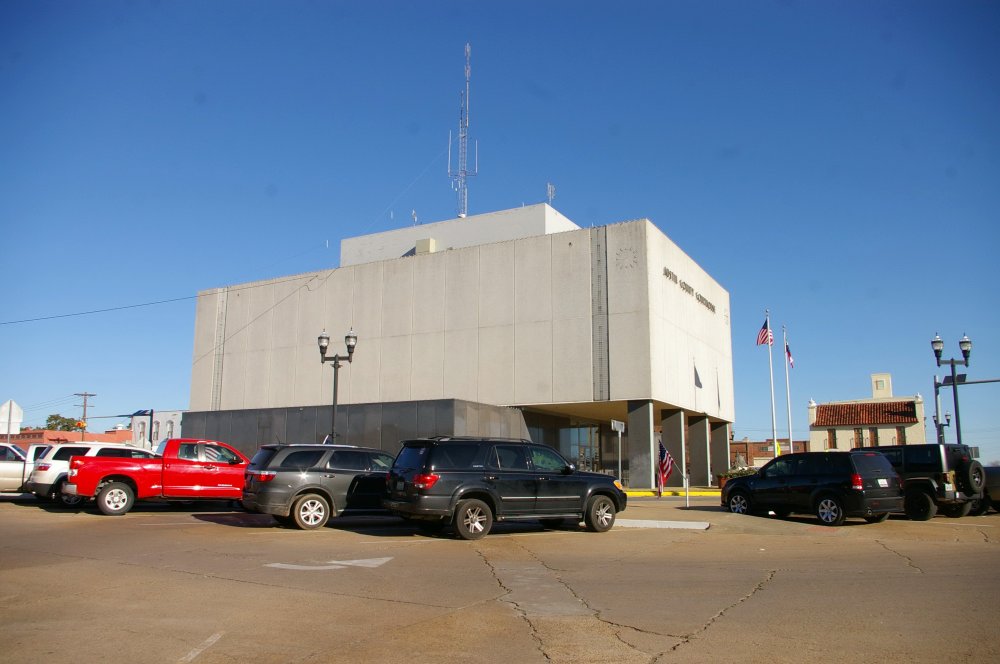 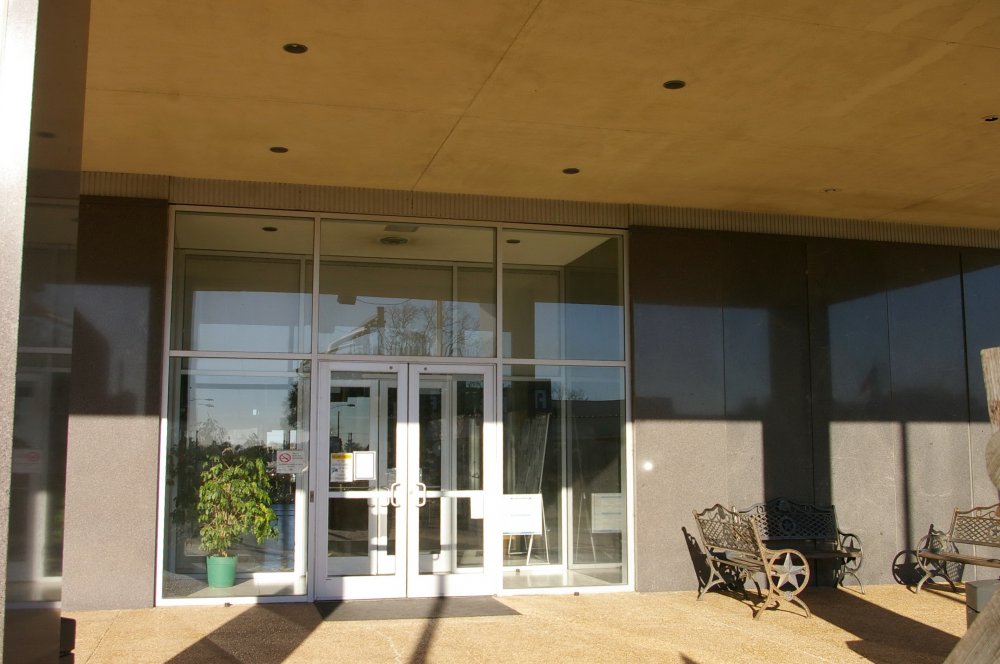 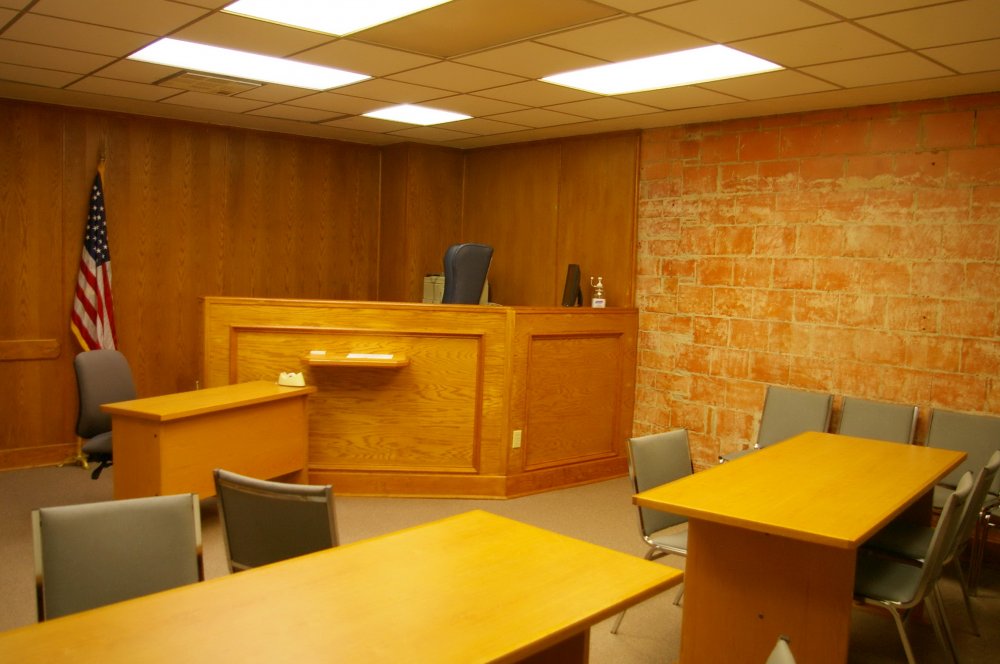 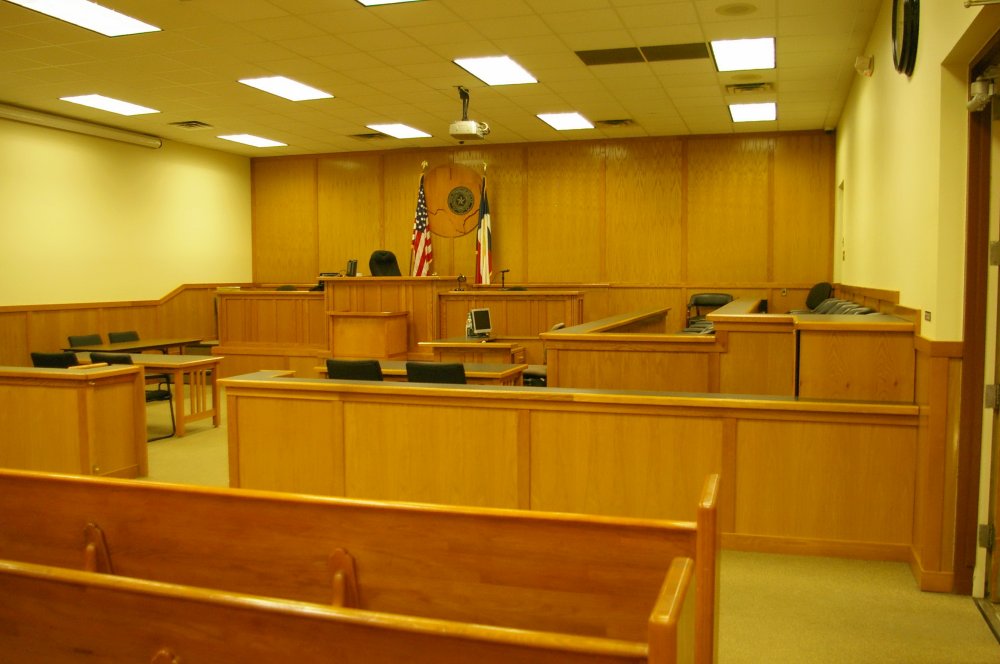 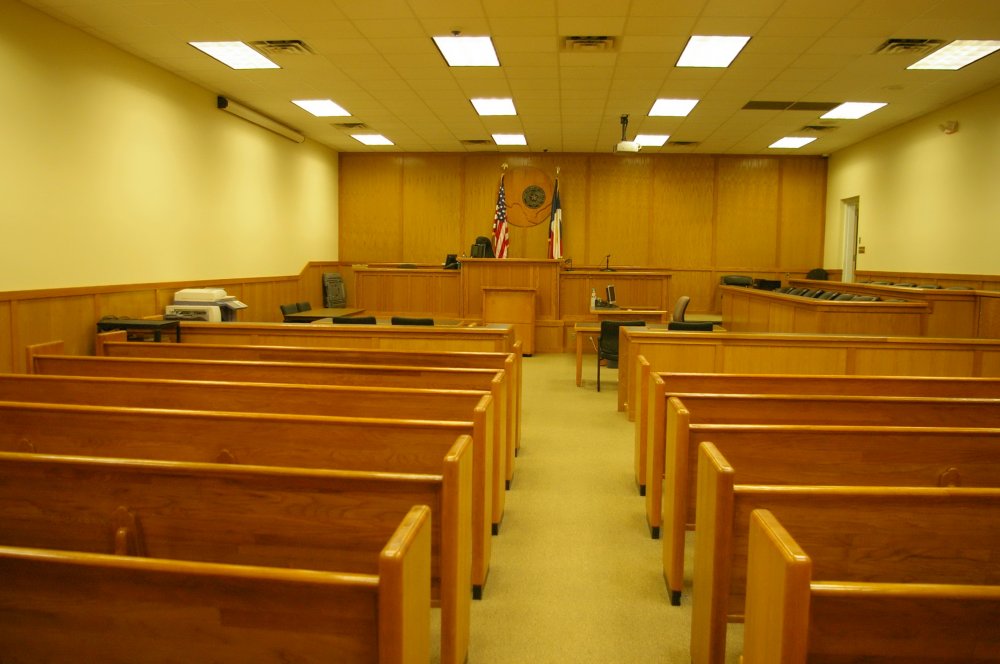 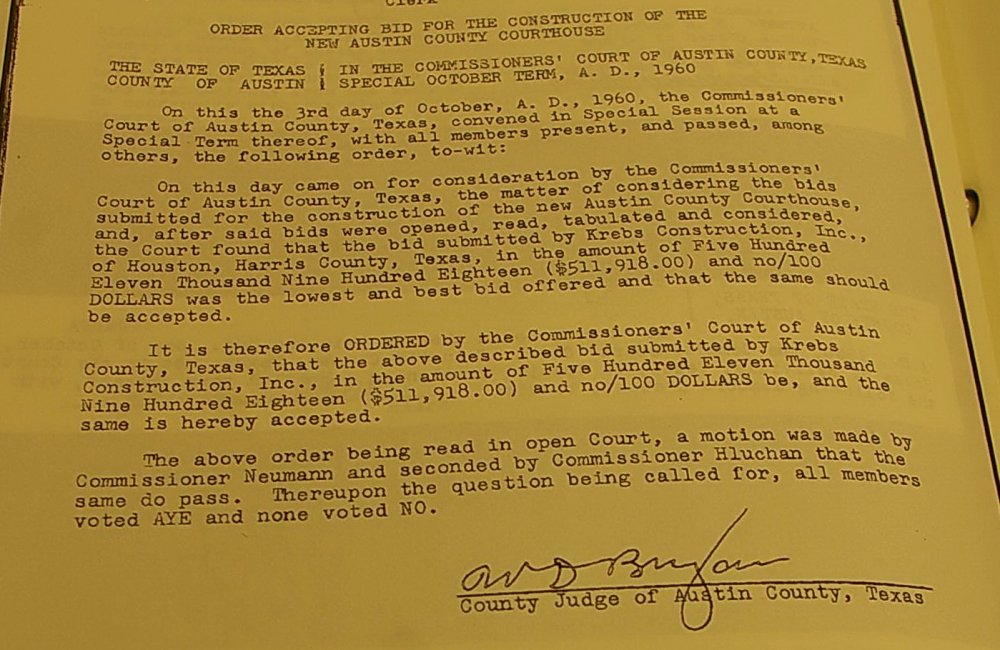 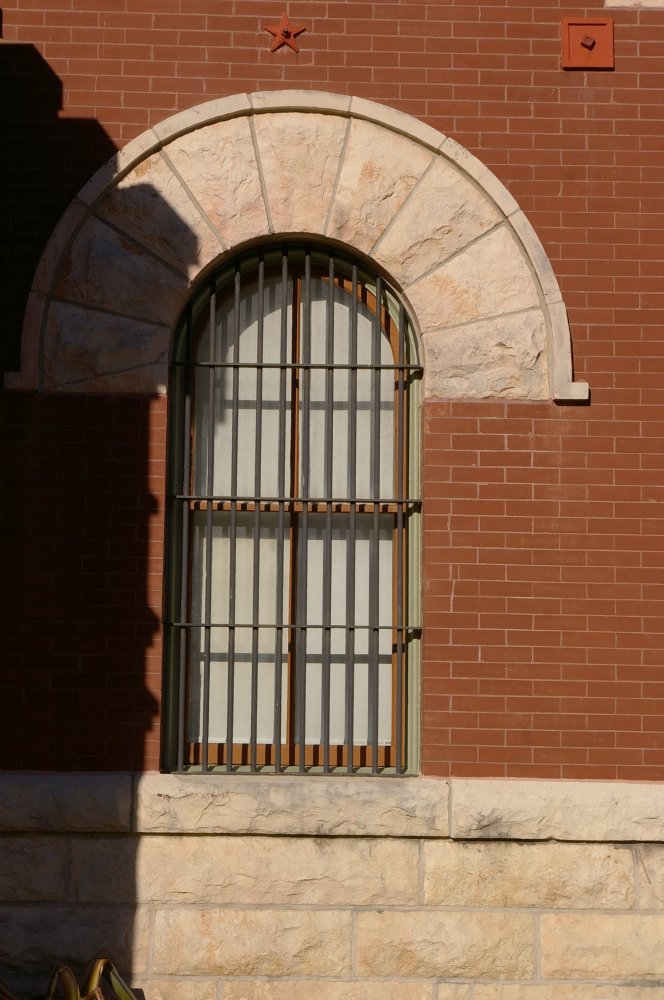 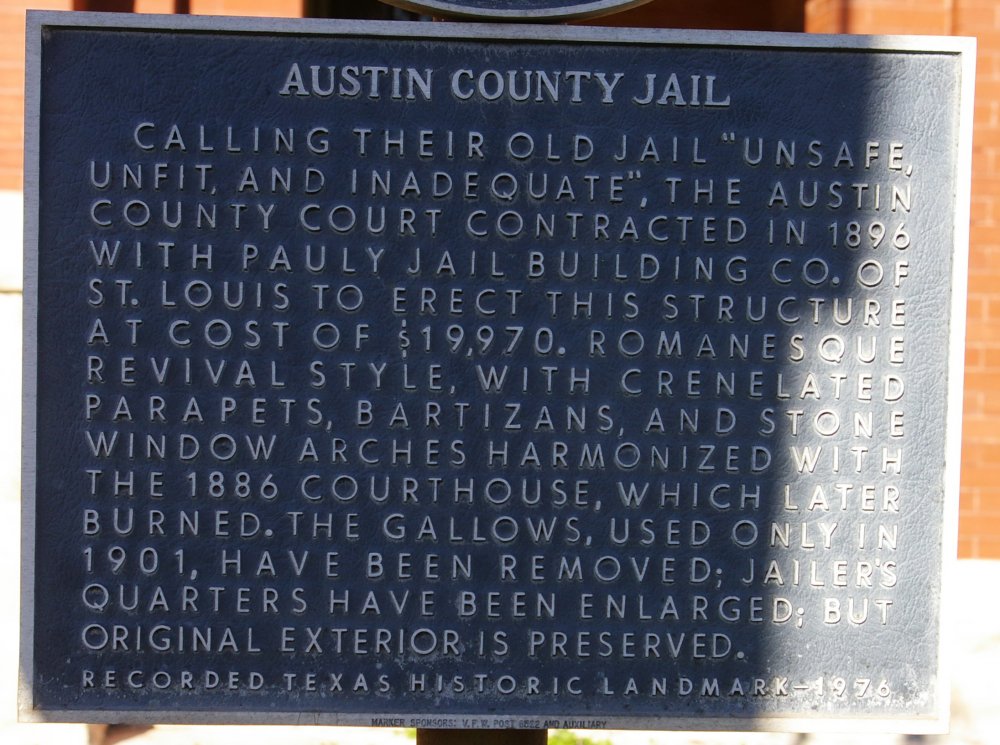