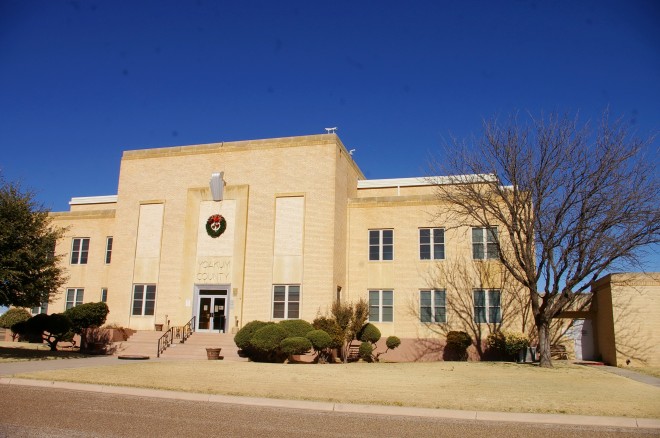 Yoakum County is named for Henderson King Yoakum, who was a soldier, attorney and Texas historian.

Description:  The building faces south and is a three story yellow colored brick and concrete structure. The building is located on spacious grounds in the center of the city. The south front has a projecting center section with entrance on the first story and with vertical yellow colored panels. The east and west wings are recessed. With recessed third story. The roof line is flat. The large courtroom is located at the center of the second story. On the north side is a large addition and on the east a smaller addition constructed in 1975 and connected by a bridge on the second story. The architect was Stiles, Roberts, Messersmith and Johnson of Lubbock and the contractor was Knox, Gailey and Meador. The consulting engineer was Zumwalt and Vinther. 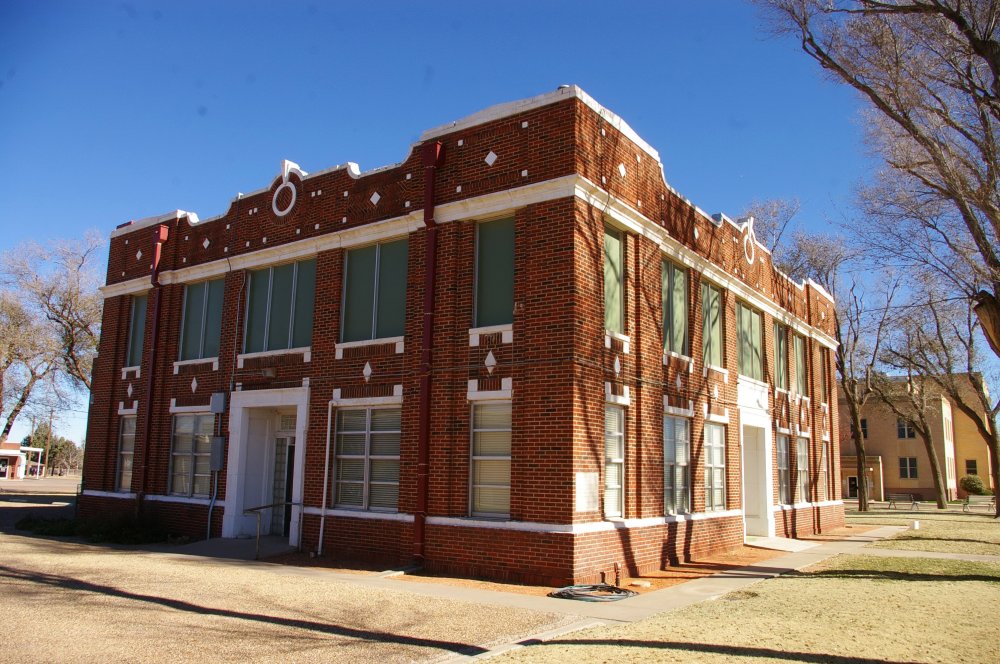 Description:  The building faces south and is a two story red colored brick and concrete structure. The square shaped building is located on spacious grounds on the west side of the courthouse in the center of the city. There are recessed entrances on the east, south and west sides. A white colored belt runs above the second story windows with decorative brickwork above. The roof line is flat. The building now serves as a museum.  The building was remodeled in 1971. The architect was Stiles, Roberts and  Messersmith of Lubbock and the contractor was Bayer Lumber Company. 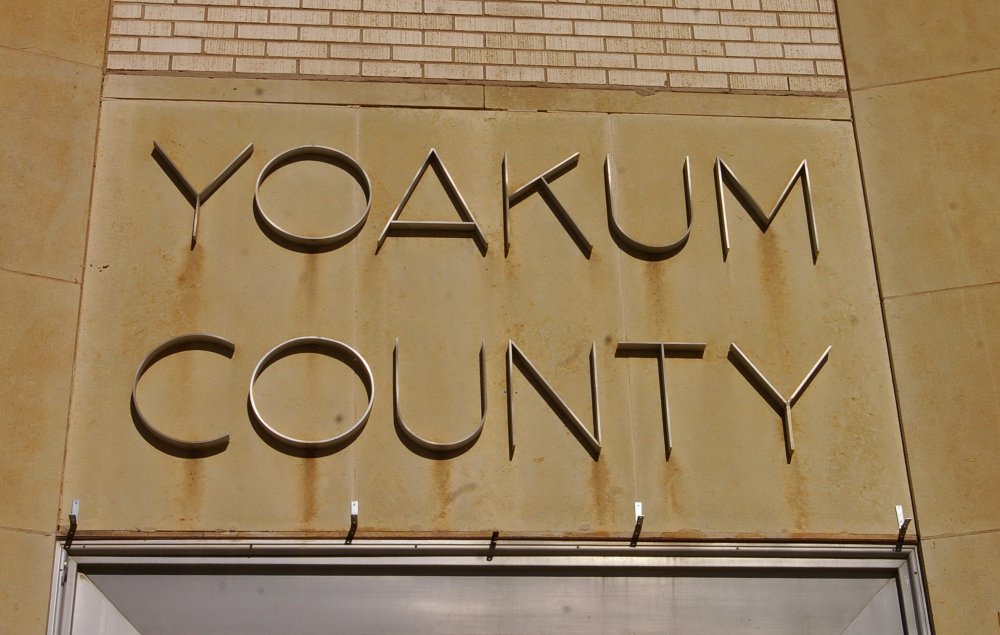 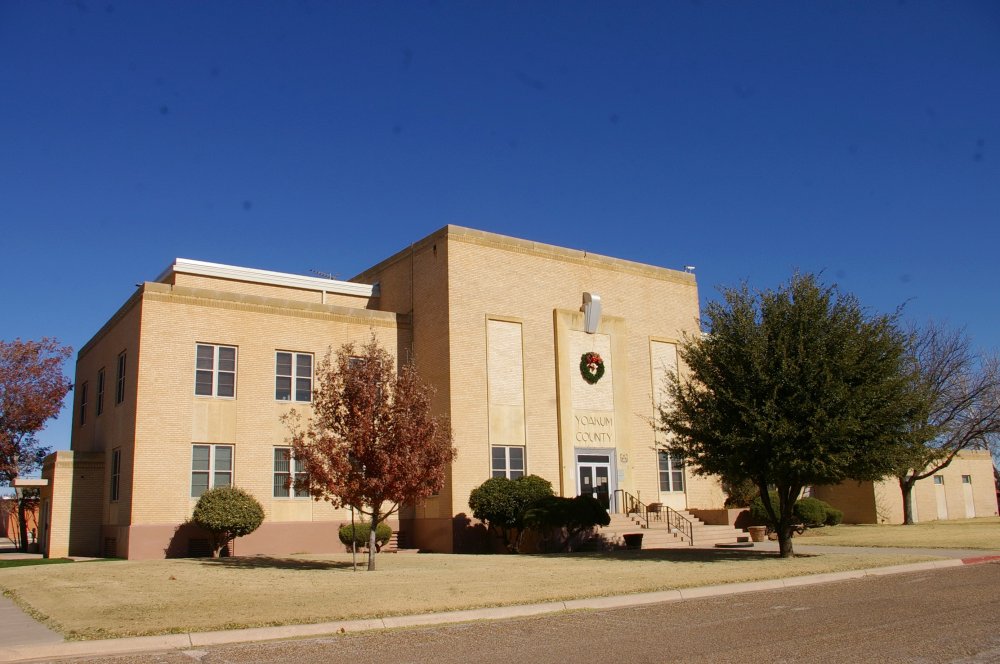 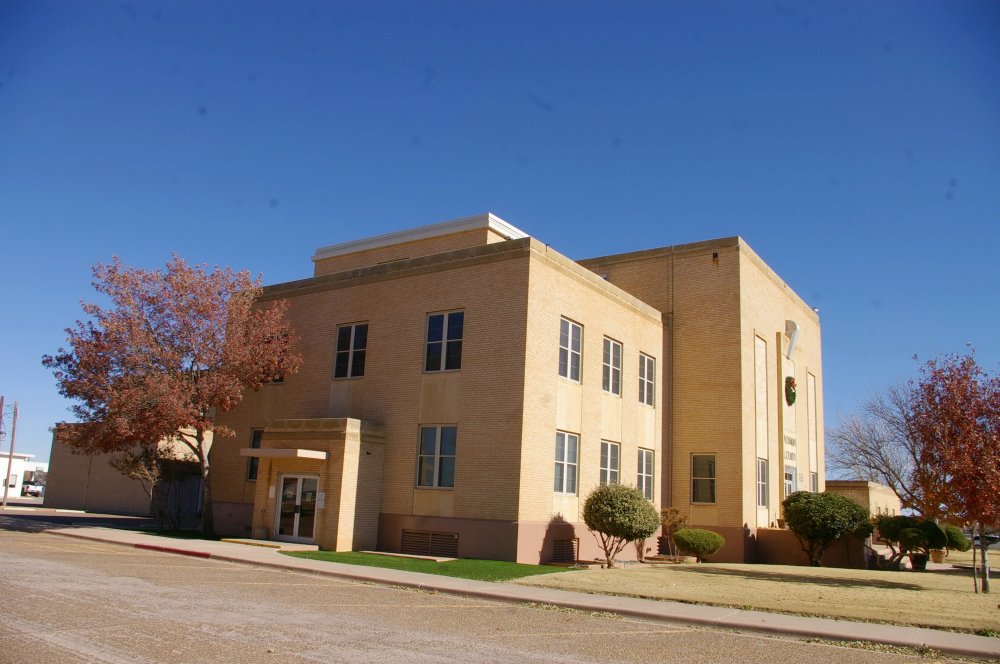 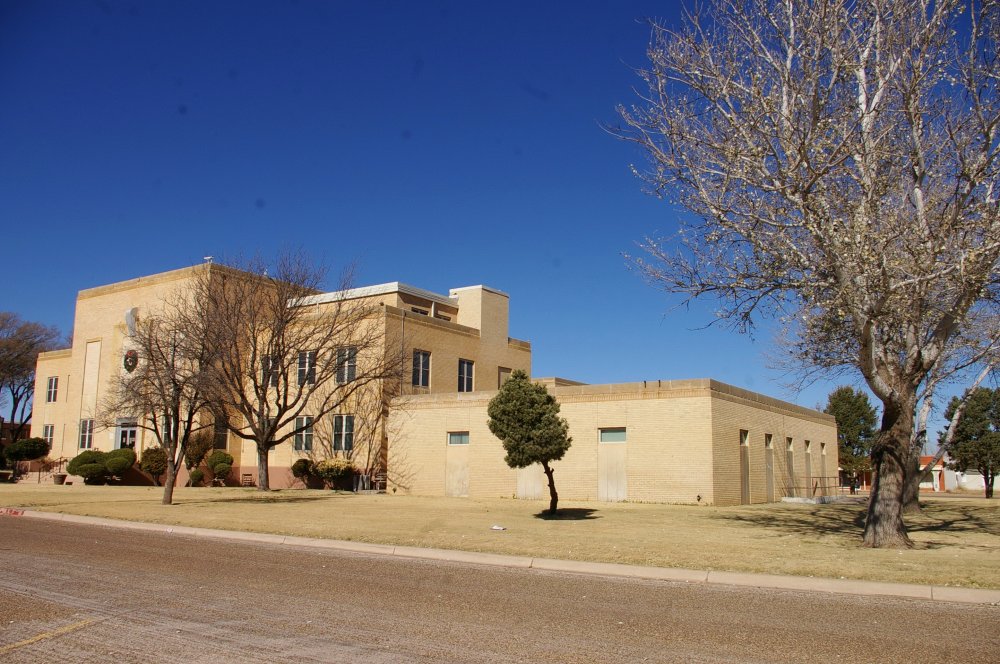 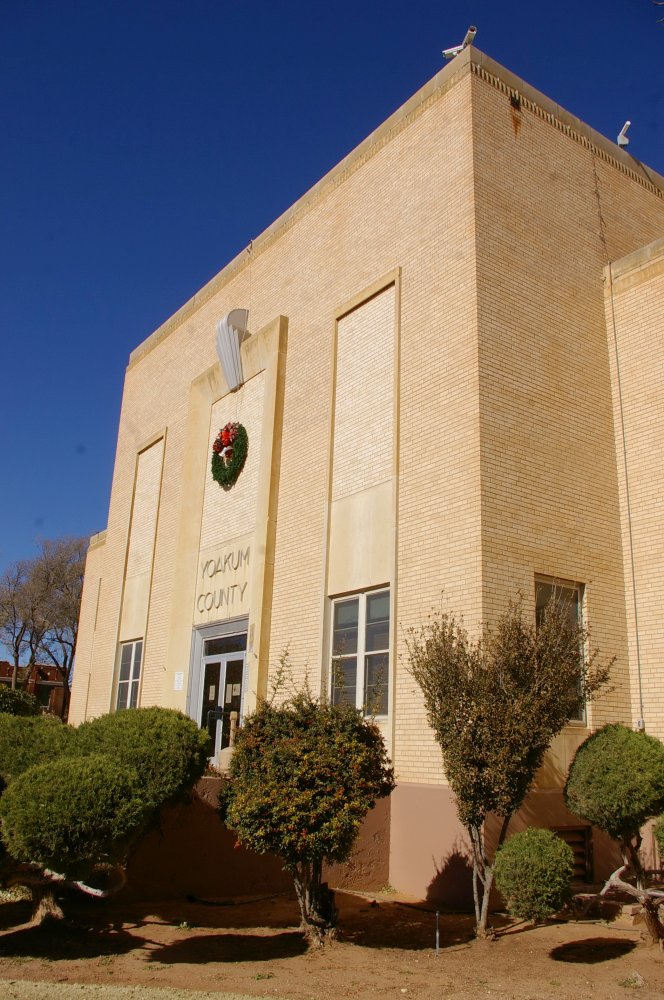 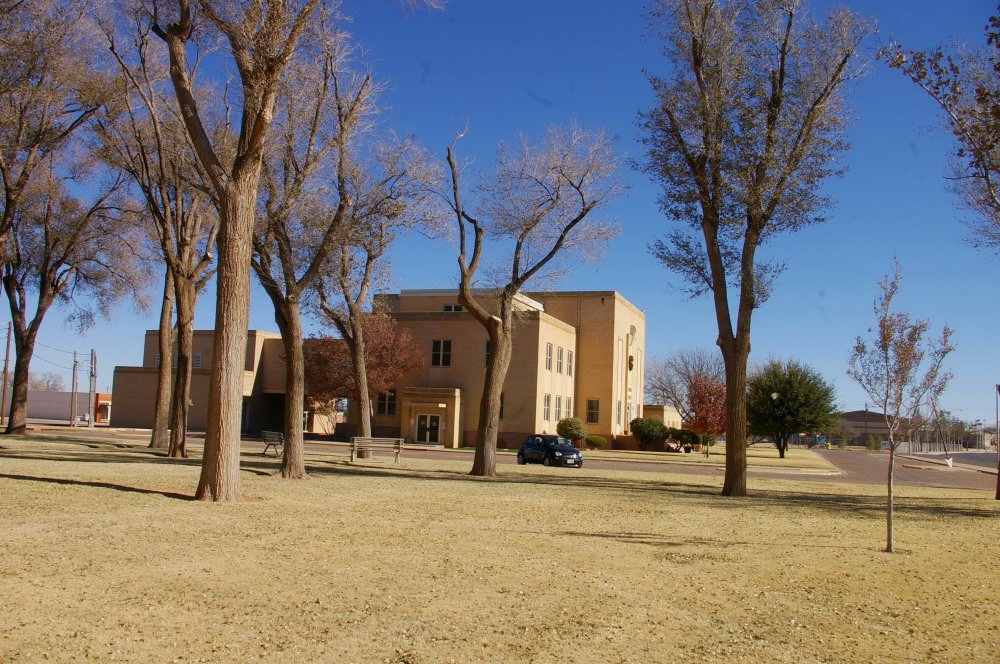 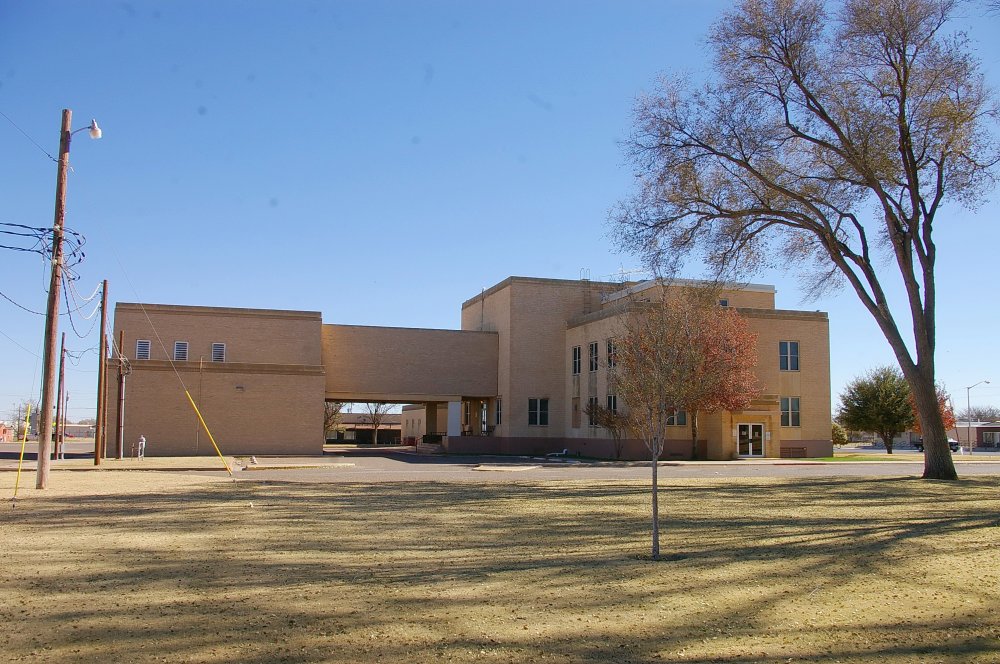 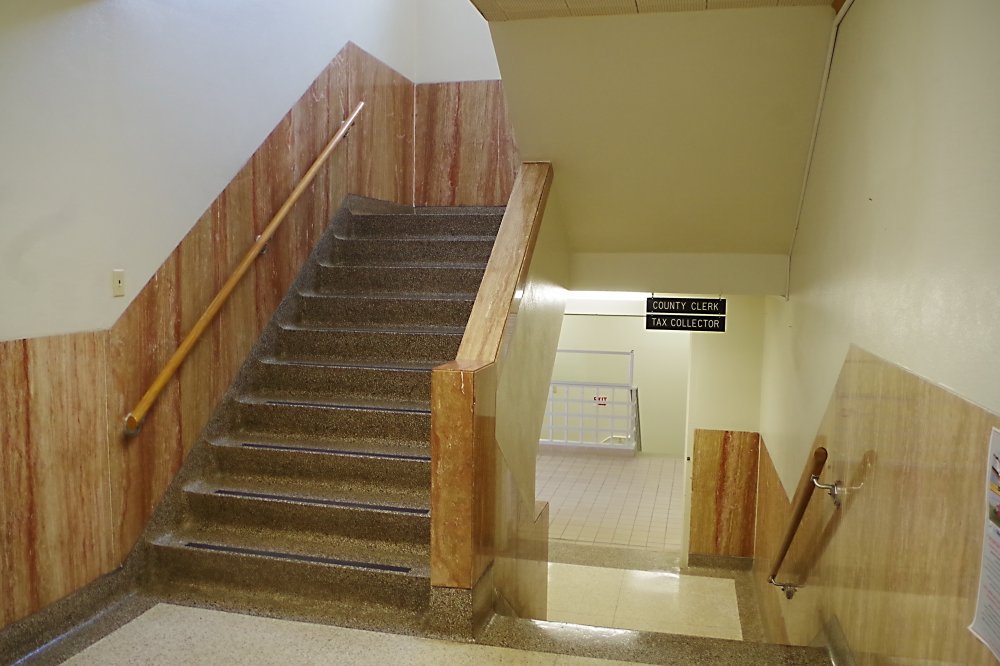 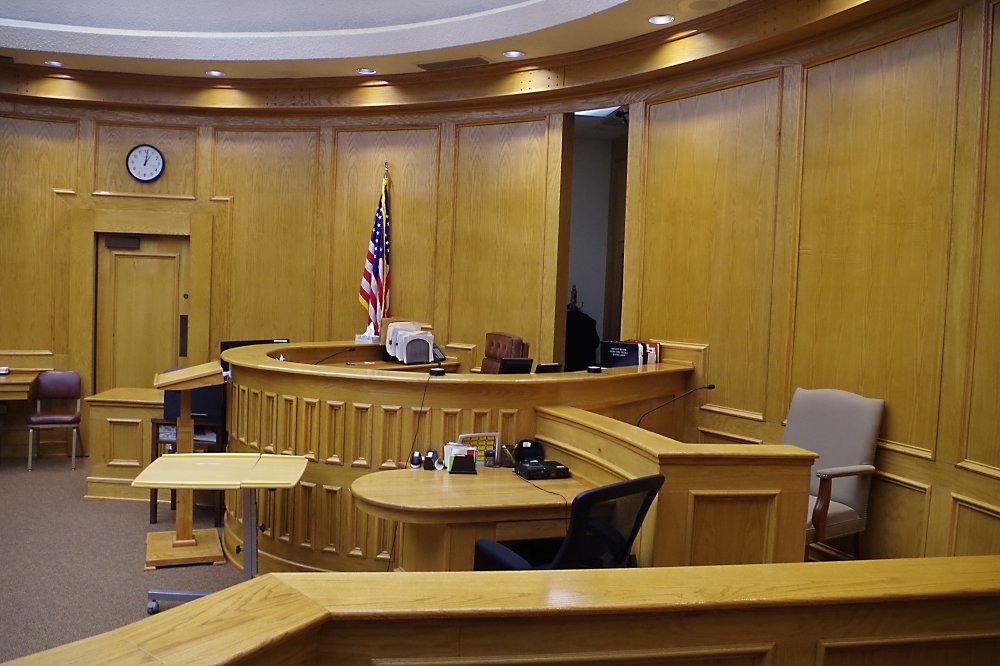 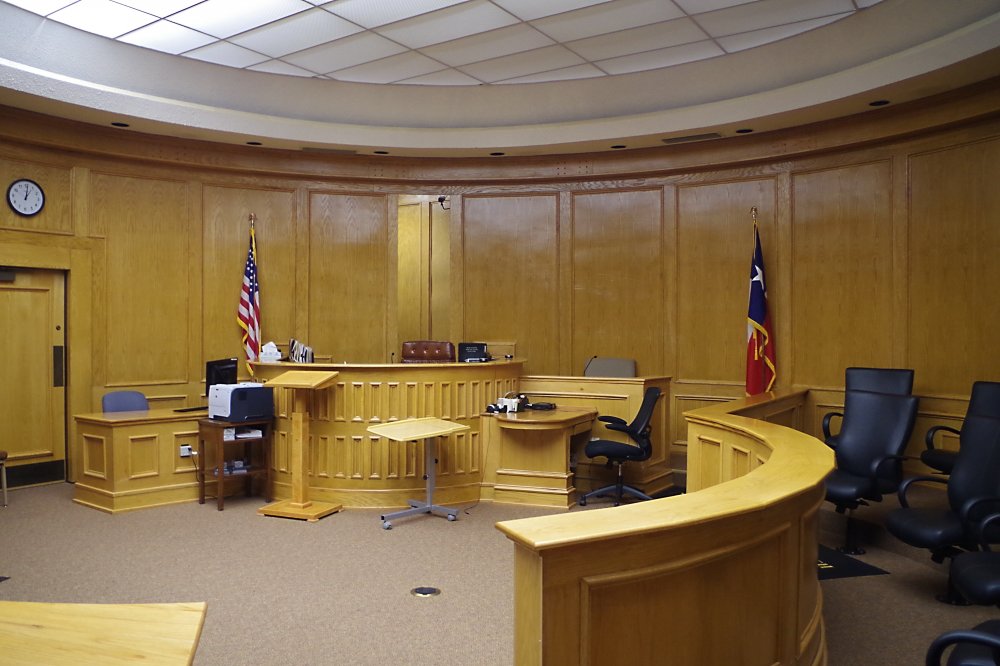 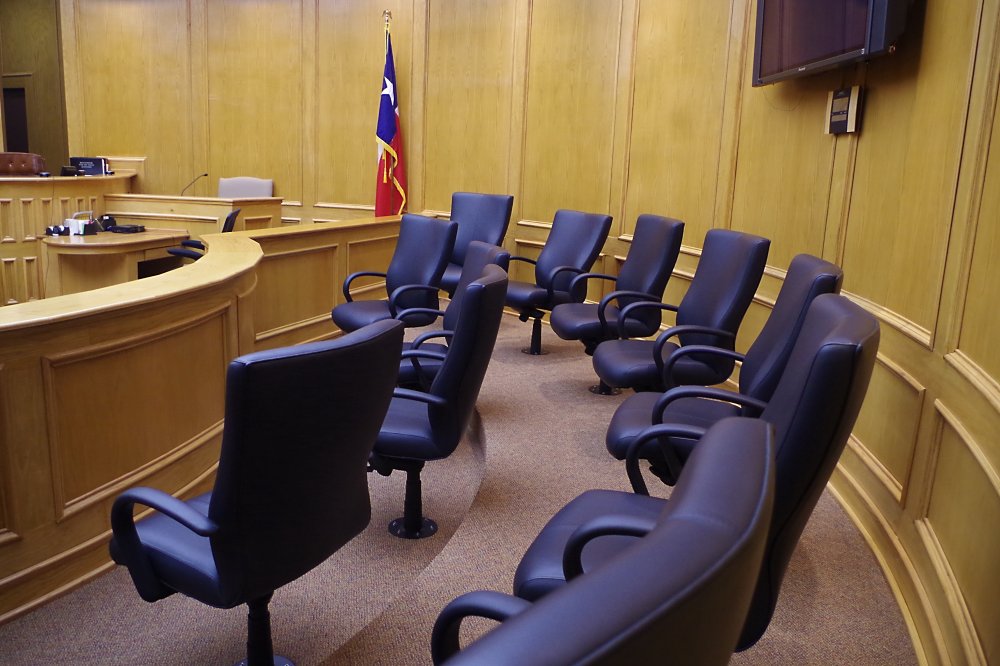