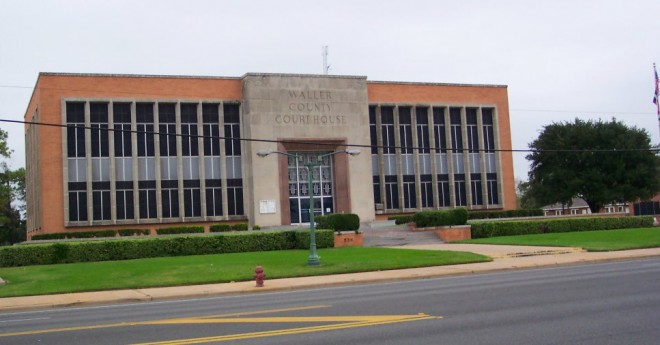 Waller County is named for Edwin Waller, who was the first mayor of Austin and a signer of the Texas Declaration of Independence. 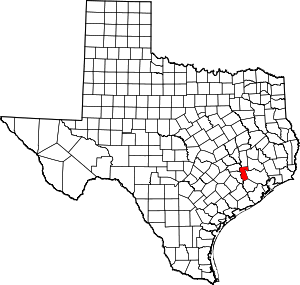 Description:  The building faces south and is a three story red-orange colored brick, concrete, limestone and glass structure. The building is located on landscaped grounds in the center of Hempstead. The rectangular shaped building is located on landscaped grounds and has a large limestone faced center section framing the entrance. Vertical concrete dividers separate the windows. The roof line is flat. 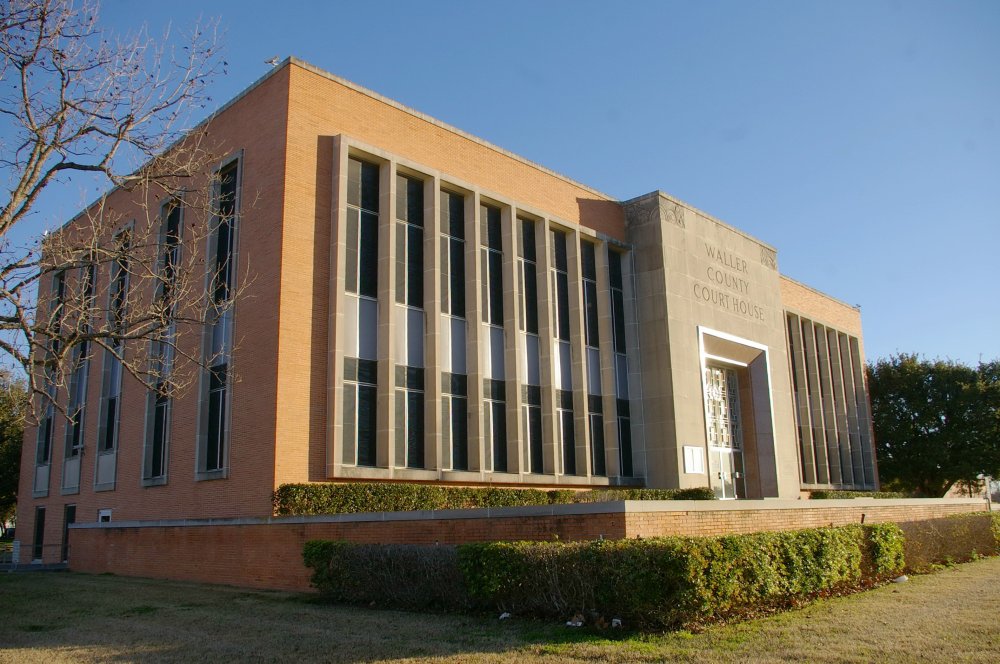 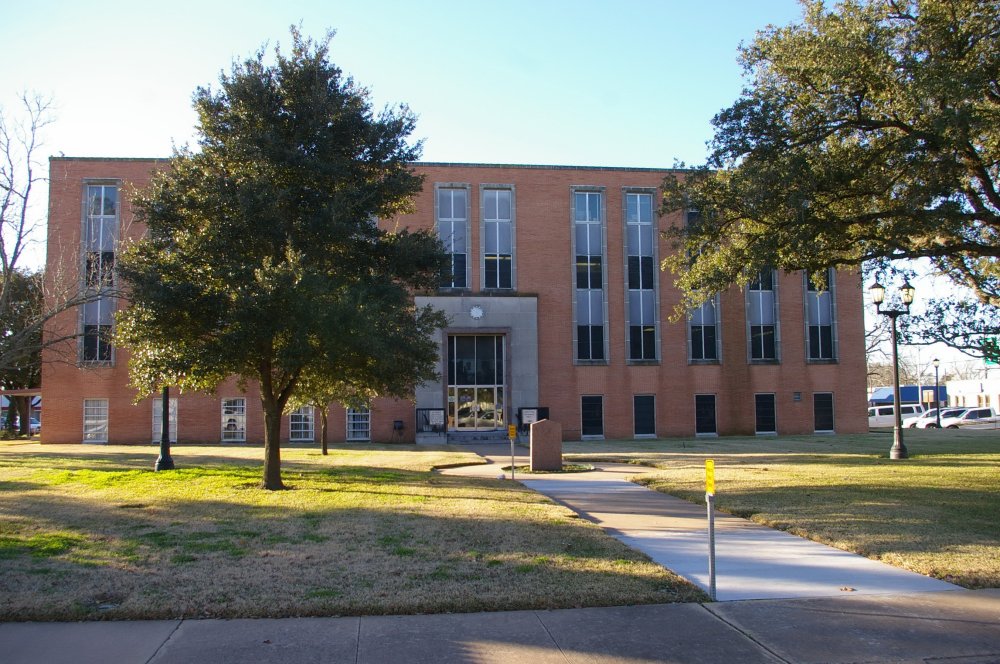 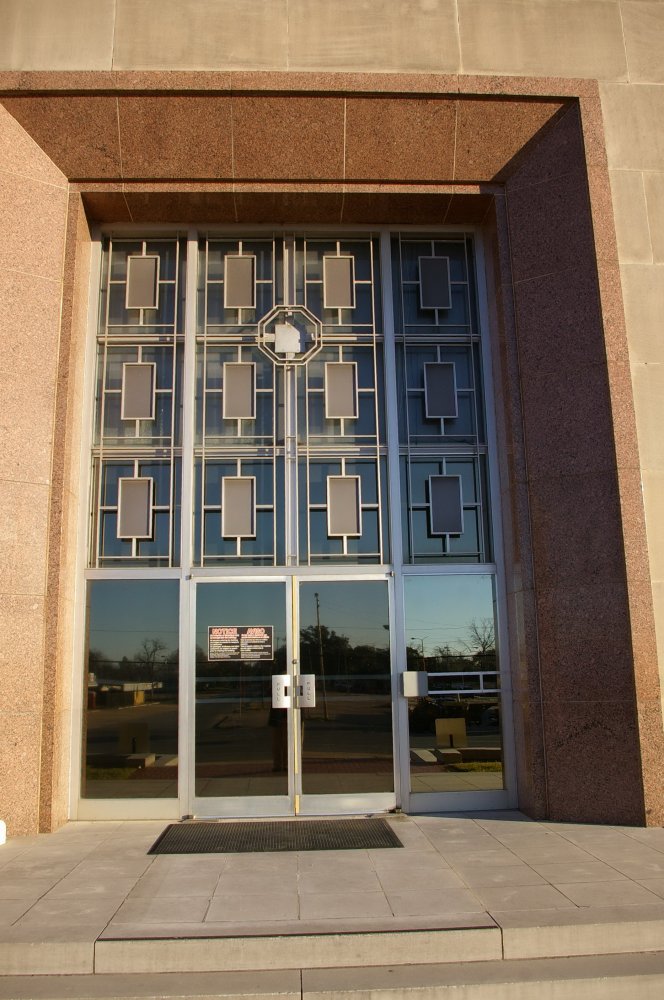 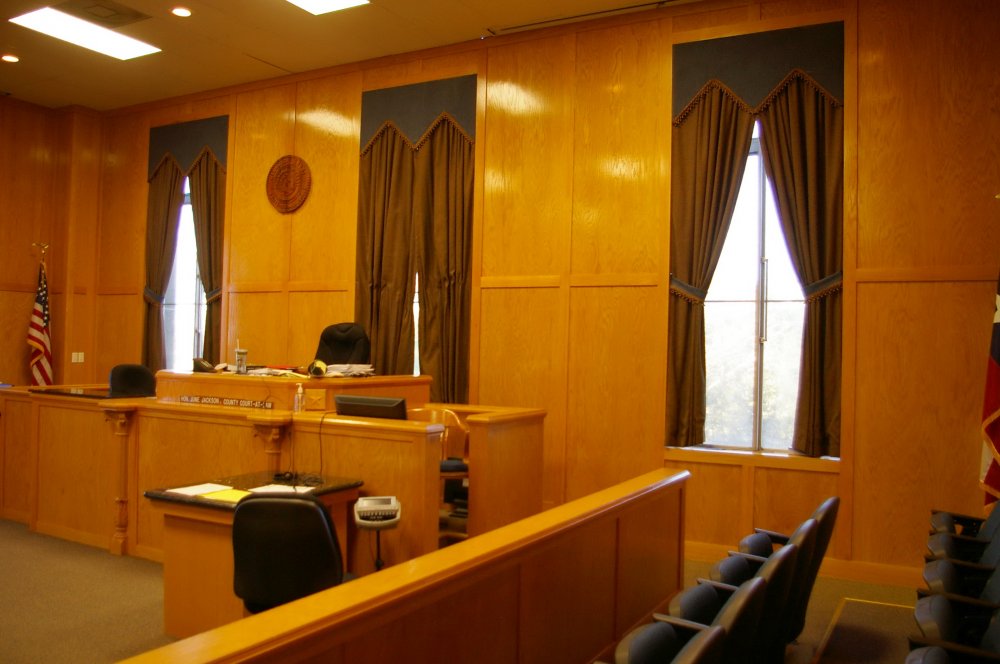 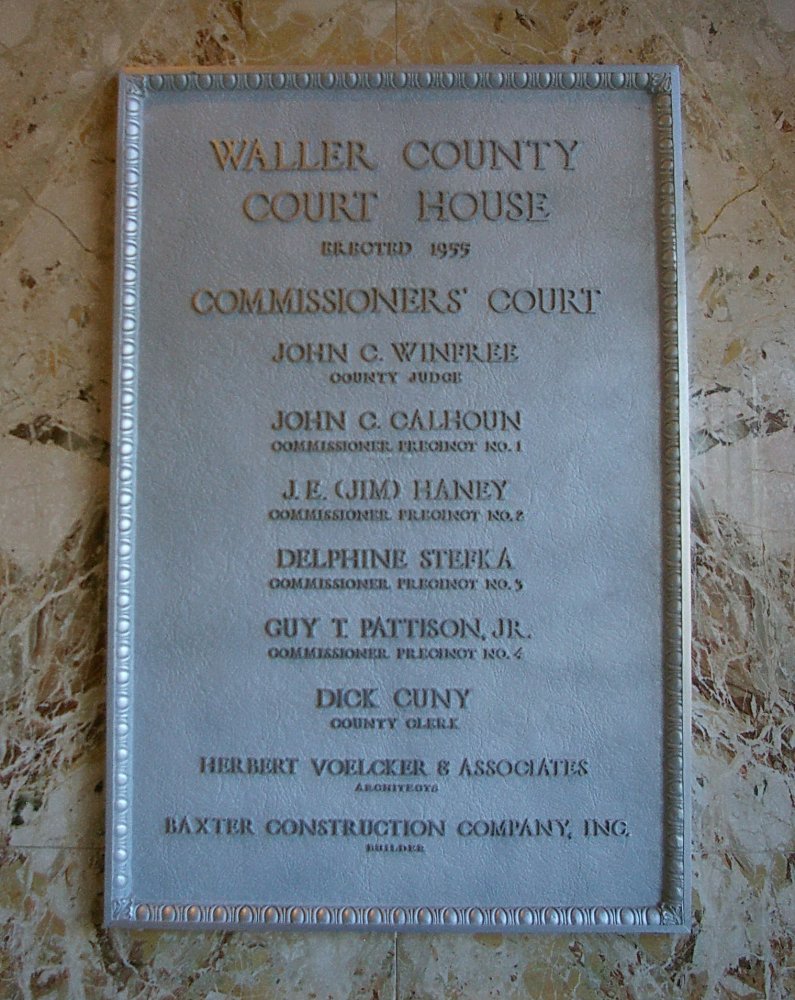 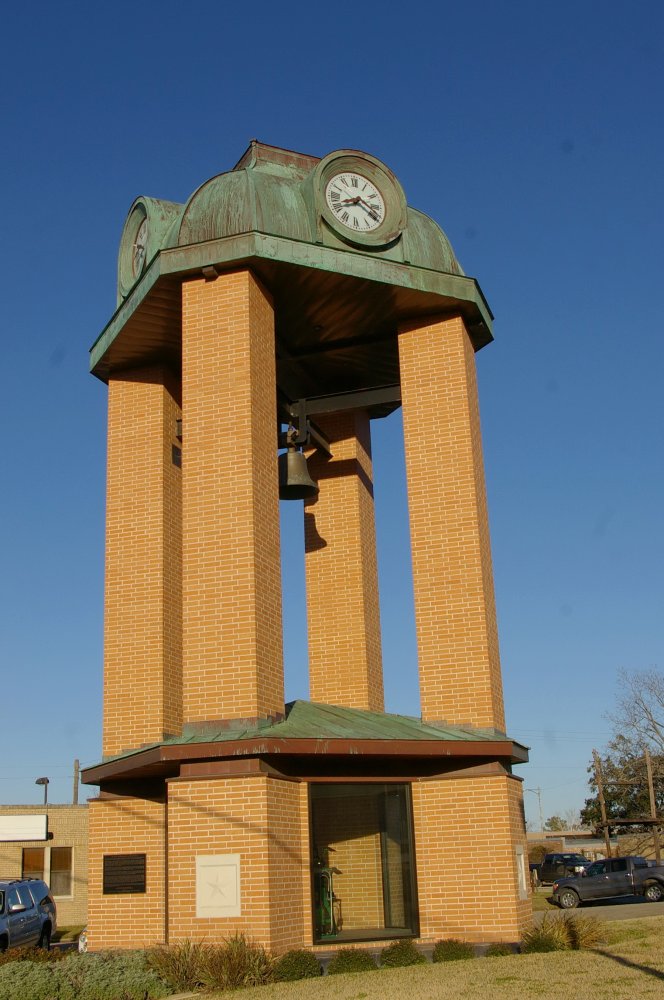 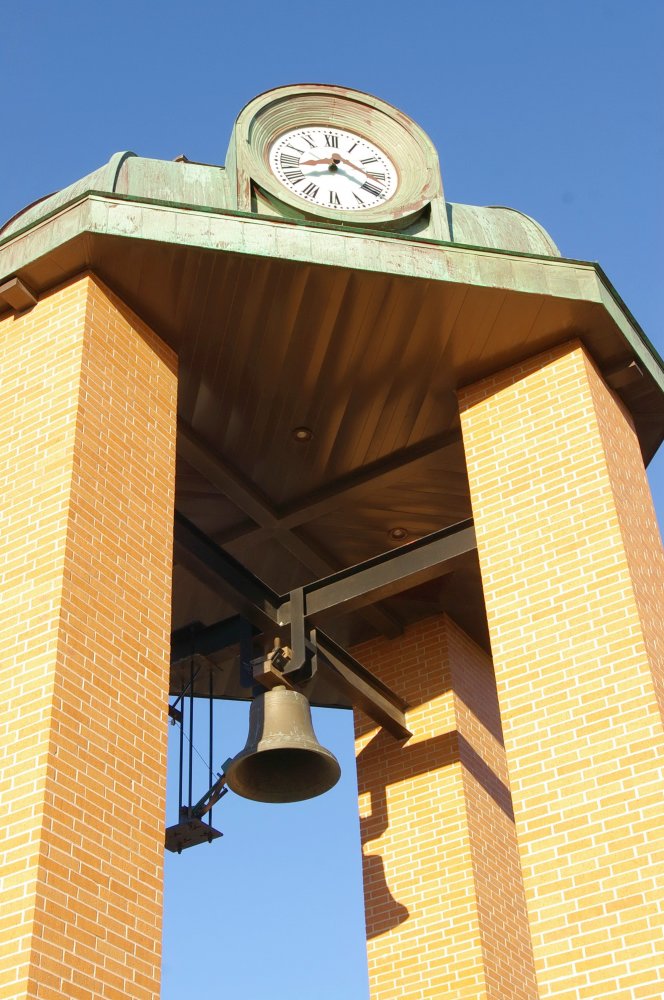