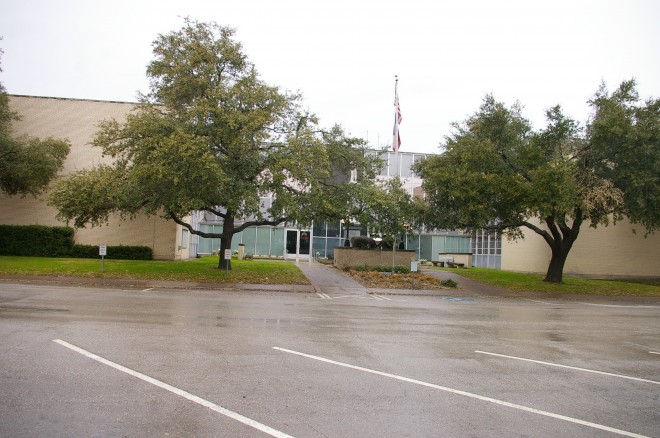 Kaufman County is named for David Spangler Kaufman, who was a Jewish Texas state senator and the first Jewish member of the United States House of Representatives.

Architect:  Wyatt C Hedrick of Fort Worth ( A Warren, Morey and McGill of Dallas )

Description:  The building faces south and is a two story buff colored brick, steel, aluminum and black colored marble structure. The building is located on landscaped grounds in the center of the city. The south front has a large recessed center section with green-blue wall paneling. The east and west wings extend forming a courtyard. The roof line is flat. 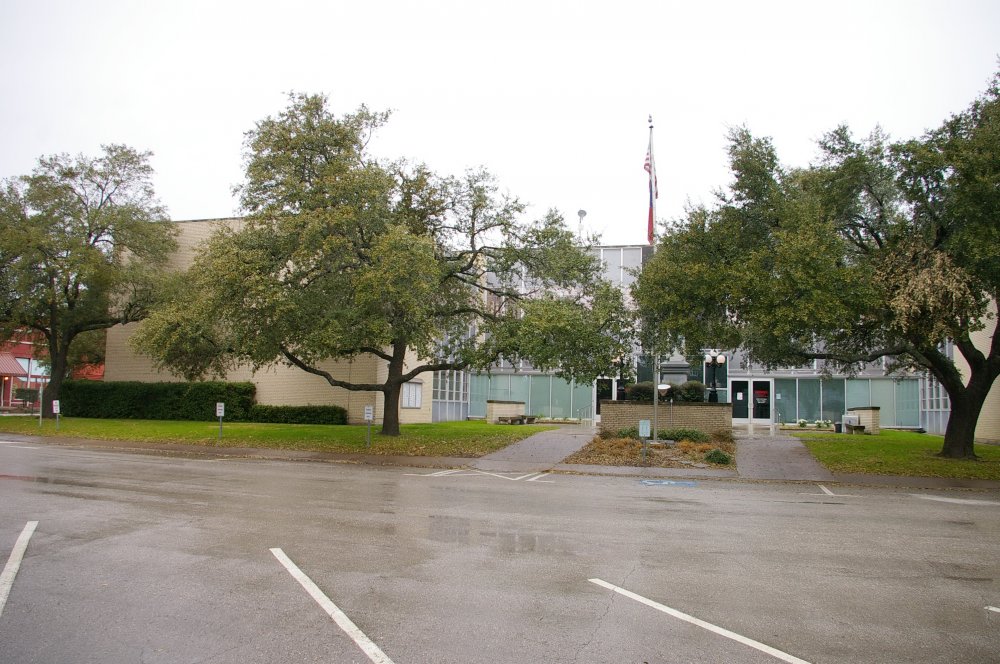 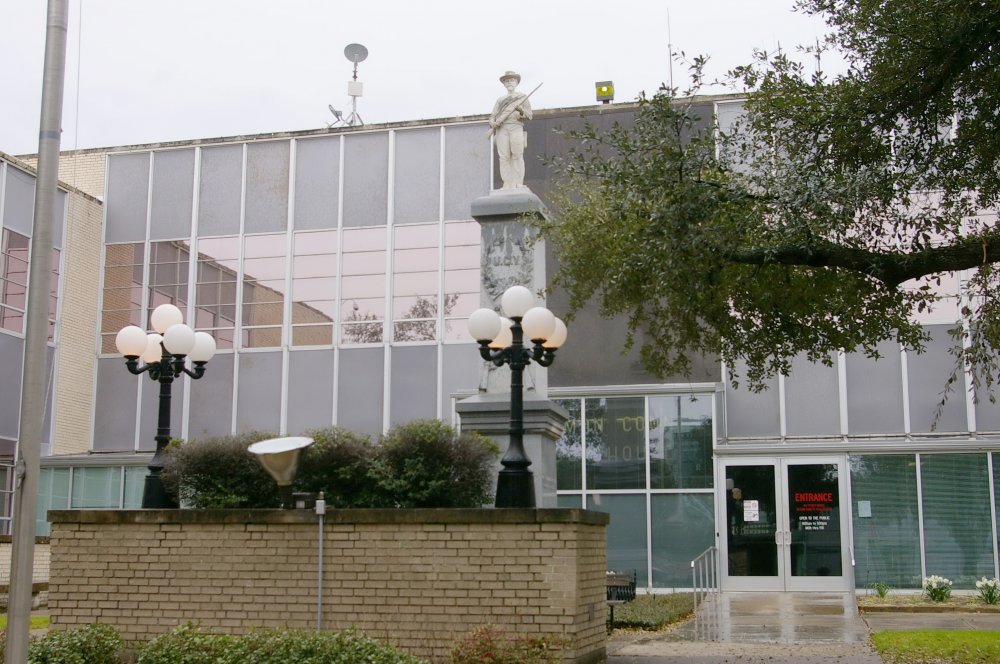 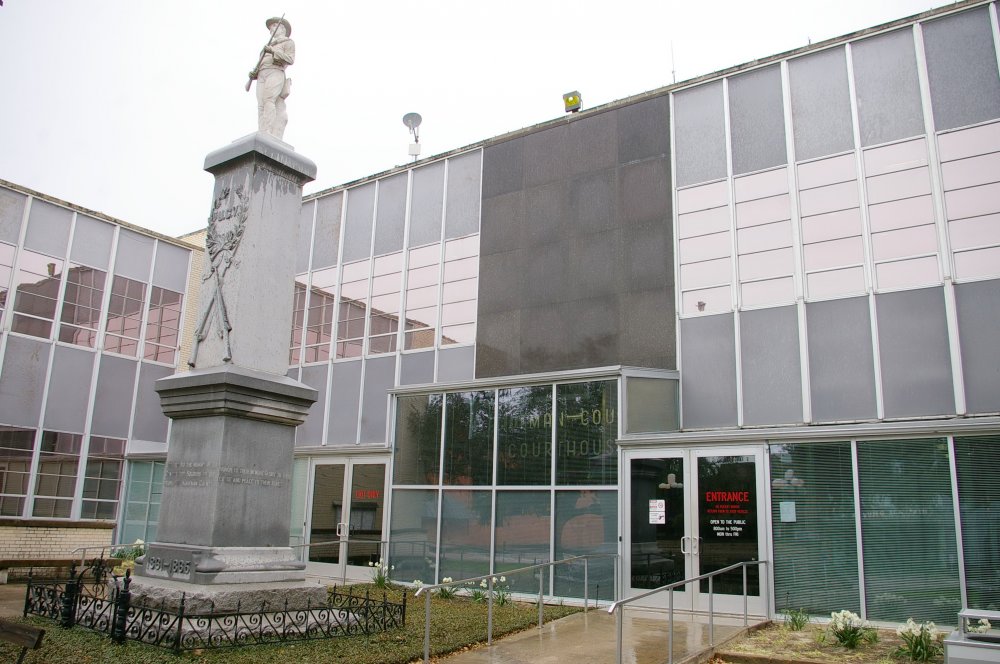 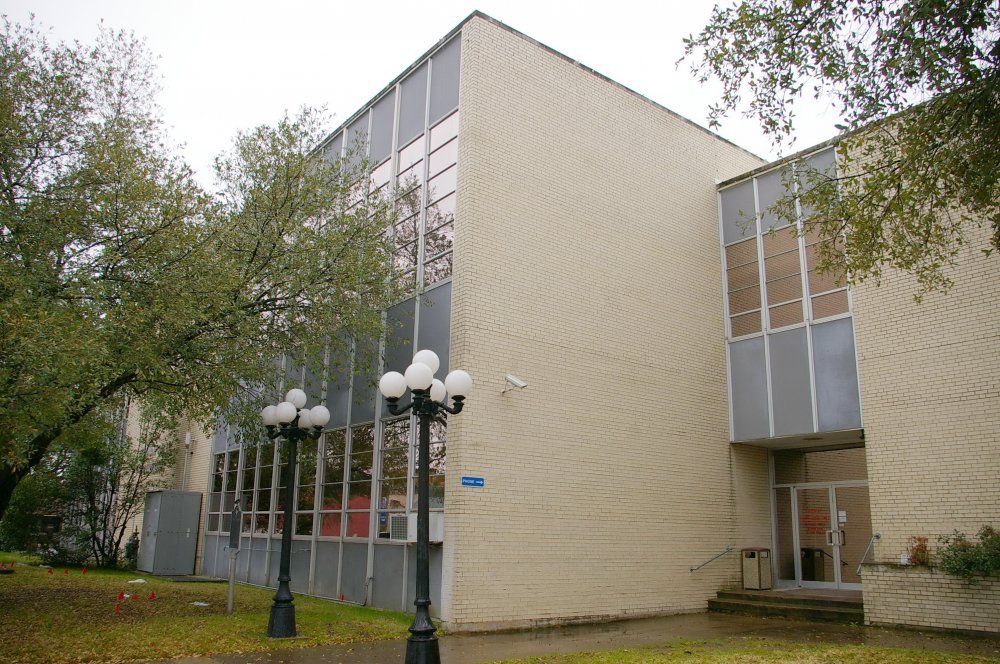 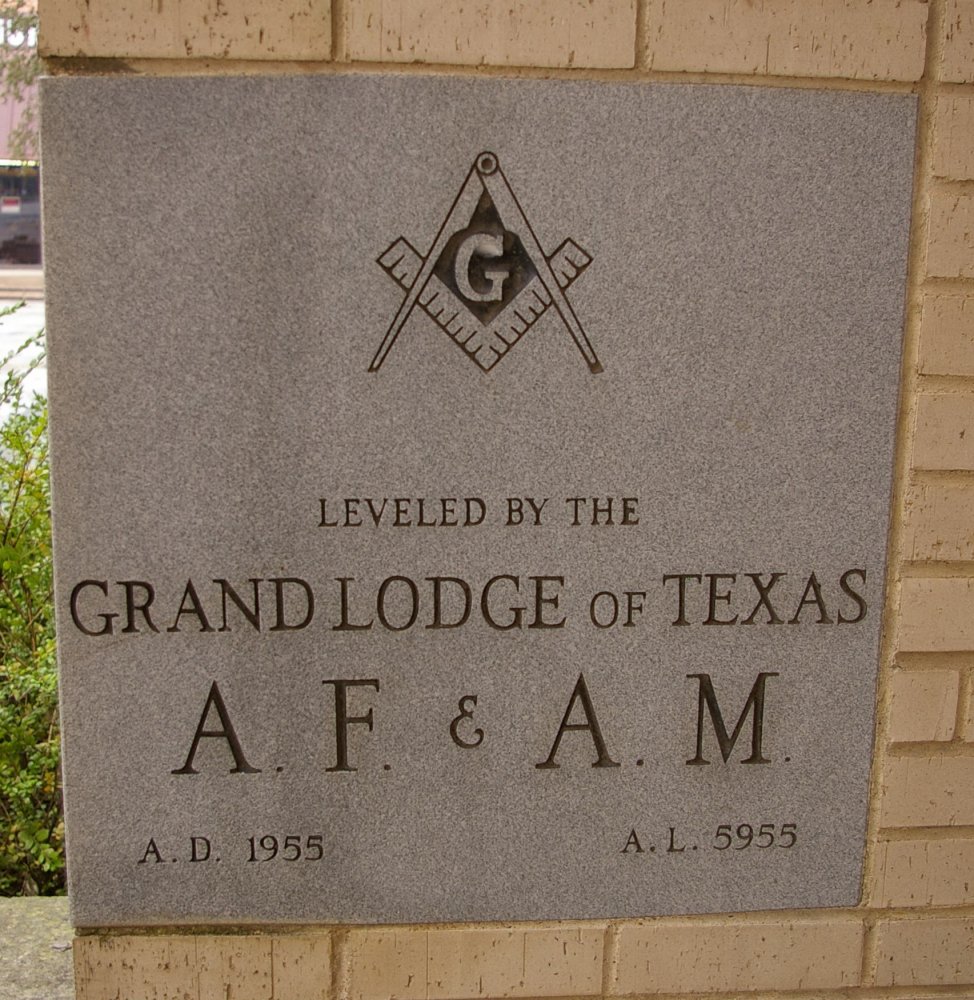 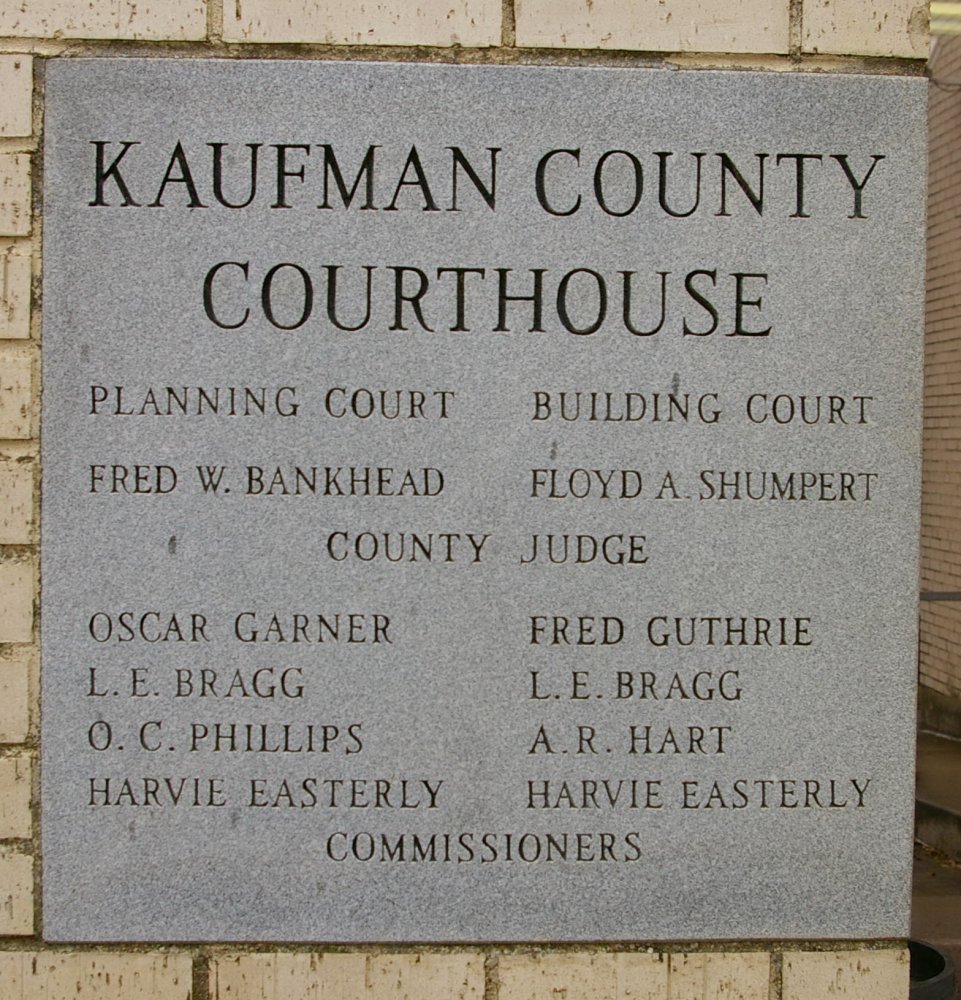 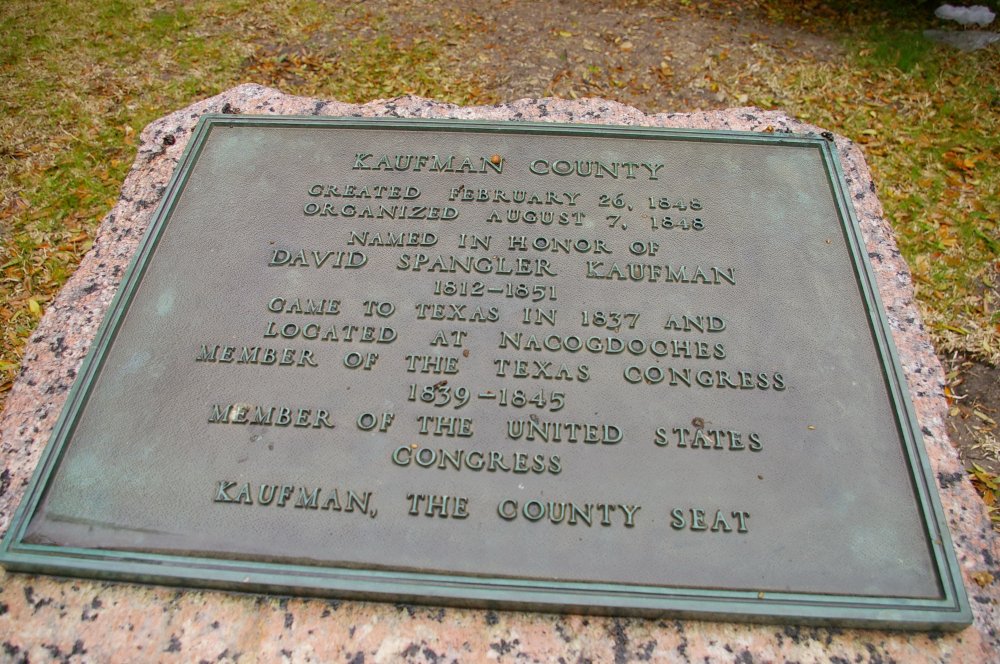 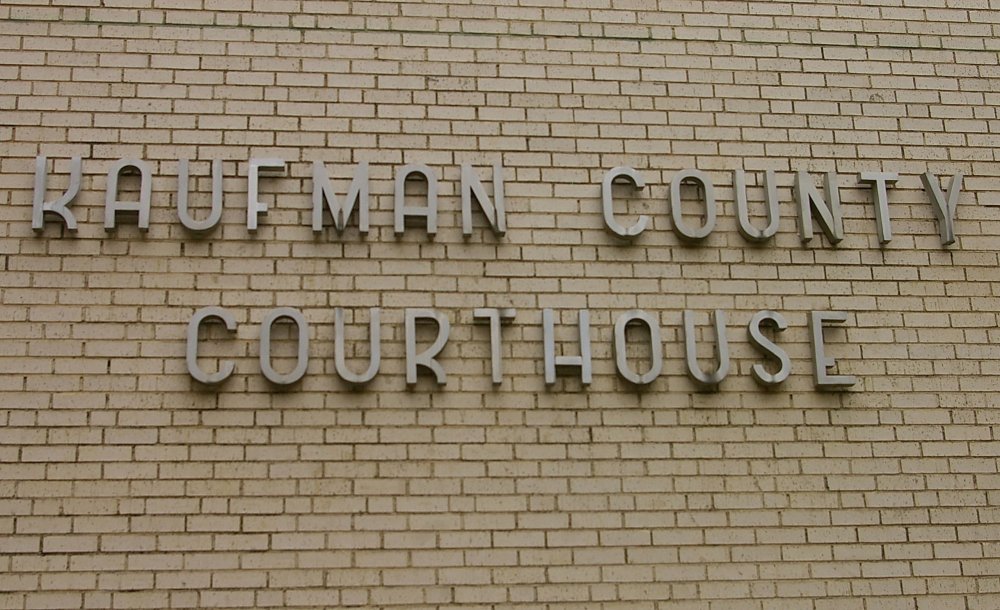 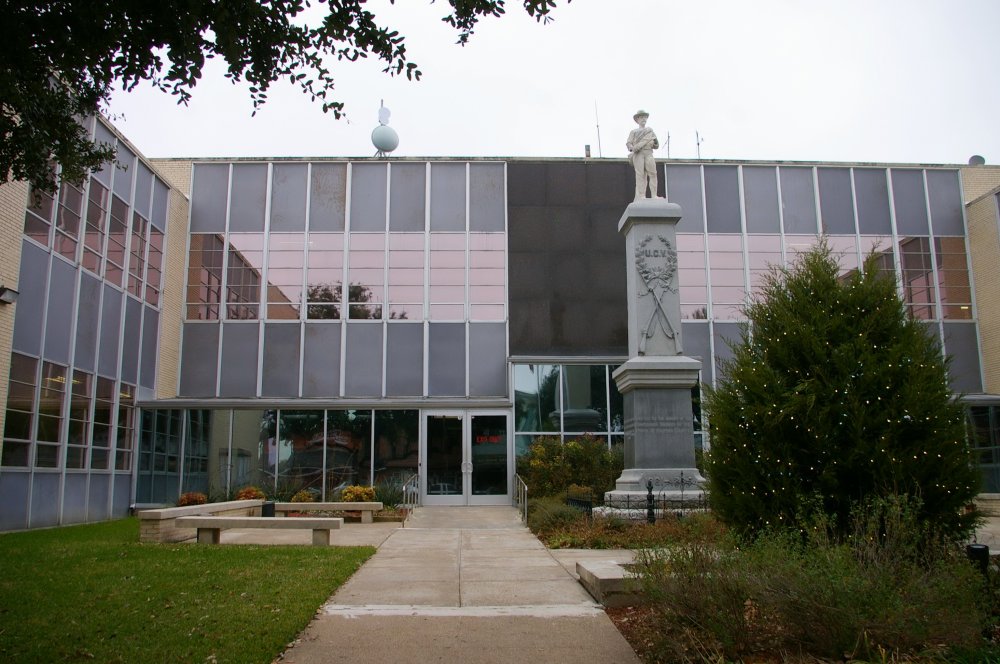 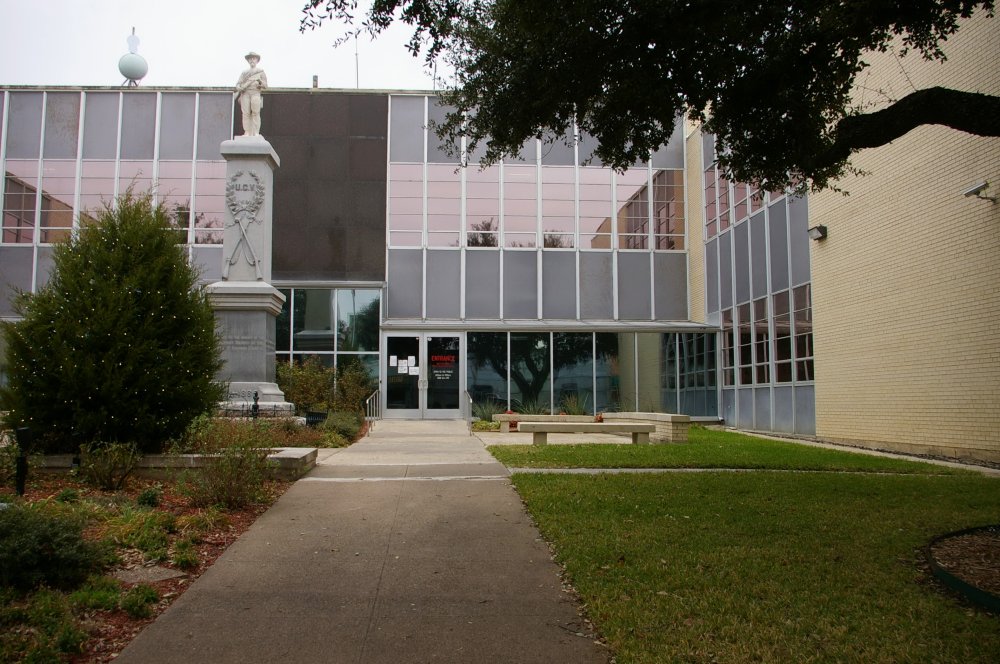 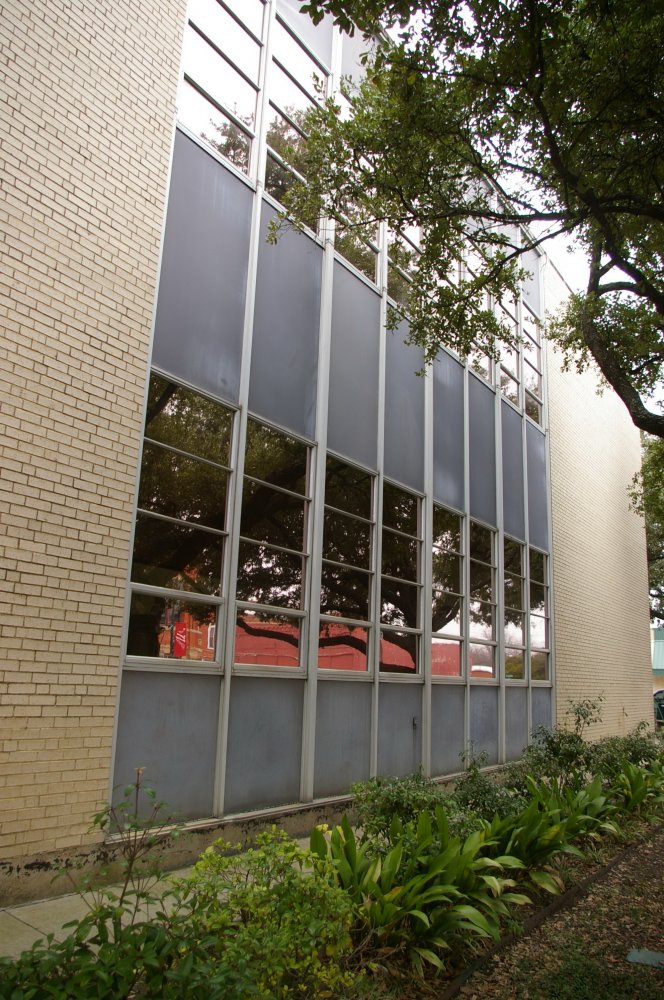