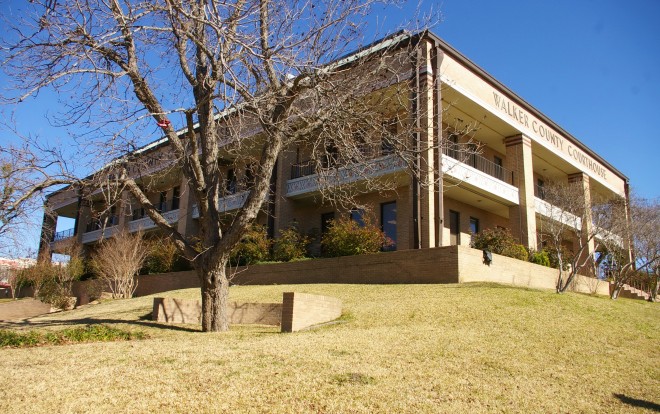 Walker County is named for Samuel Hamilton Walker, who was a Texas Ranger and a soldier in the Mexican-American War.

Description:  The building faces east and is a two story story buff colored brick, concrete and steel structure. The building is located on landscaped grounds and sits on a rise with steps to the first story. The east front and each side has a large porch with four brick pillars and balcony on the second story. The green colored roof is hipped. 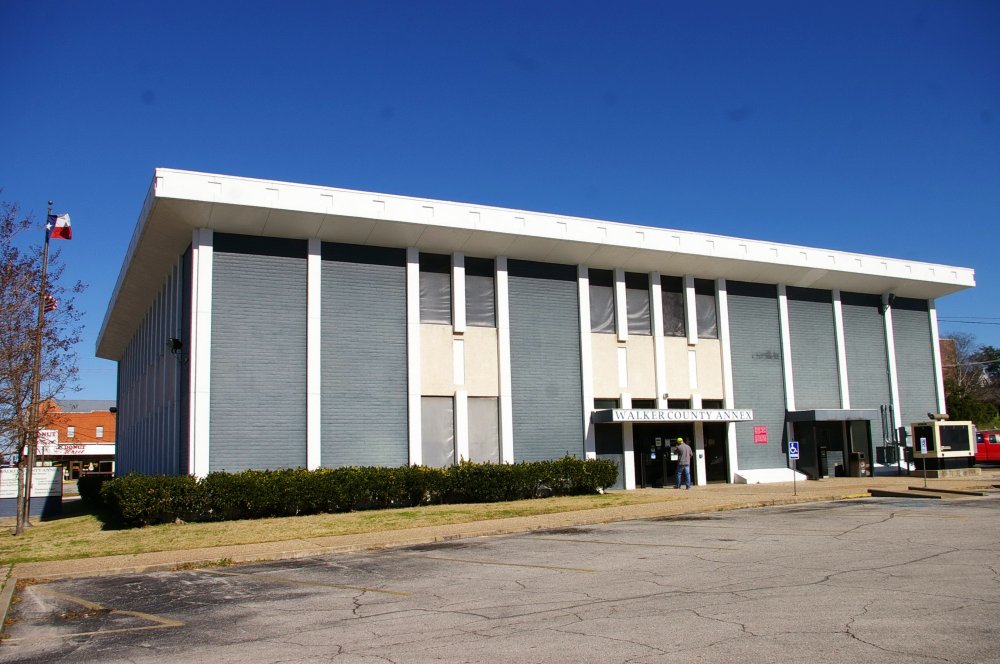 Description:  The building faces south and is a two story gray colored brick and concrete structure. The south front has a small overhang over the central entrance. White colored pilasters run across the front. The flat roof overhangs the building. 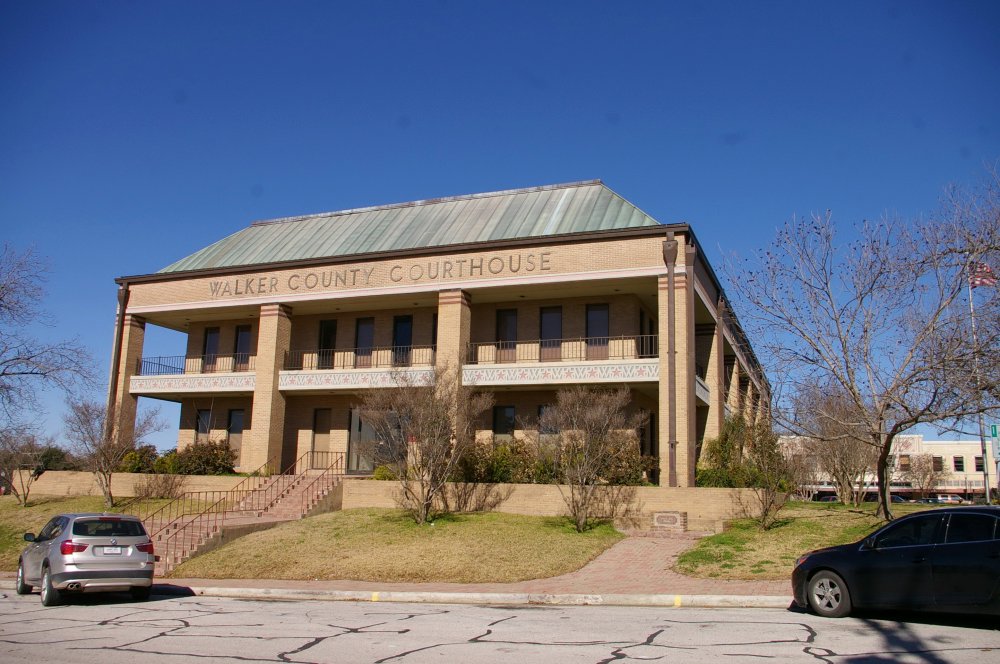 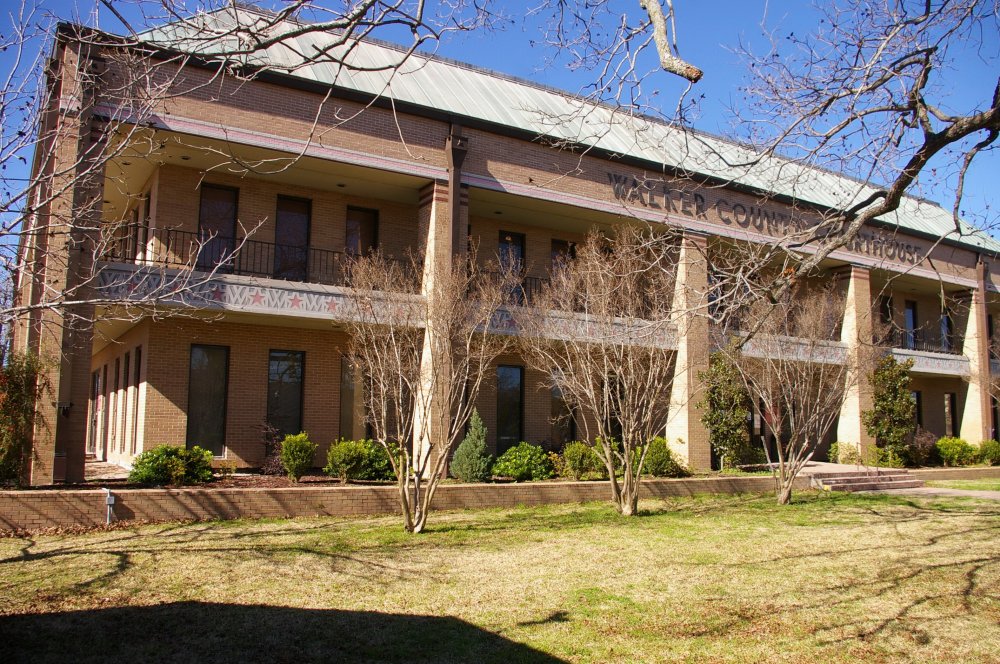 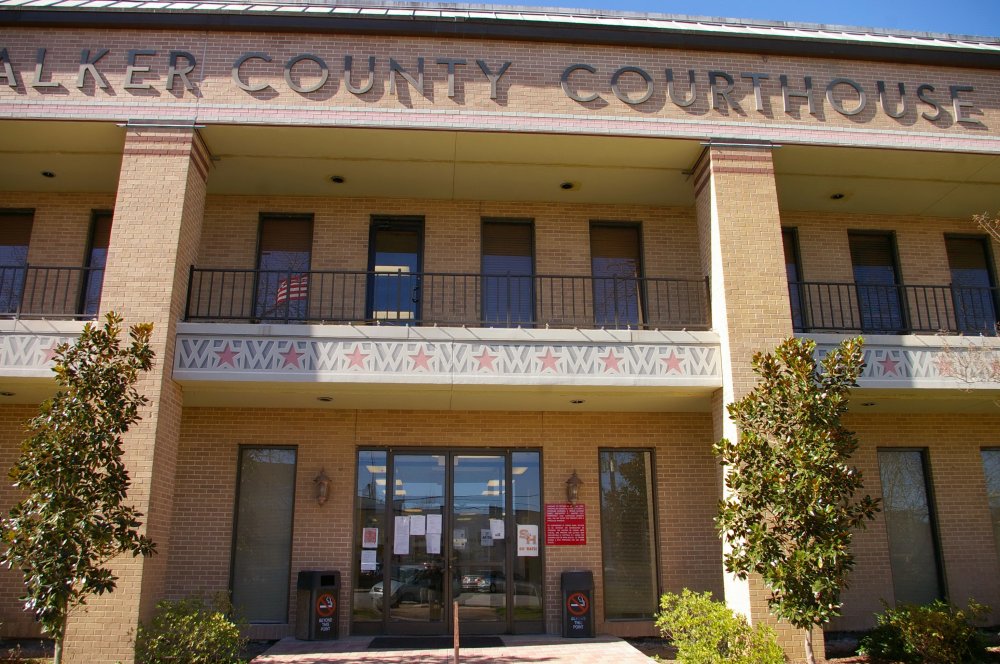 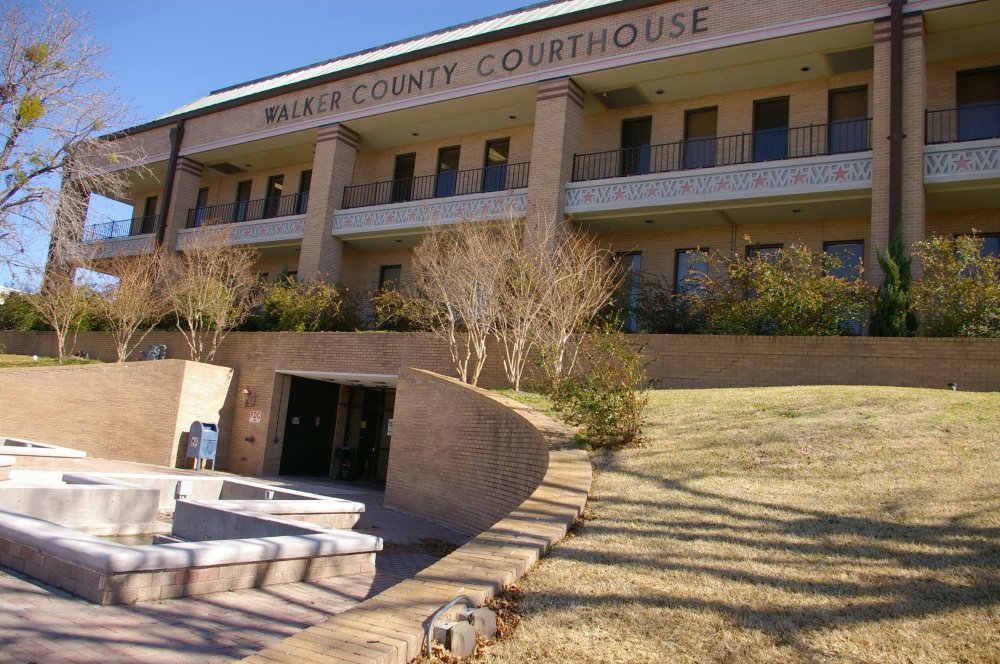 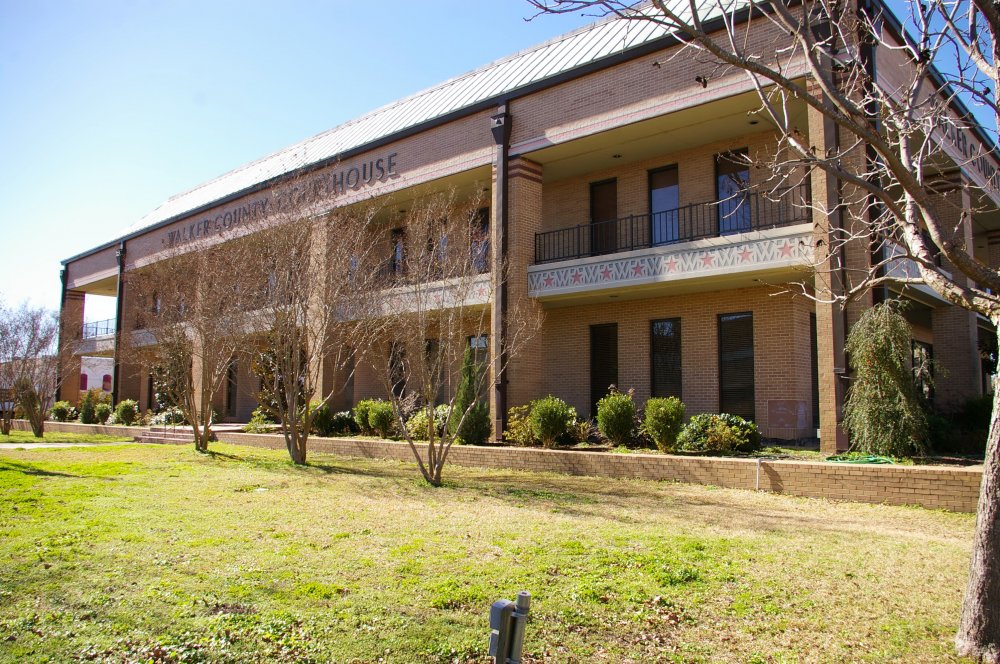 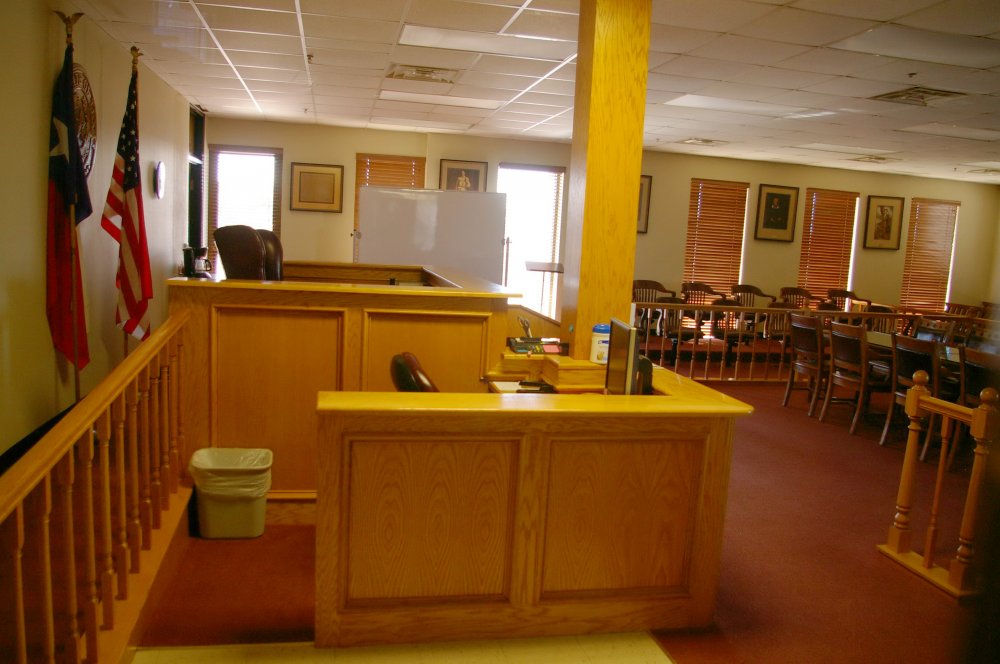